Today was the day of goodbyes. First of all from the family. I am fascinated again (on this trip) by these really deep encounters, how you can get close for a short time, how you try not to really end it after all, to make something of it even more durable, to manifest the meaning with photos and so – and then also to be able to let go again and keep these memories in yourself as heart-enriching. You will probably never see each other again (even if you express the hope of a reunion when you say goodbye – although this is of course never really excluded, who knows). And then you leave – with a sad eye because it’s over and a laughing eye because it took place at all.

In this family, the children were special. Jamat, 17, is a quietly friendly and thoroughly charming young man who loves to paint and draw and make artful shapes out of paper. I could bite myself in the ass that I didn’t photograph this. I really like his drawings – unfortunately I don’t have a photo of that either.

His younger sister Fatima is a very bright girl with big eyes that look everywhere. I could have watched her for hours, such rich facial expressions and inquisitiveness. She speaks the best English and has already won prizes for it. Prizes, by the way: you seem to get certificates and diplomas for everything here – and they are collected in folders or hung on the walls. She also likes handicrafts and drawing – and played me a song on the traditional komuz.

They probably got their painting from their father. He studied to be a teacher (where he met his wife – far away, but their families lived quite close to each other), but that doesn’t pay much and so he painted for a while and sold it. He also had commissioned works for the pictures in the cemeteries (to which later).

The little Grand Master – I don’t even know what his name is – is a very idiosyncratic character who lives a bit in his own world. He doesn’t come to meals and eats when he pleases. Besides – we already know – he is an excellent chess player at the age of 7. Just before bedtime, he suddenly stood next to me in his underwear and pressed a small felt yurt into my hand. From the family as a souvenir.

I was the first foreign guest with them and they were very happy about that. I hope I made a good impression.

No one had to get up super early this time because we had treated ourselves to a delicious cake late at night, which the wife baked quickly. That should get her through the Ramadan fast. So then bye bye and Rakhat and I went to the bus station. There, either minibuses or shared taxis leave. Unfortunately, only when they are full. And in the countryside there, it takes time and we could still walk around a bit. 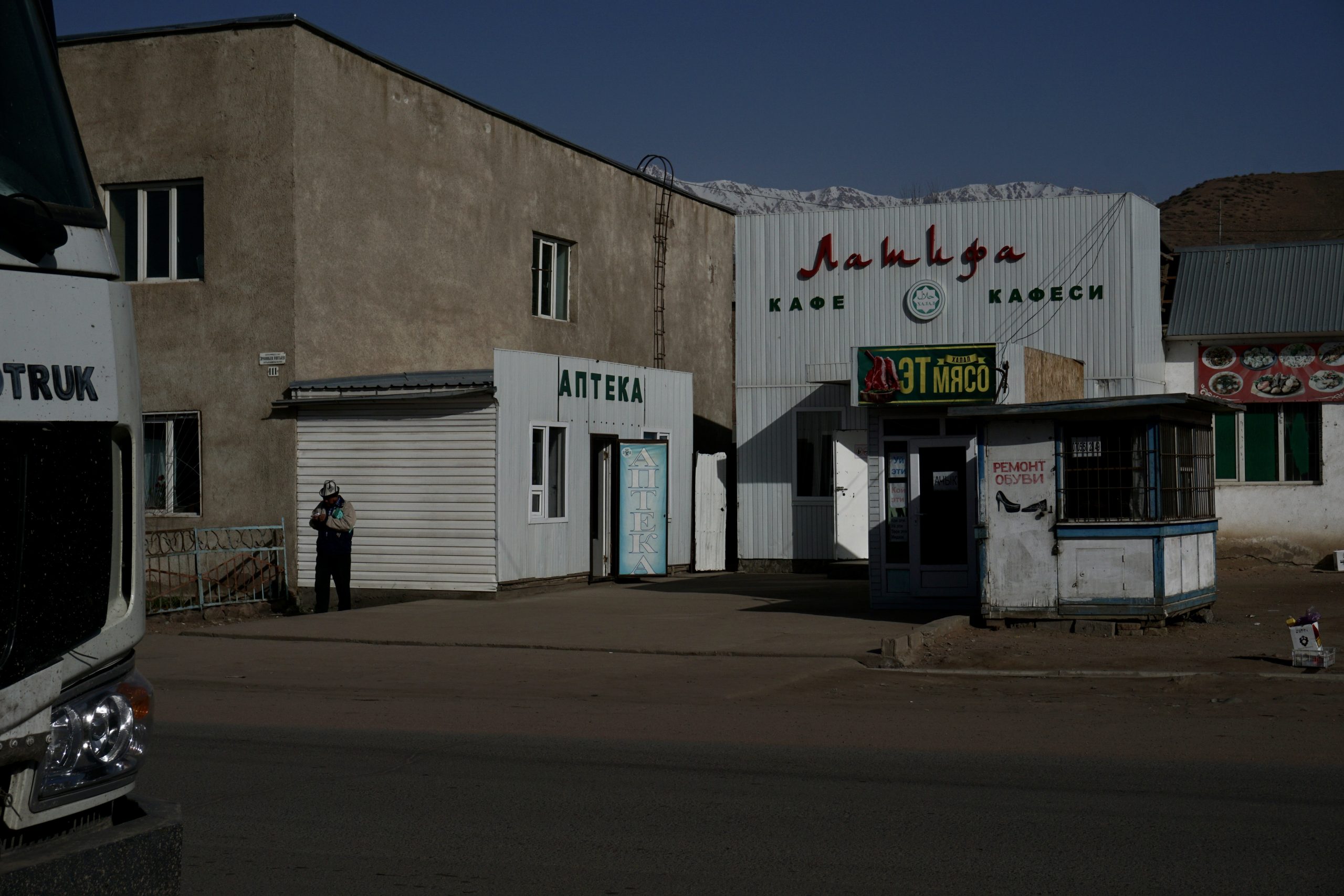 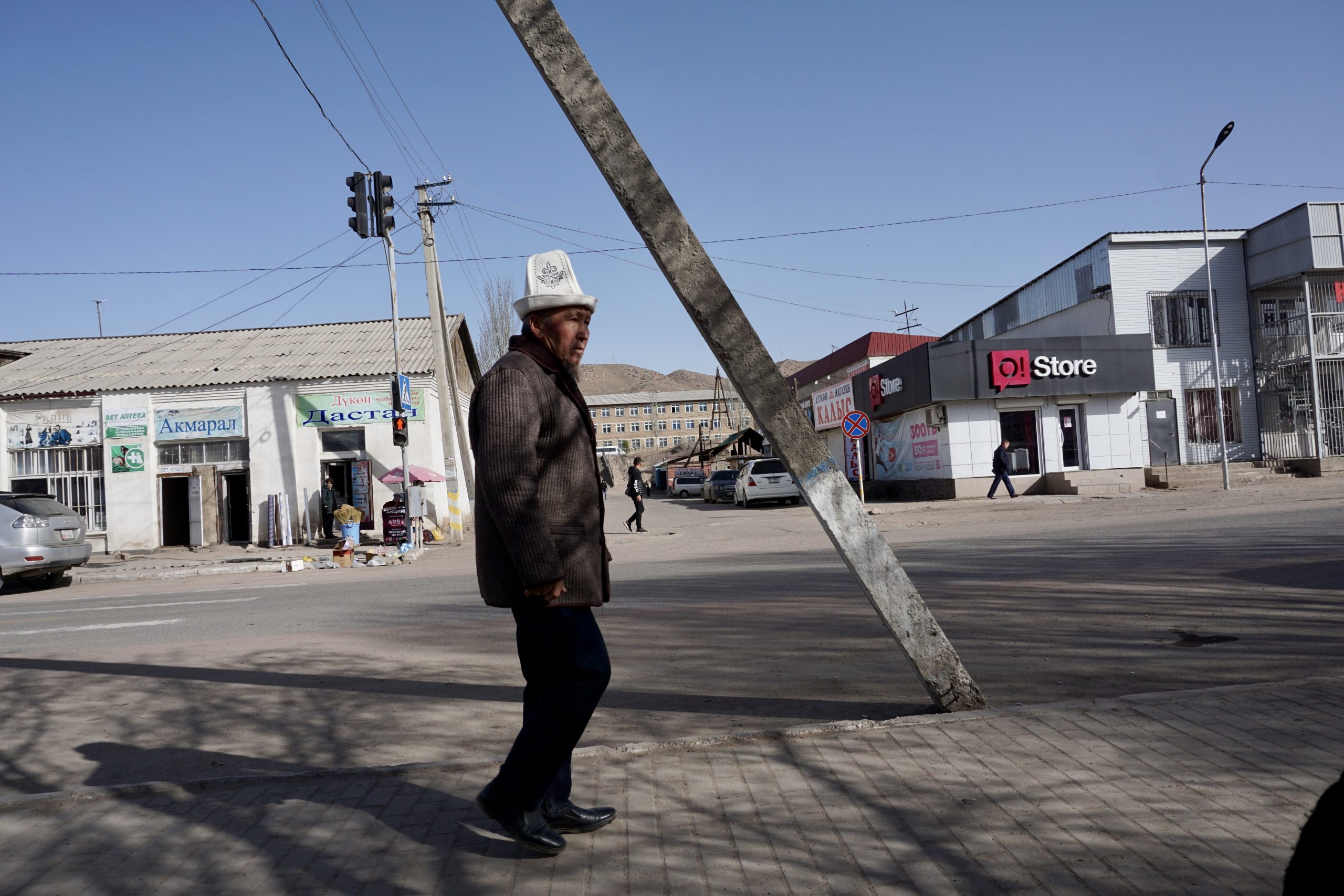 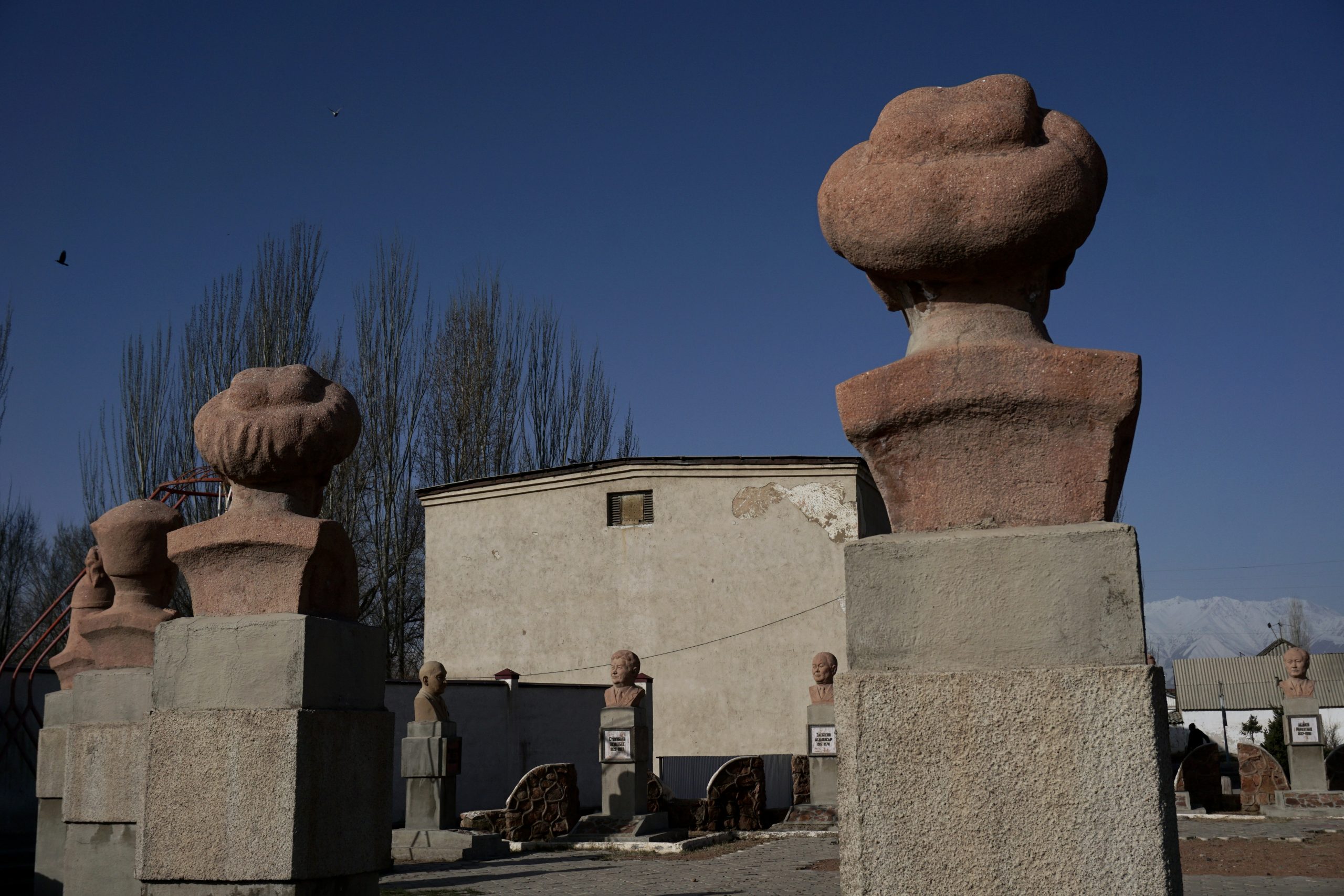 Here, too, one enjoys the busts

And then Rakhat had another surprise in store. We went into a simple general shop – and the woman parleyed with me perfectly (well, she did, I rather stammered) in French. She had studied – but we don’t know how she ended up in this shop. 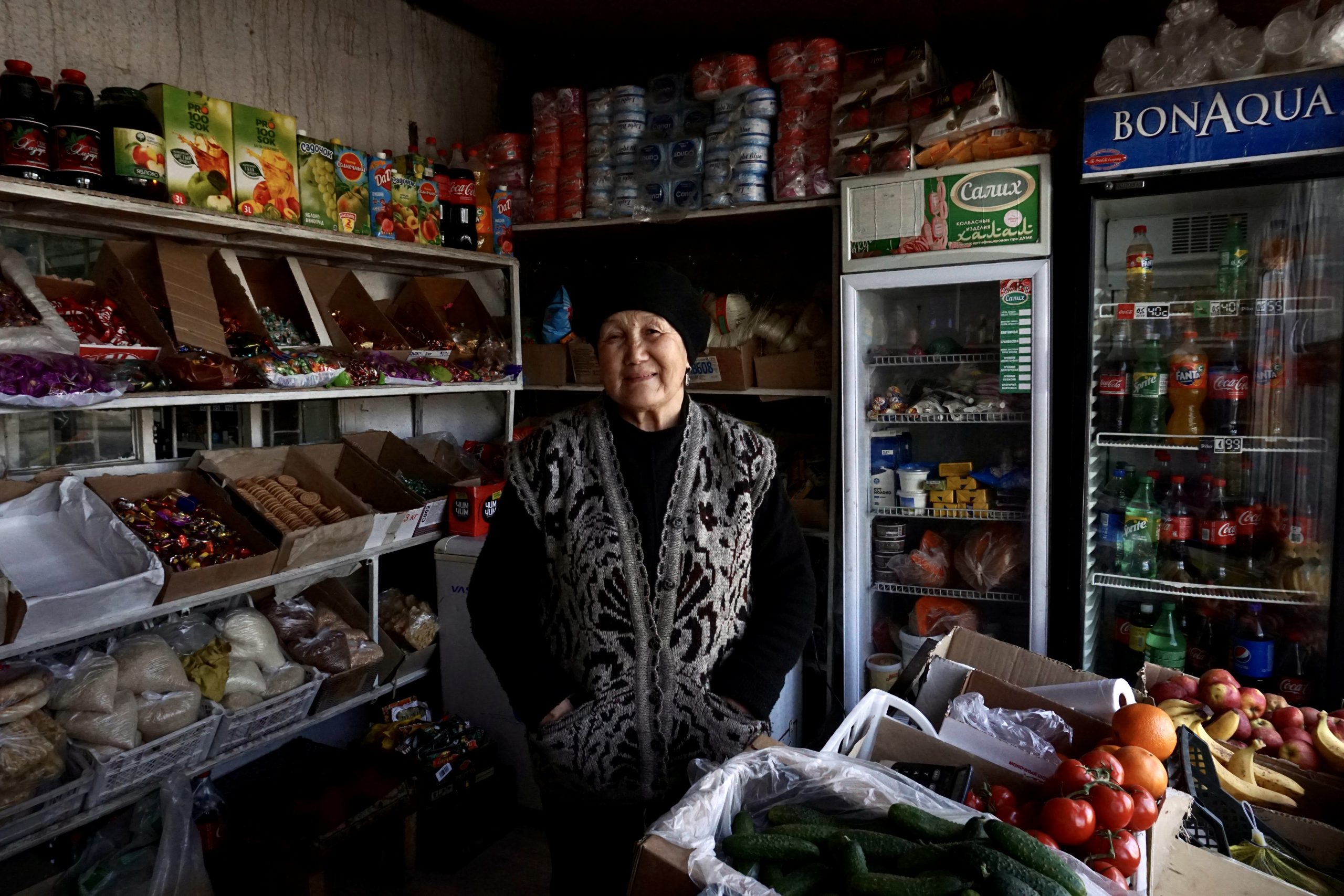 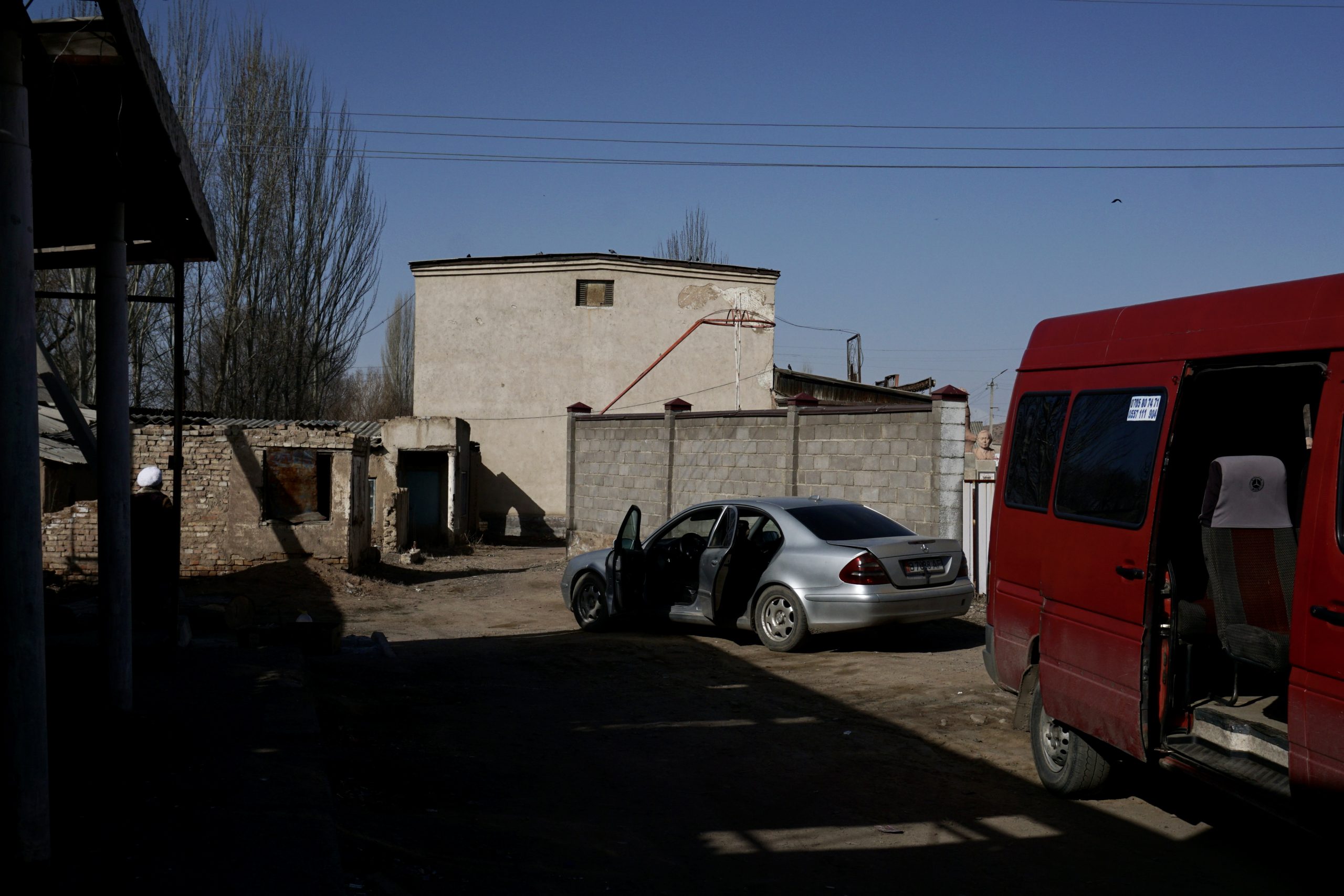 And then the shared taxi was full and we sped off again. The occupants of the car were duly surprised that I was travelling in their country with the bad roads, I could have been more comfortable. Besides, they find this area too barren and dry. They hardly believed that I know even worse roads and exhausting long drives in India. I again enjoyed the views to the left and right. 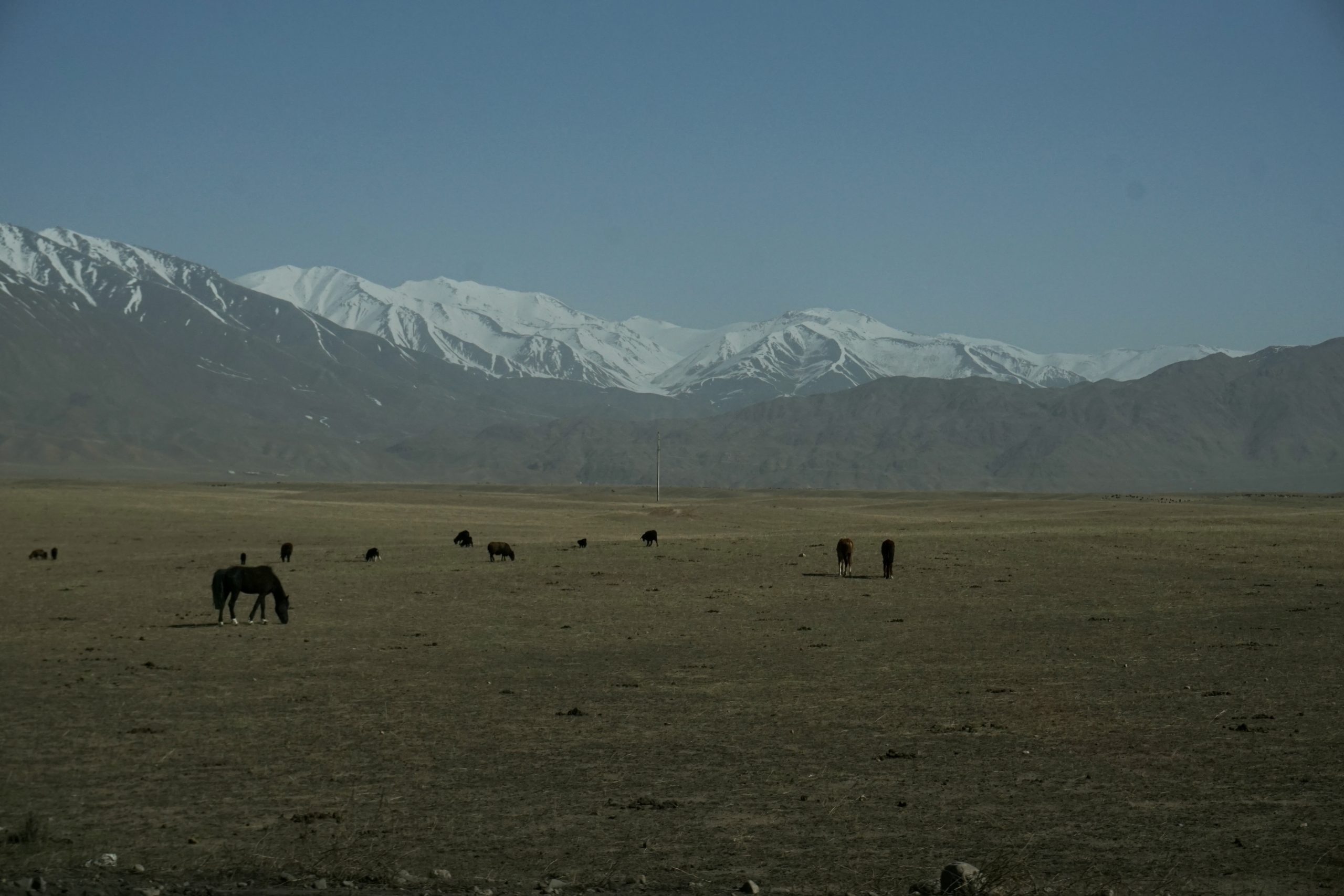 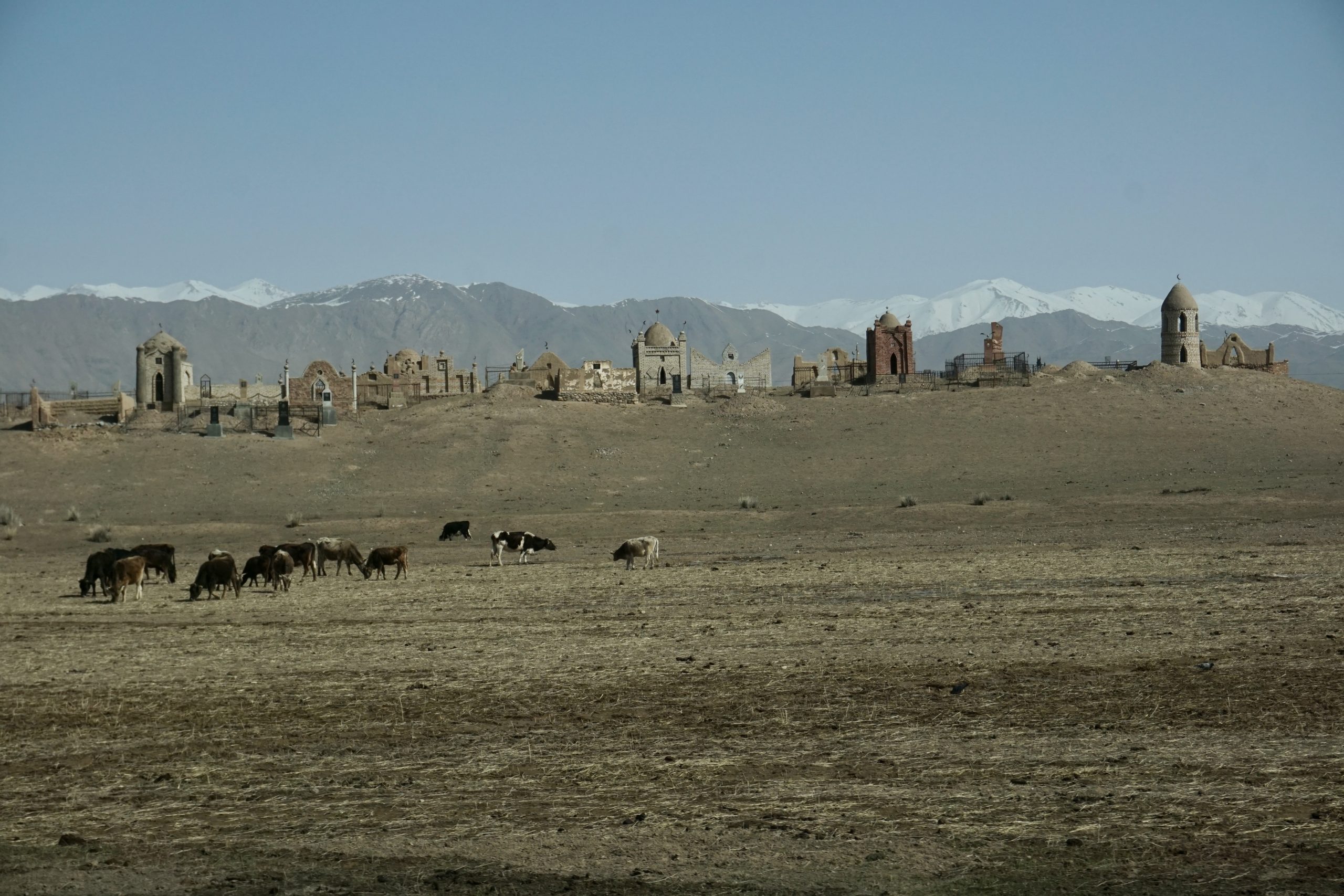 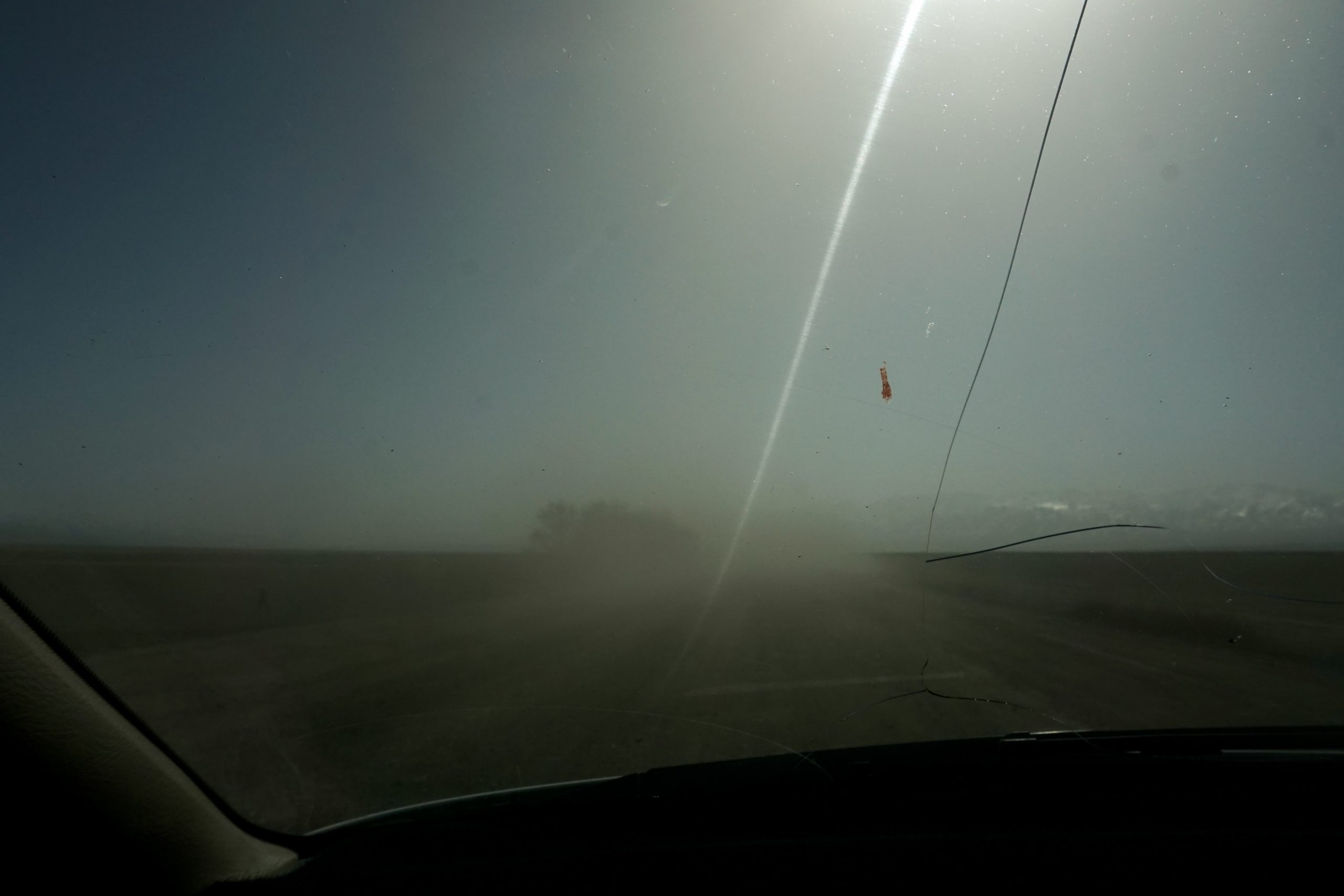 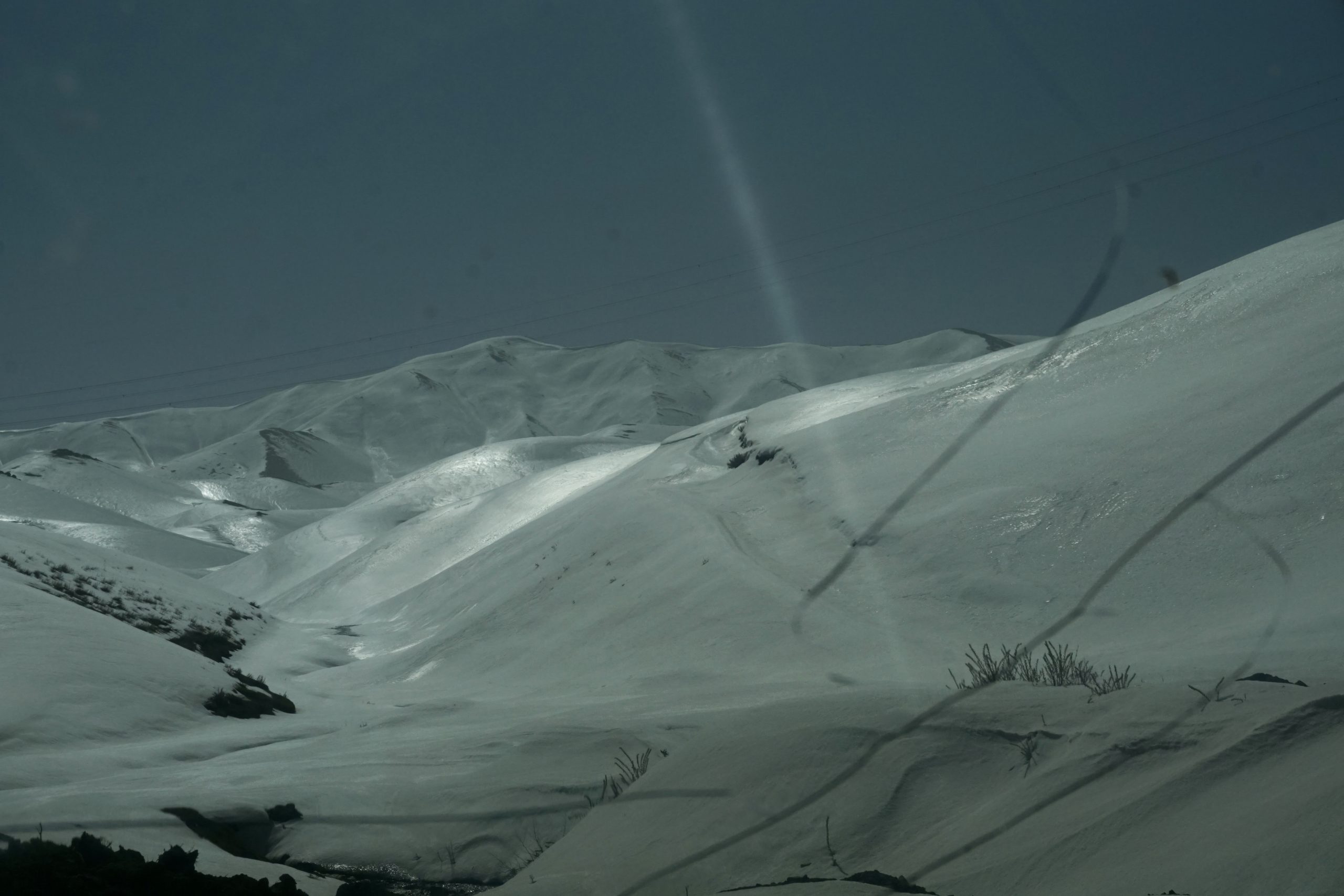 at the pass there was still lots of snow

And then we were back in Kochkor and the next goodbye was approaching. But first we had something to eat. 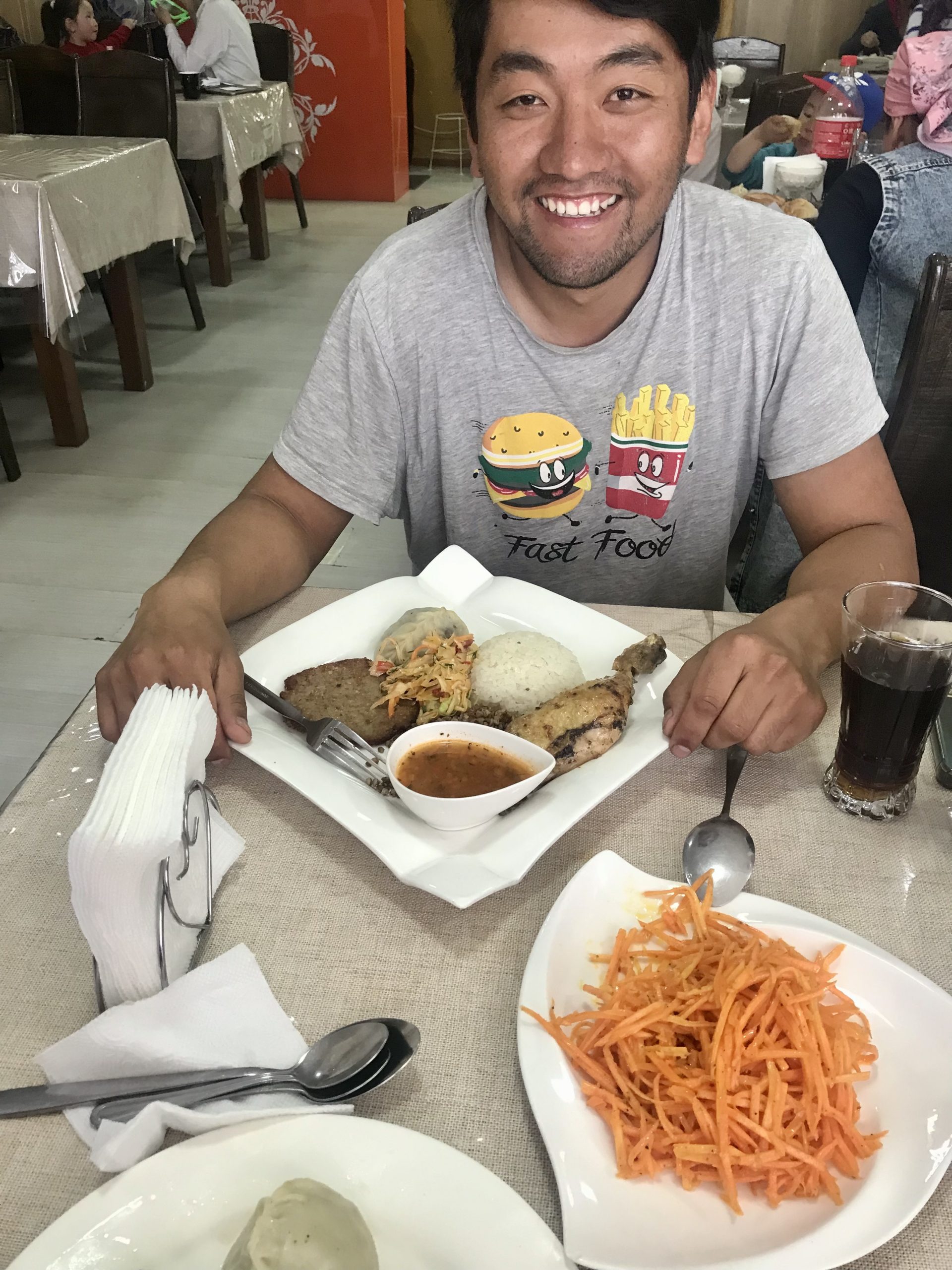 Note: my carrot salad! I’m definitely missing a bigger vegetable factor in my food. – Hahaha, only now when I uploaded it did I notice Rakhat’s matching T-shirt 🙂

Being on the road with Rakhat was a great fit. We have an age difference of easily 32 years, but it felt rather chubby and good friends. We told each other loads of stories from our lives (me more – I had more time to collect them) and laughed a lot (that was the best) and philosophised about life. I probably got on his nerves with my many Ladakh comparisons – but this time in Kyrgyzstan comes very close emotionally. I found it very harmonious – and with whom can you spend such relatively close various days together so well.

Of course, it was a risk for him – after a long breakfast and airport pick-up, he hardly knew me. And who doesn’t sometimes talk about how uncomplicated they are – only to realise that there are more problems to deal with things. I had that too, but actually “only” about the food sometimes. And slight insecurities about whether I was behaving properly. Of course, it was also a risk for me. But so far, my first feelings about people have rarely really deceived me. But I had no idea that it would really work out so well.

But here I didn’t quite have the feeling that it would be goodbye forever. He is now travelling with someone else and it is unclear whether he will be in Bishkek on my last day. But I think it’s quite possible to come here again – or meet up somewhere else in the world.

Thank you Rakhat for this wonderful time with you! 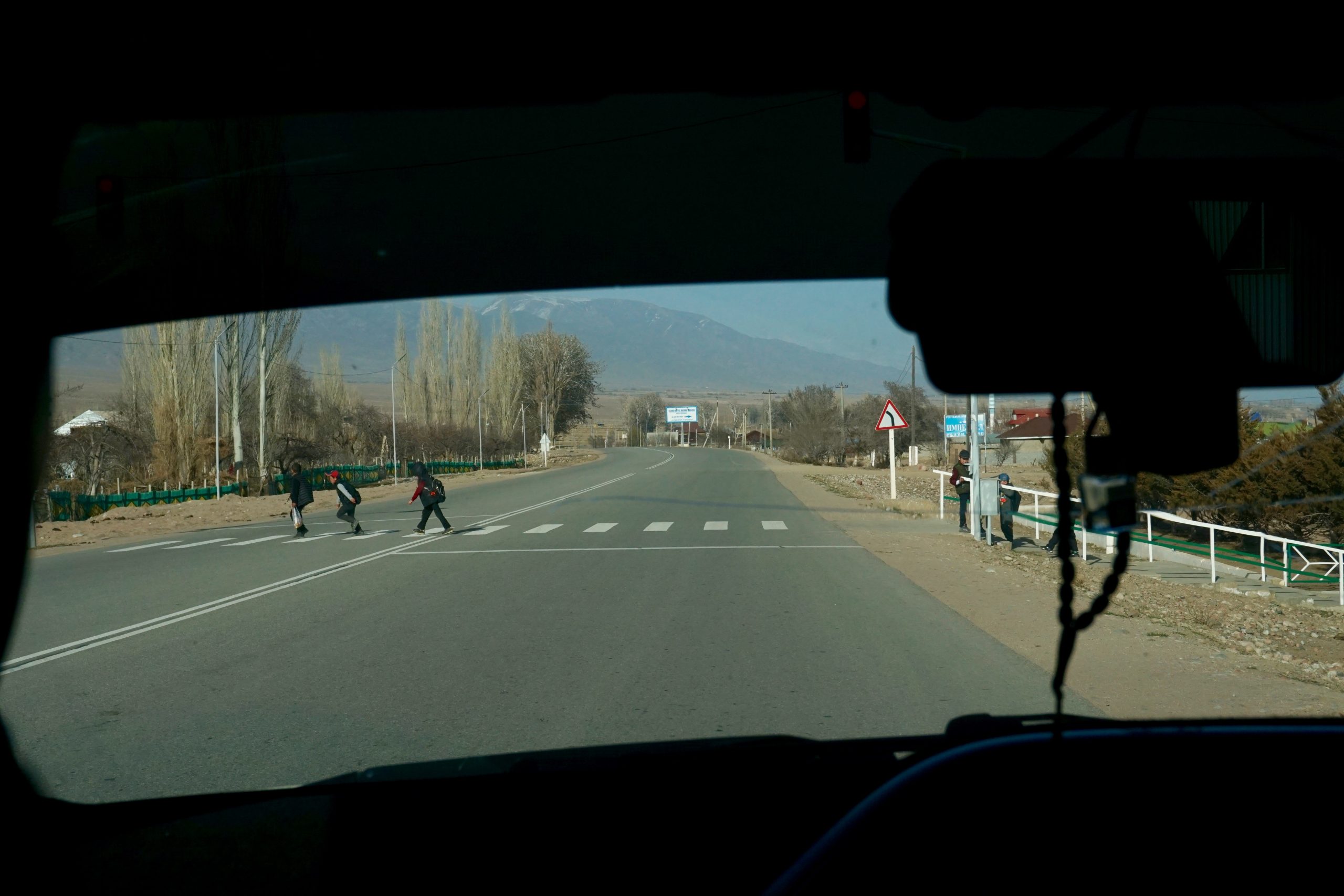 And then I was in another shared taxi without him and it felt strange at first. I had to change vehicles again and then I arrived in Chon-Sary-Oy and you can read about what it was like there in the next blog post.