Goluboi Sanatorium is located in Cholpon Ata, the largest village on the north side of Issyk Kul. The north side is much more touristy as the sun shines much better there. There are many resorts, holiday accommodation, beaches and amusements. In the summer, it’s probably a hive of activity. Not in the off-season. 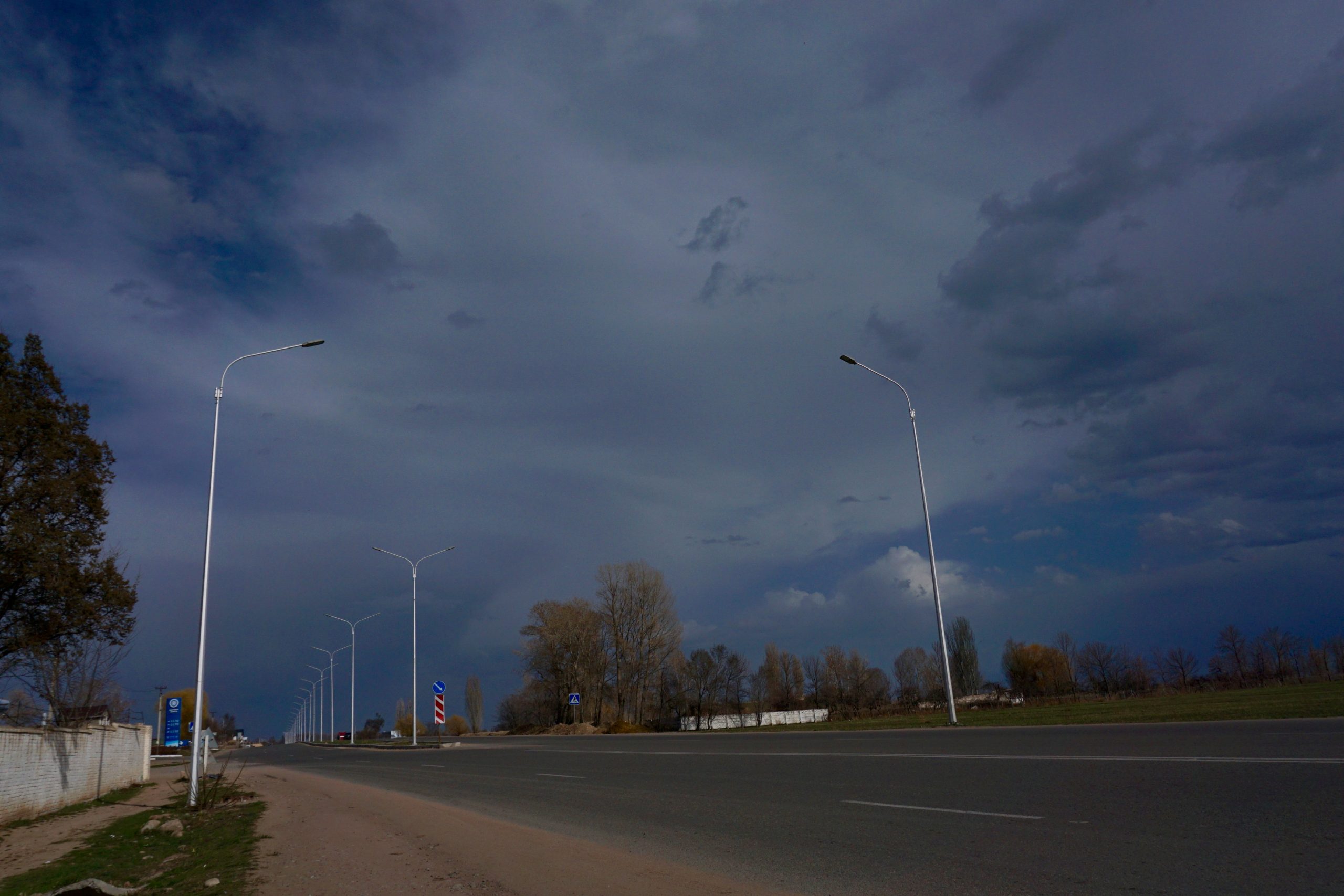 nothing going on on the big road 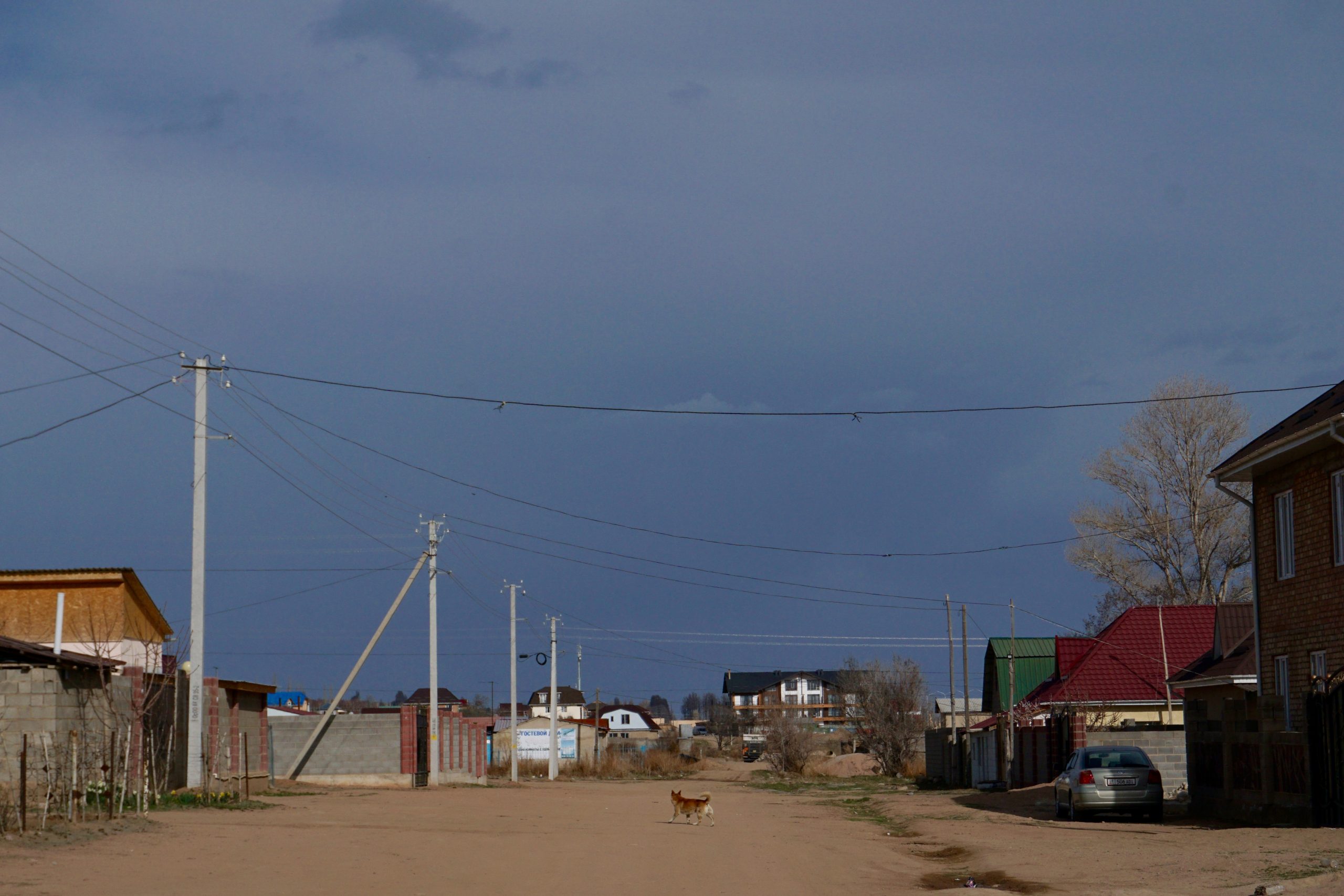 nothing going on on the small road

You can see mosques in almost every town. Not so big, but clearly visible and rather recent. However, the muezzin call is hardly ever heard. After the Soviet era, there were obviously eager people at work and they created the Islamic infrastructure. However, there is a lack of strong believers. You see women wearing headscarves and people observing Ramadan, but you don’t really have the impression that you are in a country with 80% Muslims. The petrol stations also look rather splendid and new. 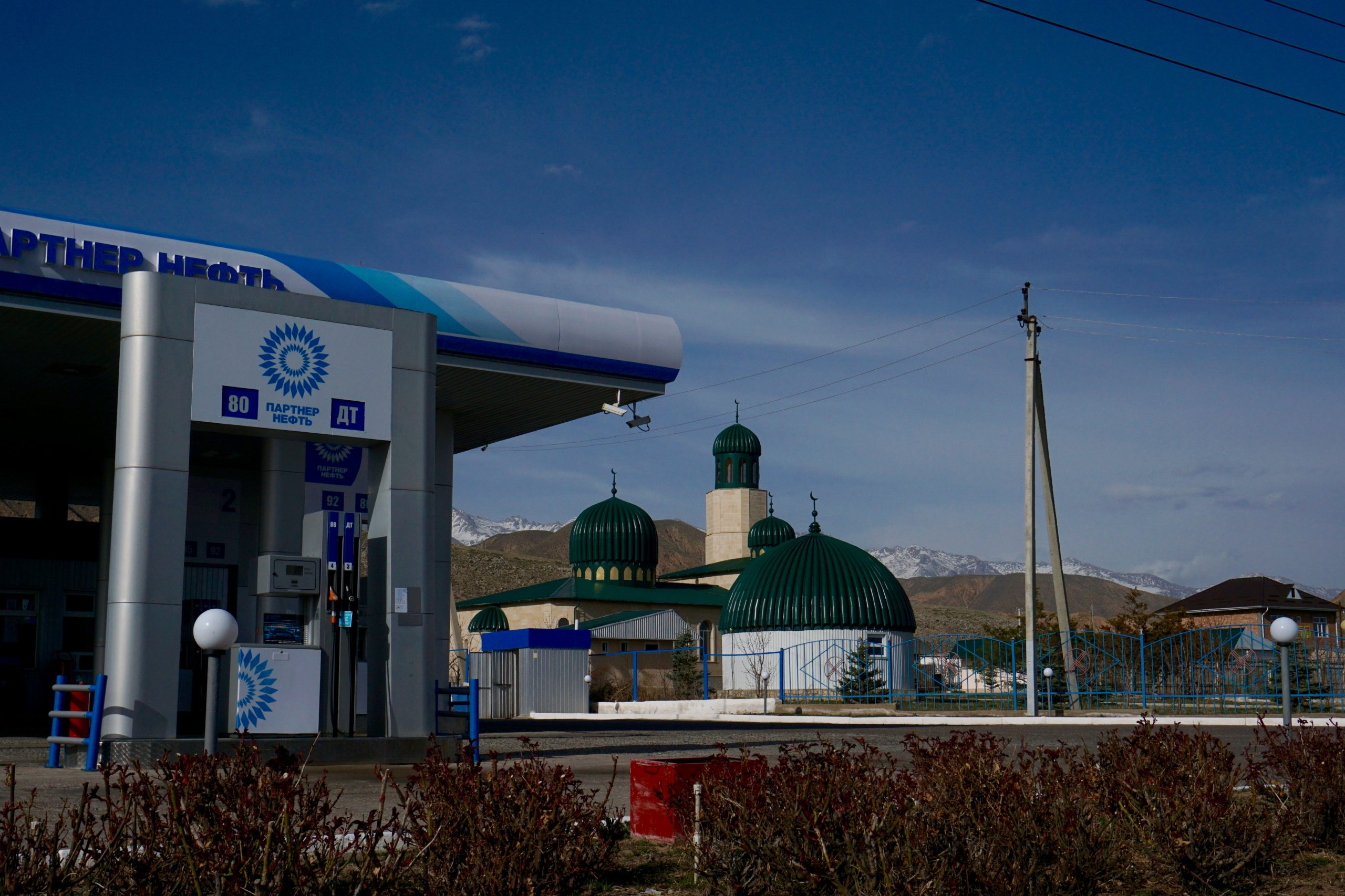 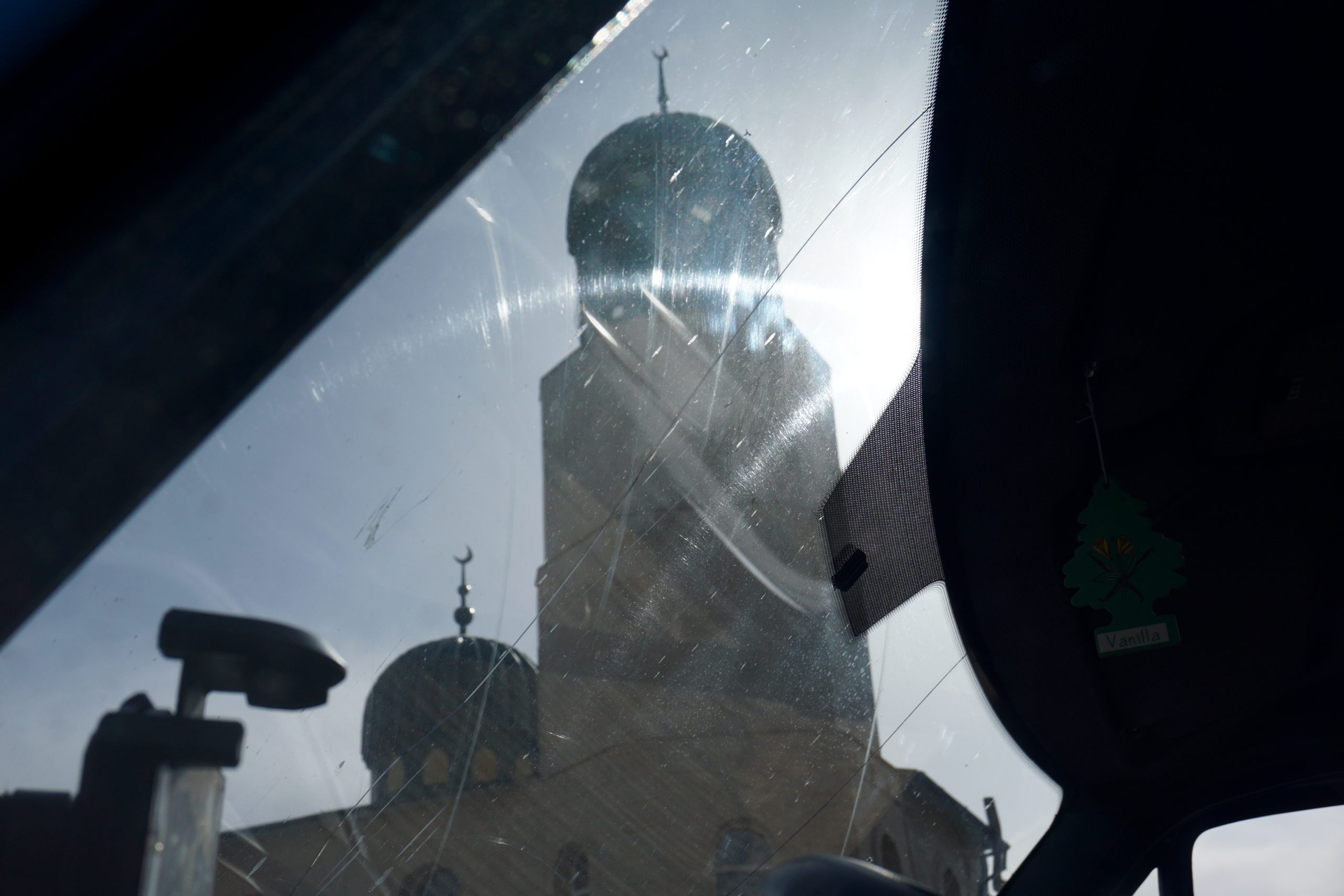 On the day with the mud treatment, I decided to go for a hike after lunch to the petroglyphs 4-5 km away. I always like to walk because maps.me often makes good suggestions and I usually see a bit more.

But first I visited a special site: Rukh Ordo. This is a very special place, it has something of an open-air museum, but somehow not. It is a large complex where various buildings, structures and sculptures are laid out in harmonious beauty. Pleasant music sounded from small stone dummies. There are buildings of the world religions Islam, Buddhism, Christianity (divided into “normal Christian” and Russian Orthodox) and Judaism. Despite all the Indians here, no Hinduism. 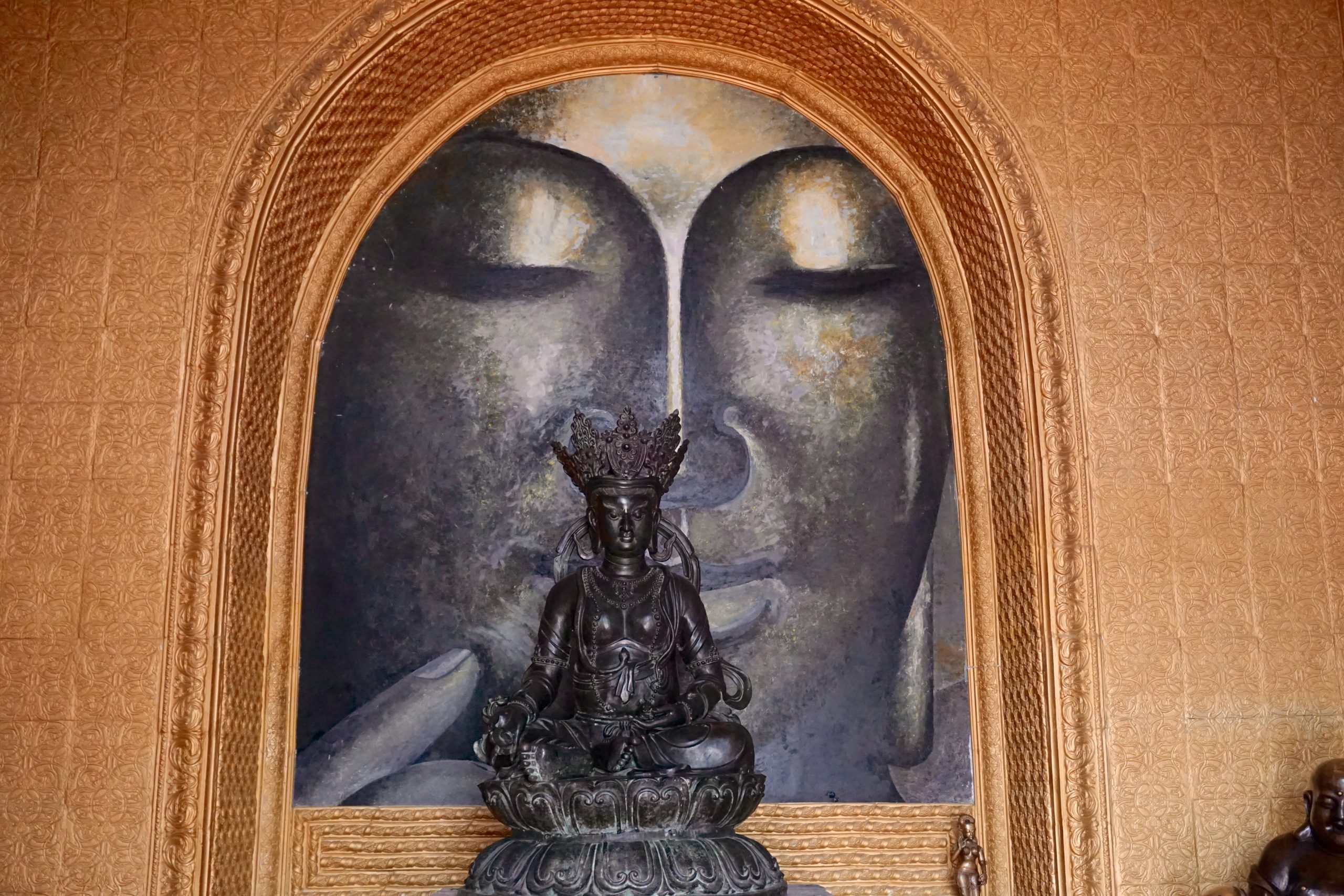 There is a huge Aitmatov room 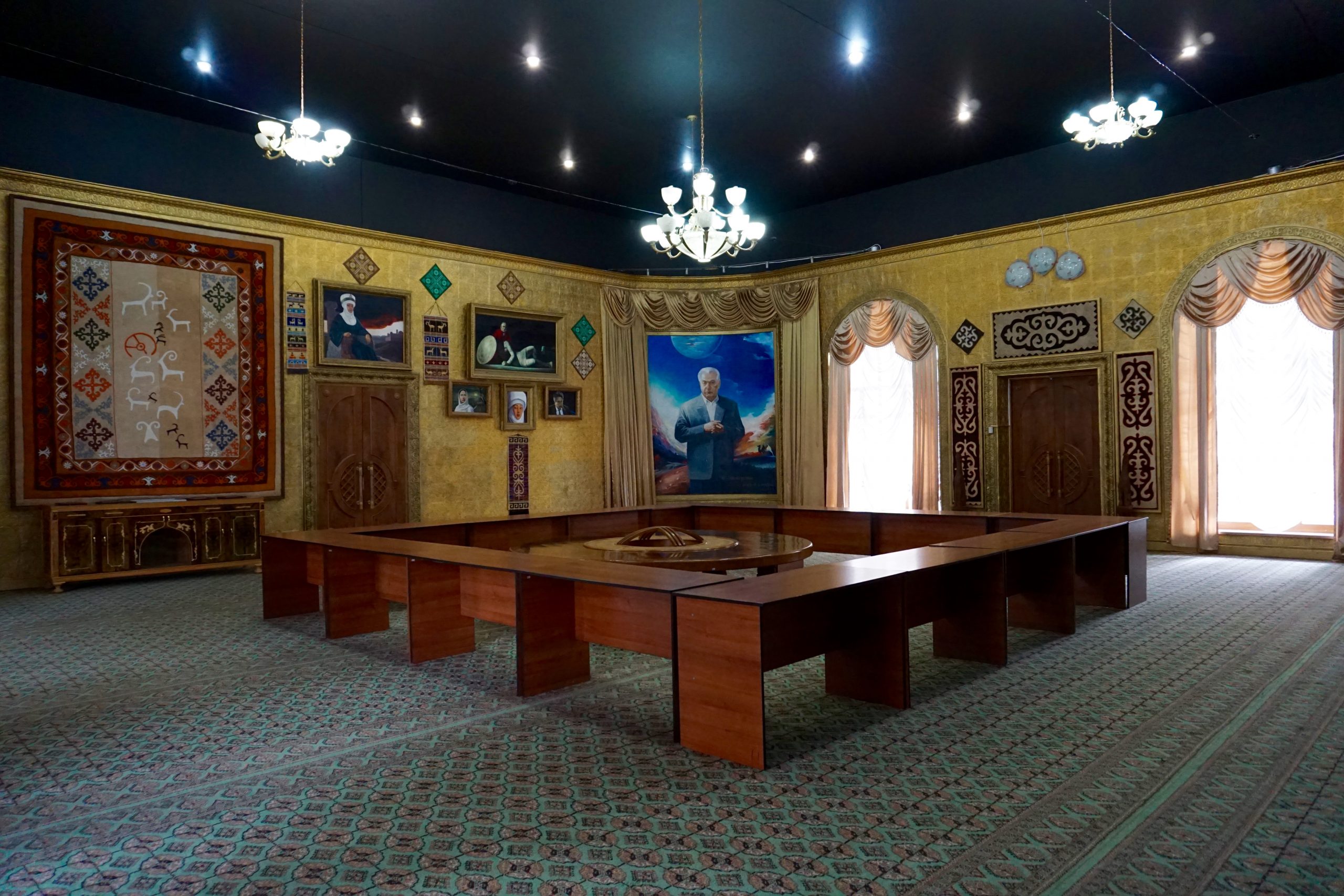 What I didn’t really understand was a room with an empty swimming pool, a museum-like yurt, a headdress exhibition, mineral stones and eagles. 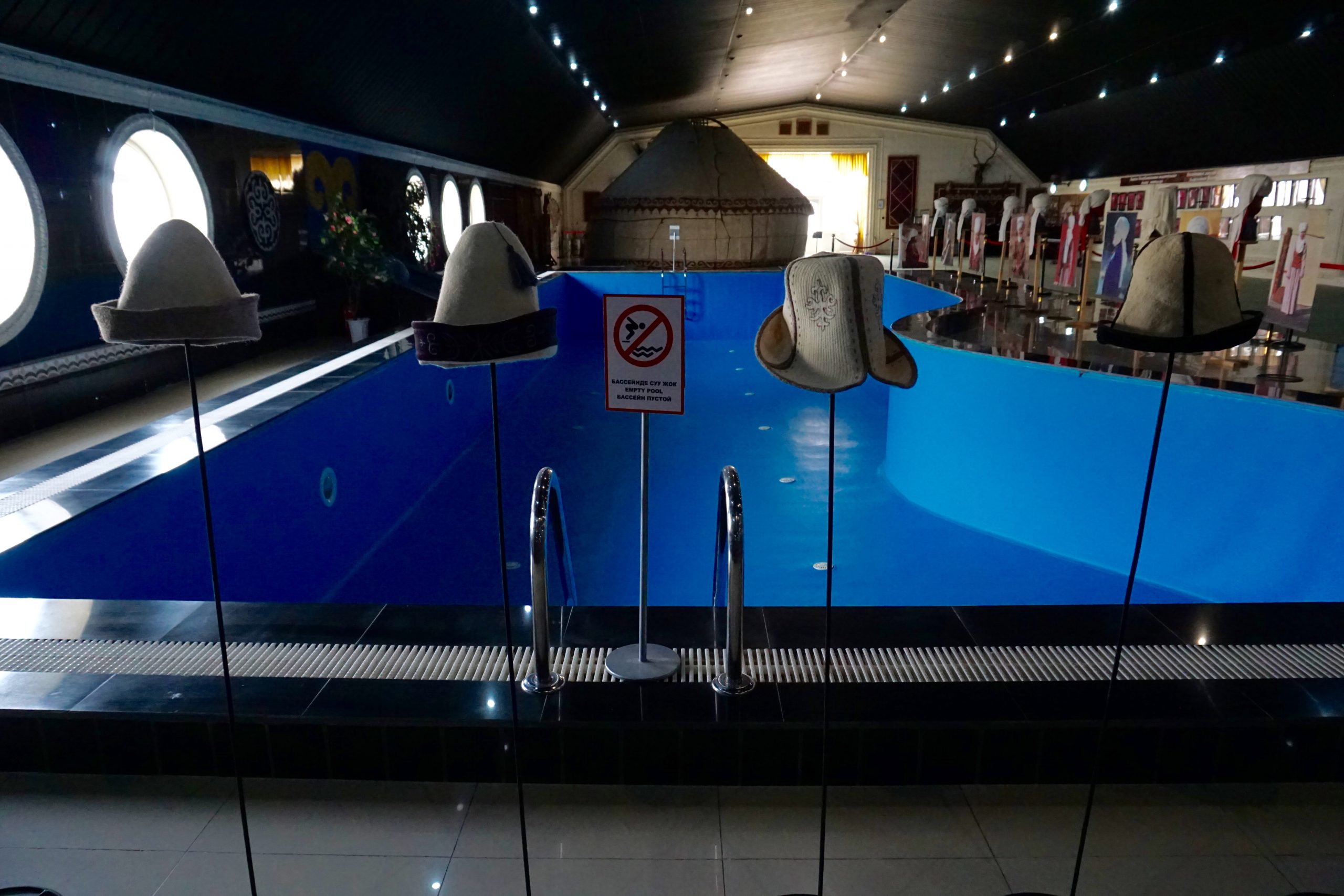 Everything was full of beauty, even the workers in their break integrated into the harmony 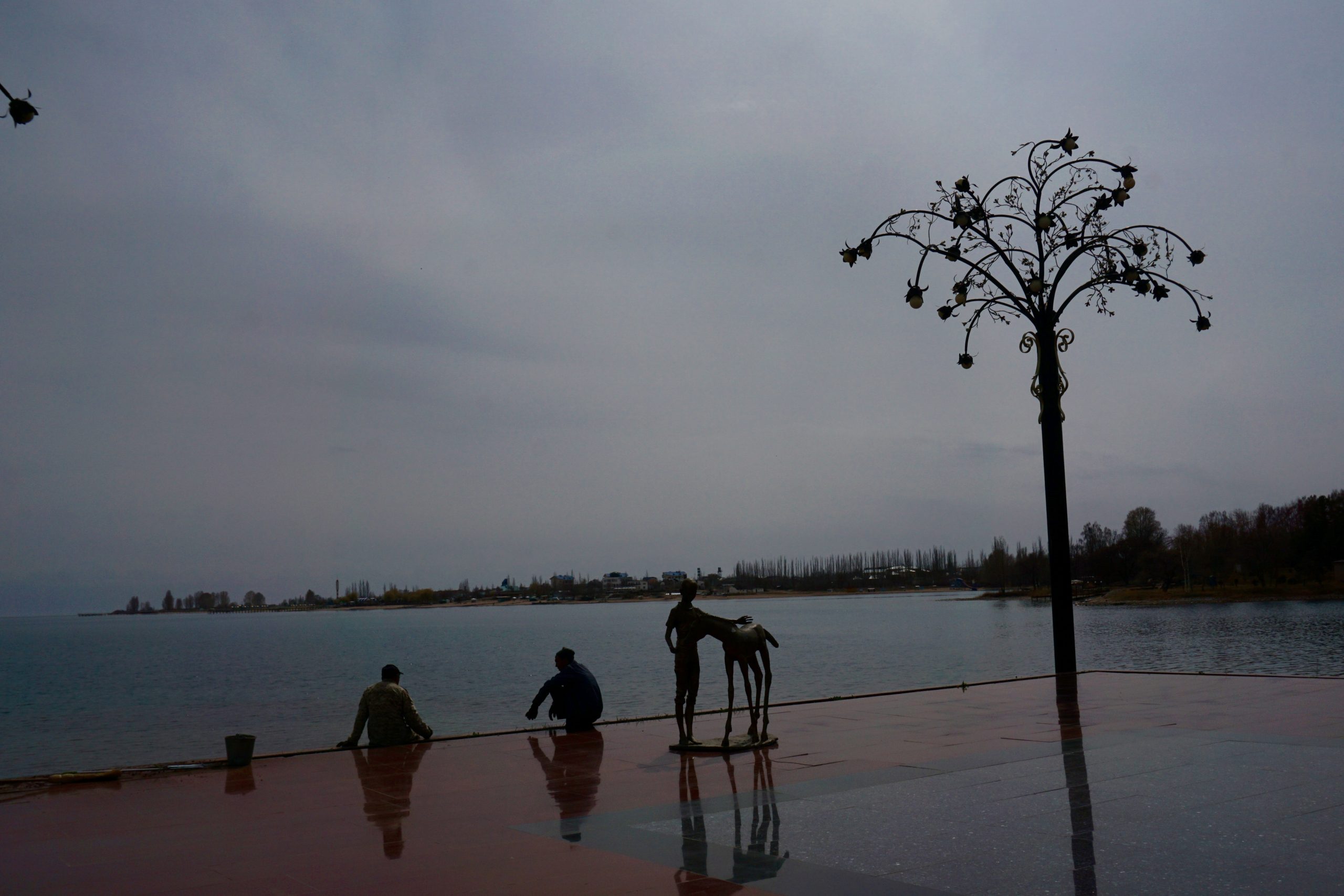 A beautiful, but also strange place, so different from the ambience around it.

It was cloudy, I walked on and snapped a few pictures here and there. I didn’t see many people. And you can see that in the pictures. Here are some: 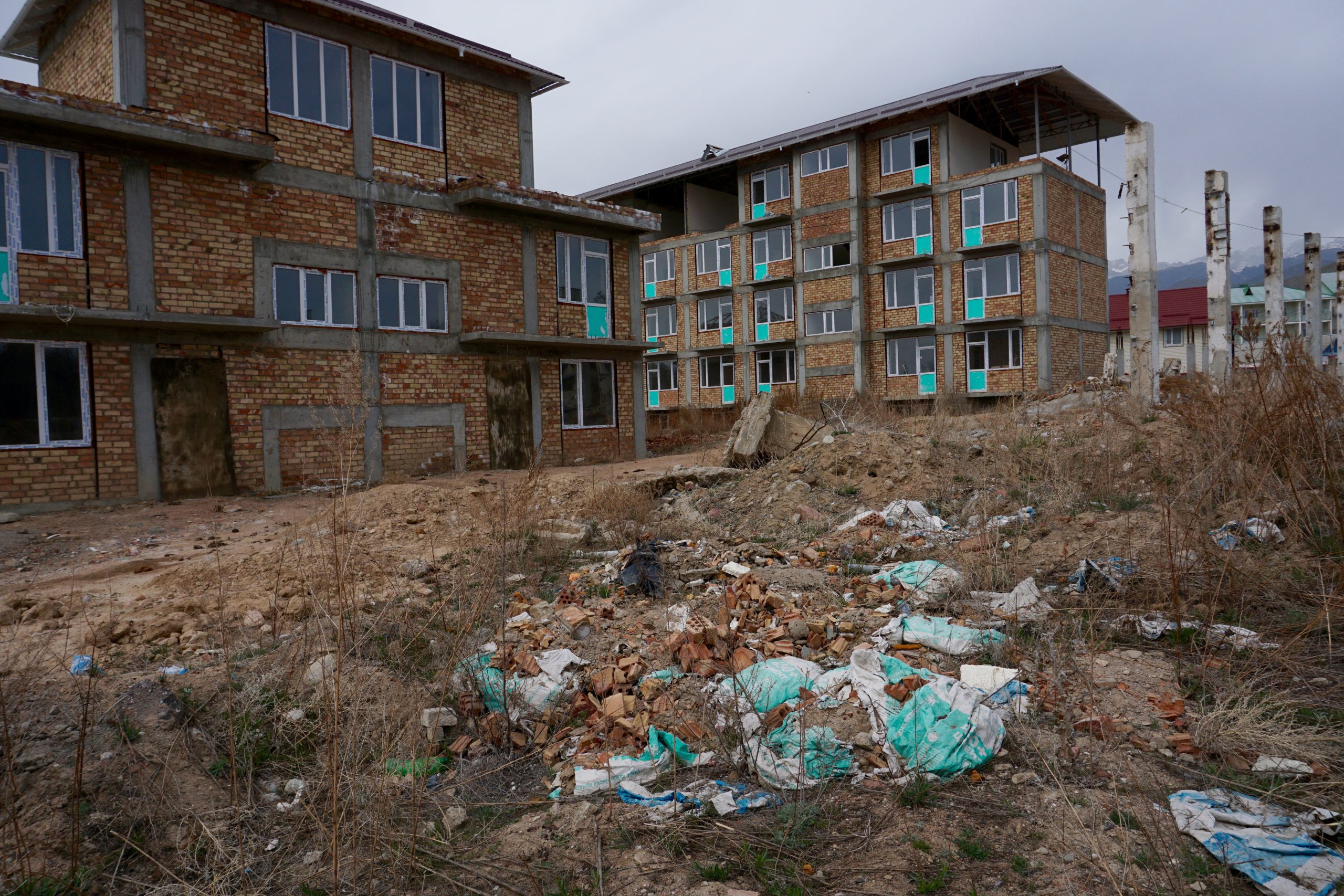 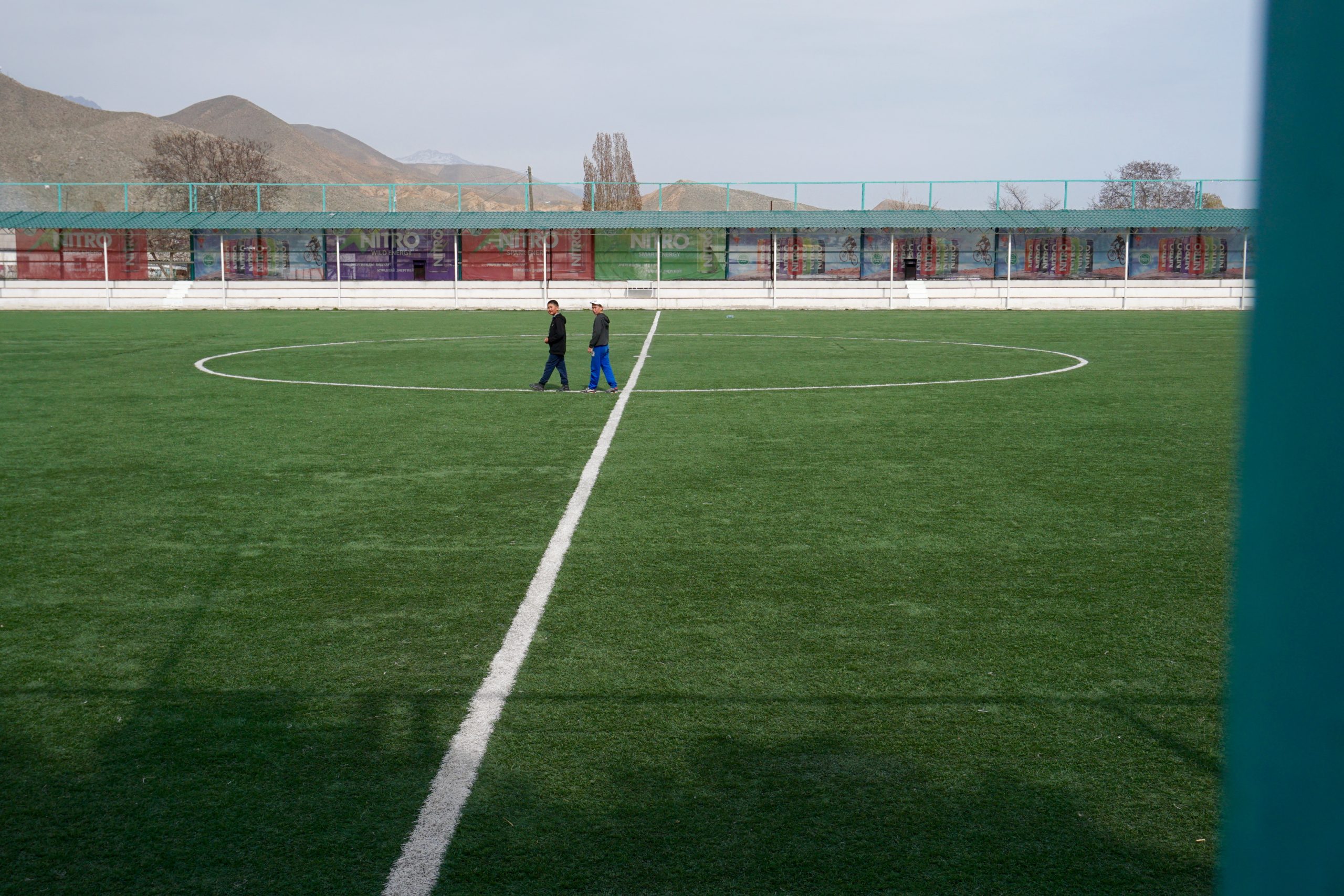 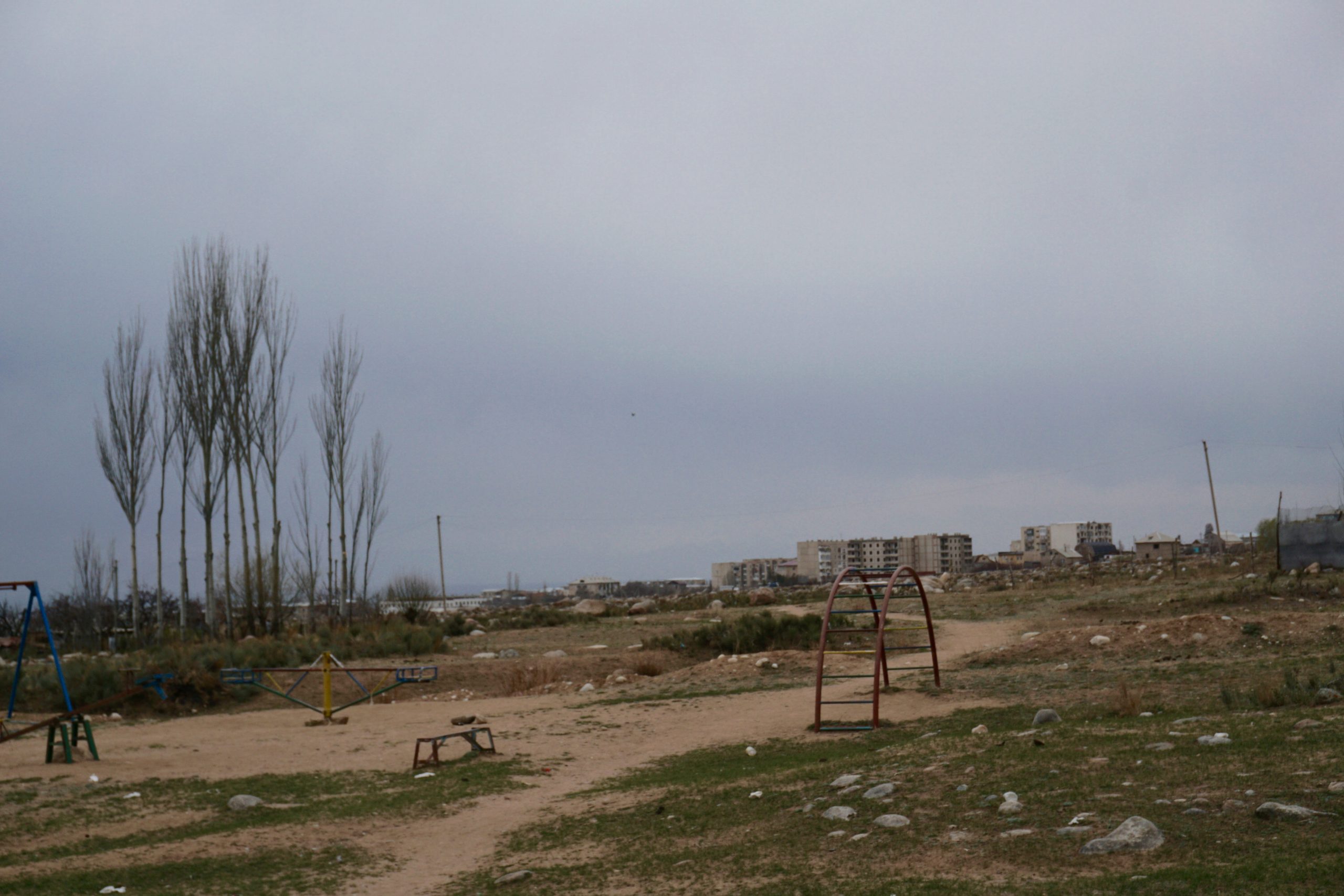 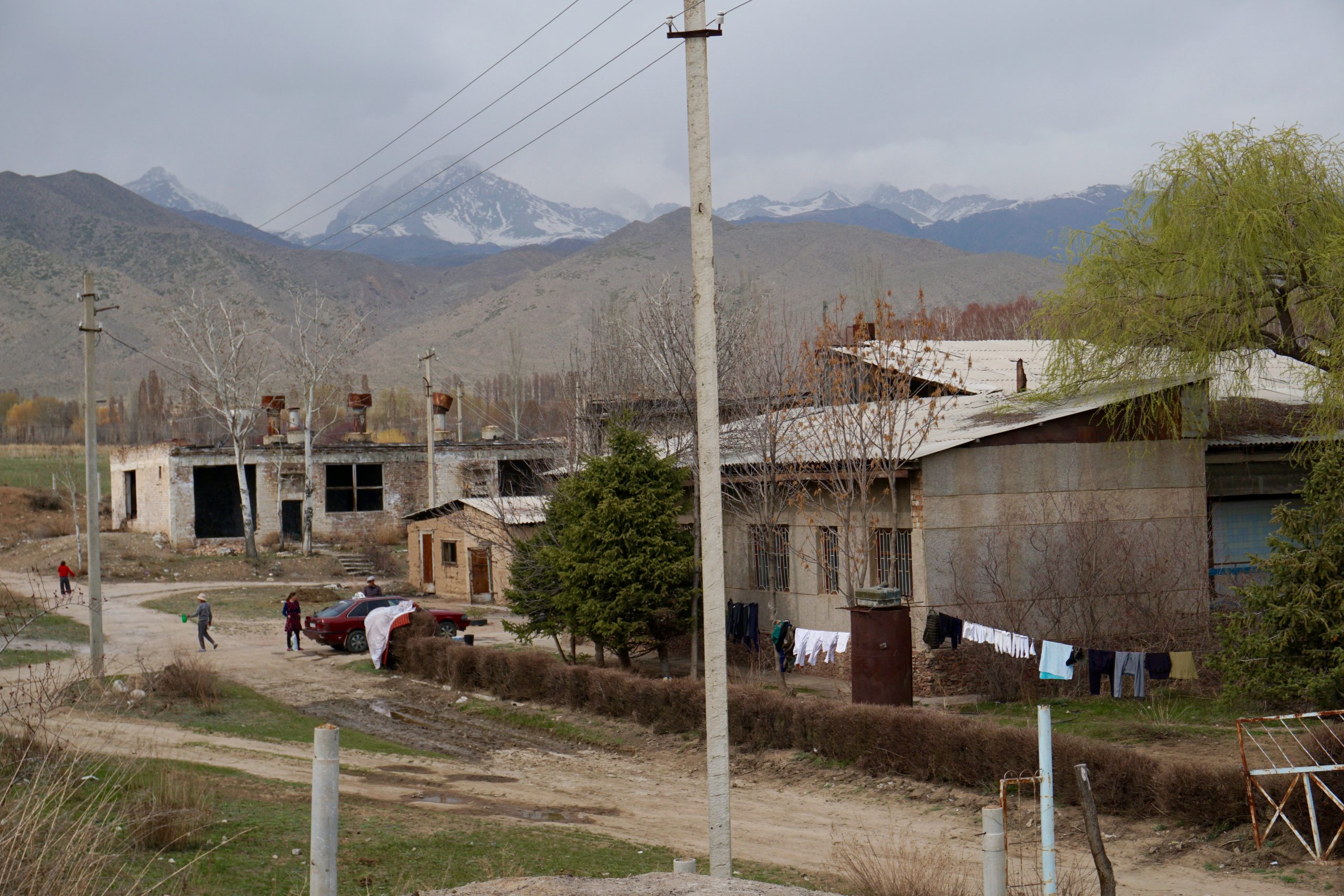 Cluster of houses with few people 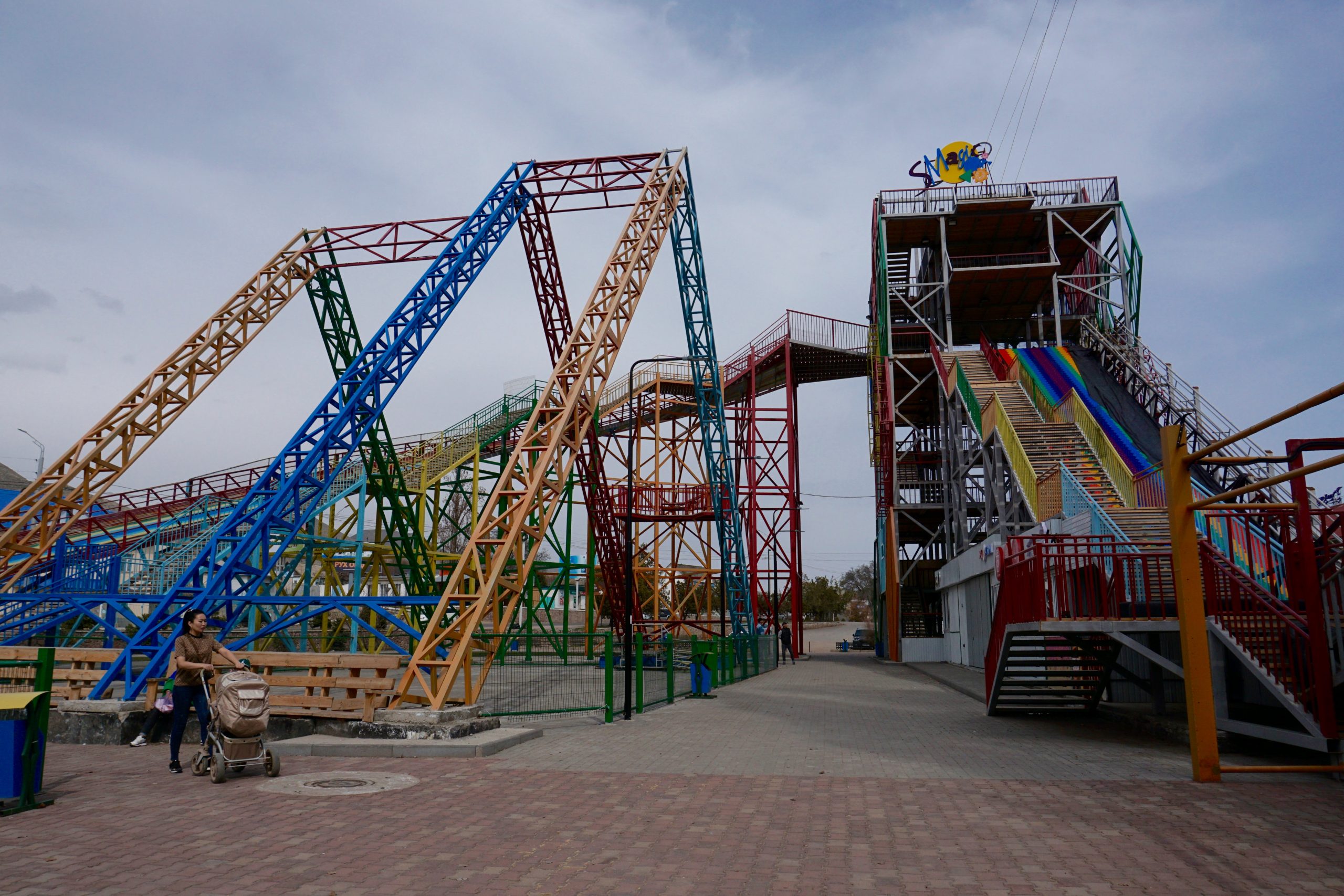 Place of entertainment without entertained people 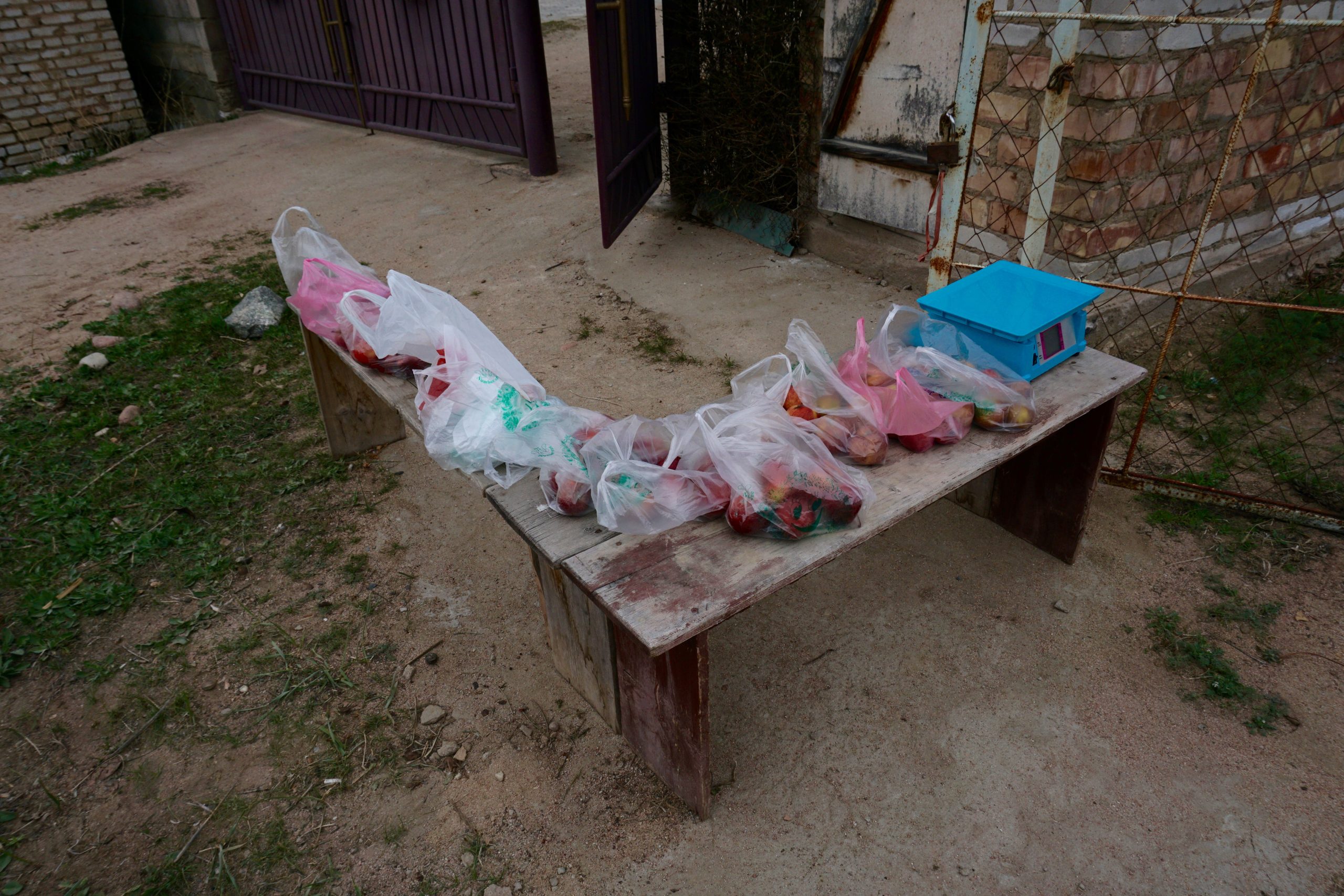 self selling stall for apples including scales 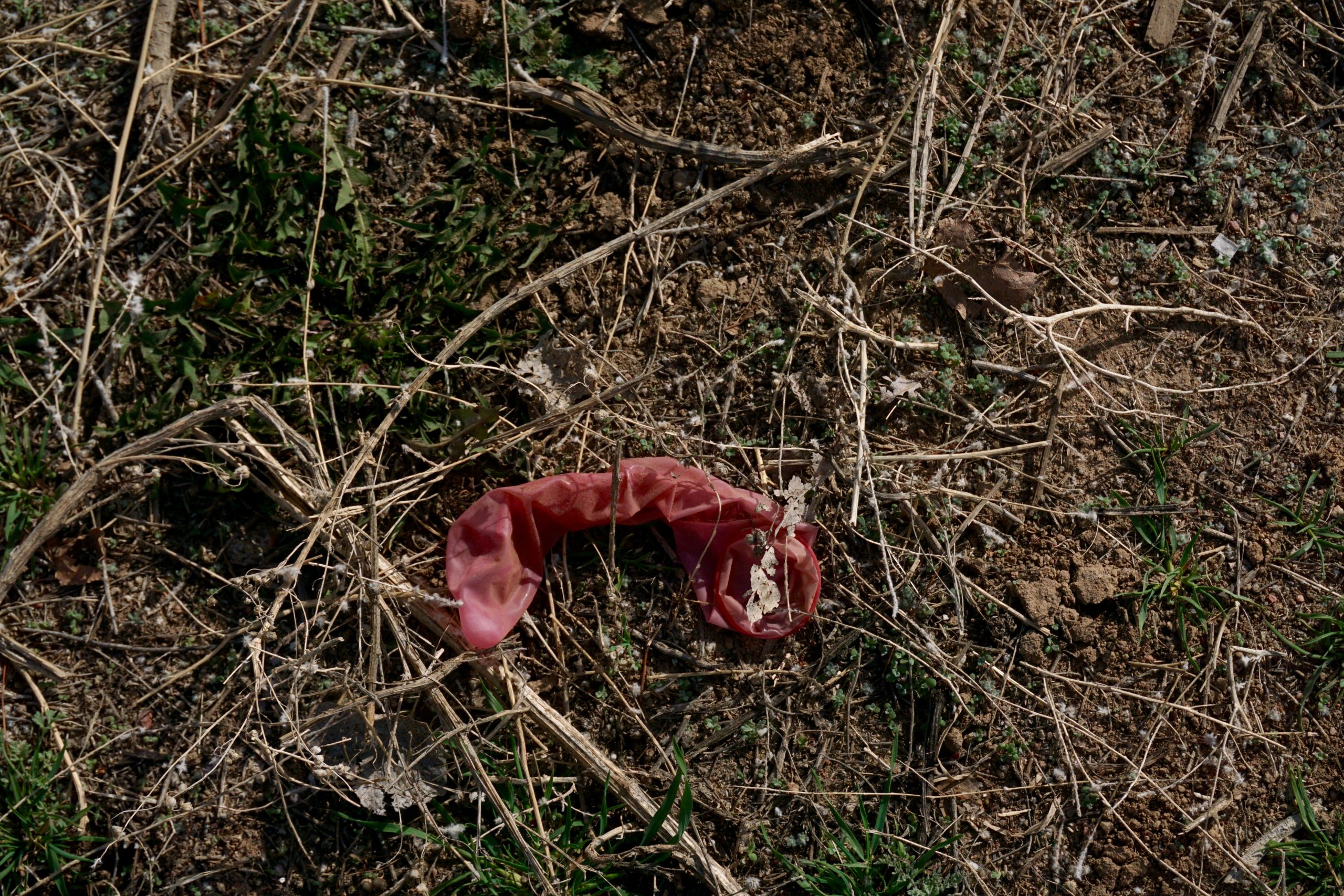 Condom, pink (the question of how exactly it got there occupied me for a long time and my imagination ran wild)

Then I came to the petroglyphs. There is a wagon where a gentleman is inside and collects the entrance fee. He showed me on his mobile phone an article published in German about the local petroglyphs. Besides, two young men had just returned from the tour. One of them greeted me with Grüß Gott. He is from Kazakhstan and studied in Austria. Unfortunately, they both hurried off – and I to the petroglyphs. 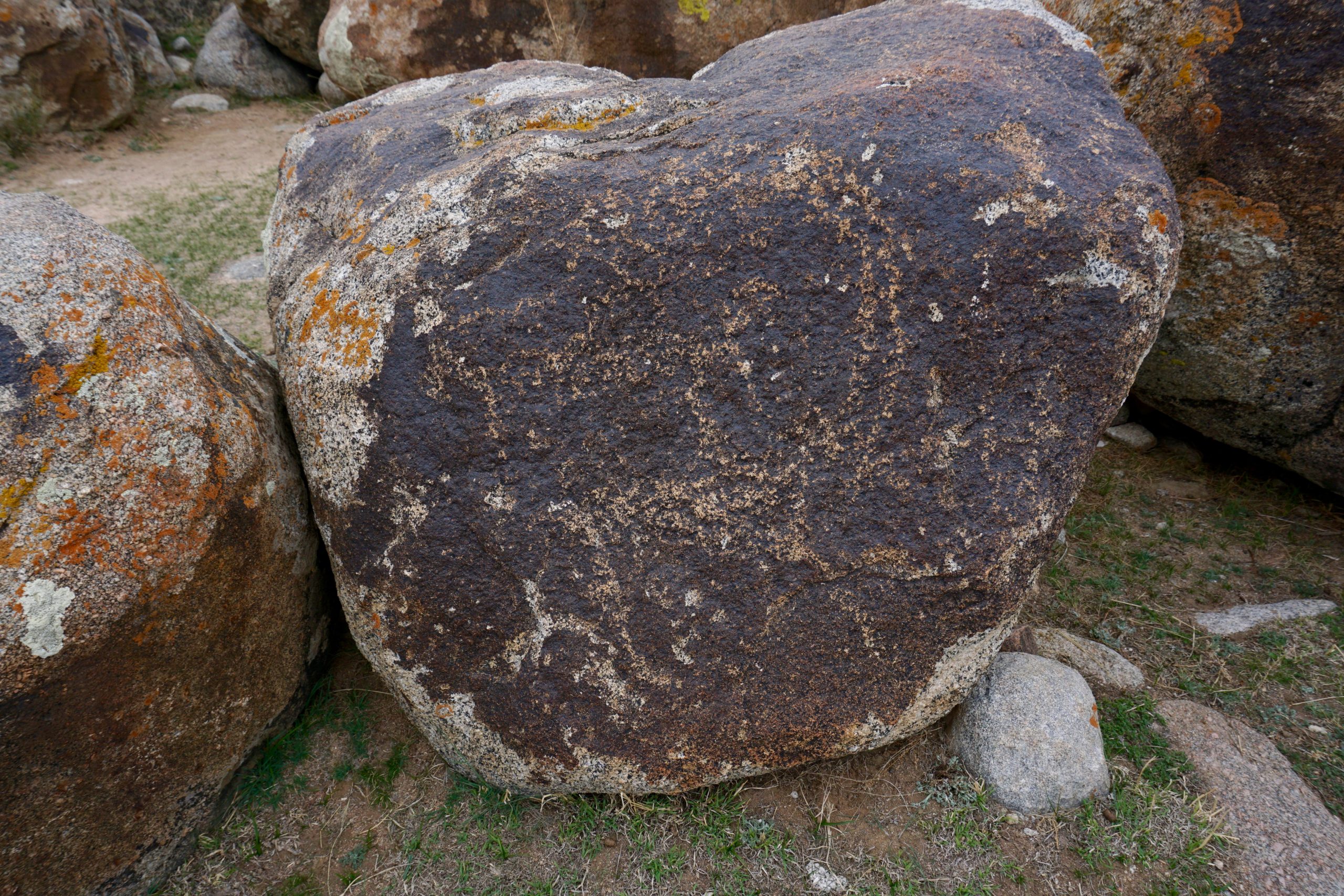 At first I was disappointed that everything was so well signposted and marked. In principle, I’m not that interested in petroglyphs, but it’s always fun to discover them. 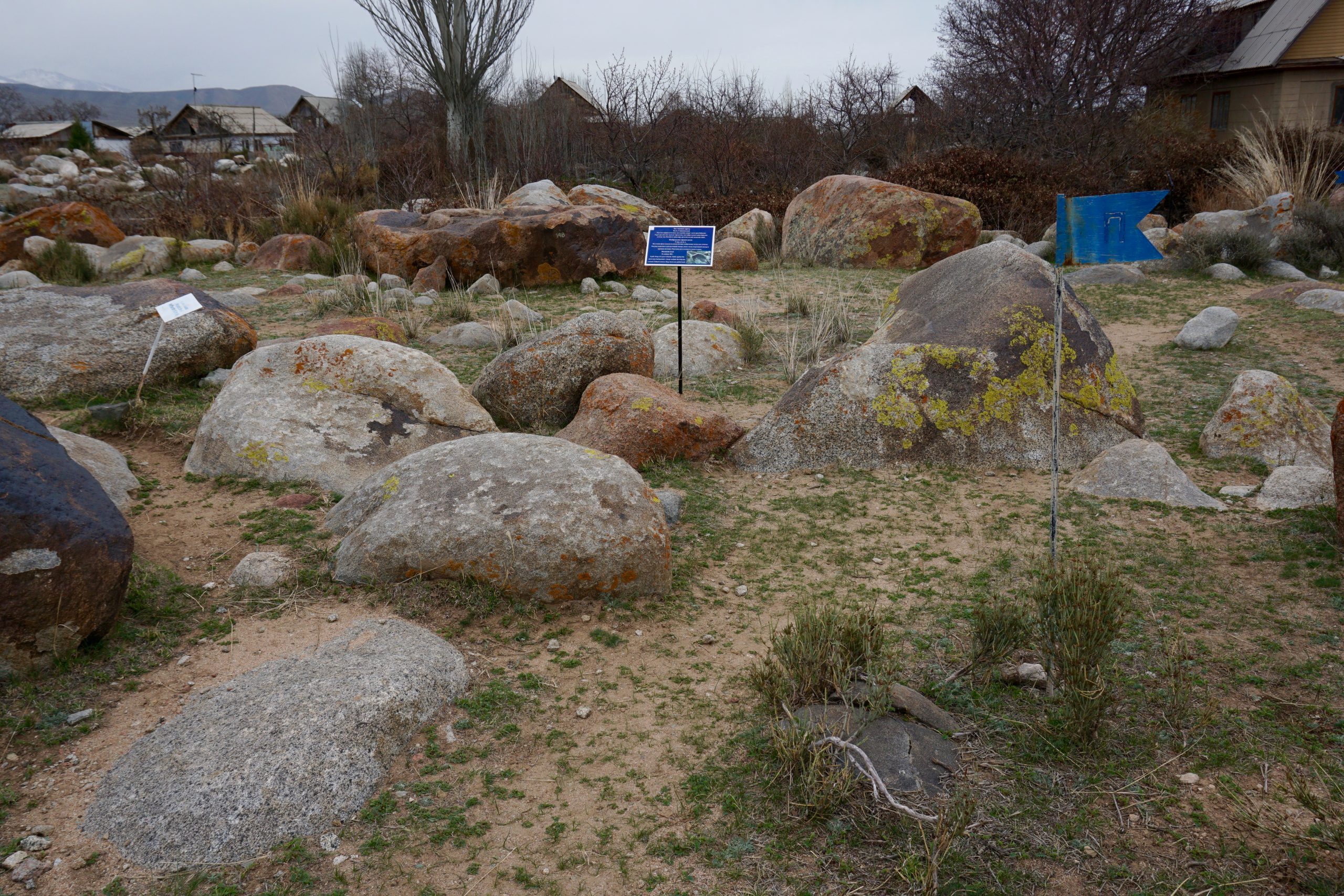 Here, however, people had only been busy with the signs around the wagon, a little further away they could still discover enough themselves. They can probably be dated back to an early period of 1,500 BC. There are a lot of them – but compared to the ones in Ladakh, most of them were much harder to recognise. 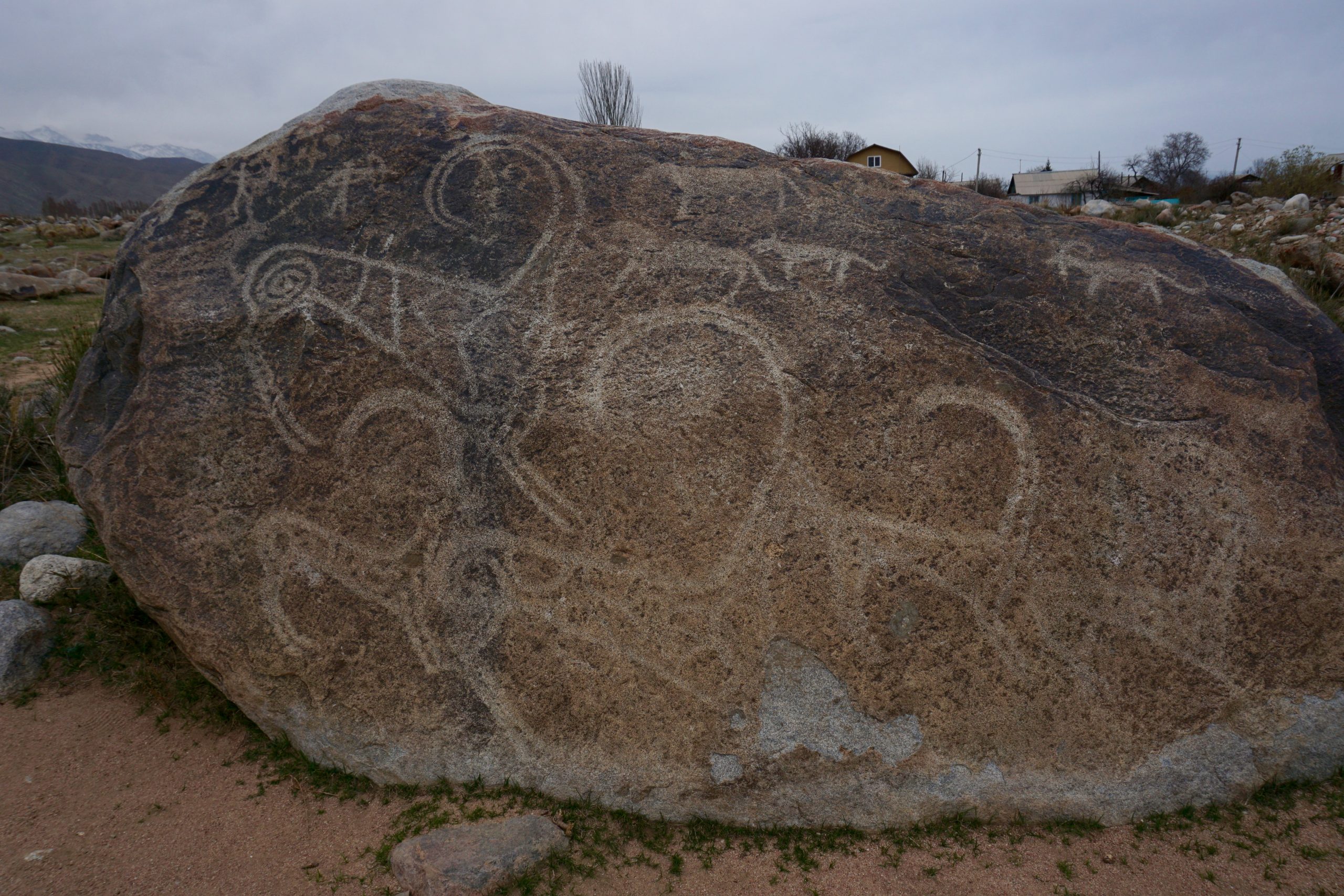 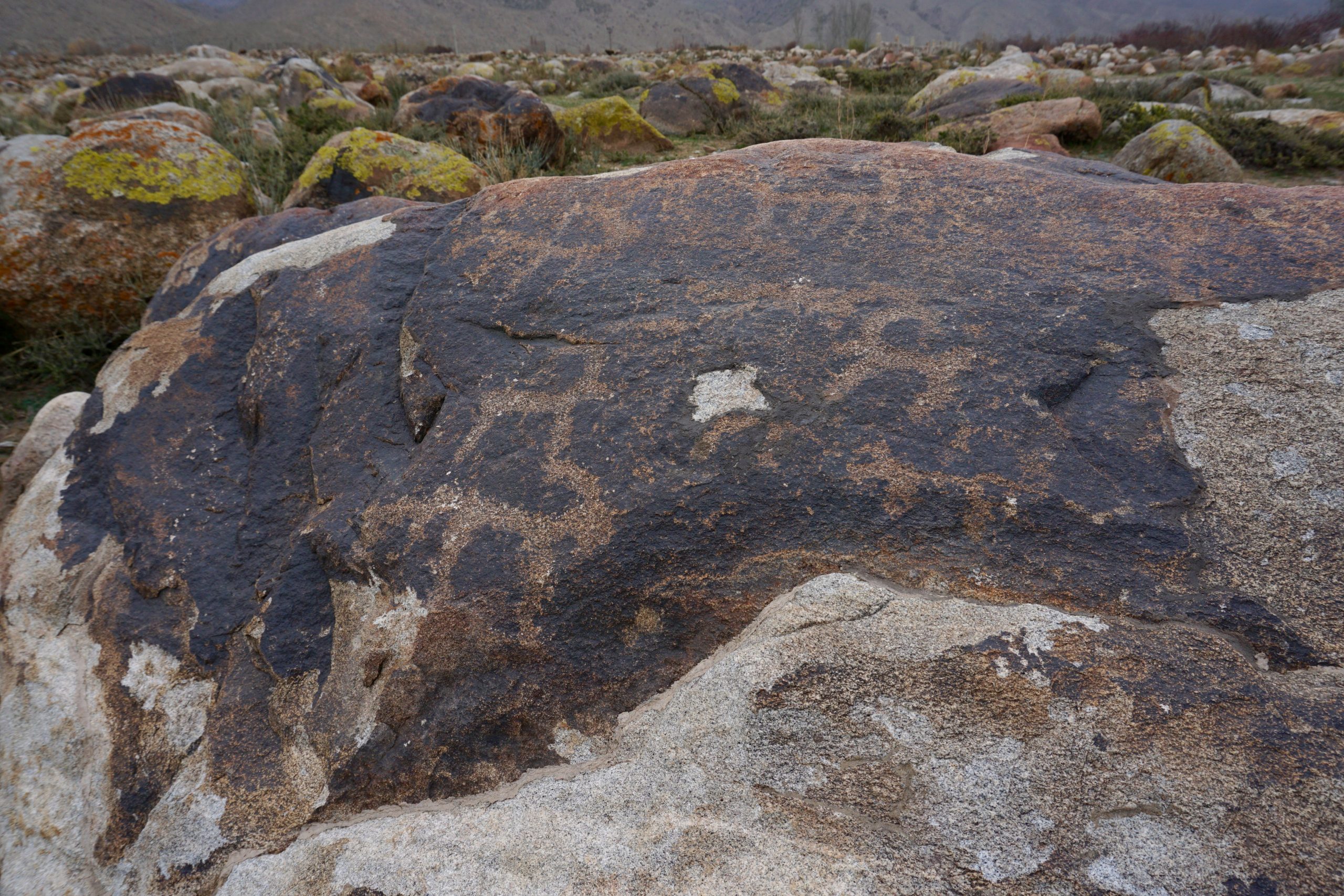 But what is unique in Kyrgyzstan are the Balbals. There were also two of them here. In pre-pastoral times, they were made after the death of important people. It was believed that the spirit was still on earth. They were also important signposts for travellers. 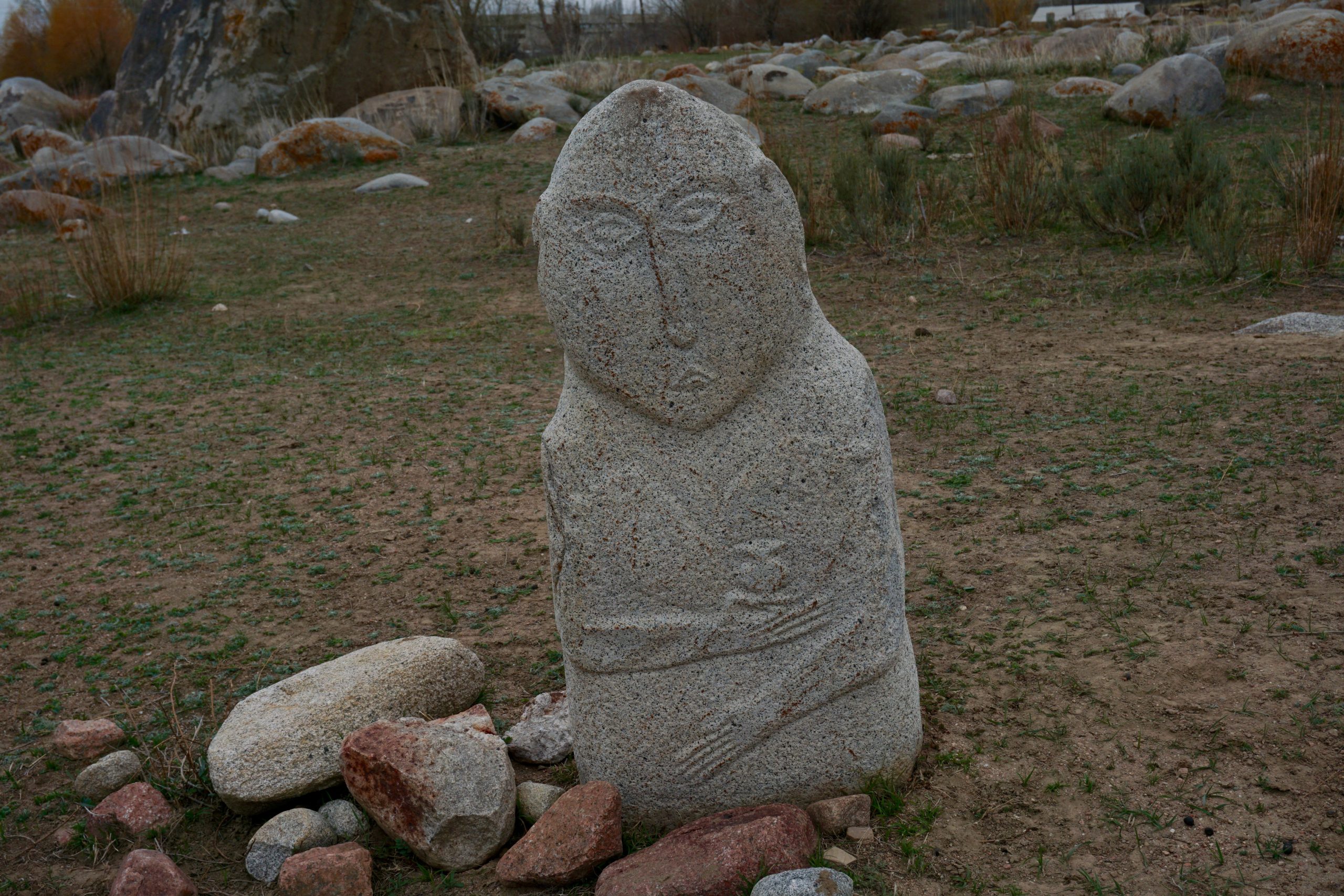 So that was it for my time on the north bank of the Issyk Kul. After that I travelled on. Where to? That will come in the next post!