In the Dilijan area, multi-day hiking seemed a bit too complicated for me. But there were plenty of day tours on offer and I did a few of them. Here I will tell you about two of them. First I started on the tour with the 2 churches. This gave me the opportunity to integrate another tour and visit a third church. All of them were old abandoned churches in the middle of the forest. 2 so close to each other that they are called the twin churches, but they have an age difference of about 100 years.

However, I hadn’t read the directions carefully enough, of the 7 km approach, 6.5 km were road. More road at the beginning, less road at the end. And so I passed Soviet blocks again. 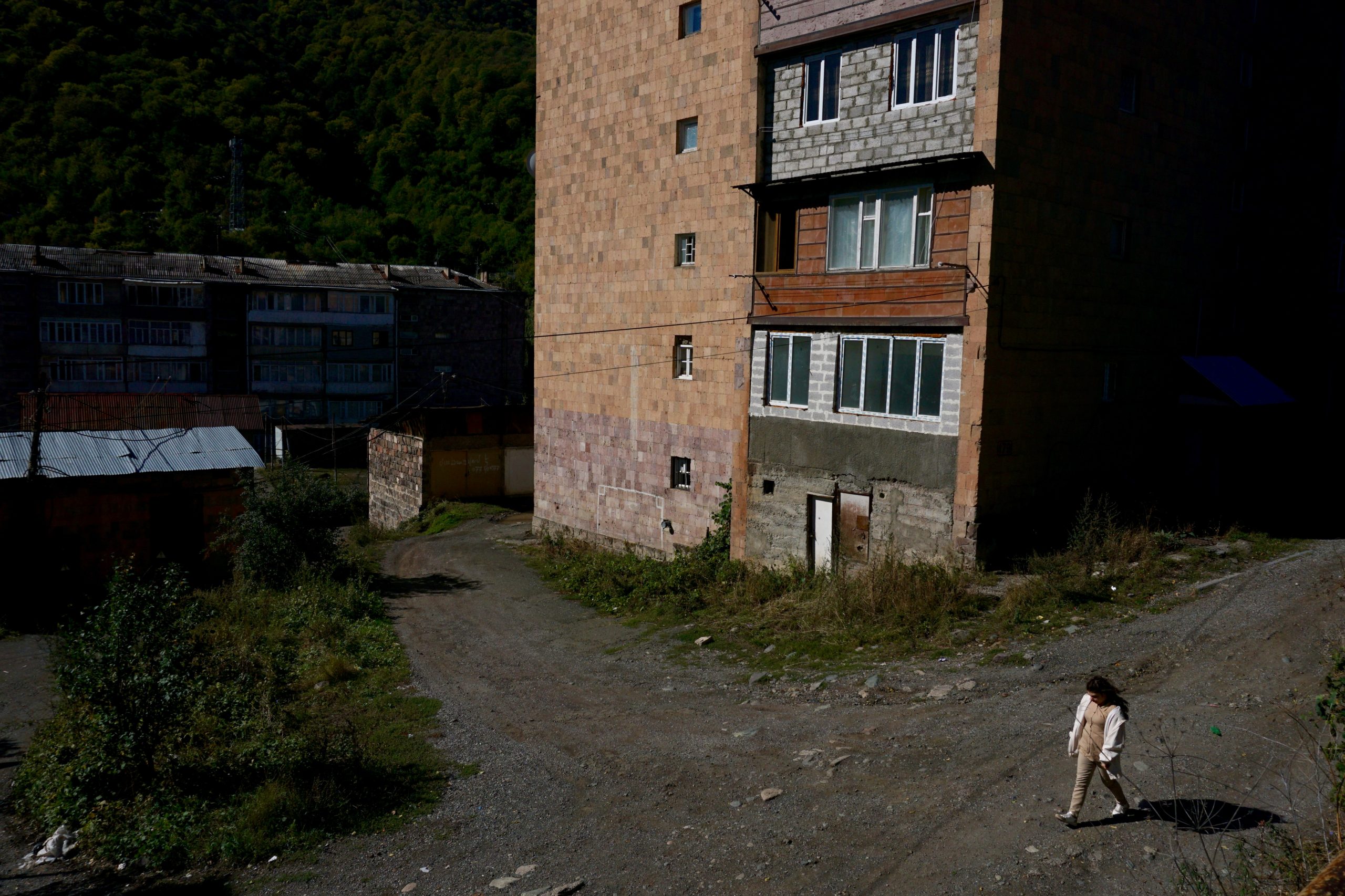 and a house under a bridge 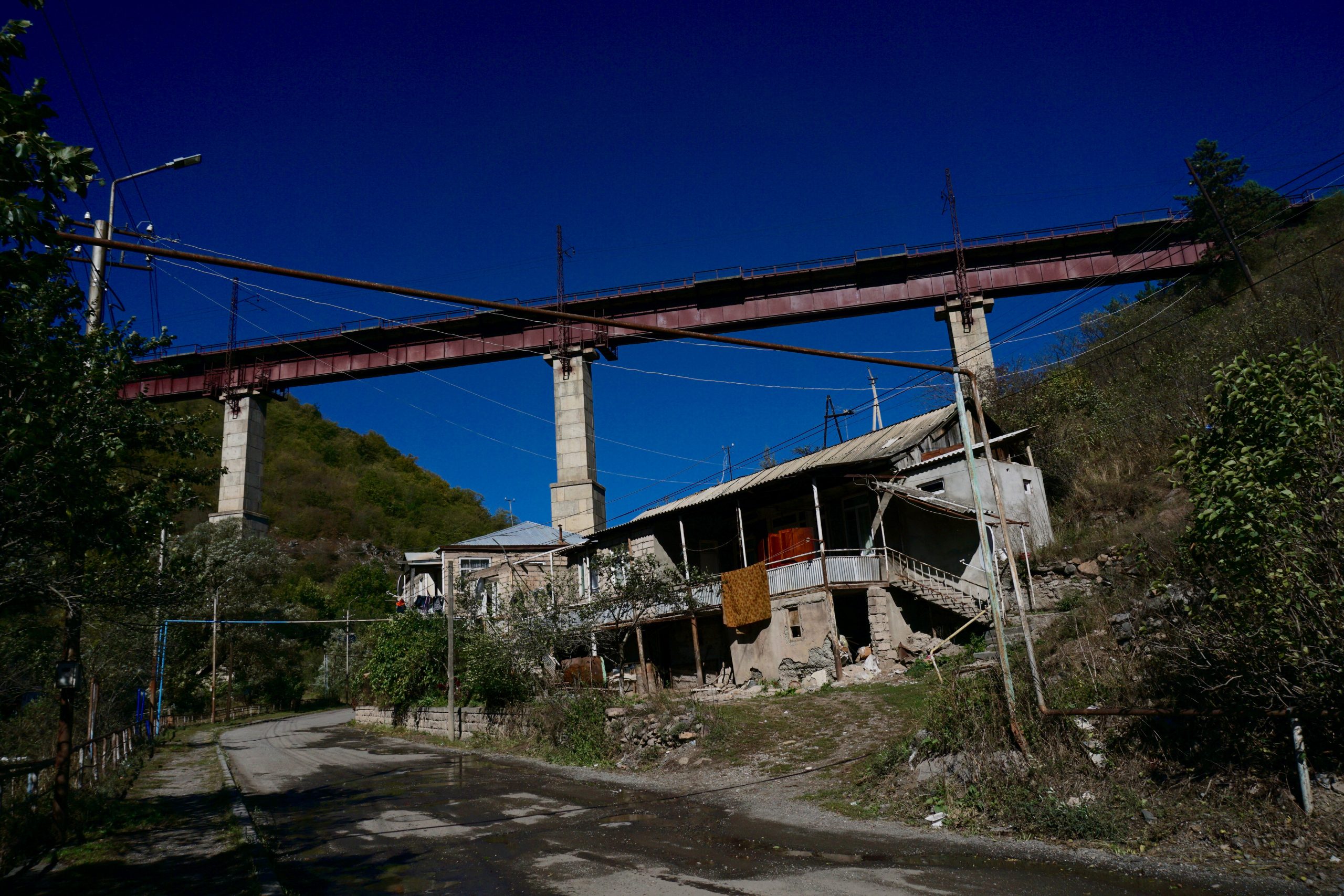 And at the end of the road was this nice vehicle and it was just time for a coffee! 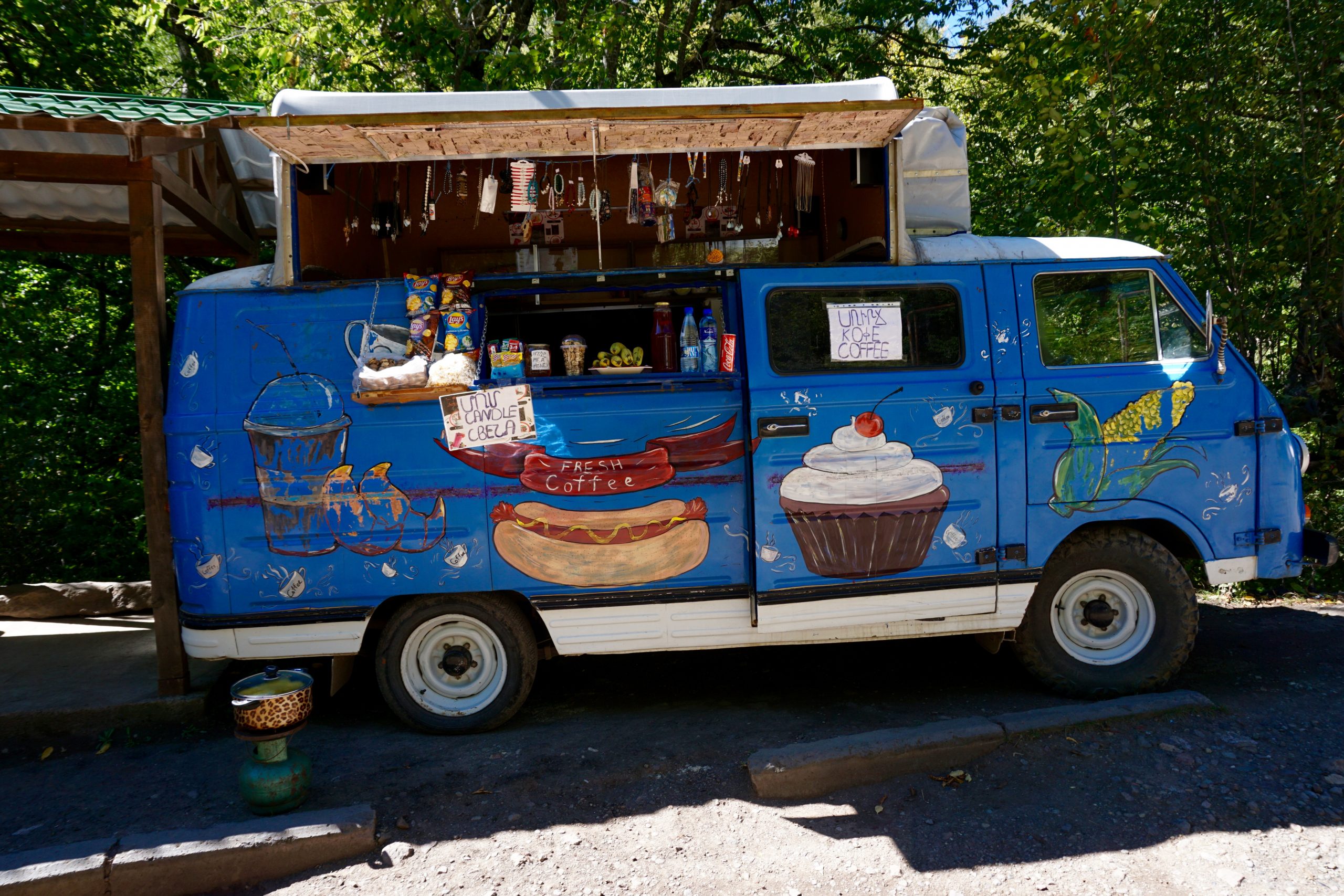 offer at the perfect place

You can see a pot on a gas cooker in front of the bus, can’t you? But I don’t think you can see that it has a leopard pattern. I was too shy to take a close-up photo. But now I have a wish: I would also like a leopard print pot! There were corn cobs in the leopard print pot. They were just right for my way back – delicious!

But first there was the tour of the church. In church No. 1, the Matosavank, there was a large family. It was Sunday and quite crowded anyway. 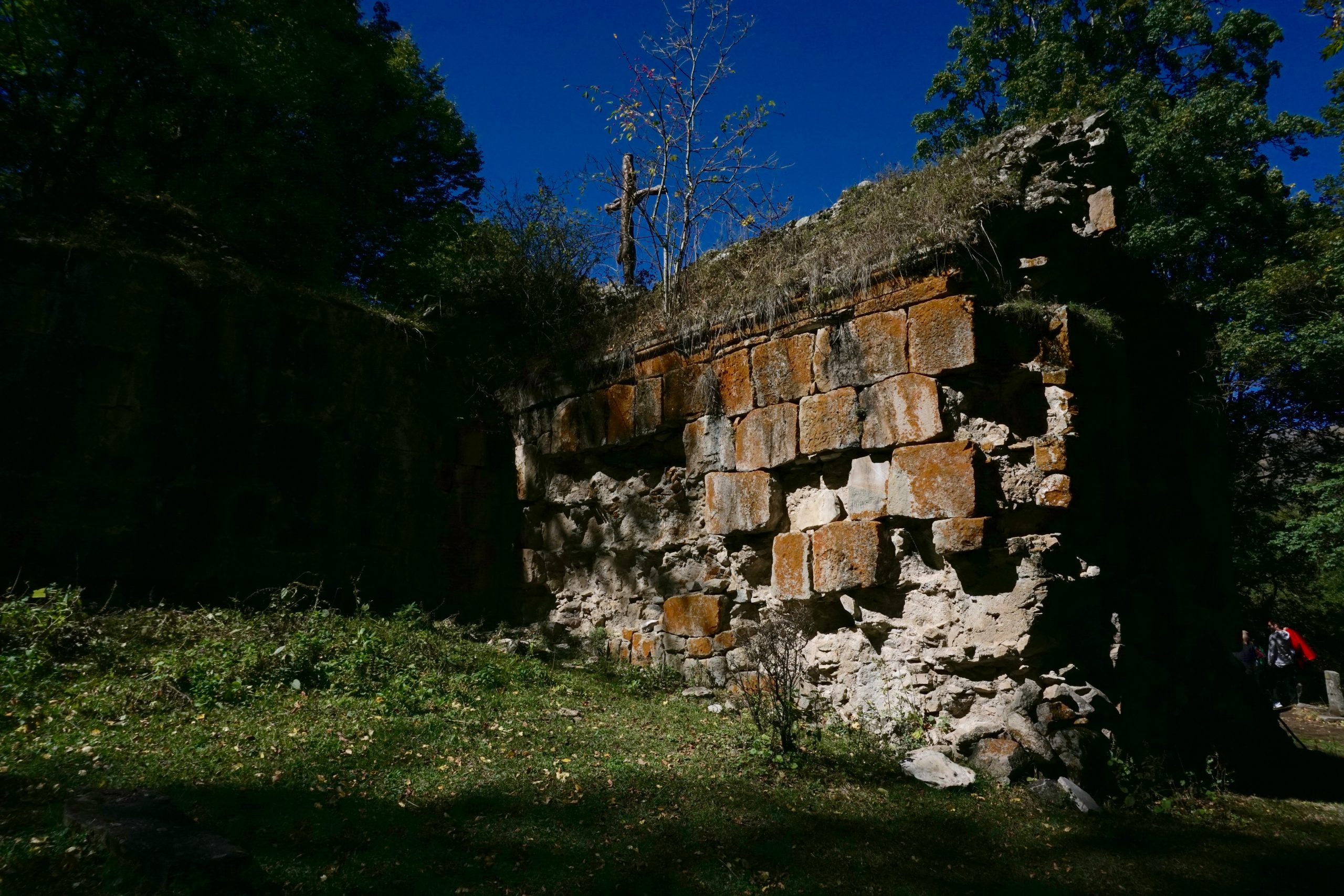 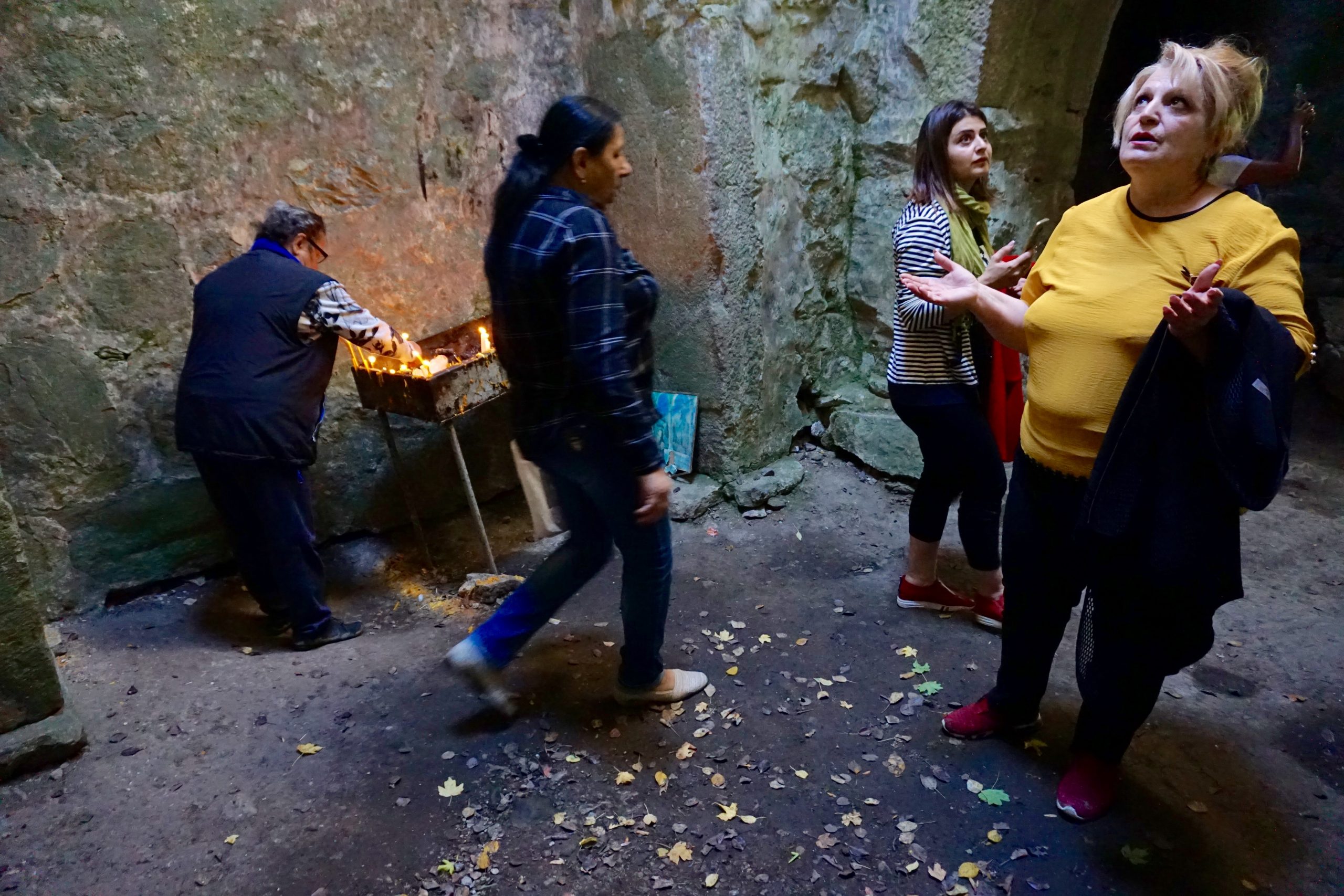 church from iside with parts of the large family 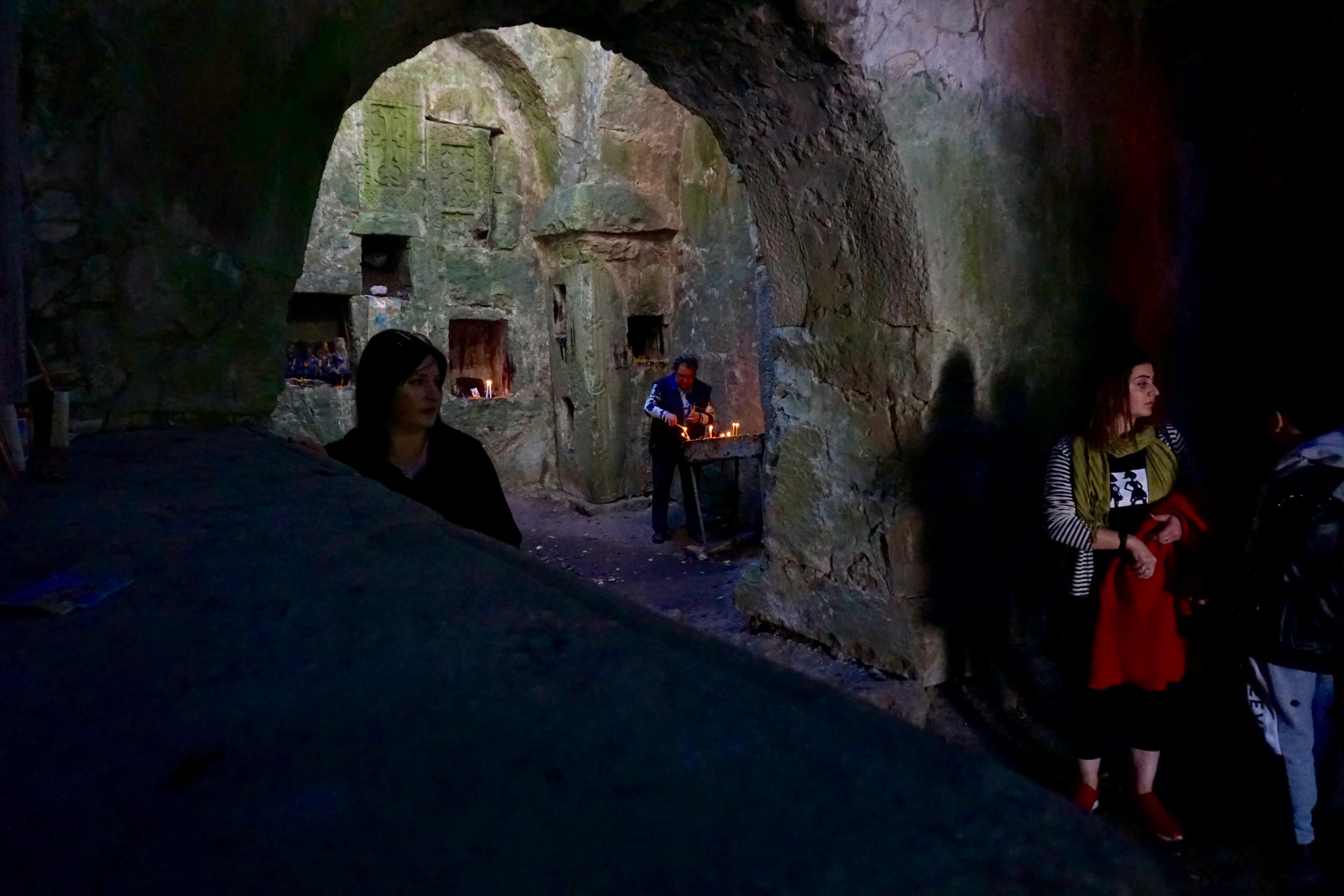 other picture from inside of church

The way to the double church, Jukhtavank, was nice, but I don’t have any appealing pictures of the outside or inside of that or the other churches. Oh yes, at church 1 another couple came and the gentleman spoke German and I was completely amazed. I hardly ever meet any other tourists except Russians and the like. But he soon disappeared into the church with his Armenian girlfriend, so the small talk was really small.

On the way back, I ate a corn on the cob, as mentioned above. So did another couple. And when I started on my way back, they came by car and asked if I wanted to join them. Yay! And we talked a bit too, they are from Yerevan, just taking a short holiday, she is an artist and he is actually a radiologist, but now sells car parts.

Armenians still find it a little strange per se that people like to wander around on foot. Voluntarily, and then also during the holidays. But who knows, maybe that will come with HikeArmenia, the Transcaucasian Trail and more hiking tourists? On my next hike, however, I was really alone again. It led from the mountain village of Hovk to a peak. I had to take a taxi to get there, there are no buses and hardly any private cars. 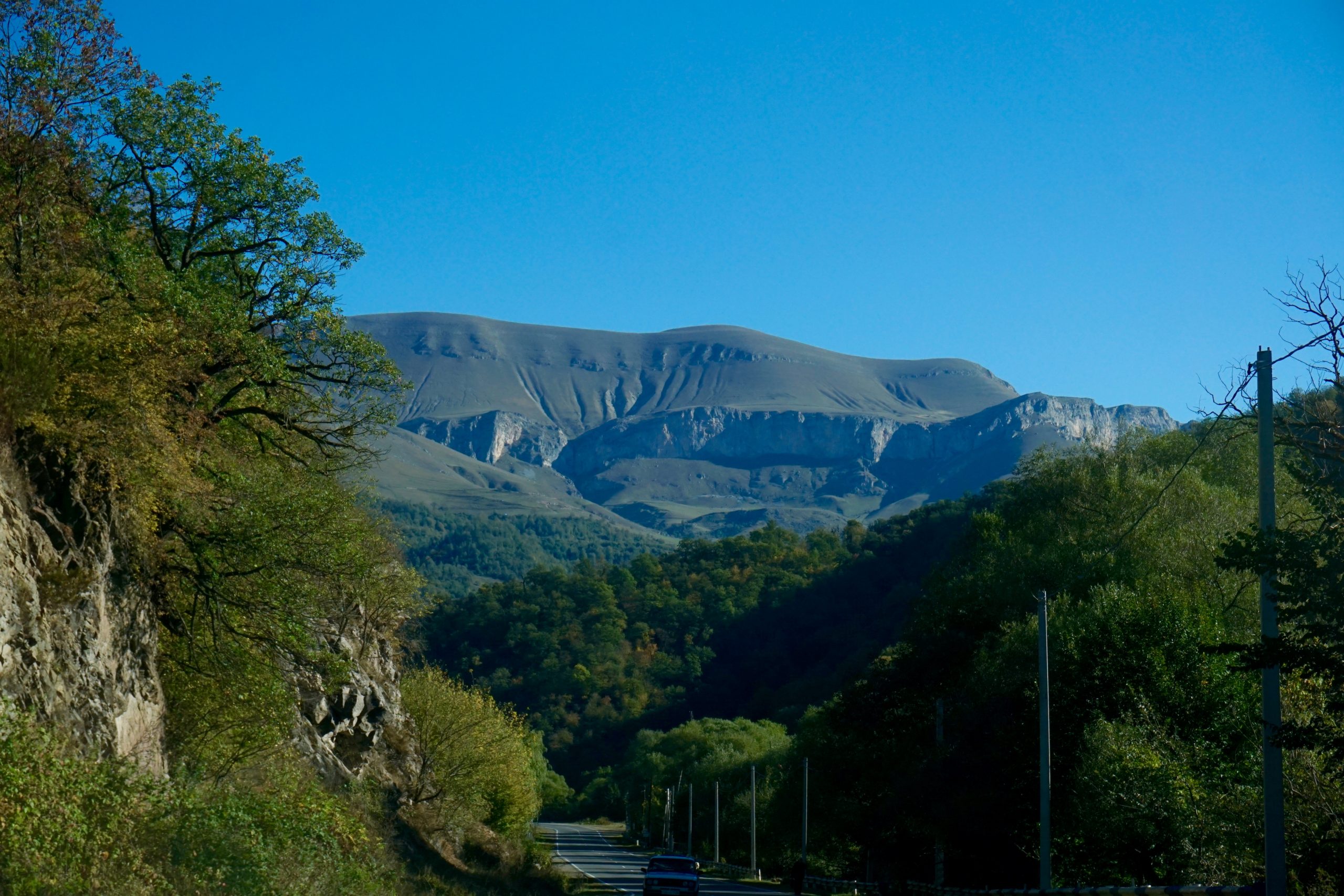 i thought this would be my hiking goal

Unfortunately, we didn’t go all the way to these mountains but to a left around the corner. But first through the village. 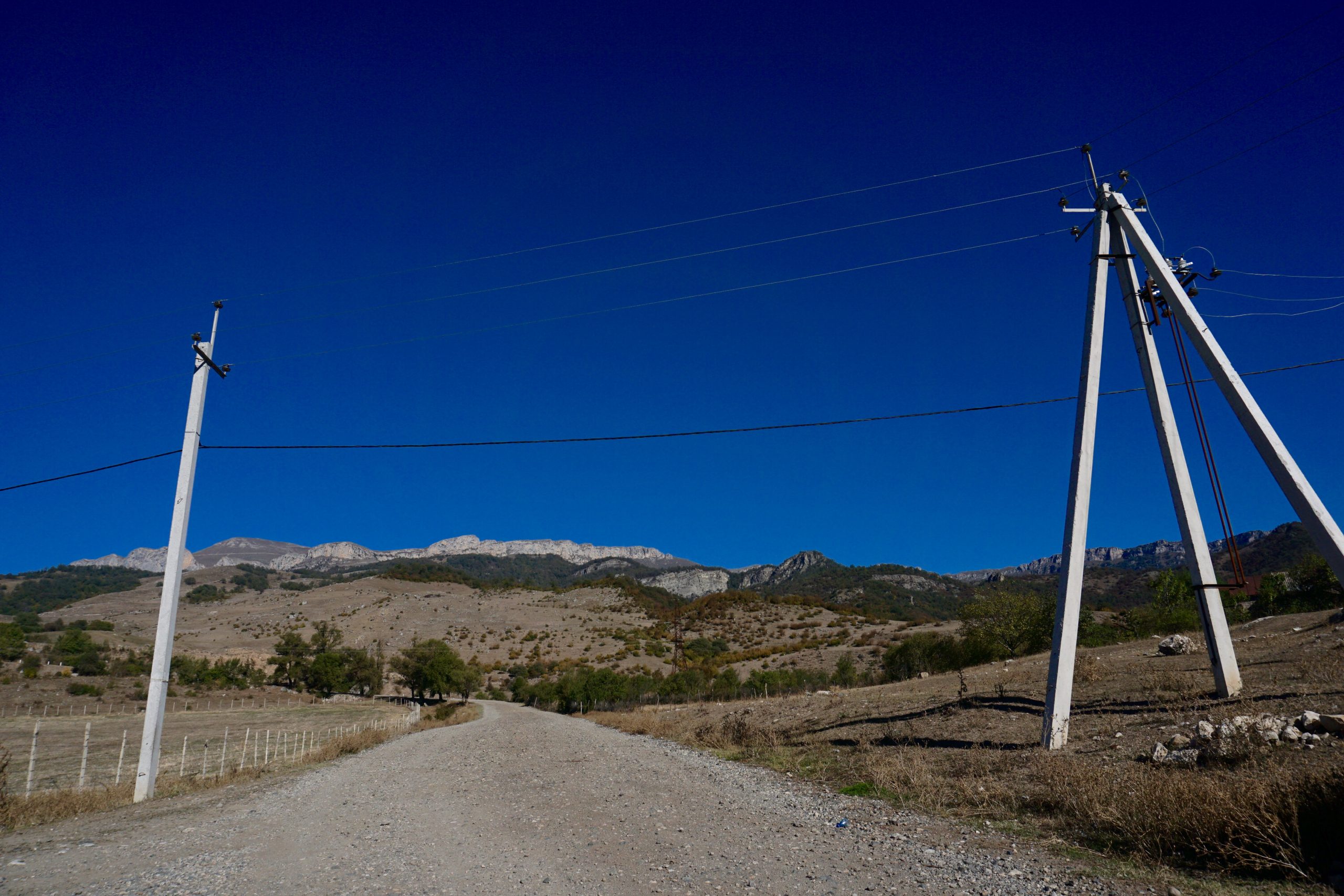 There I saw some funny things – like this construction: 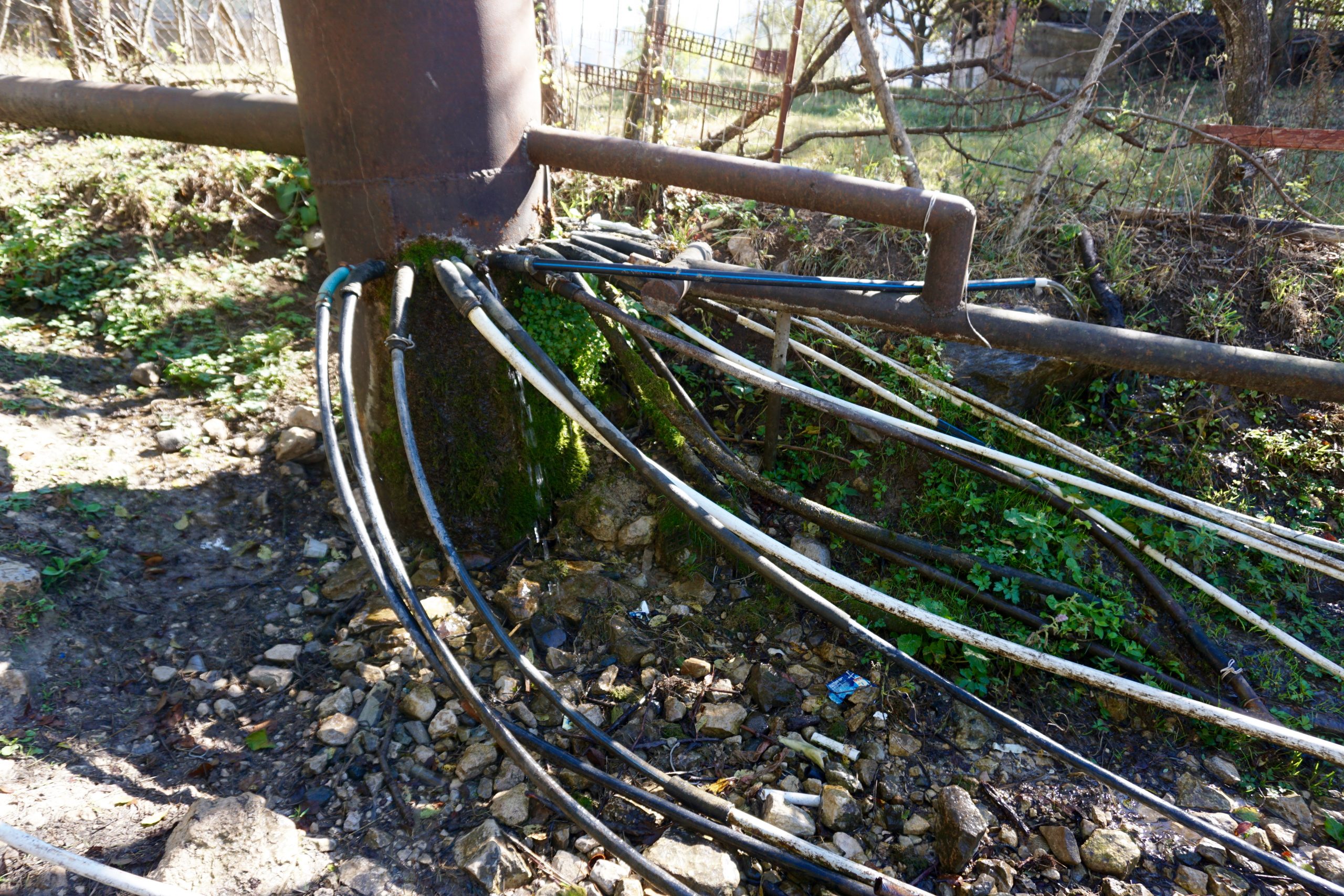 In principle, however, there was no one on the street here either, just a few chickens 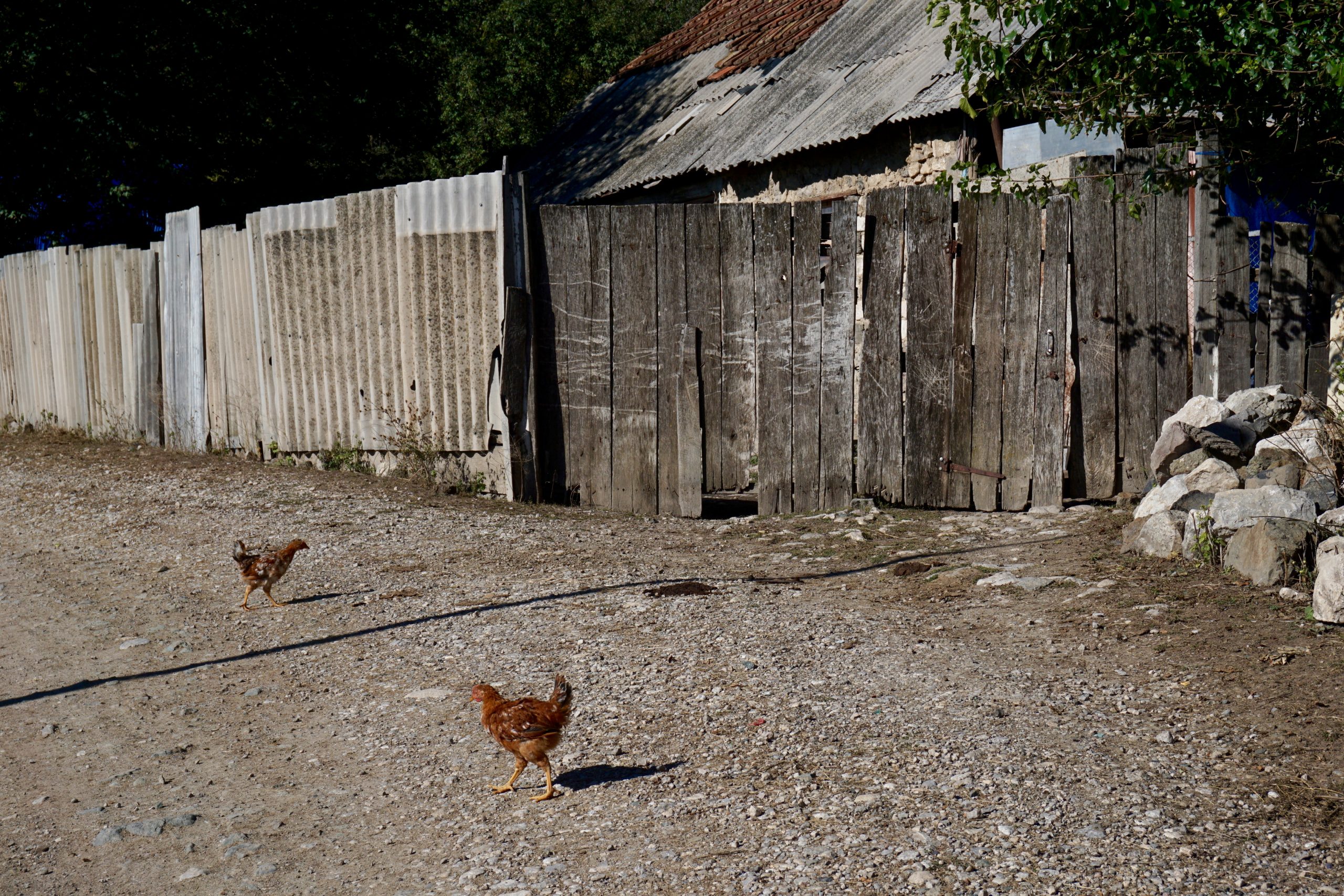 The children were in the school – what I could hear from outside. 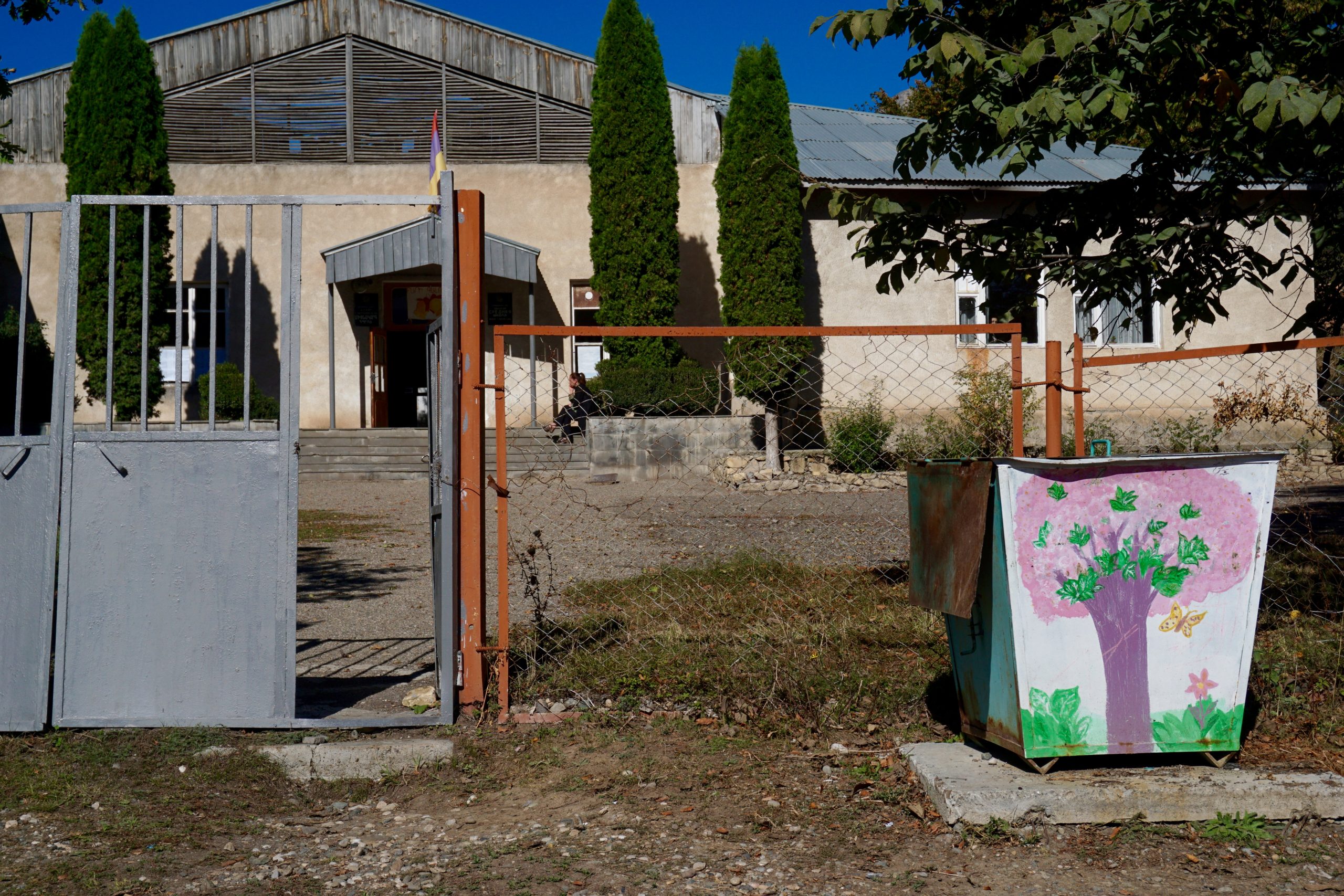 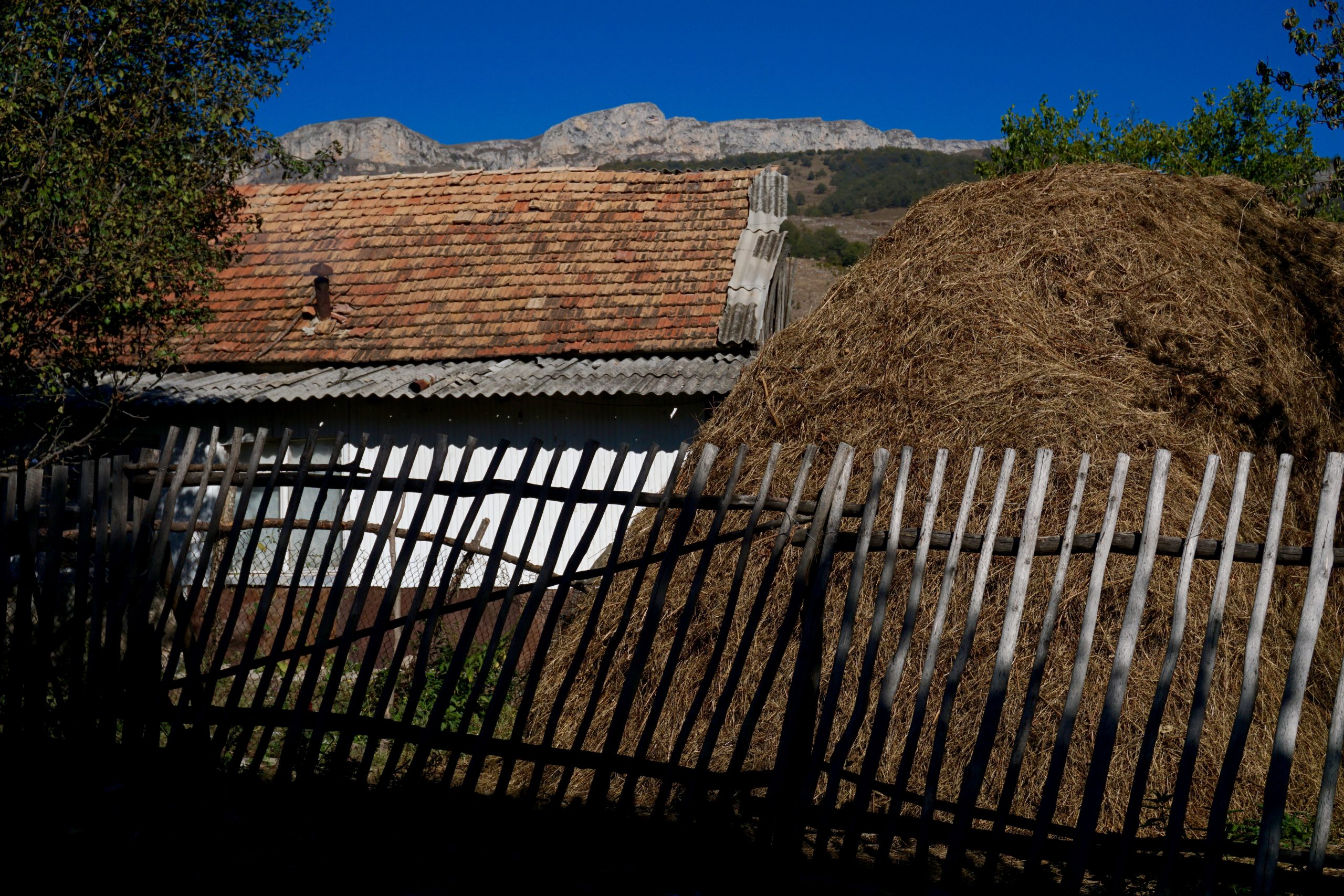 Usually, the waymarking is an arrow when you are supposed to turn. Here they have solved it differently with these little stripes that show that I should turn left here, for example. 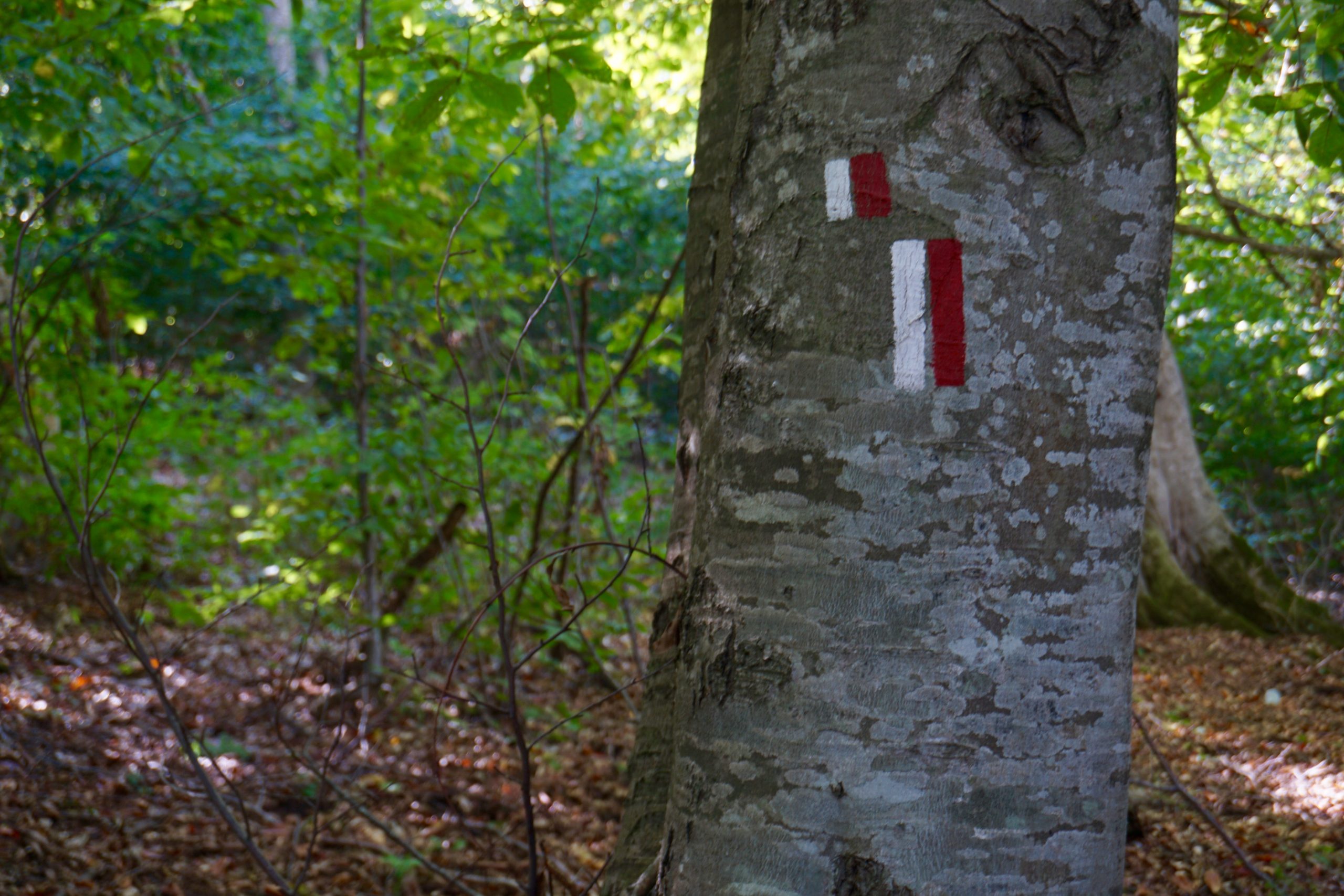 The path went through the forest 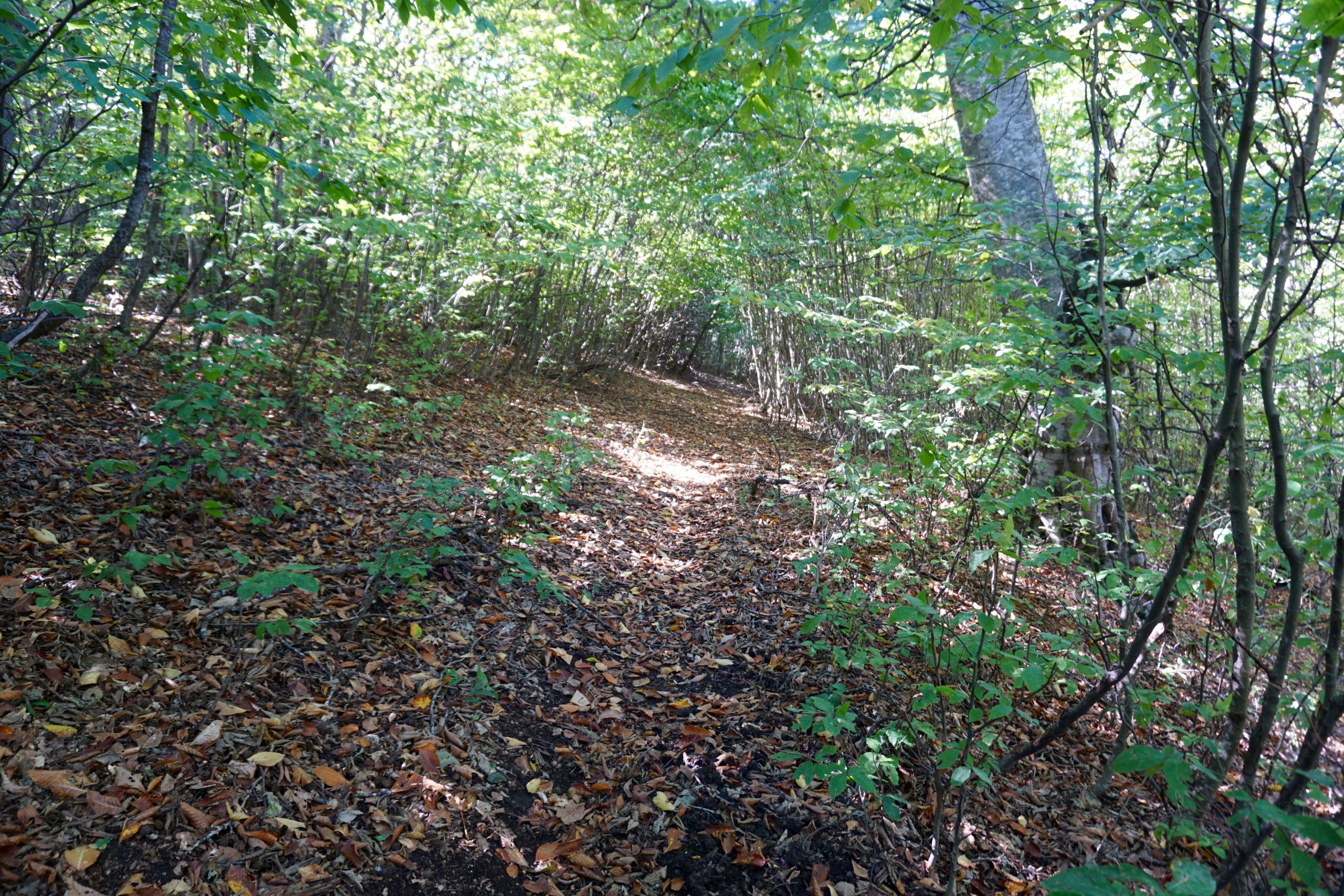 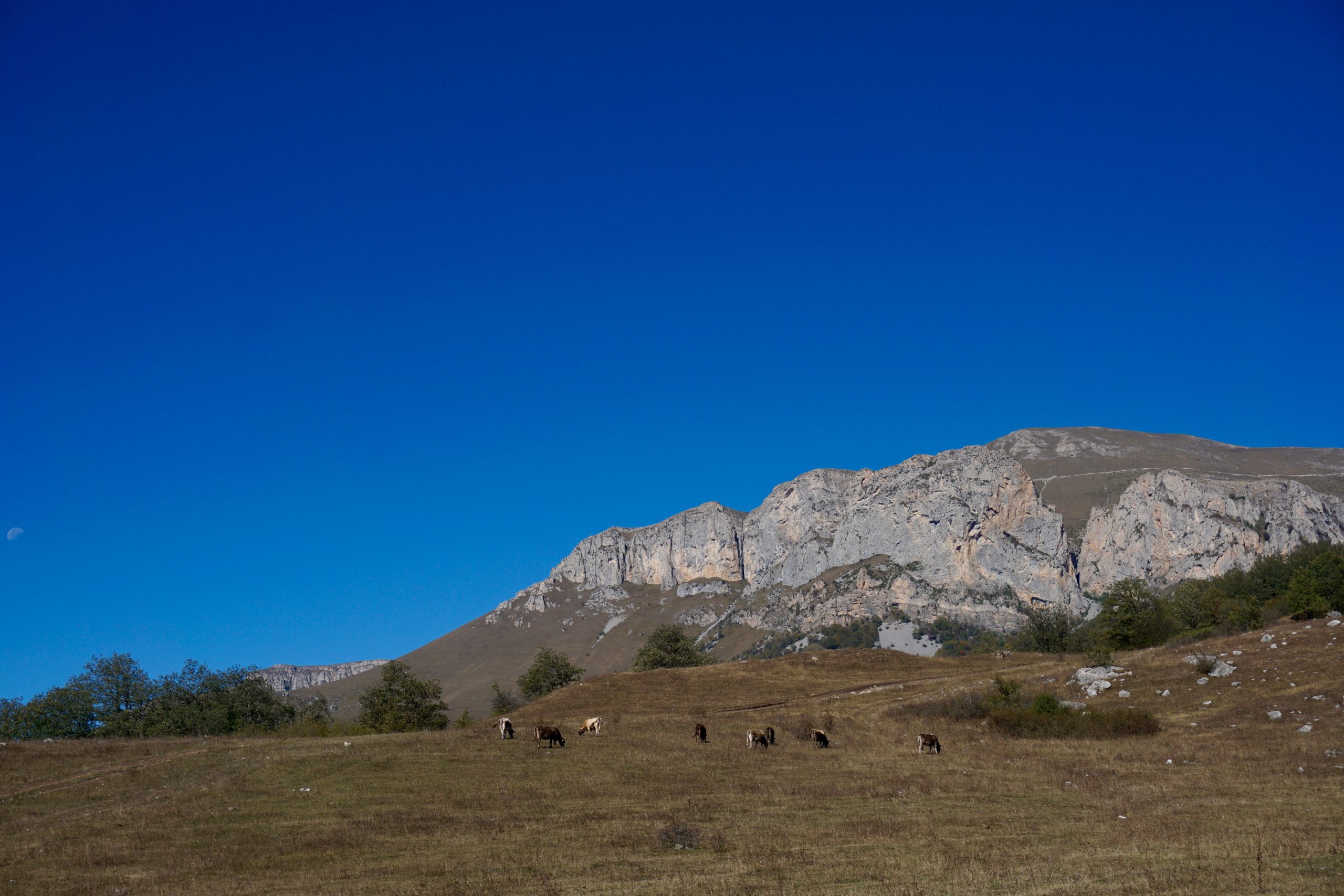 and then high on the summit. There was a summit cross 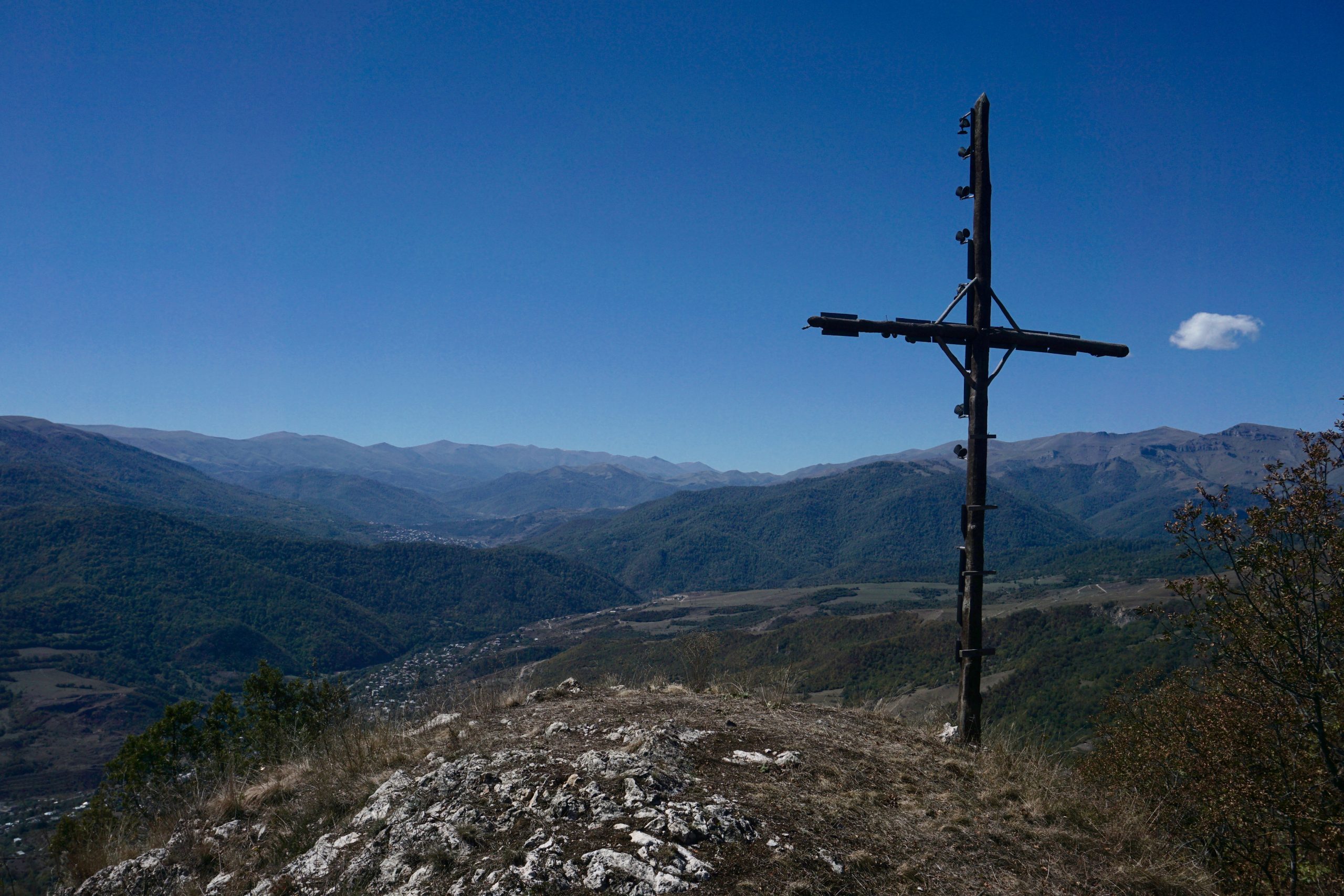 The summit cross was specially designed, it had mirrors on one side. A couple of them were already broken, but it was enough for a picture. 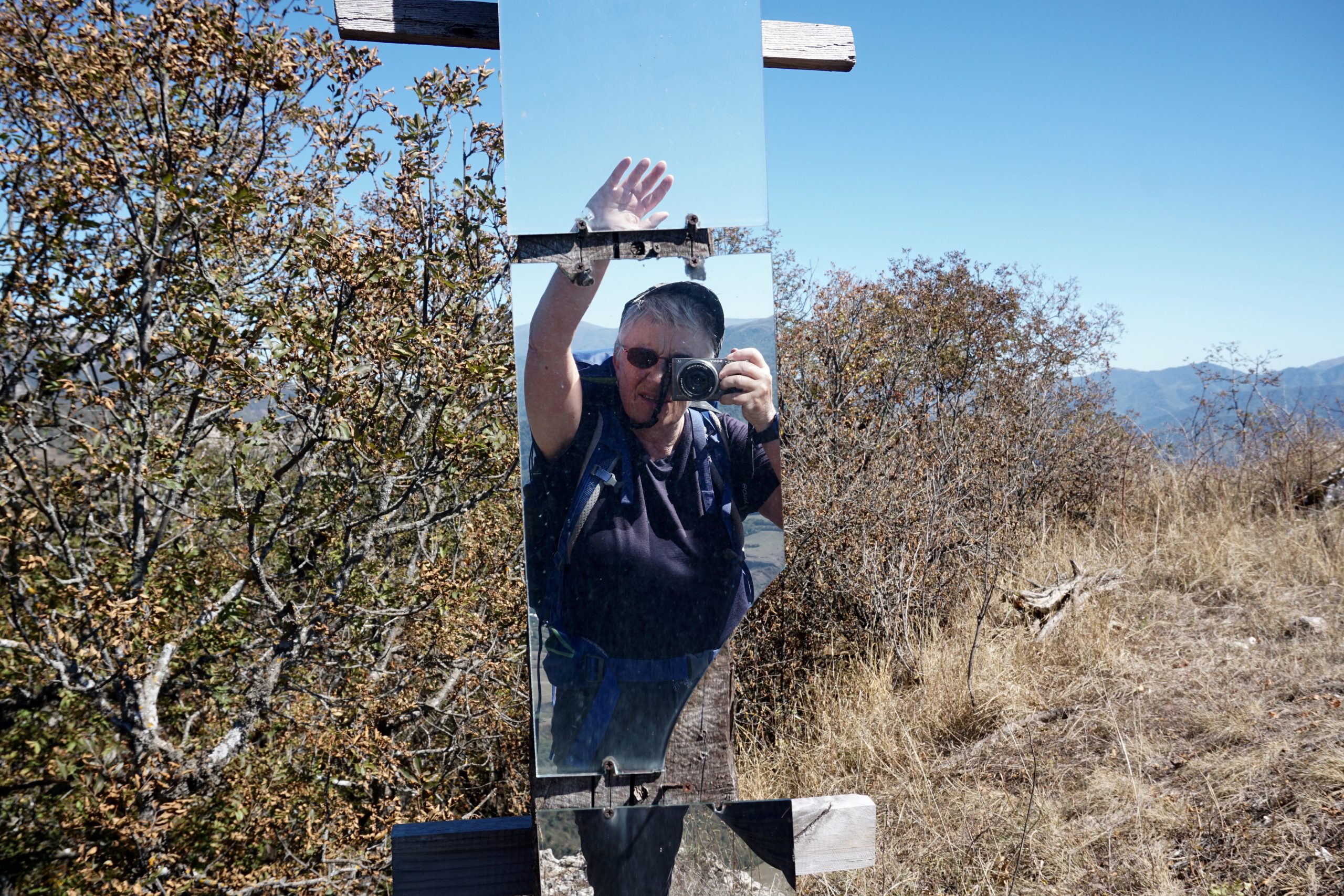 On the way down, I had another nice view of a lake. I thought all lakes in Armenia were blue – but this one was rather green. 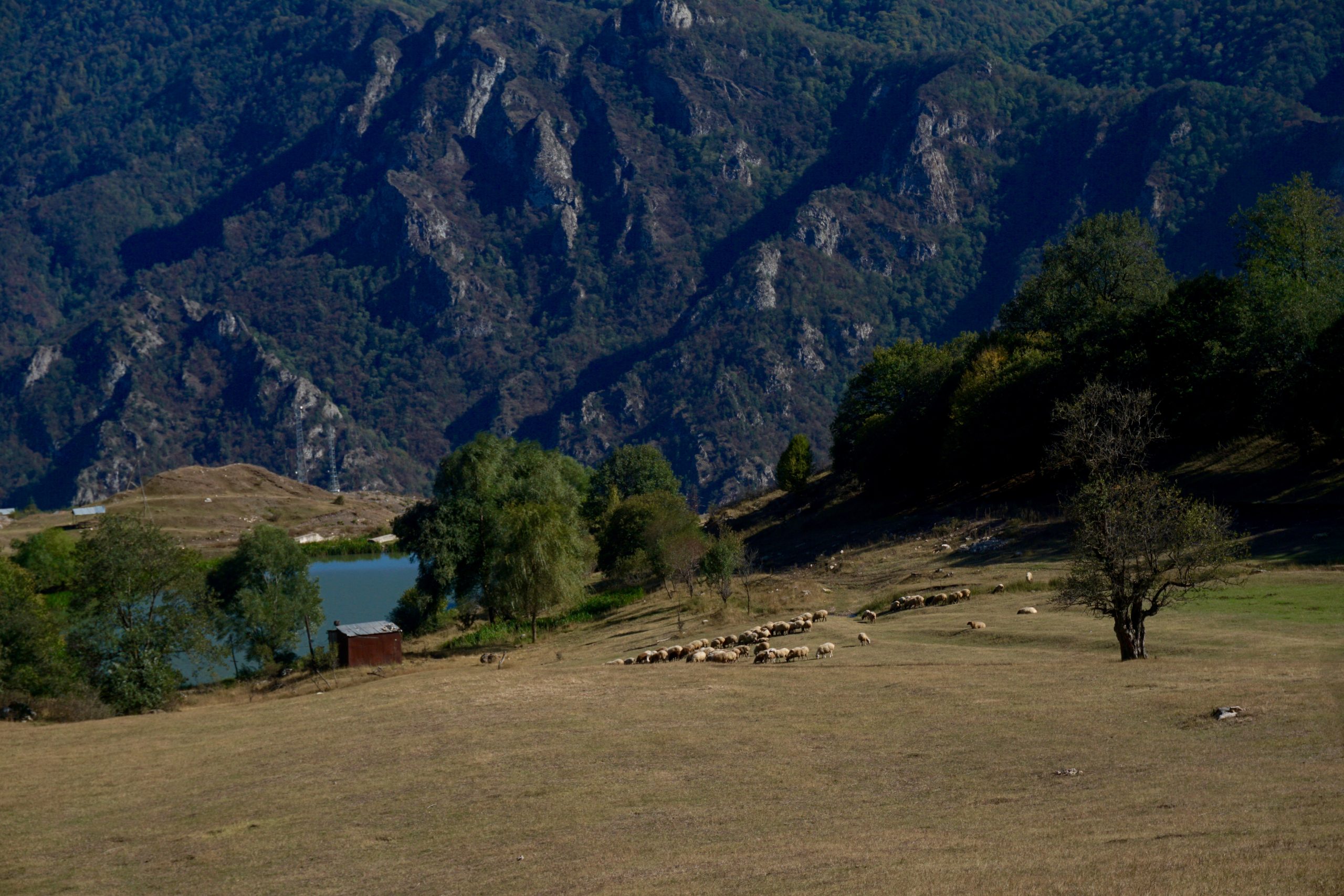 lake with flock of sheep 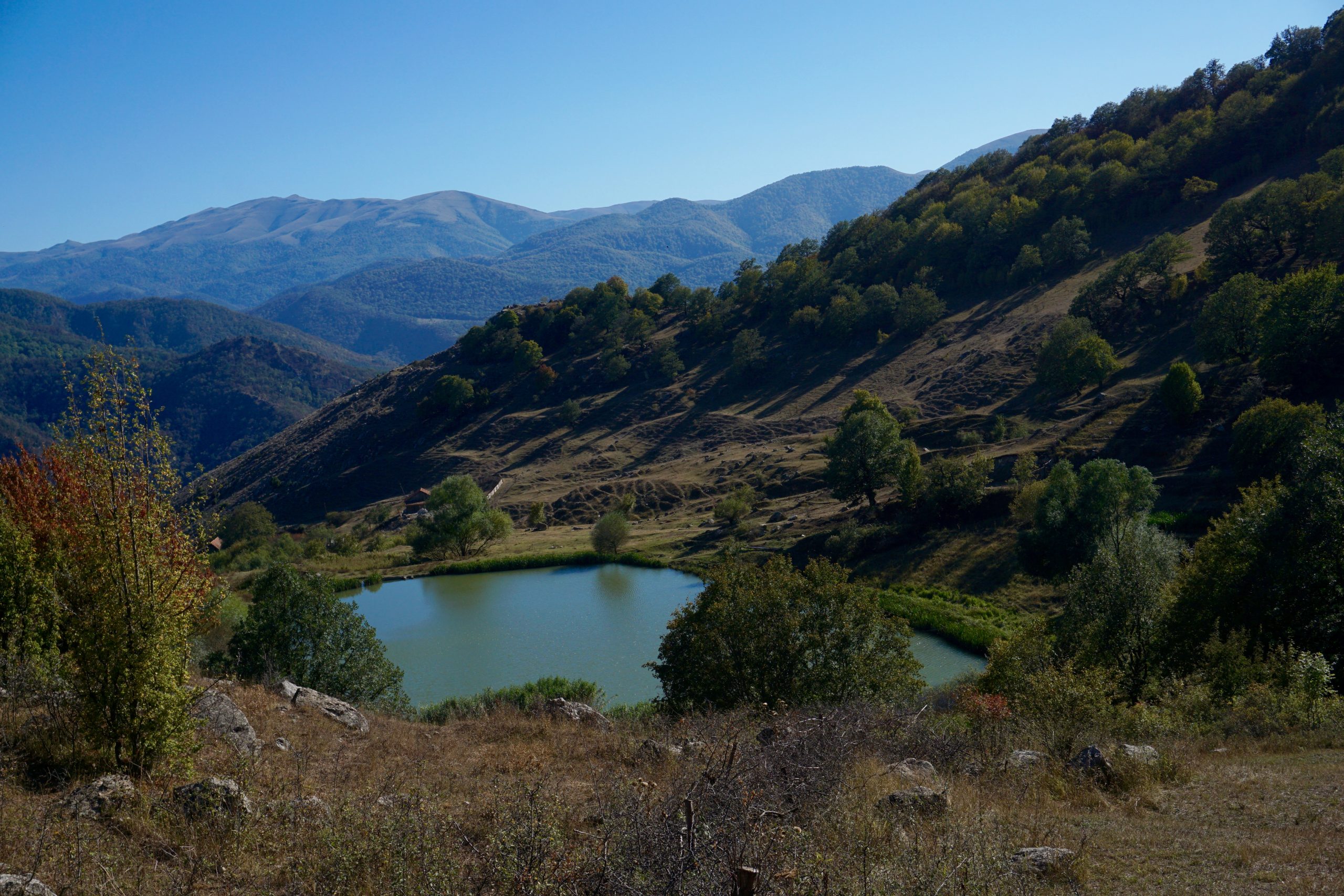 This was now the last hike I did in Armenia. A good end! But I did some more travelling before I went to Tbilisi.