I had taken a liking to driving a taxi – especially if the route I wanted to take was too inconvenient for public transport. It was only 37 km to Dilijan, and I was able to endure Adriano Celentano and electric stuff.

But first I had to say goodbye to my dear host family – in the morning I sank blocks into a cube with little Elisa. 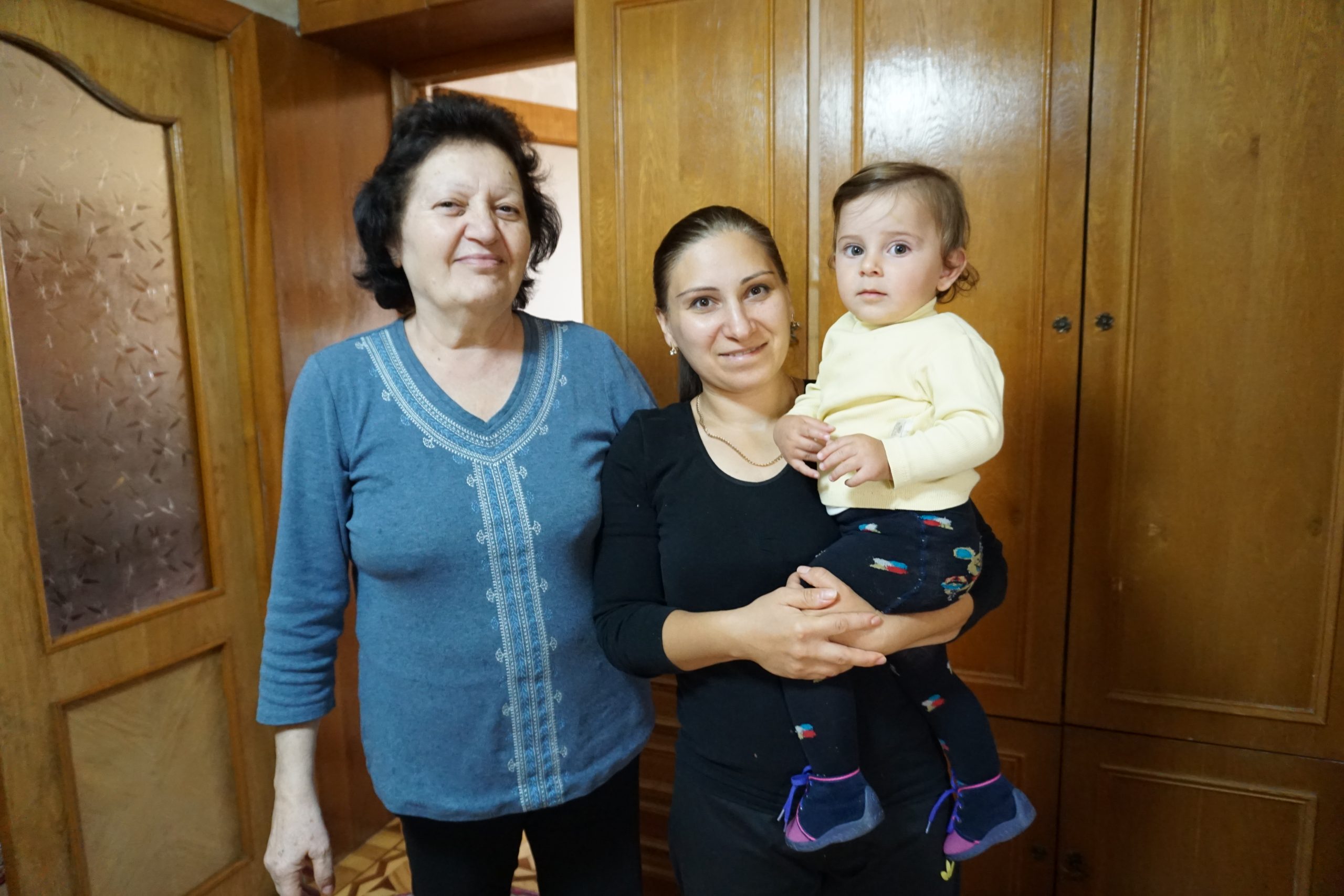 The area around Lake Sevan is characterised by bare mountains and hills. It is said that people used to be too cold and cut down too many trees for heating. 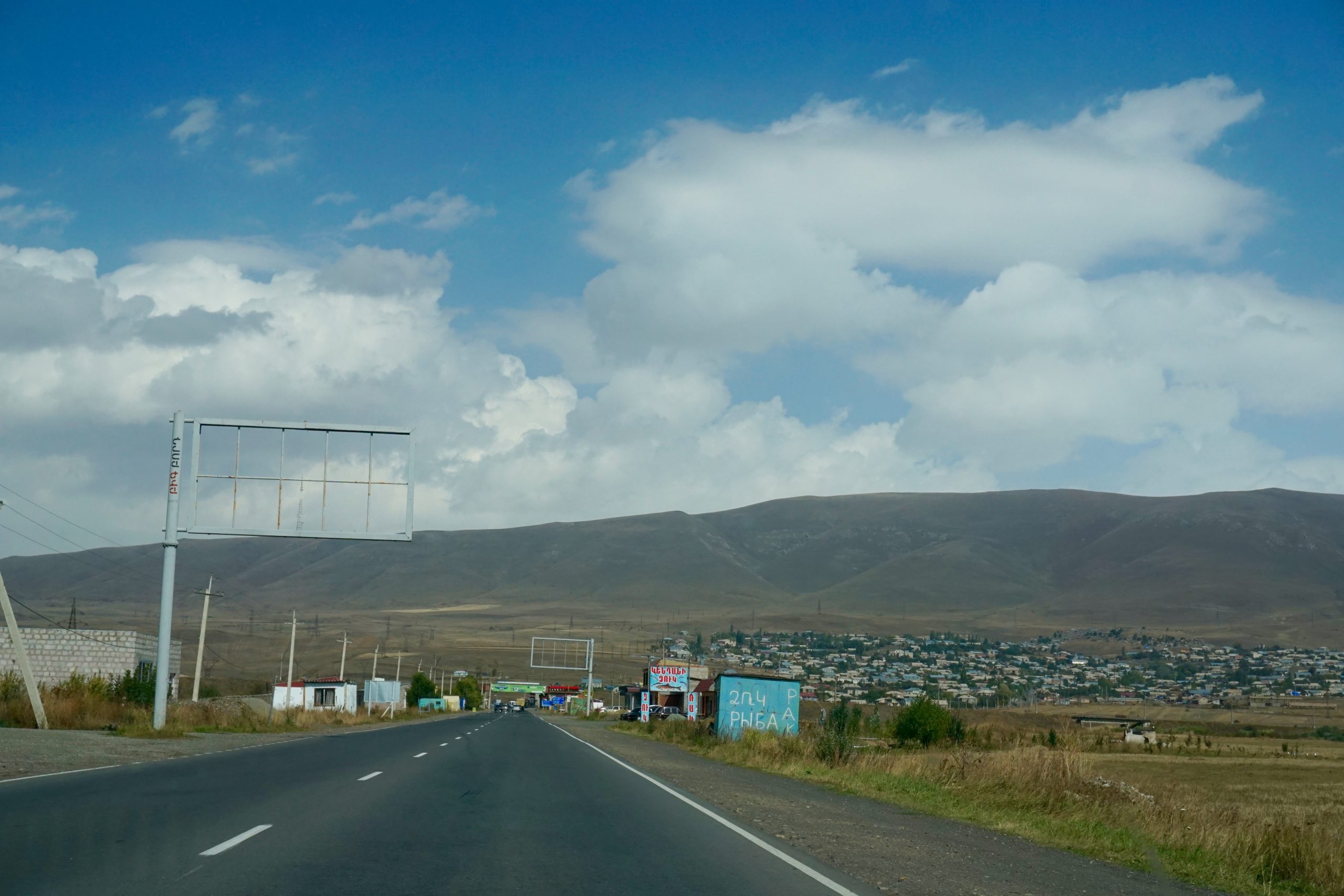 Then came a tunnel, 2 km long. And when we came out of it, I was amazed: trees! Very very many trees! 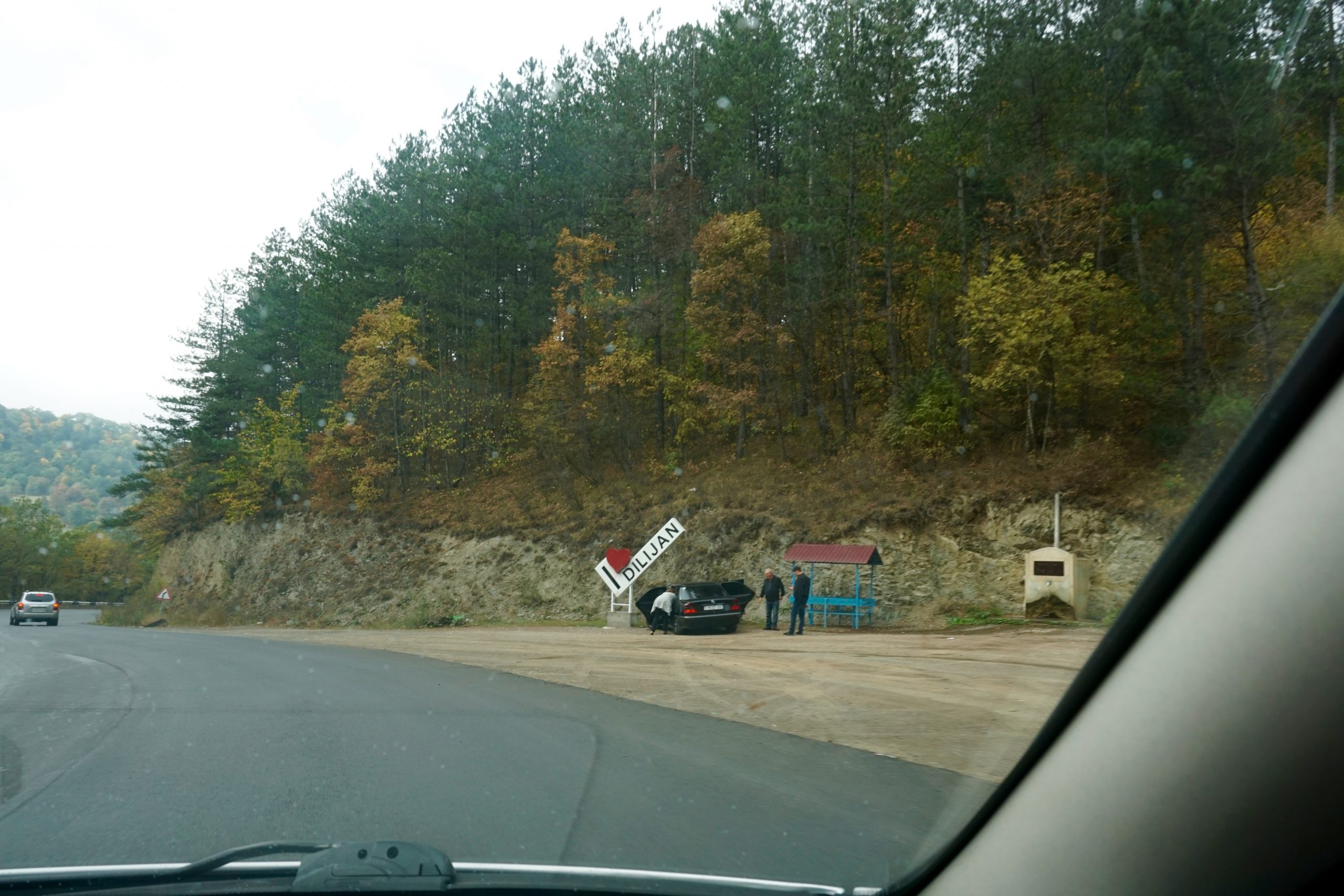 And when I arrived in Dilijan, the rain was also there. And it wouldn’t stop for the rest of the day. But I had to go out and look around a bit. I met a new kind of dog. They were quite numerous, lived on the streets and liked to hang around people. Sometimes they served me as an optimisation of a photo motif. 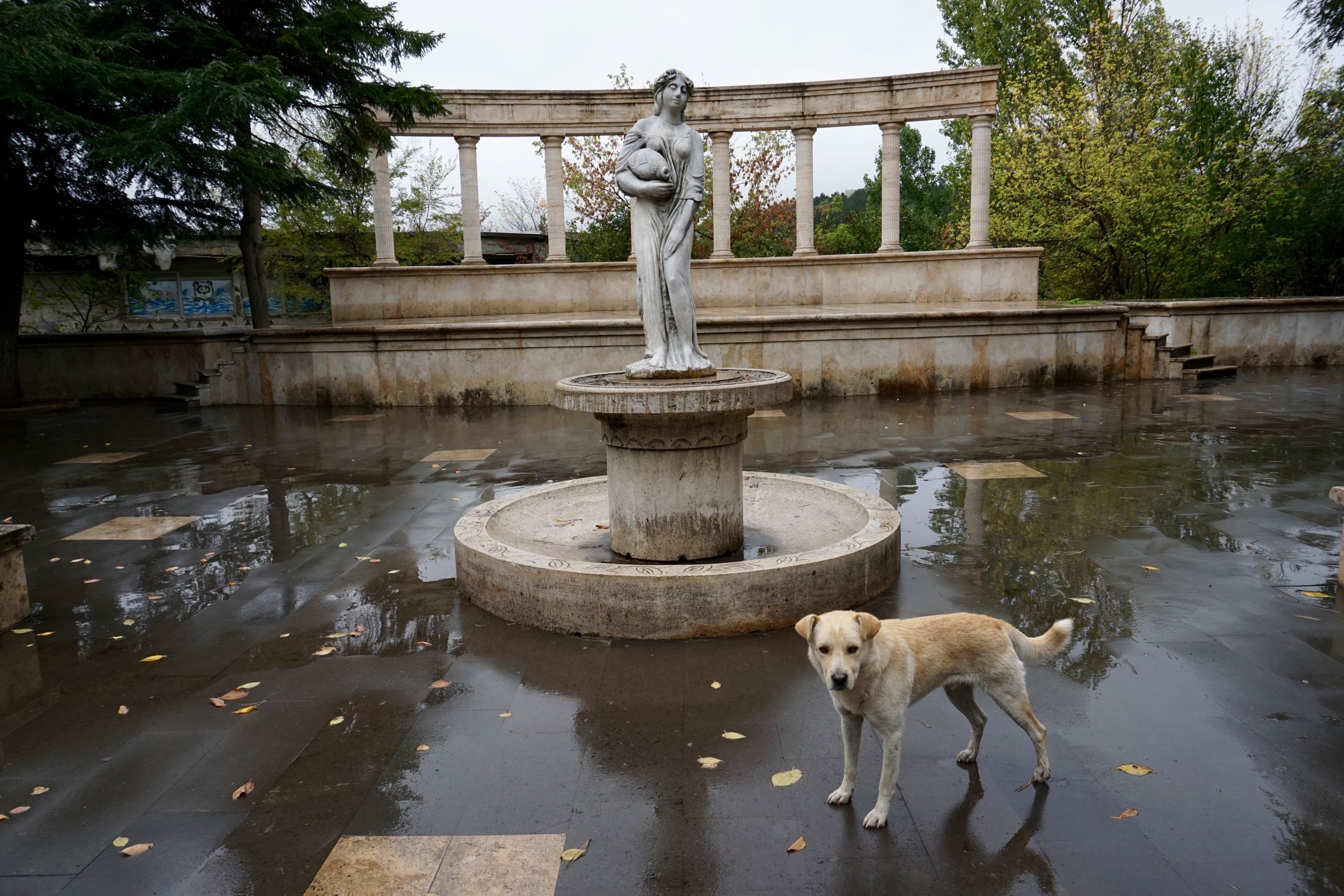 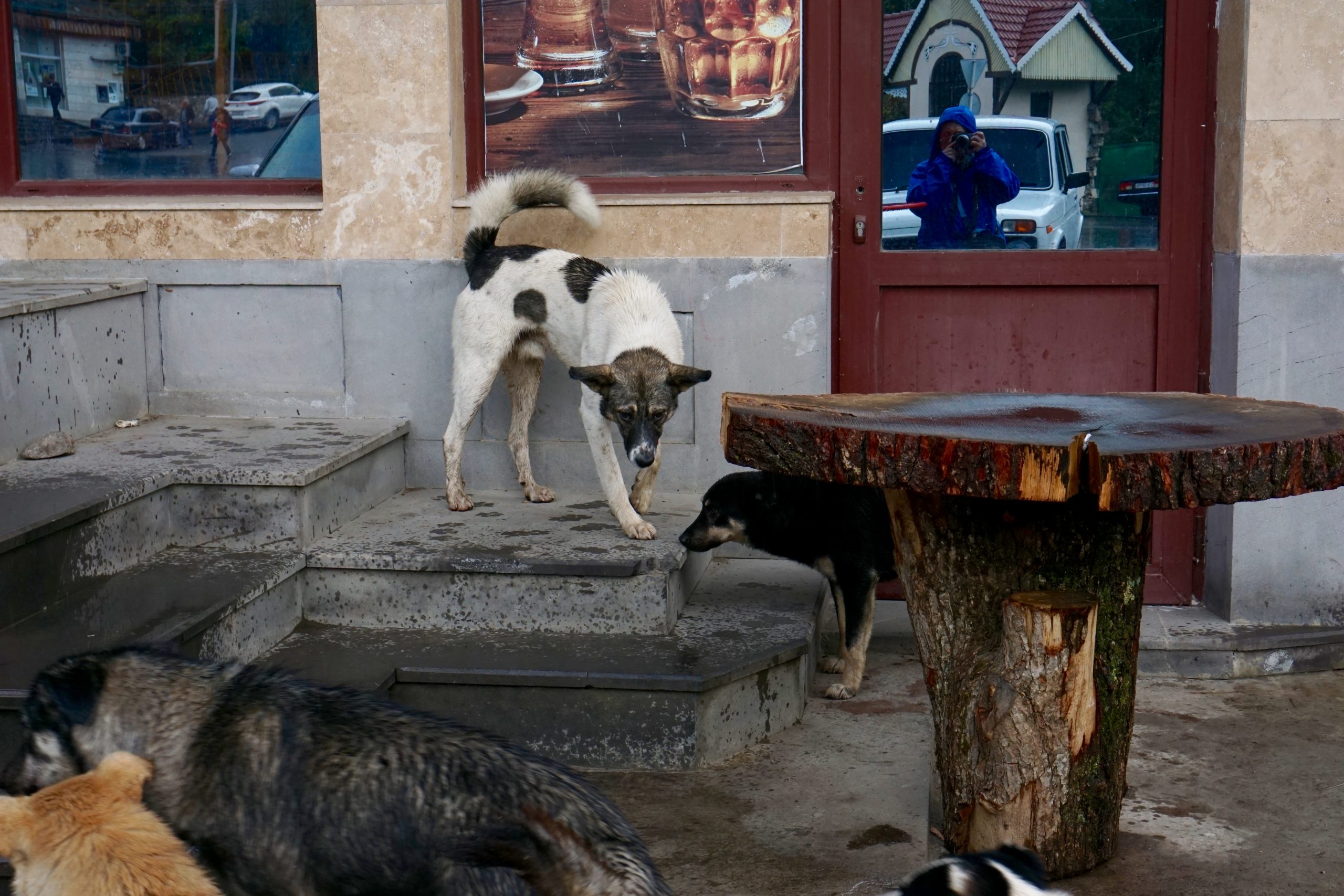 A Nana has been hiding in the mirror 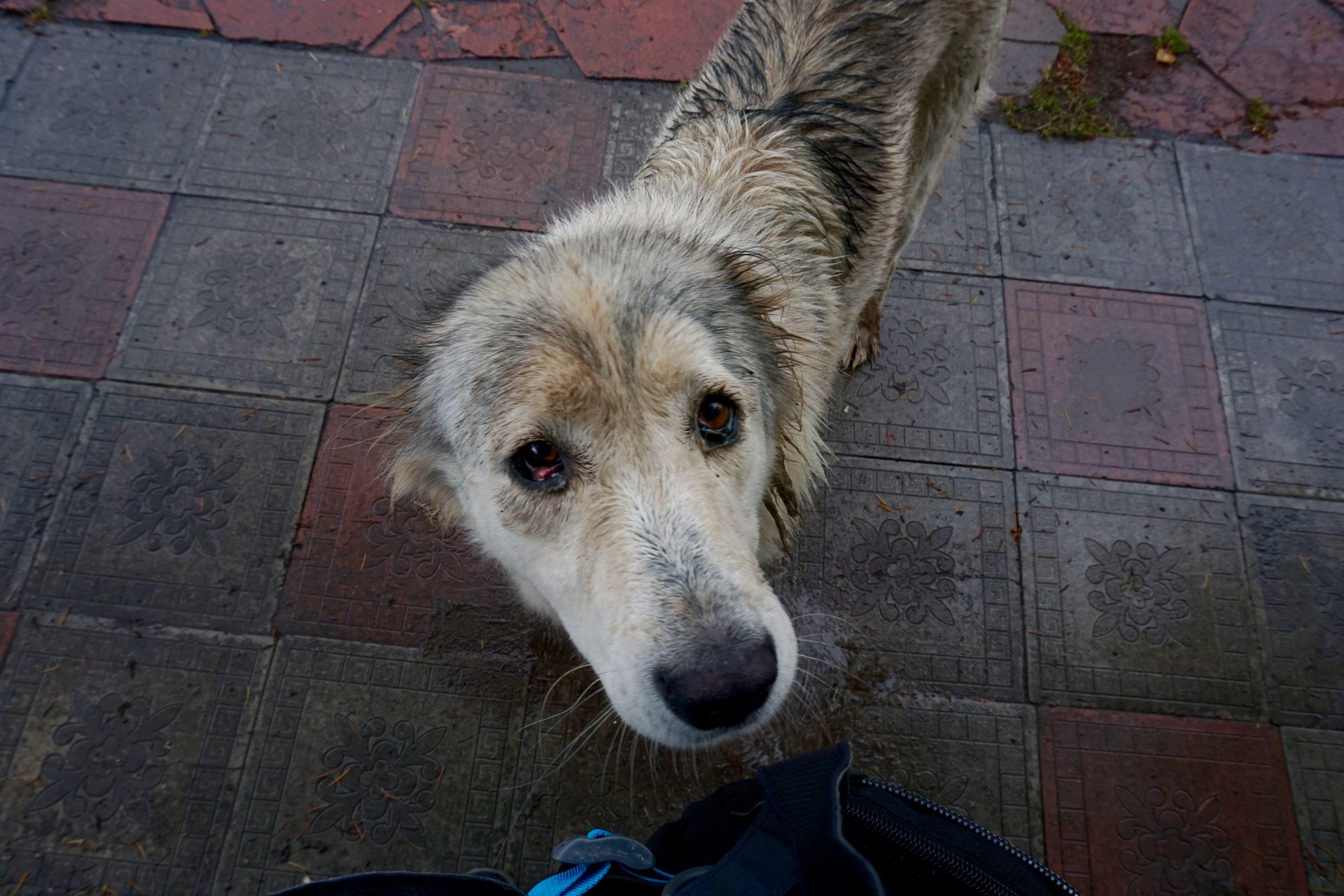 Probably pleading for a treat. But it was only enough for a photo

And then I took a photo of a swan made out of stone and that’s what it was for the day . 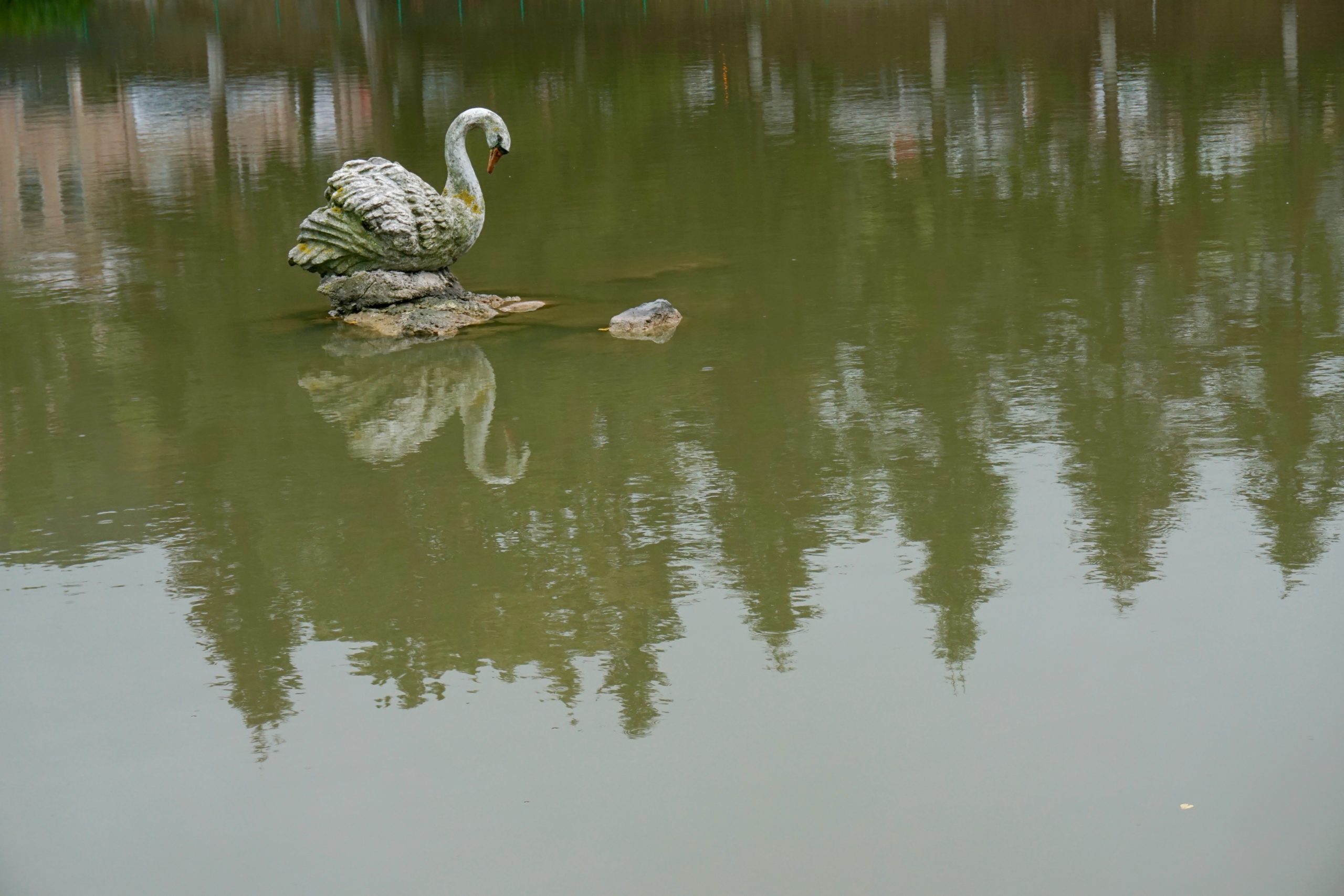 Dilijan is a popular holiday resort – among Armenians and foreign guests. It is considered the Switzerland of Armenia. When it rains, however, you see very little of it. In 1958 the forest became a state forest and in 2002 a national park. Besides these botanical delights, it has also become a kind of cultural centre. Rich people built villas here, artists moved in, holidaymakers enjoyed the flair and it feels far less Soviet than the other places.

And since the weather forecast was rainless and I liked the place in principle, I extended my planned 2 nights to 4.

Was it worth it? Wait for the next blogposts!