Who would think of visiting a sanatorium on a trip to Kyrgyzstan? At least Lothar and Bettina did. And now I have too. Both of them had been there on their respective journeys and urged me to include it in my trip as well. It would be an incomparable experience of a special kind. During this wonderful weather it still seemed strange to me, but Rakhat and his mother didn’t think it was a bad idea either – and so I booked the minimum stay of 3 nights in Goluboi.

Goluboi is the largest and legendary sanatorium complex in Kyrgyzstan and harks back to past Soviet times when there was a flurry of people seeking healing. During my stay, only a mini fraction of them were there. Goluboi translates as light blue – matching the colour scheme of the largest building. 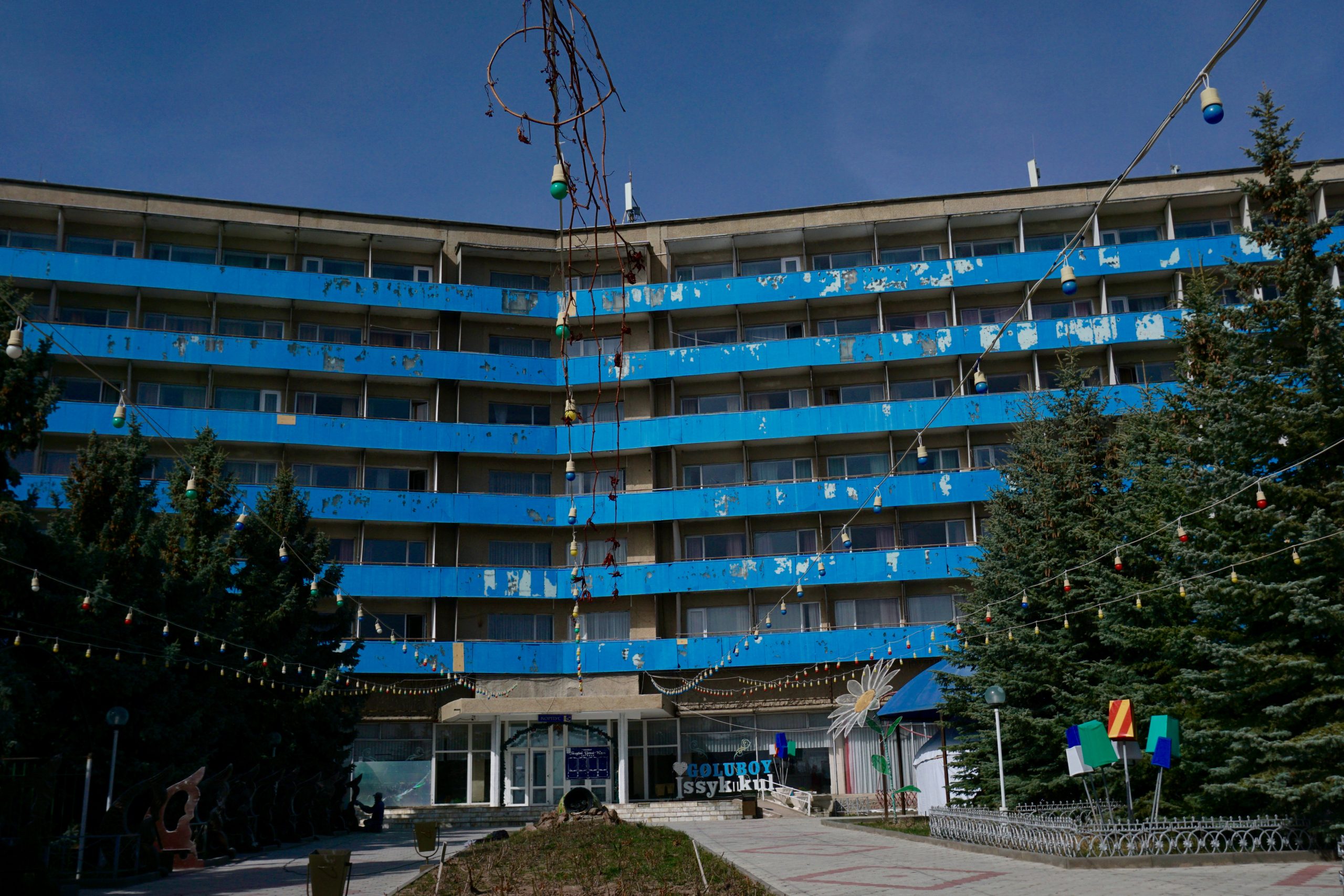 However, this building was not in use. The guests were spread out in the white building (see above) and I even got the best room: a suite with a red sofa and a balcony. 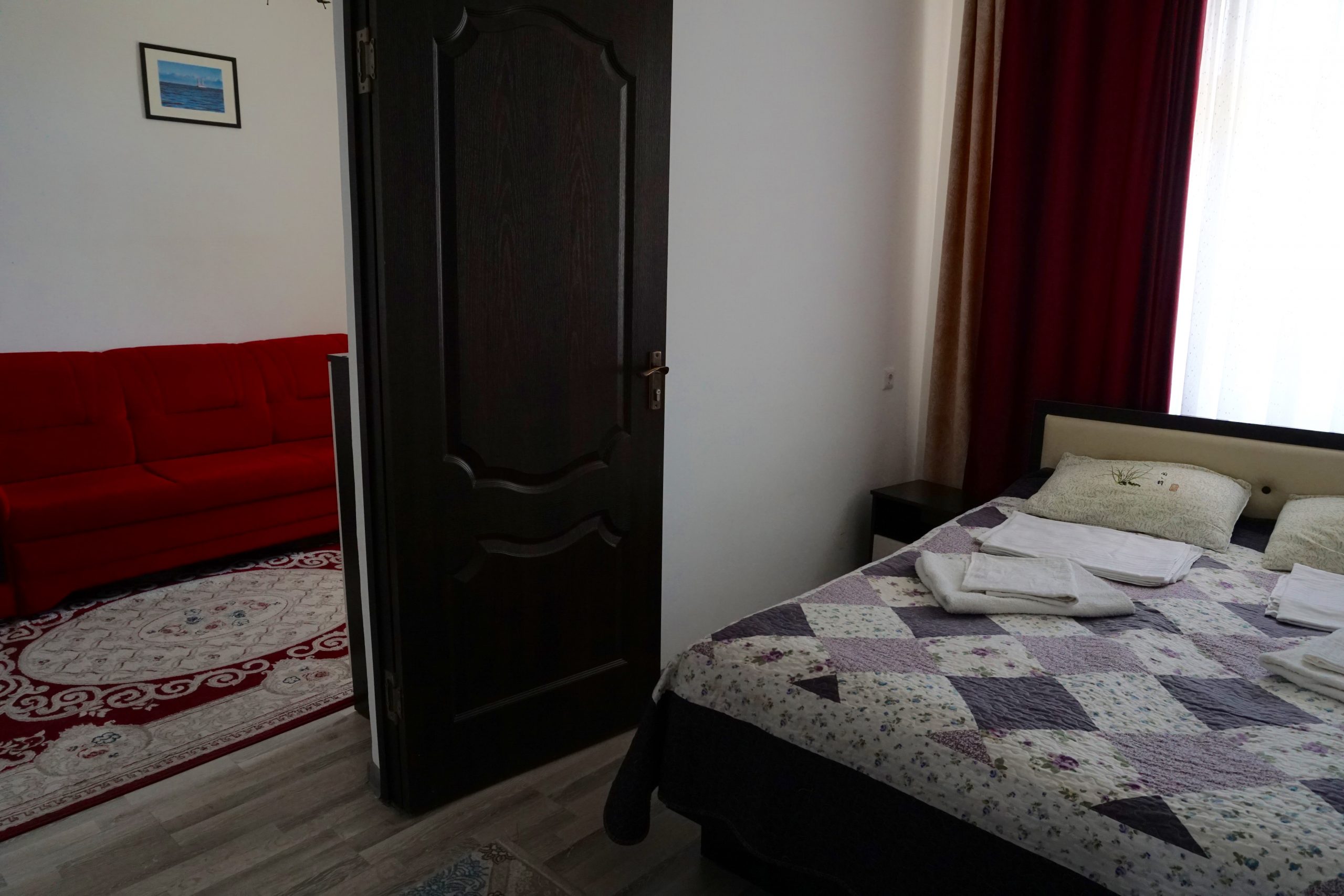 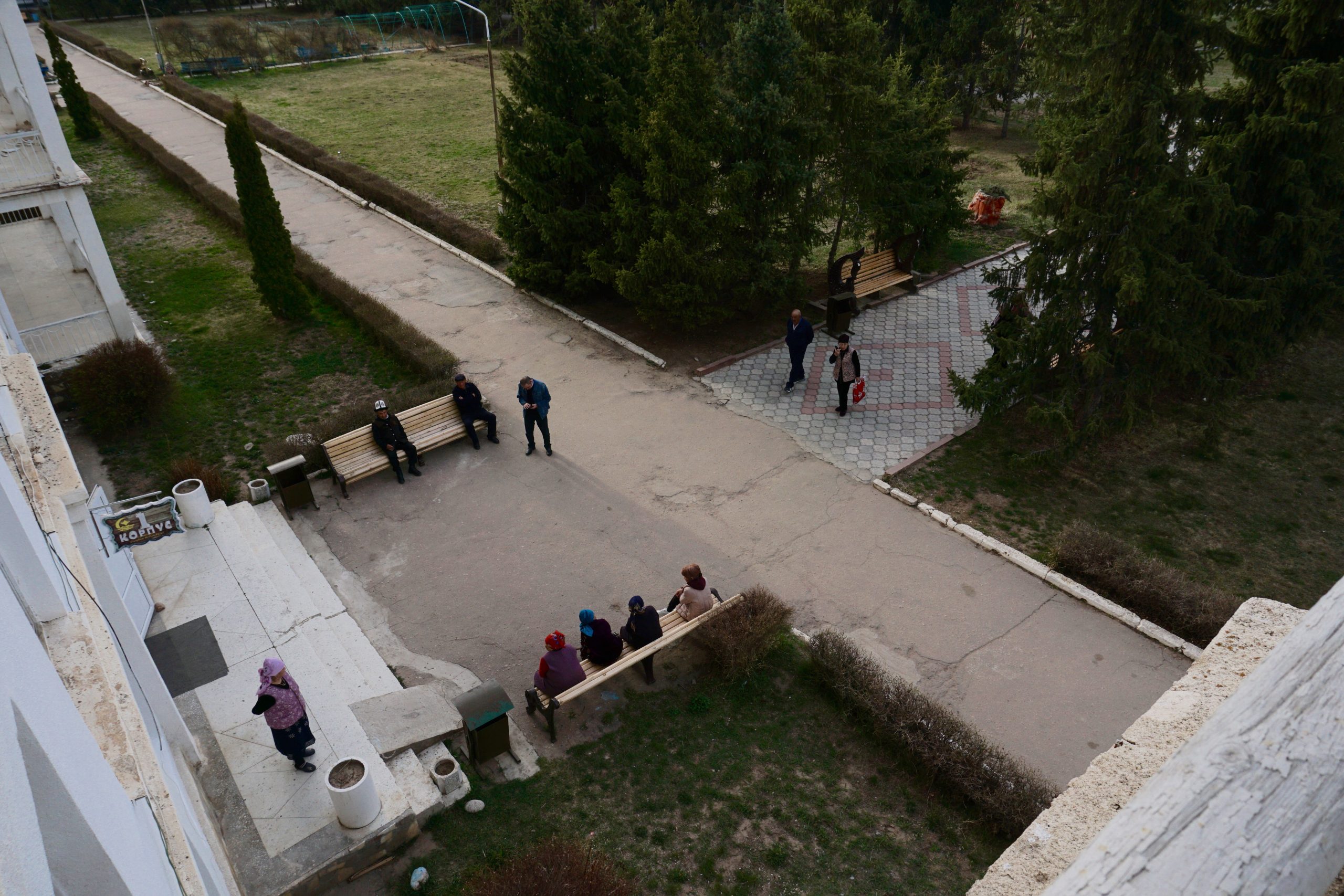 But back to the beginning. What is a bit difficult is that hardly anyone speaks English. So I made the booking via Whatsapp with a lady who wasn’t even there. I arrived, the receptionist told me a bit more in English and gave me 2 small pieces of paper and a treatment booklet (with Cyrillic letters). And then I stood outside on a large area and looked around, perplexed. An Indian with his buddy came to help. That was good, because where I needed to go was quite far away and I initially had difficulties finding my way around with only Cyrillic signposts. The Indian was here because of his training as a doctor and was from Gujarat. I had to laugh that I immediately stumbled over the feet of an Indian. And I was amazed when I saw more of them later. At some point it seemed to me that there were more Indians on the premises than Spa guests. 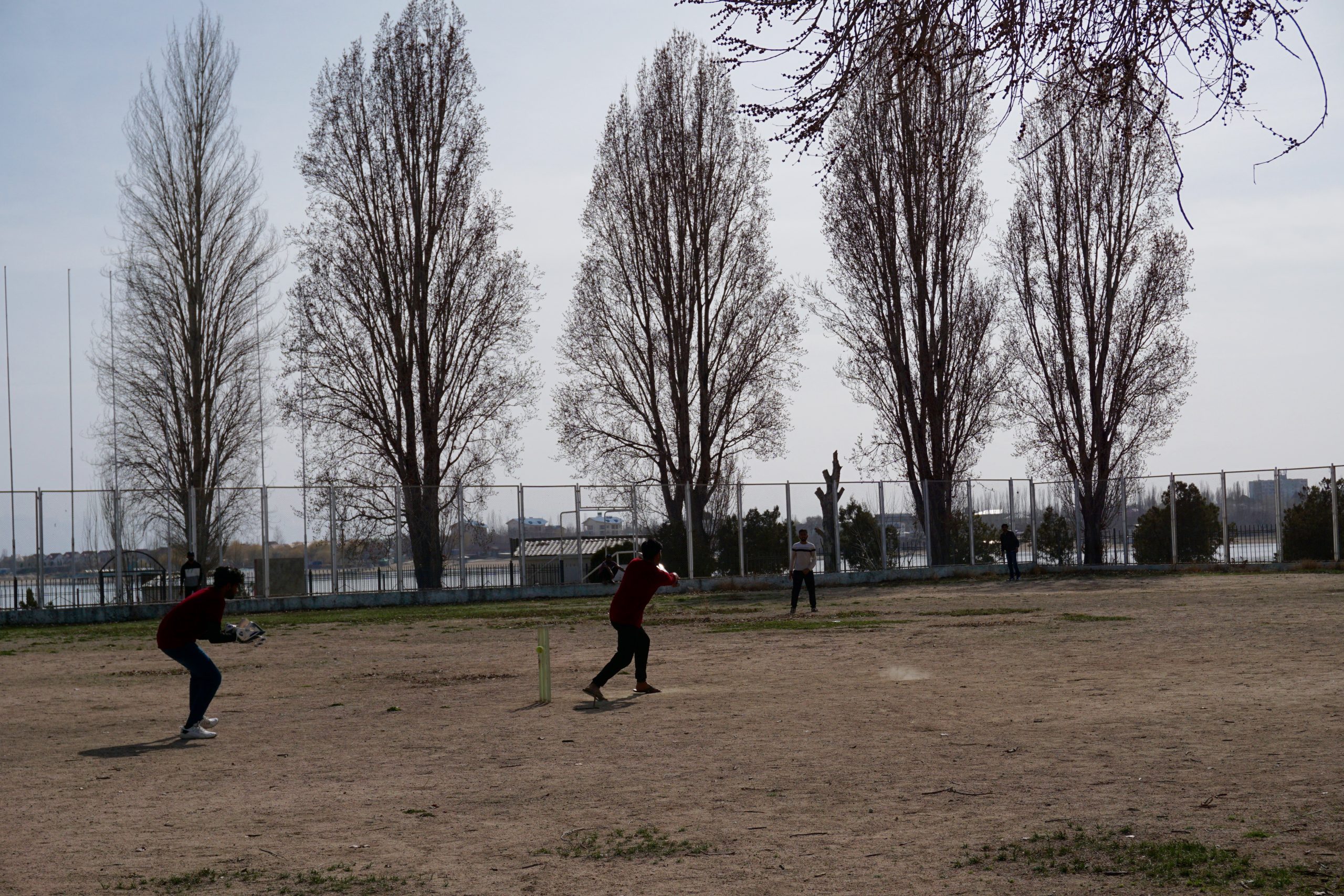 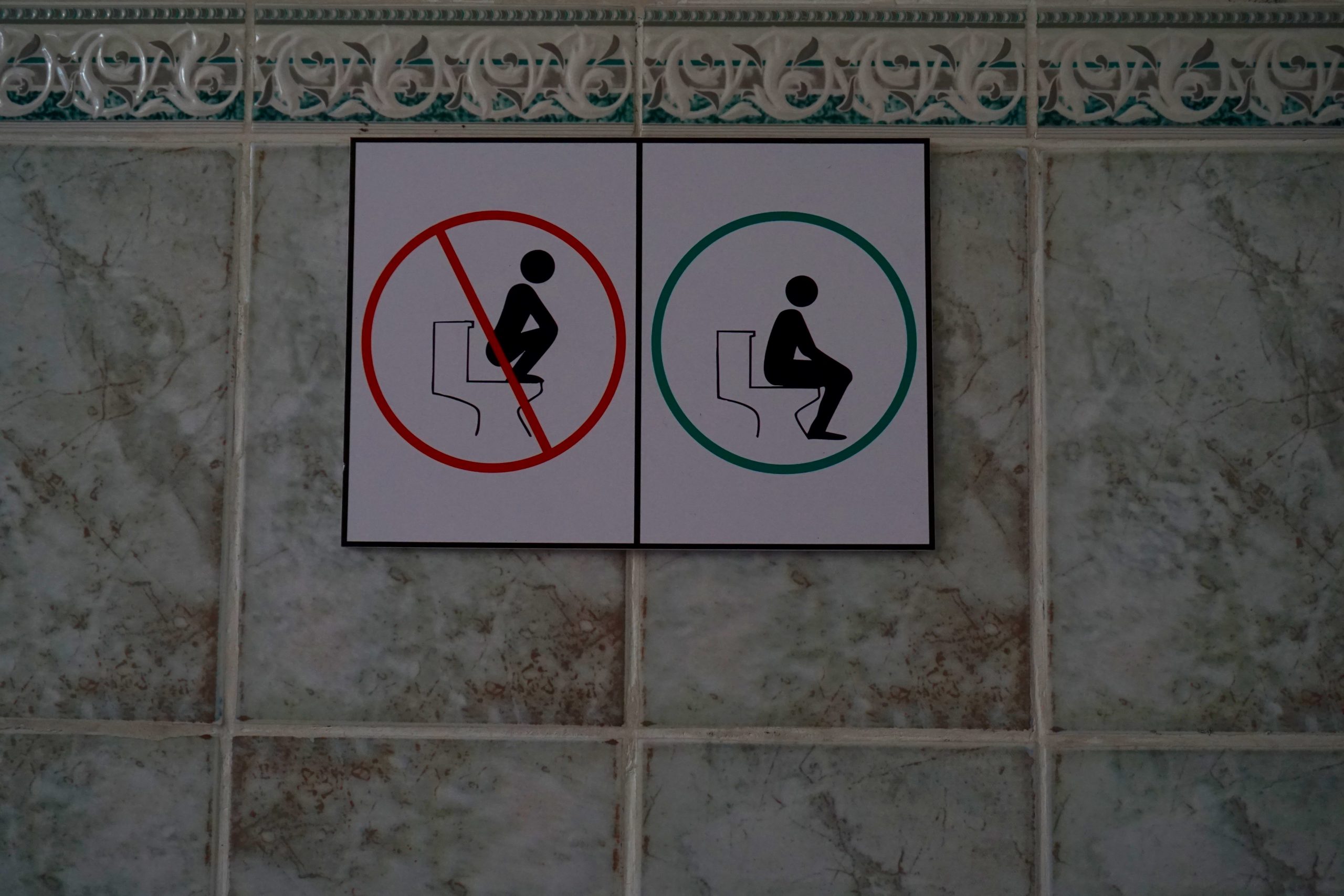 Where there are such signs on the toilets, Indians cannot be far away

And then I came to a building that made everything clear to me with the Indians: an International School for Medicine! All here to study! (There don’t seem to be any other students there either). This is on the premises and also the hostel accommodation. They study here eagerly and seem to be having a good time too – there were quite a few love matches to watch. 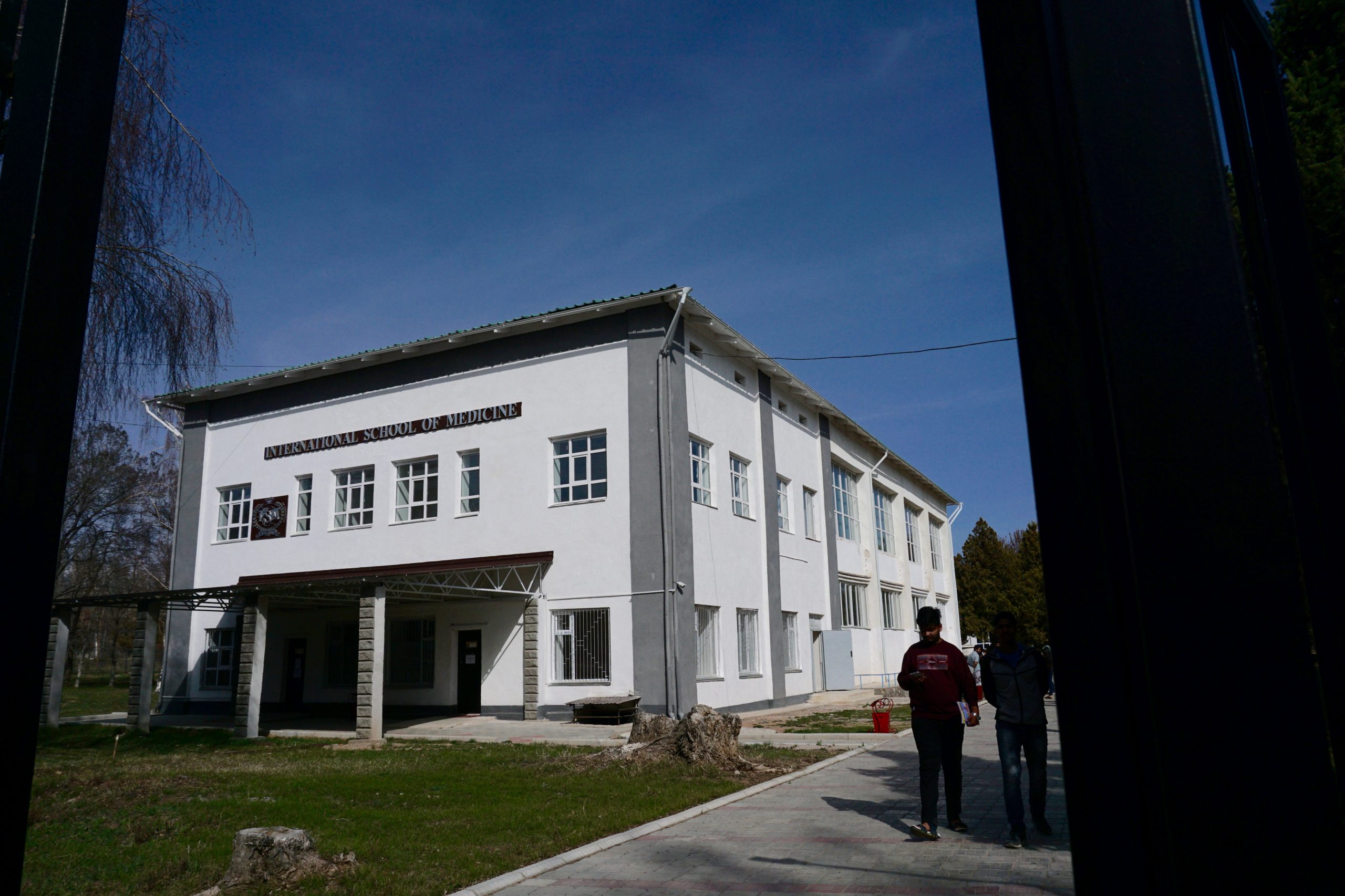 The offer for a Goluboi stay is very cheap – for about 50 Euros you get 3 nights with all meals, 1 doctor’s visit and 5 treatments incl. However, the doctors are only there in the mornings and so I had to wait for the next day.

Instead, I went down to the beach. 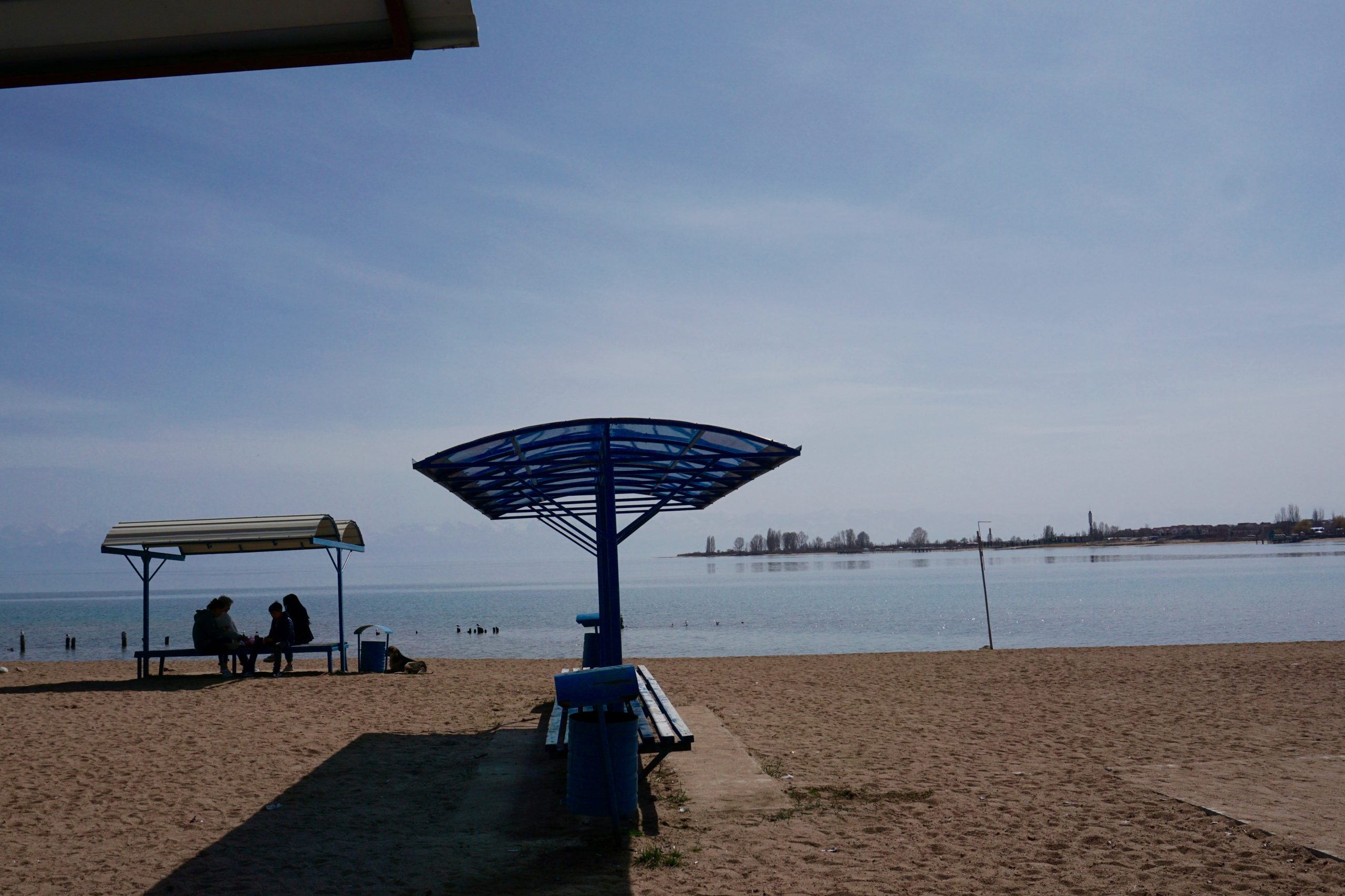 There wasn’t really much going on there either. Anyway. I climbed a diving tower and looked down. 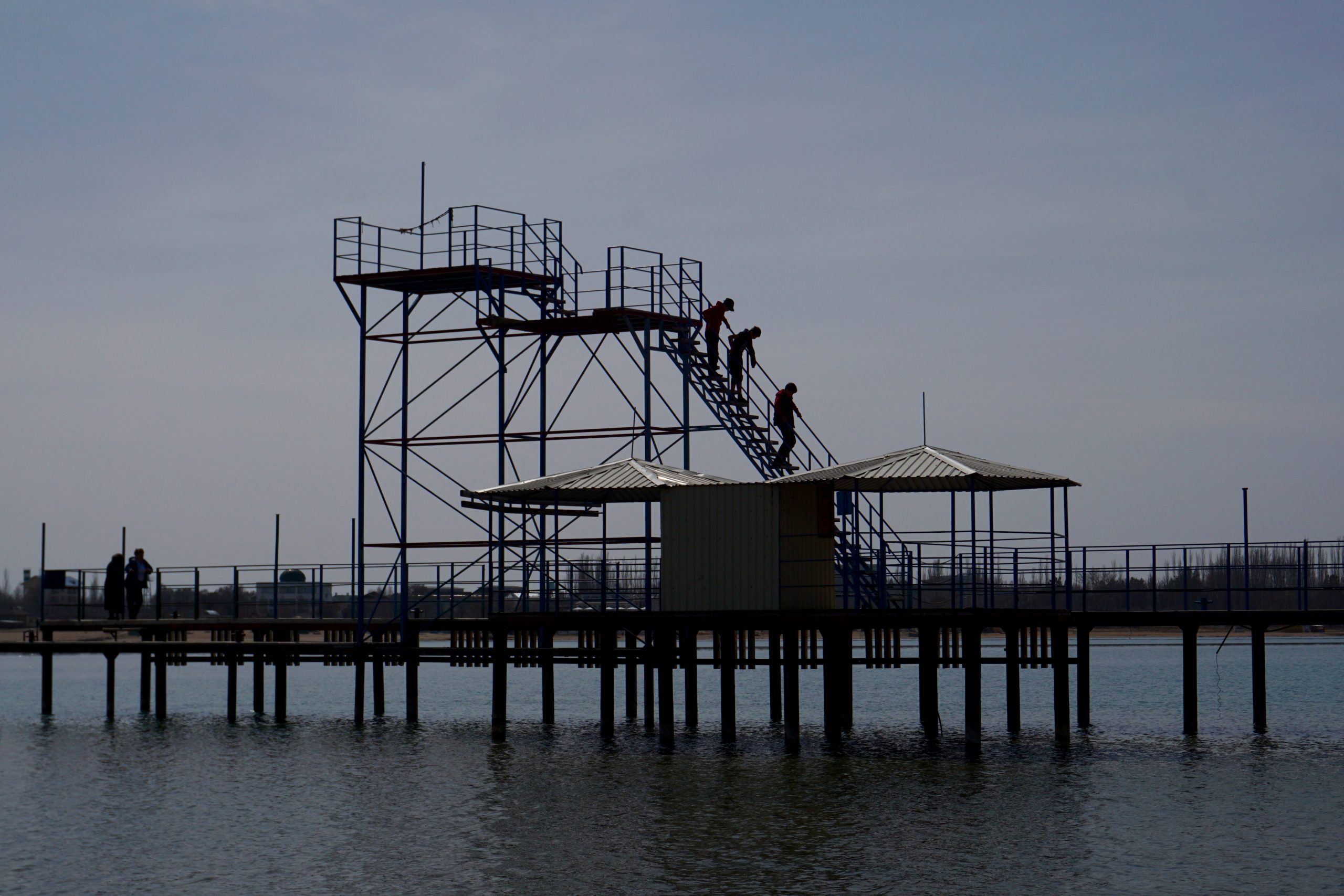 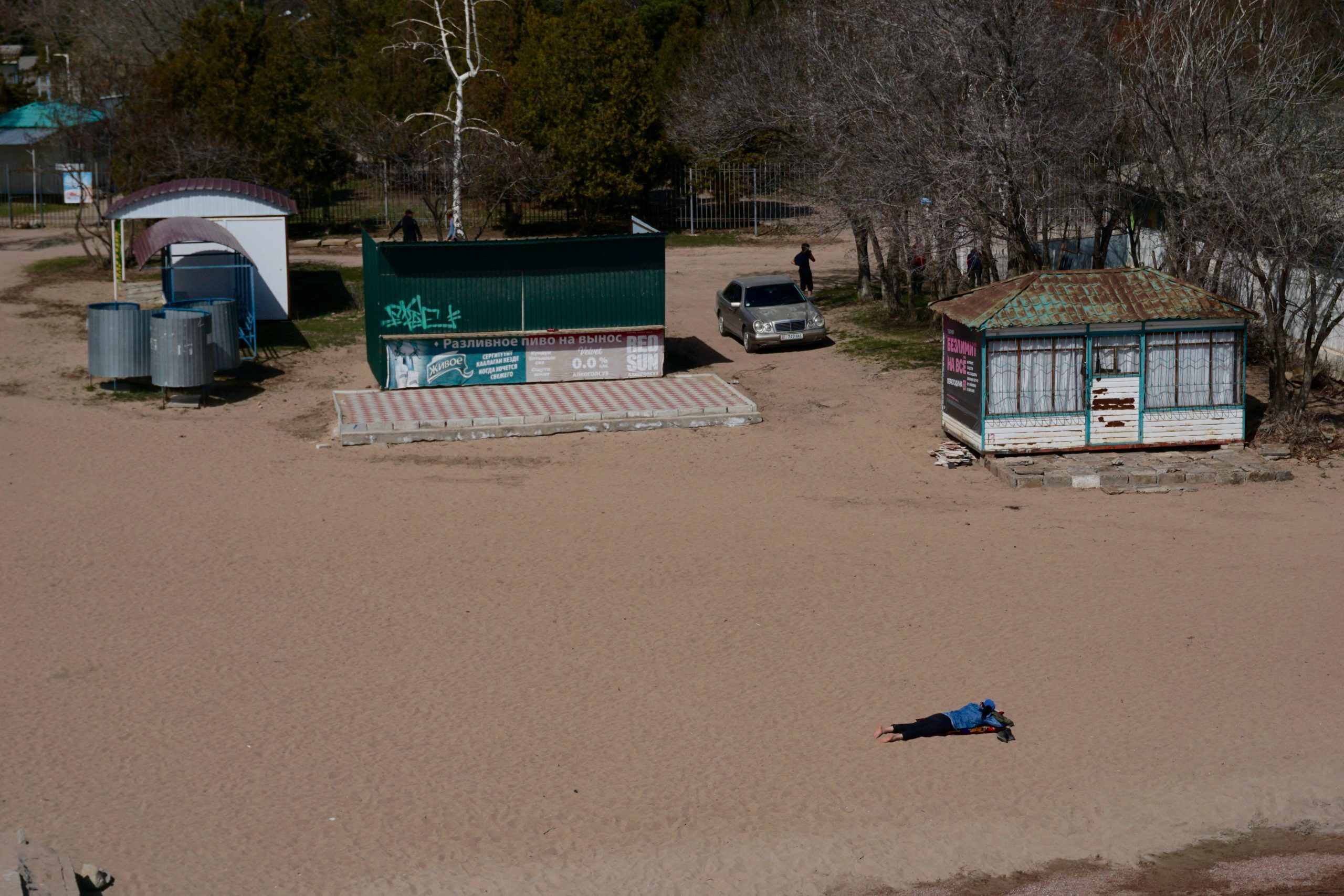 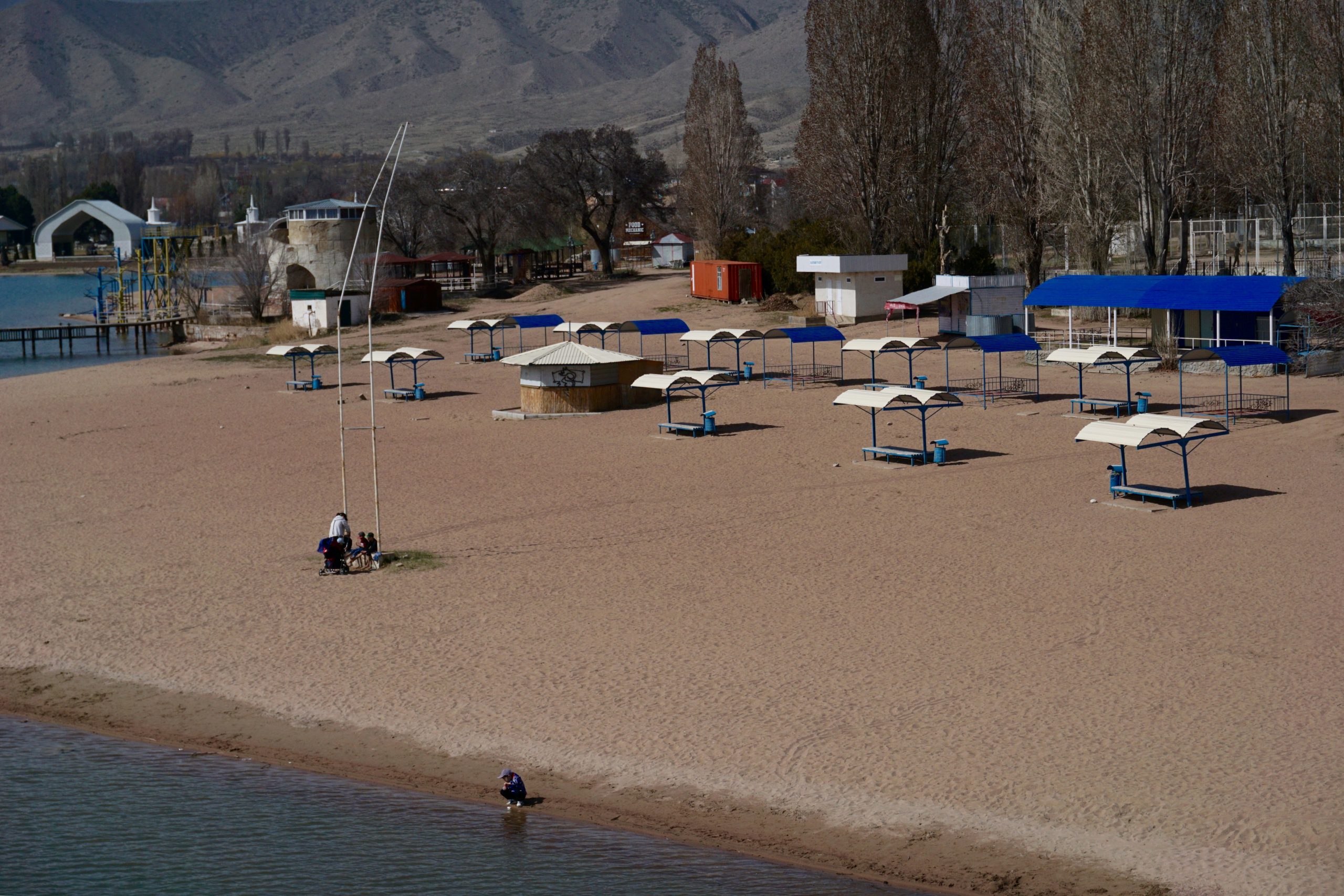 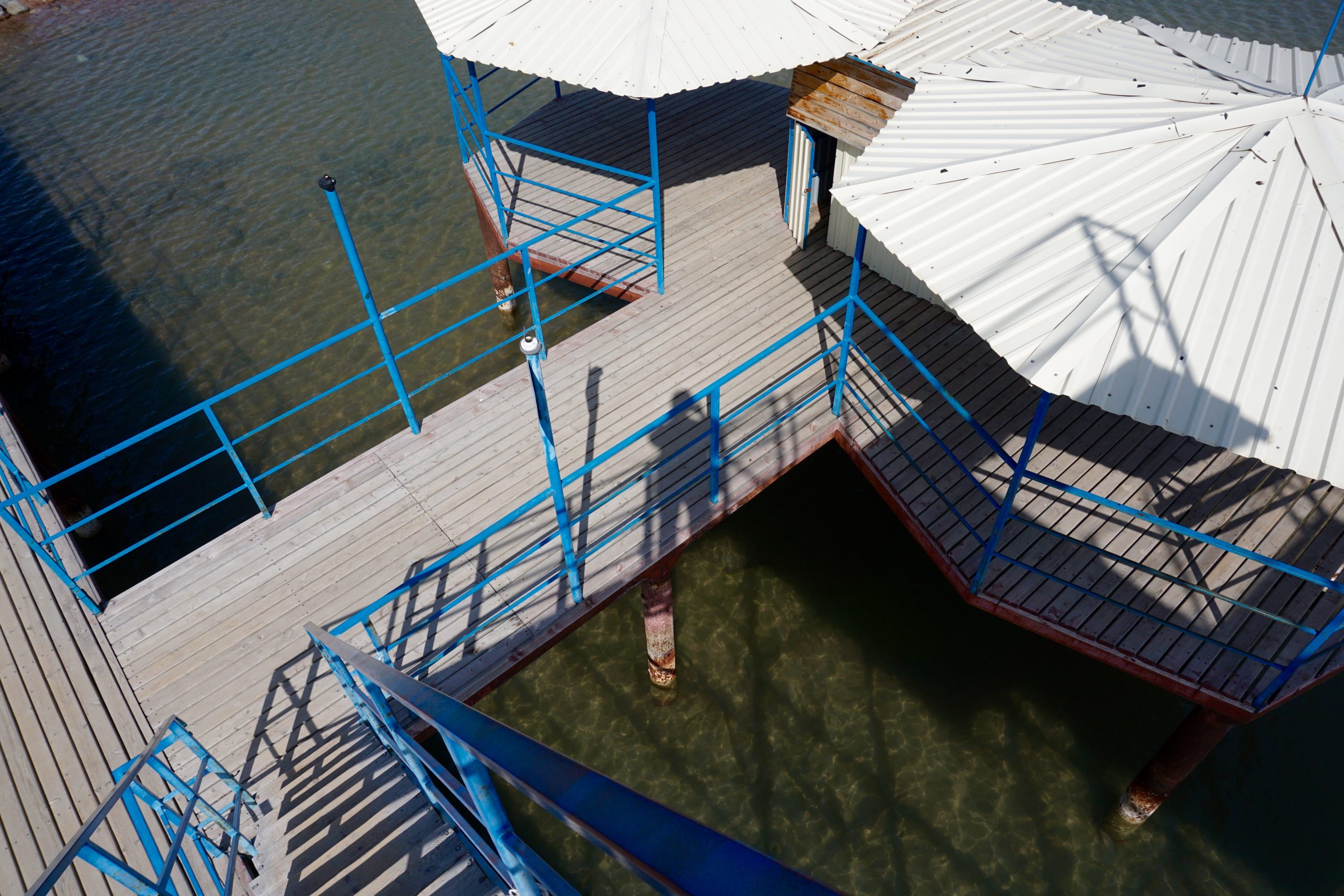 Then I took off my shoes and socks and went for a walk on the beach. It was really nice with my bare feet in the sand and sometimes in the water (it was really too cold for me to swim – besides, I would have been the only one). Others were also walking around alone or squatting. 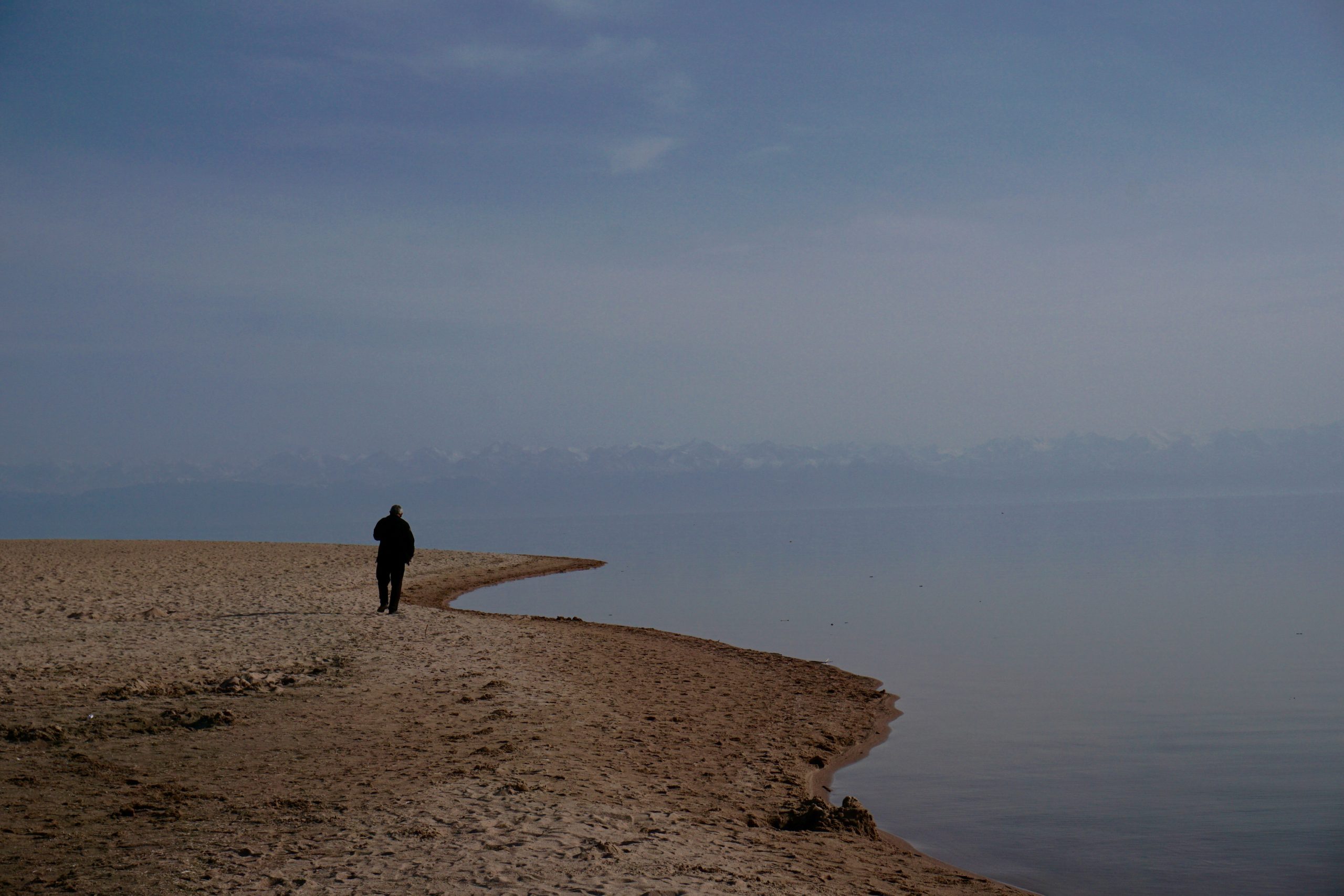 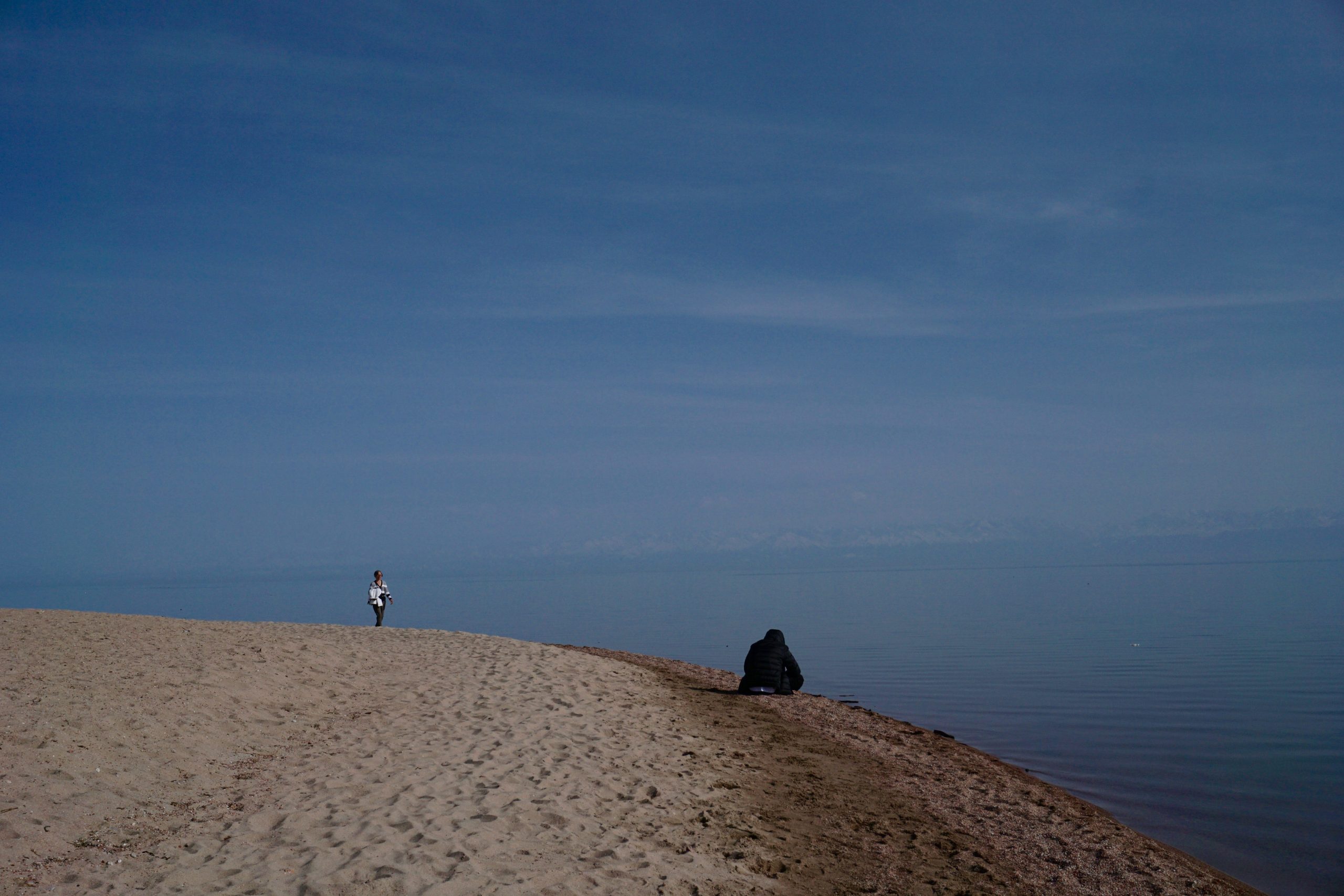 A younger woman approached and spoke to me. Where I was from, etc. Her name was Jule and she was from Russia. She came here with her son and they live here now. There must have been personal difficulties at home. She was very lucky, she worked online and she could do that from anywhere. What exactly? She works for a company that sells health and beauty products worldwide. It would be called Siberian Wellness. She would get commission for every recommendation. That’s when I decided to take a hike.

Another view of blue Issyk Kul 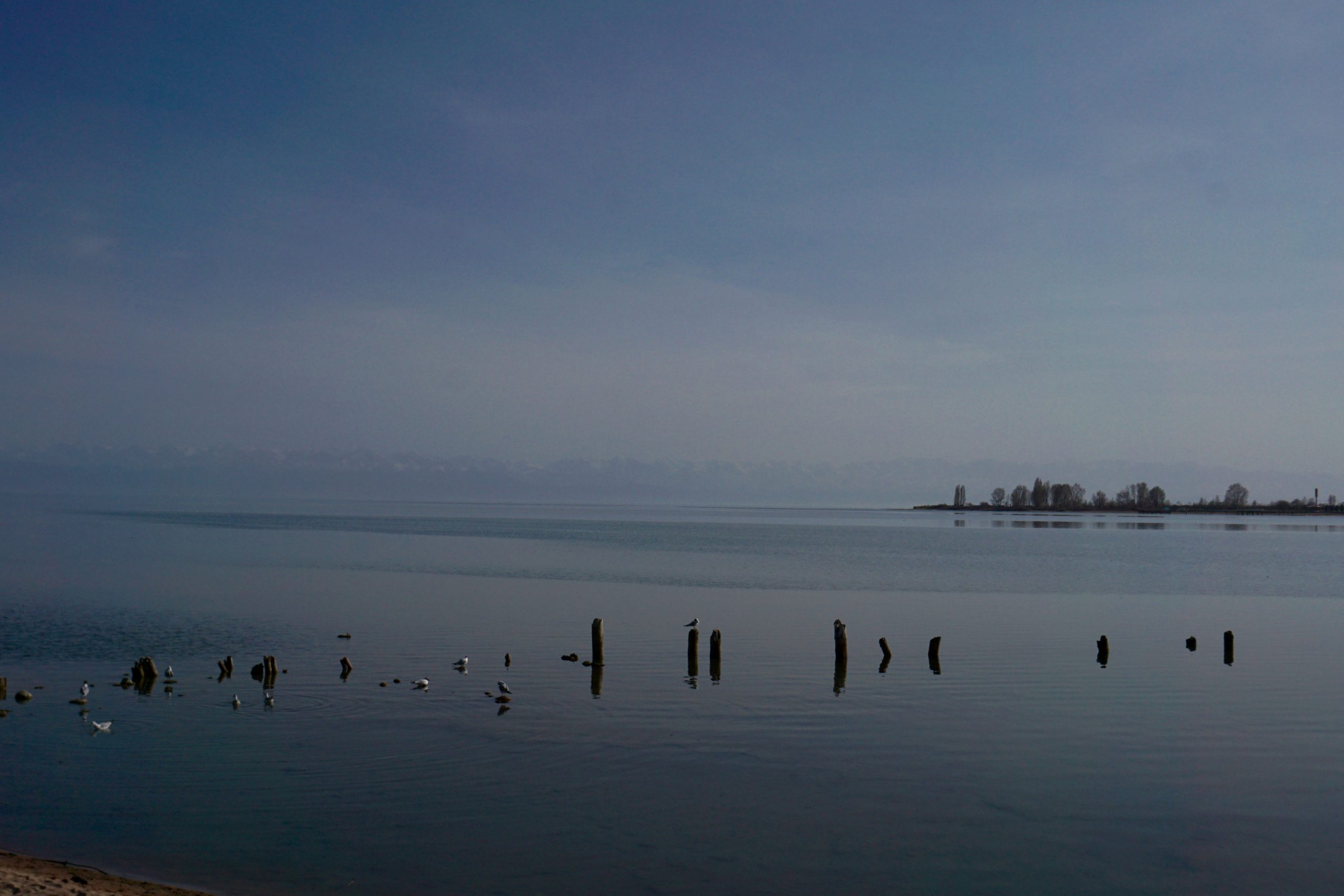 I was very excited to see what would await me the next day. And that’s what you’ll read in the next post.