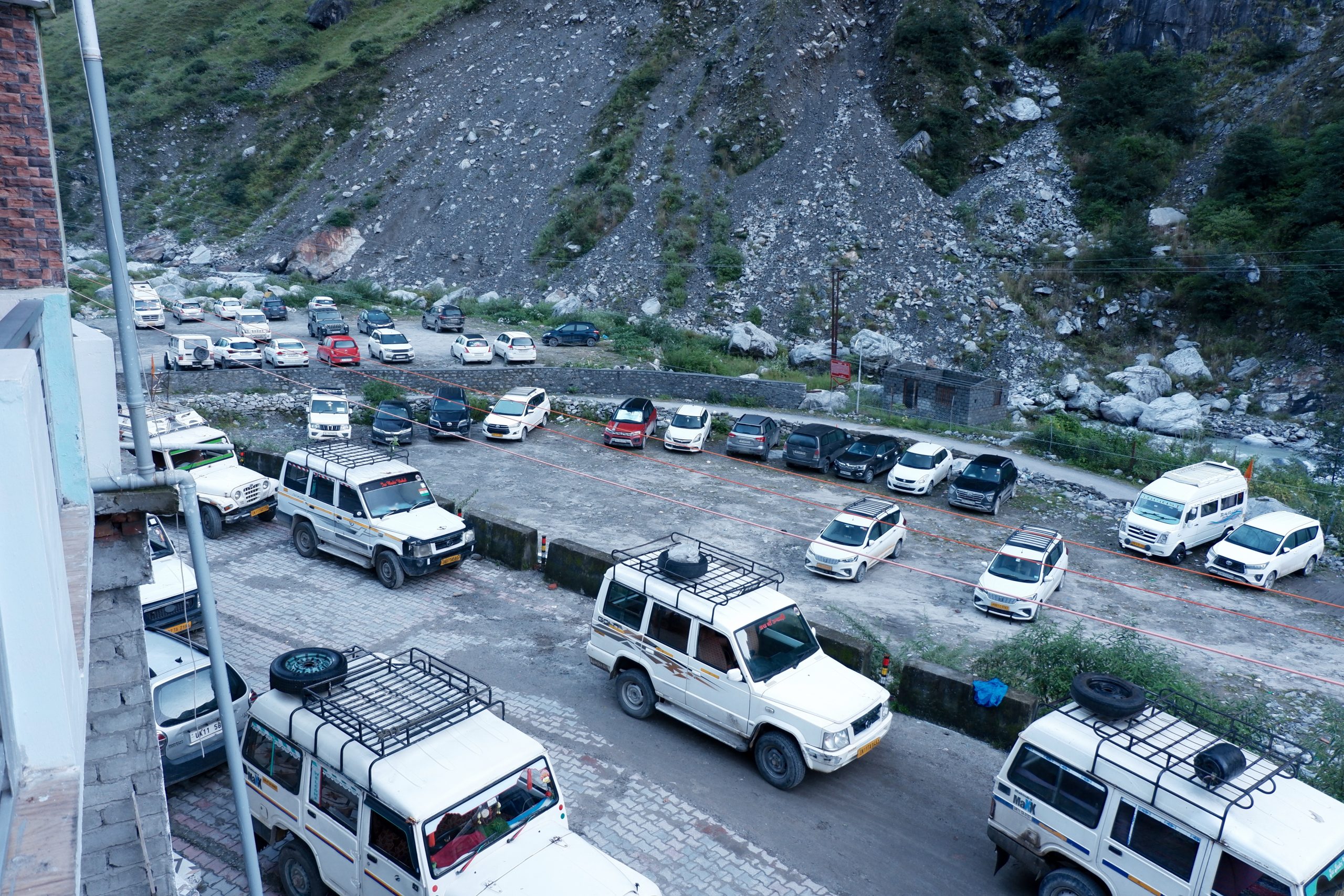 For a change from the day tours and the Hindus, we headed for another destination: Hemkund Sahib. This is the highest Gurudwara (something like temple) of the Sikhs. The altitude differs quite a bit, I stick to 4,200 m for me. The starting point is the village of Govindghat at an altitude of around 1,800 m, and from there it is a 17 km climb. 17 km doesn’t sound super much now, but with the altitude you definitely have to plan 3 days for the ascent and descent.

So the start is in Govindghat and from there shared taxis go to Pullna, which shortens the distance by 4 km. The Sikhs like to go on this pilgrimage and so our fellow walkers were quite different from usual. First, one could do some shopping in Govindghat. The place is not really big, but completely geared to the pilgrims. 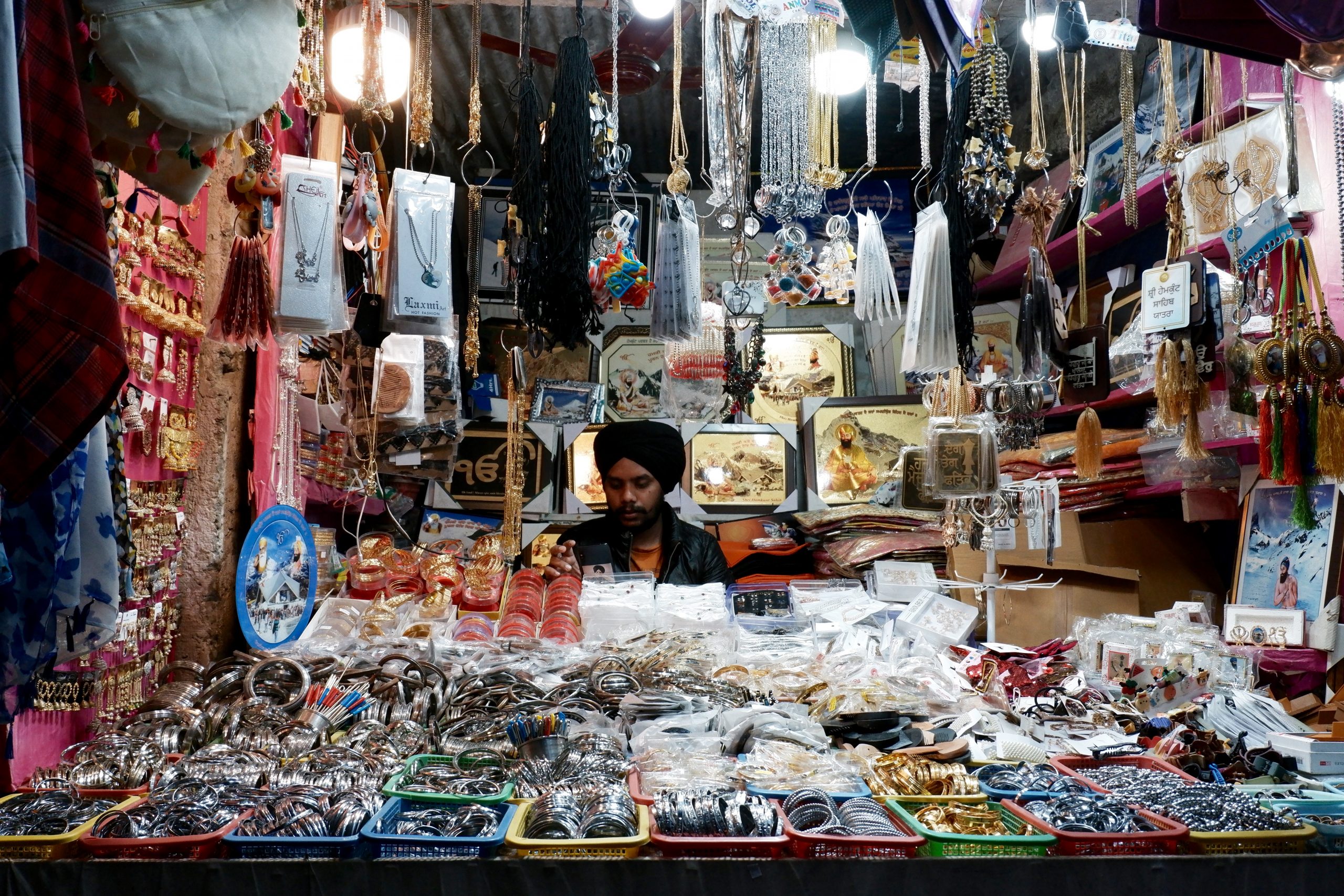 The sun was shining and I was glad to get out of the rather narrow valley of the Alaknanda River. 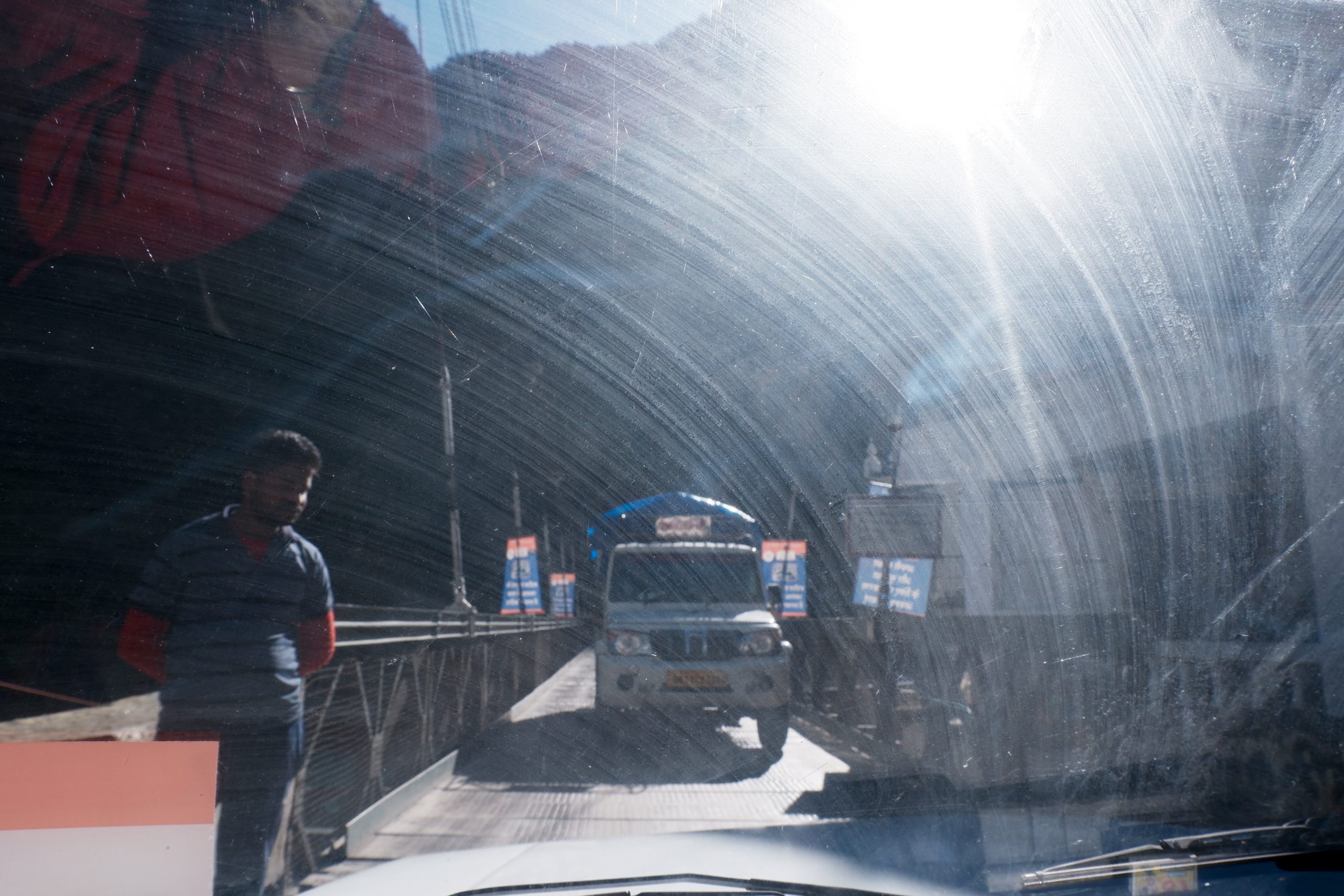 You can’t quite see it yet in this picture, but a large proportion of the walkers were dressed as if they were going to the bazaar – there were even creases to be seen! 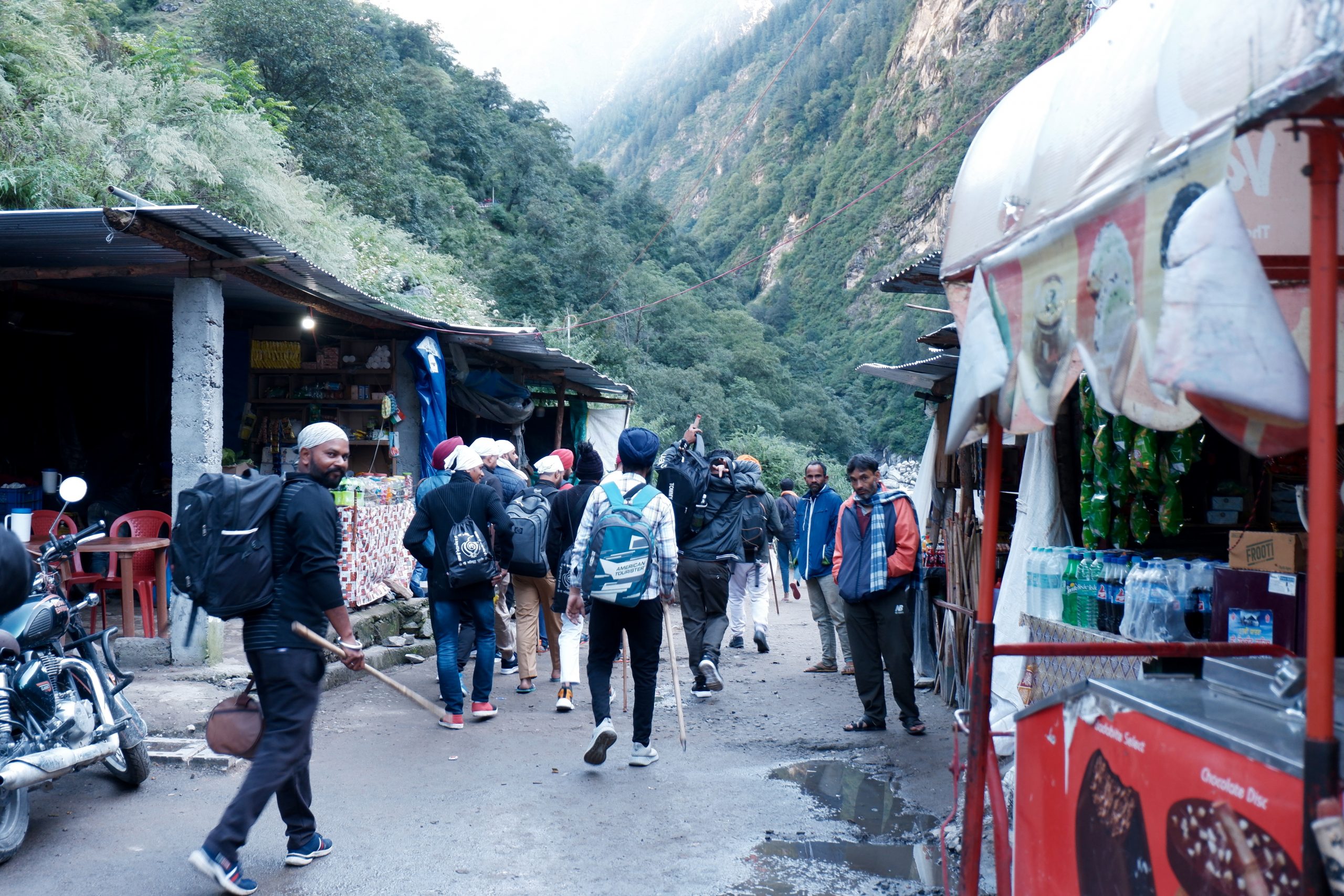 Here, too, there was an offer of horses, which people took advantage of. Not us, we had packed our daypack full of contingency clothes and sleeping bag. 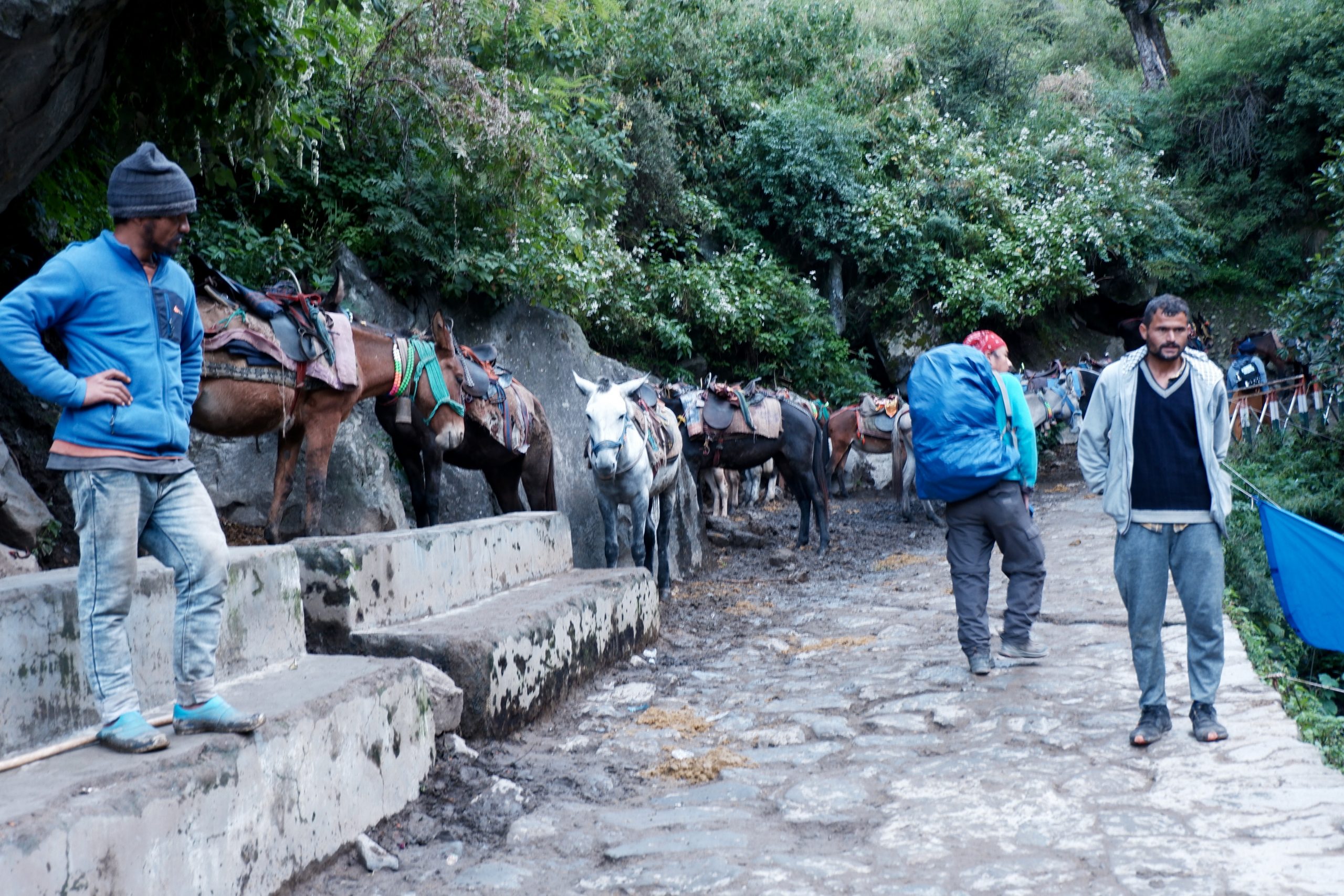 The horses not only carried people up, but also material. For what was further up, there must have been and still are countless horses and haulings 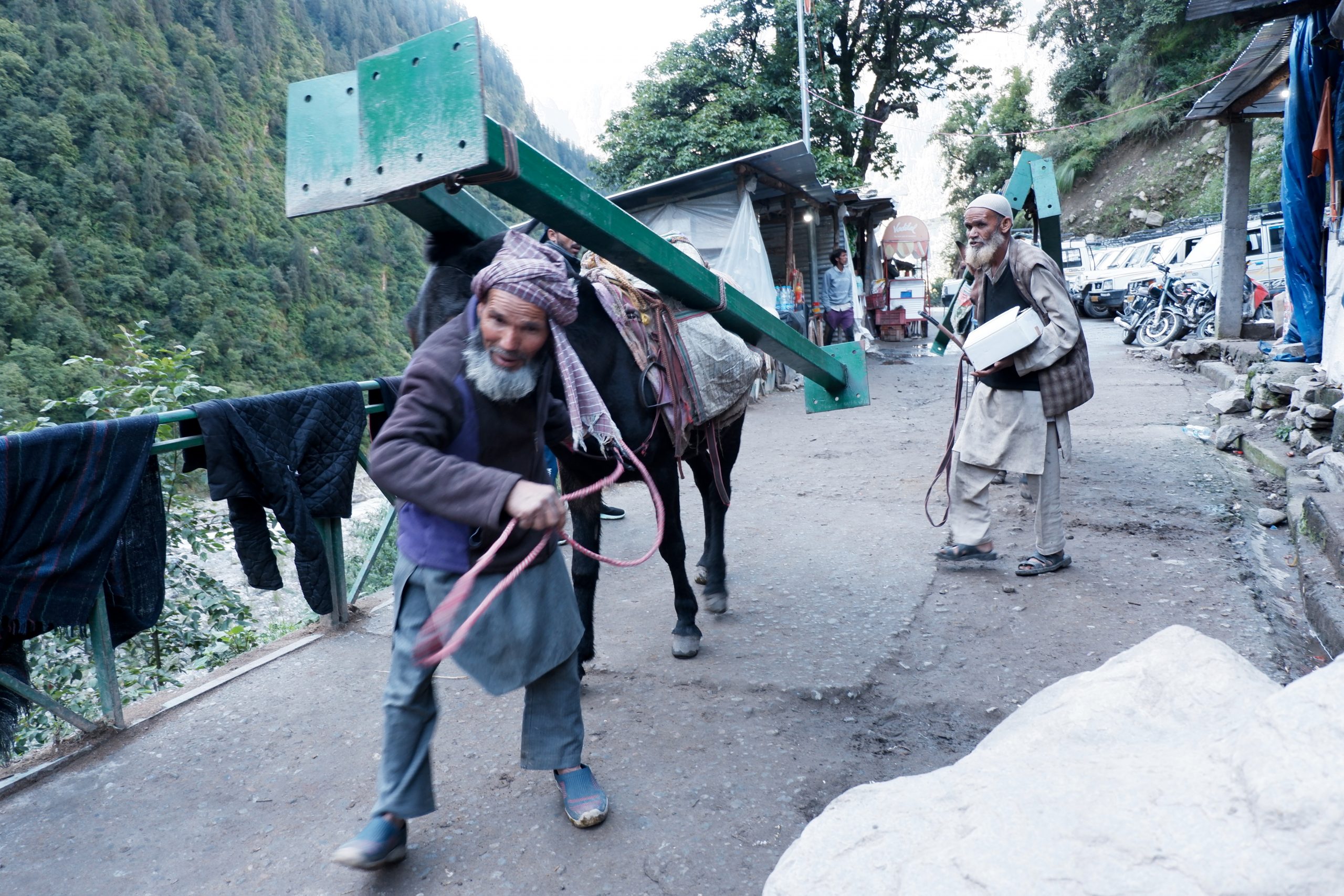 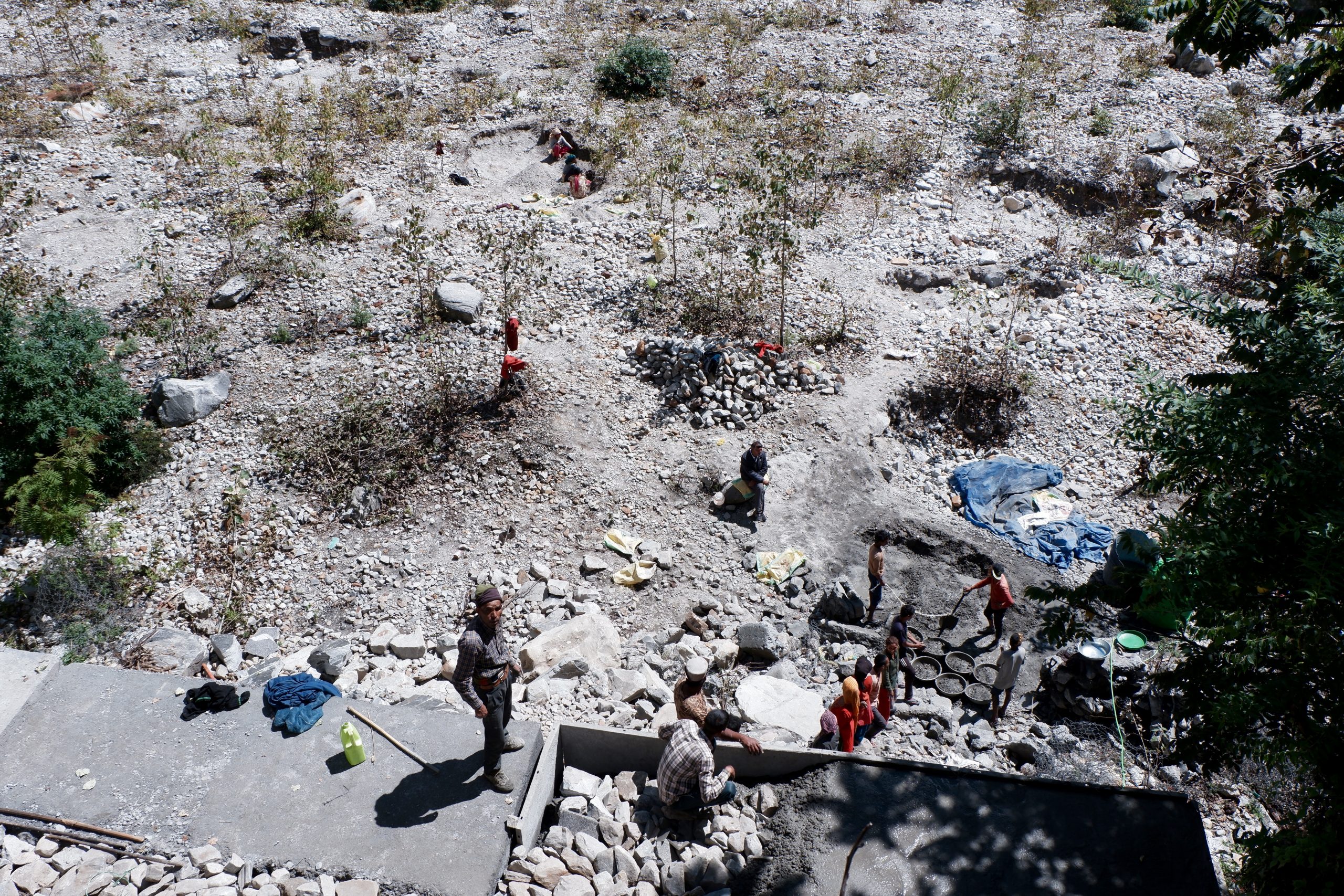 Here, too, things had to be repaired due to landslides.

All in all, I had the impression that Sikhs are more educated per se, which I also assume from the way they speak English. In any case, we were often approached, including Binodh, as he does not look like a local. There were not so many western tourists, one was surprised when one saw some. And then the Sikhs wanted to know where I was from. Friendly enough, I was often addressed as “sir” and then asked my age. I always answered obediently and wondered whether they had actually estimated me to be younger or older. So I guess I should ask them first what they guessed, but after I got 85 once and mid-70, I stopped again. They admired my stamina, but I don’t know wether it was because of my age, my sometimes correctly recognised gender or at all. After all, we were among the fastest 😀. Some of them were very enthusiastic and walked barefoot. 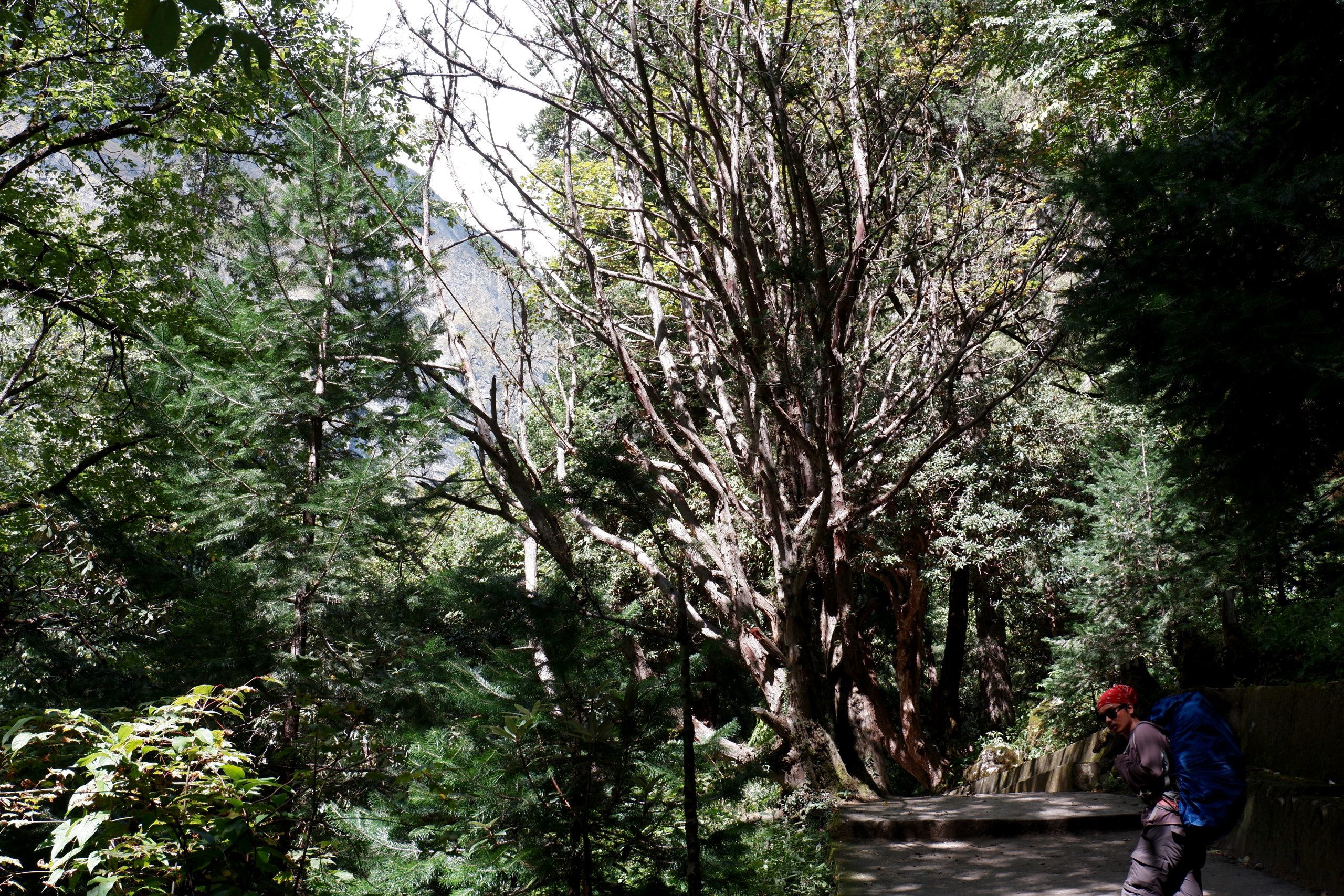 The path (paved track) was often in the shade and along the river. 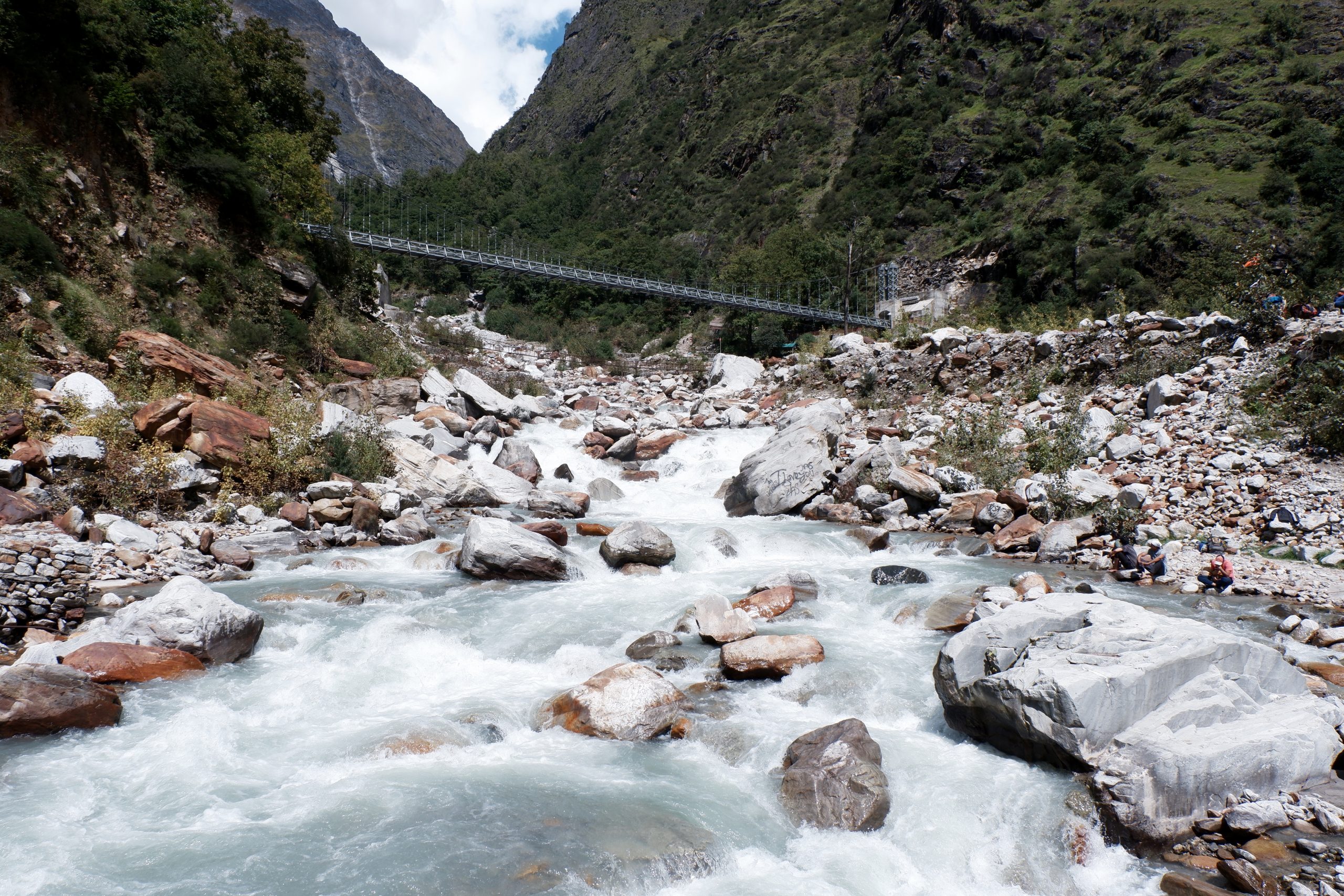 So we continued to climb and after this and that break and cloud cover again, we reached Ghangaria with lots of accommodation, restaurants, shops, another Gurudwara etc. 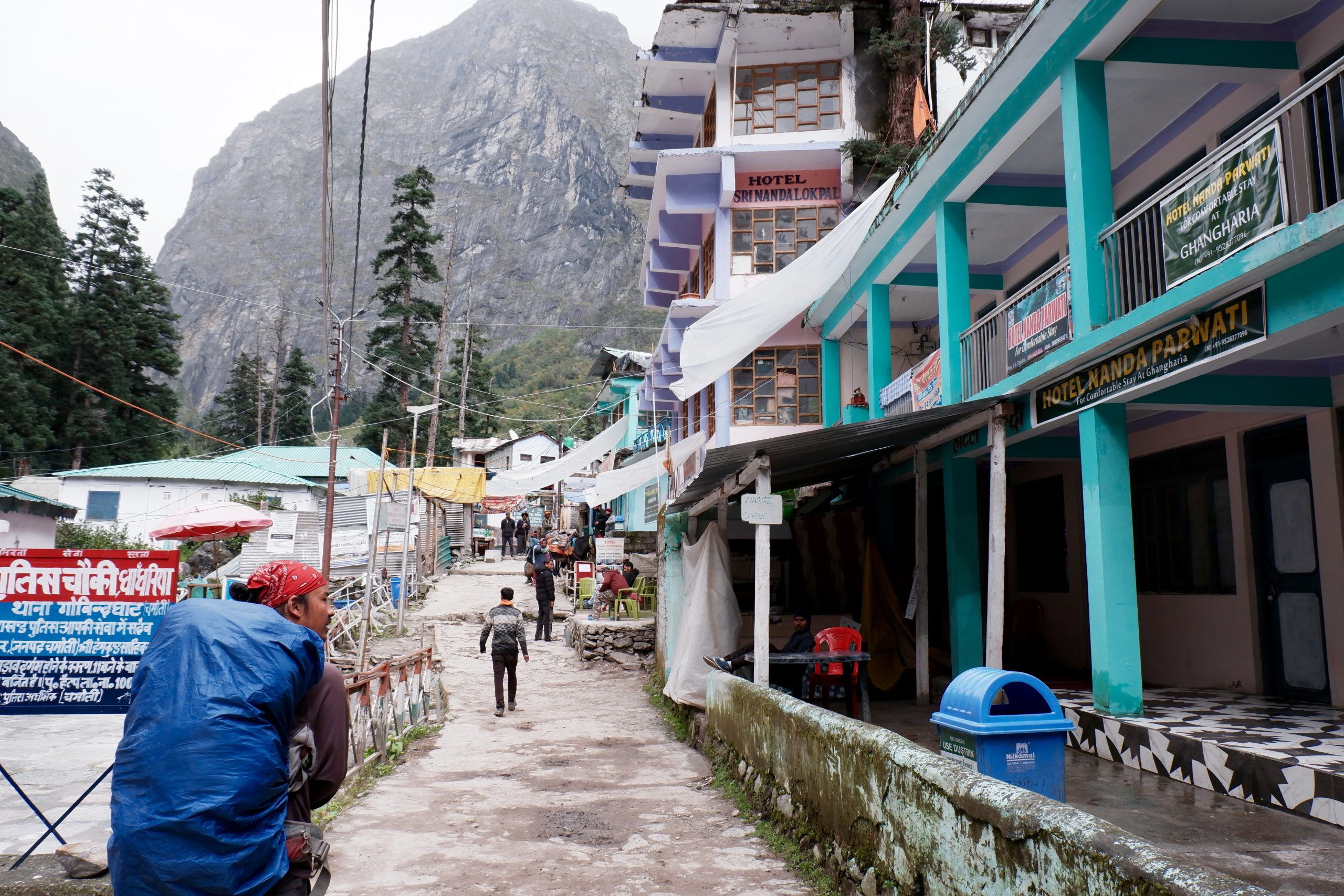 But it wasn’t really nice there, so we scurried out again and went for a short look at the rest of the route. There was a high waterfall (Garhwal is full of waterfalls). 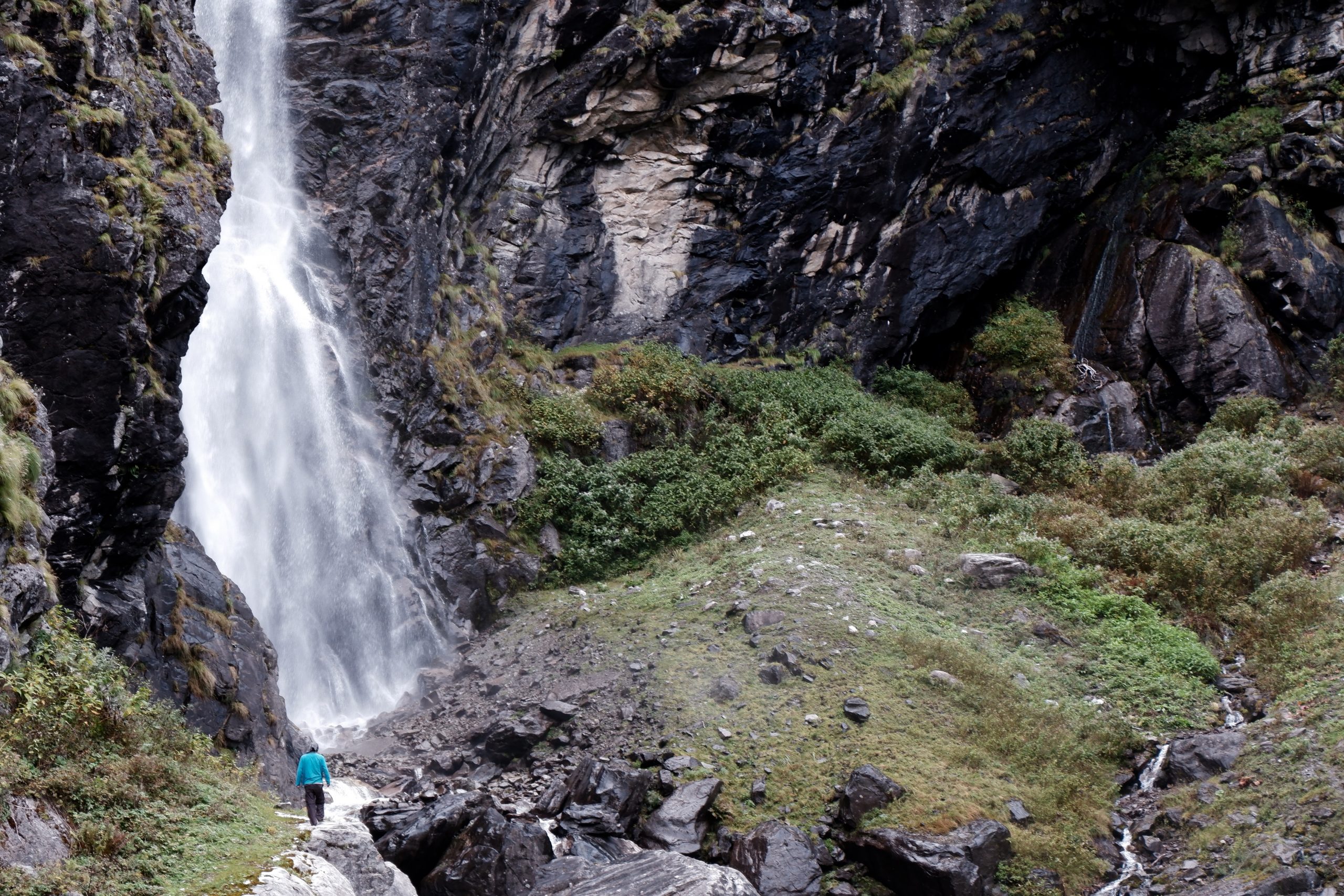 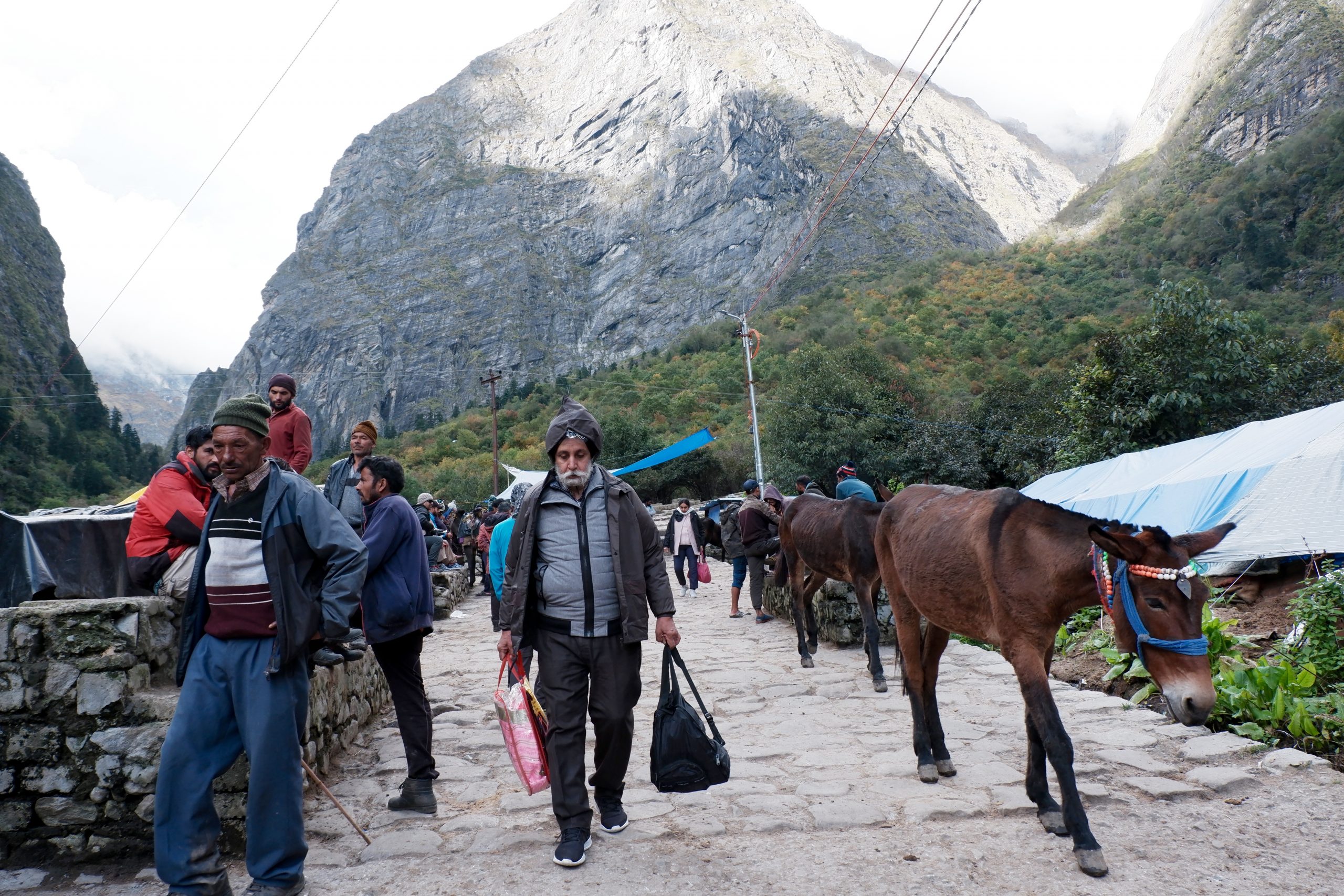 Many of those who came down looked completely exhausted and staggered almost zombie-like into the place. But completely enthusiastic that they had made it. Unfortunately I was now dreading the next day. Even though the evening sun on the mountains was so promising. 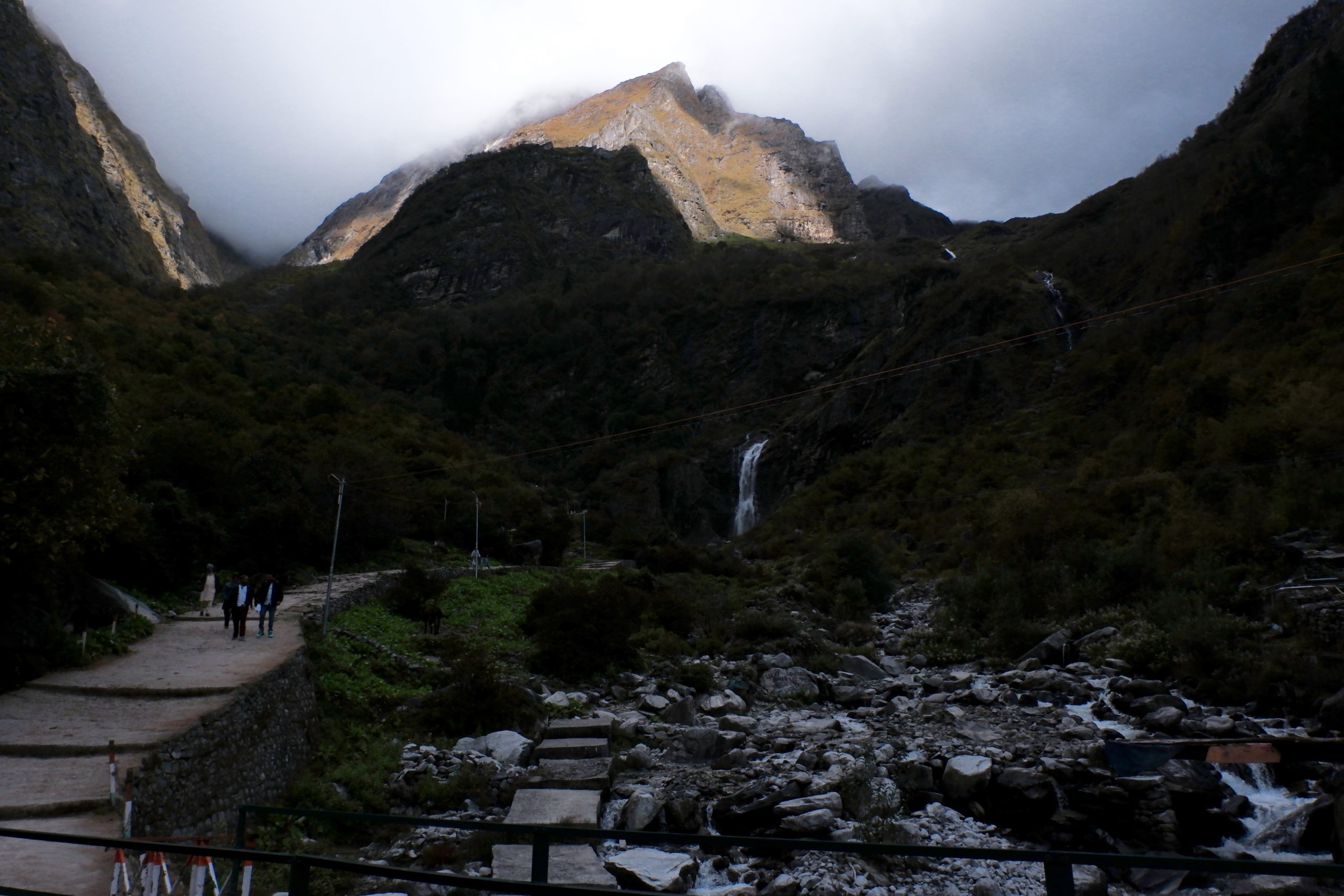 Back to the Sikhs – they are the ones with the turbans, a religious community from the 15th century, the majority of whose 25-27 million followers live in India. Their main place is Amritsar with the Golden Temple, where I was in 2008. They were always pleased to hear that. A sympathy factor: they believe in a creature that is neither male nor female and also rather incorporeal.

“The Sikh religion is not oriented towards adherence to religious dogma, but aims to make religious wisdom useful and practical for everyday life.” – that sounds nice too.

And whether I would also manage the next day nicely -> next blog post!