And here it is, our great discovery: a lake! We already knew it would be there, but not how great it looked. This shimmering turquoise water, mostly still covered with ice, sparkled between the rather reddish mountains around it. Super beautiful!

I don’t know what Son Kul looks like, but I wouldn’t have exchanged it for this discovery. First take a picture. 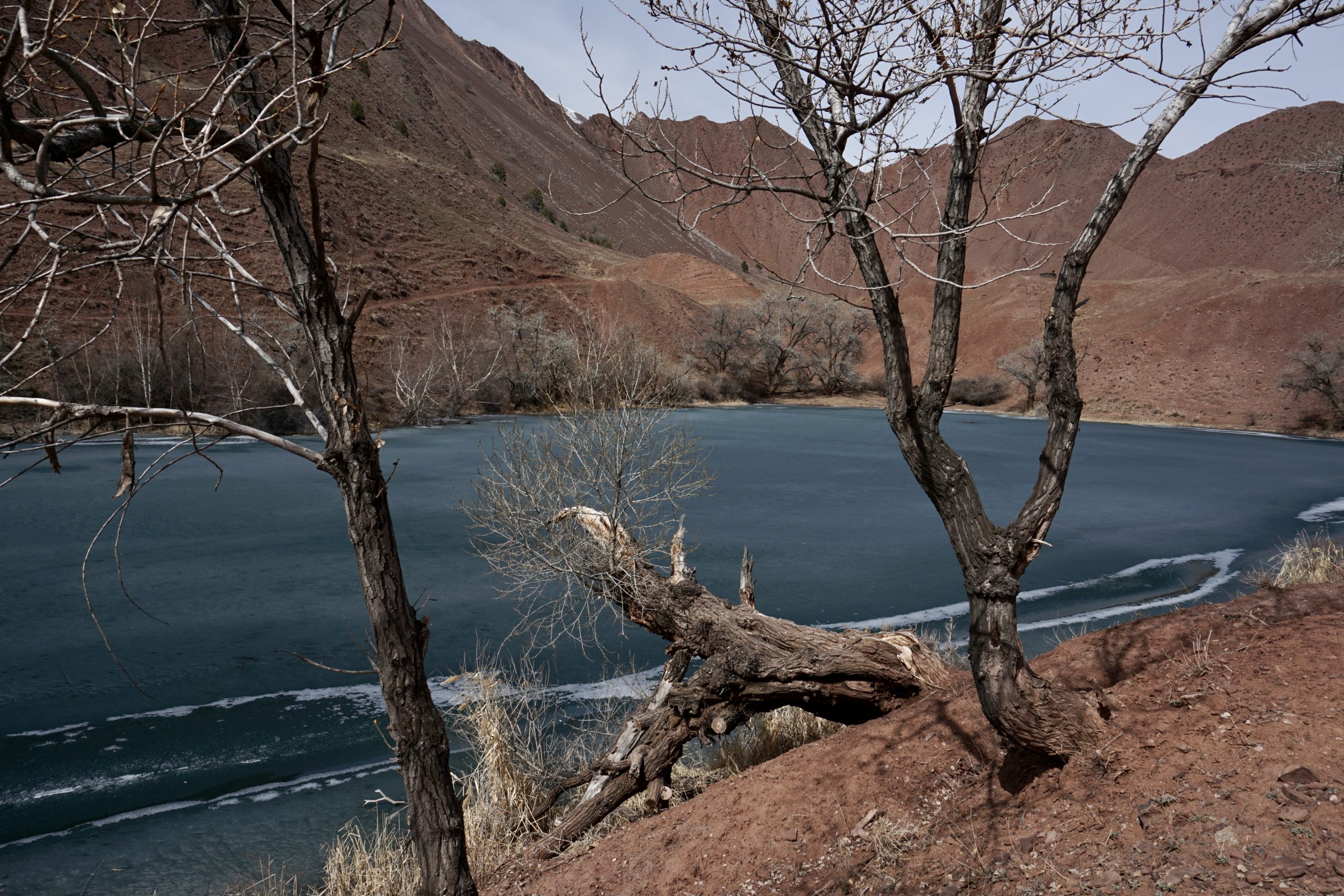 one end of the lake 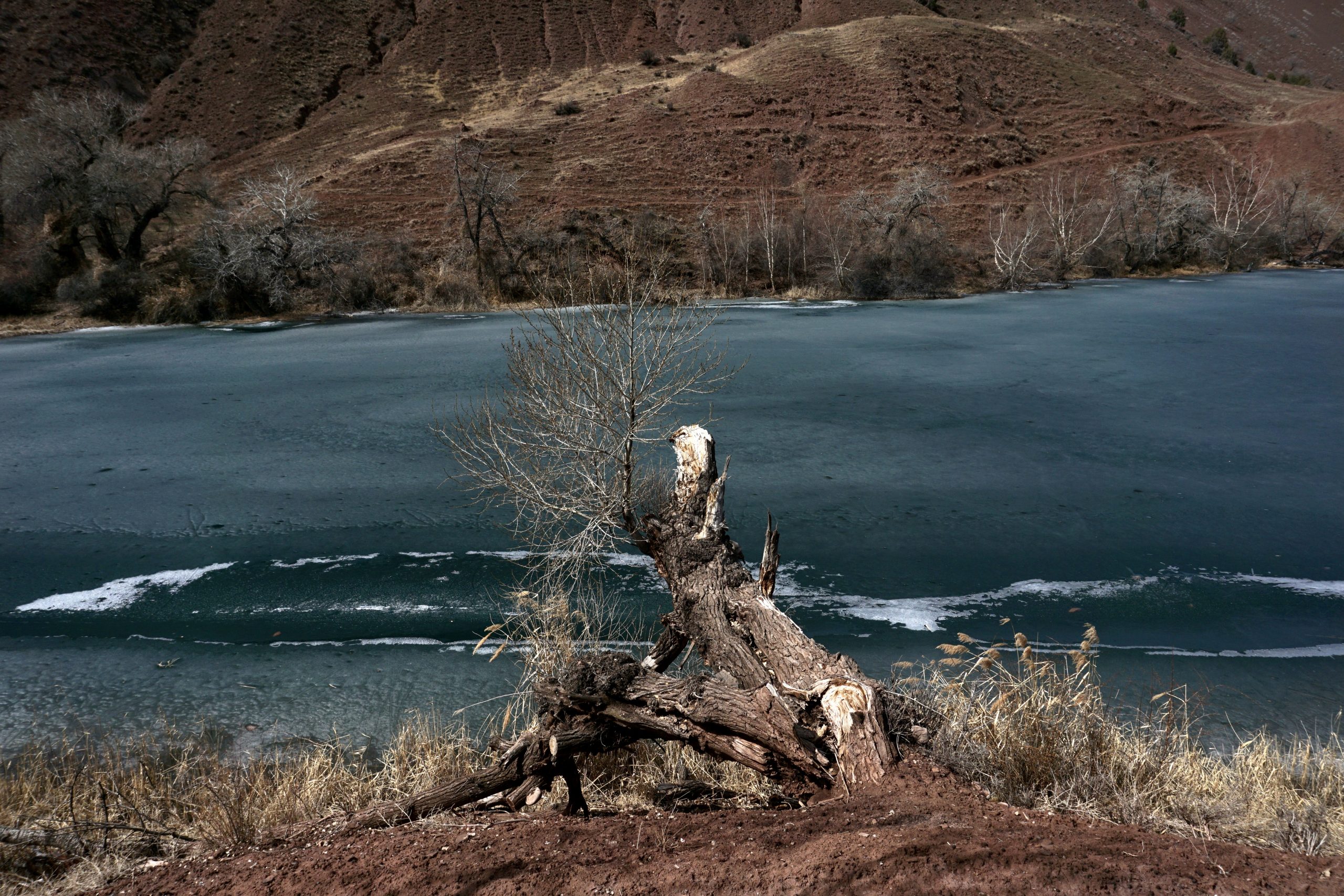 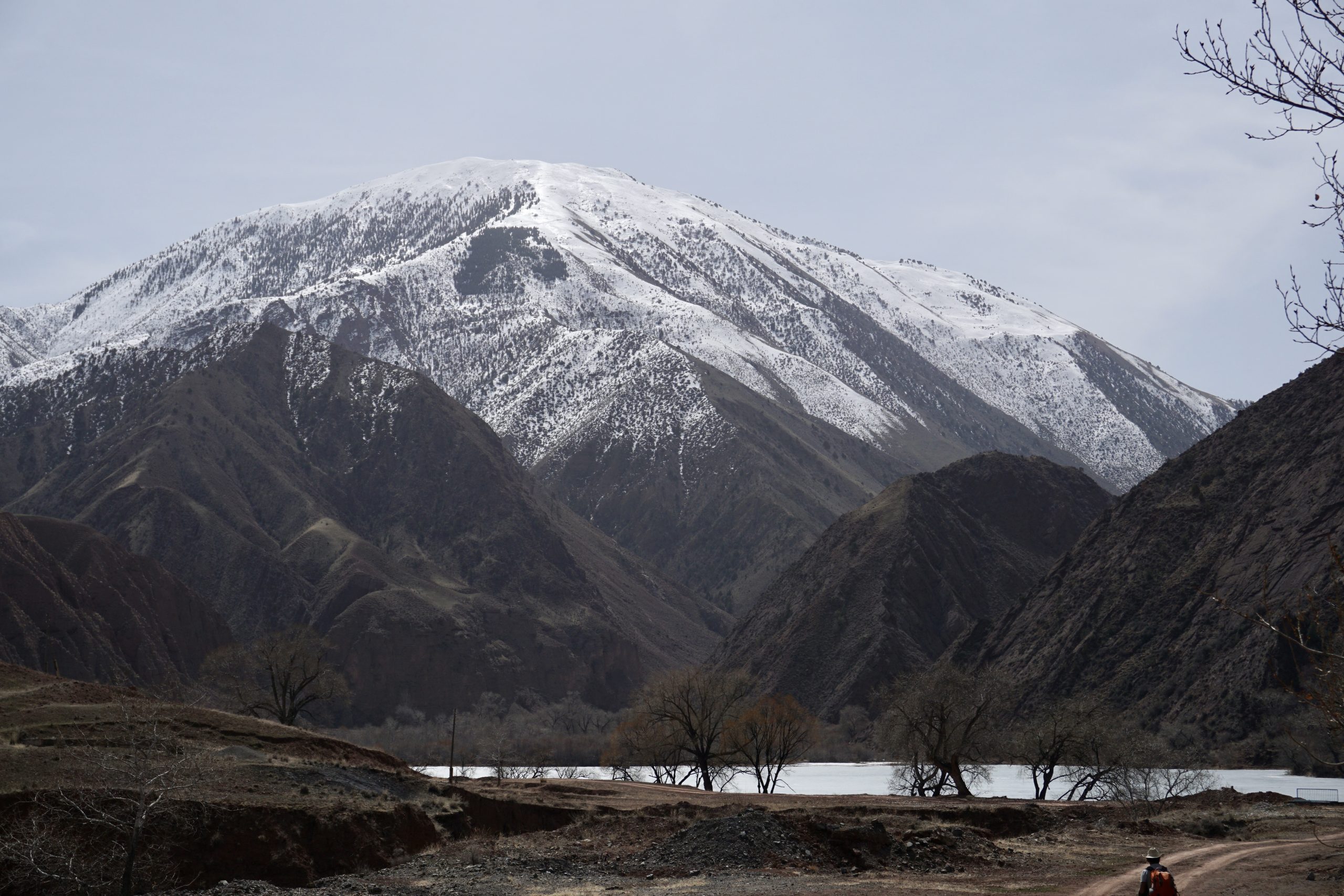 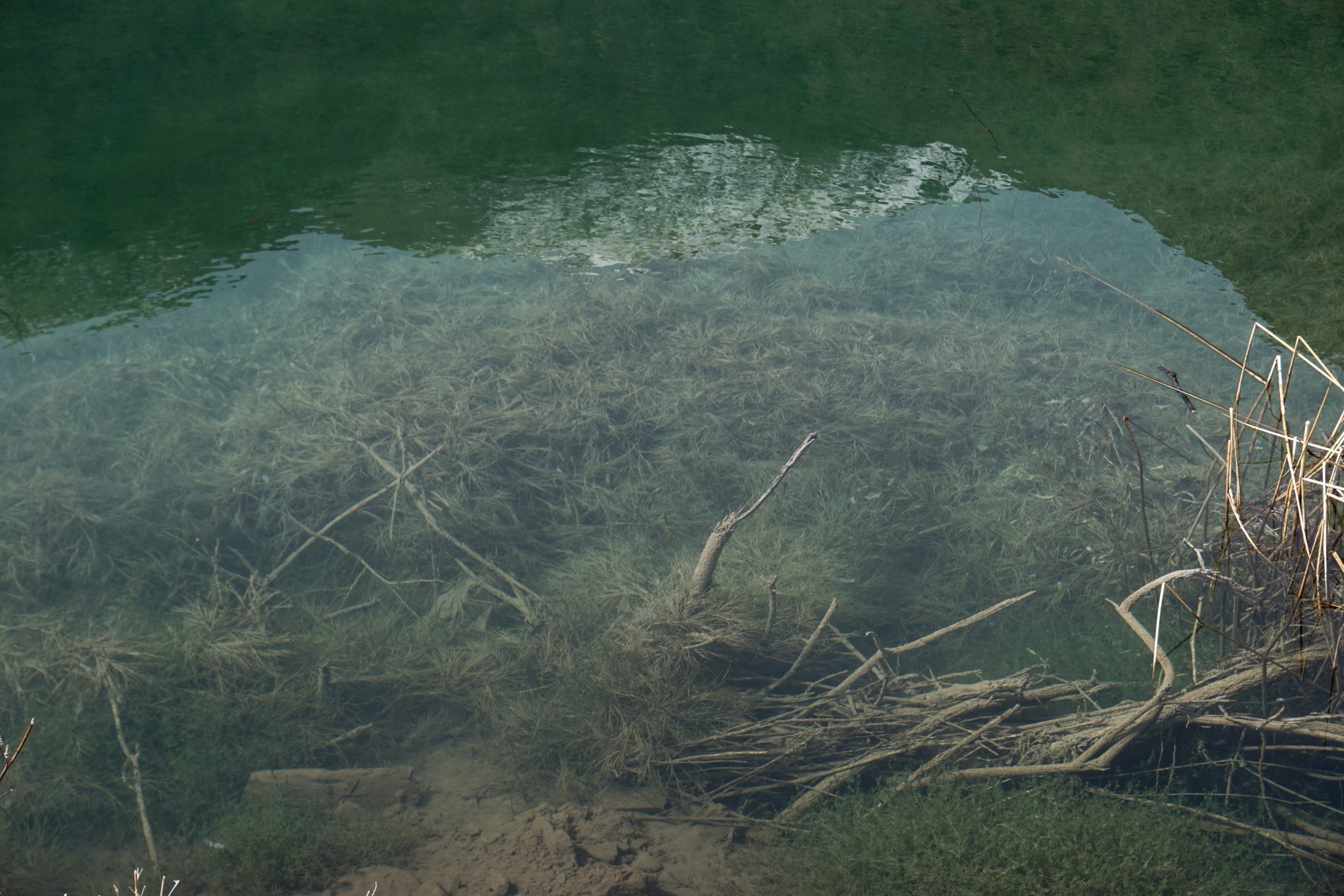 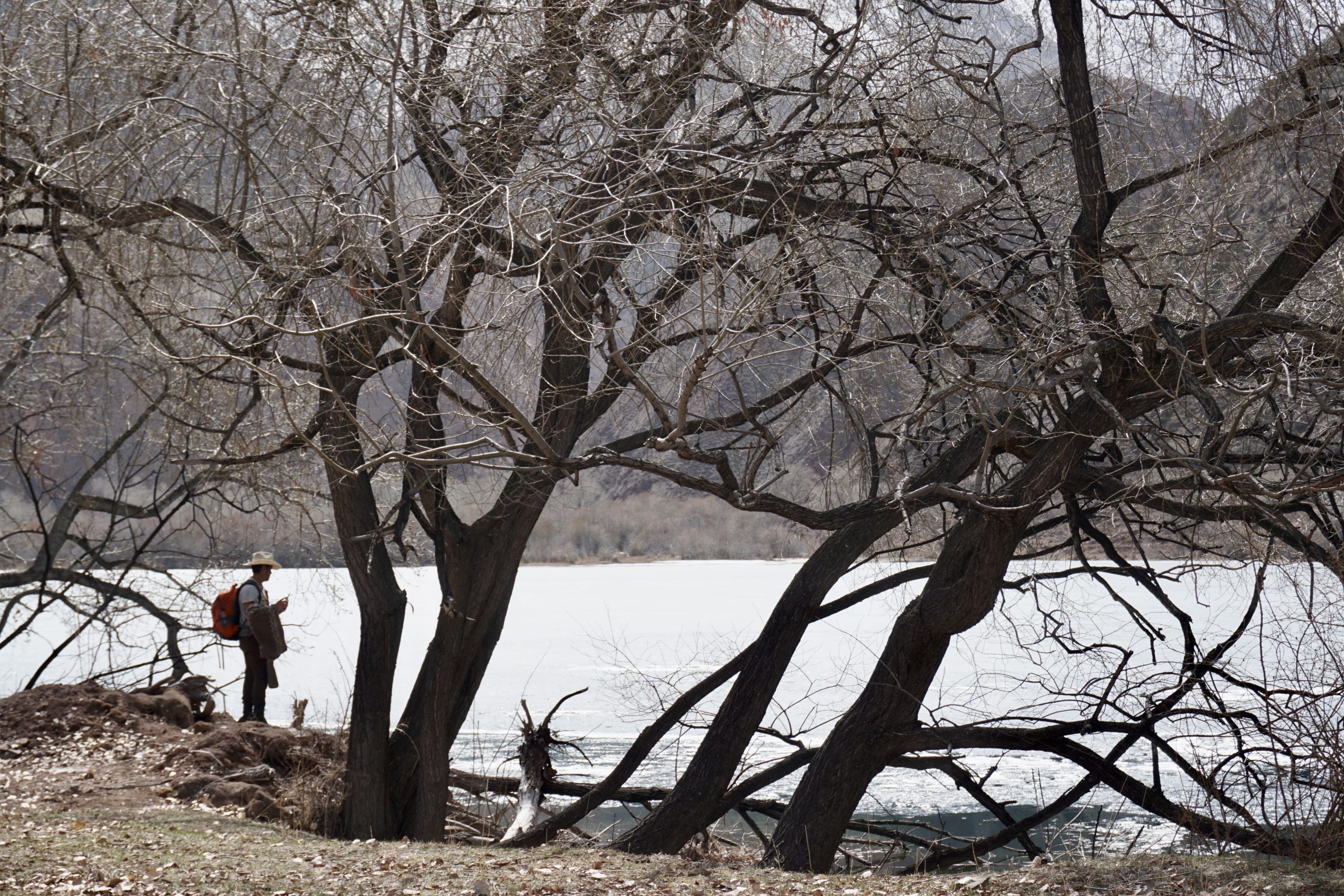 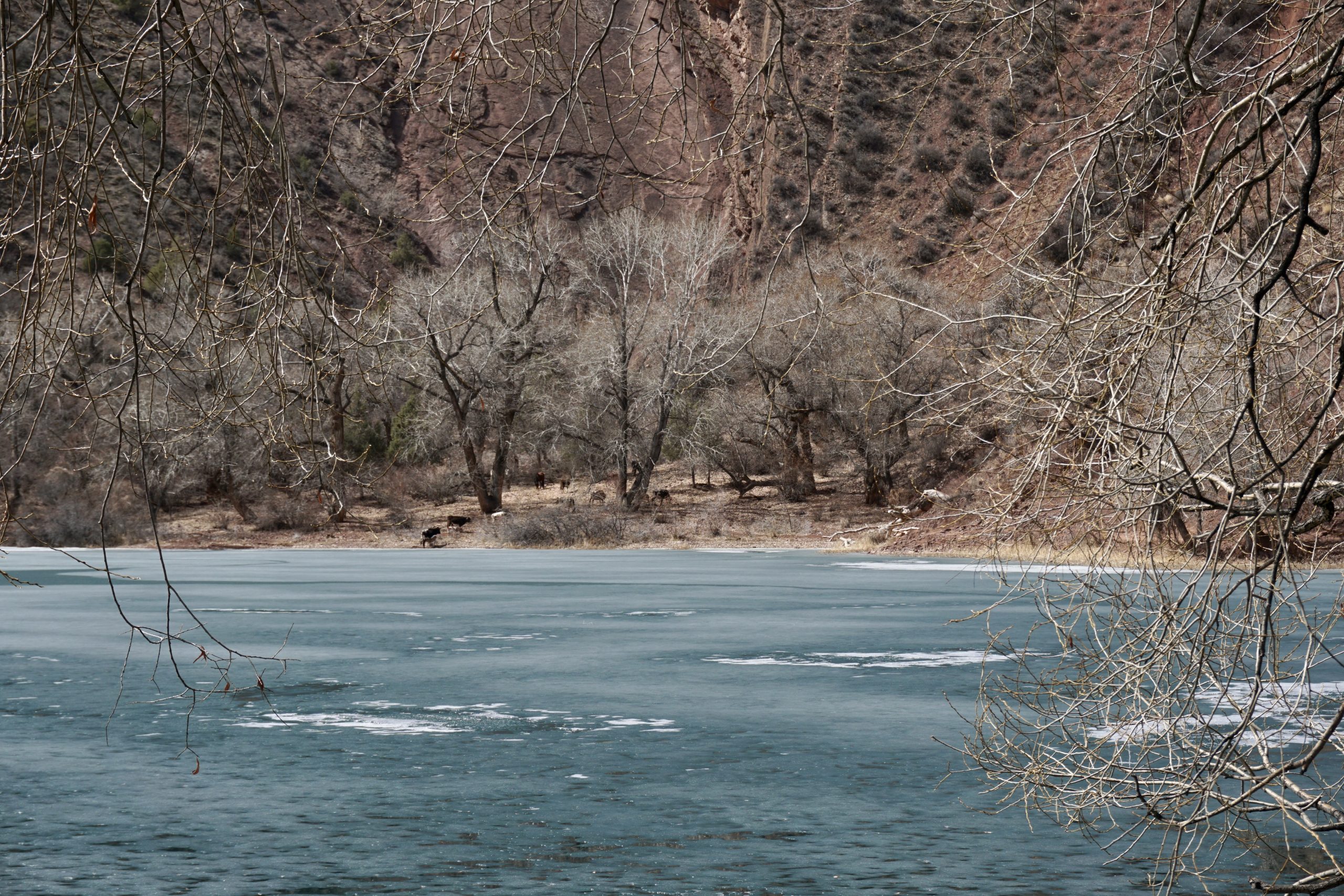 cow at opposite lakeside

We could have walked around it. If not… if not uncle wanted to pick us up soon and if we hadn’t been so tired from the short night. 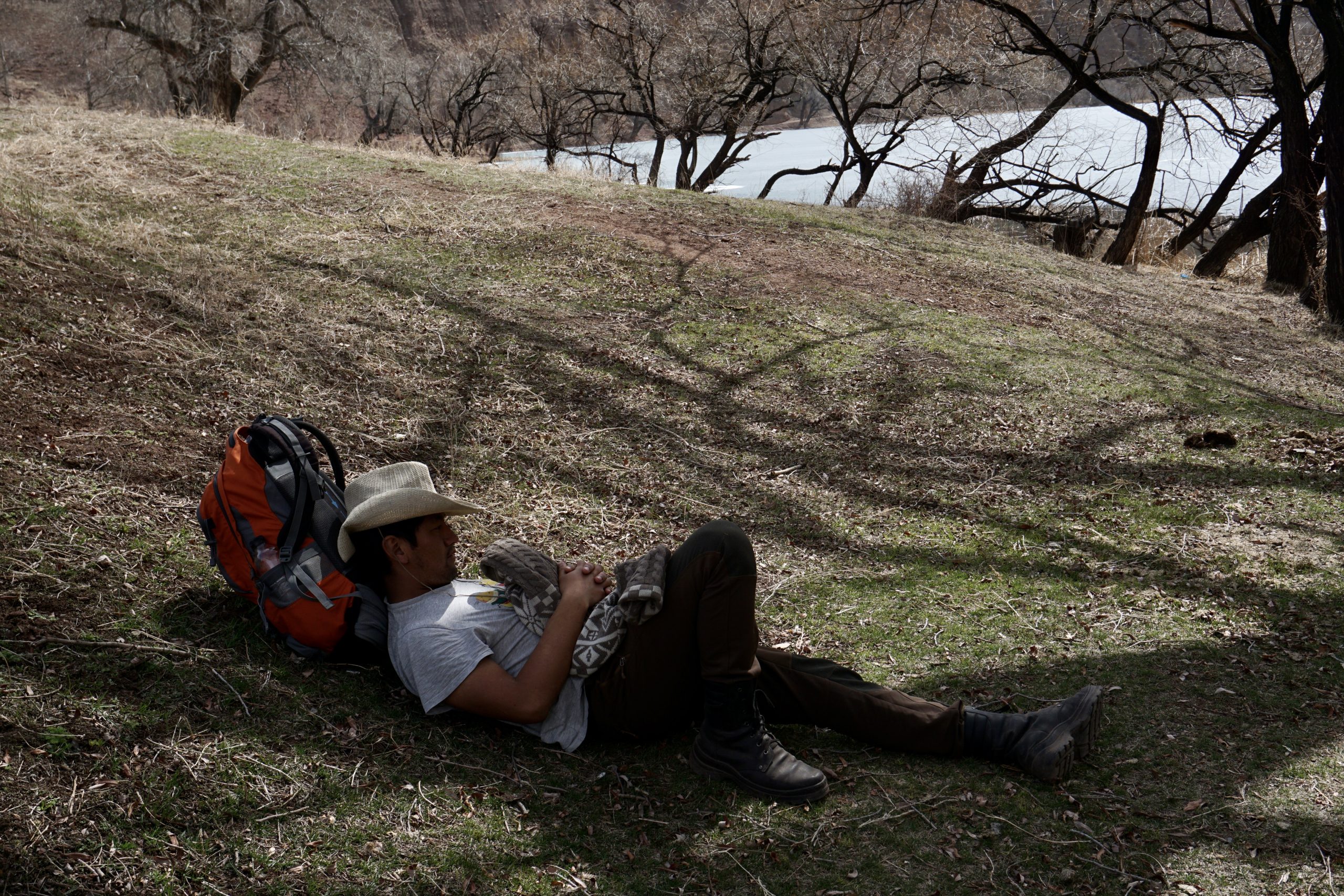 But the view of the surrounding mountains is also fantastic – all those colours alone! 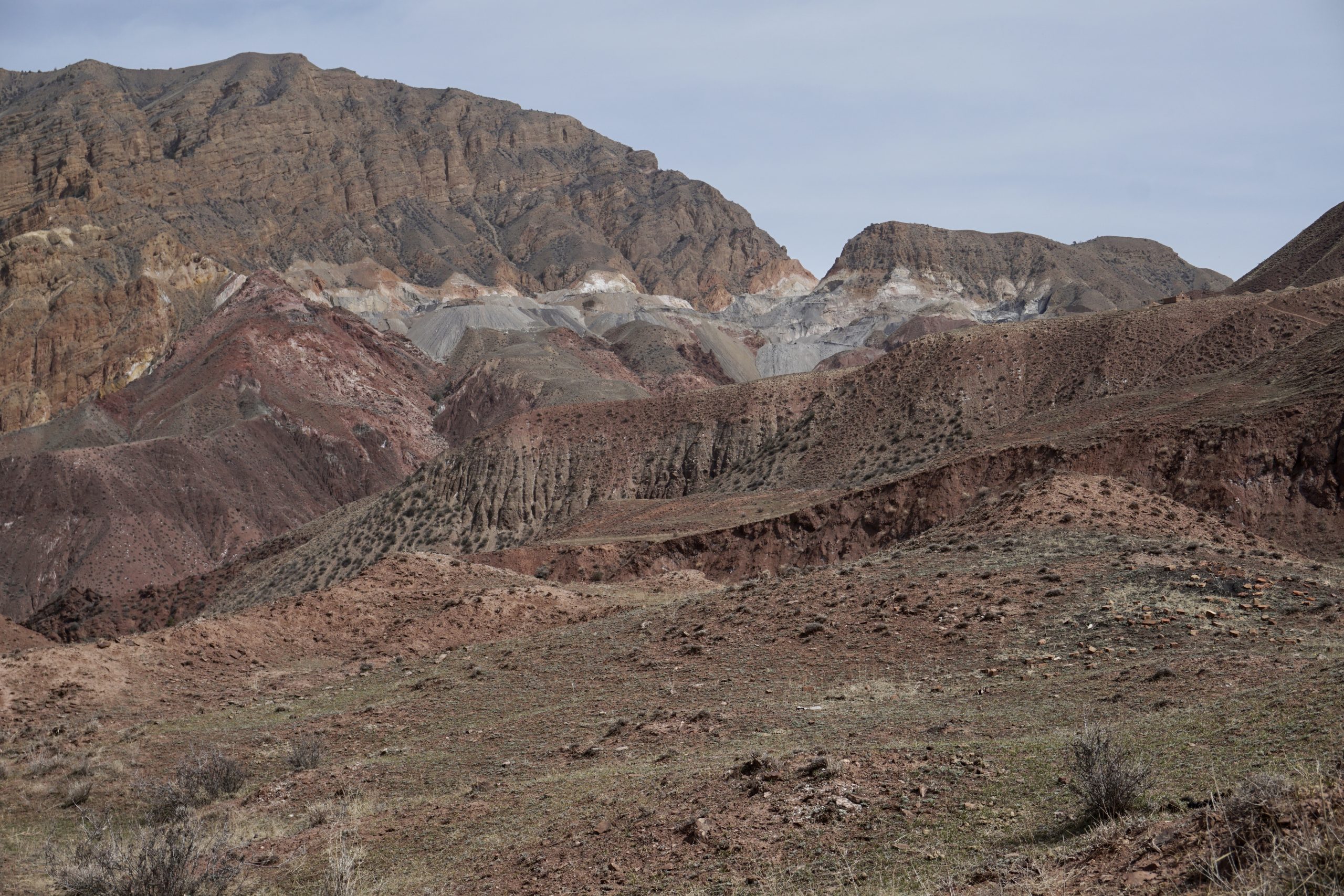 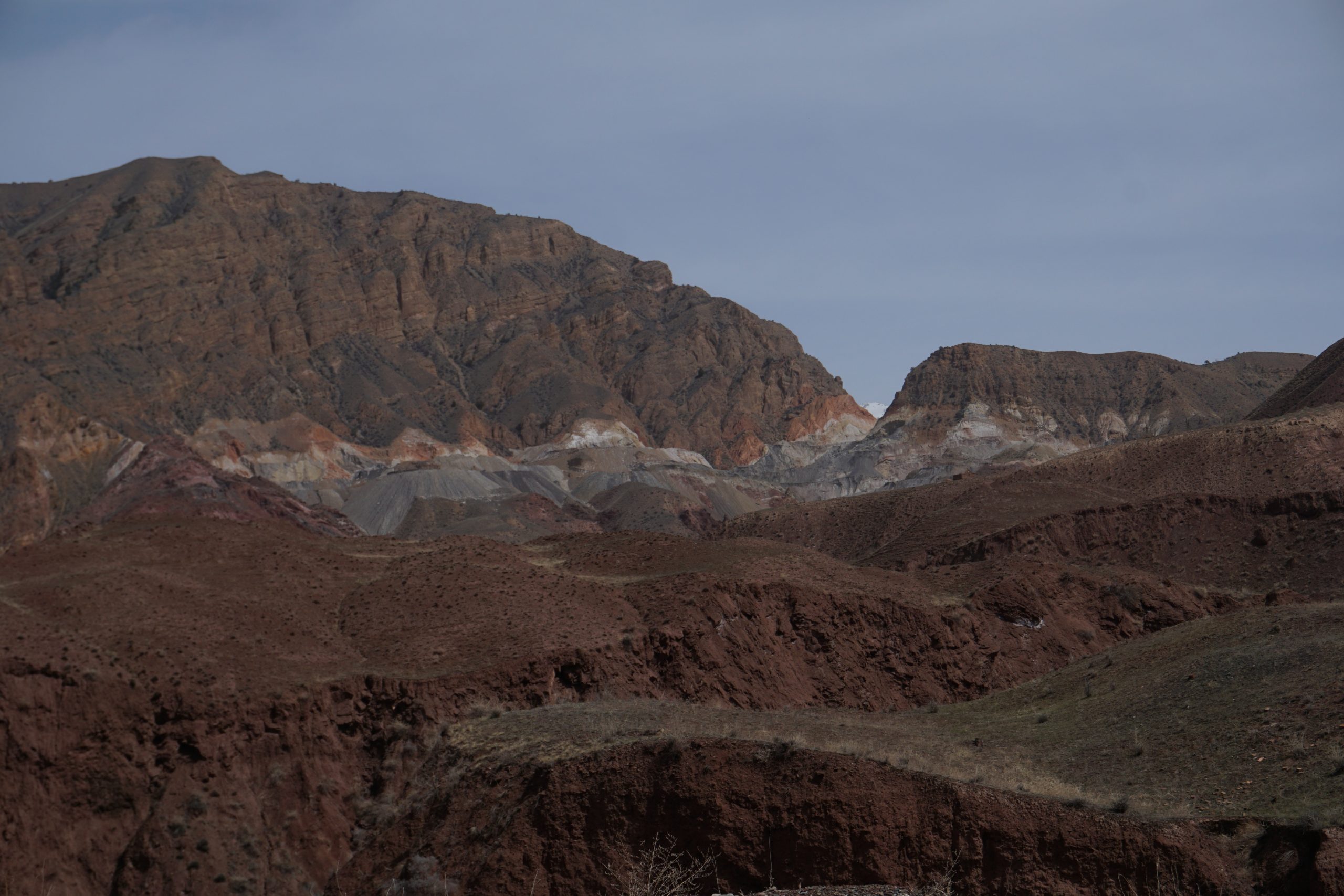 A pipe led out of the lake where the water was still completely frozen. 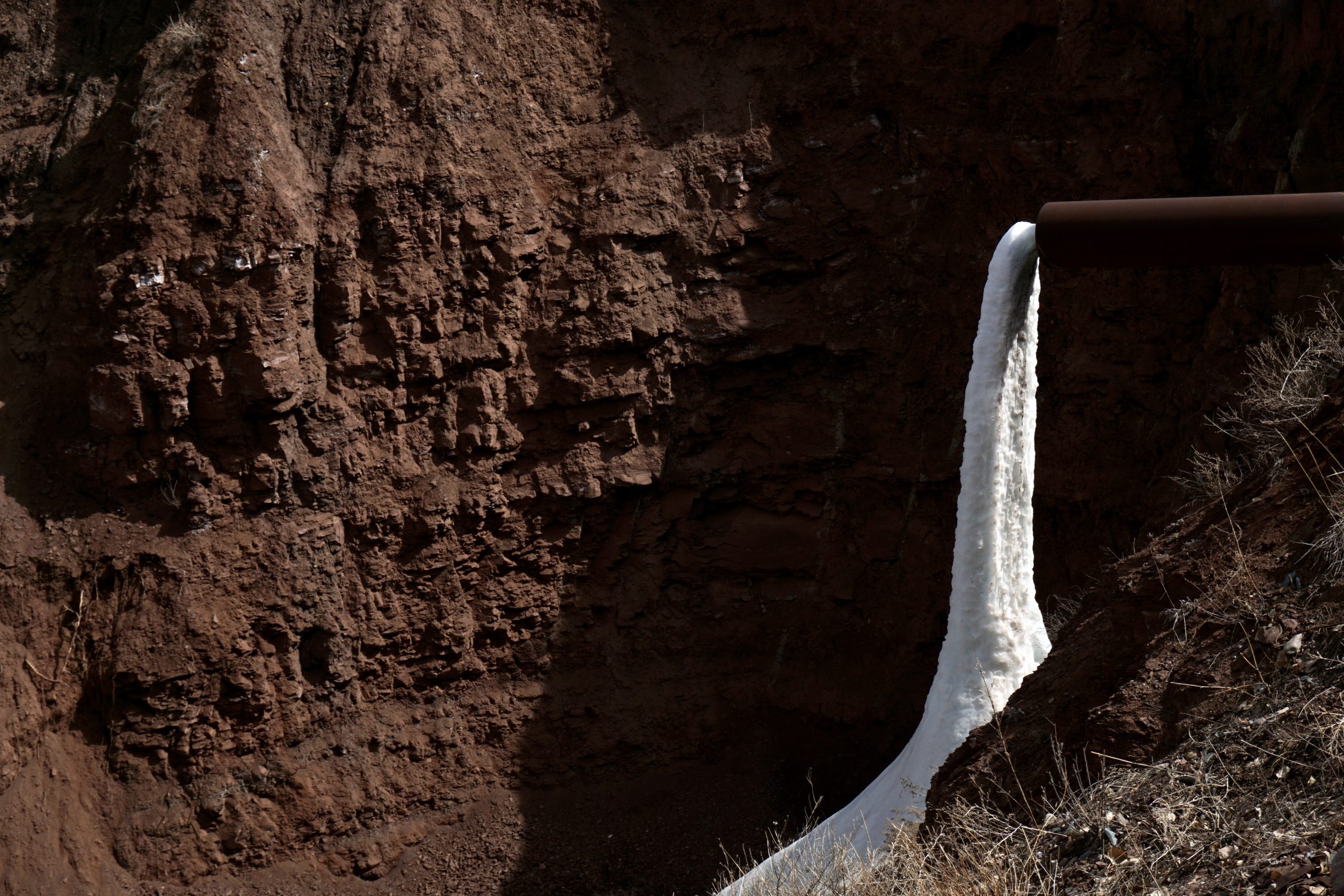 You can also drive up the slope by car, but I’m sure you won’t discover as much as on foot. This car was standing around – no idea where the occupants were. 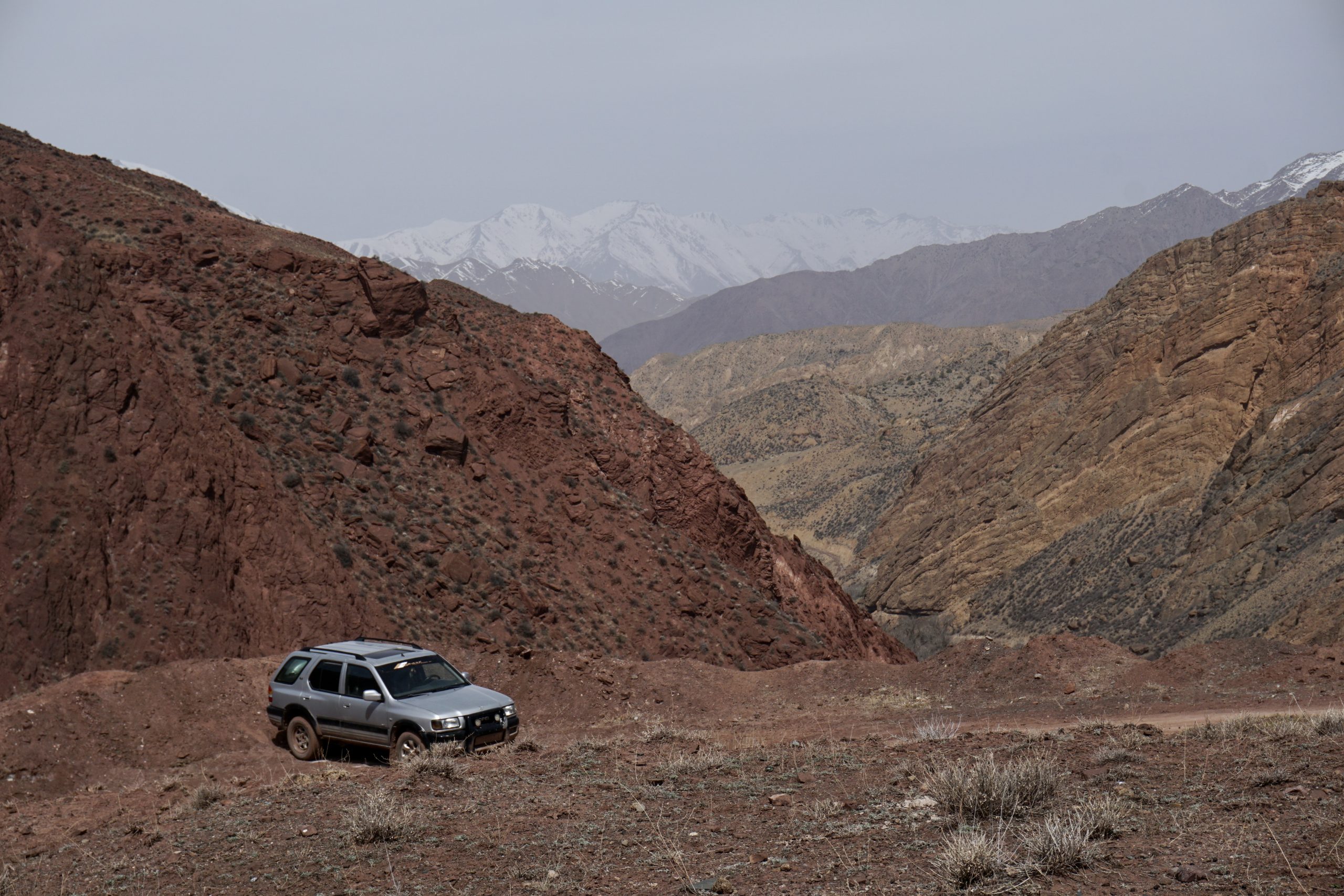 So we went down again and Uncle was already coming towards us. We then drove further west along the road until just before it ended. Yes, it is a dead end! There are plans for a good connection between Osh and the Issyk Kul, but it is far from finished. And shortly before this end, a new highlight: gigantic high walls! 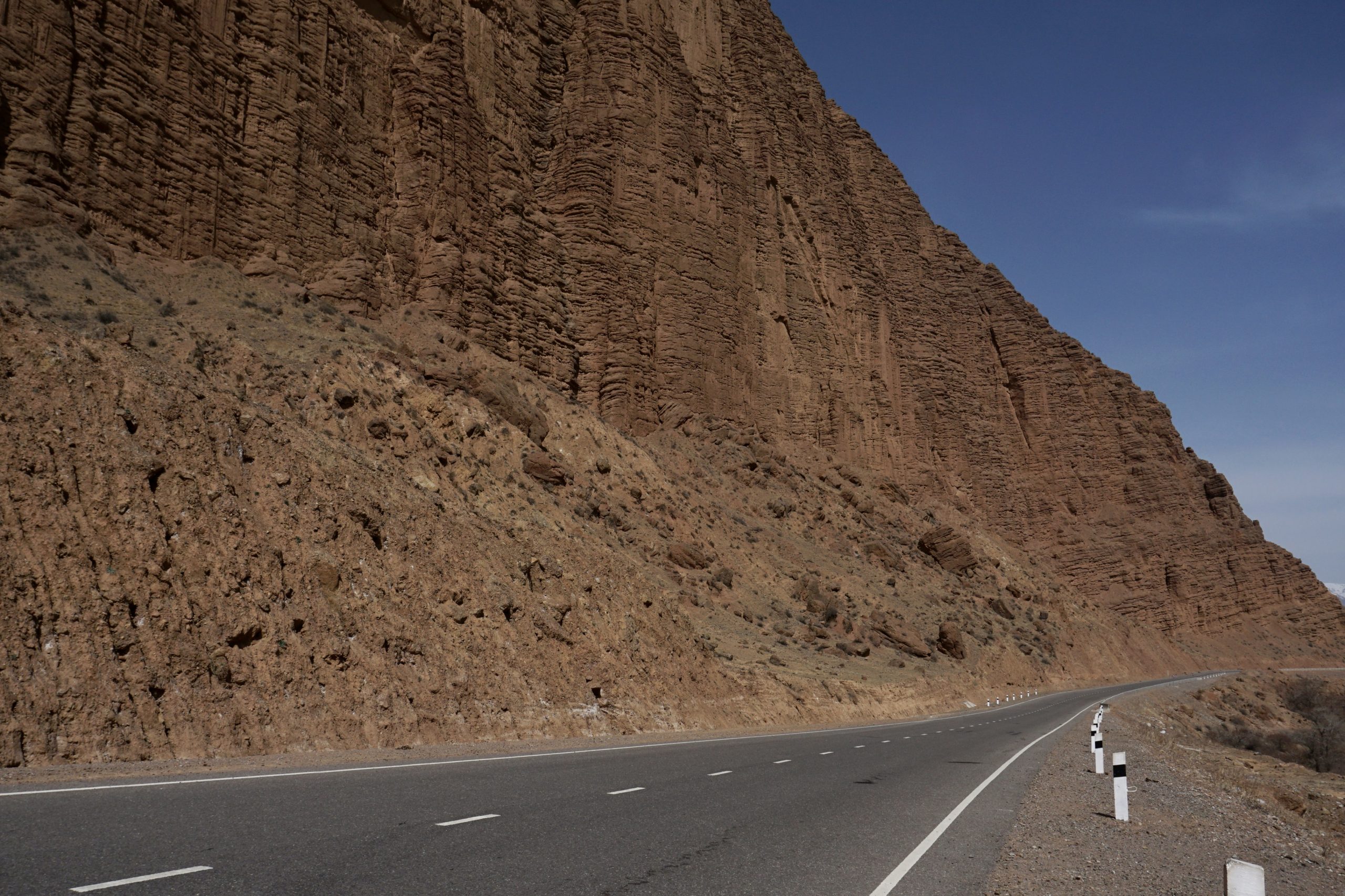 super road next to big wall 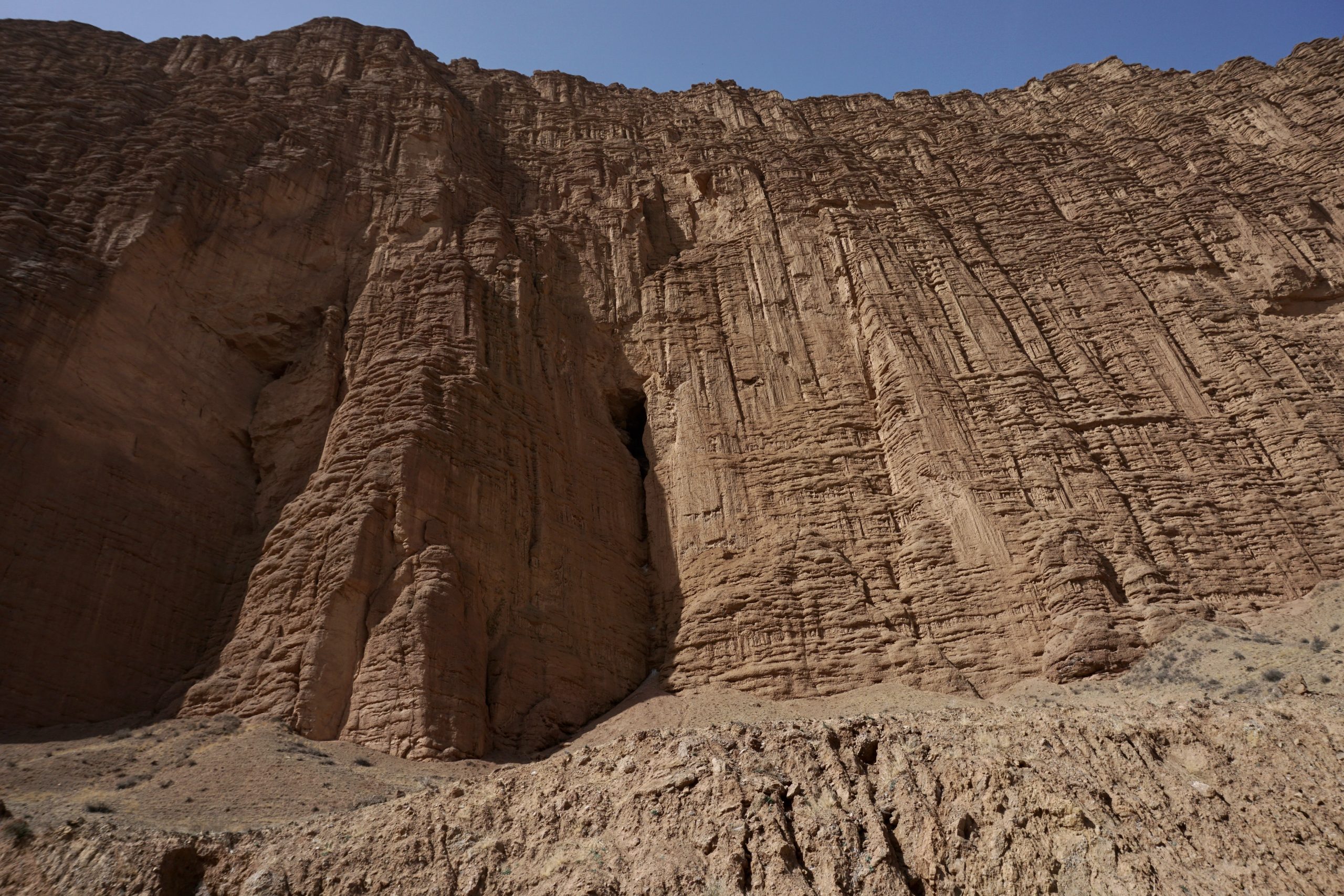 It’s a bit tricky with this high wall. An earthquake or something similar has already destroyed a lot. And more pieces roll down and lie on the road. There are stories about this wall with a hidden treasure that no one has discovered yet.

But the area around is also gigantic. A river flows along the bottom. 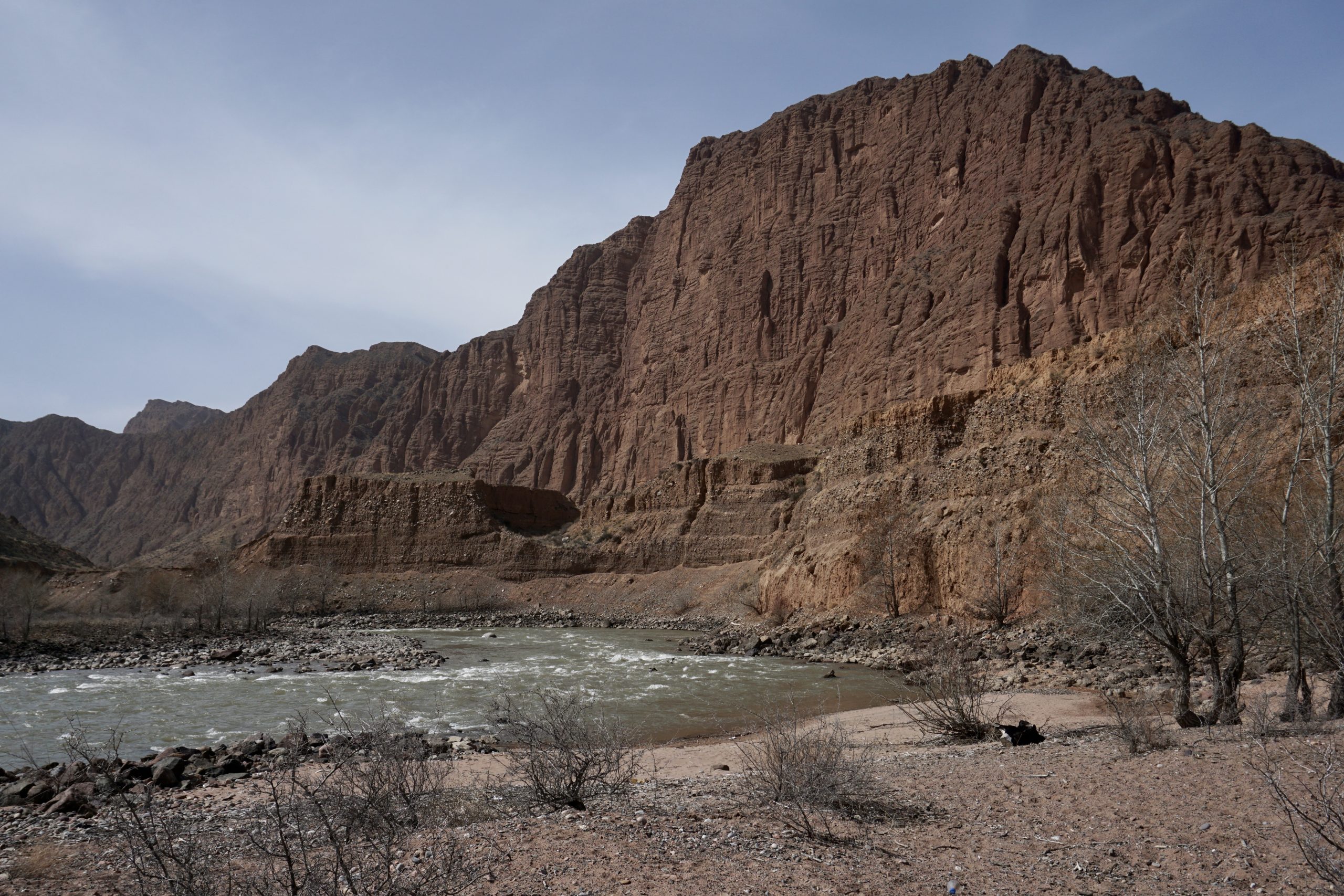 And the rock faces opposite are not without their own: 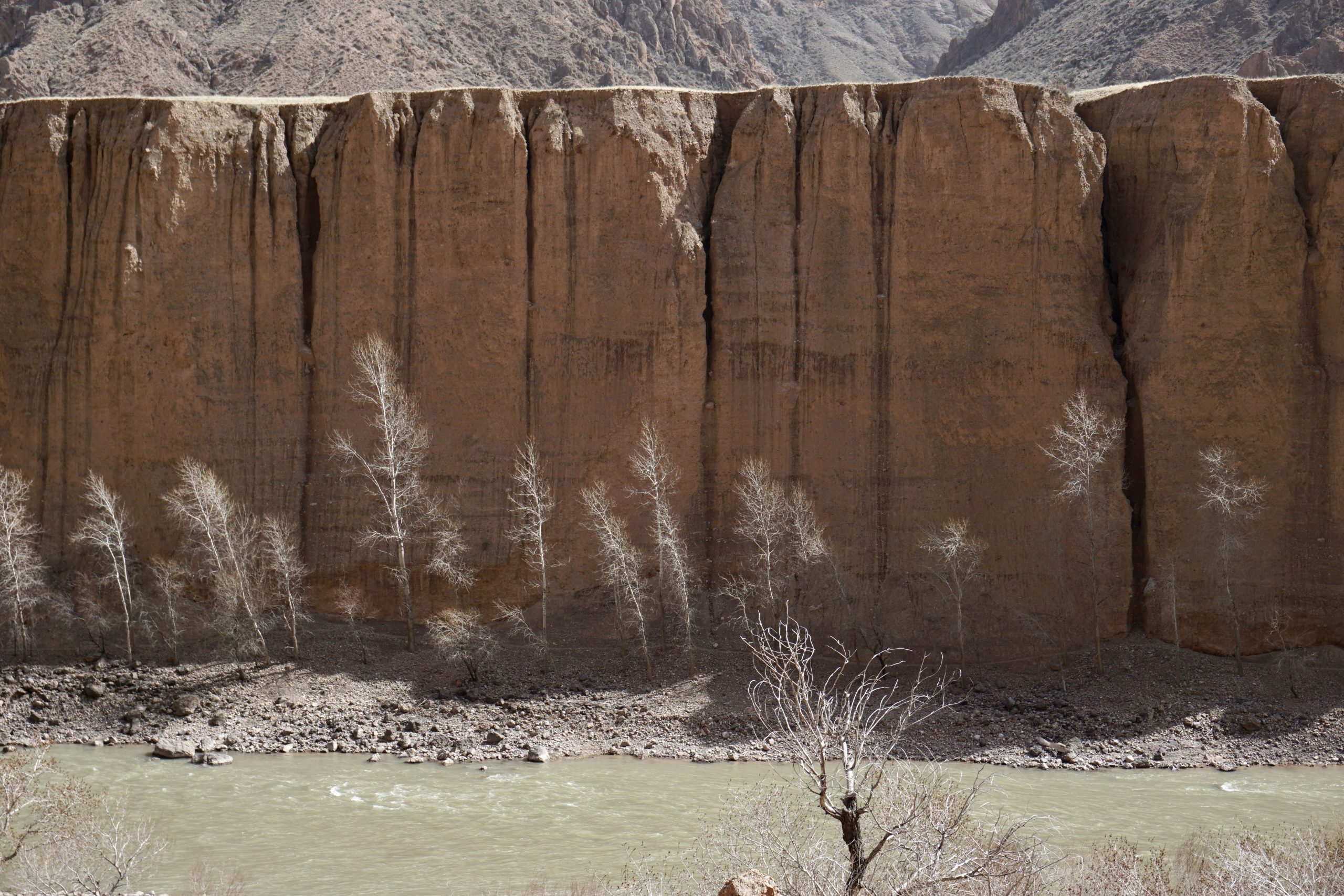 And there was also a small lake or pond or pool hiding here. In any case, with ice-cold water even in high summer. It was already quite warm in this valley. 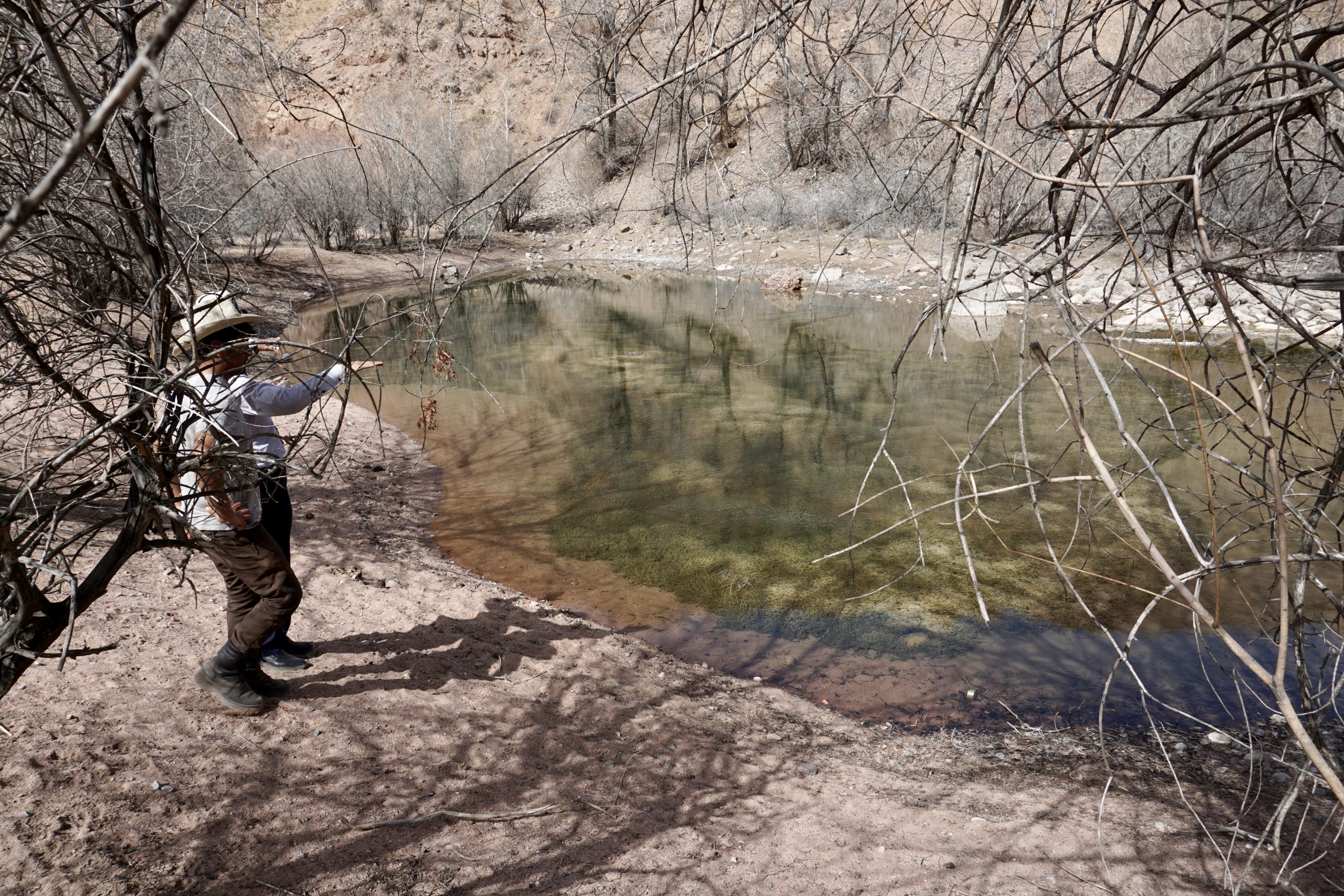 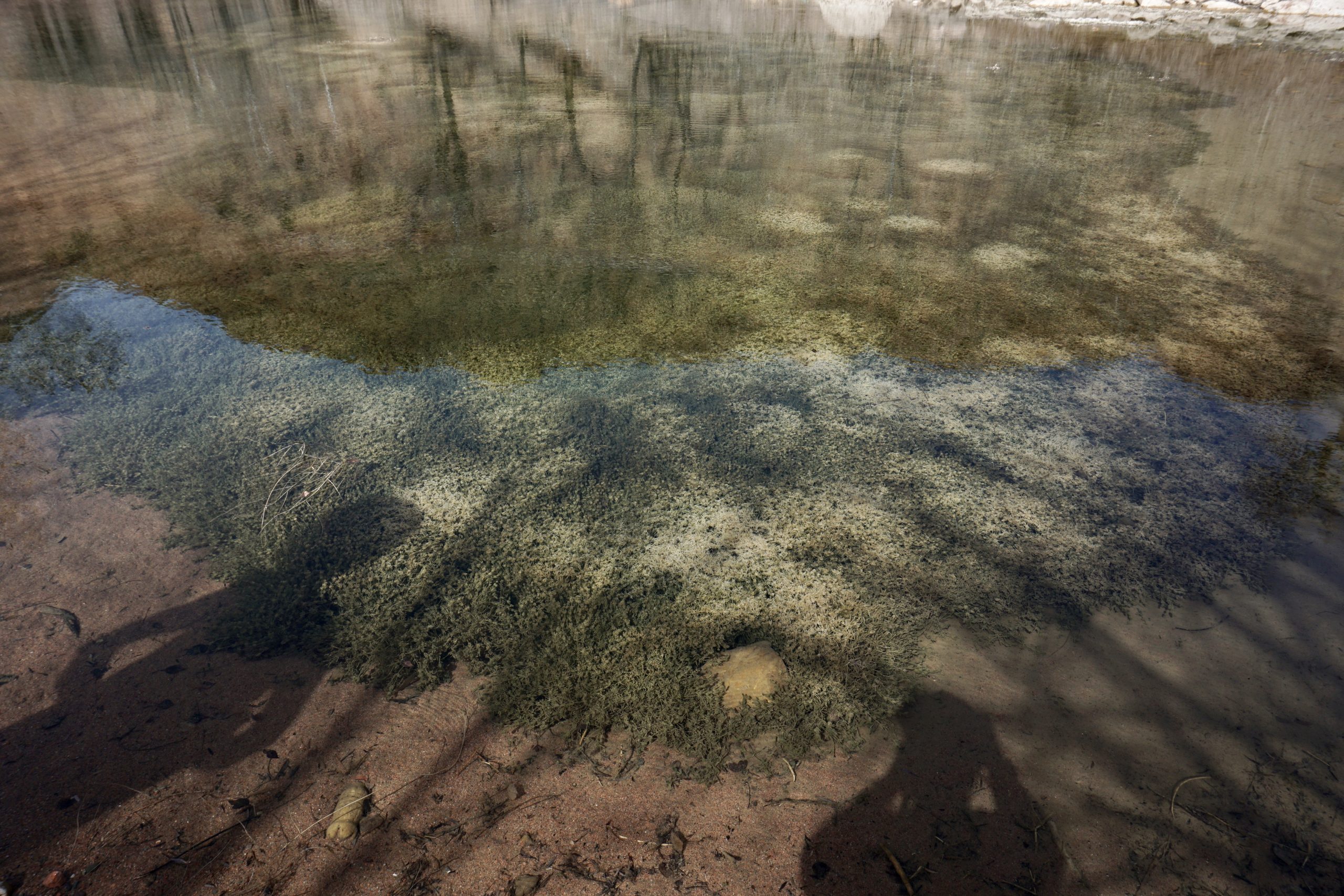 I love days like that – where you have a plan, it doesn’t materialise and you get something else instead, which is maybe even better. And I also love such discoveries. When you run off without much expectation and all kinds of gifts are waiting for you.

And the “gifts” were not over yet. In the evening, the little grandmaster was still waiting for me. I had admitted that I more or less knew the rules of chess, but that I had never really played. And now the little grandmaster was squatting in front of the chess board and challenging me. He had an easy game. I was glad to have it over with, but the little grandmaster didn’t let up. He was a bit bored with me, though, and when I was about to play completely stupid moves again, he intervened and corrected me, had to think – and then even lost! I always had to laugh so much when his long-drawn-out “Schaaaach” sounded. (What do they actually say in English?)

chess against the little grandmaster

In the meantime, I have already travelled a lot further and experienced other things that are also interesting and exciting etc. – nevertheless, nothing has been able to top this day. But that doesn’t matter at all – it’s great when there are days like this, when you sink into your pillows really fulfilled and happy.