Unfortunately I don’t have a photo of our night camps – we slept 1 x 4 and 1 x 3 people in one room each and only the toilet corridors were little annoying. But I did take a photo of the tapestries in one room, which Aitengül embroidered herself. There is also a photo of her deceased son on it. 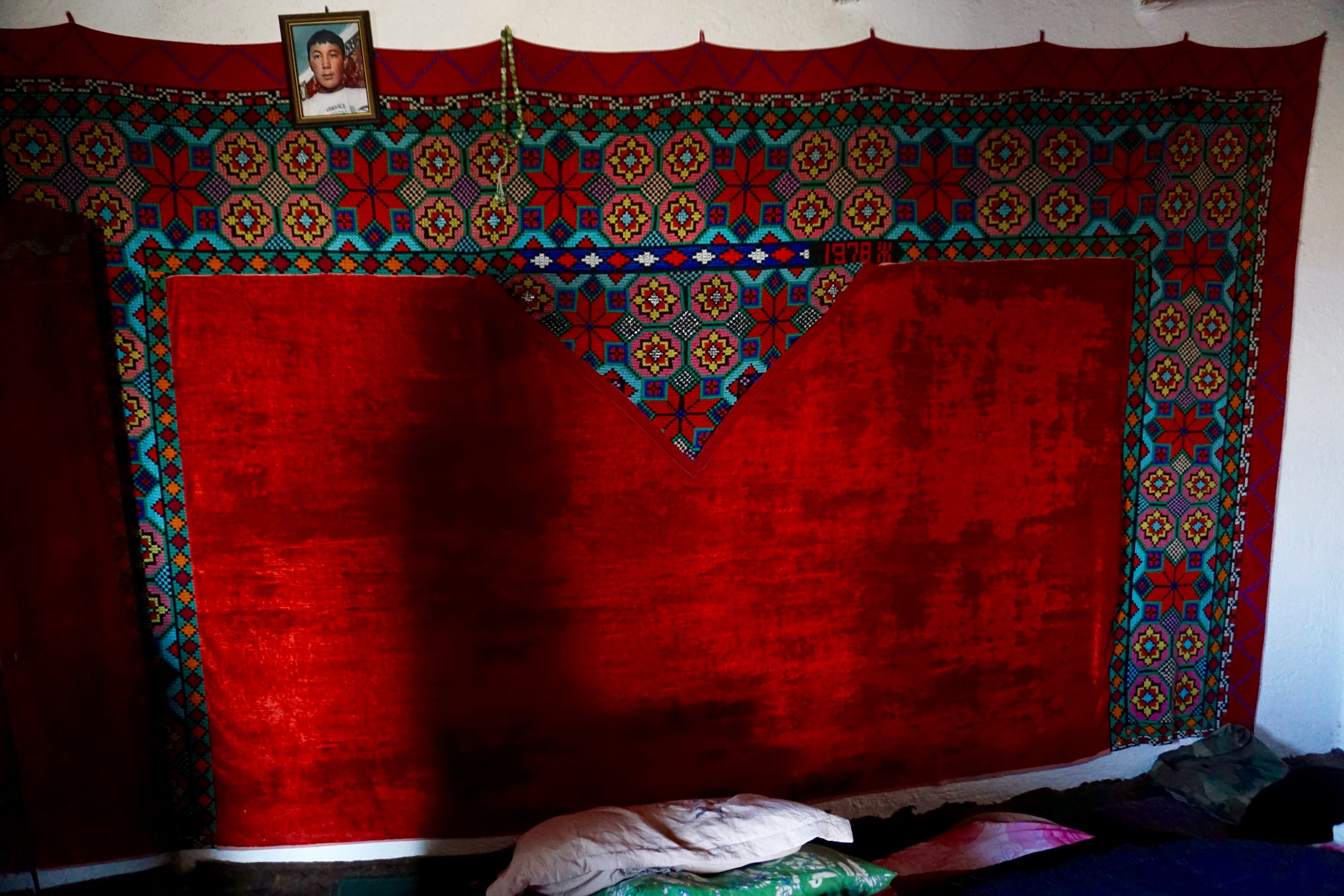 tapestry with photo of son 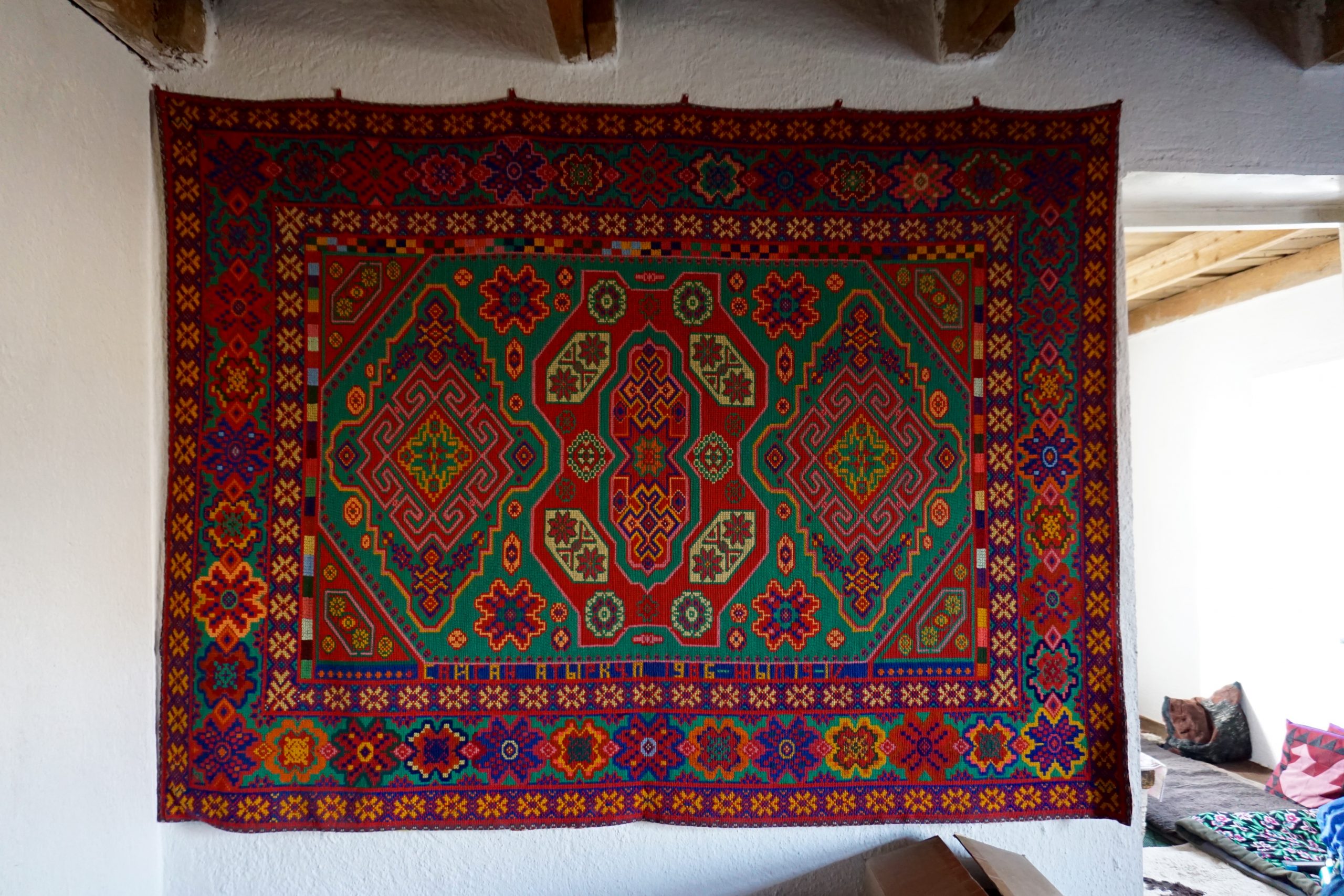 Breakfast was fortunately no problem (i.e. without fatty mutton). The washing up is done next to the oven. This has a hatch where you can bake the bread. 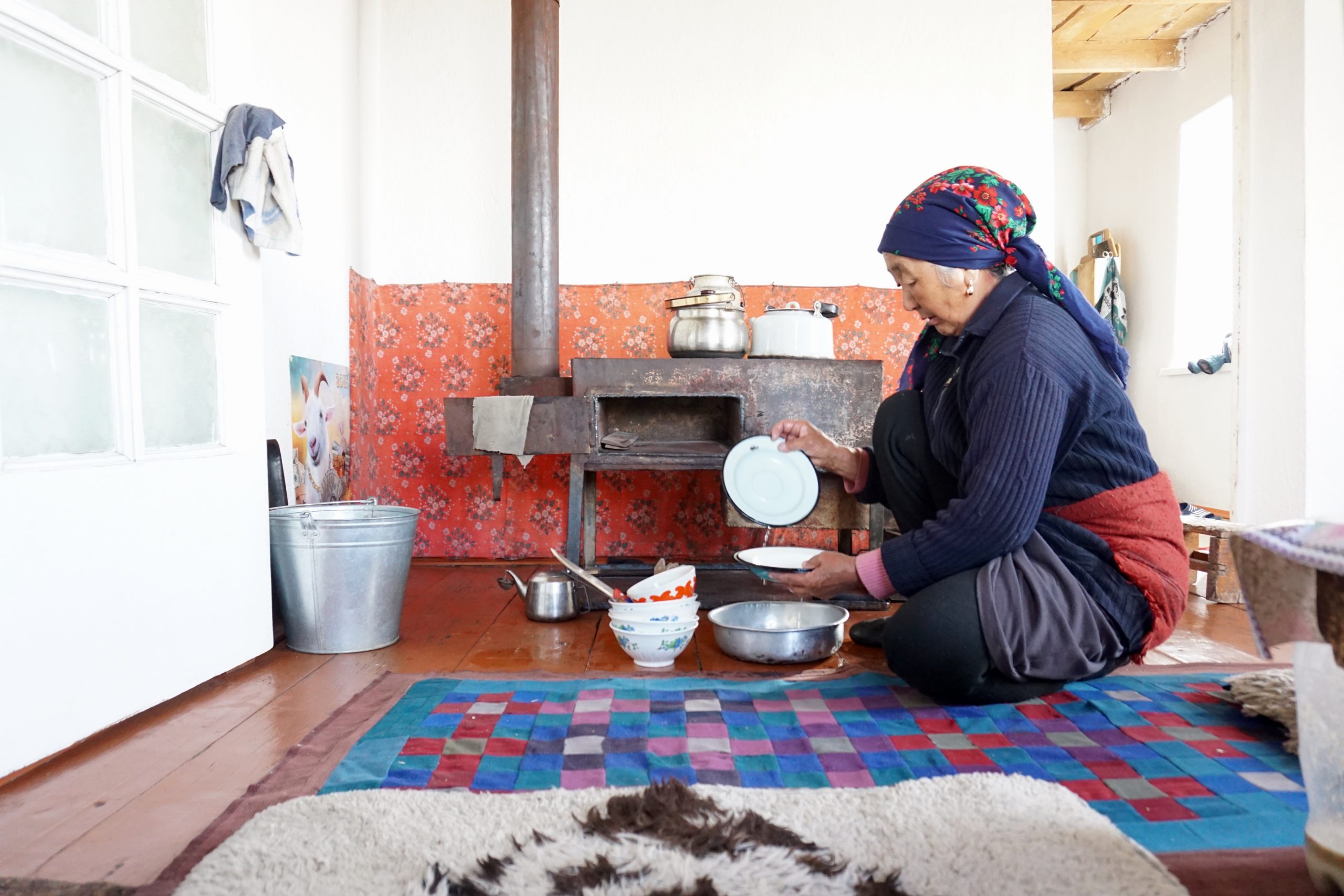 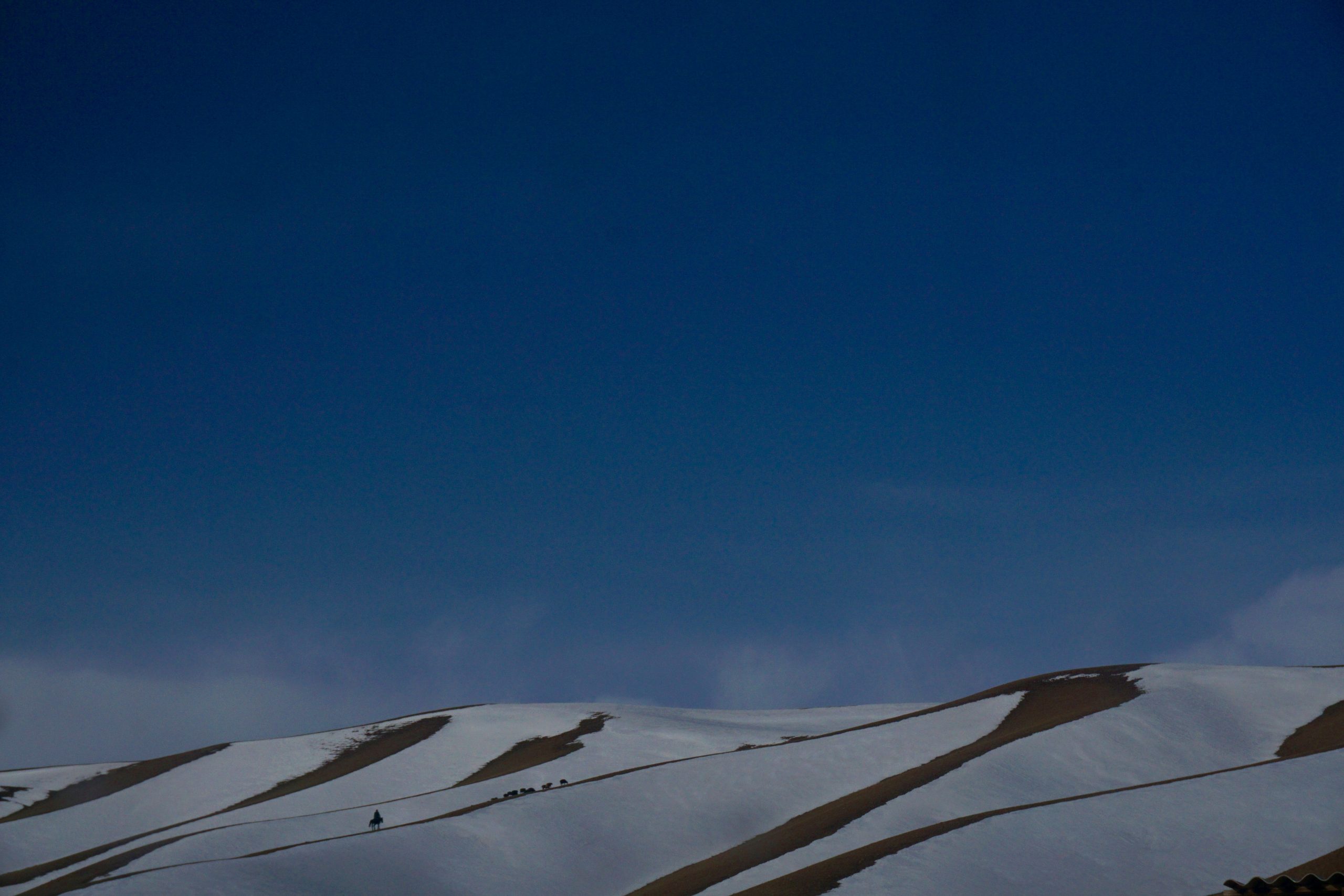 The plan was to go through the valley into the mountains, see how far we could get and turn back. The first part was filled with concern about the wolves. There are many here and when they are hungry they come down and can attack people in desperation. At breakfast, wolf stories were exchanged, probabilities and speculations were discussed. To say it in advance: we didn’t meet any. Perhaps because some animals were already on the move. The small marmots scampered to their dens and we could see a badger hobbling through the snow. 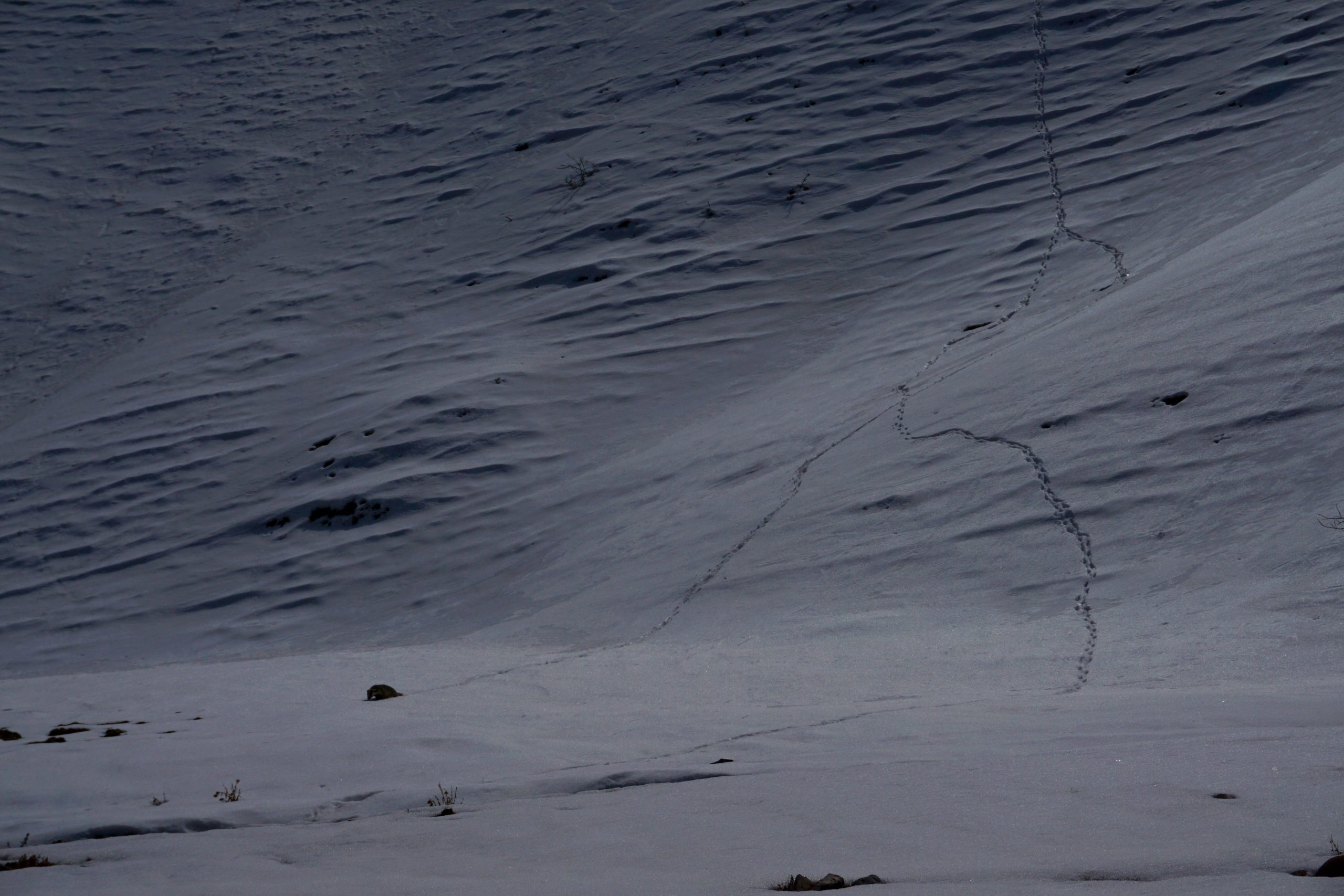 So we hiked uphill, had to cross streams, enjoyed various rock formations on the left and right, and when the valley forked, we wondered where more could be discovered. 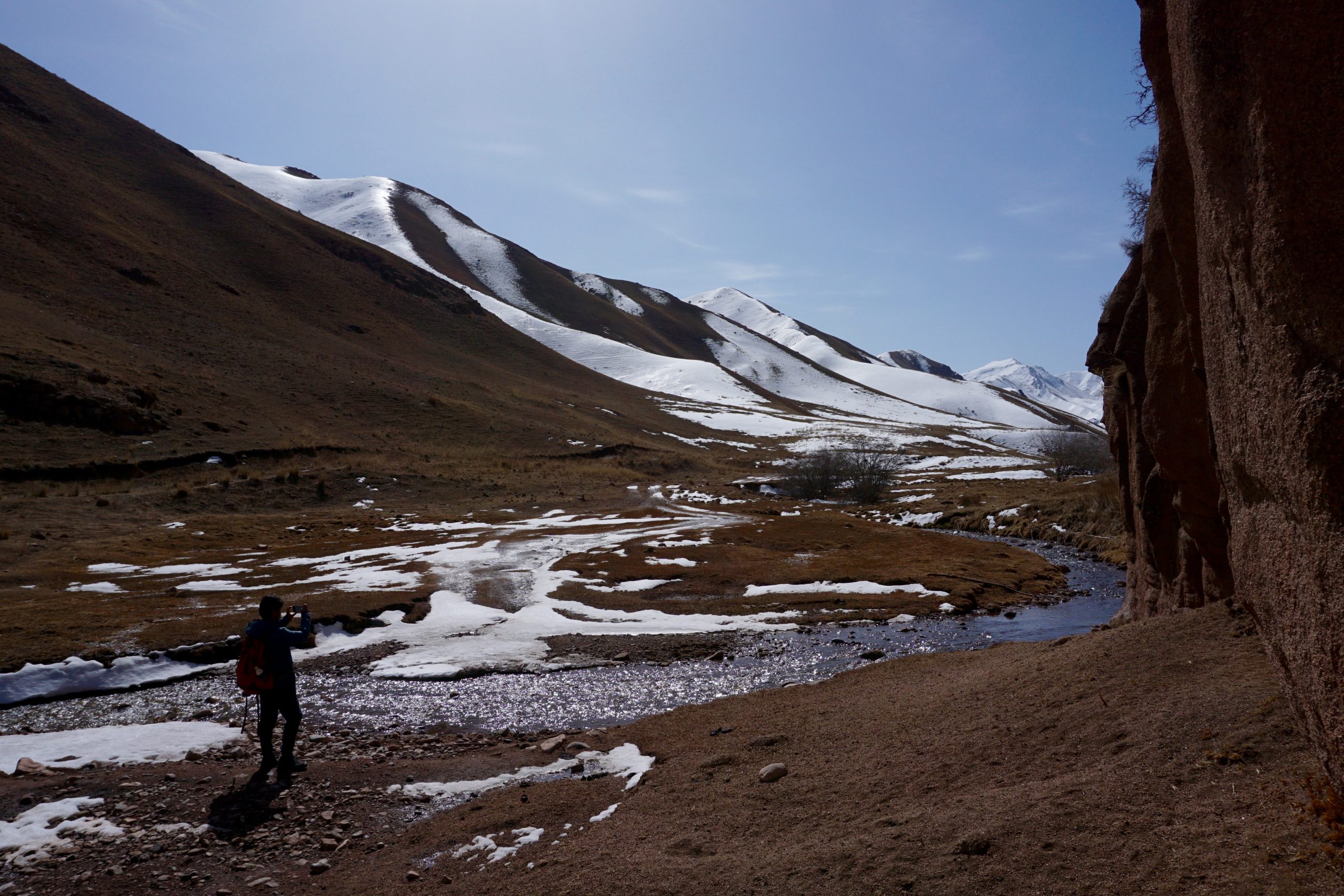 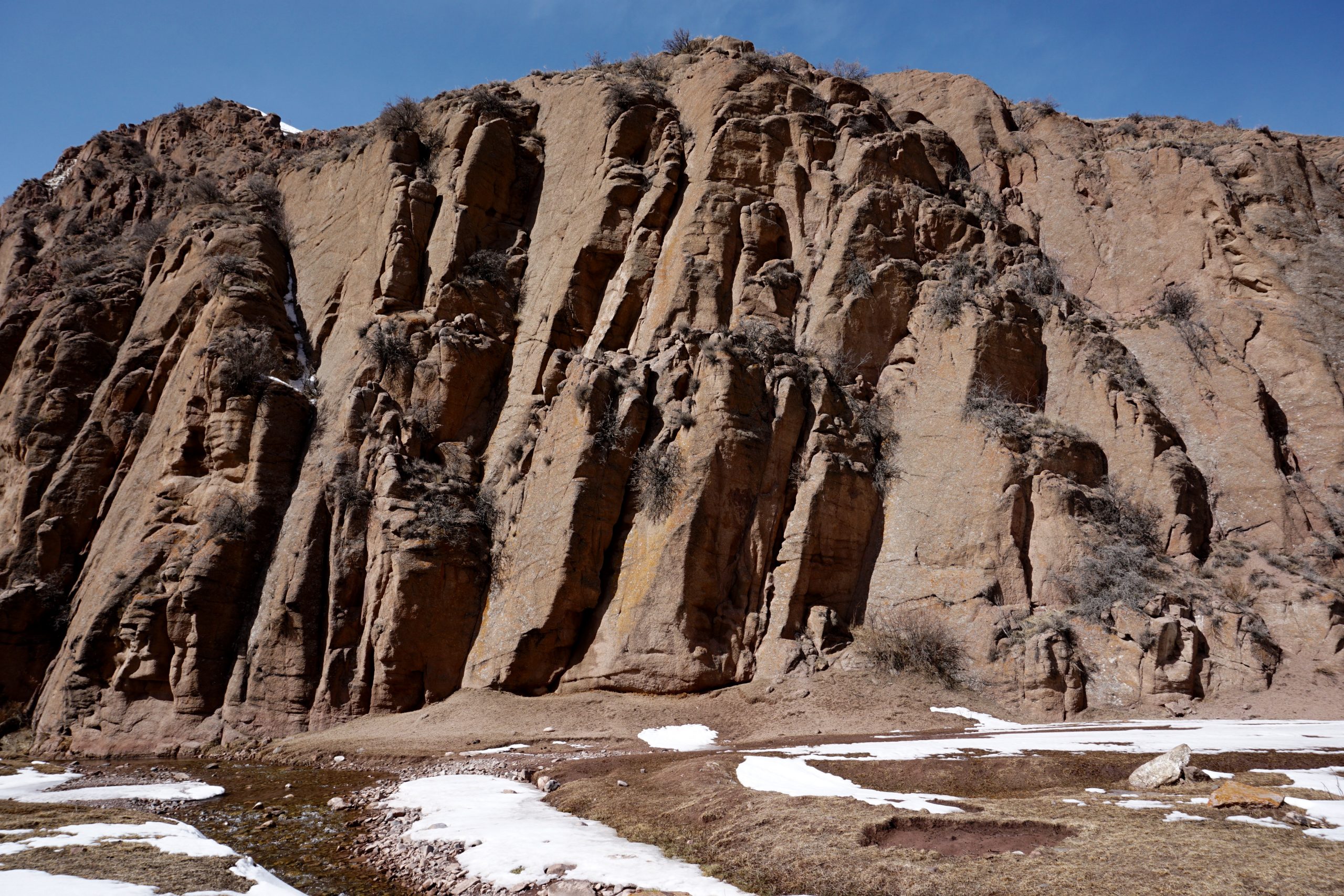 rocks at the side 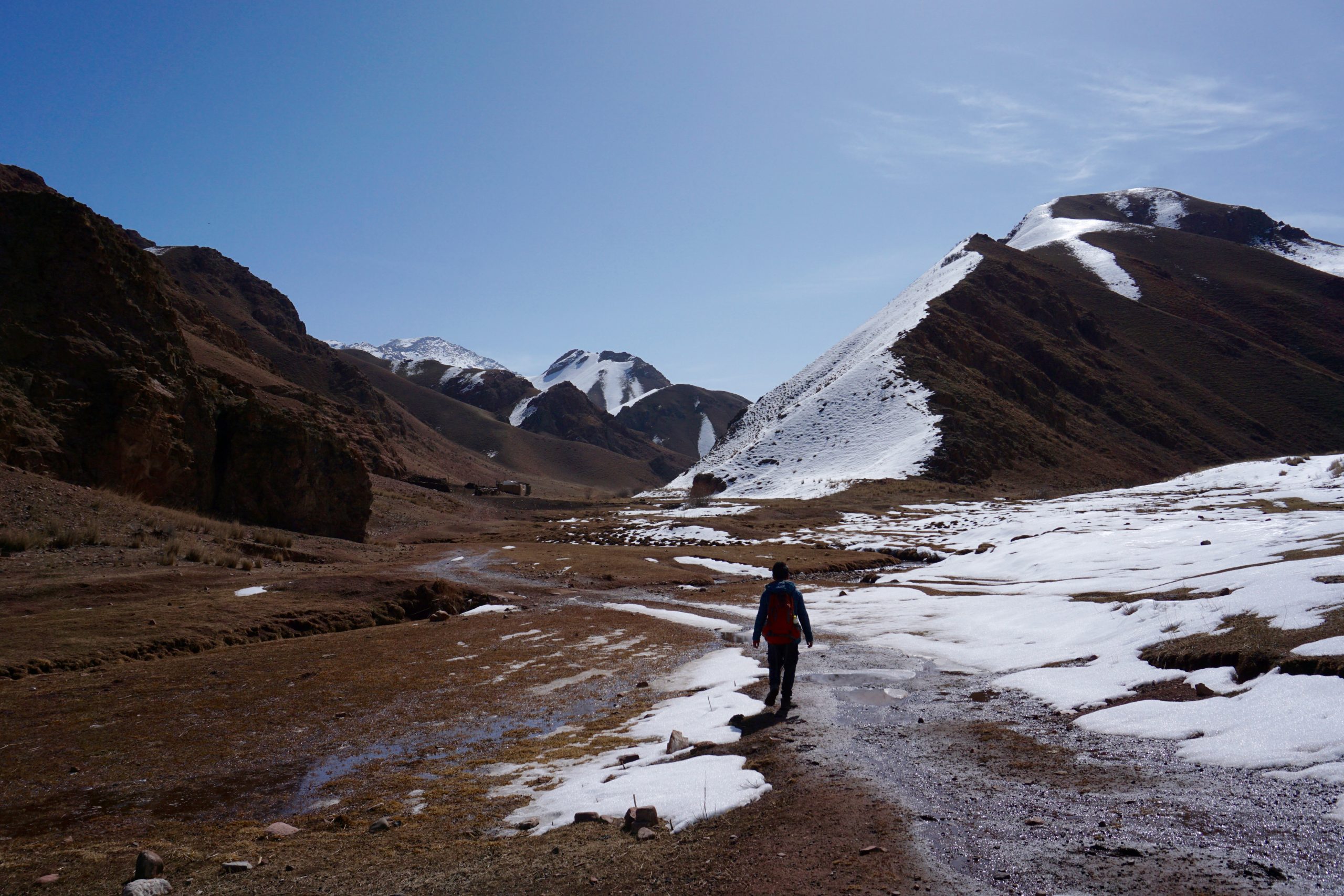 hiking up the valley

It is good fun to hike with Rakhat, he is just as curious as me about what can be found. He knew a bit about the area because he wanted to see wether there was a way to get to Son Kul Lake from here. You can certainly get there, but it still needs to be properly prepared for trekking tourists. Apart from the animals, we mainly discovered dwellings. On the one hand, there were these summer pastures where people come with their animals. 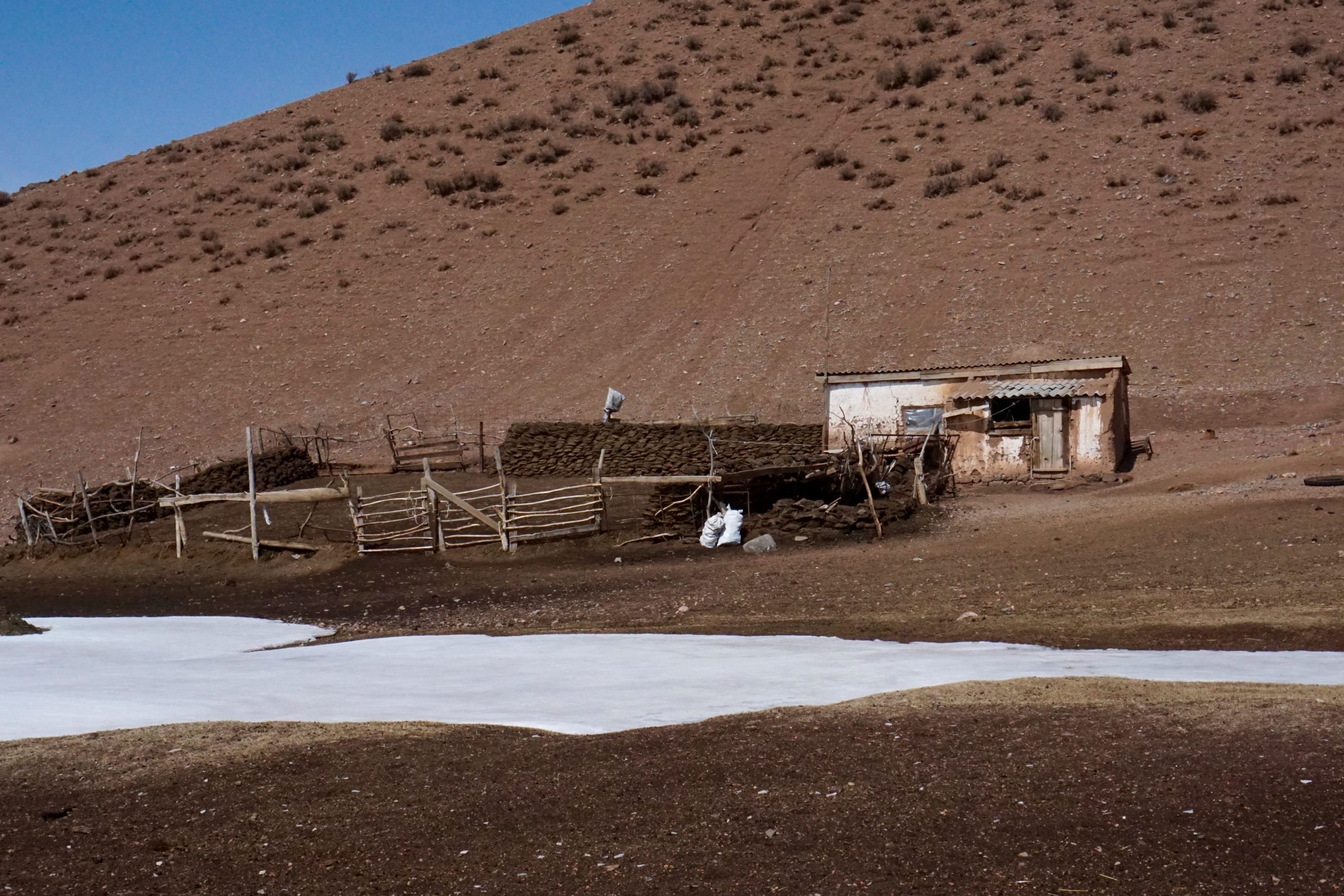 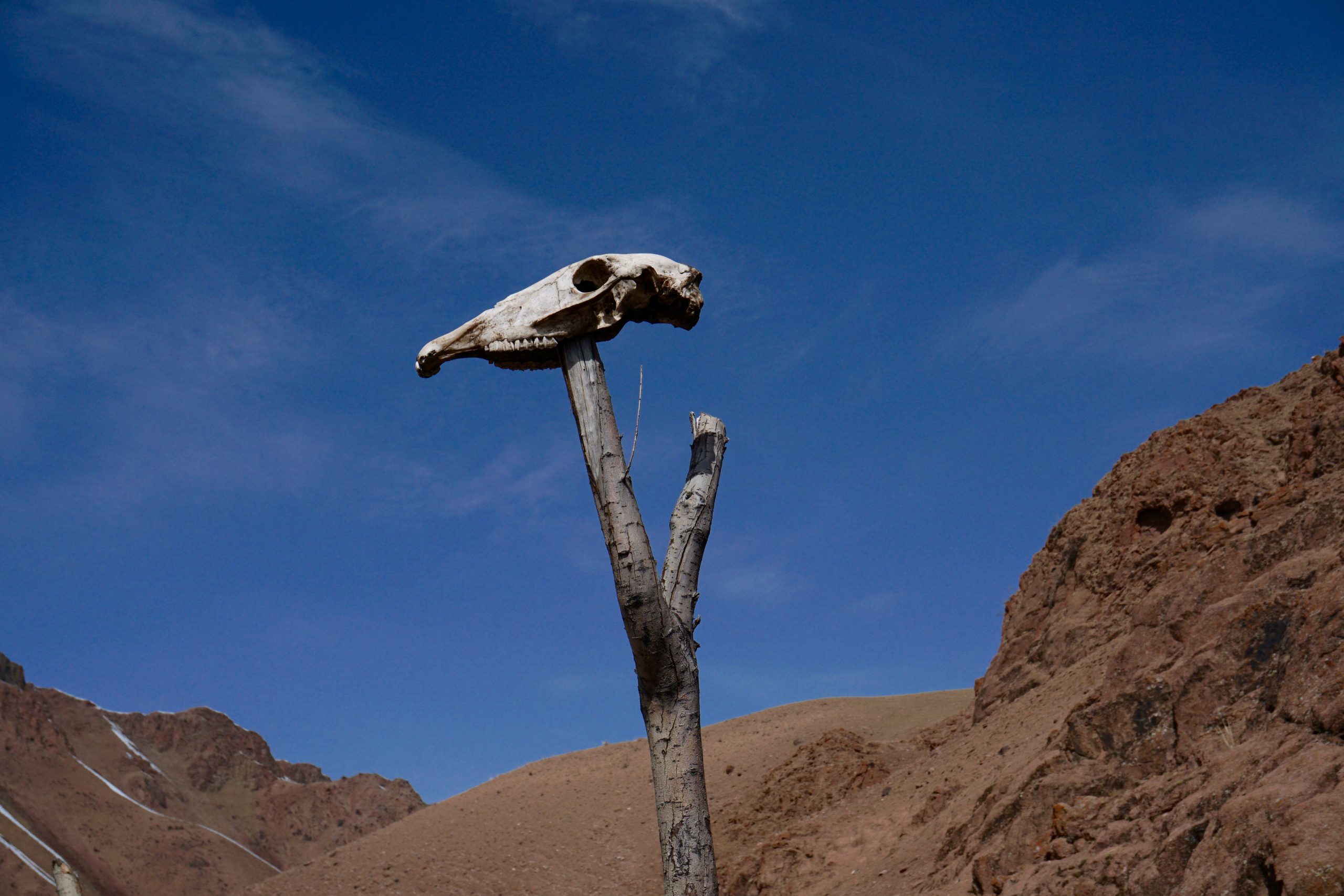 The pens were neatly prepared, the buildings loosely closed so that we could look in. There were differences in quality – this one had a bed and probably some kind of generator. 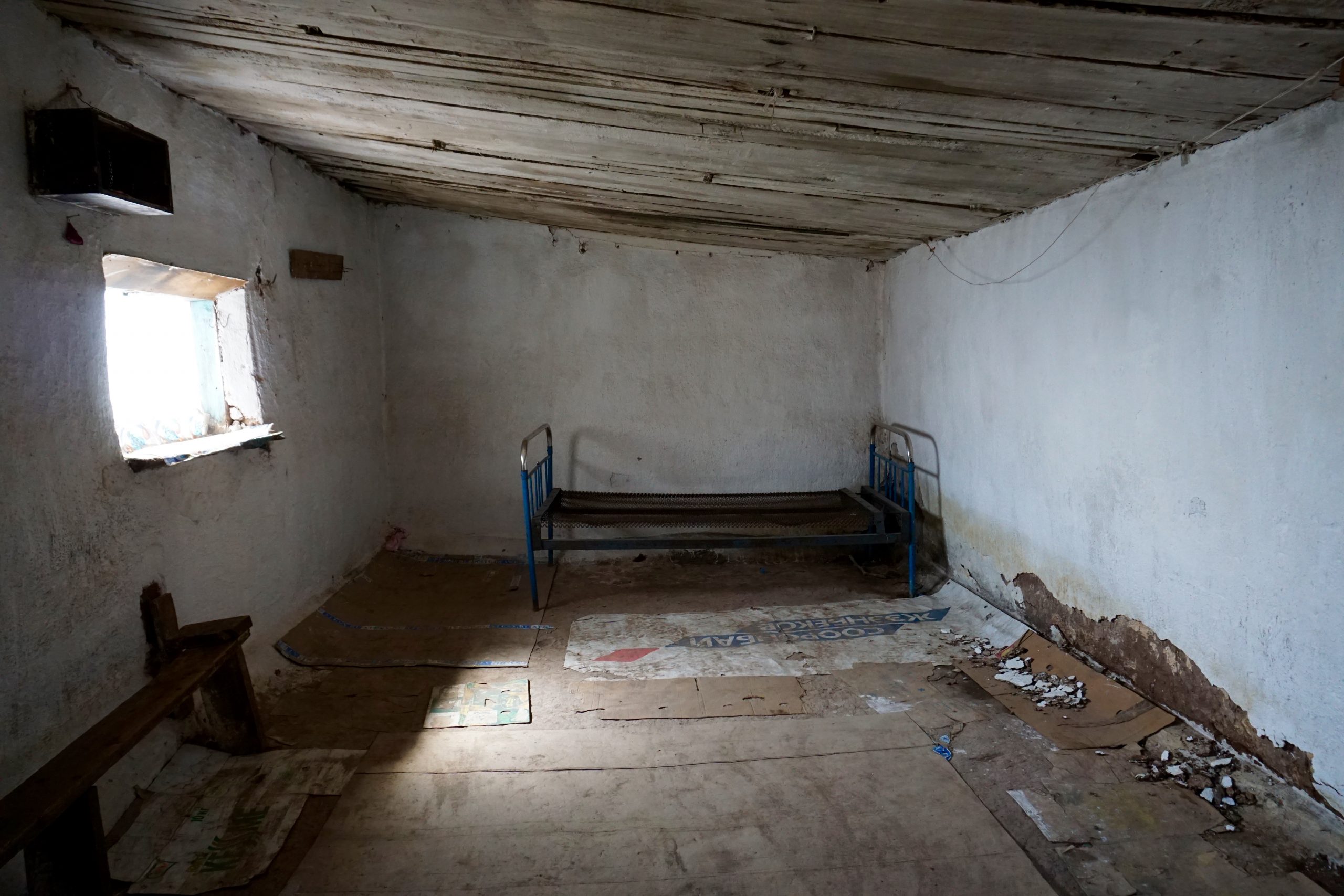 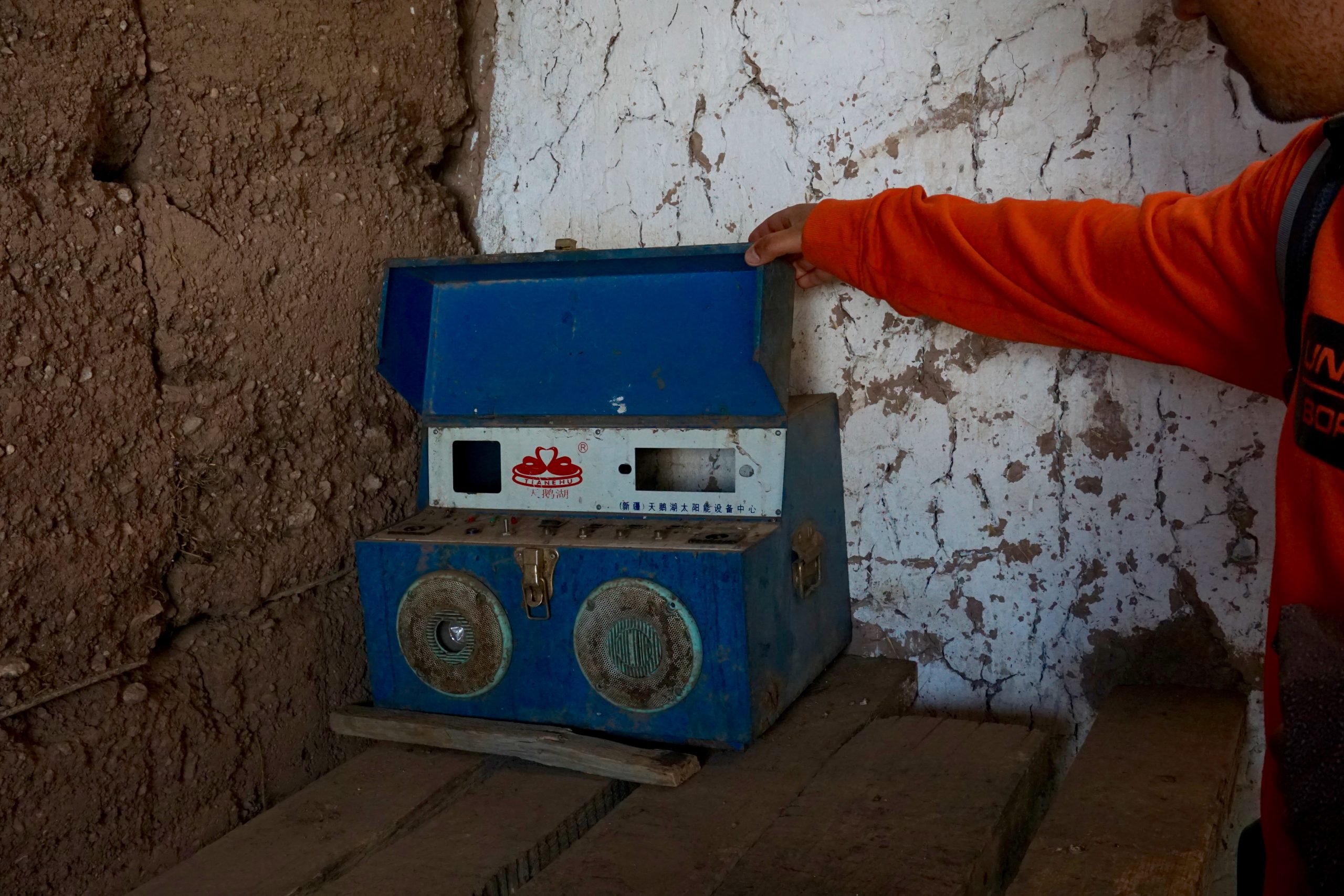 But there were also other dwellings, or we don’t know exactly what this disused vehicle was used for. I didn’t share the wolf fears, but all the dwellings gave me the creeps of going in and possibly finding a corpse. Watched “Into the Wild” too intensively…. 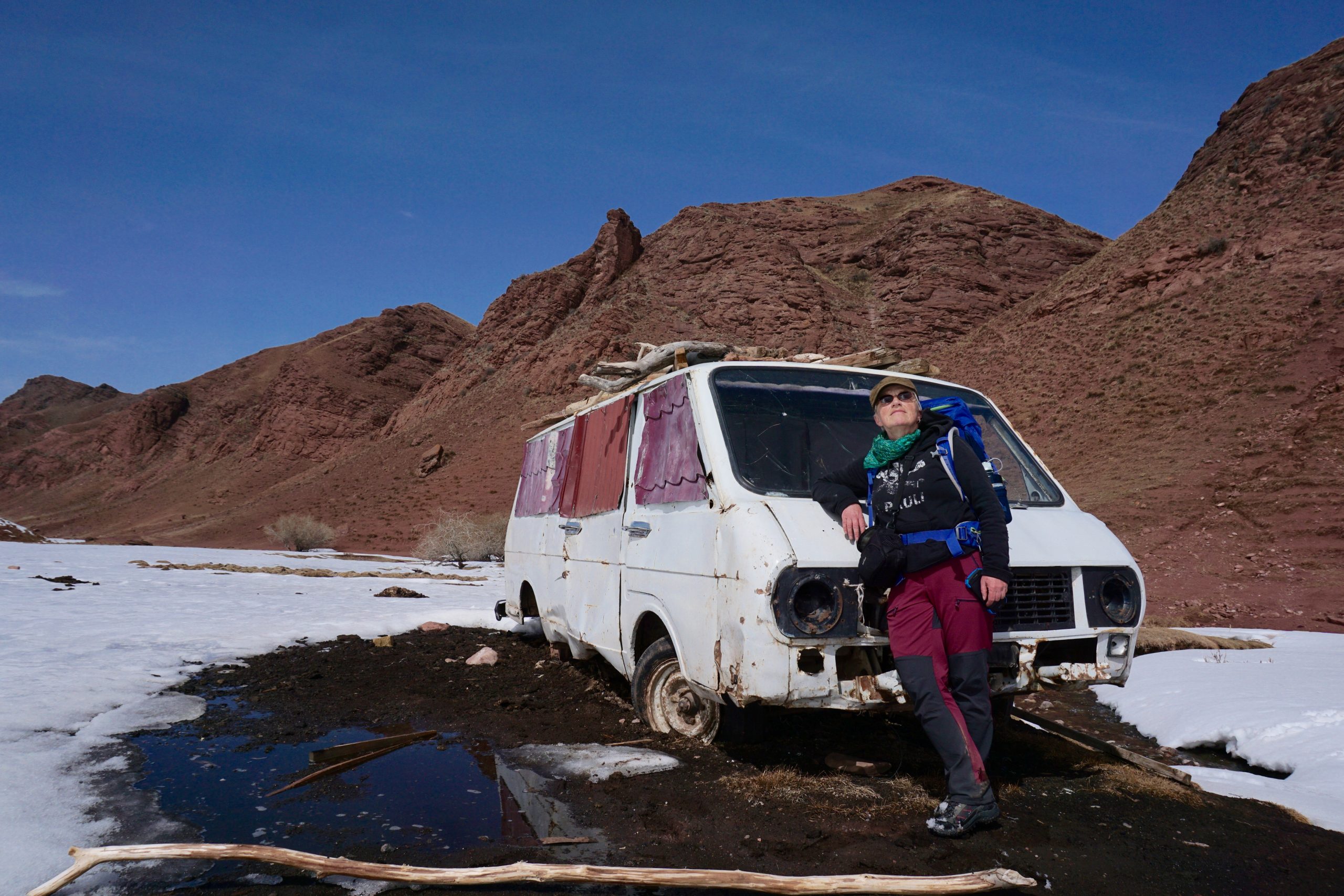 malfunctioning minibus. in front: me 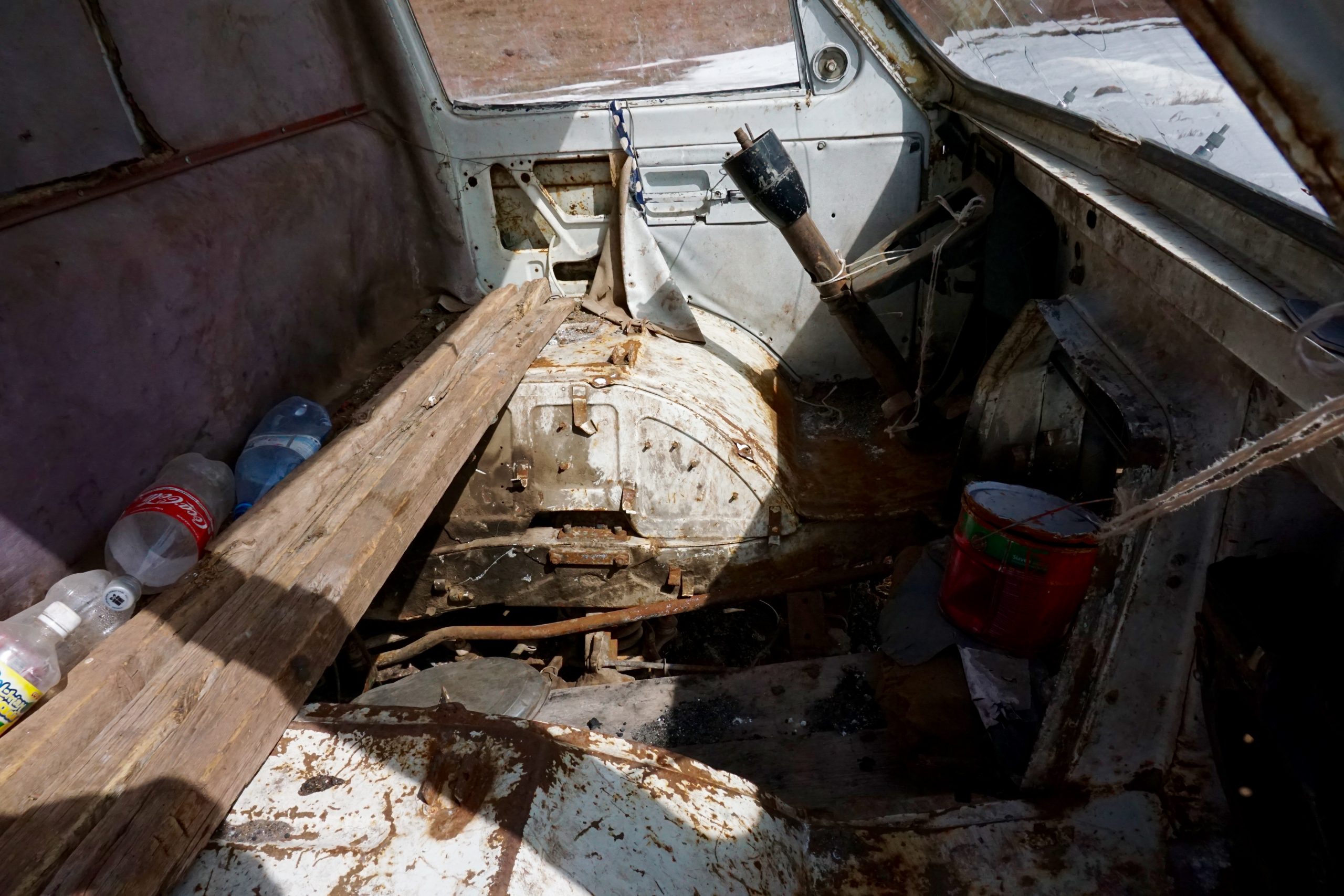 We were about to turn around, but then we saw the most interesting and posh dwelling in the distance: an old wagon. 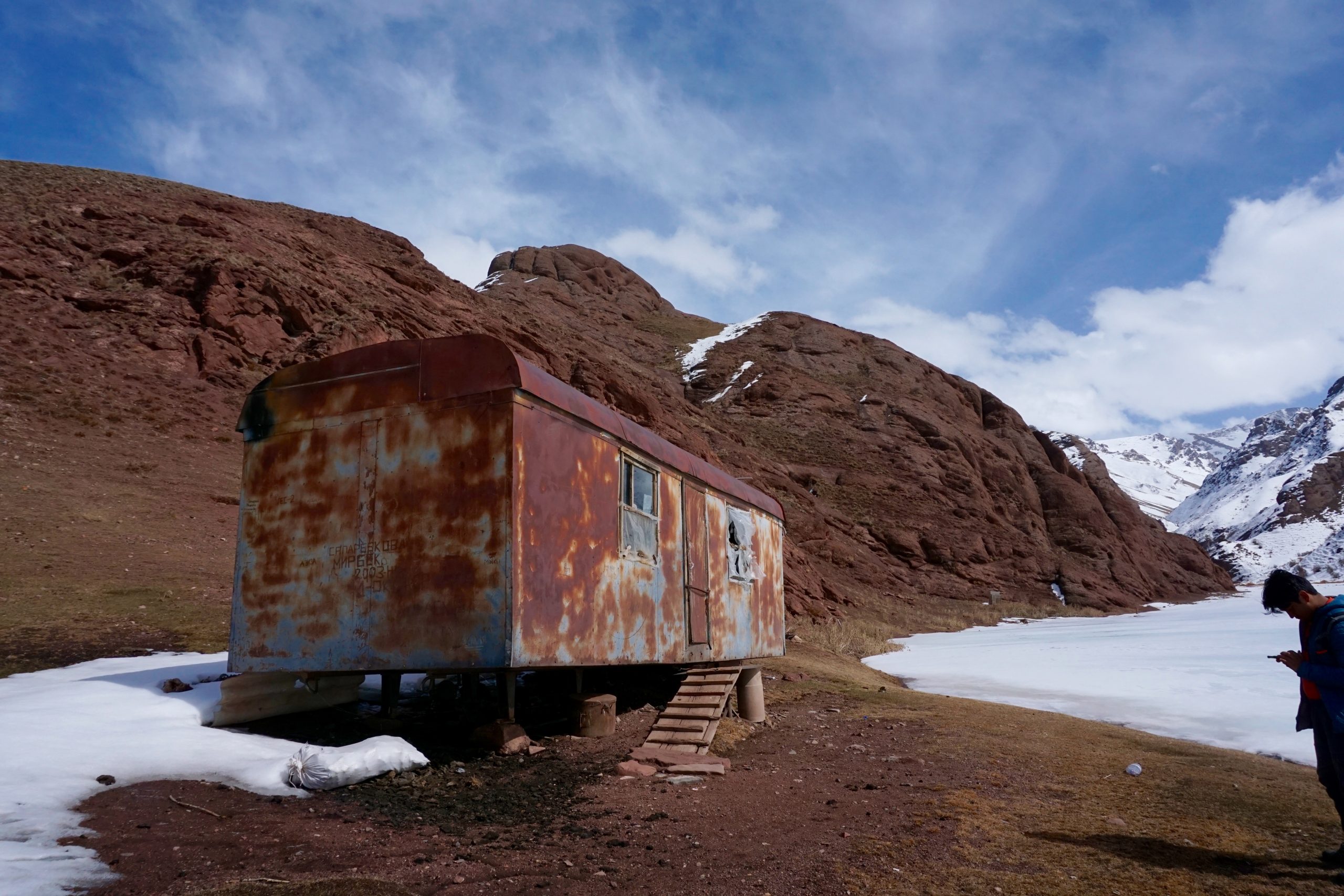 There was still quite a lot of furnishings inside and it looked like the owner (the owneress?) would want to come back soon. 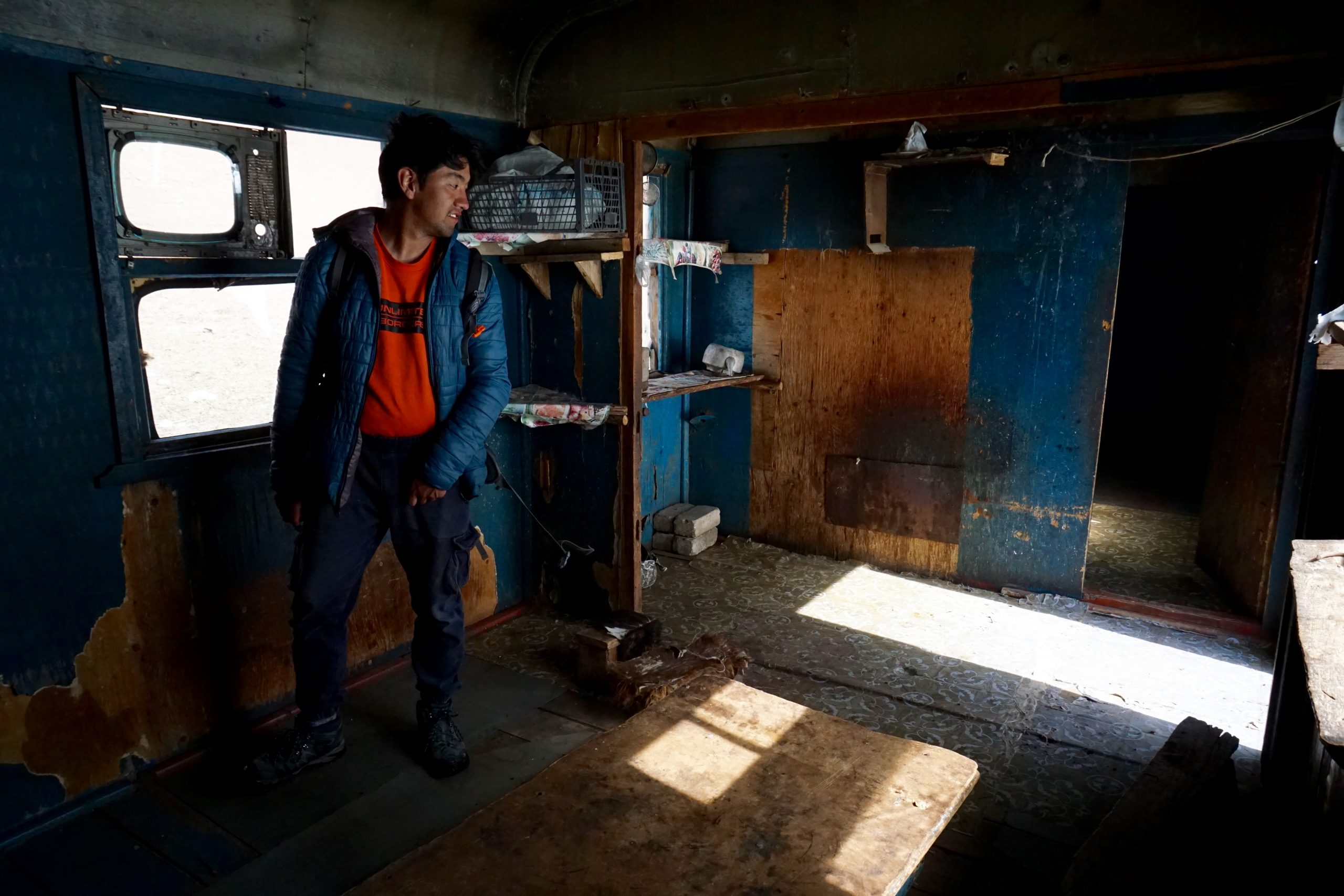 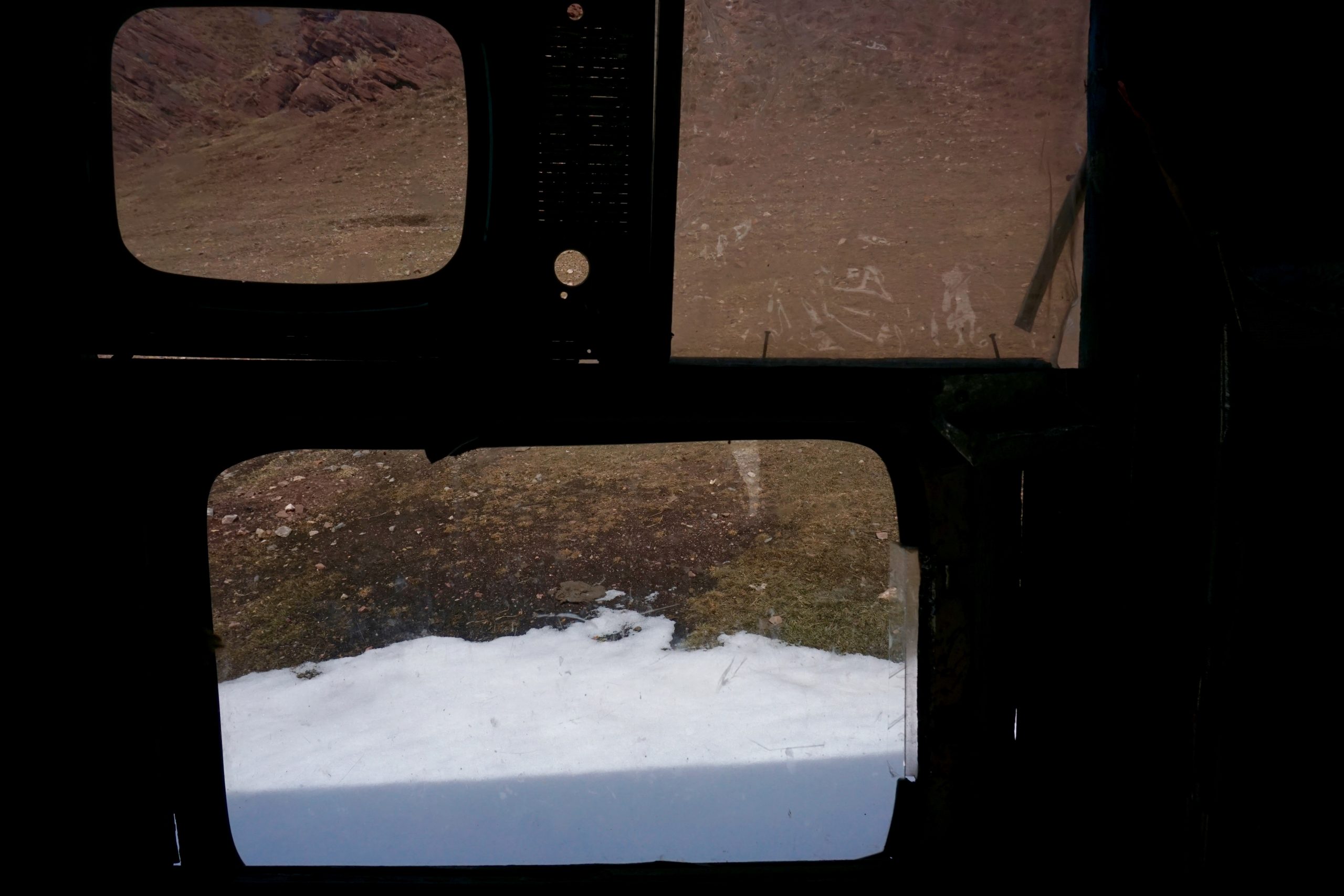 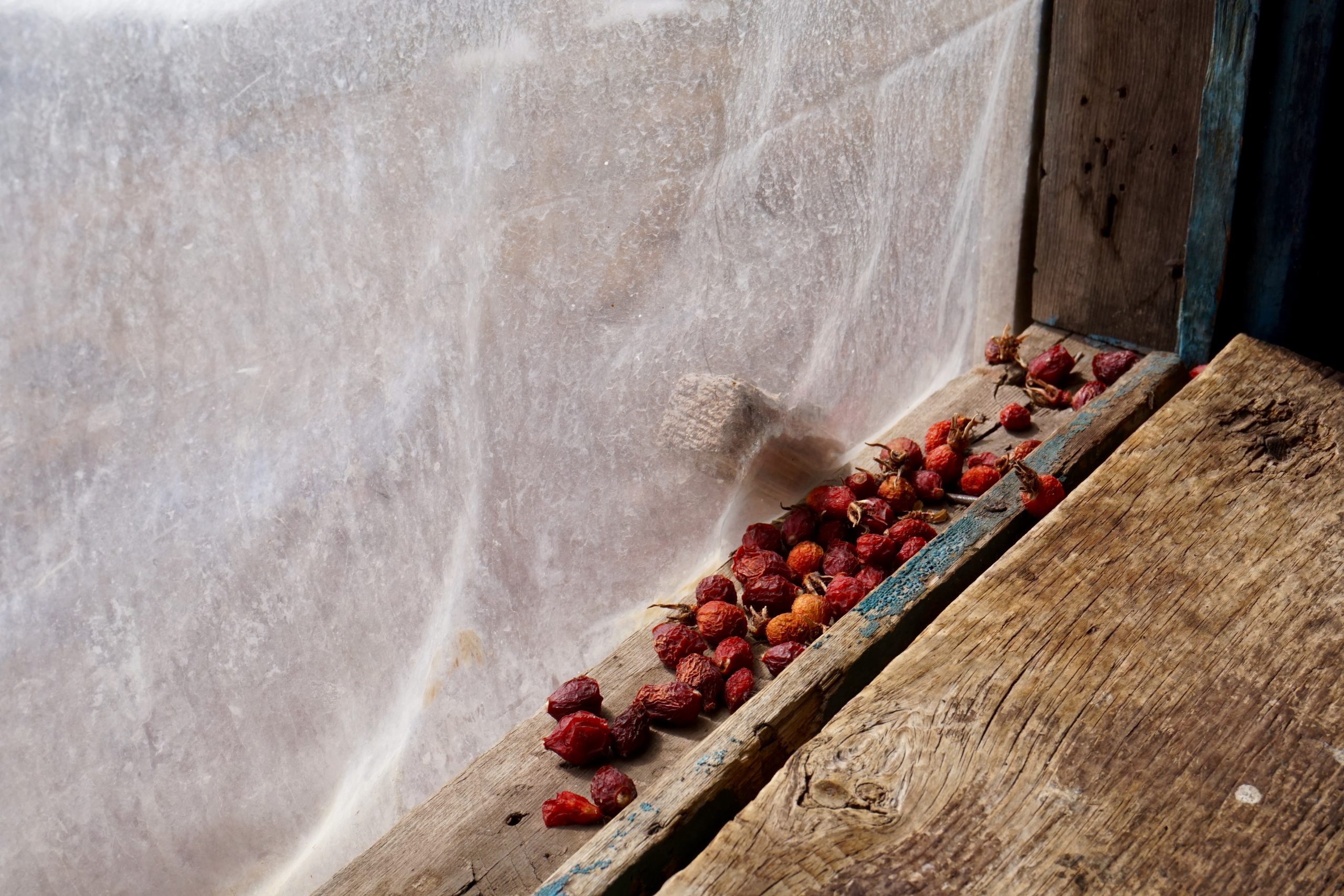 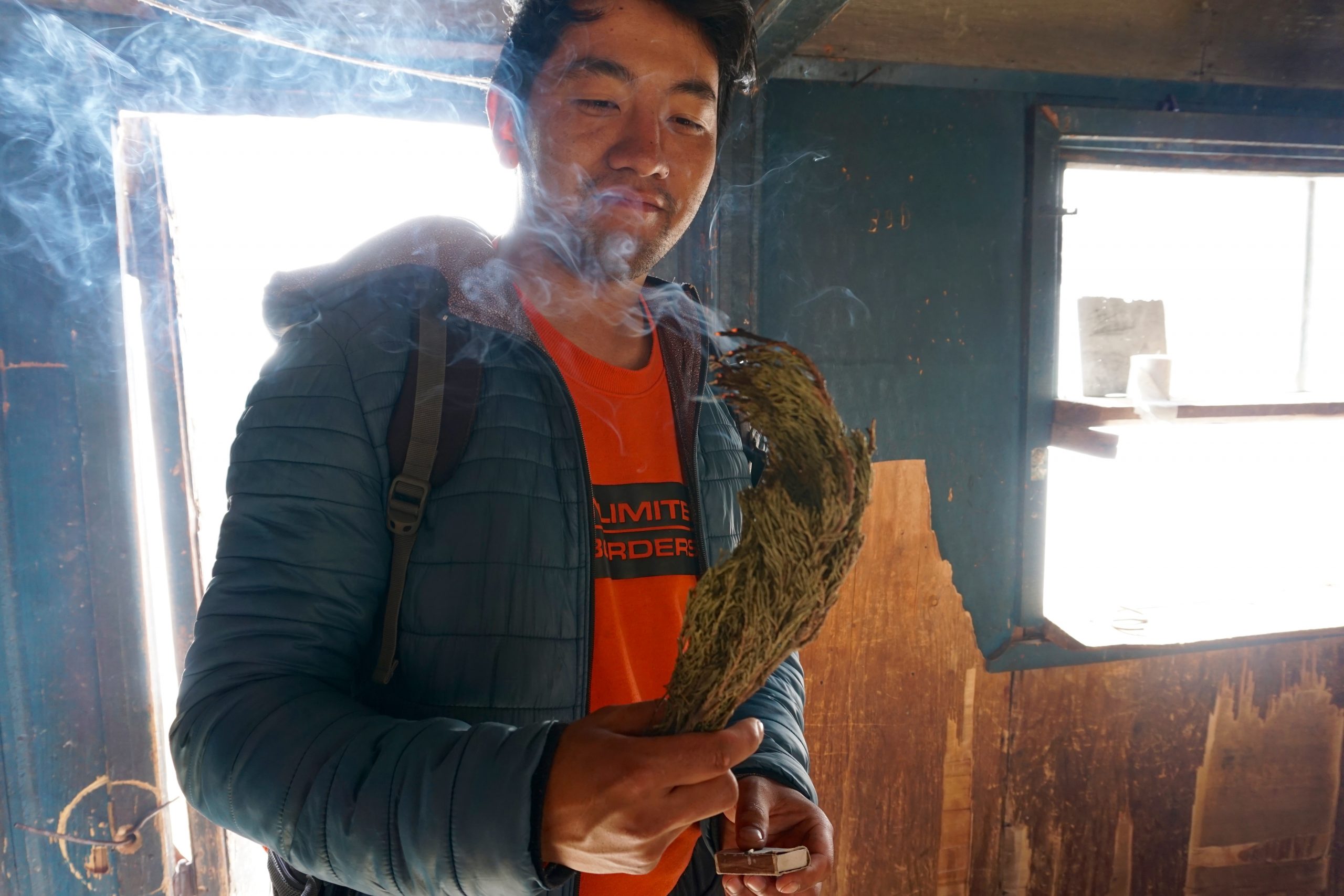 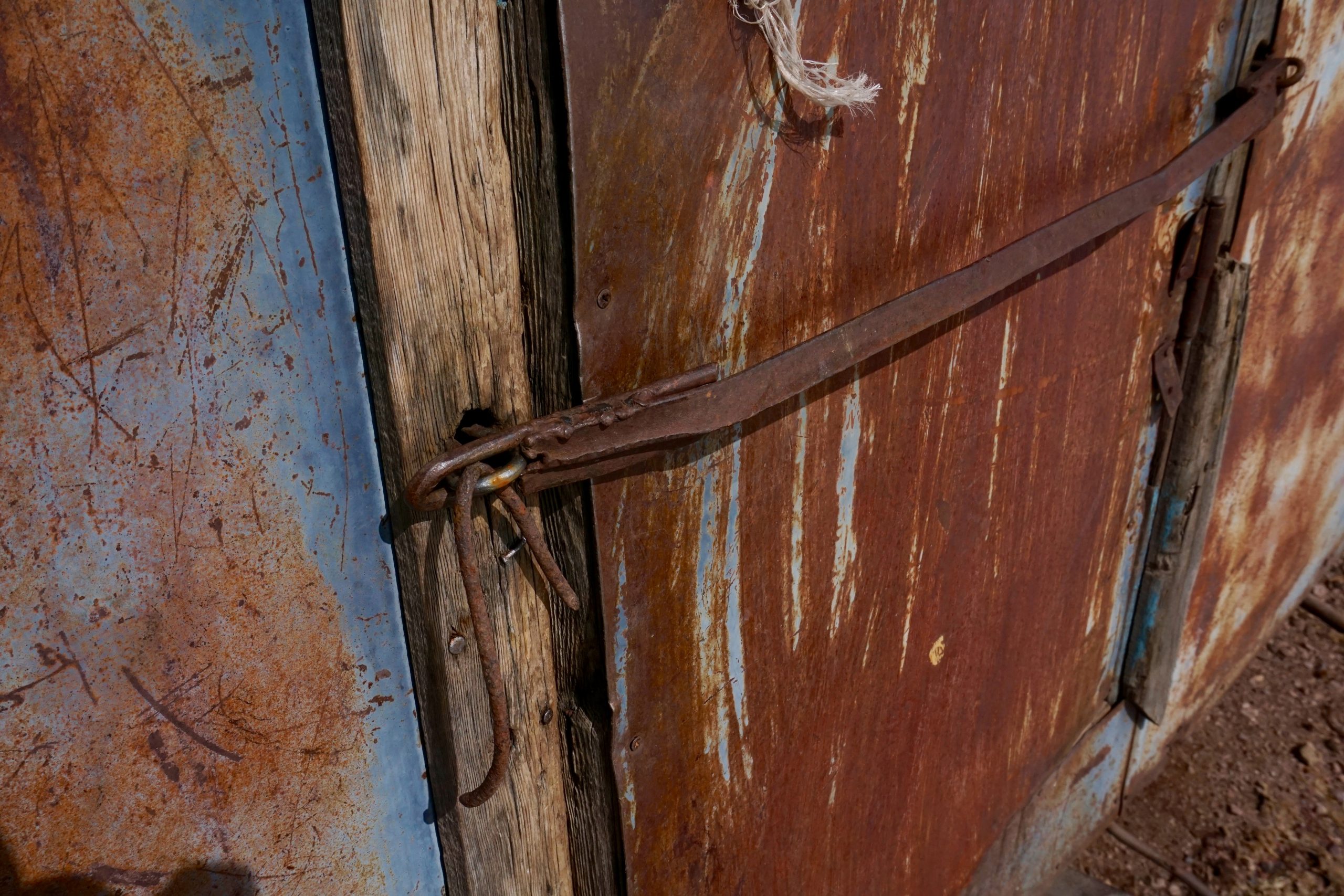 We locked up all the dwellings and hiked back again. Here are a few more landscape pictures. 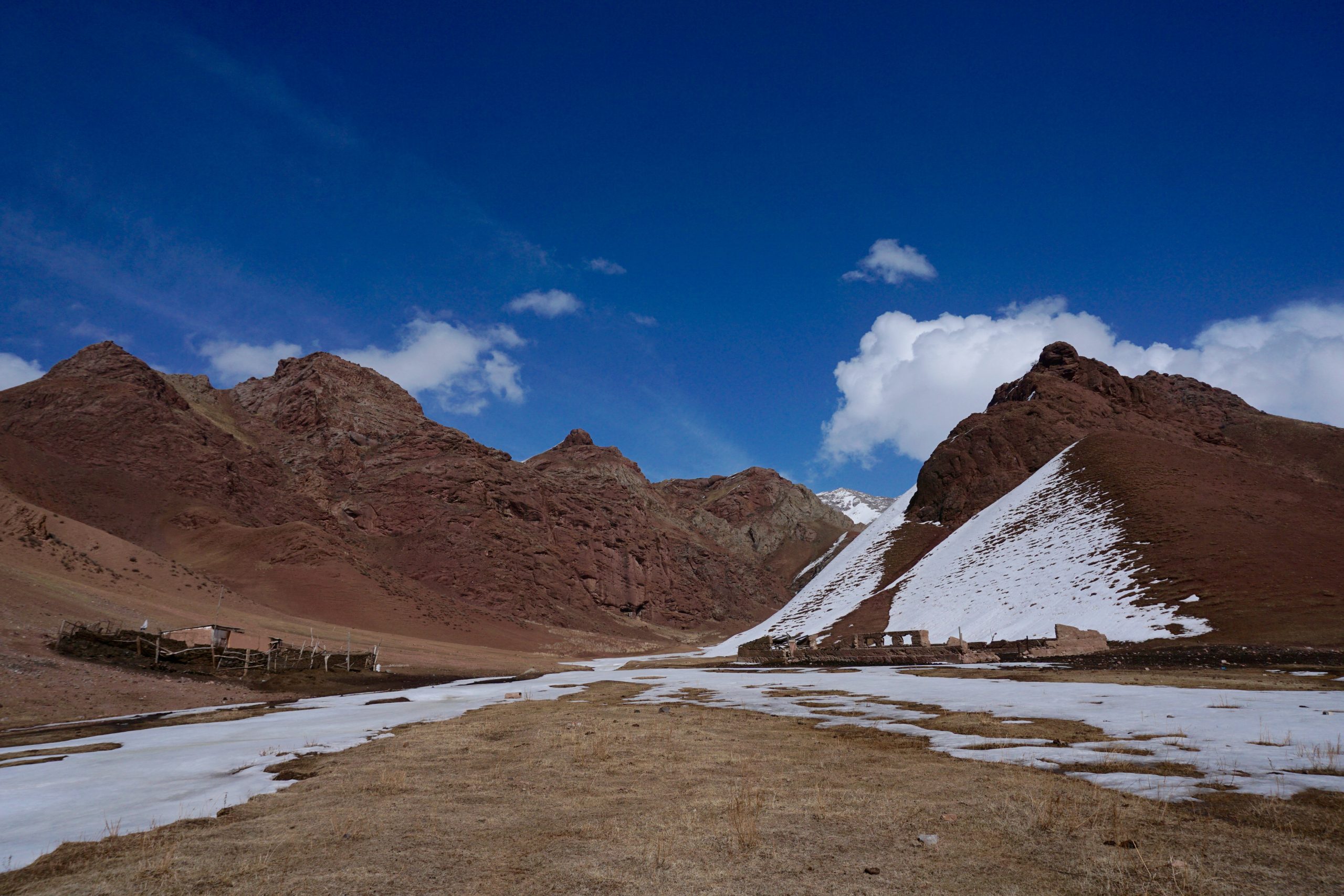 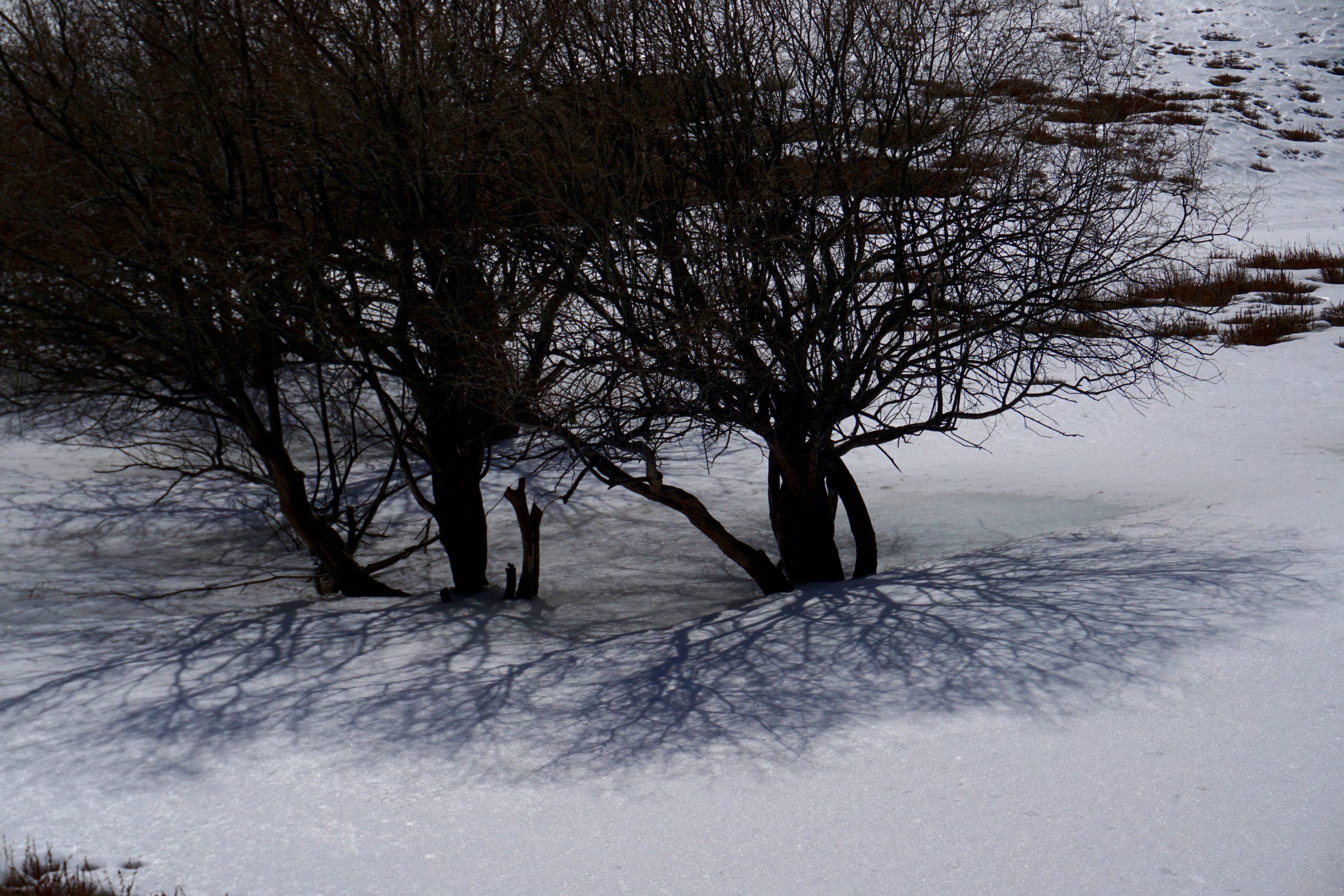 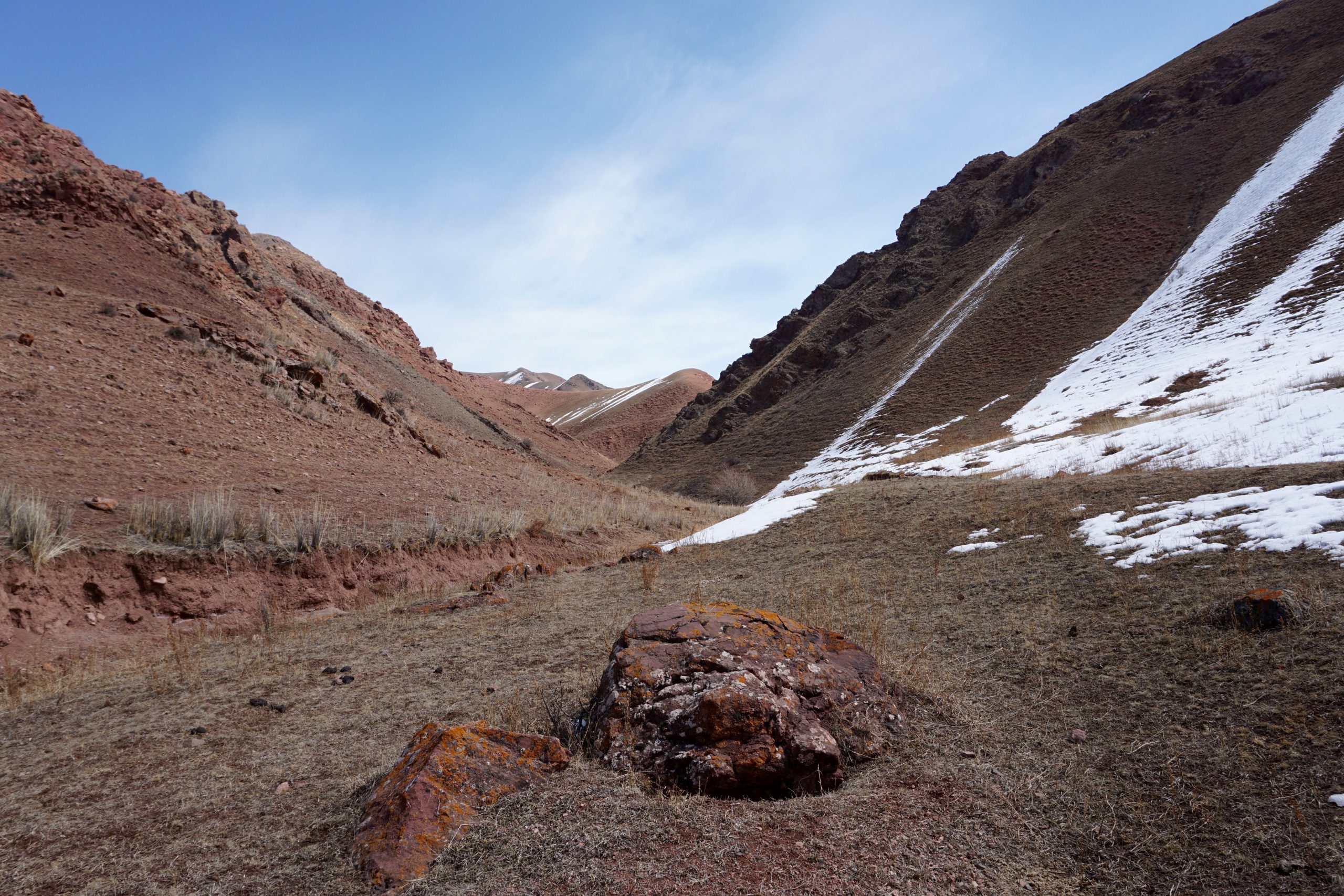 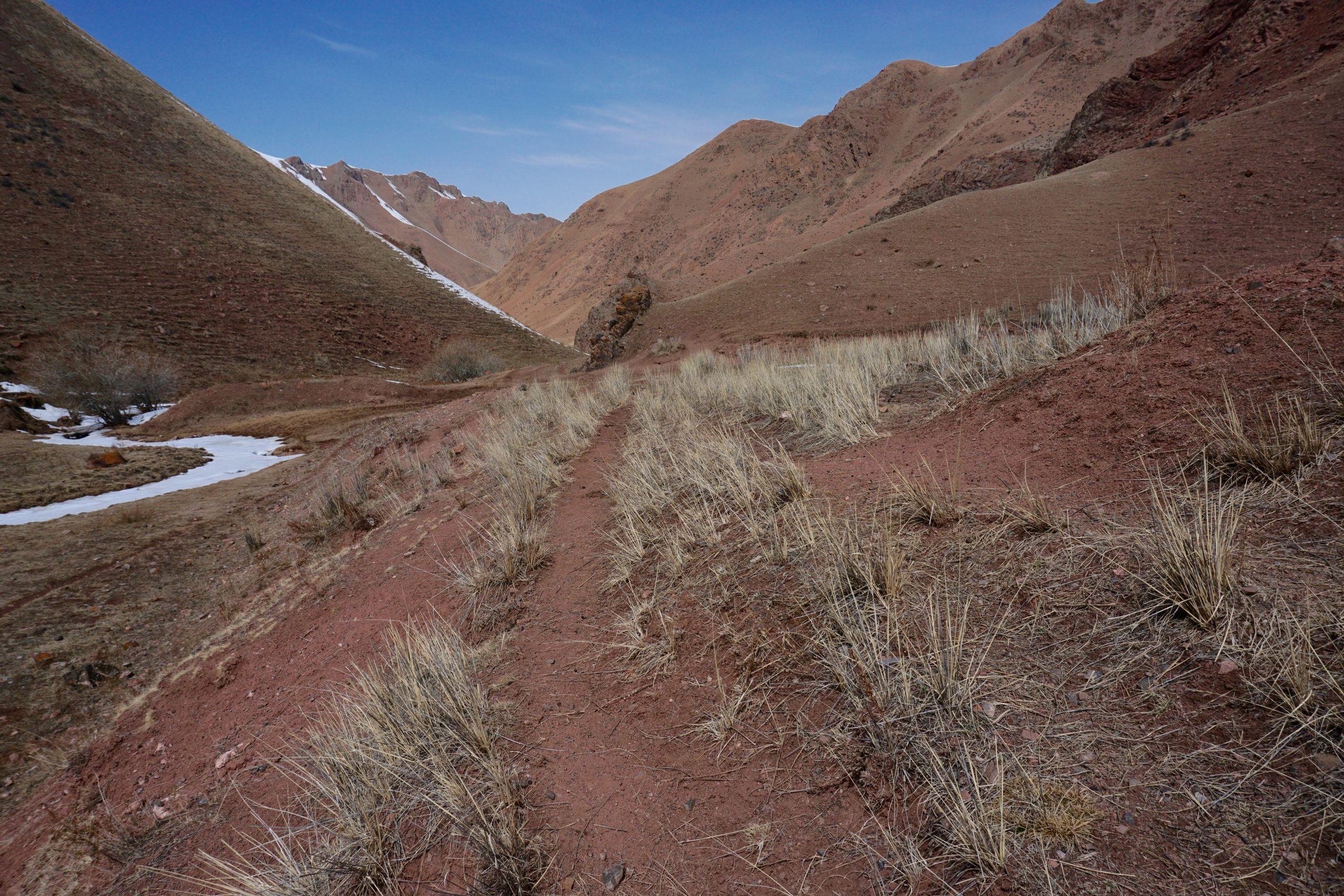 That was a great day! And in the evening I was also lucky: Aitengül had fried noodles without meat – especially for everyone because of me! I was quite touched.

By the way, I am now at Issyk Kul and will soon be starting for a stay at the sanatorium. I assume there is internet there – but let’s see…