Jyrgalan is a small village 60 km from Karakol in the mountains. There is black coal mining here – but only at a very low level. More and more people have migrated to Karakol in search of jobs. Jyrgalan is situated in a super-pretty landscape. They thought about what they could do for the village and with the help of USAID they tried to convert it to tourism. According to the website, this is not done over the heads of the inhabitants, but together with them, i.e. community-based tourism. Today, about 1000 people live in Jyrgalan. According to Rakhat, it is already very touristy there and not so recommendable. I thought I should go and see for myself. It would certainly not be overcrowded in this inter-seasonal period.

There is a Marshrutka to Jyrgalan three times a day. I took the one at 1.30 p.m. The bus station was small and full of Marshrutkas. 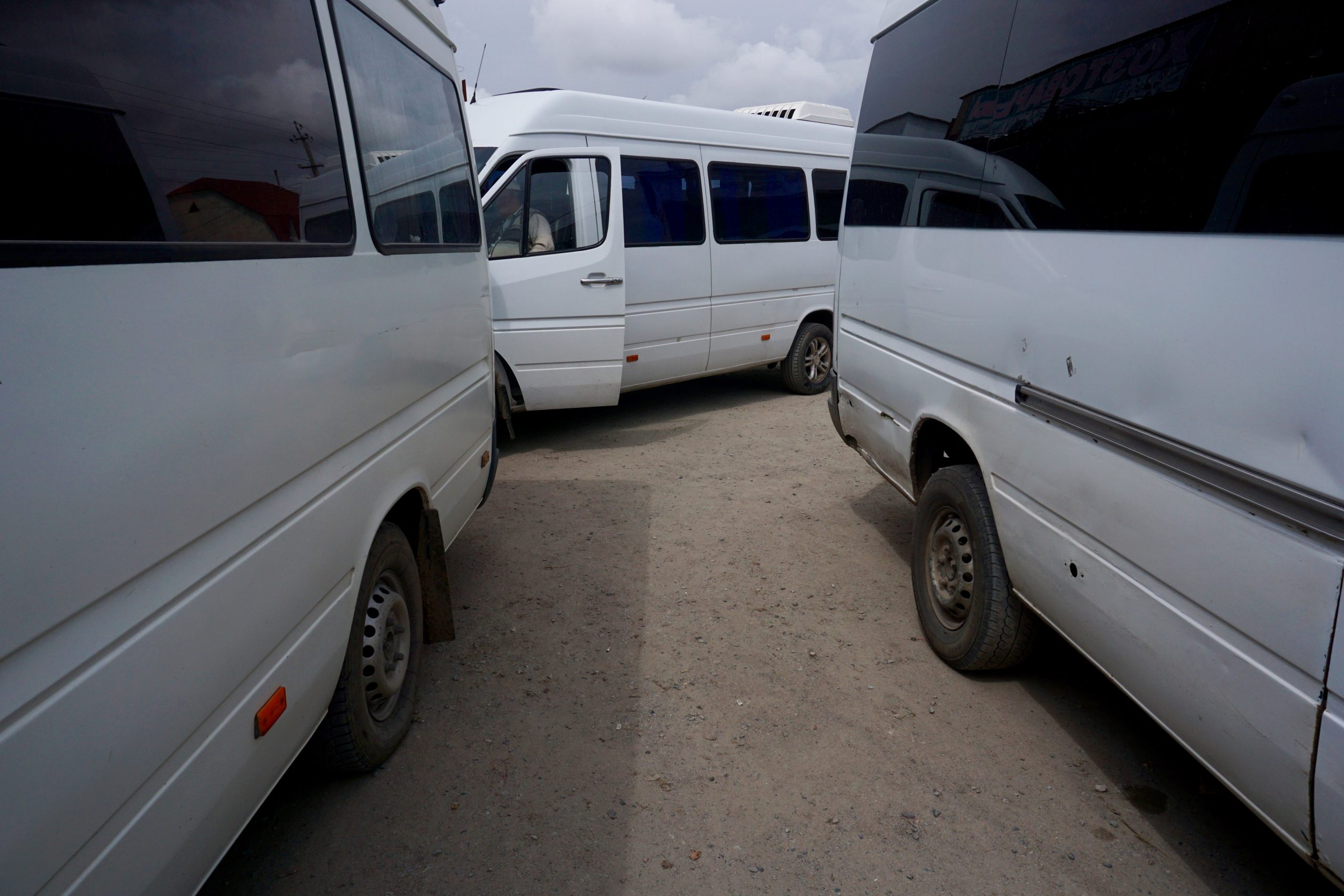 I found mine and sat down. There was still plenty of time before departure. More and more people came with their purchases and chatted. Someone had even bought a whole cake. 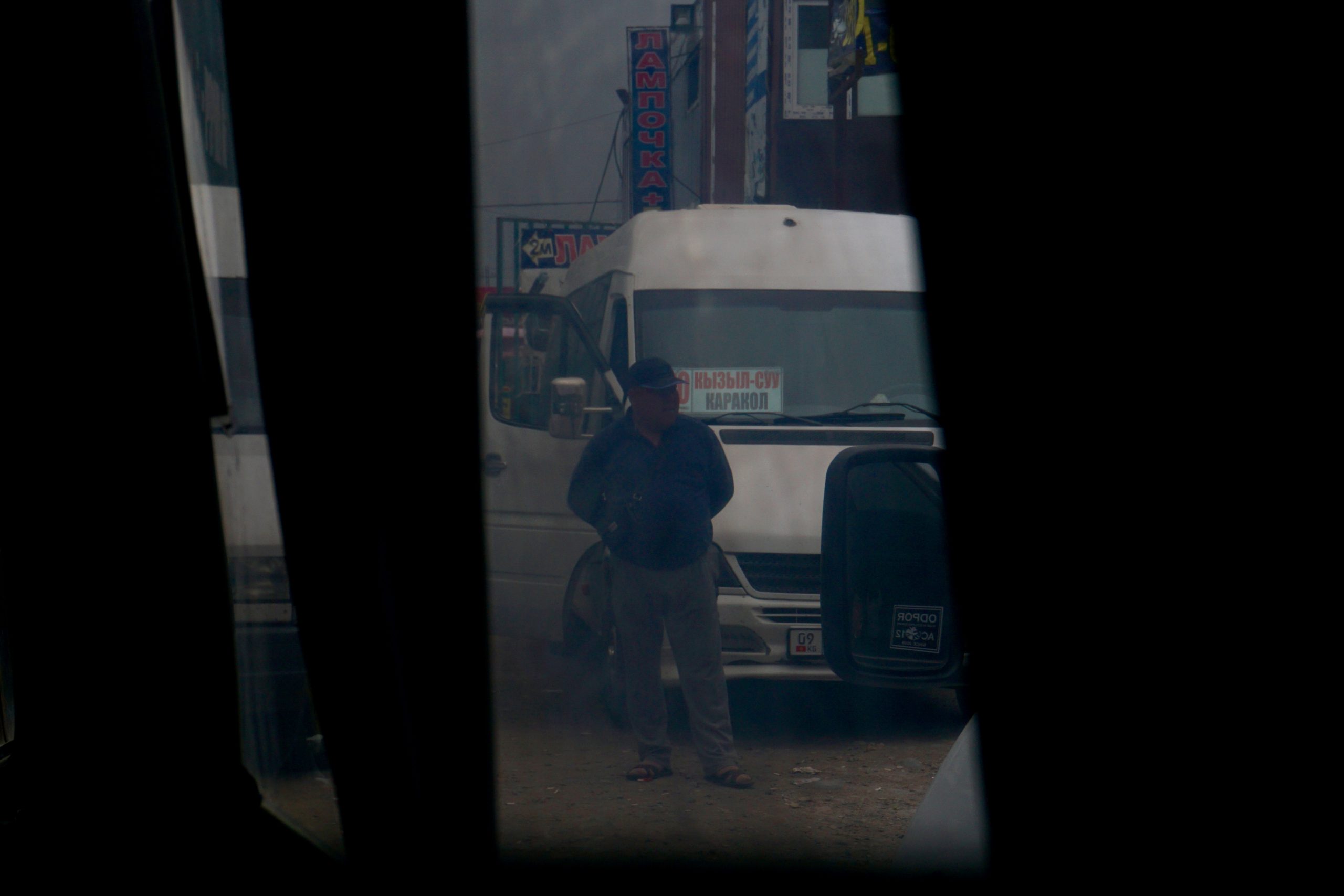 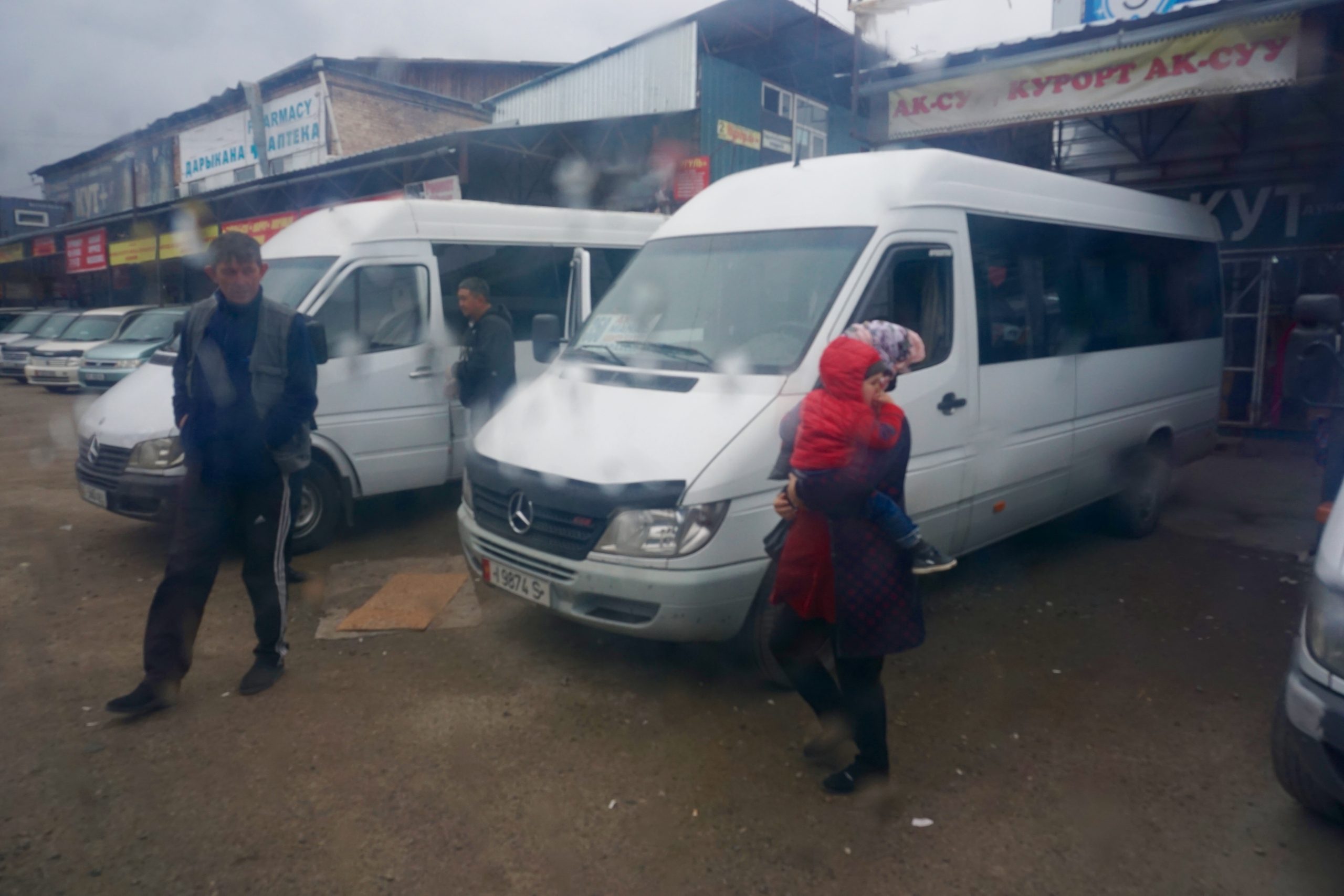 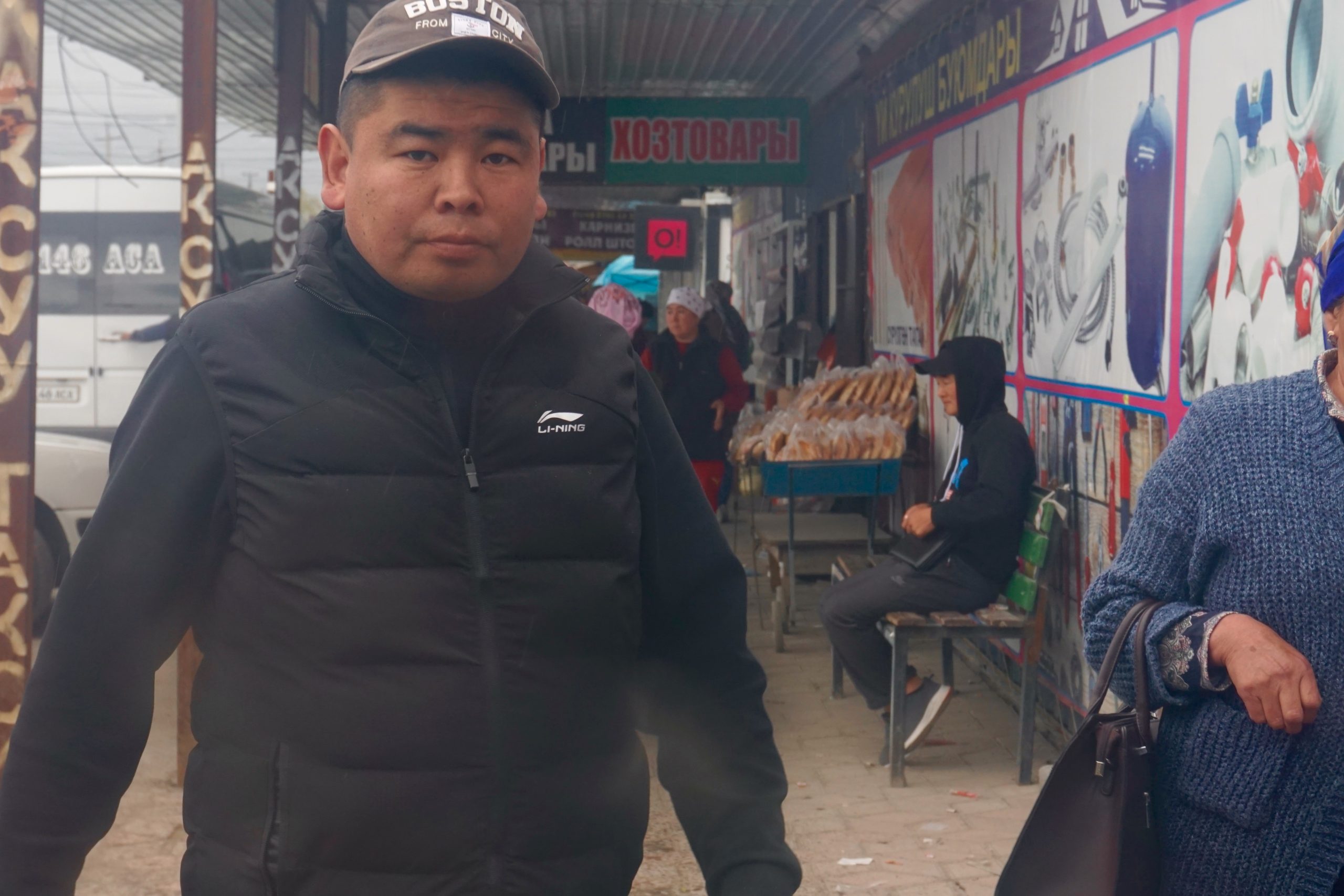 And no sooner had we started than the predicted rain began. First we went along the flat landscape. 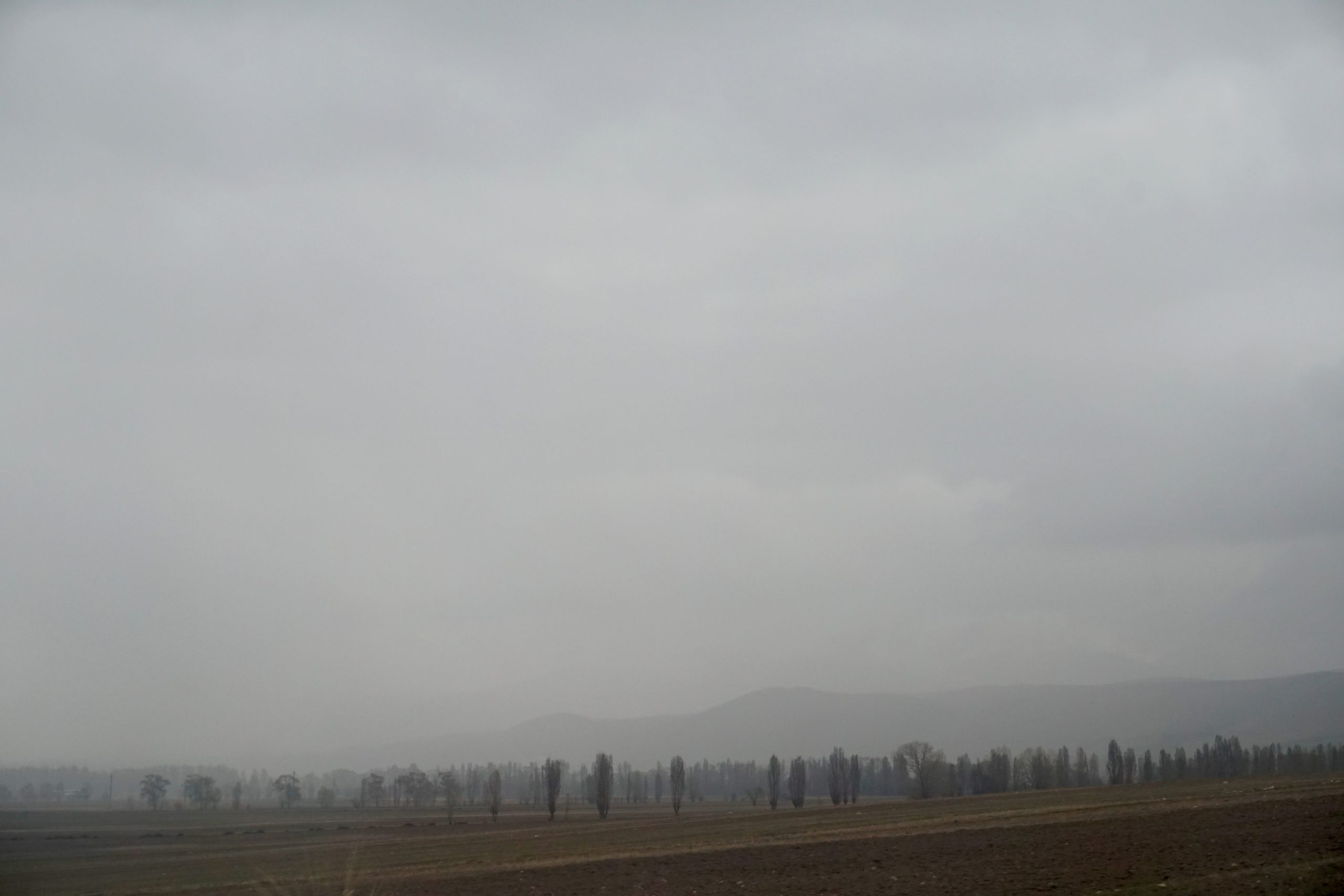 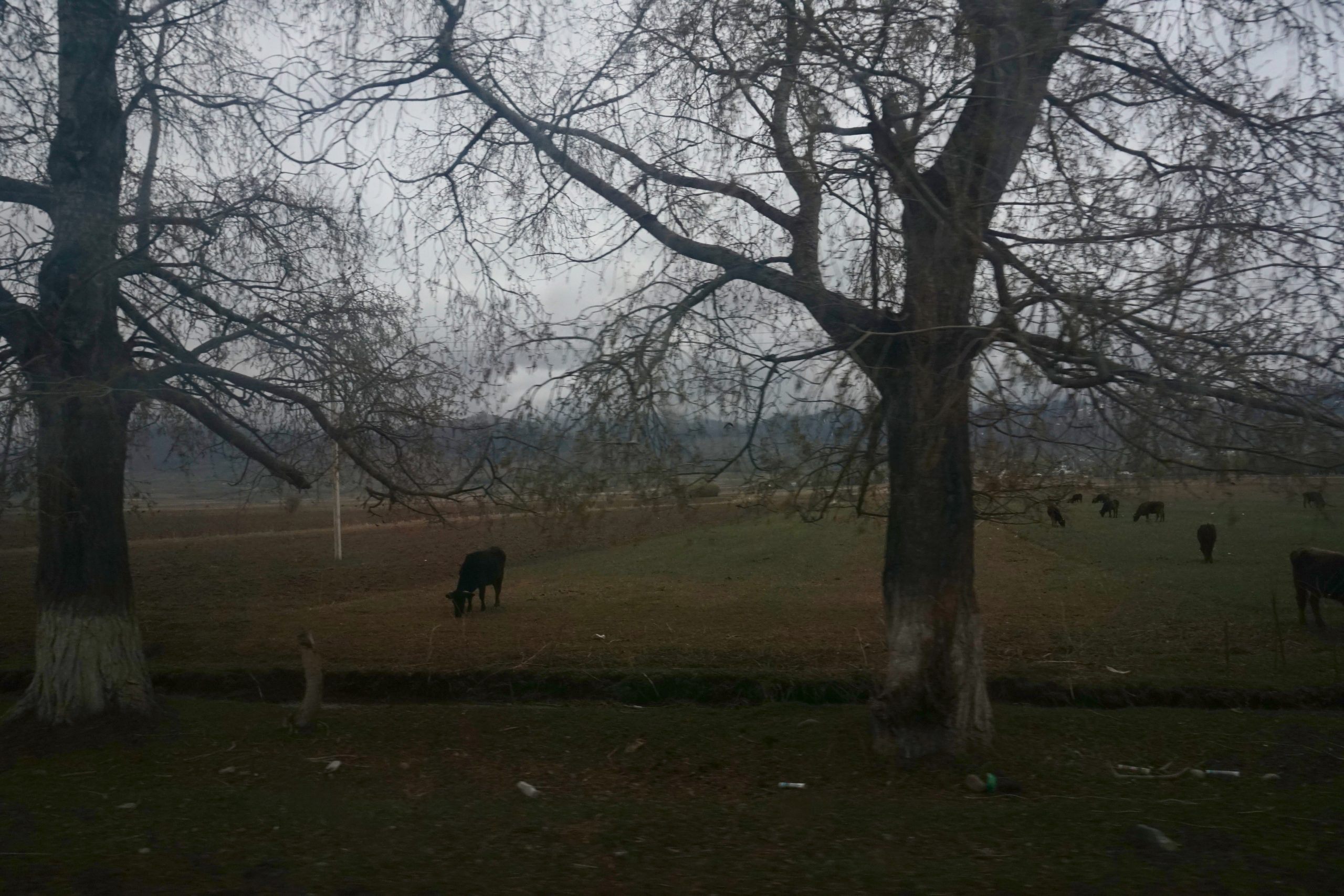 People got off and started walking through the rain 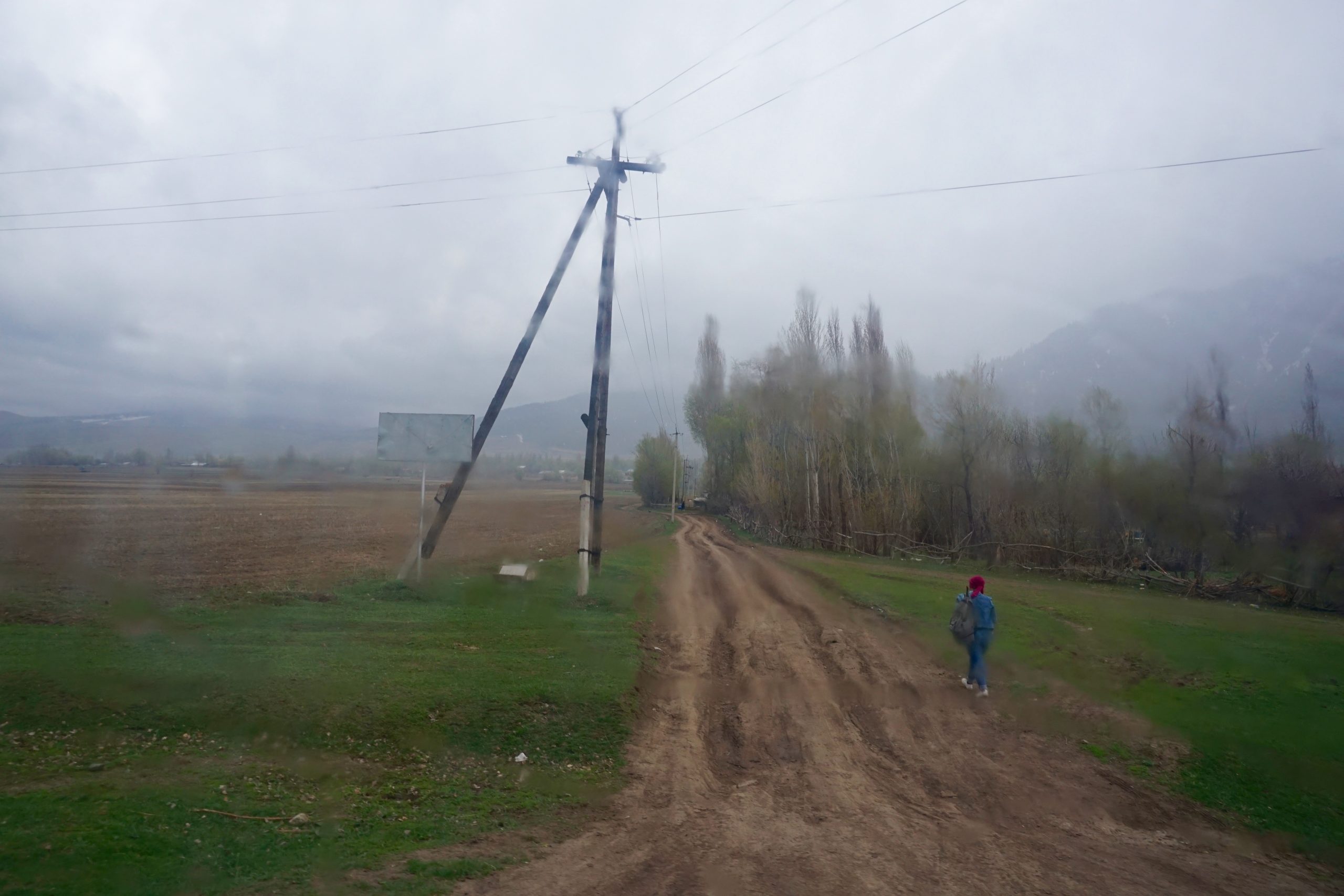 After some time, we headed off into the mountains. The landscape became snowier, the road a dirt track, the rain heavier and the surface muddier. 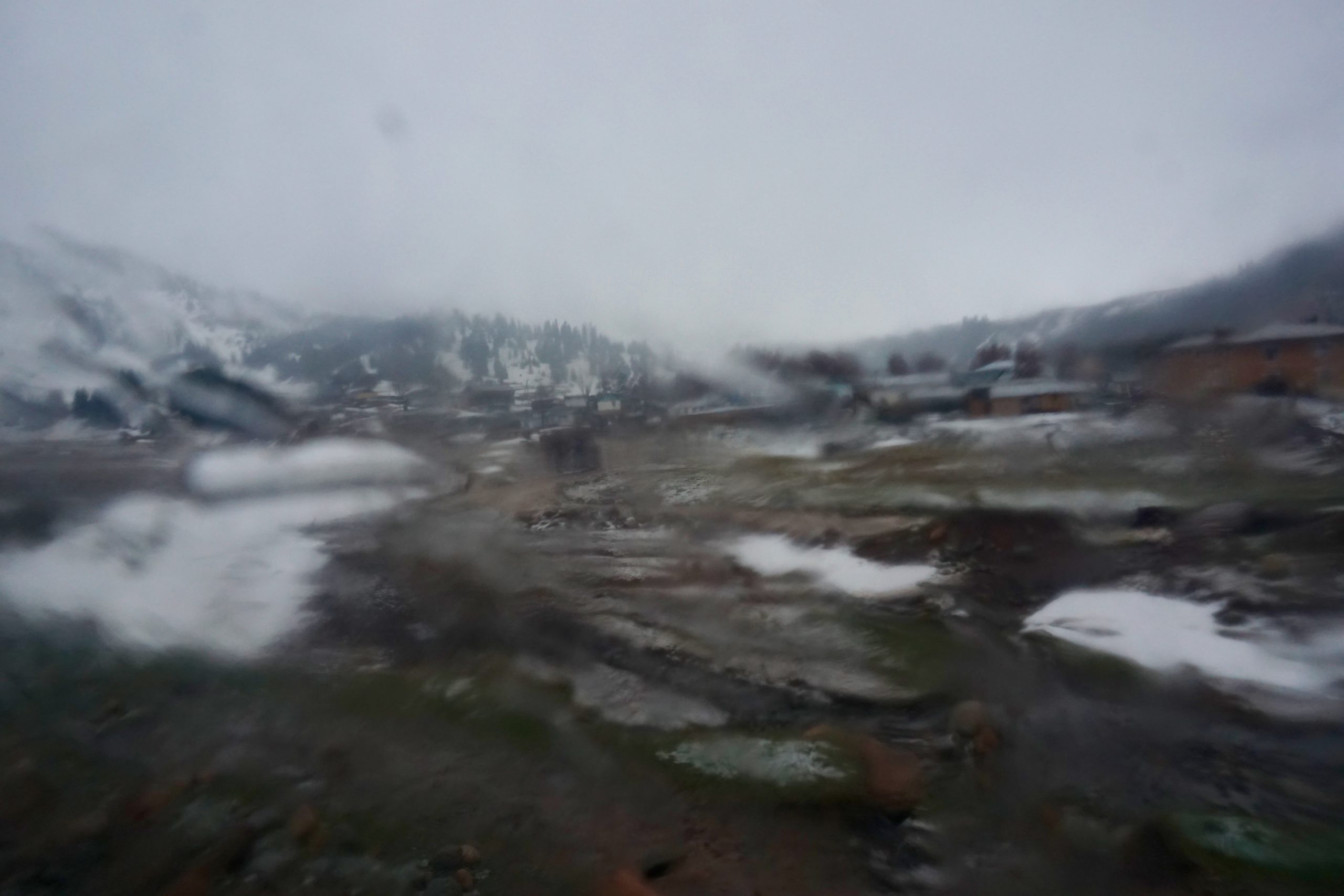 And then I was there. I opened my umbrella and trudged through the mud to my accommodation. It was quite cold and the downpour was partly sleet. It didn’t look like a tourist hotspot. 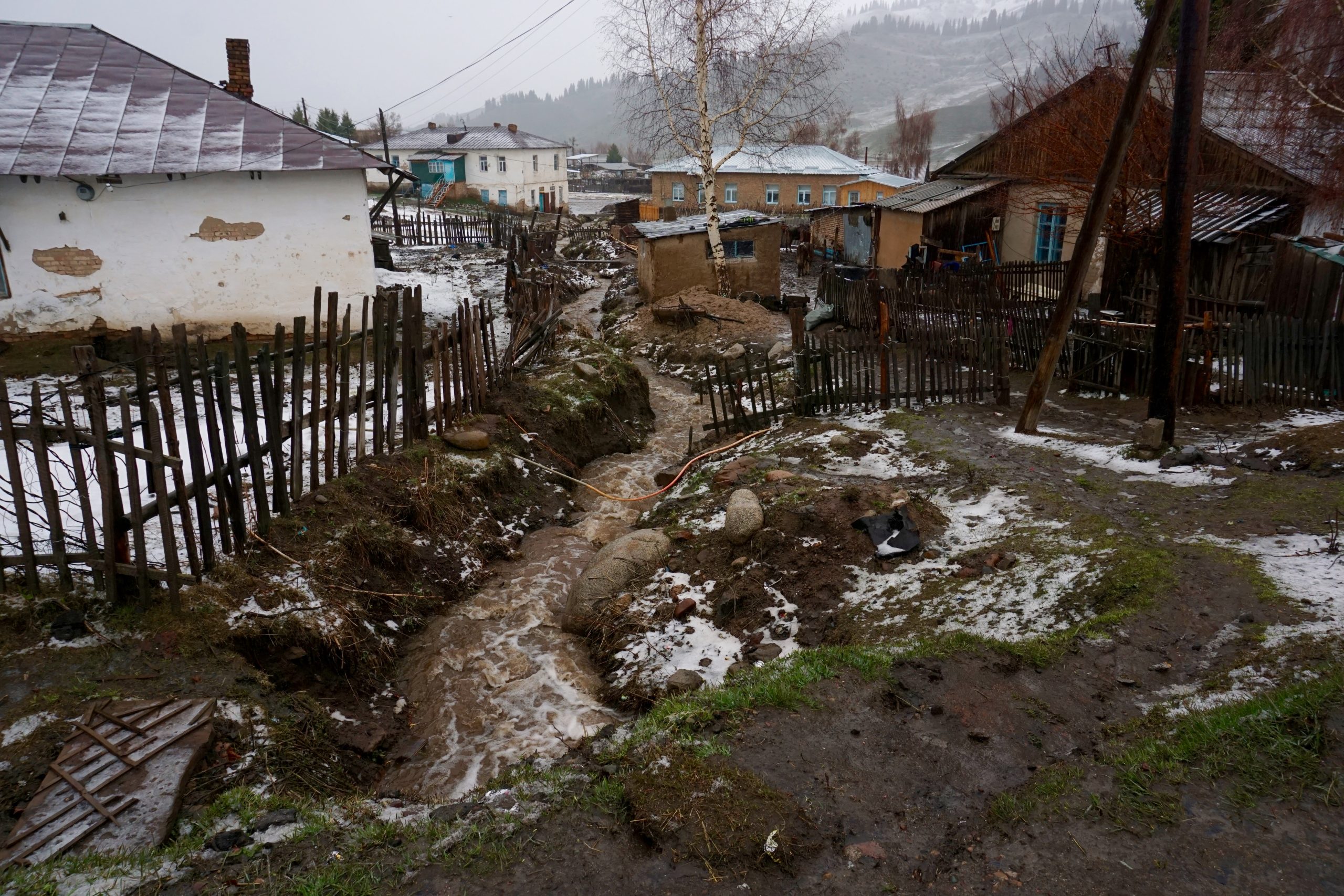 In my targeted accommodation, the woman was just heating up the room. They were nice in the accommodation, spoke no English – and were not very communicative. It was too early to spend the rest of the day alone in a warm room, so I set off for a walk. Water and mud everywhere. 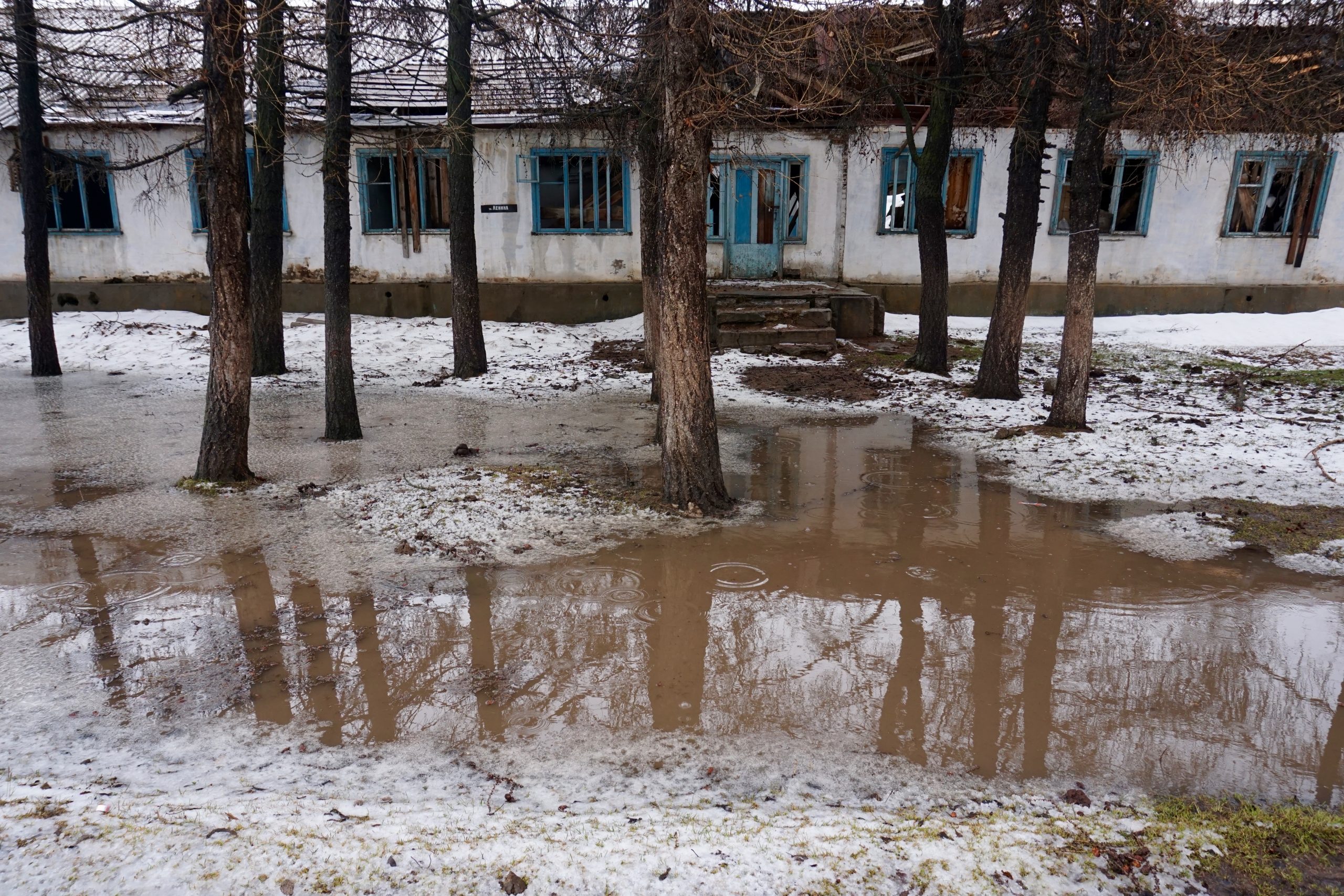 My shoes were fine, but newly formed rivers and deep mud often put limits on my locomotion. At least I made it to some kind of view point and could look out over the village. 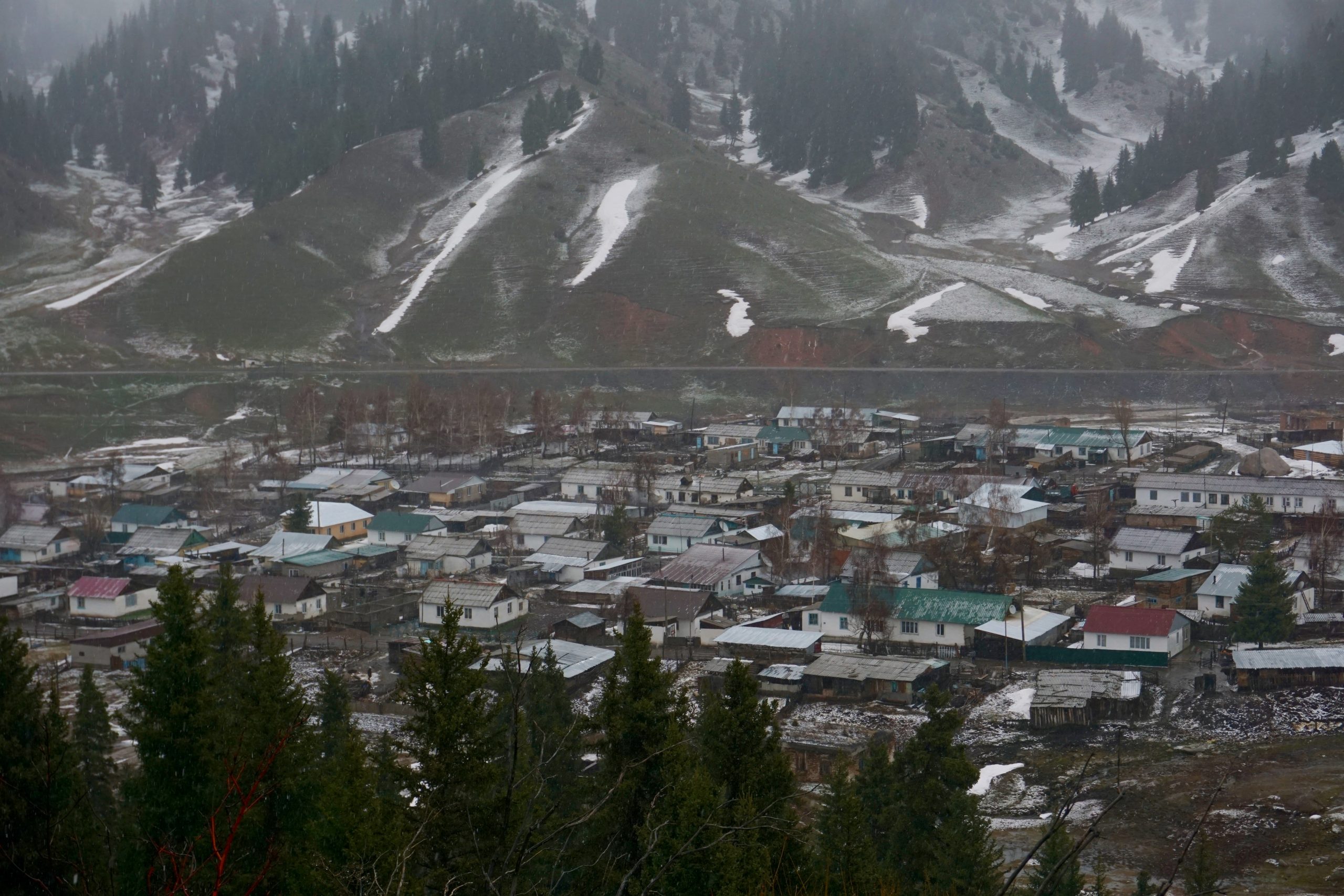 So it had some houses that were not quite in the best condition seen from the outside. There were also various abandoned buildings. Later, the rain became less and I met a few people in the mud. Nobody looked like a tourist, I guess I was the only one. 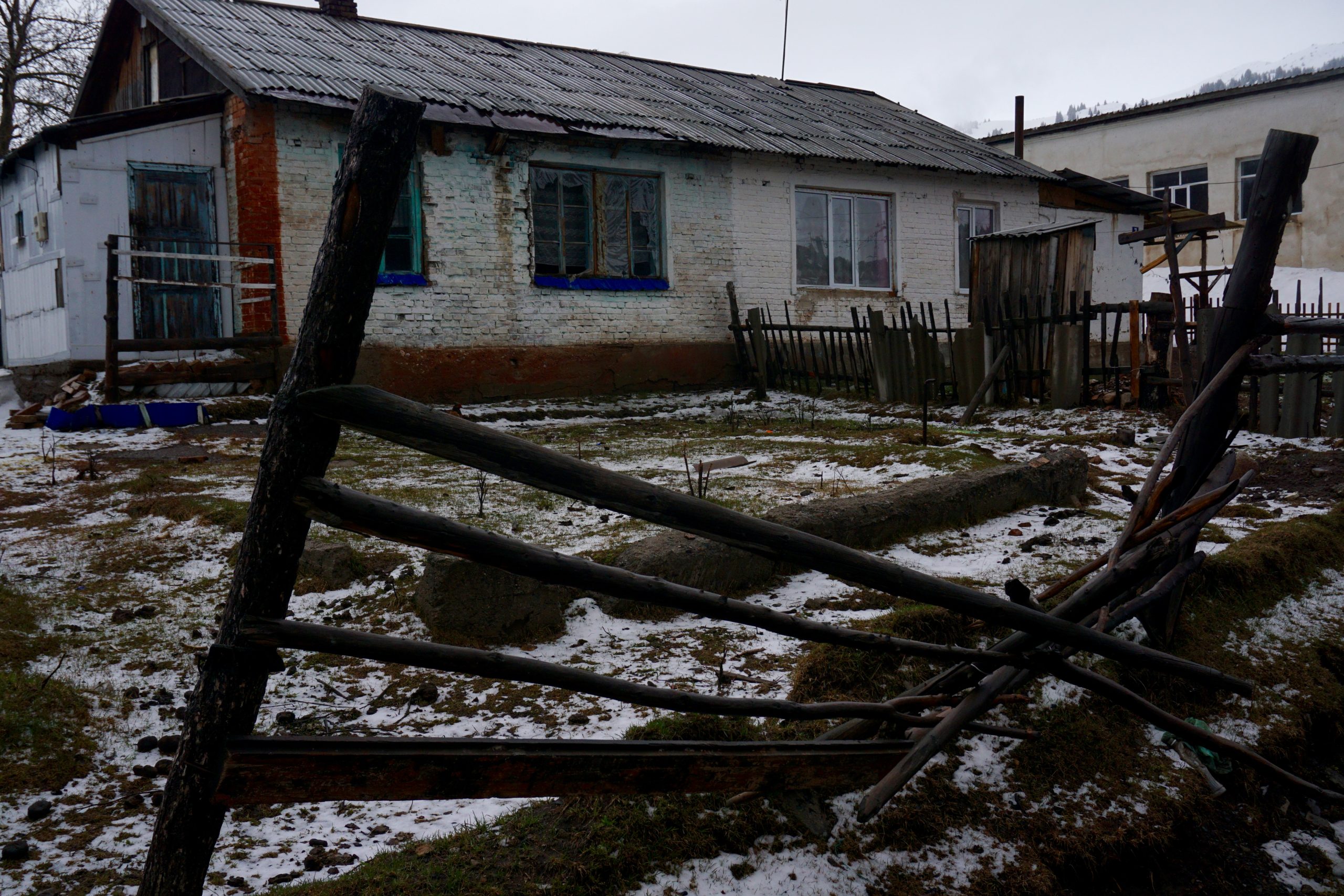 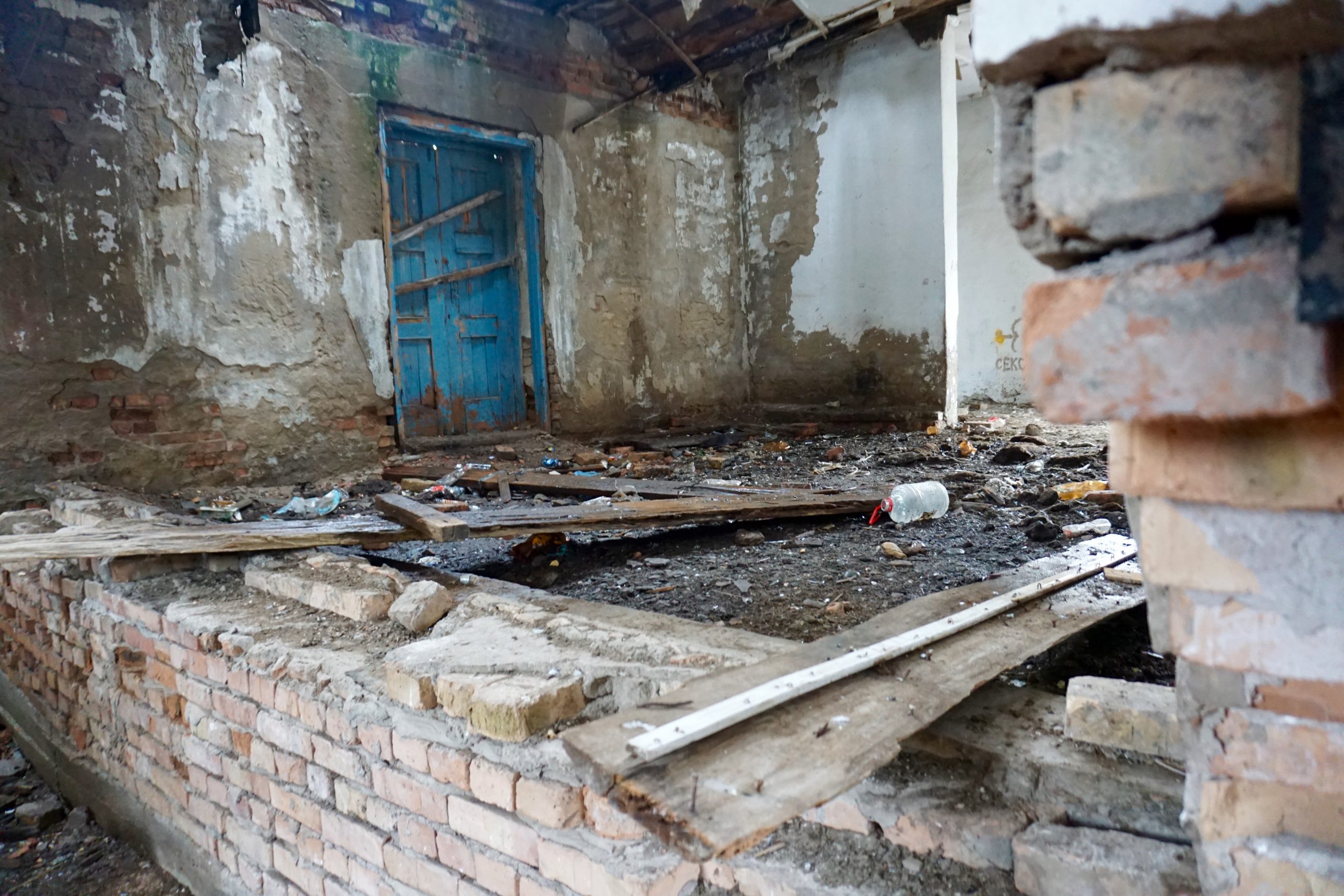 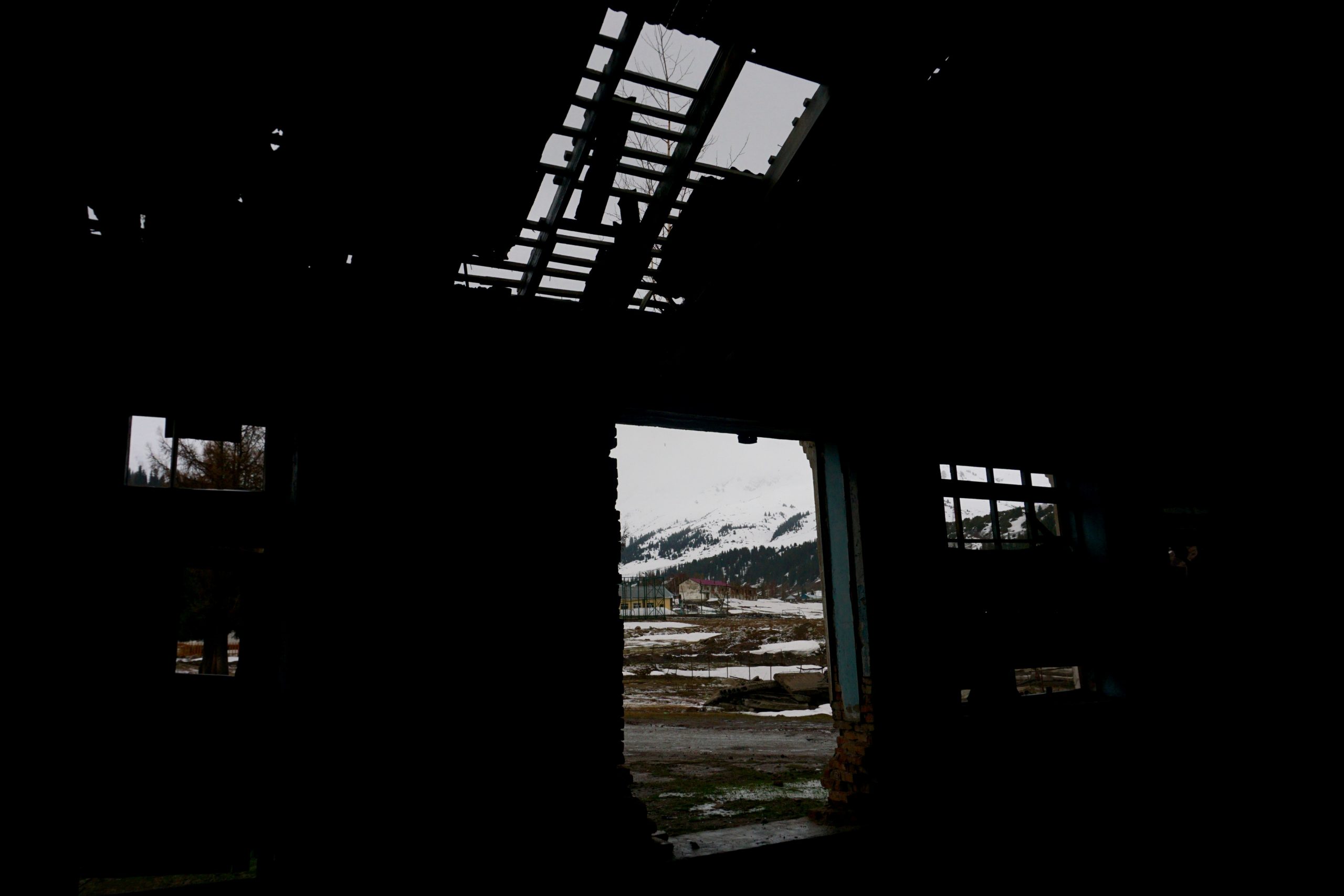 view out of abandoned house 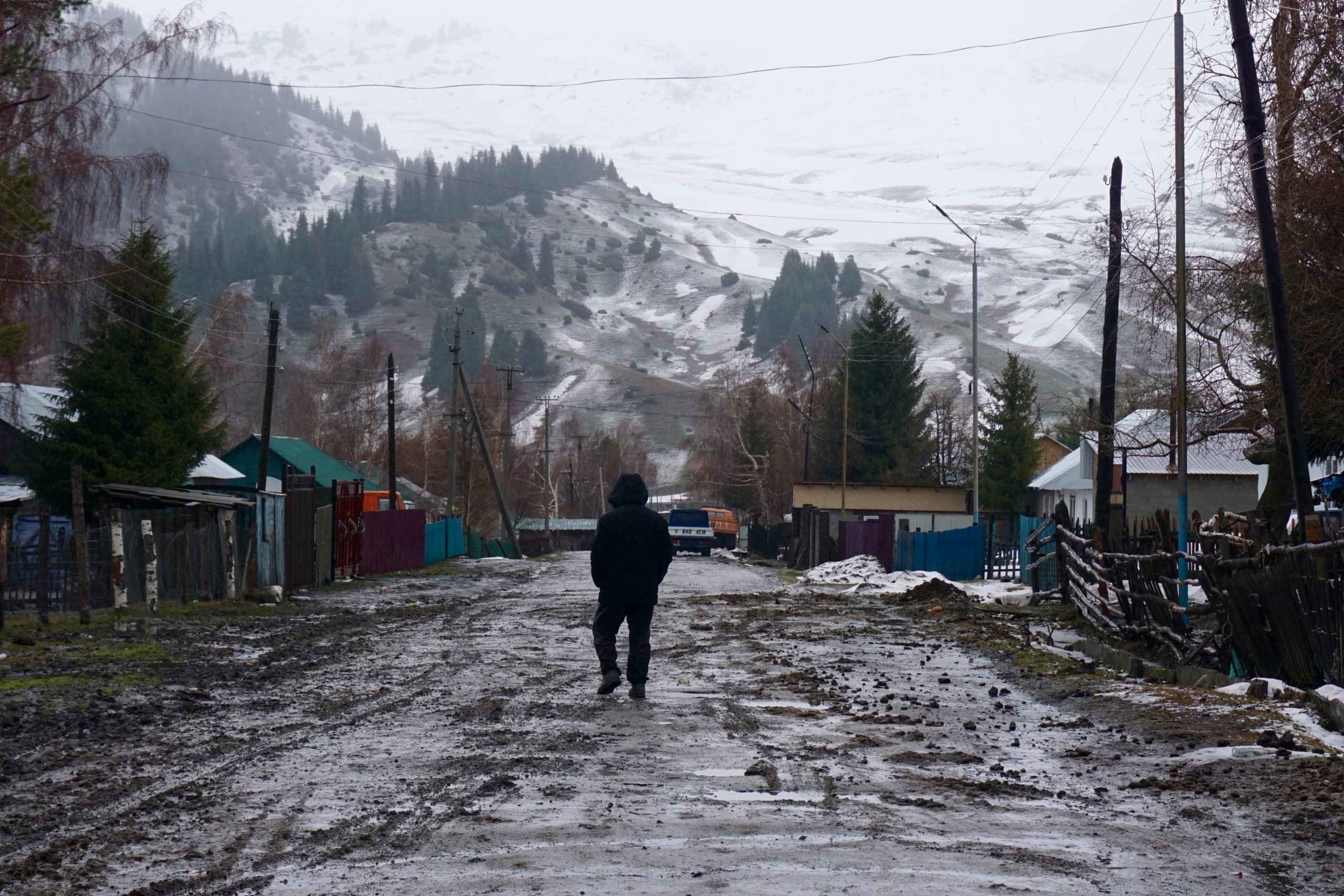 Bright sunshine was announced for the next day – and so I went to bed with hope. The next day everything actually looked quite different.