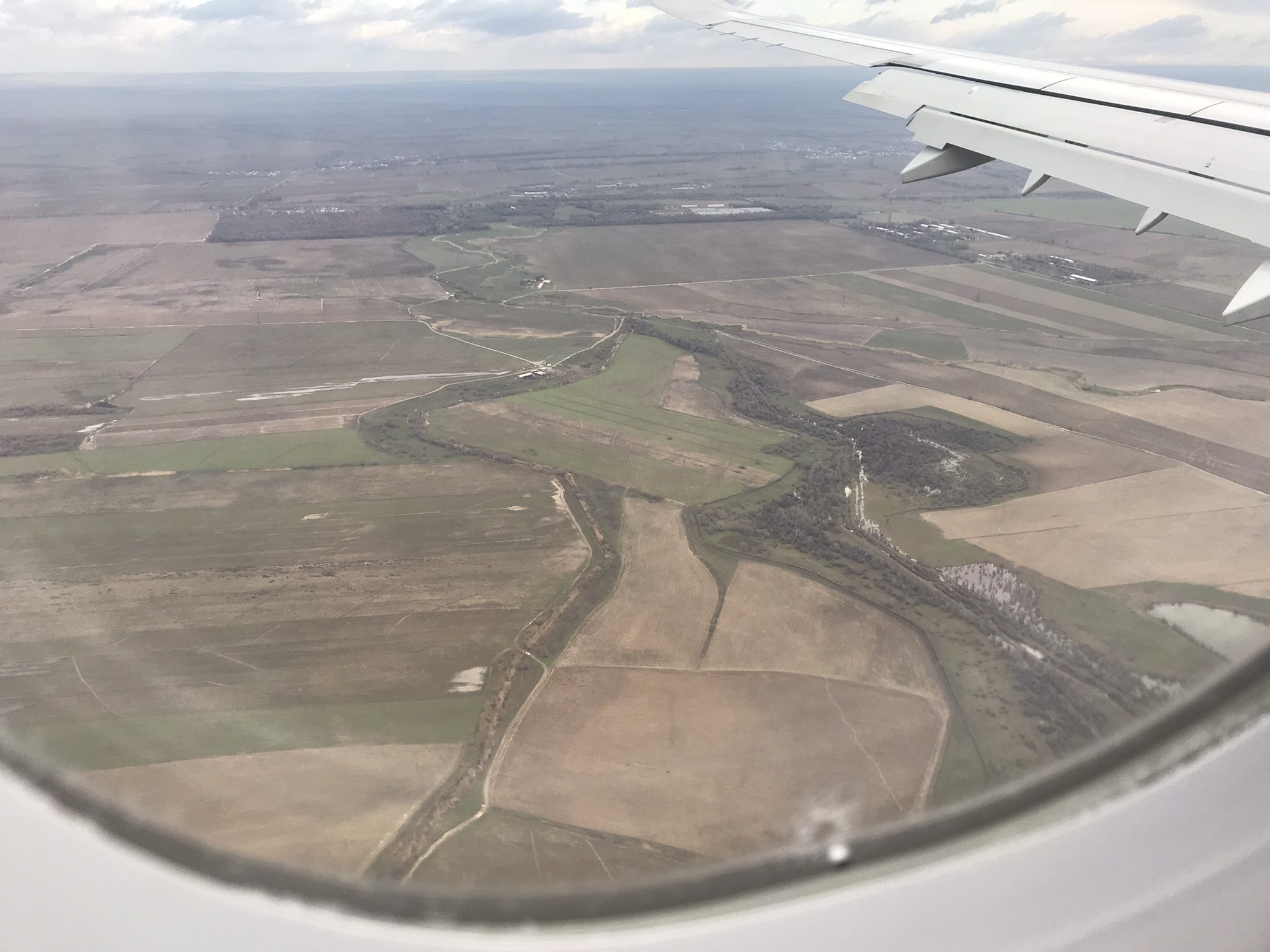 Shit, shit, shit, what worked fine in Armenia doesn’t work in Kyrgyzstan (yet): transferring photos from the camera to the iPad. Has something changed, is it hopefully just the memory card that I didn’t use last year? I’ll keep trying.

Anyway, I arrived in Bishkek. Dog-tired. A big plane flew into Istanbul and made my eyes wonder at the great splendour glittering around the airport. Then I was crammed into a small full plane and sent on an overnight flight to Bishkek. That was an exhausting night, I was not blessed with sleep.

As we approached Bishkek, I almost thought I was on the wrong plane. It was flat and grey beneath me. Where were all the picturesque huge mountains from the internet images? My eyes fell on the airport building: old, rancid, grey and Soviet-looking, it was the right one after all. After being besieged by what felt like 100 taxi drivers, I finally found myself with my pick-up: Rakhat, arranged by a friend. A young man with a rickety car, actually a travel agency owner. But since Corona, that’s nothing and with the Ukraine war even less and they had to sell the company cars. Recently, the price of petrol became 2.5 times as expensive as before (it is 60 cents, but that is not comparable, wages are low and those who receive a net salary of 1,300 euros are considered to be financially very lucky.)

The airport is far from the city. I looked out to the left, I looked out to the right: everything grey, poor and “Soviet” under a lead-coloured sky. Why did I come here? I had told myself that I could only visit such countries in small doses, with plenty of time in between. But that’s not how it’s supposed to be, I guess, and I’m just trying to catch up on some of the things I’ve ignored for decades on the other side of the Iron Curtain.

But this time it was different from Armenia or then Georgia: I had and have someone to talk with and thus I will be able to deal with and learn much better.

We first went to a breakfast place and I was amazed by the delicious fruit tea. Better than ours! (But there was also coffee). After that, in very short order: check-in, about 1.5 hours of sleep, many kilometres in the city, lots of snaps, lots of amazement – and now I’m so exhausted that I won’t be able to write a proper blog entry, my eyes are about to fall shut. I hope I can solve the picture problem tomorrow. Above is just a mobile phone photo from the plane – that works.

And I wanted to express at least verbally the first thoughts.