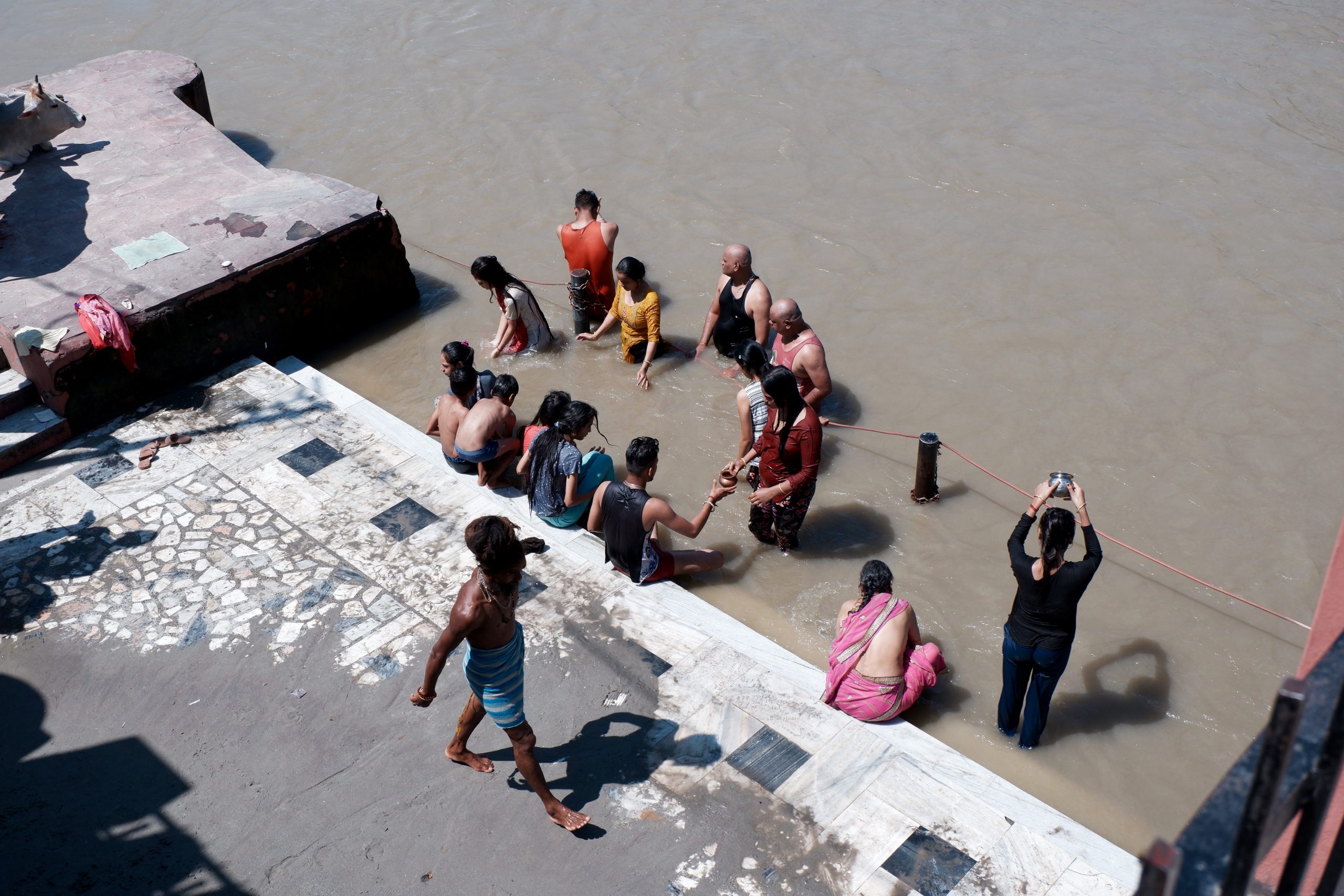 My third day in India continued with meetings with people. Actually, there was only one new one: the local travel agent Hari. He invited us to a coffee on the roof terrace of a hotel, talked quickly and a lot and hurried away again shortly afterwards. A Mr. important-important who did not win my heart at first sight. 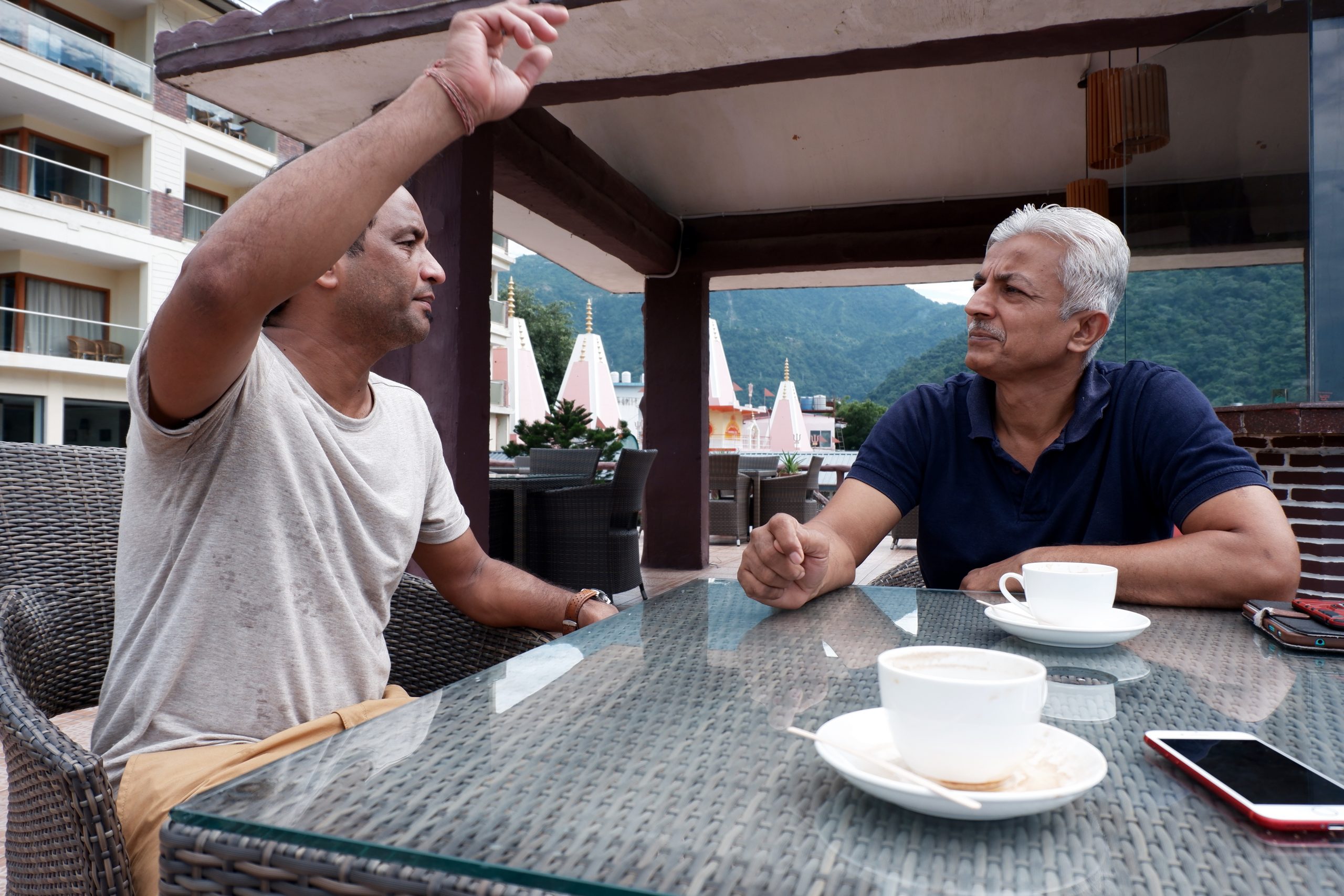 Then we thought about renting a scooter here directly for Prashant, but that didn’t work out. The rentable scooters (also called Scooty, which I like better) have a number plate on them, where the police can see immediately if they go outside their permitted area. This is a 100 km radius here – but we wanted to drive 200 km. Hari promised Prashant a Scooty with the correct number plate, but he only got it after dark.

Prashant wanted to work on his laptop and I went with Binodh to see what Rishikesh looked like. For orientation, there are 2 bridges, Laxman Jhola + Ram Jhola, which connect the Ganges side with the big road with the side where only small vehicles drive and where mostly the believers stay. Laxman Jhola was unfortunately closed for repair work. So we walked along the big road for quite a long time, then across Ram Jhola and were actually already quite tired and sweaty by then. 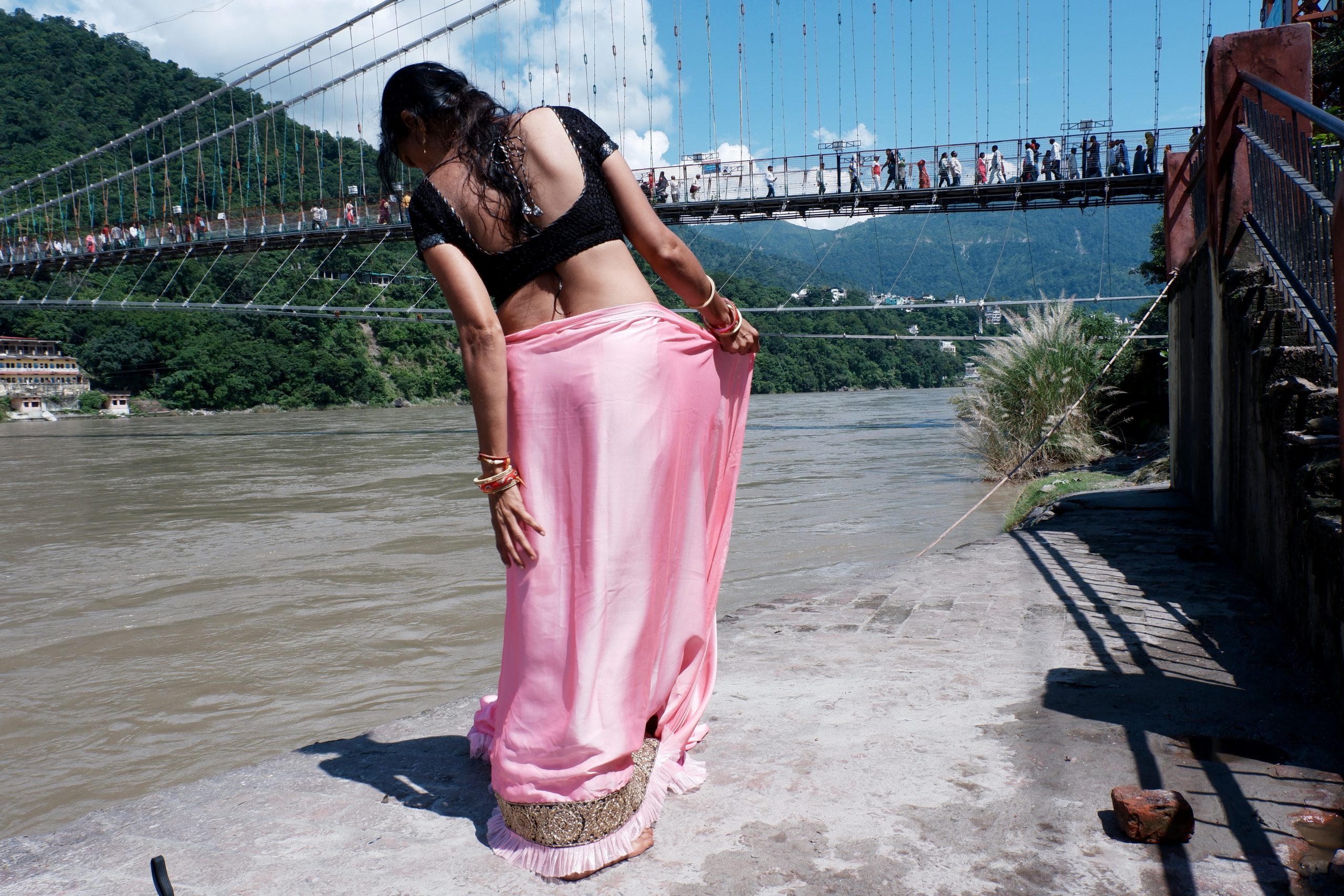 view of Ram Jhola and woman from the back

Nevertheless, we had to look around a bit, of course. The Ganges was full of fast, grey water. At one point there was this man who was diving for coins that people would throw in and thus sacrifice. When you throw something in, the bad luck should disappear with the water and make way for good luck, which will happen to you. The diver assumed that he would have wonderful luck if he found coins. 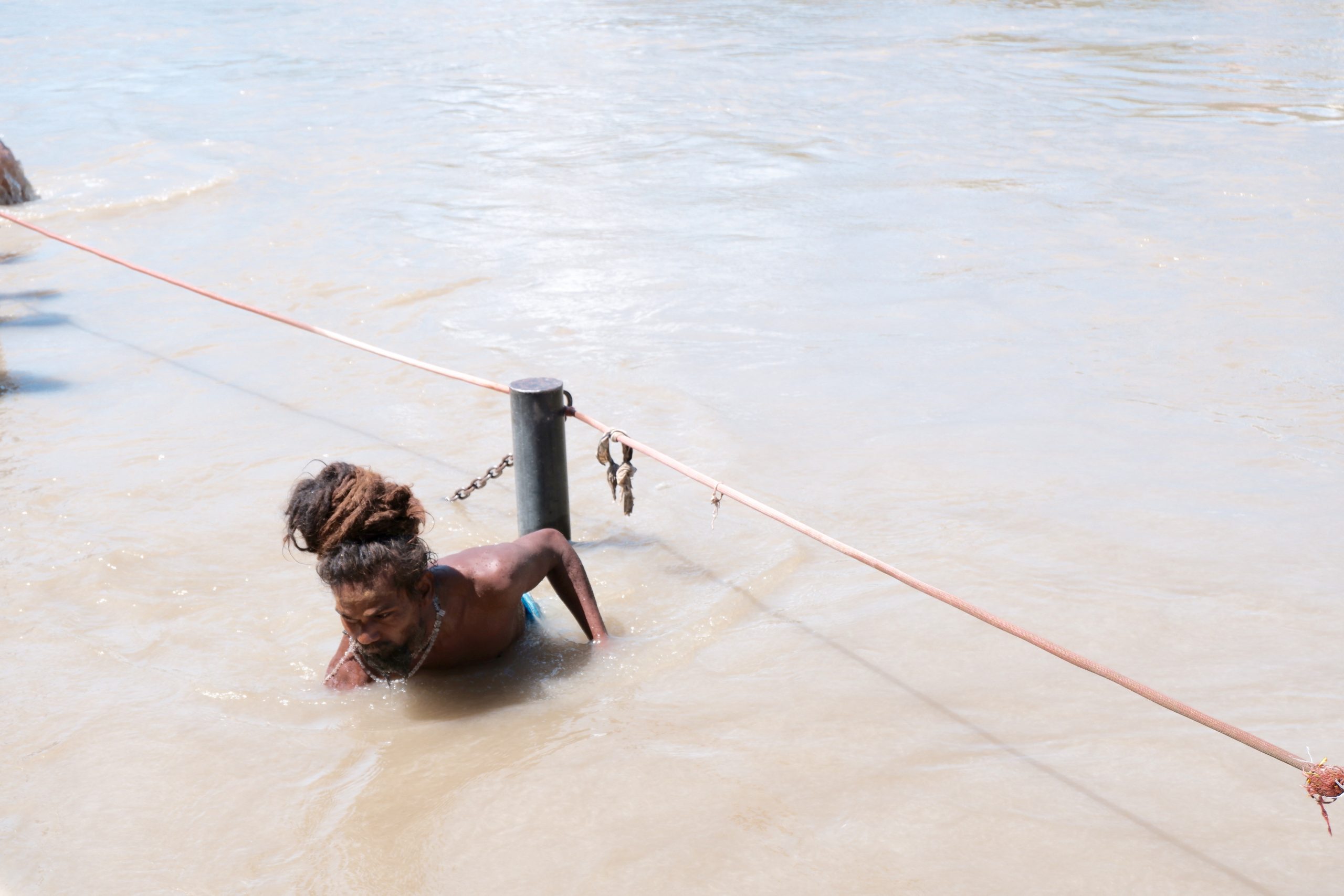 The water was quite cool, so I kept my feet in. There were not many people in the water. Maybe because of the strong current. 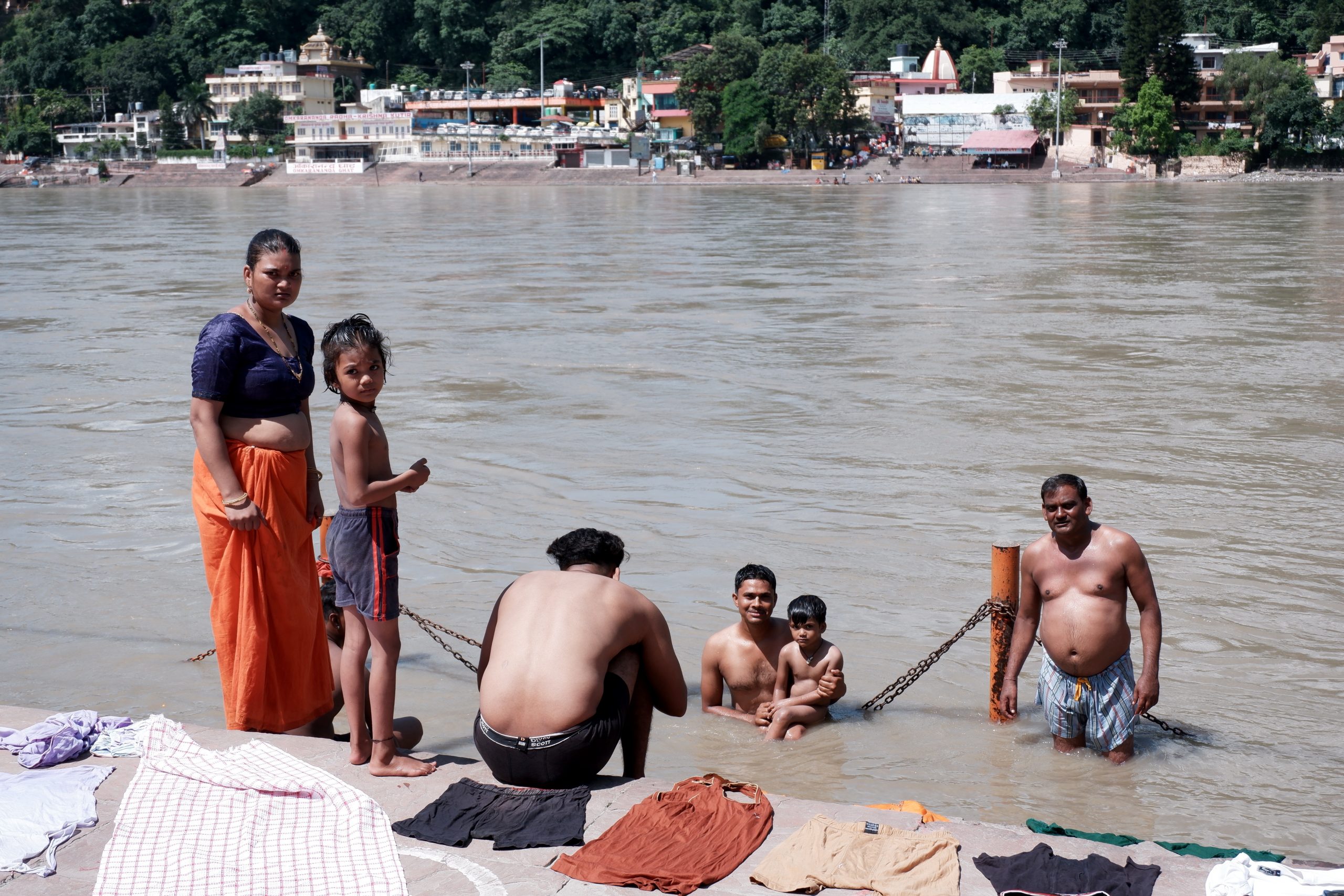 There are these steps for the water-willing (called ghats), temples and an alley with shops, etc. There were not only people there, but also cows, of course. 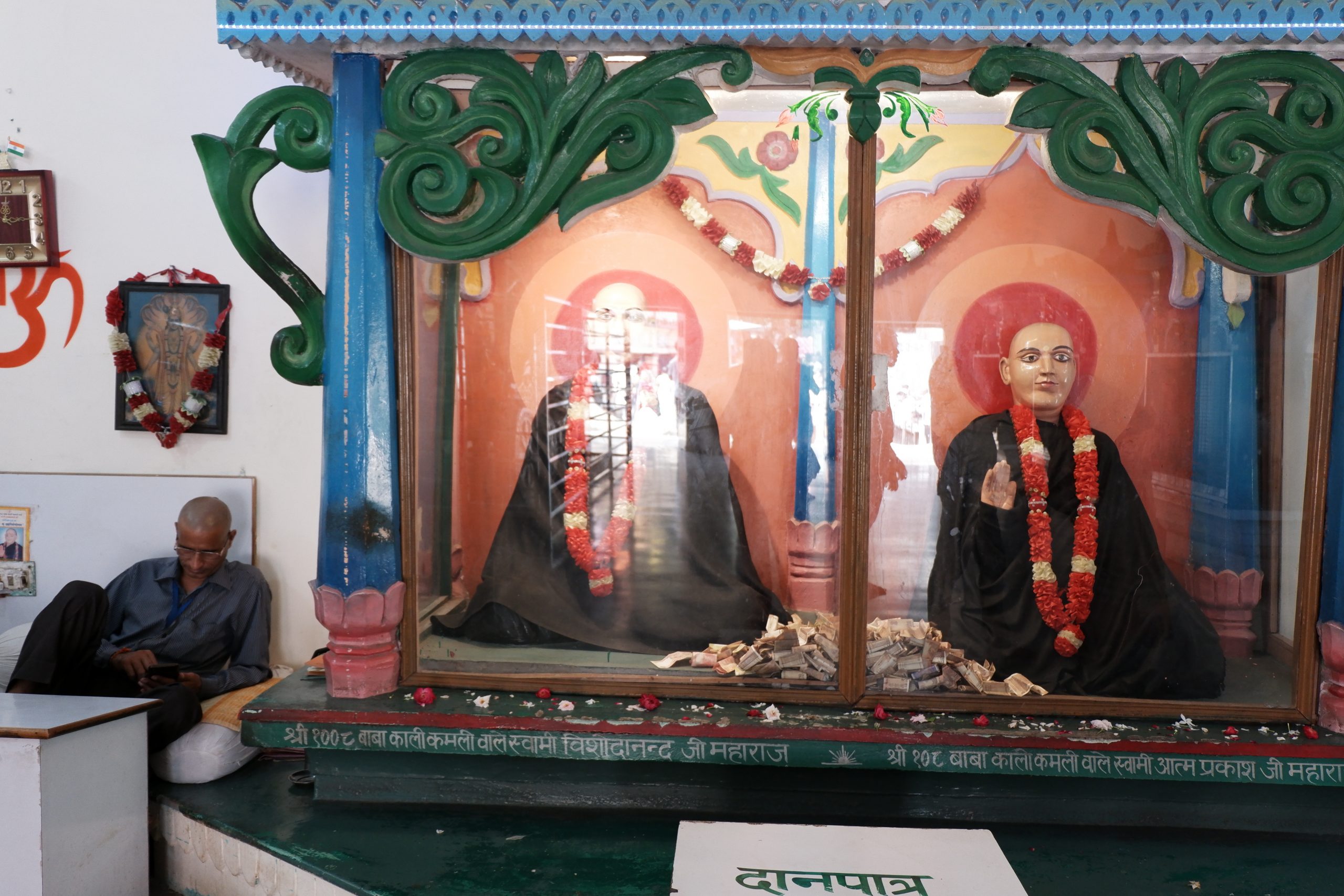 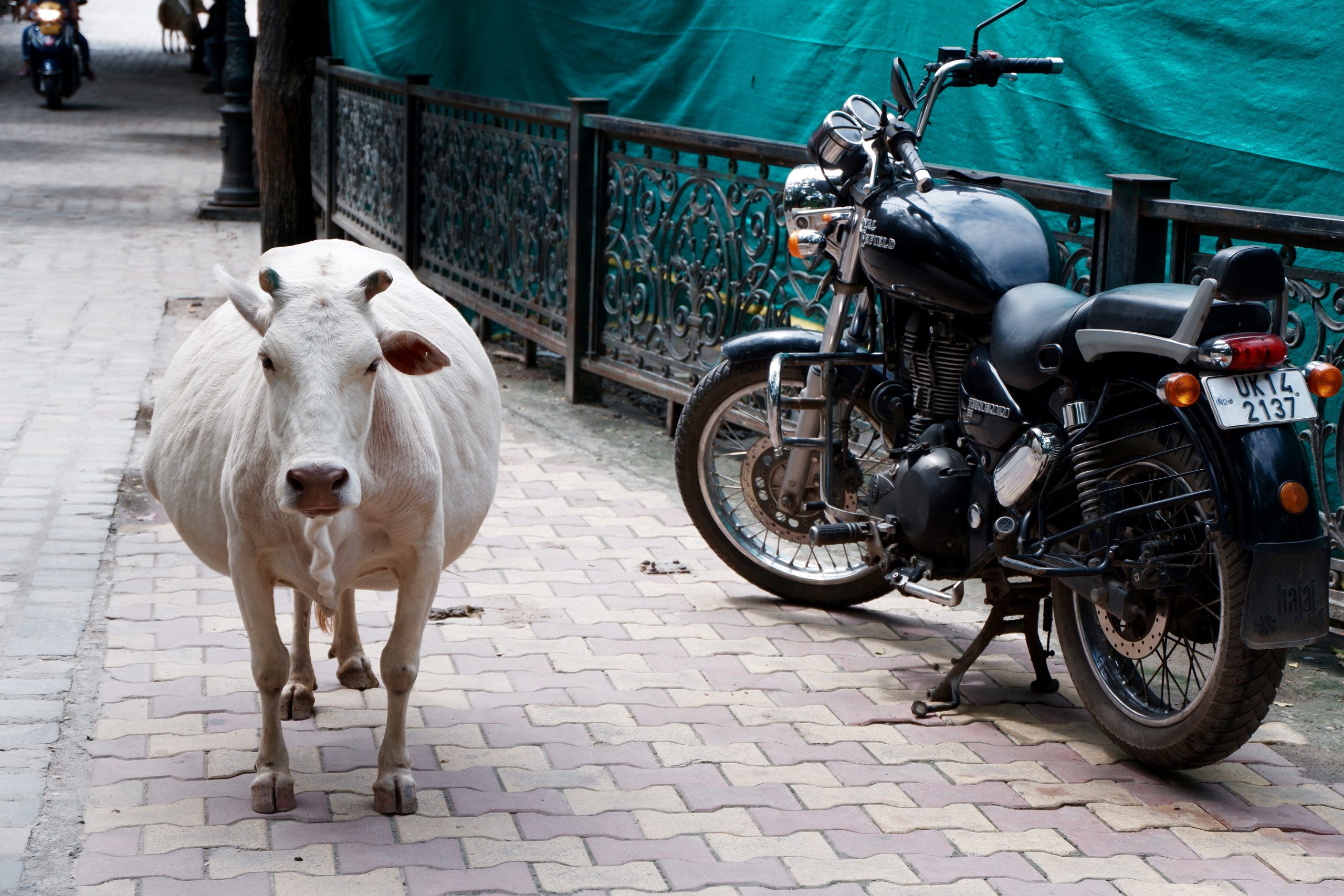 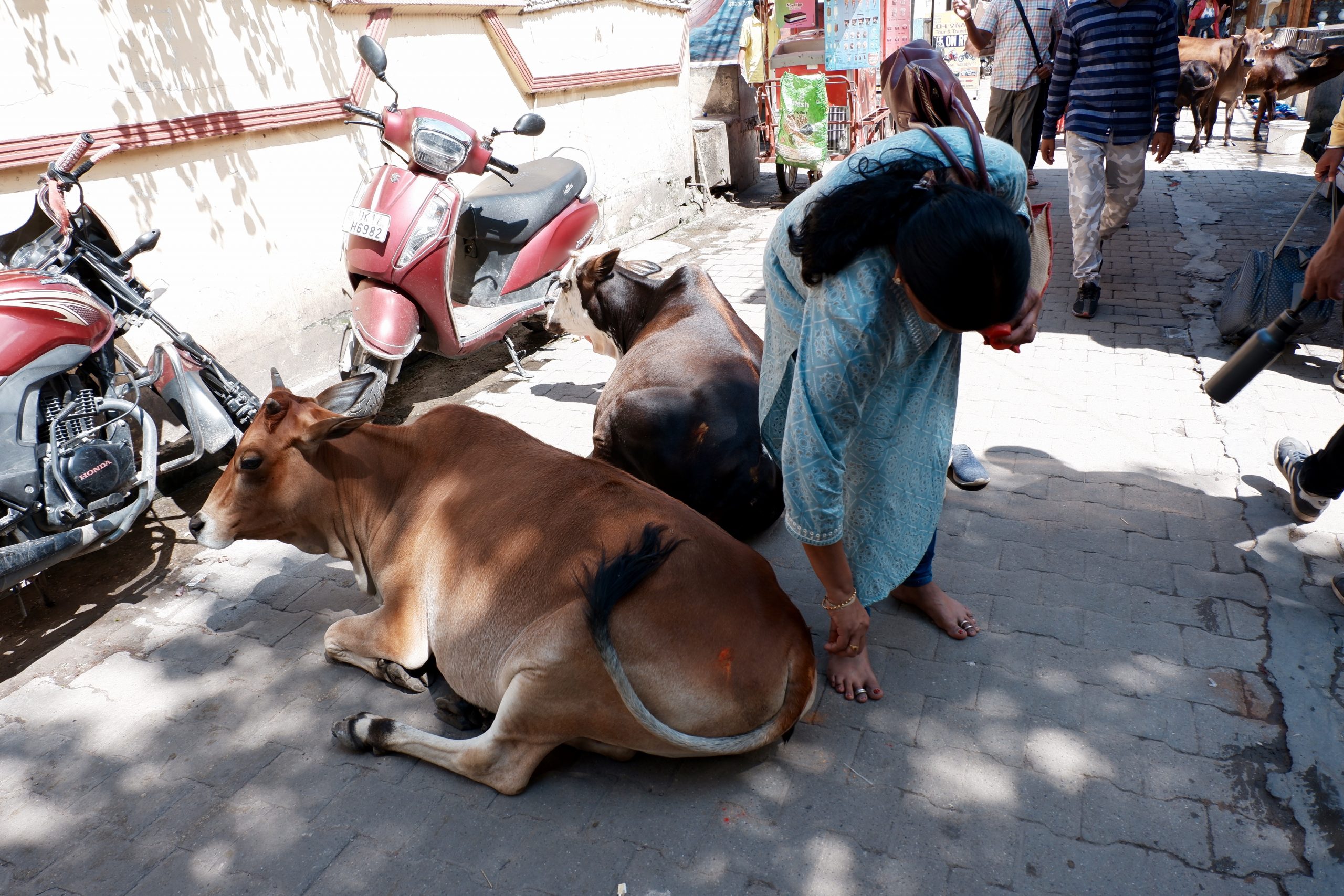 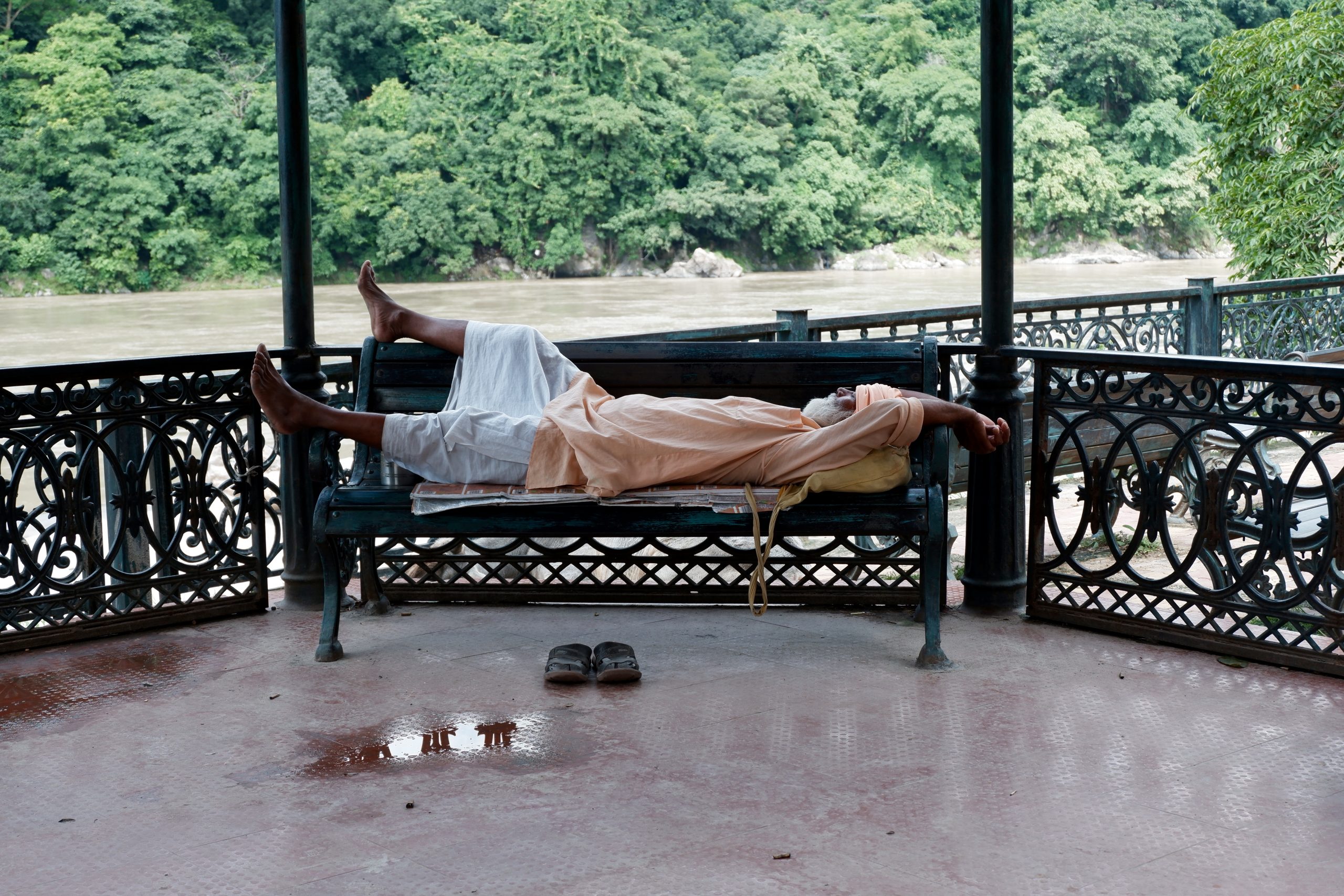 There was also a beach but at least for us too hot to stay. 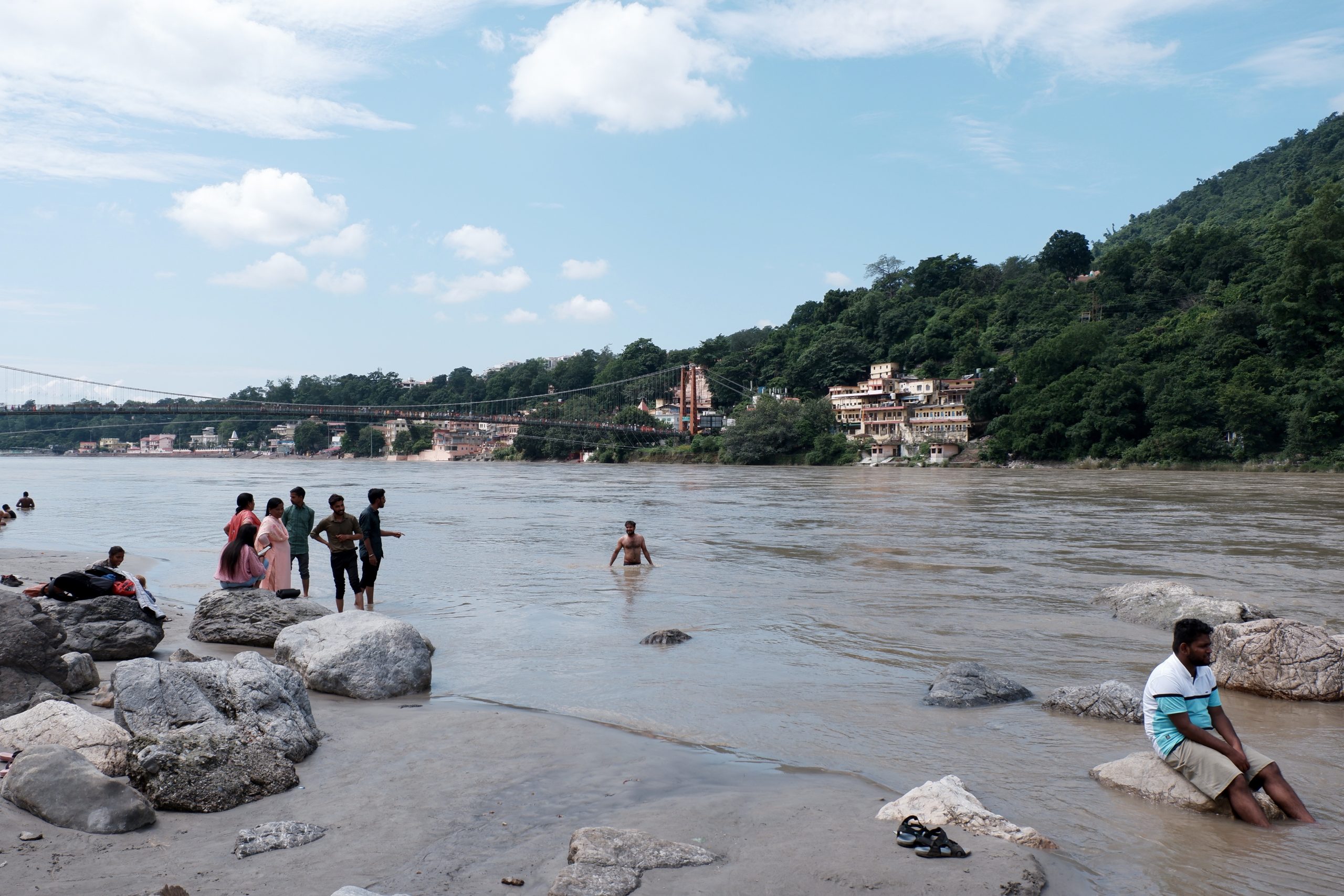 Instead, we went to the restaurant Chotiwala, which a friend strongly recommended. Or rather, there are two such restaurants next to each other. In both, an obese, head-shaved man with make-up sits on a raised chair at the entrance and has his picture taken with or without people. What a job! 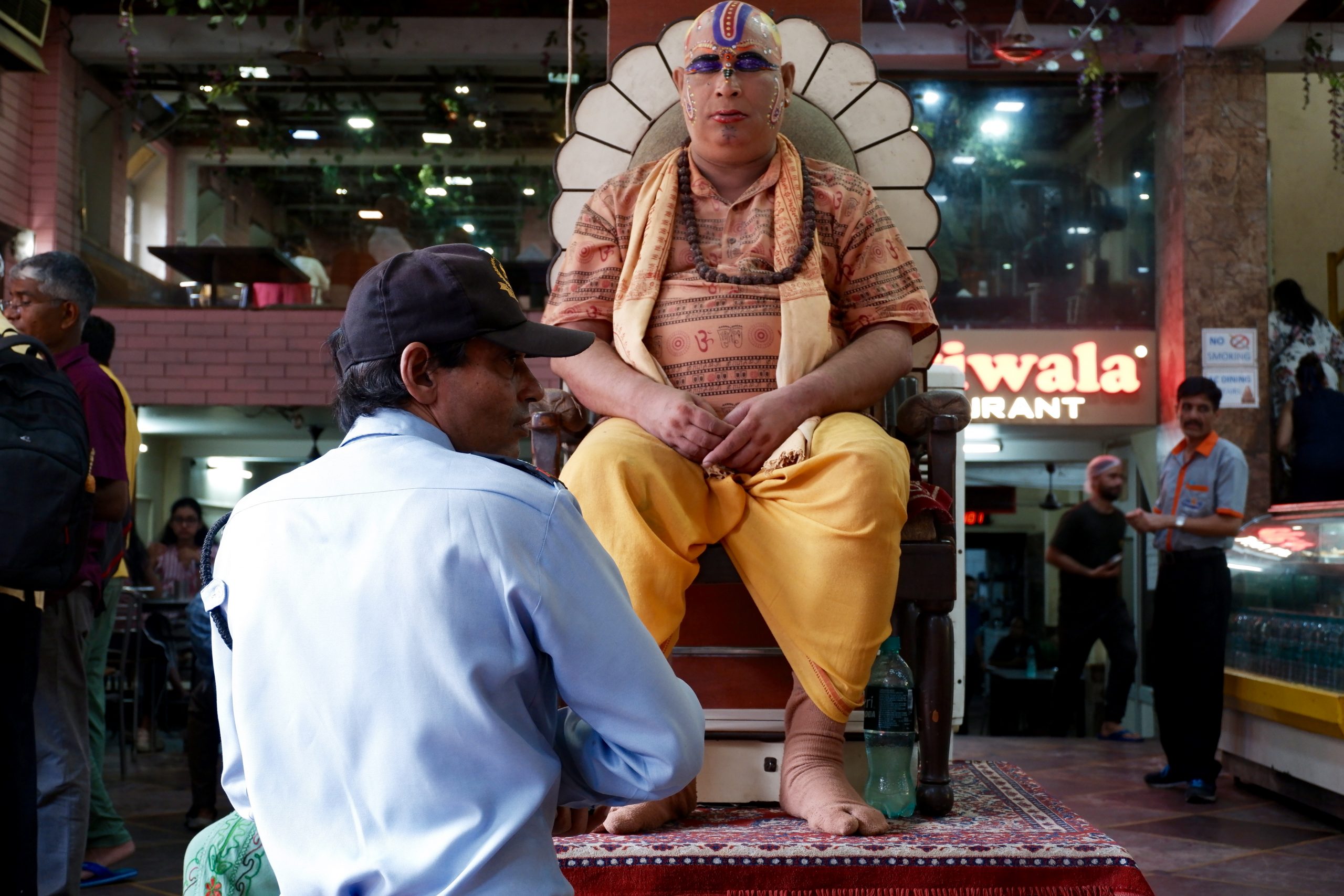 After that it rained a bit, more rest was in order and then I got on his Royal Enfield Thunderbird 350 behind Binodh for the first time and we bought me a helmet. 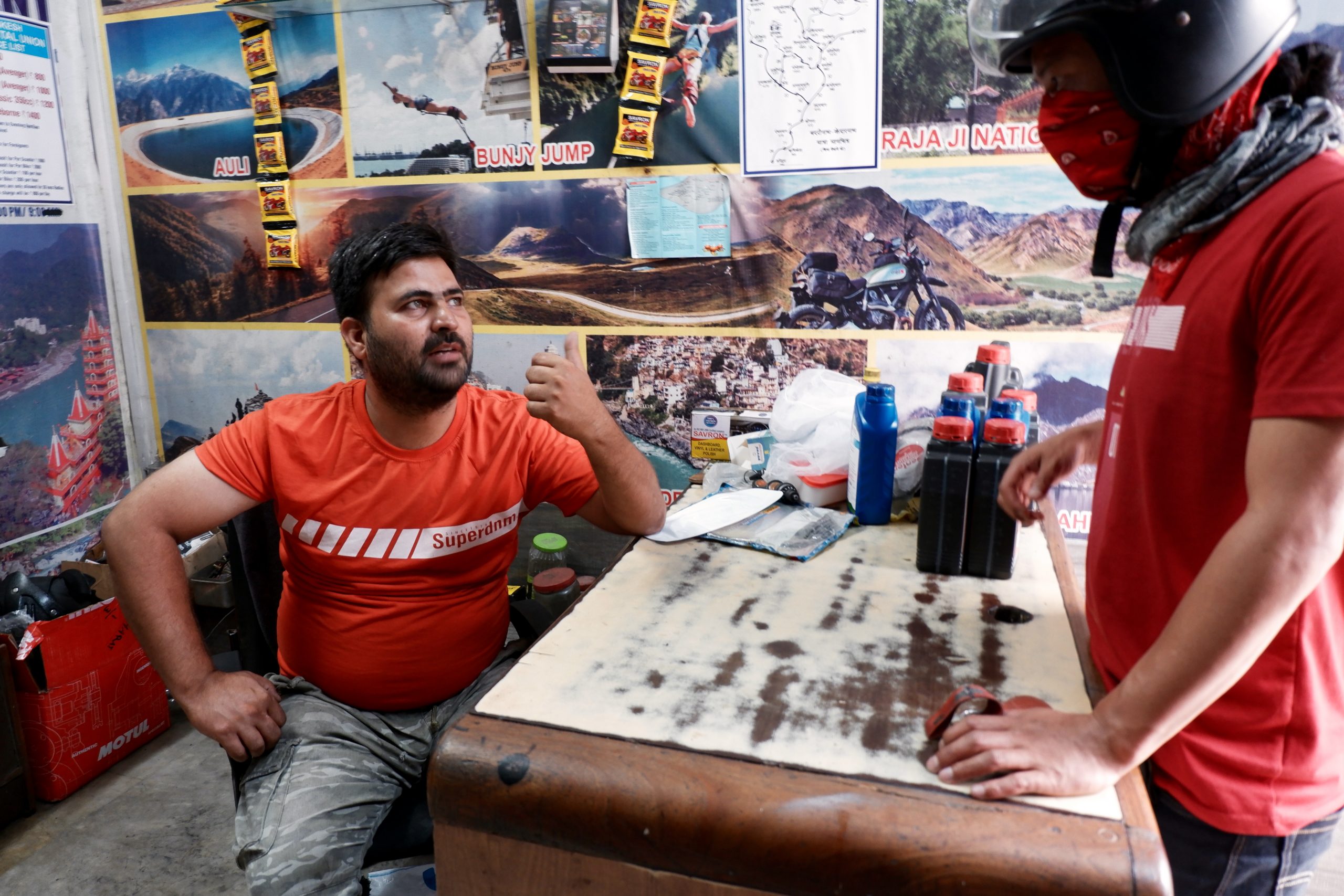 And then we drove through the hustle and bustle to the Parmath Niketan Ashram for the evening ceremony with chanting (Aarti), where we actually met the clients and Prashant in the crowd. The ghat was crowded, yellow-clad monks were chanting, people were happy, walking around and fiddling with their mobile phones a lot. 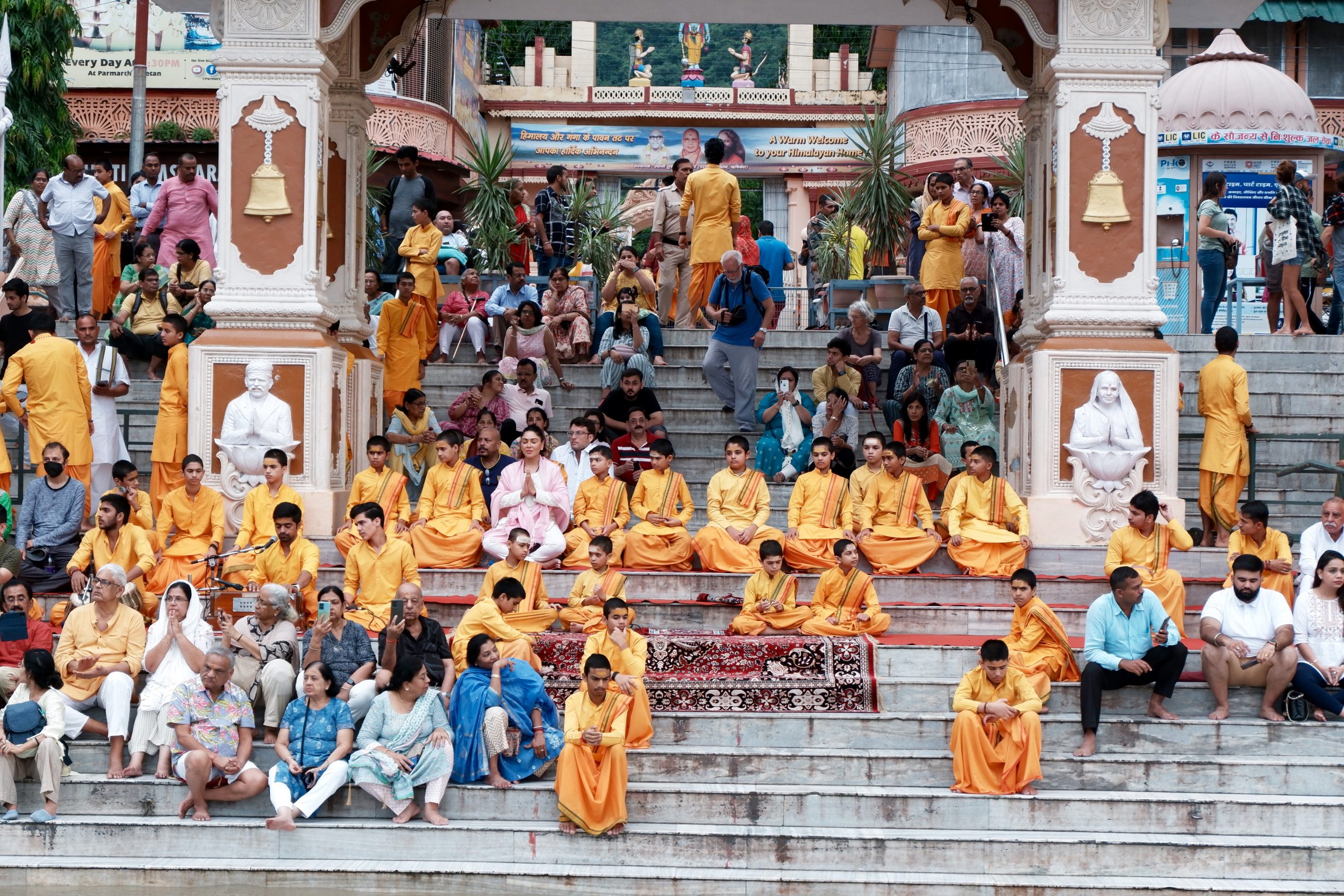 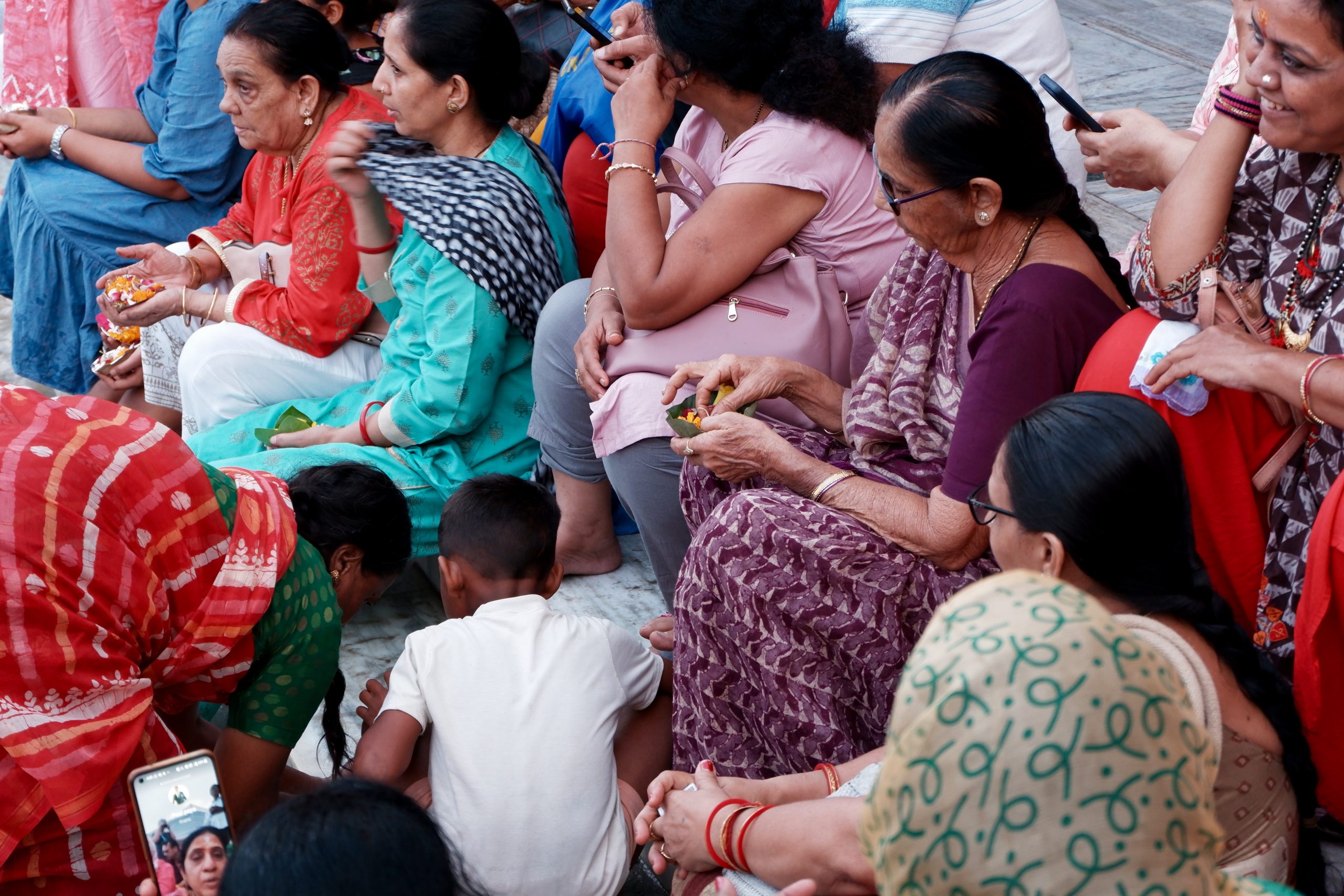 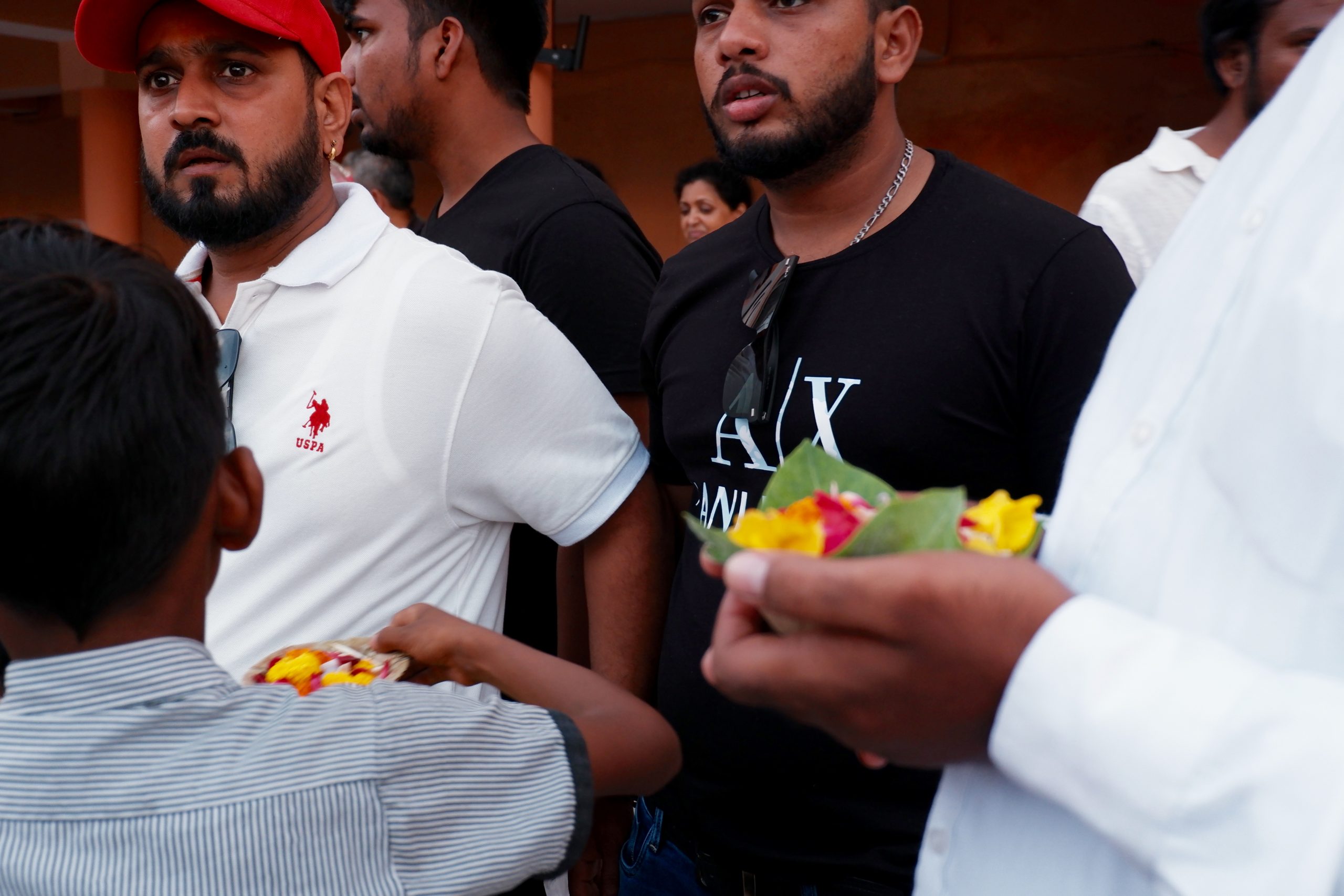 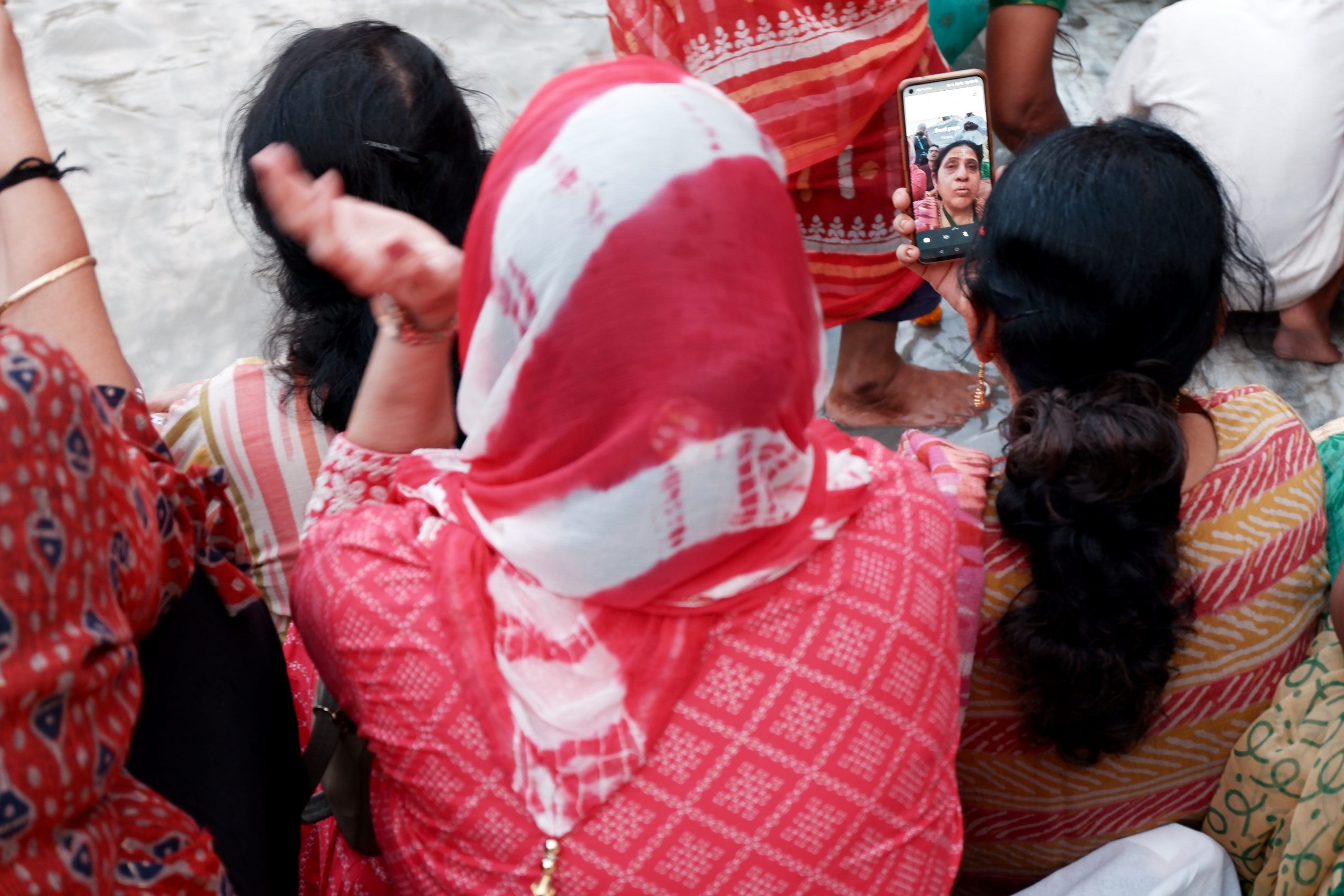 woman sings in her mobile 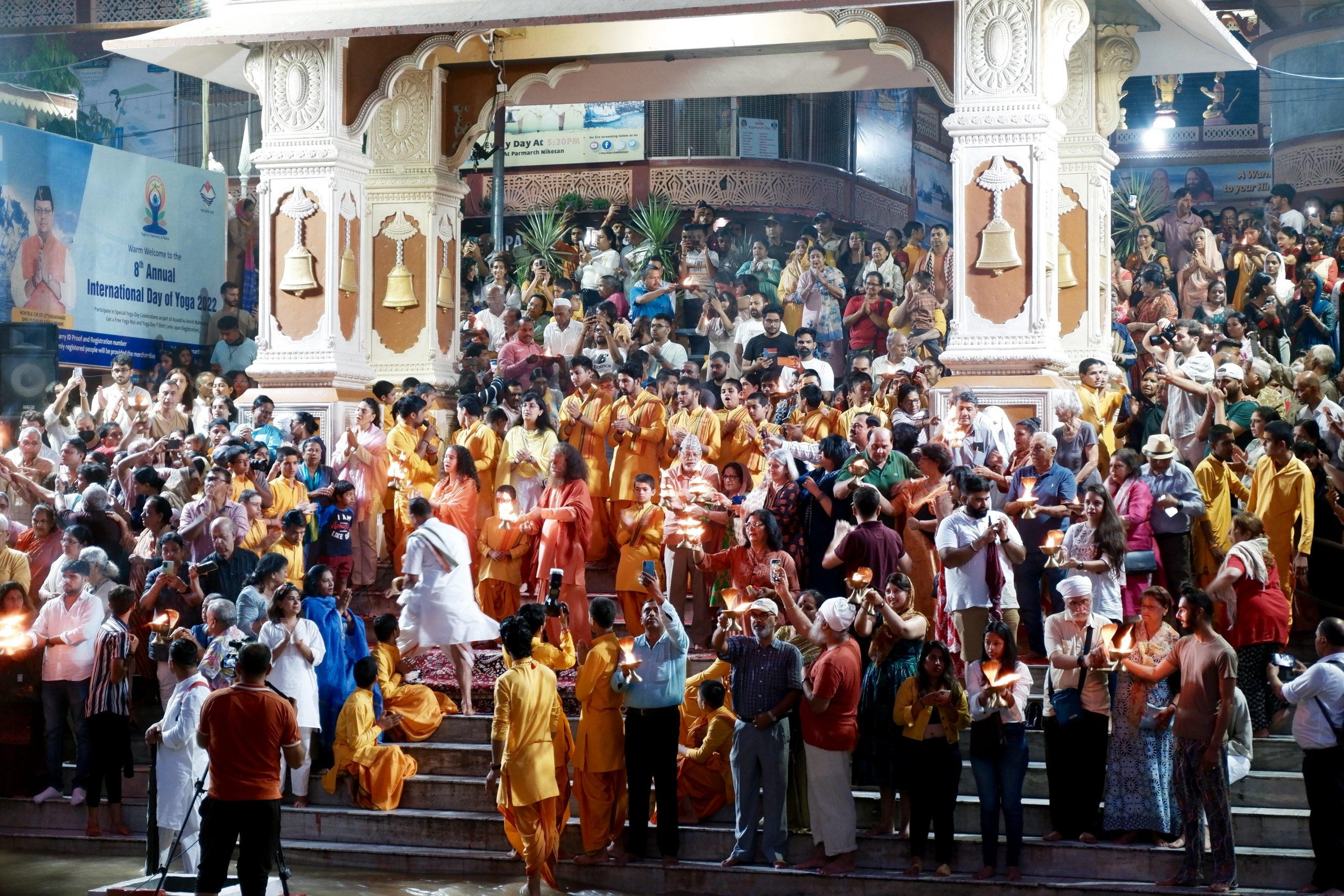 it became dark and the people more

Then there was one last glimpse of the illuminated Shiva, it was over, people dispersed and we found ourselves back in a restaurant for dinner. That was nice. 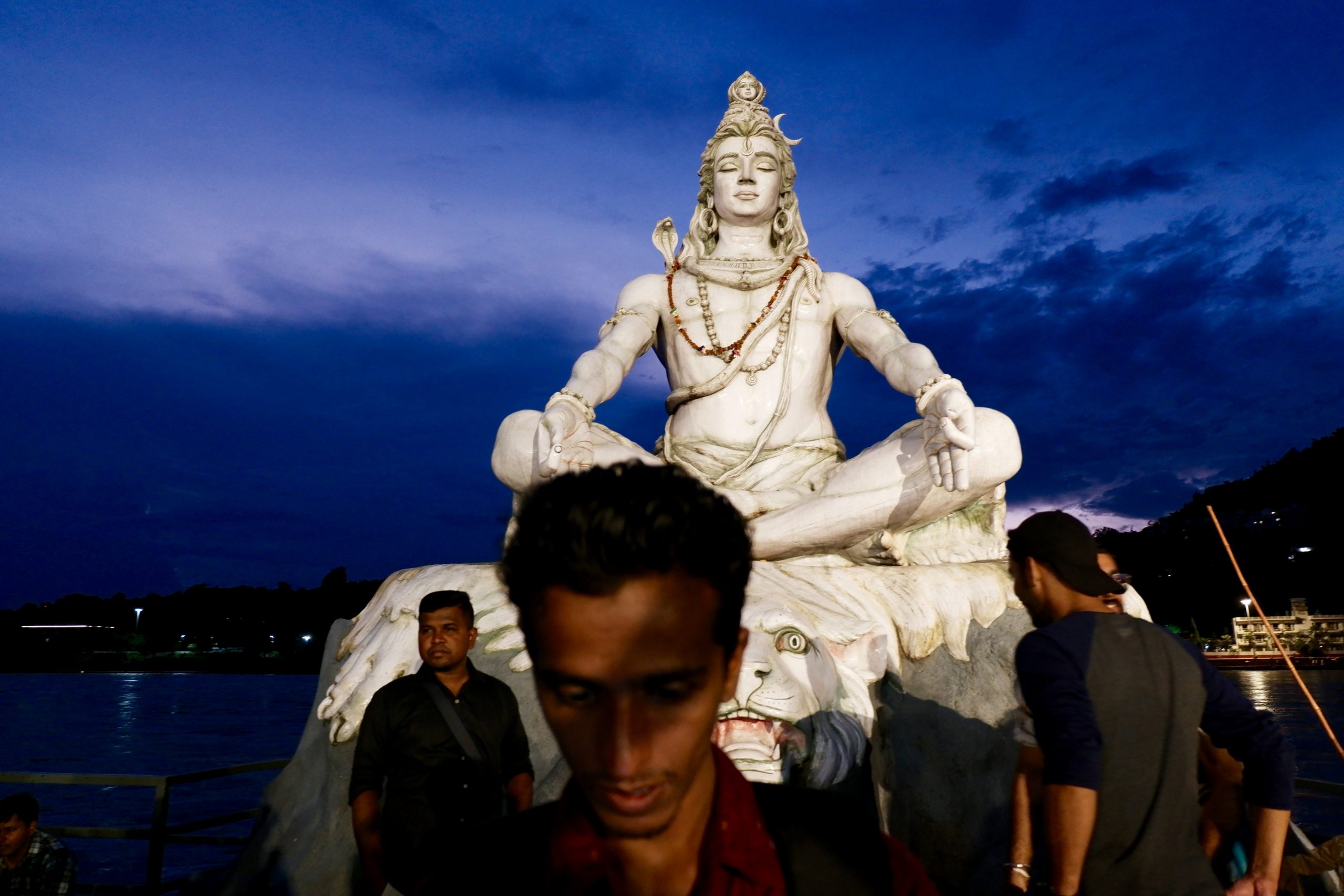 And the next day we should start!