Sevan is a 23,000 plus town in the northern part of Lake Sevan. It was founded in 1842 by Jewish-believing Russians. There are various accommodations here – and somehow I imagined it to be mainly a kind of holiday idyll. Far from it – it looks like a quite normal, rather Soviet-looking town. I stayed in one of the Soviet blocks and immediately started exploring. Soviet blocks and Soviet blocks. 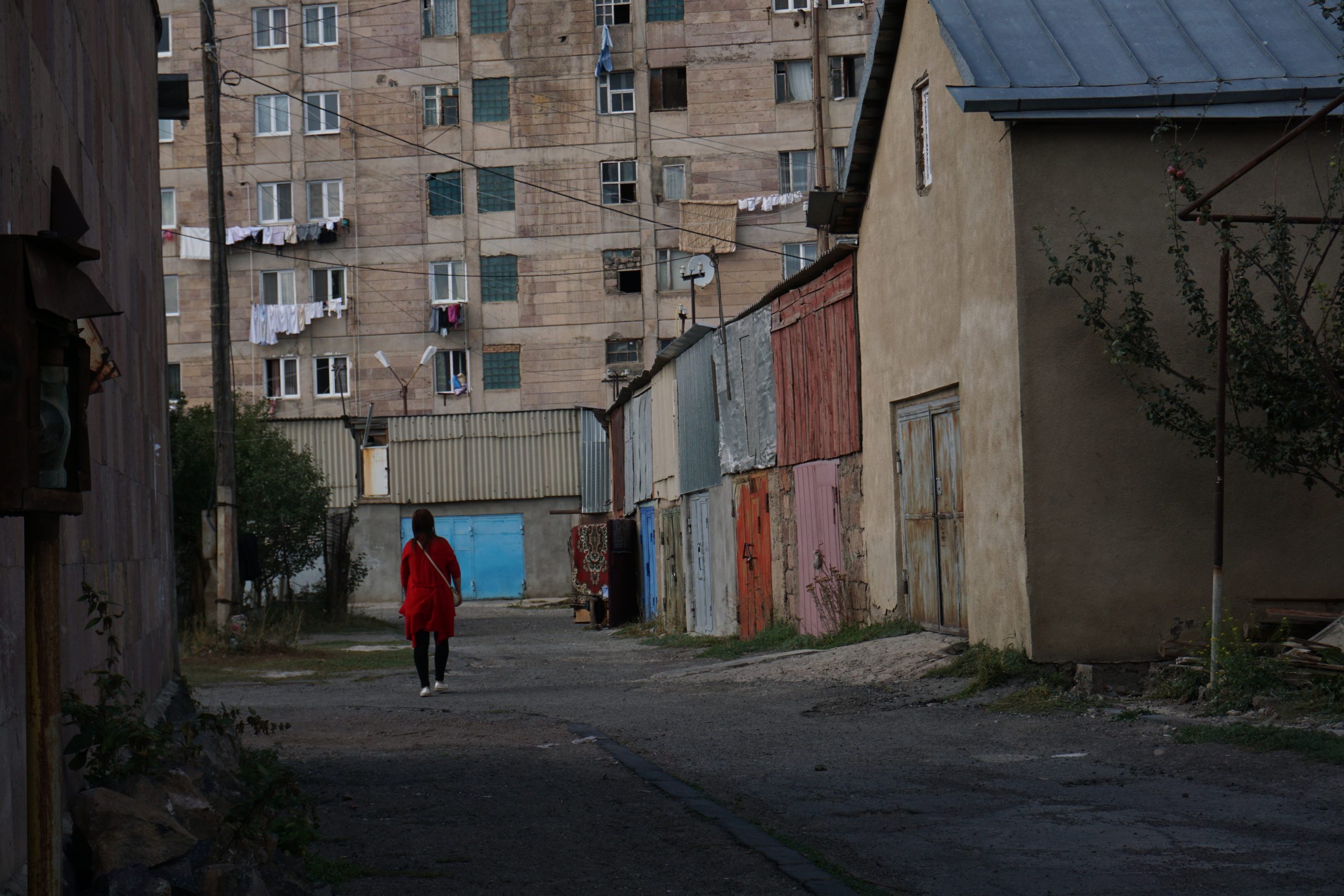 On the main street there are also some special-looking shops 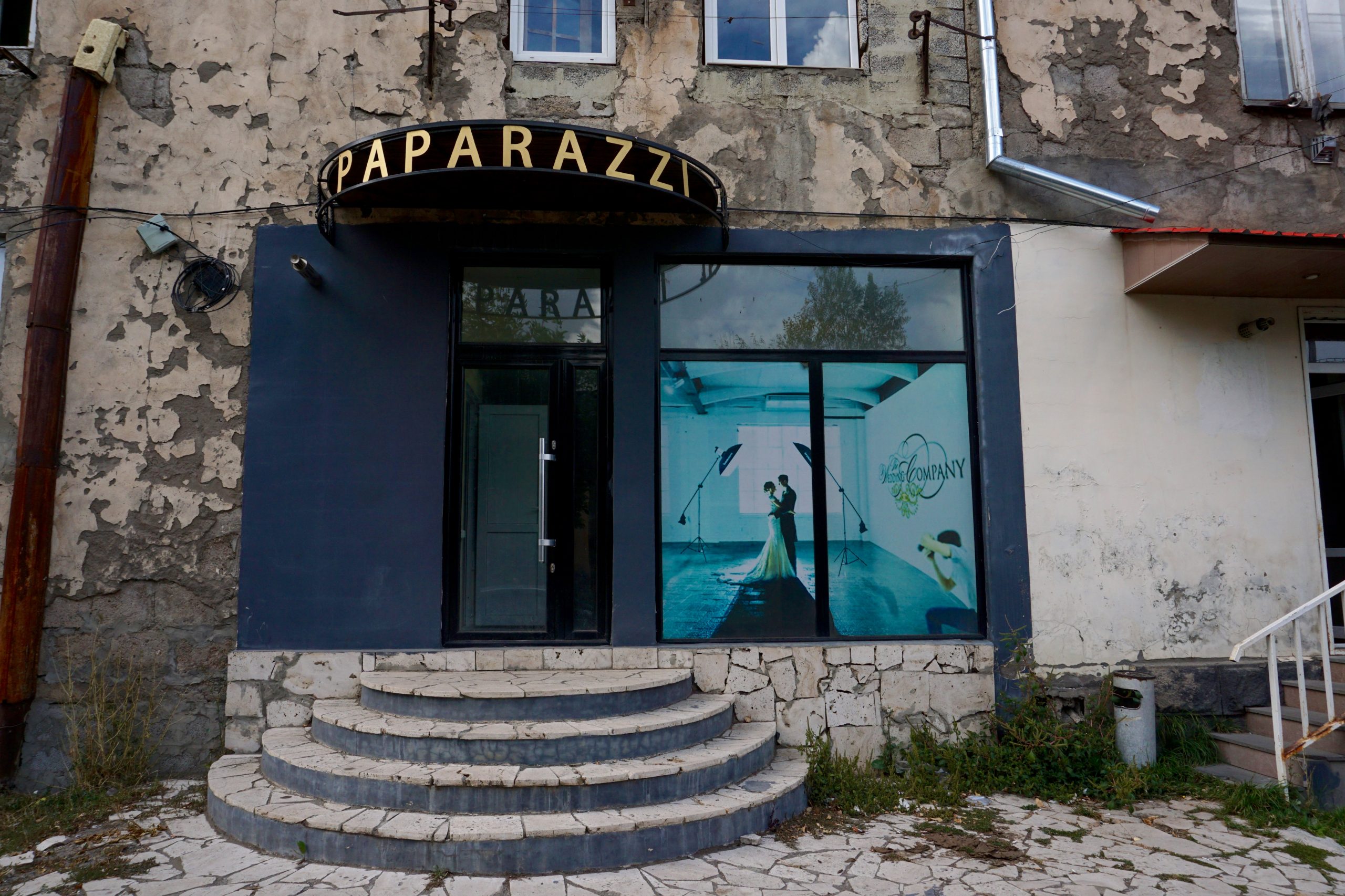 All for the wedding?

Later I spotted a suiting car 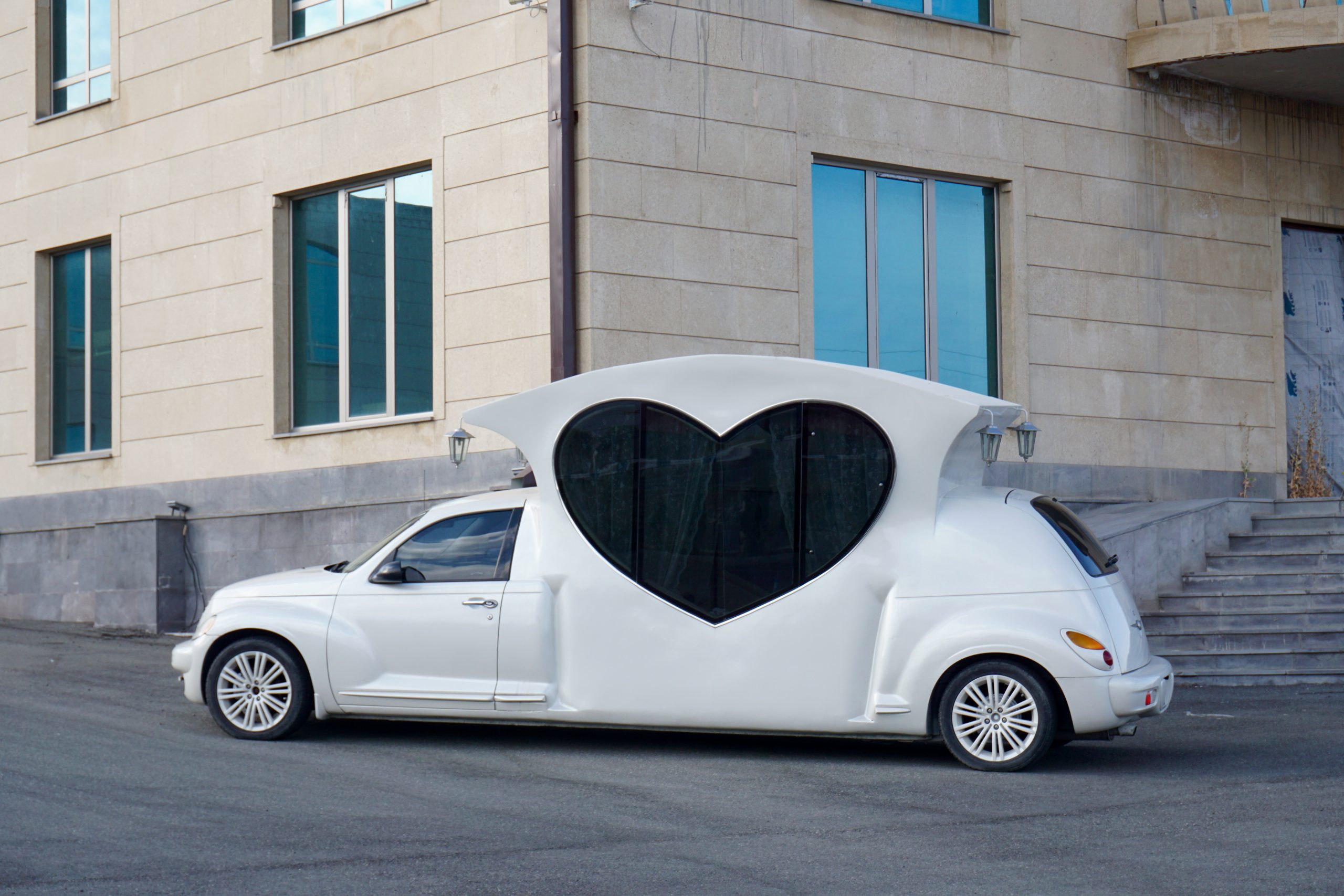 Why hasn’t anyone in Germany designed something like this yet? 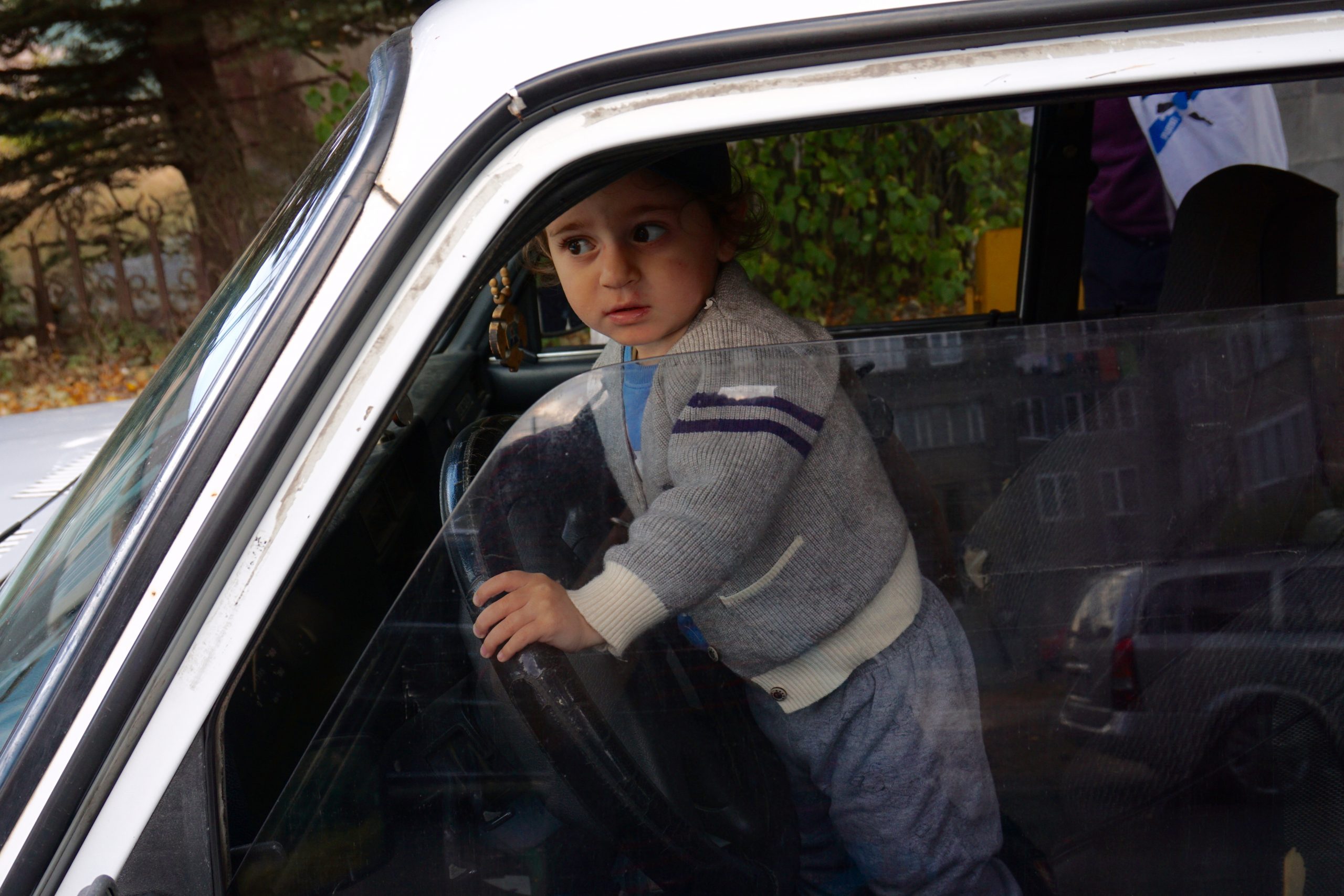 But back to my reconnaissance of the place. In the mobile phone it looked like there would be a kind of canal after the main road and then soon the shore. Surely all idyllic and holiday-like. No way. The further I went, the more astonished I became. An estimated 2 square kilometres of disused industry. Factory skeletons as far as the eye could see. Everything that was still usable had already been removed and put to a new use. I wonder if the area was once full of hard-working people. I was always amazed at how many industrial corpses there are in Armenia. I was not very successful photographically, the yield was too low and unsatisfactory, or I simply could not show the extent. 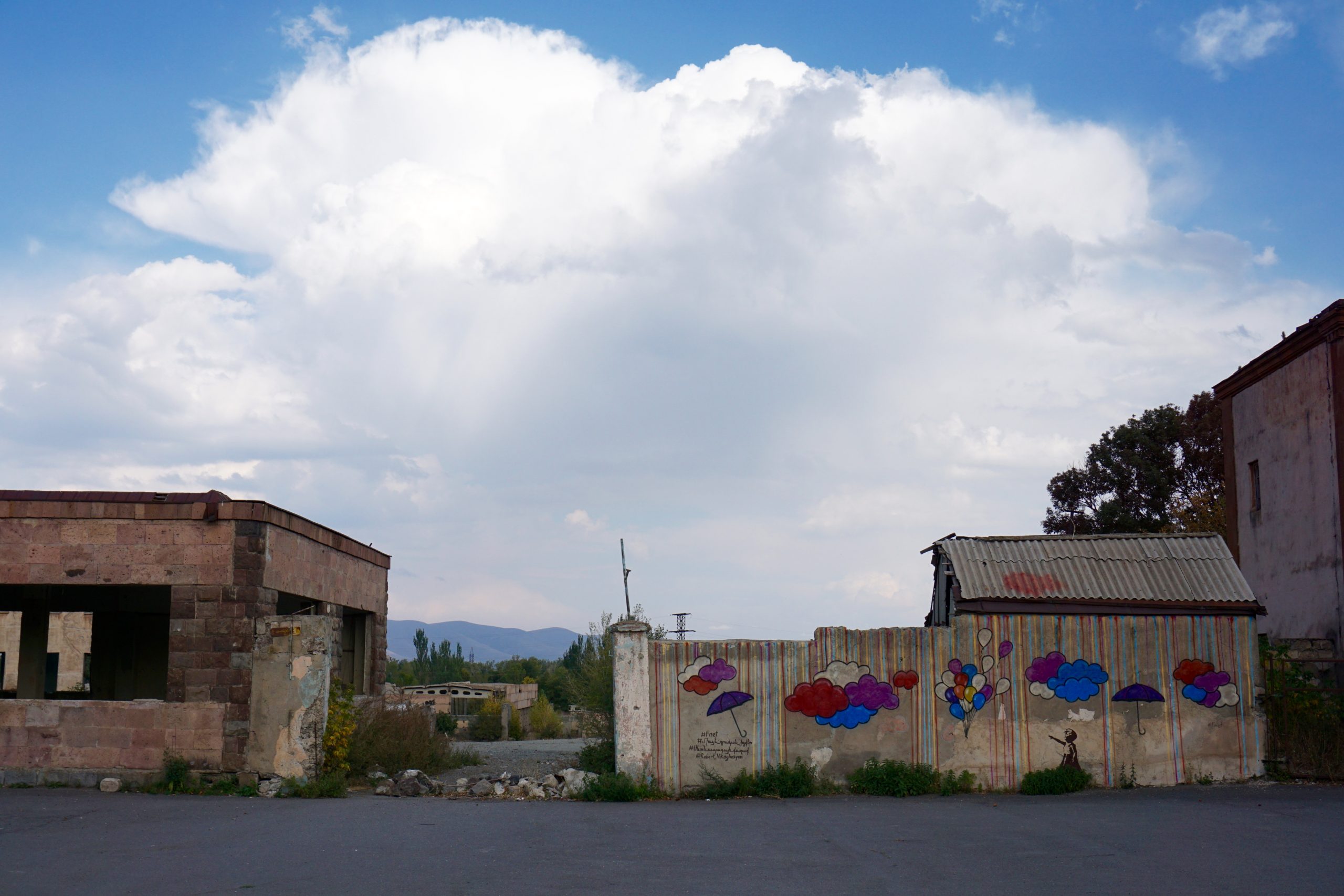 entrance to the ex-industrial sector 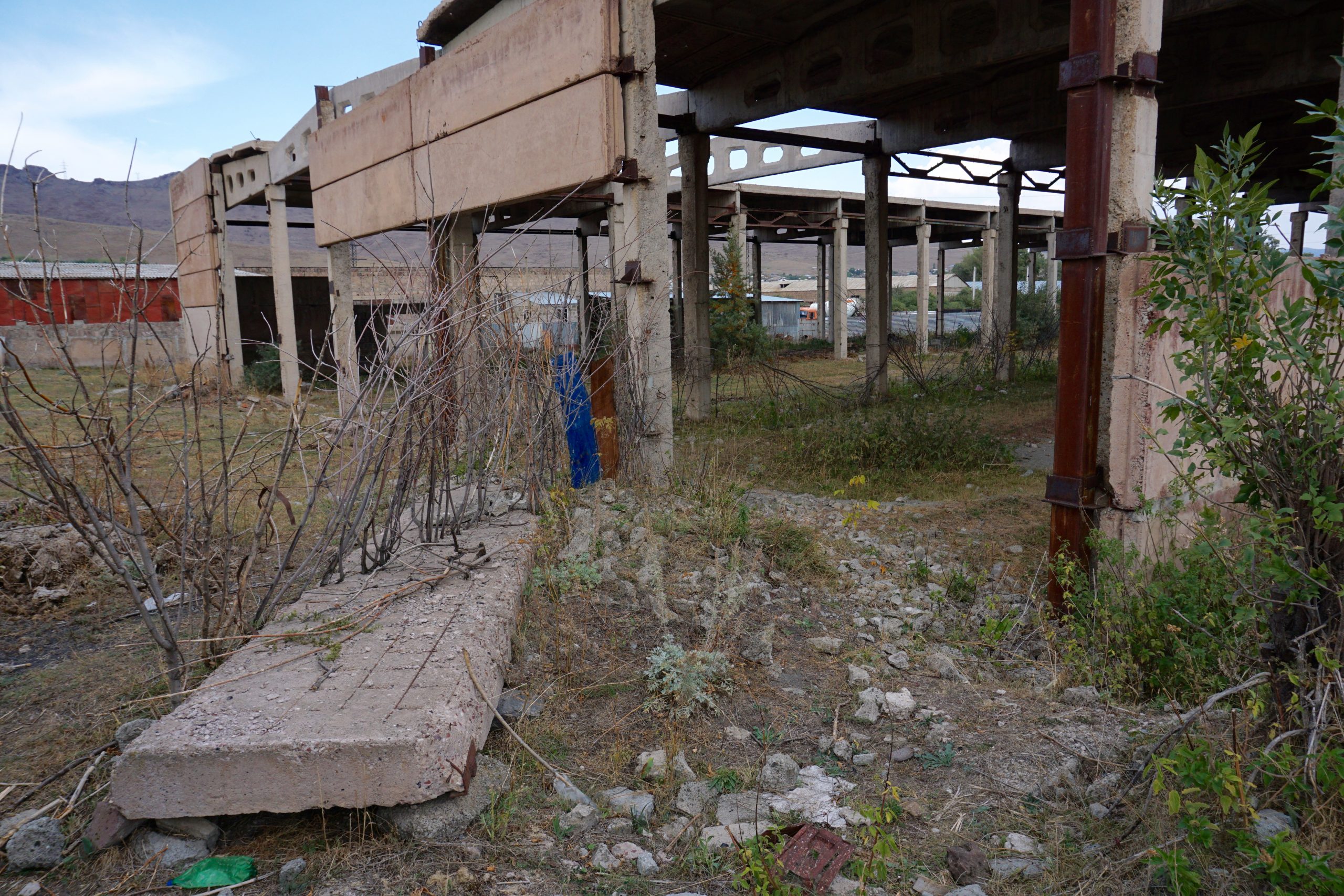 And then I found the beach after all! It even got a bit sunny sometimes, I lay down on a lounger and looked. 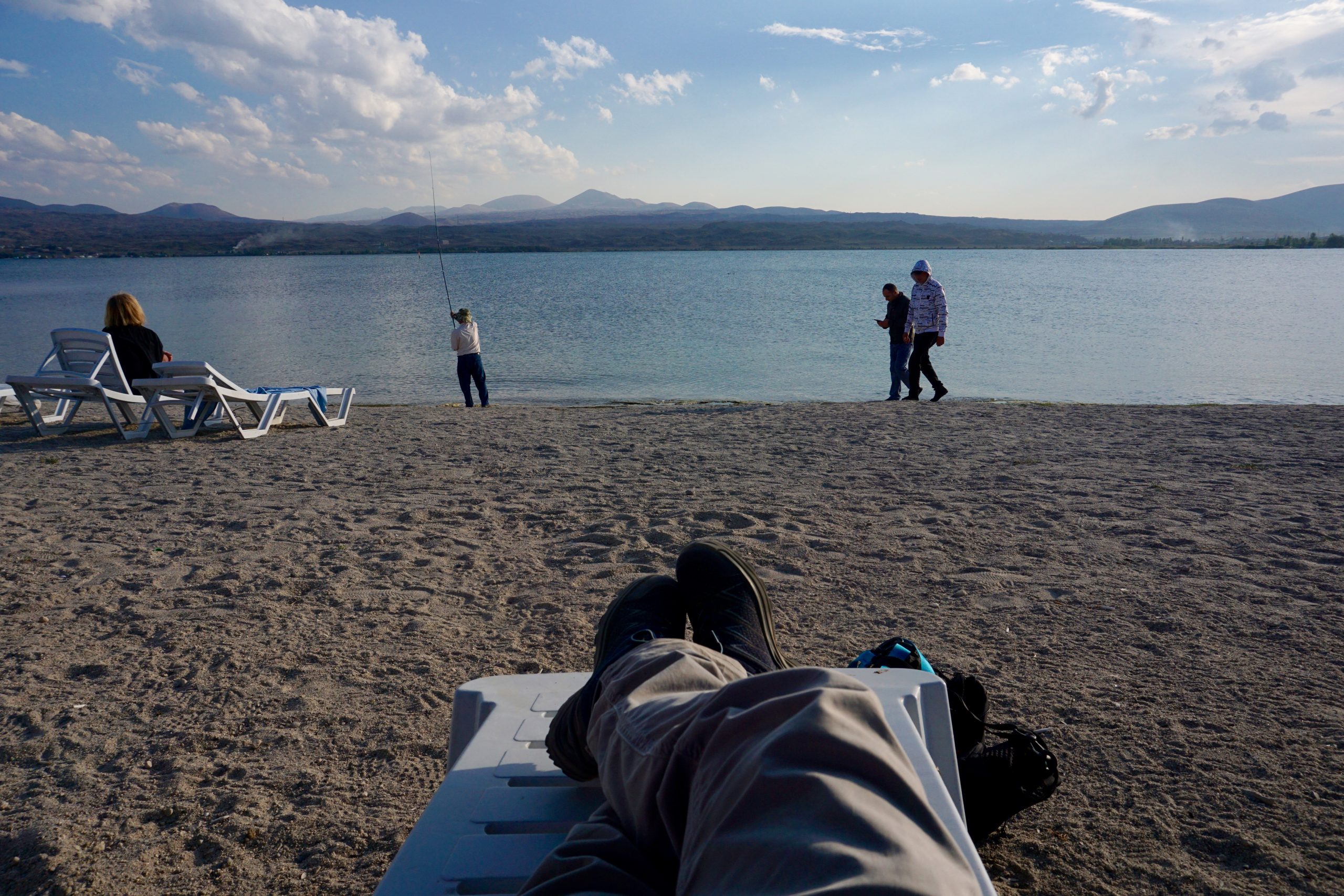 Lying around on the beach

I felt the water: I could have gone in. But the swimming costume was in my backpack. Instead, a woman was swimming and three boys were splashing around. Music was playing from the snack bar, someone was fishing – and it was quite nice there. 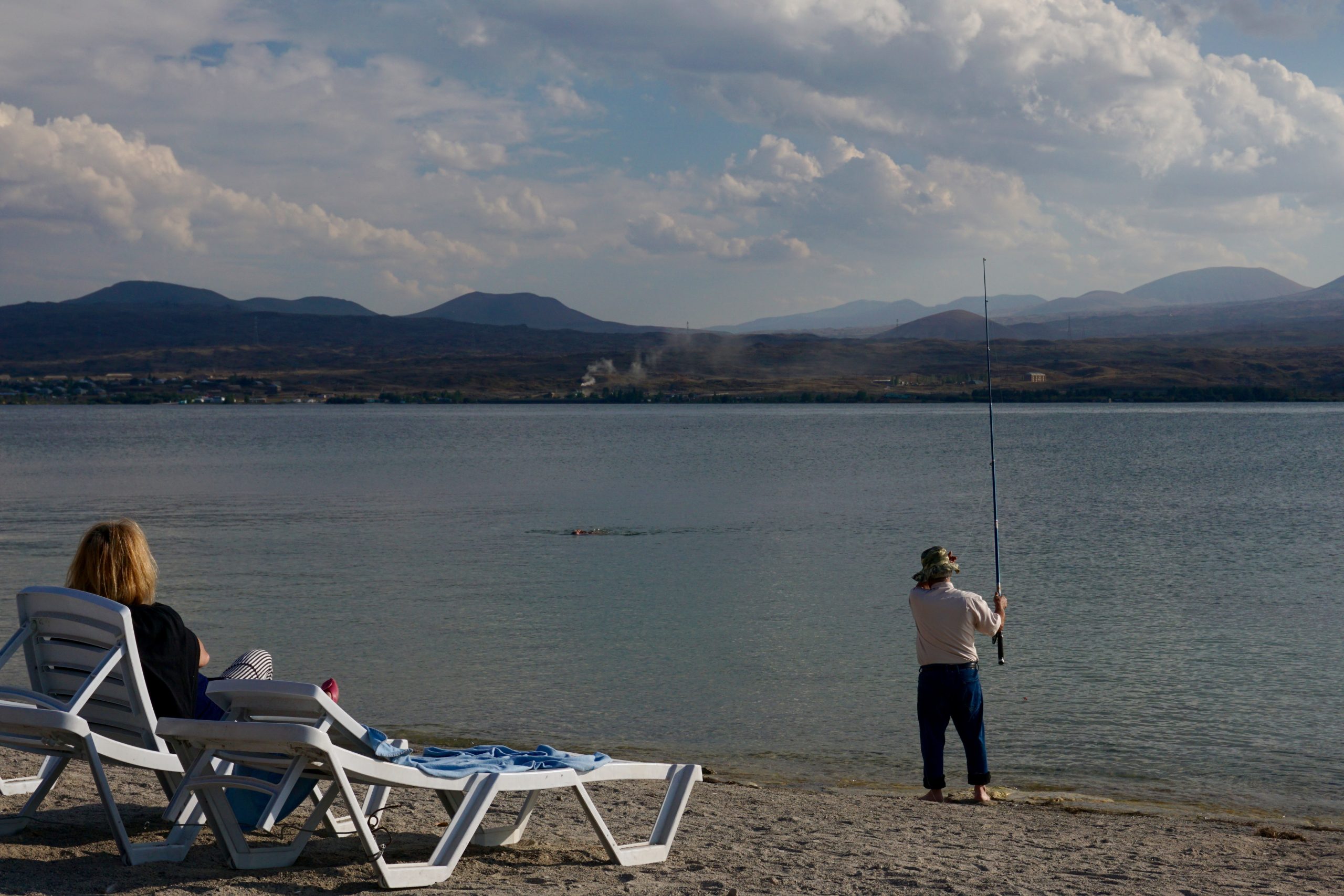 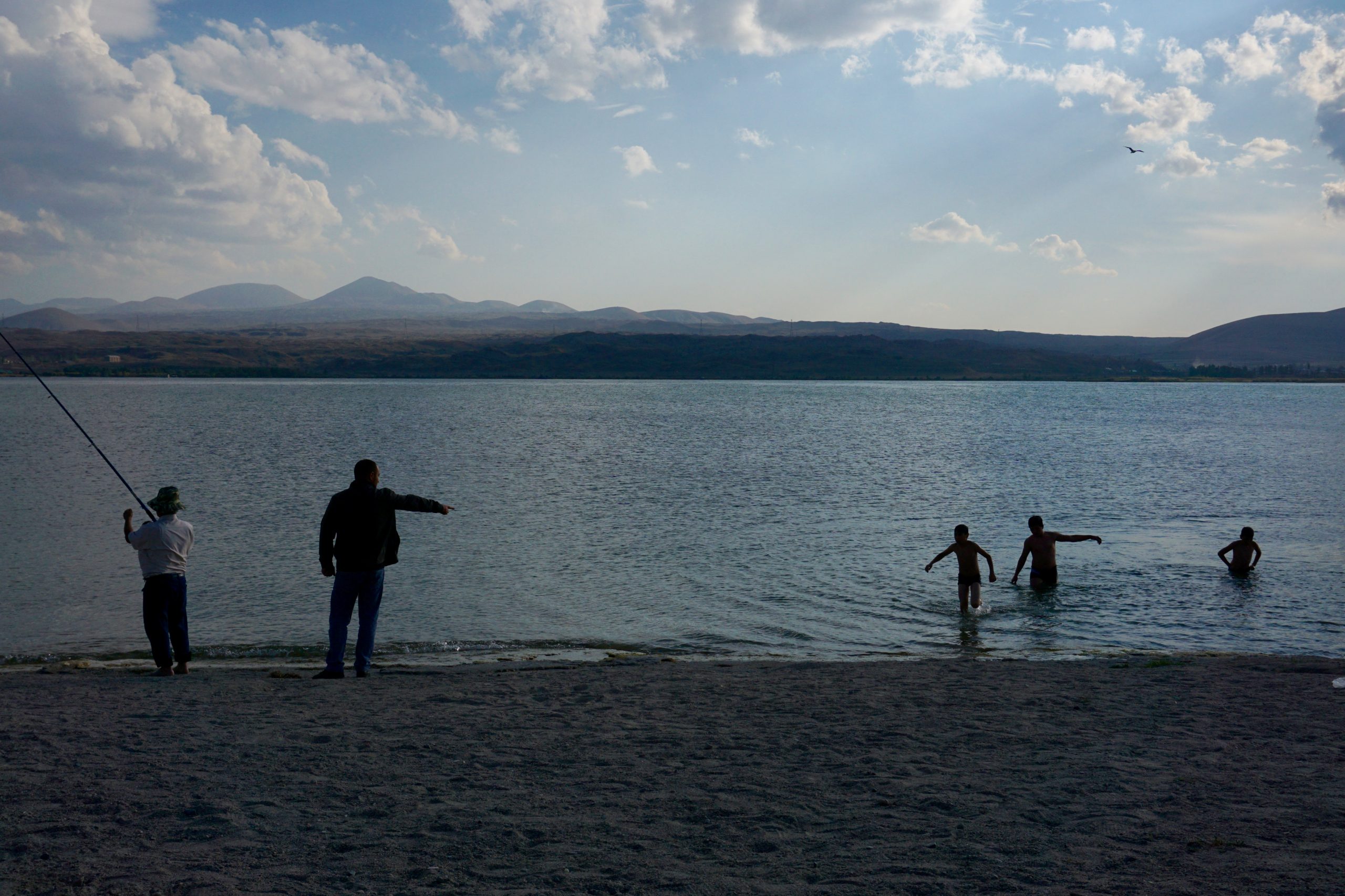 Boys getting out of the water 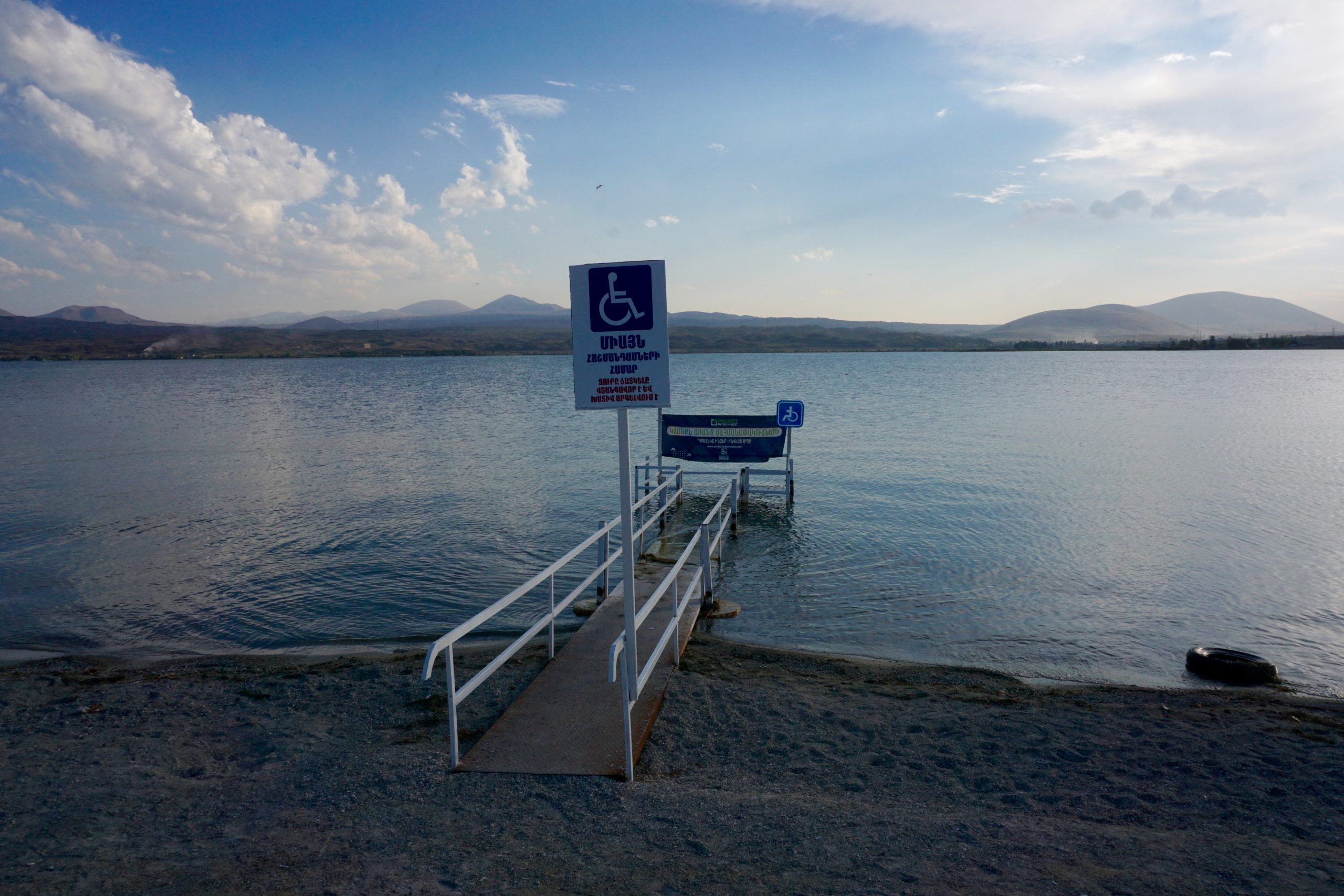 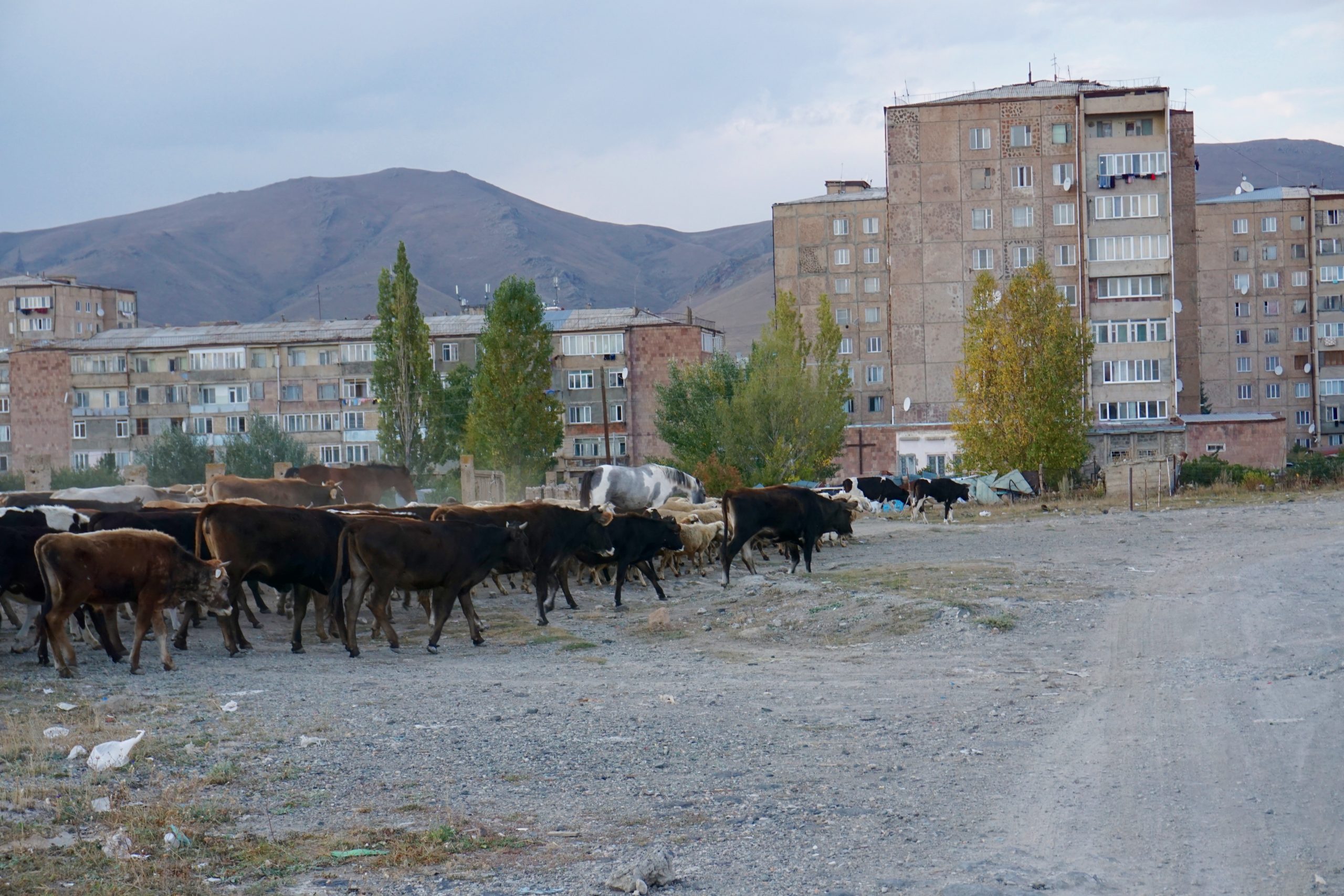 And here’s the suspense build-up for the next post: did I go swimming the following day???