For quite a while, the path was a kind of old, wider road along a canal. I must confess: I don’t really understand the connections of what I saw. There was this canal 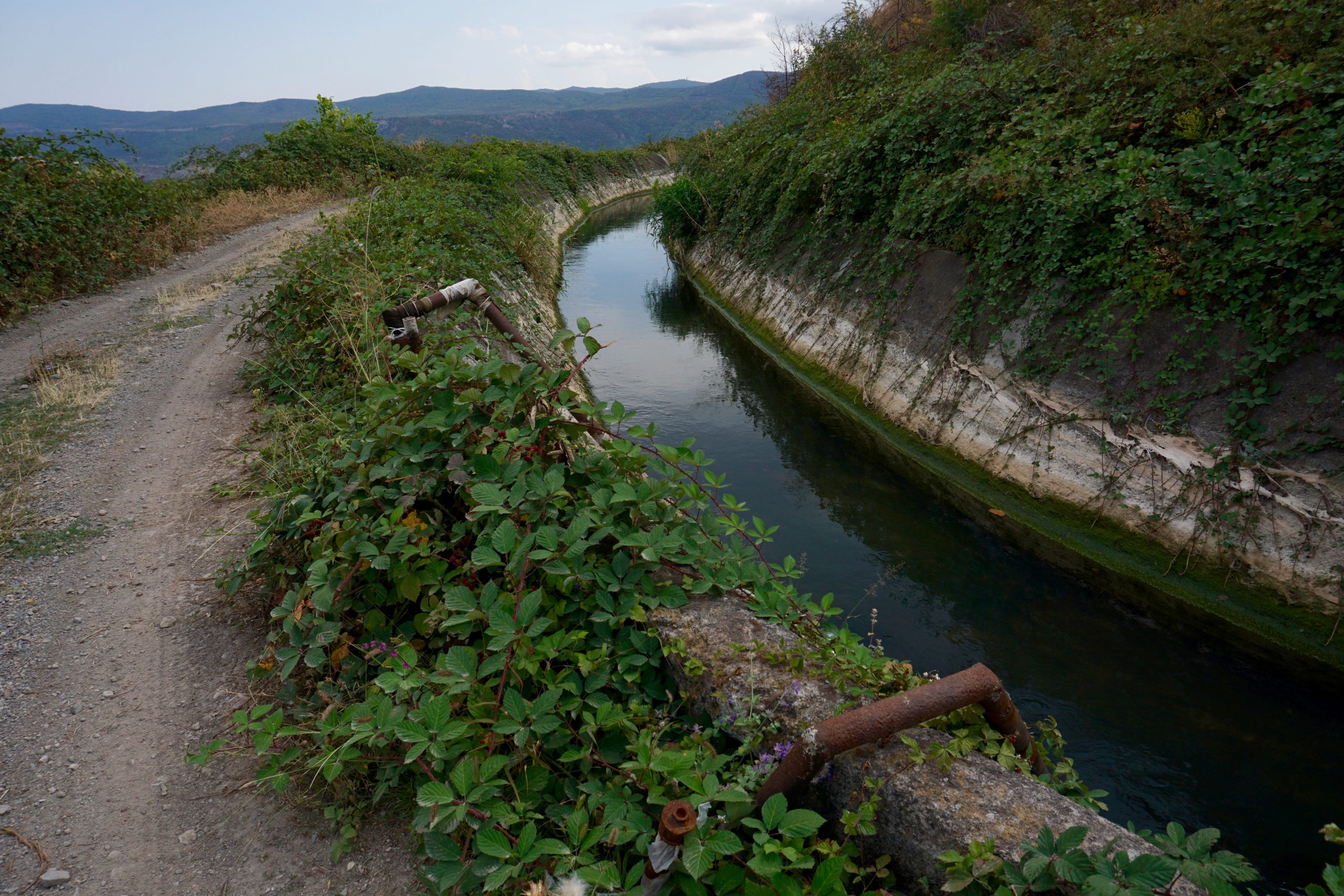 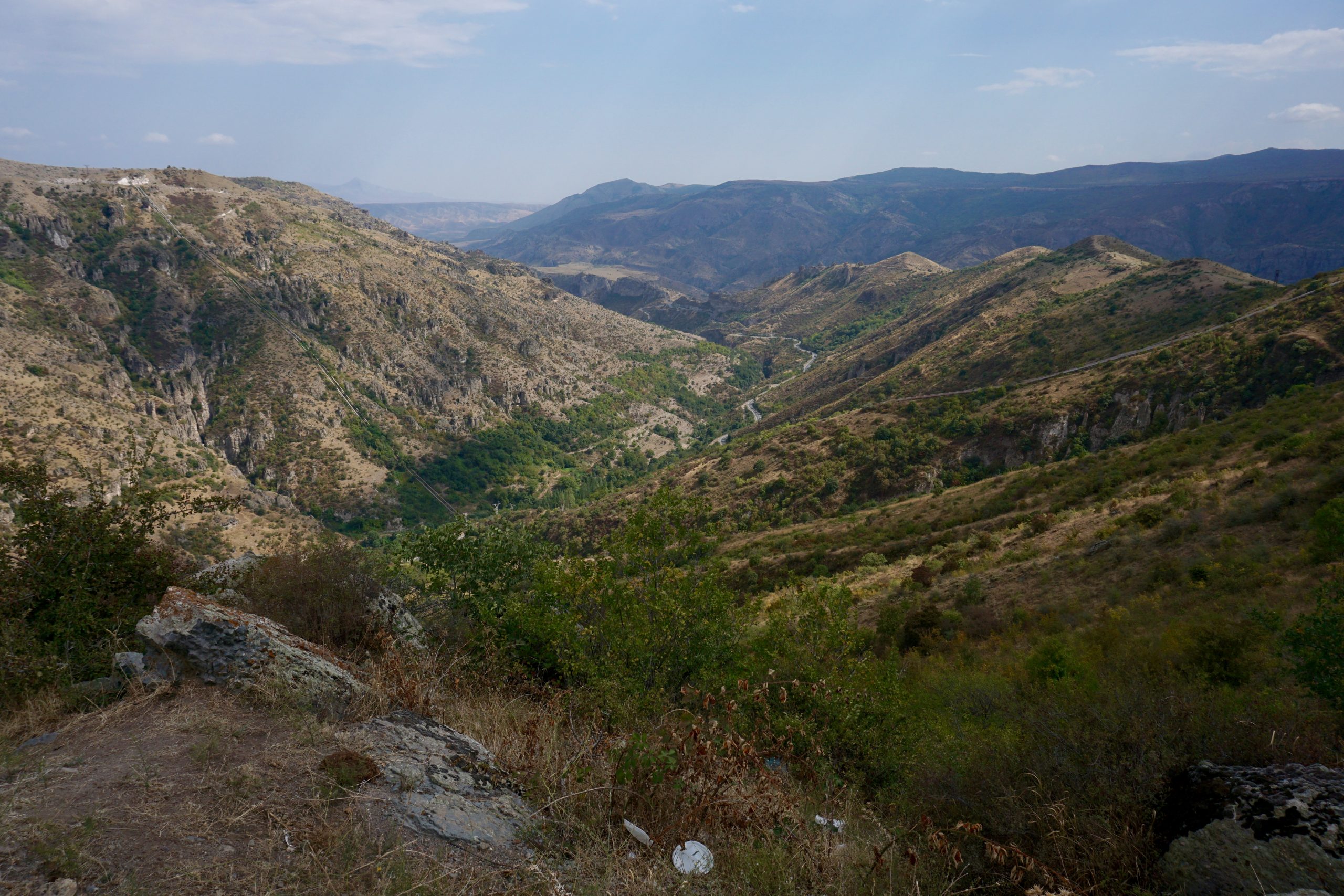 There is a hydroelectric power station around the corner, but it looked rather small and abandoned 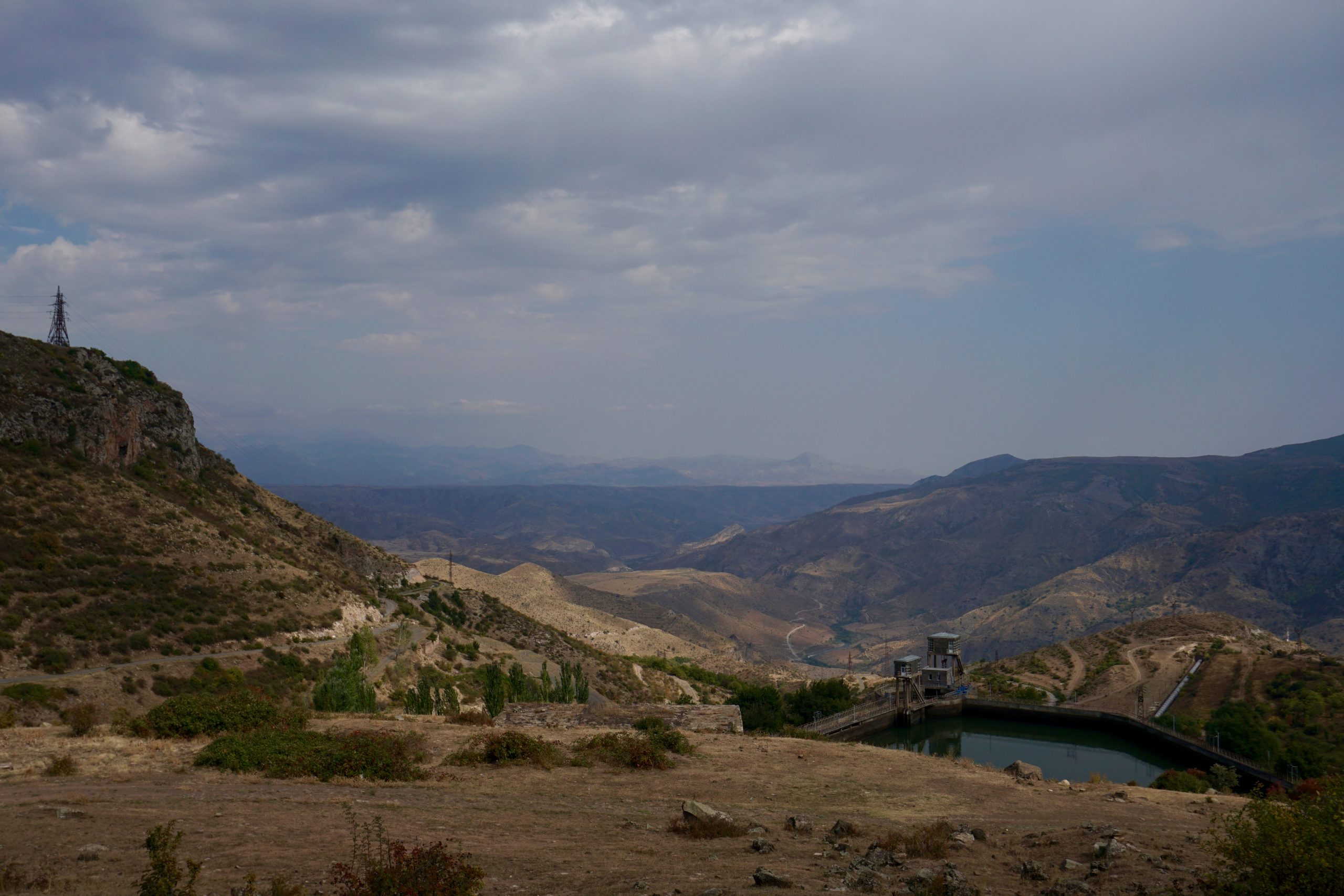 And on top of a kind of high plateau there were massive electricity pylons (here are just a few of them). 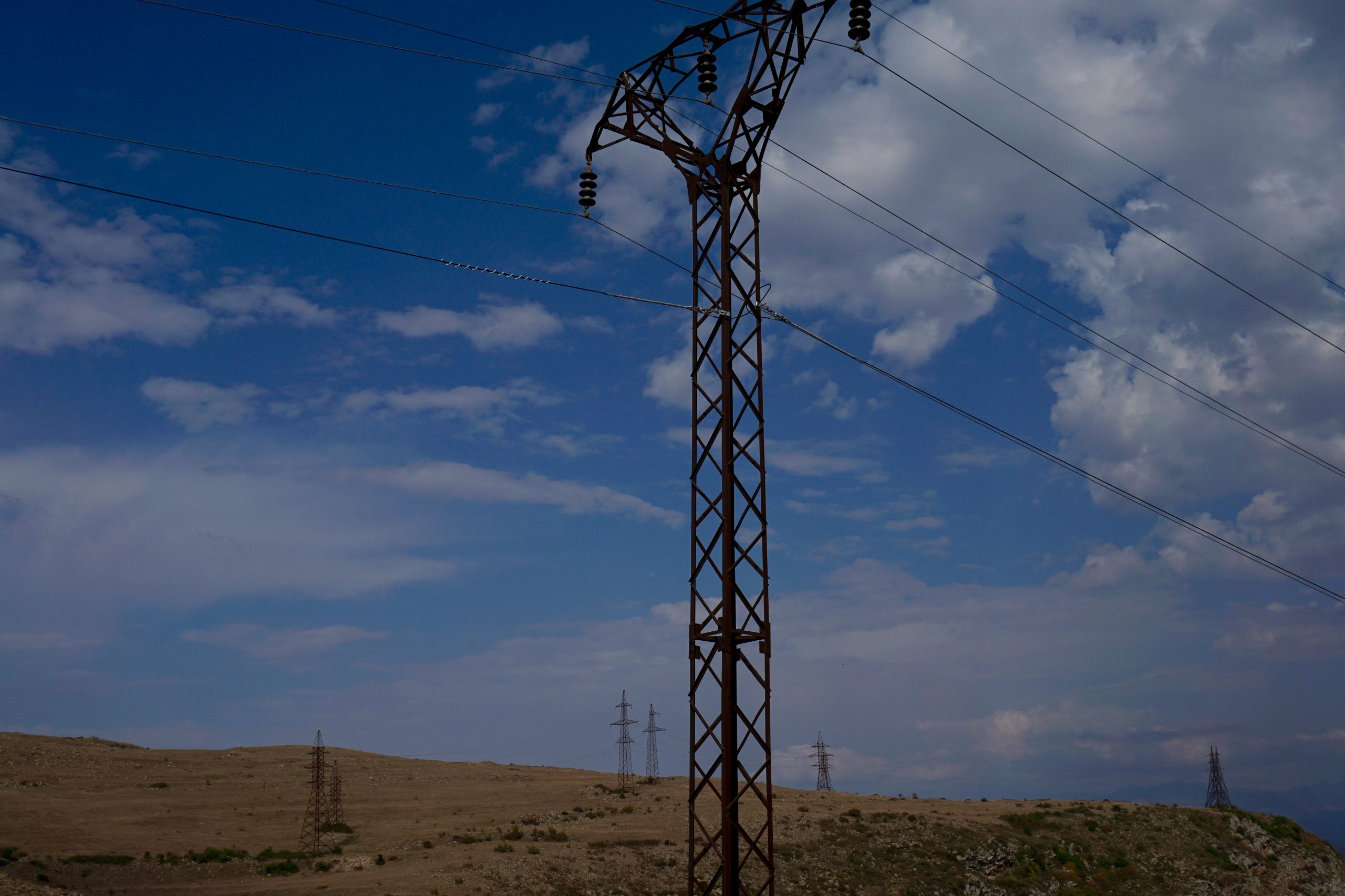 Fraction of the many many electricity pylons

I still wonder how little I can interpret such elements.

Other interesting elements in the landscape are abandoned large buildings like this one: 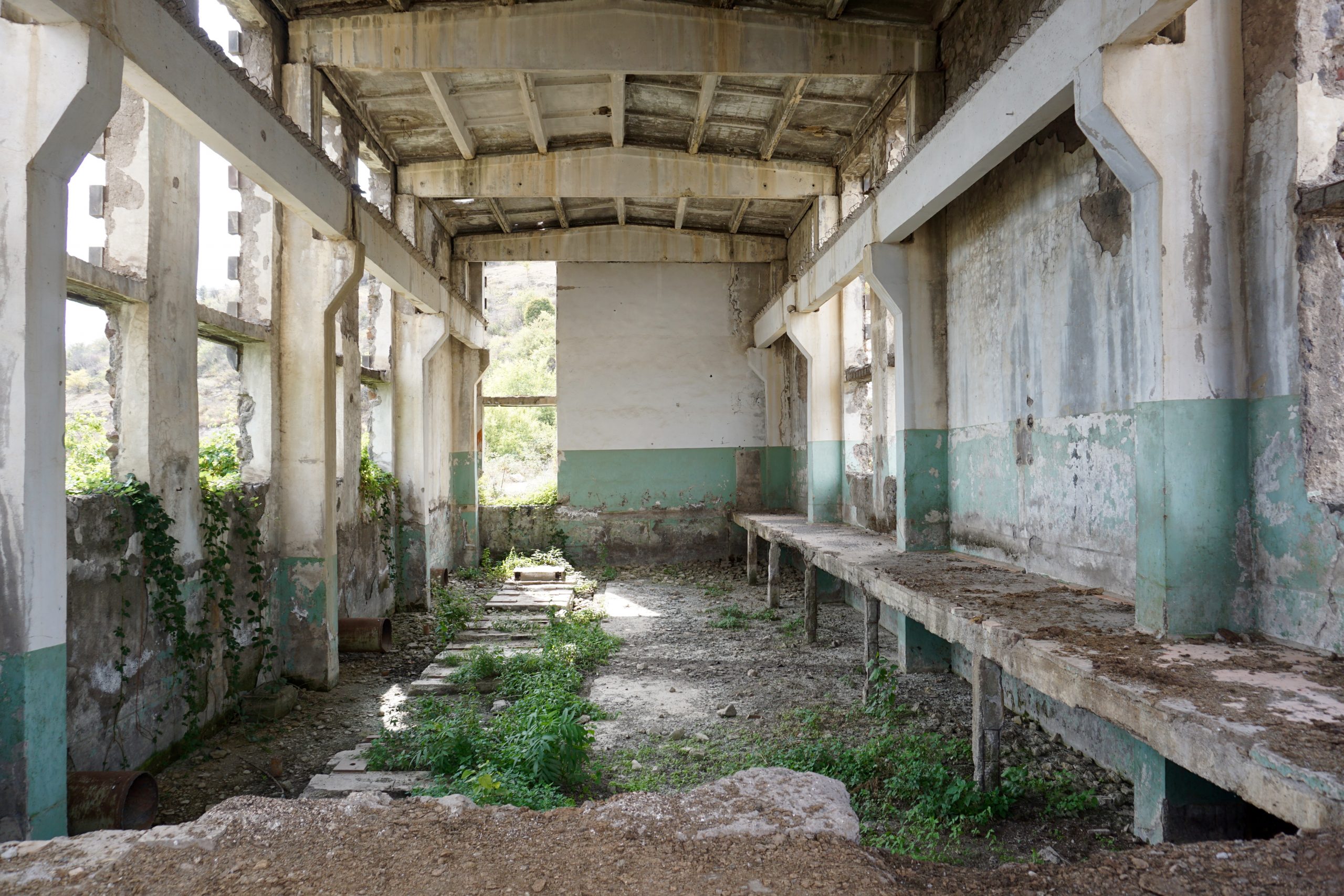 This is at the top, where the path turns right into another valley. All alone without anything else around it. There are plenty of abandoned (factory?) buildings to see in Armenia. Did the Soviet markets disappear with independence? What do the people who used to work there do? Did they not like the factories anyway?

Anyway, I hiked around the corner on the high ground and then came to a kind of plateau. It’s next to a canyon-like gorge, the Vorotan Gorge. I was to continue along this gorge. But I couldn’t really take a look yet. Instead, I continued on this plateau and came to a settlement: Khot. It was announced by fields, most of which had been harvested. Here you can see once again how something that no longer works (cars) can still serve a new purpose, namely as a fence. 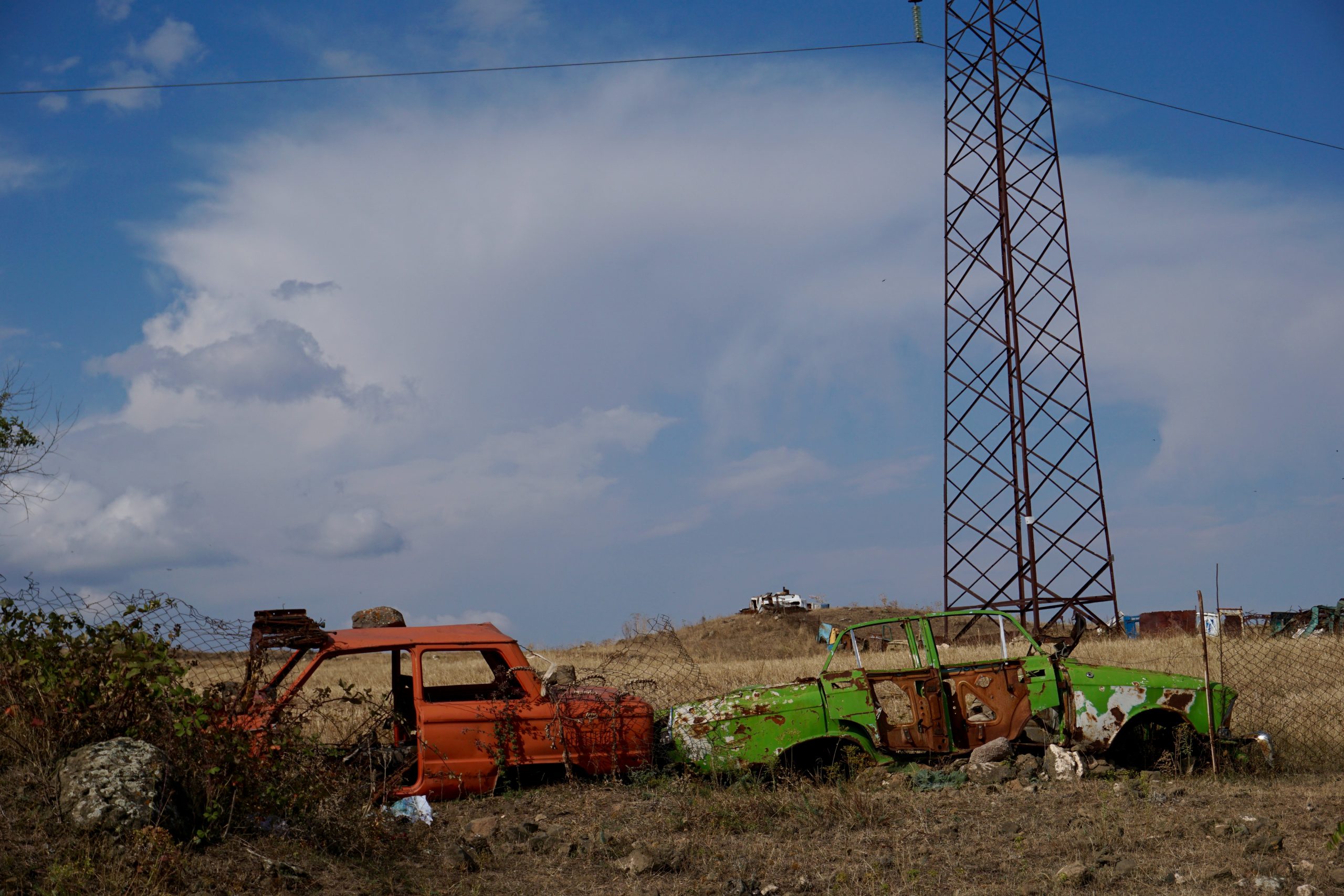 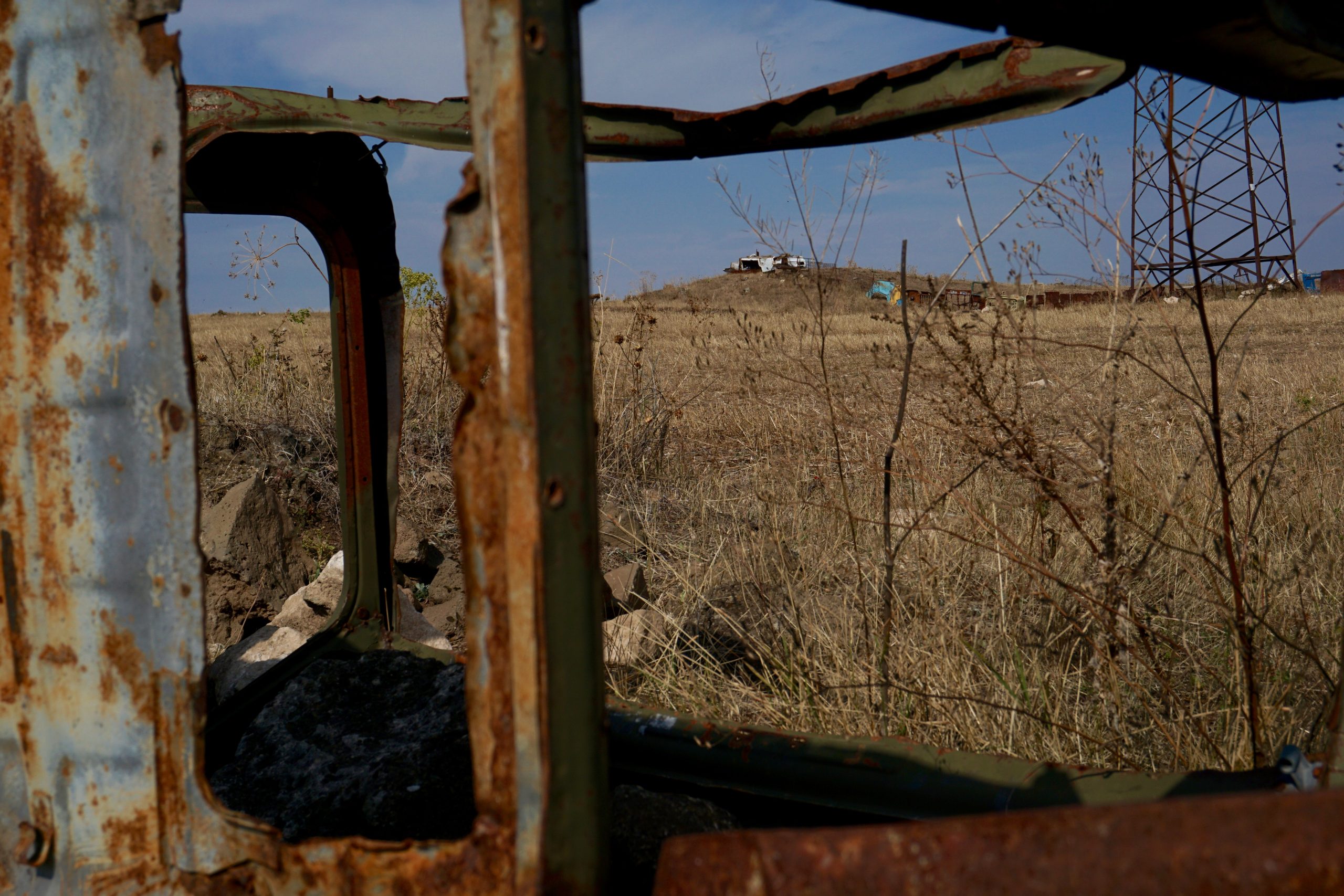 On the roads I have seen mainly 2 types of cars: Super old clunkers or fancy new ones. The more rural, the more clunky. There are also very different types of roads: bumpy dusty roads or fancy new asphalt. I then came to this behind Khot: 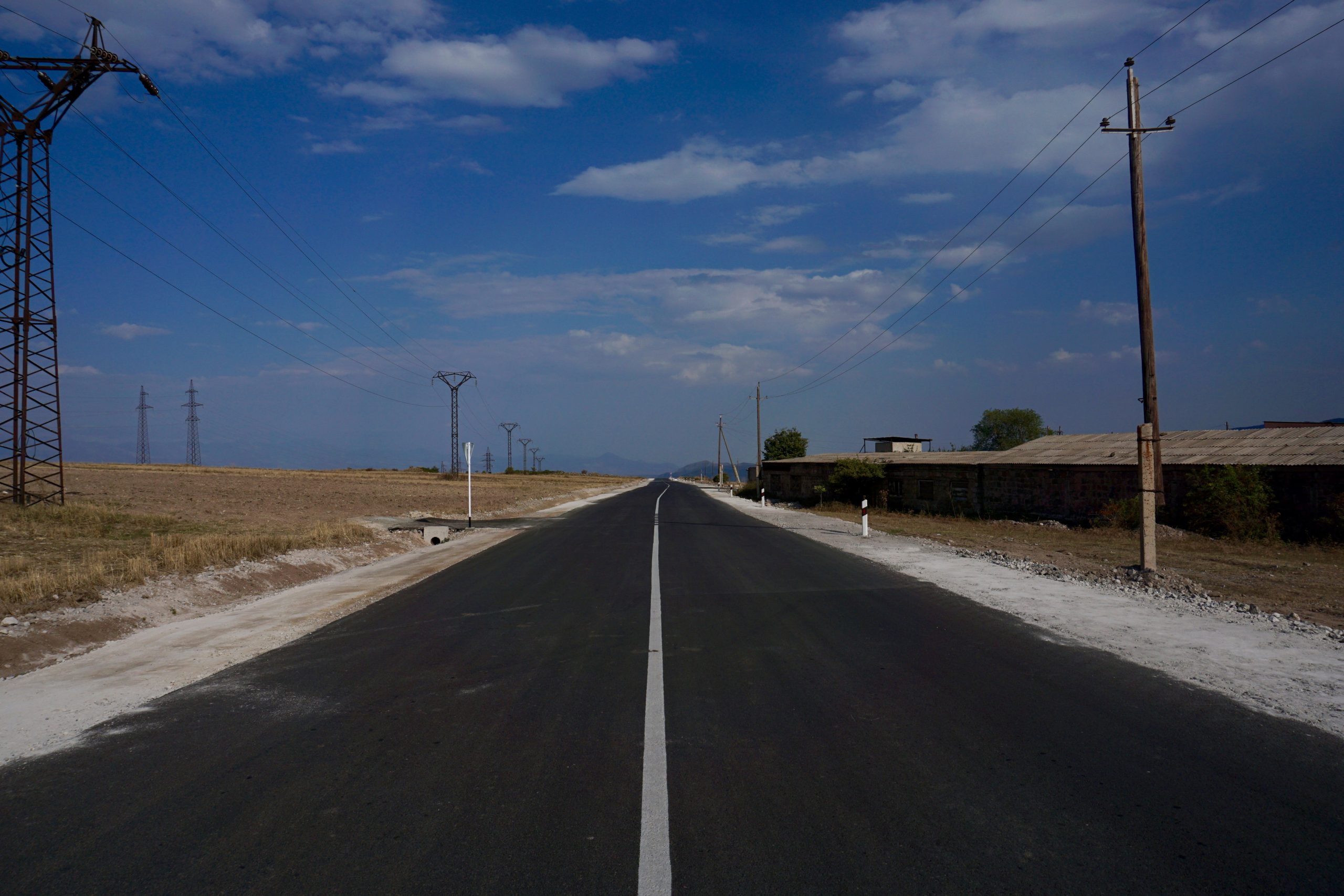 But first to these very special features of this area. There used to be three villages on the canyon slope: Khot, Shinuhayr and Halidzor. When the Russians came, they wanted to bring development to this area, the people should have more comfortable houses and probably also factories to work in. But instead of improving the old settlements, they just built three new settlements up on the plain. The people have all moved. Here is a view of New Khot: 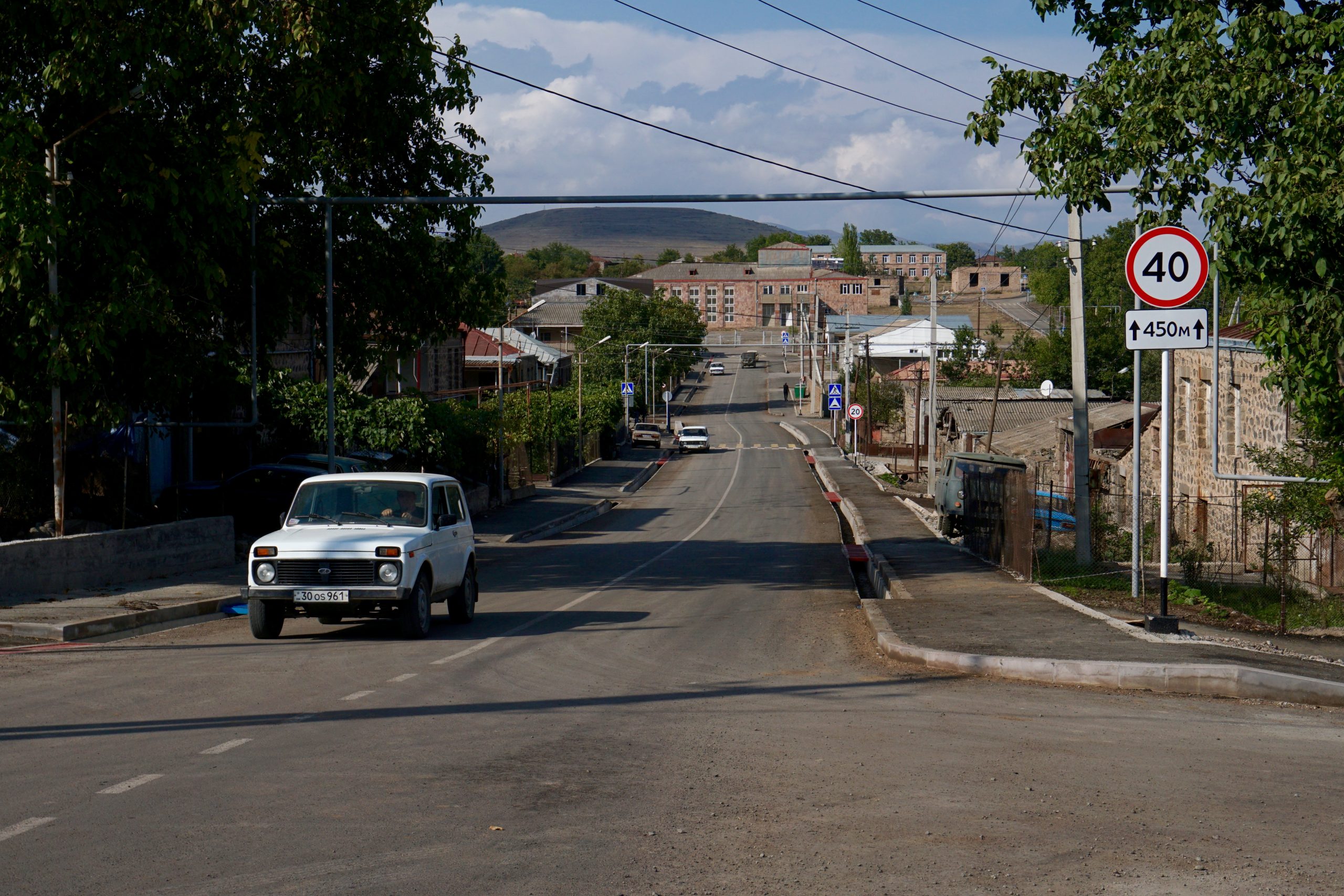 I continued hiking on this fancy asphalt road to New Shinuhayr because it was the only place with accommodation. There was also an abandoned sports shoe factory there. 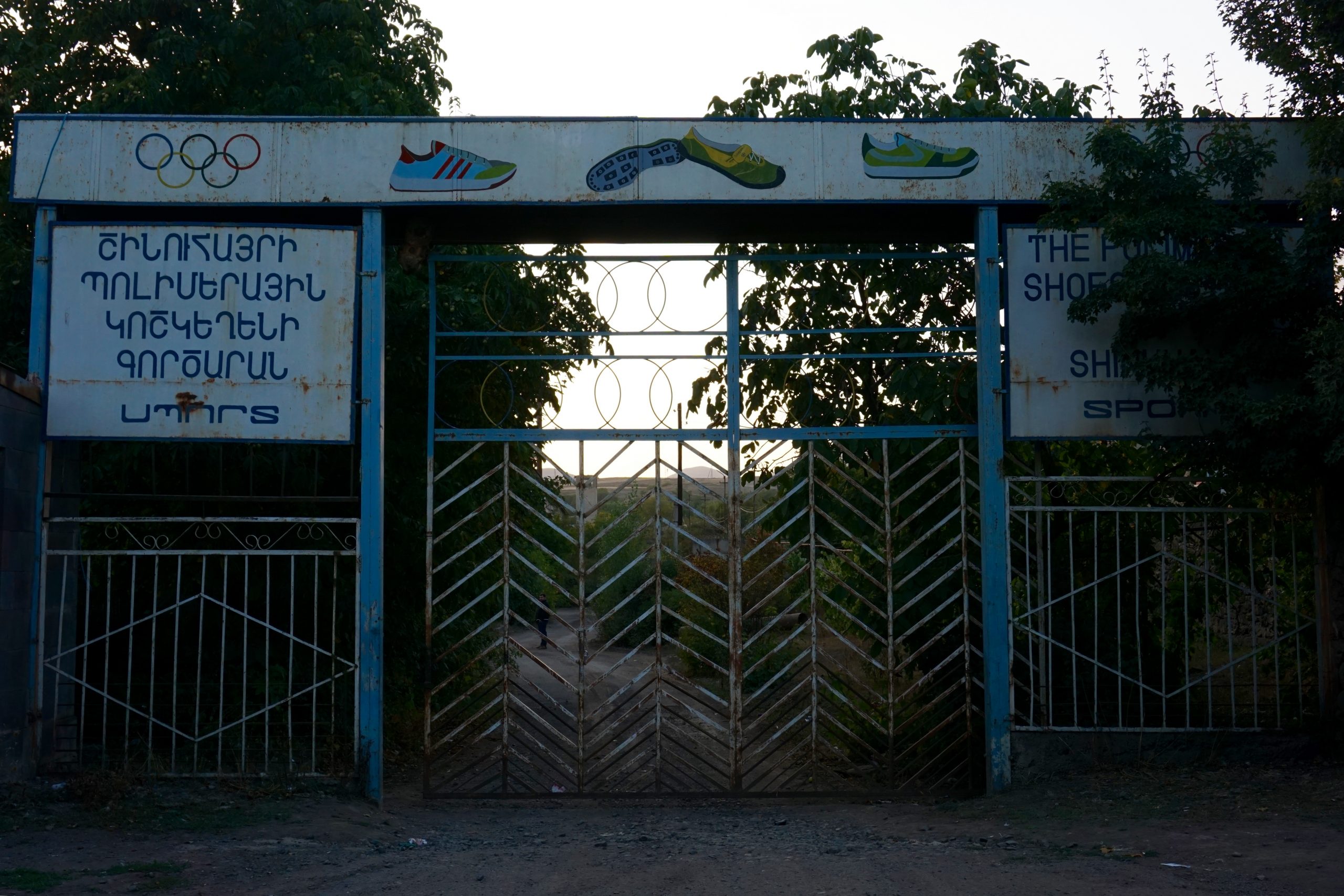 So this hiking day was quite interesting and varied. The next day I was supposed to walk back along the asphalt road and then descend into the gorge to the abandoned old settlements. I was excited!