So in the morning I walked this asphalt road again and had a new dog problem. A man was also walking down the road and he had a big dog that ran back and forth and yapped a lot. I was afraid of him (maybe unfounded, but I have been afraid of dogs since childhood). I thought: no problem, I’ll just keep my distance and then I’ll turn off soon.

But it was a problem, the man kept stopping, looking, talking on the phone, smoking, looking again. I also kept stopping. But I wasn’t really making any progress that way. At some point the man even came up to me – fortunately without a dog. He said something. I tapped on my translation aid that I was afraid of the dog. He looked funny and went on saying something. I don’t know what the translation told him. He then continued walking in the direction of his dog, I slowly followed at a distance, he stopped again often and looked at me. And then finally came a turn-off, which was not the correct one, but I could find my path over it. Whew, I was relieved when it was finally over! 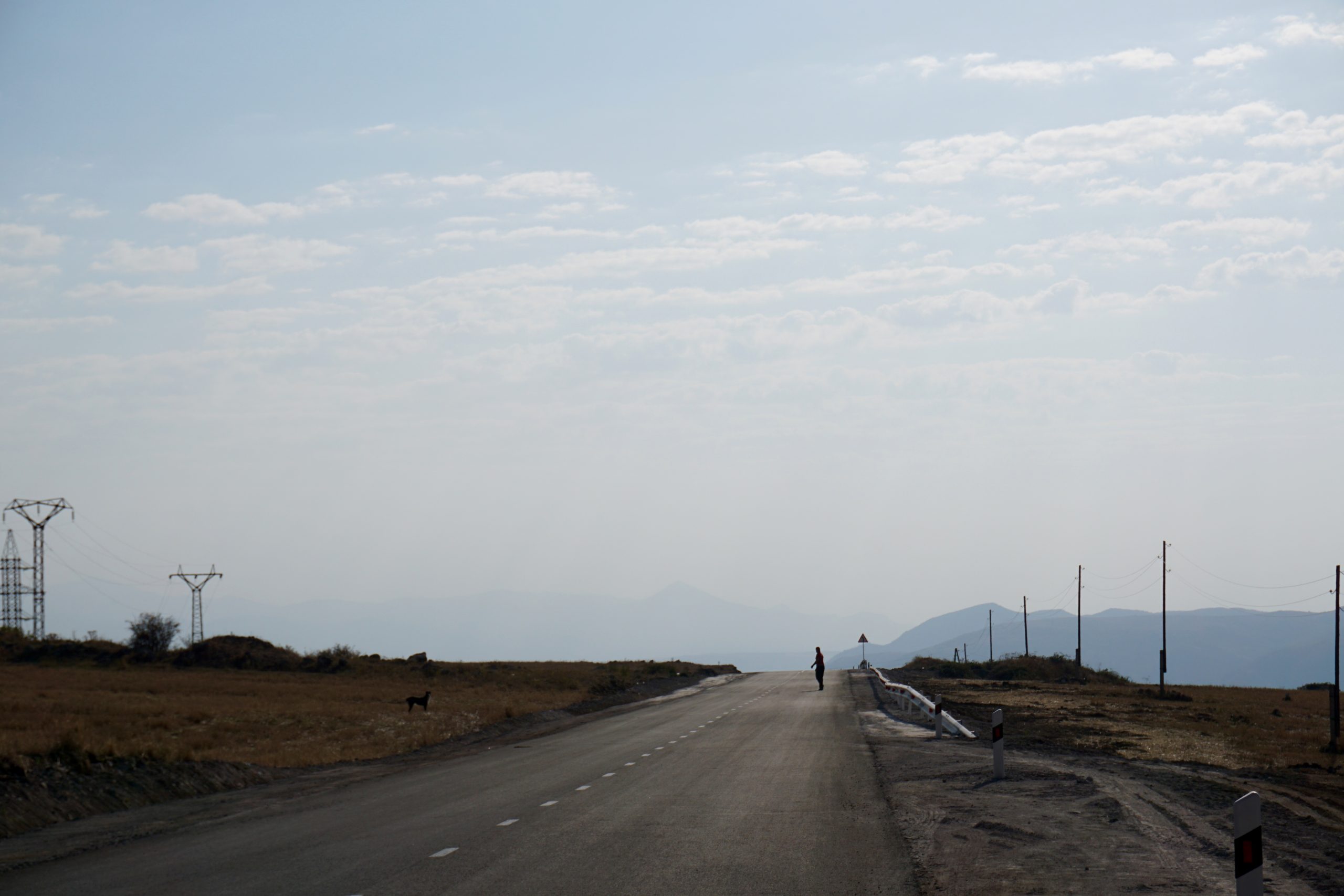 So now I went down this gorge slope a bit and then I could see all the great scenery. Wow! 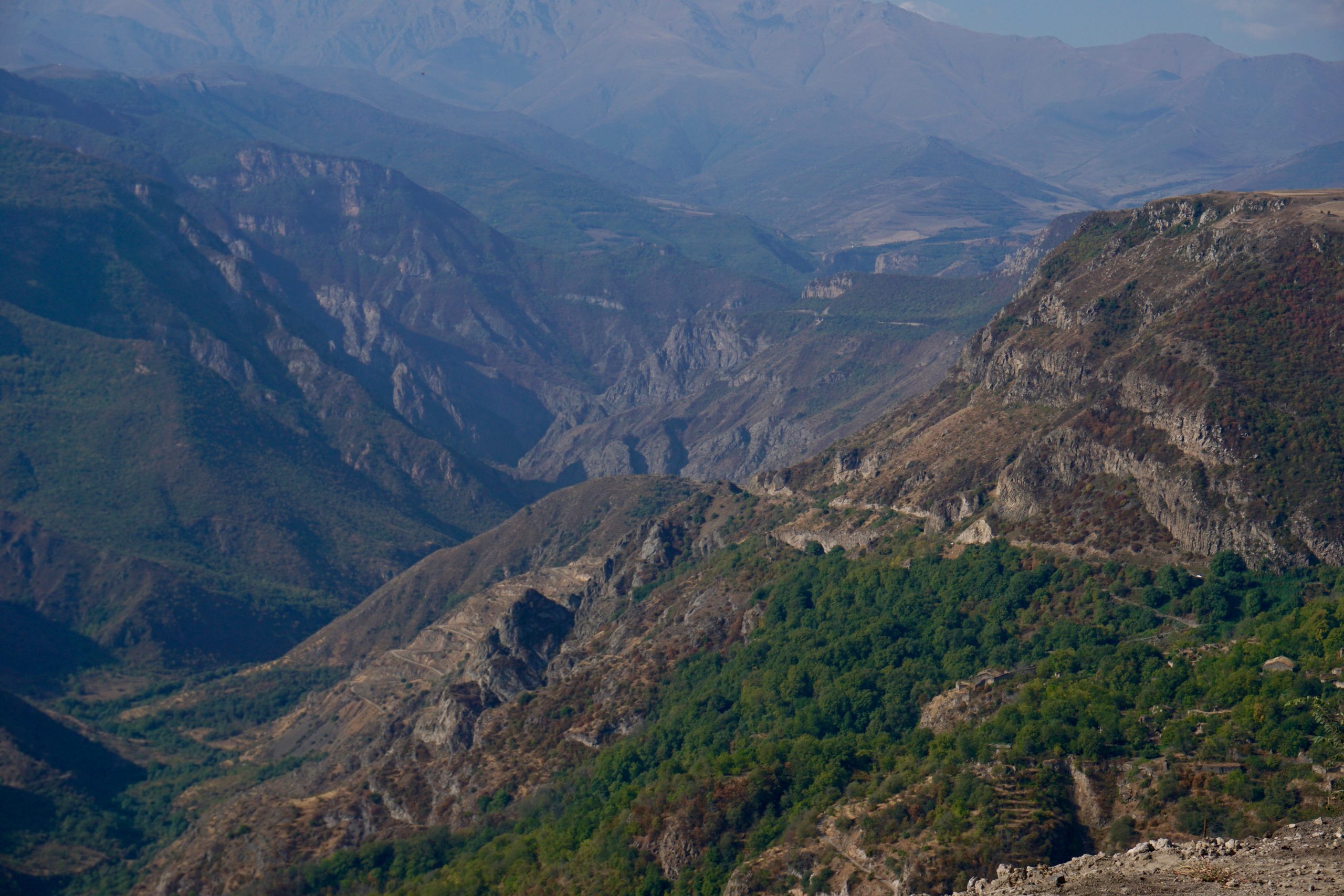 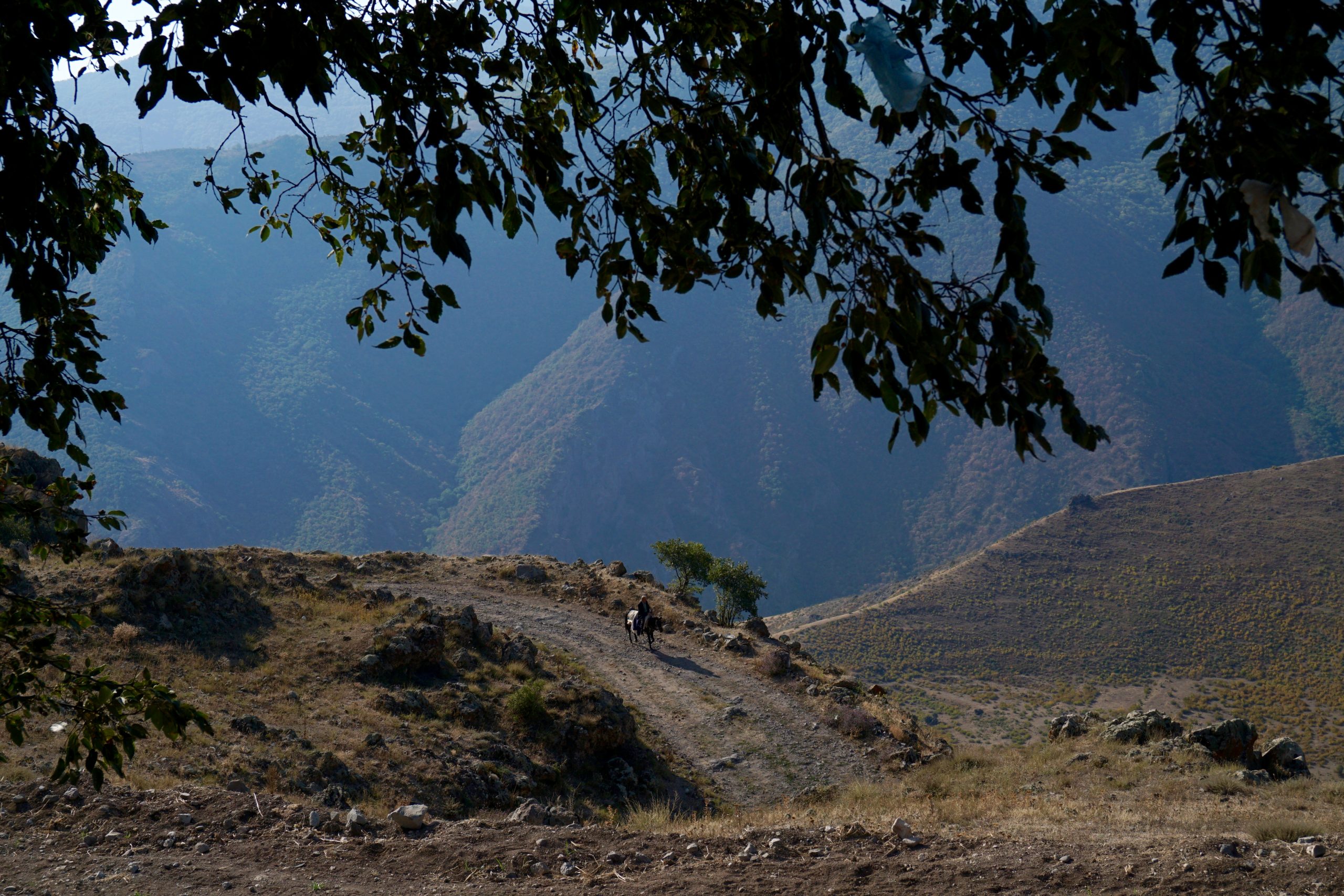 You can already see the next person approaching. Fortunately with a horse and without a dog. 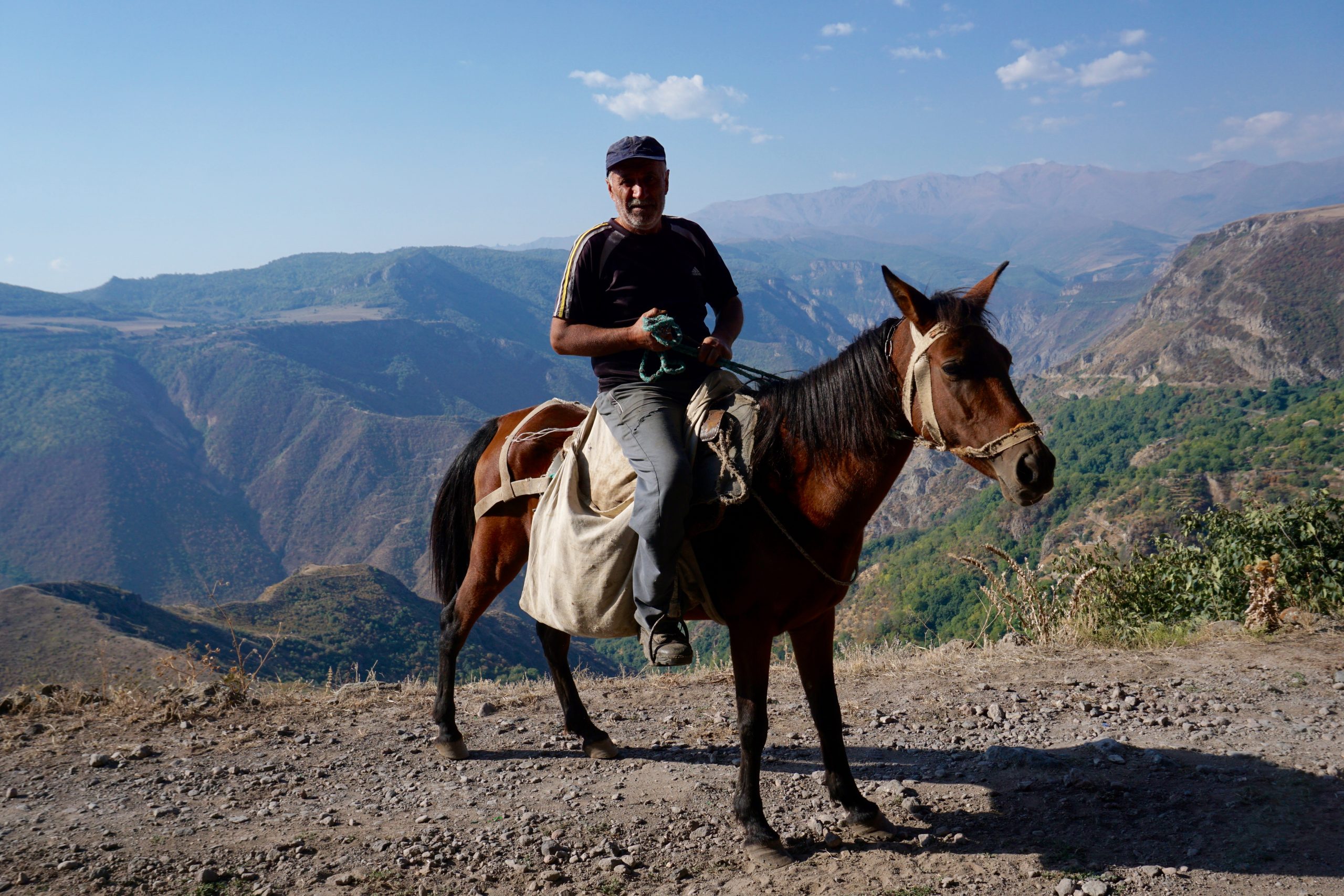 This was a very nice smiling older gentleman and even eager to take photos. He told us about a group that was coming and sure enough! Shortly afterwards, another rider, a guide and 2 tourists came along! However, they were not eager to talk and trudged down. Later I saw them again and heard a few words – I think Russian. They seemed to have a car with them and it was clear that they were not on a long hiking tour. So you can obviously travel differently here 😀.

Their and my first destination was Old Khot, the abandoned settlement. And it was indeed worth seeing. Sandstones, ruins, entrances, abandoned houses, everything there to discover and climb around! 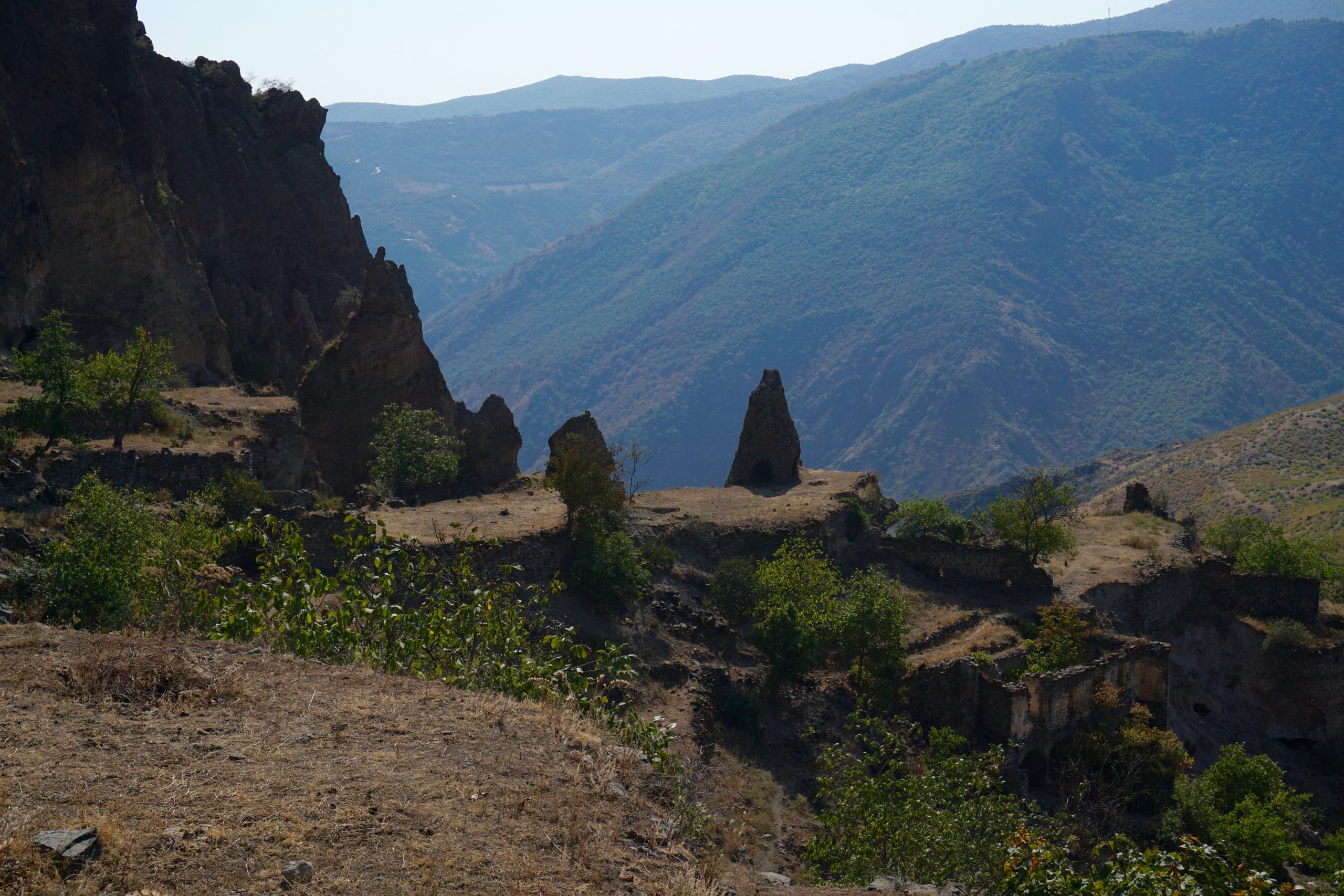 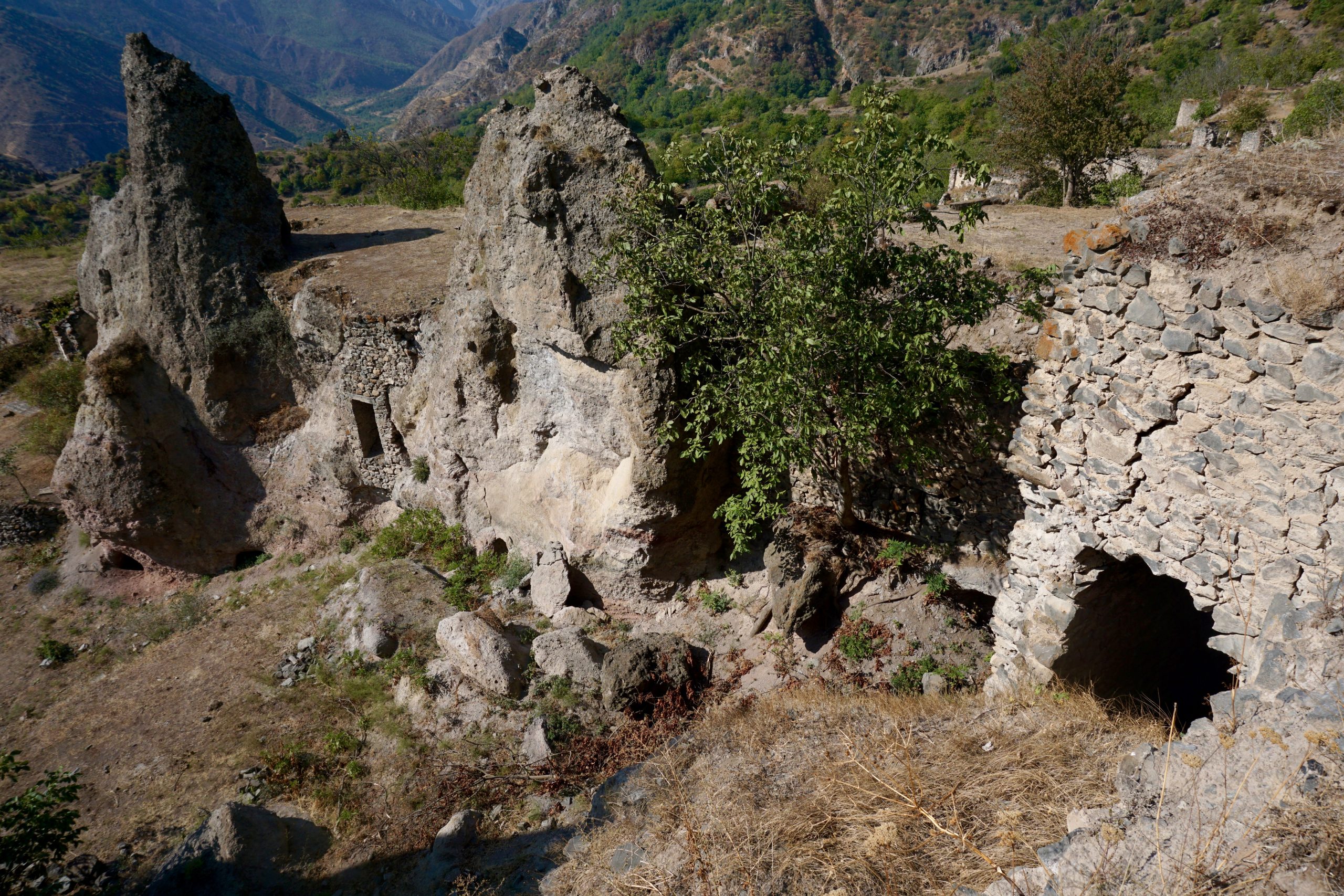 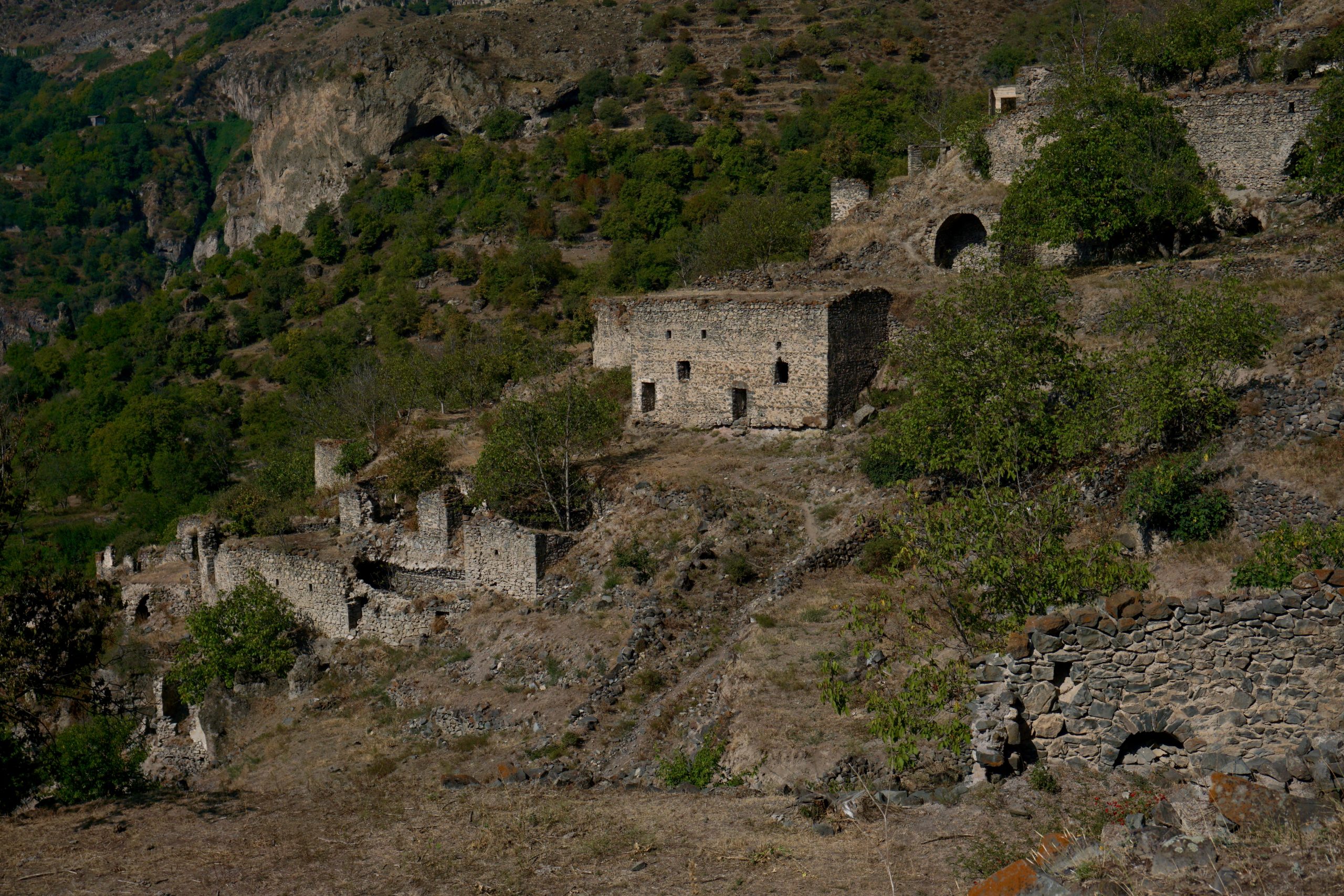 Actually, I don’t have much else to report about the hiking hours. It was mainly along this side of the gorge, sometimes up, sometimes down, sometimes on a narrow path, sometimes on a wider path and always pretty to look at. The views changed and so I took one landscape photo after the other. I hardly met any people. But there were some who still had vegetable gardens or fruit and nut trees there. 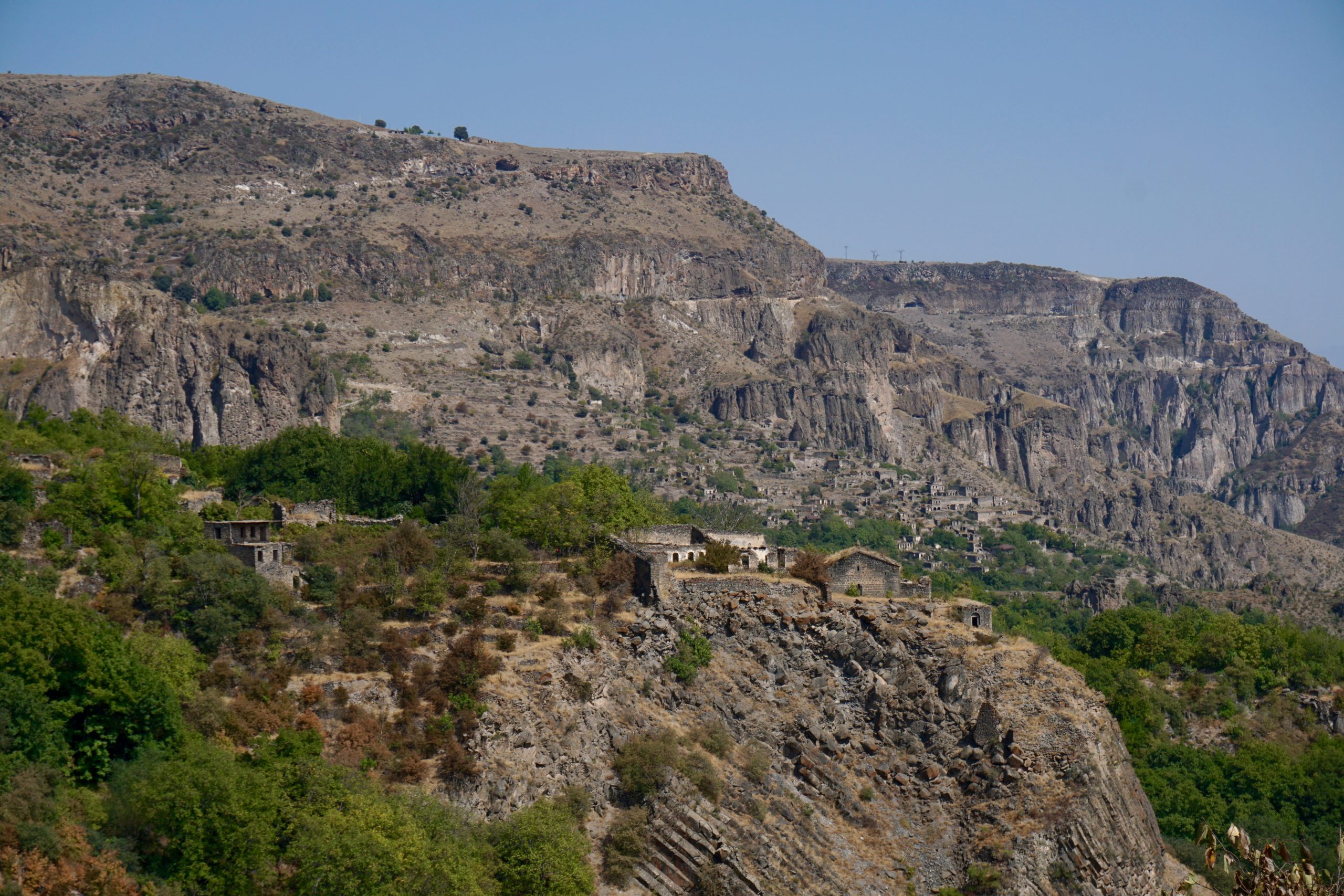 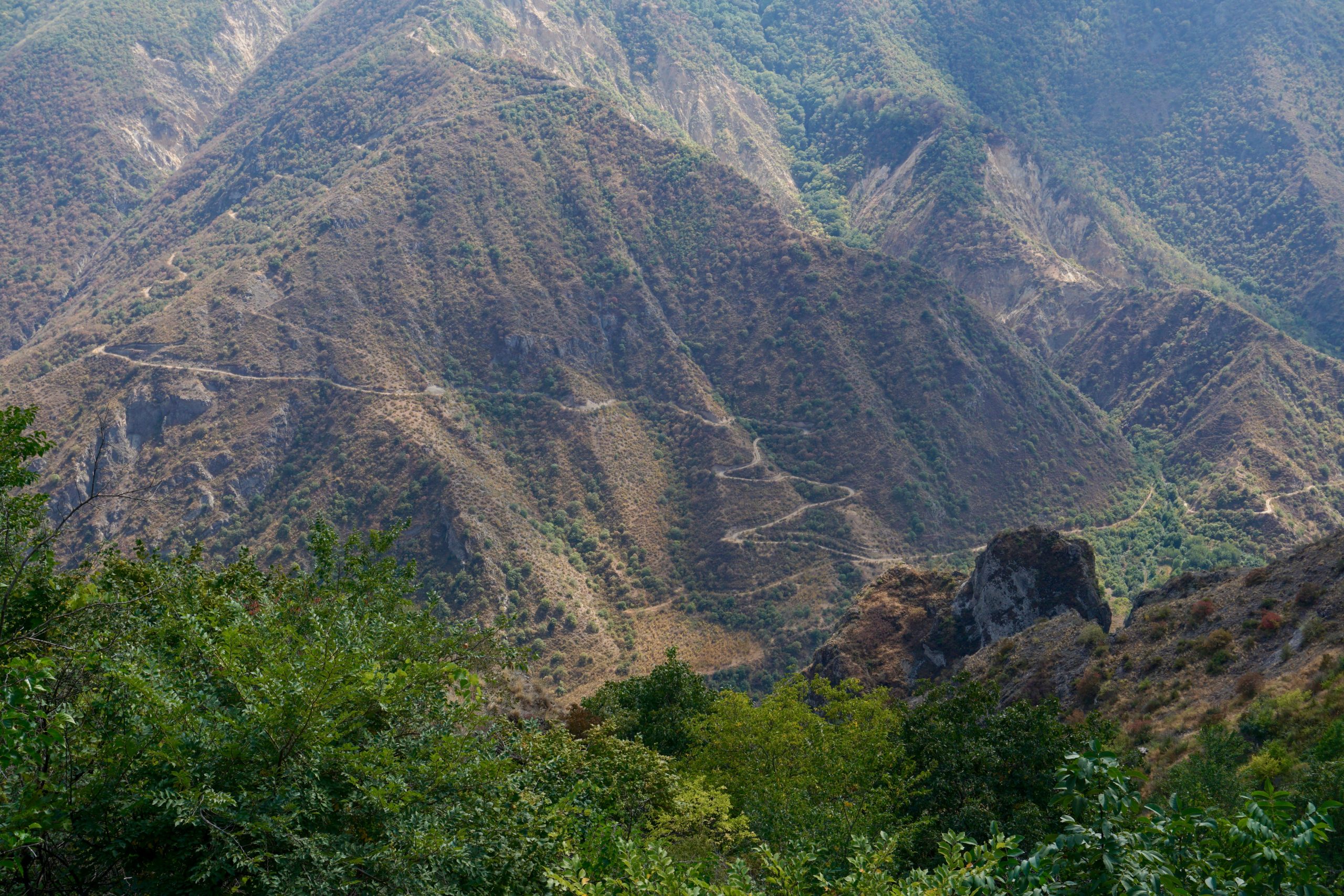 Across the way, a clear path pointed upwards, but that was not mine 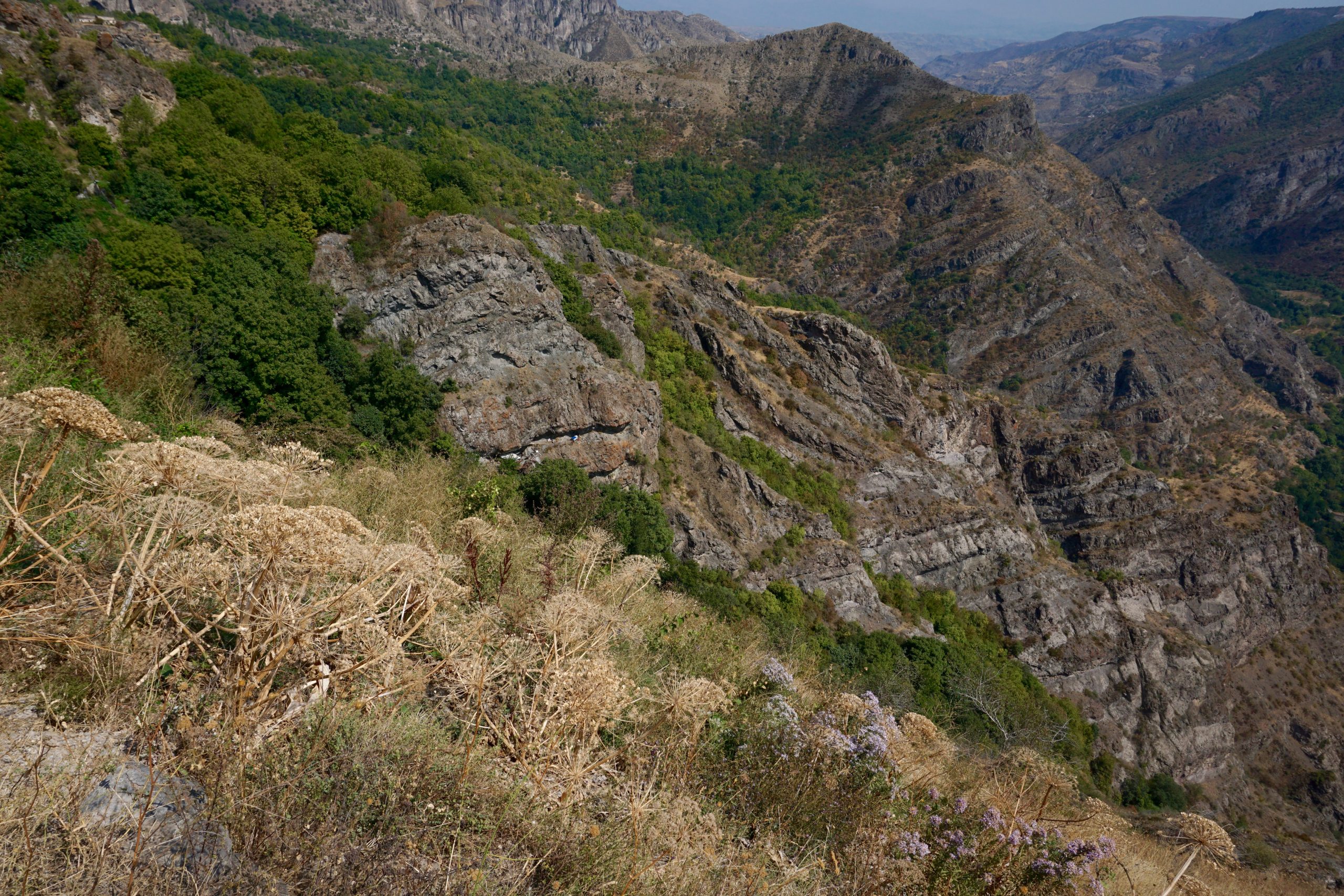 many rocks, many shrubbery, many beautiful 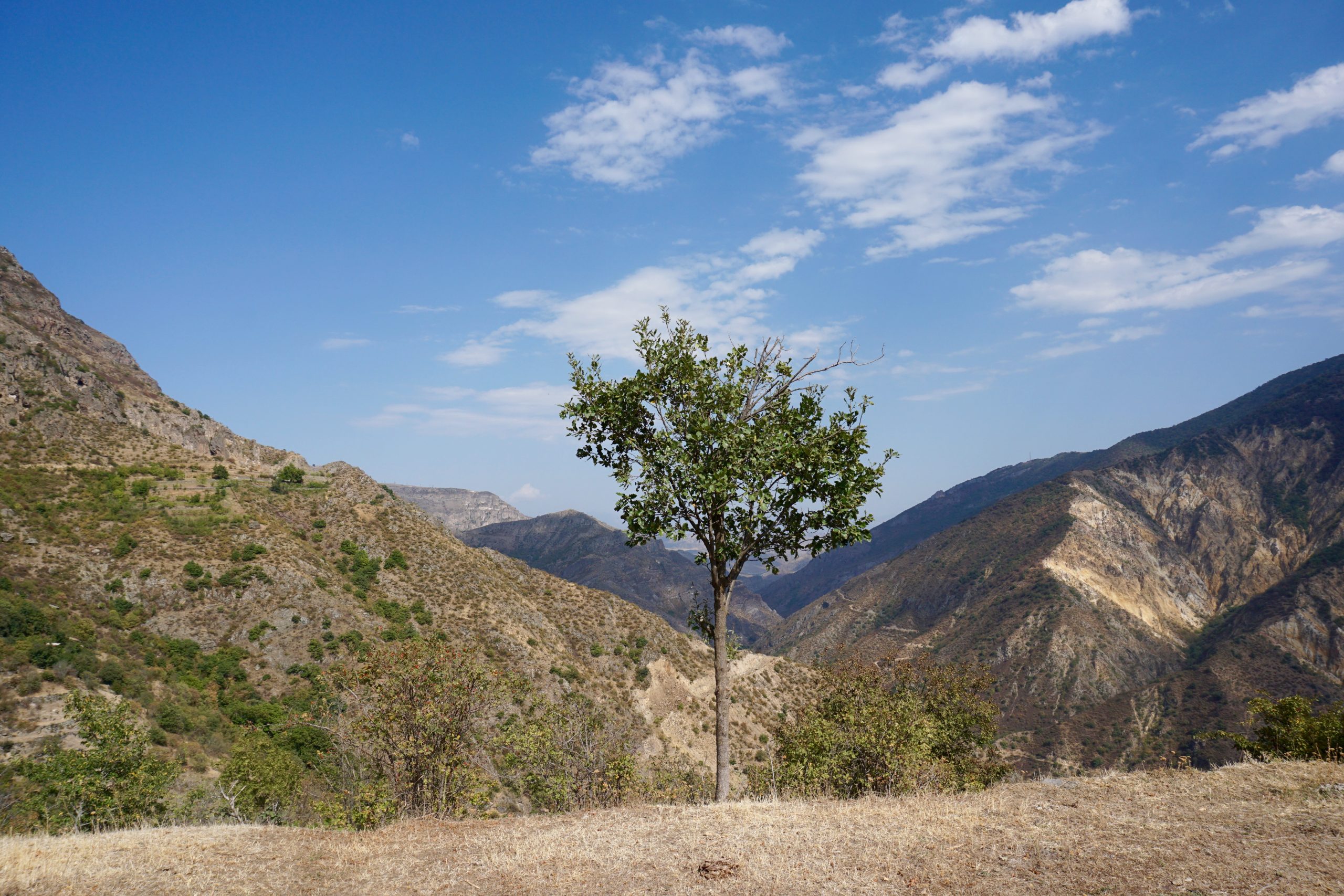 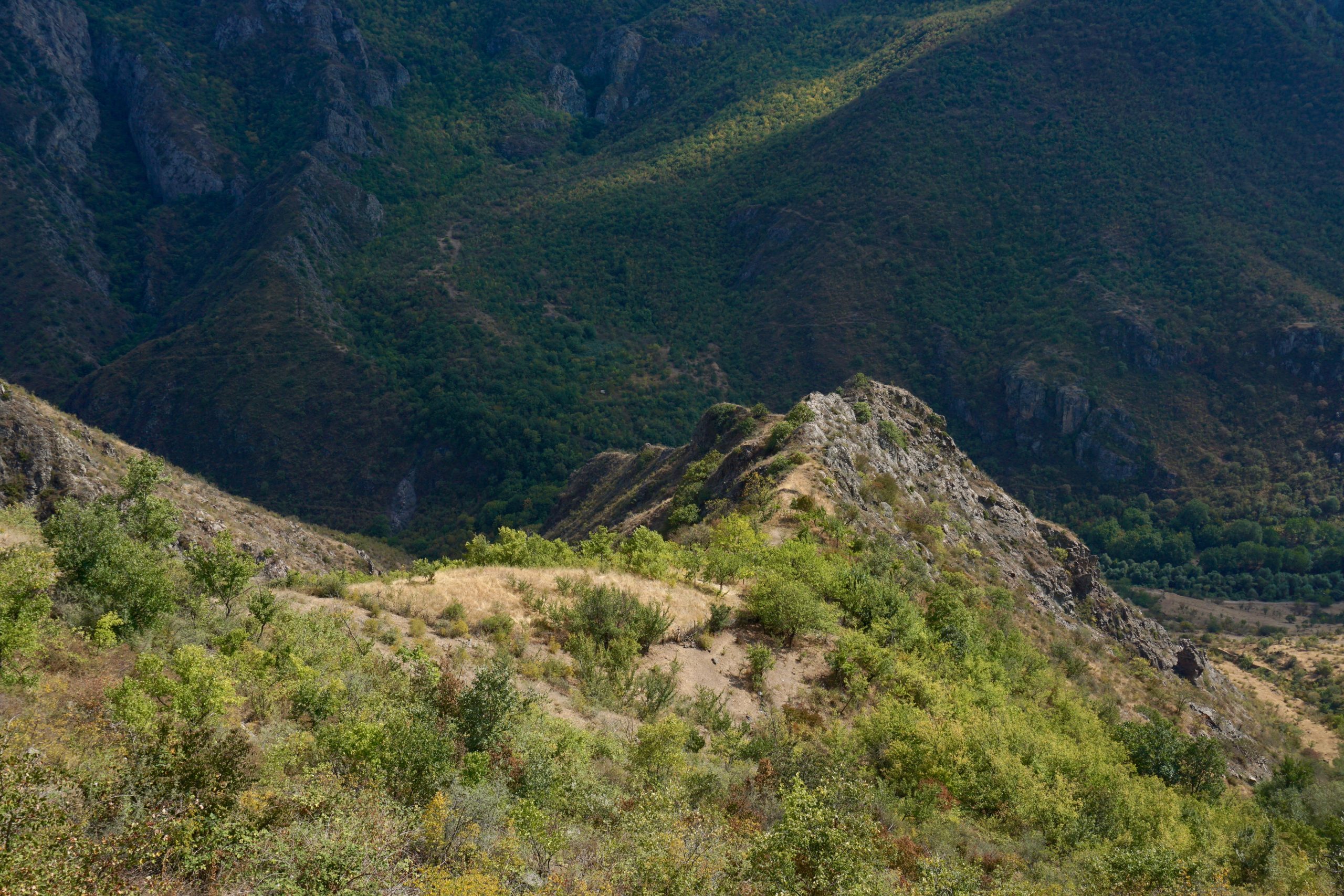 If then there is some shade: all the more pretty 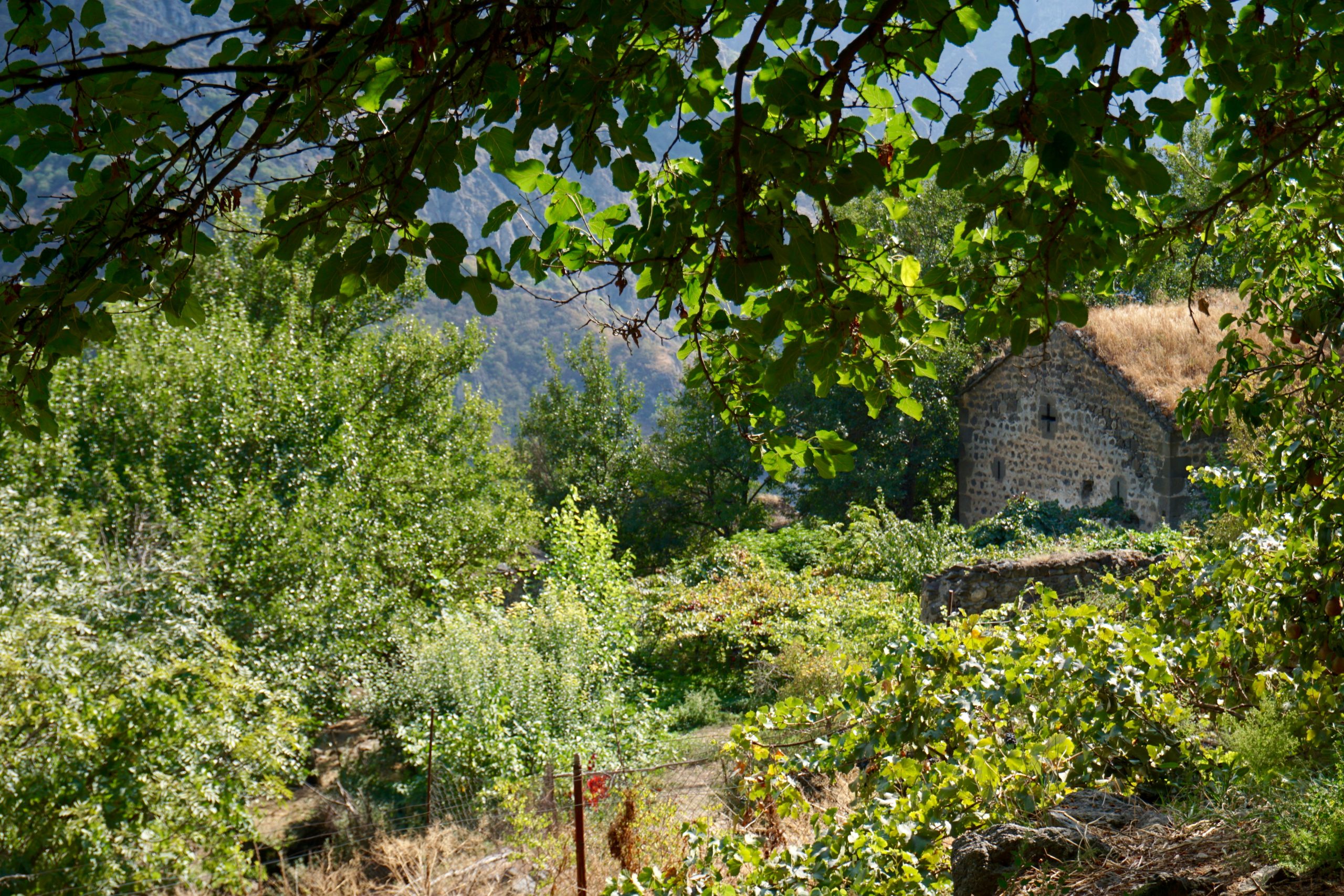 I met one of them briefly, he was kind of wandering (but he only had an almost empty mini backpack and a big water bottle with him) in the opposite direction. He was Armenian and had a girlfriend in Dresden. But he had never been there. And before I could ask more, he hurried on. Here you can see him as a little man on the wide path. 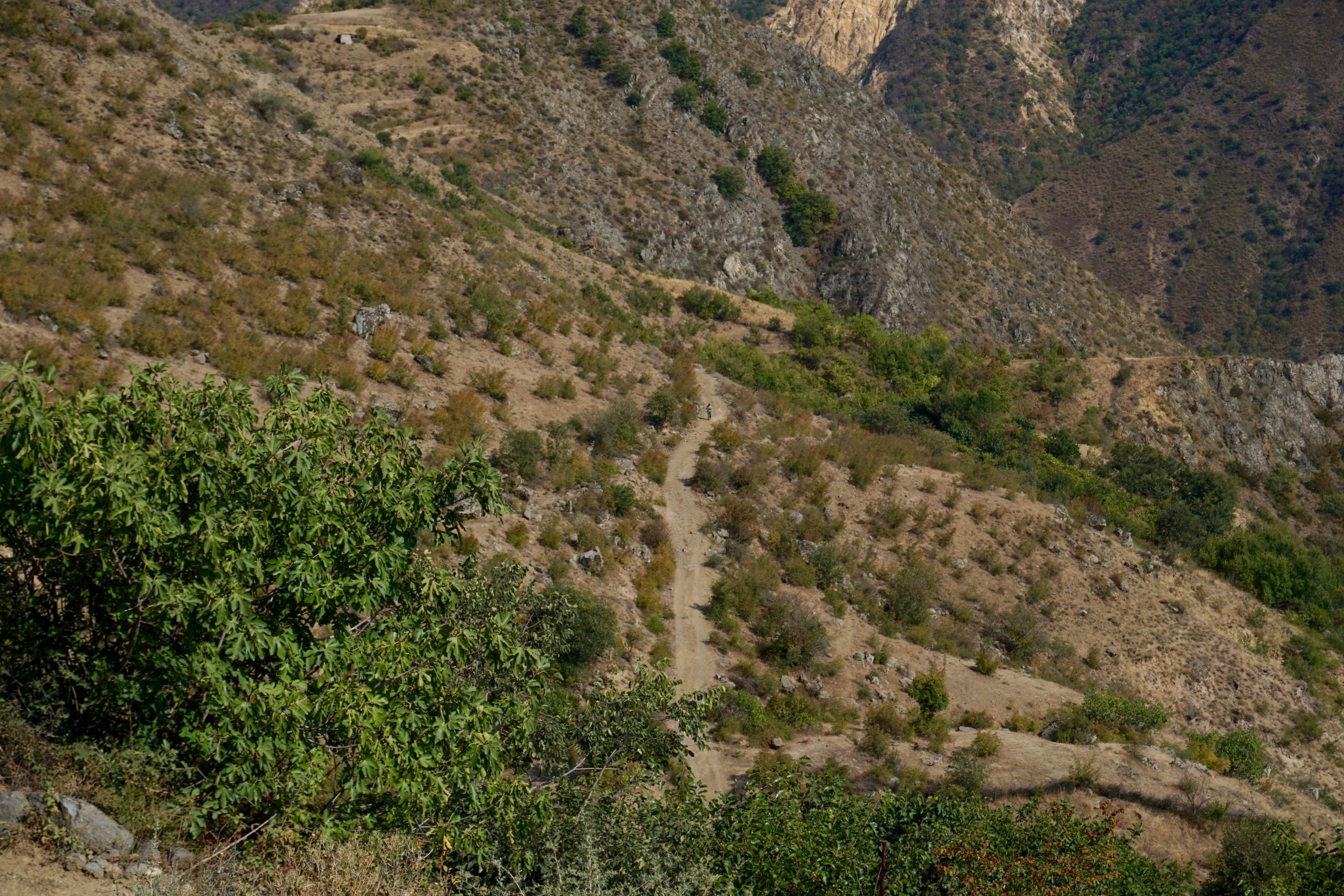 Old Shinuhayr was not so exciting and I only went through Old Halidzor the next day. This day I went back up to the plateau to New Halidzor, where there was accommodation.

Halidzor has a celebrity and it is this one: 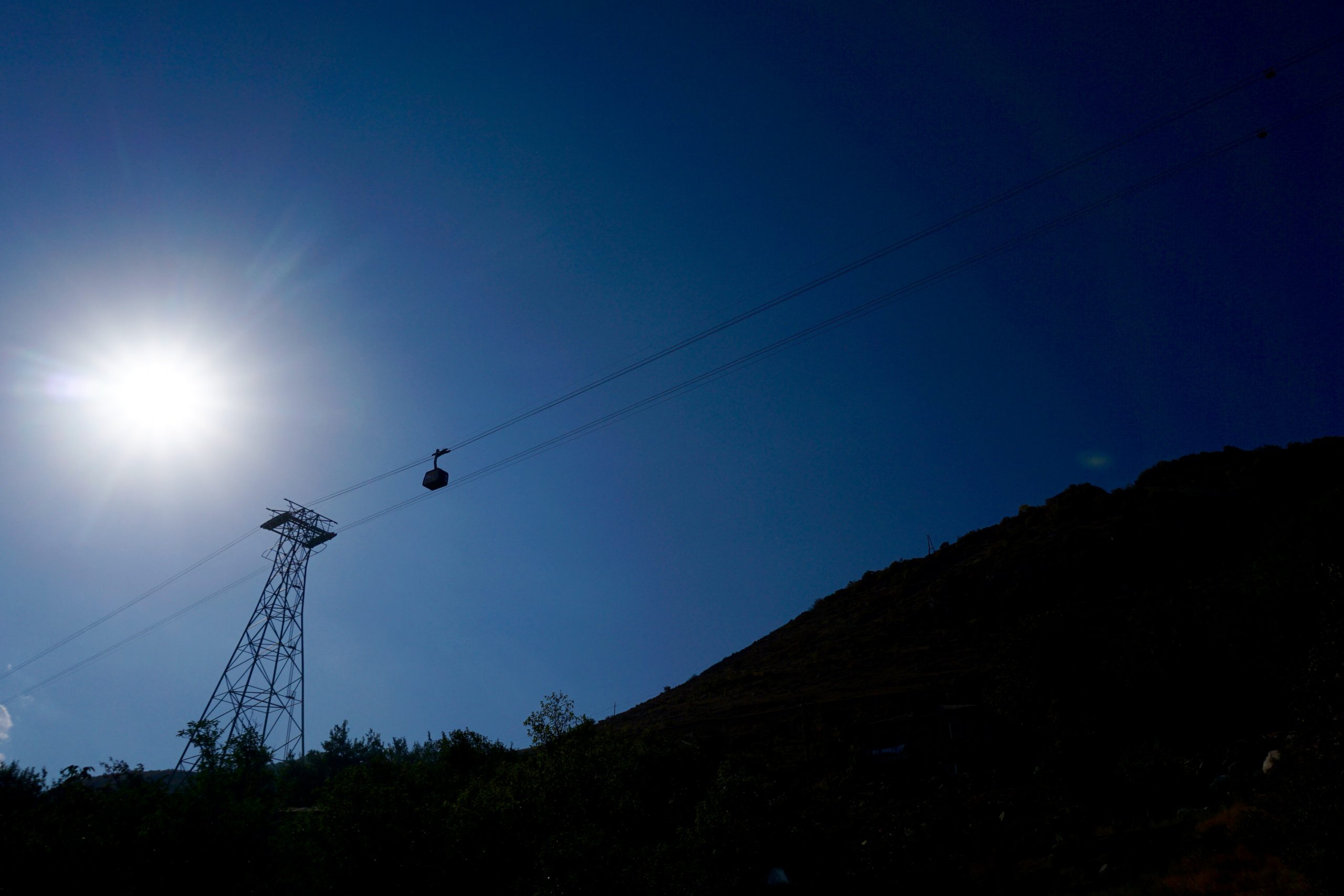 Yes, that’s right, a cable car! But not just any cable car, the longest on a rope! It is 5.75 km long and leads across the gorge to the famous Tatev Monastery opposite. It was built by an Austrian-Swiss company and is supposed to make tourism even more attractive. I now had the choice: down to the gorge and up again on the other side – or a 12 min cable car ride. The decision comes in the next post 😁.