You can trek in Armenia for many days at a stretch, but you need a tent and the necessary gear. It’s too heavy for me and I find it nicer to sleep with people here. There are not so many options. In the province of Syunik, a longer tour called Legends Trail has been worked out, 148 km long. Because of the many stories. You can buy a small guidebook with maps (I did) and a booklet where legends are written down. However, it is not possible to do the whole trail without staying overnight in tents, but the first 3 days up to the Tatev monastery seemed to me to be a good option.

So the start was in Goris. The sky was its usual blue again. I met a dog that I was not afraid of and that was very eager to take pictures. 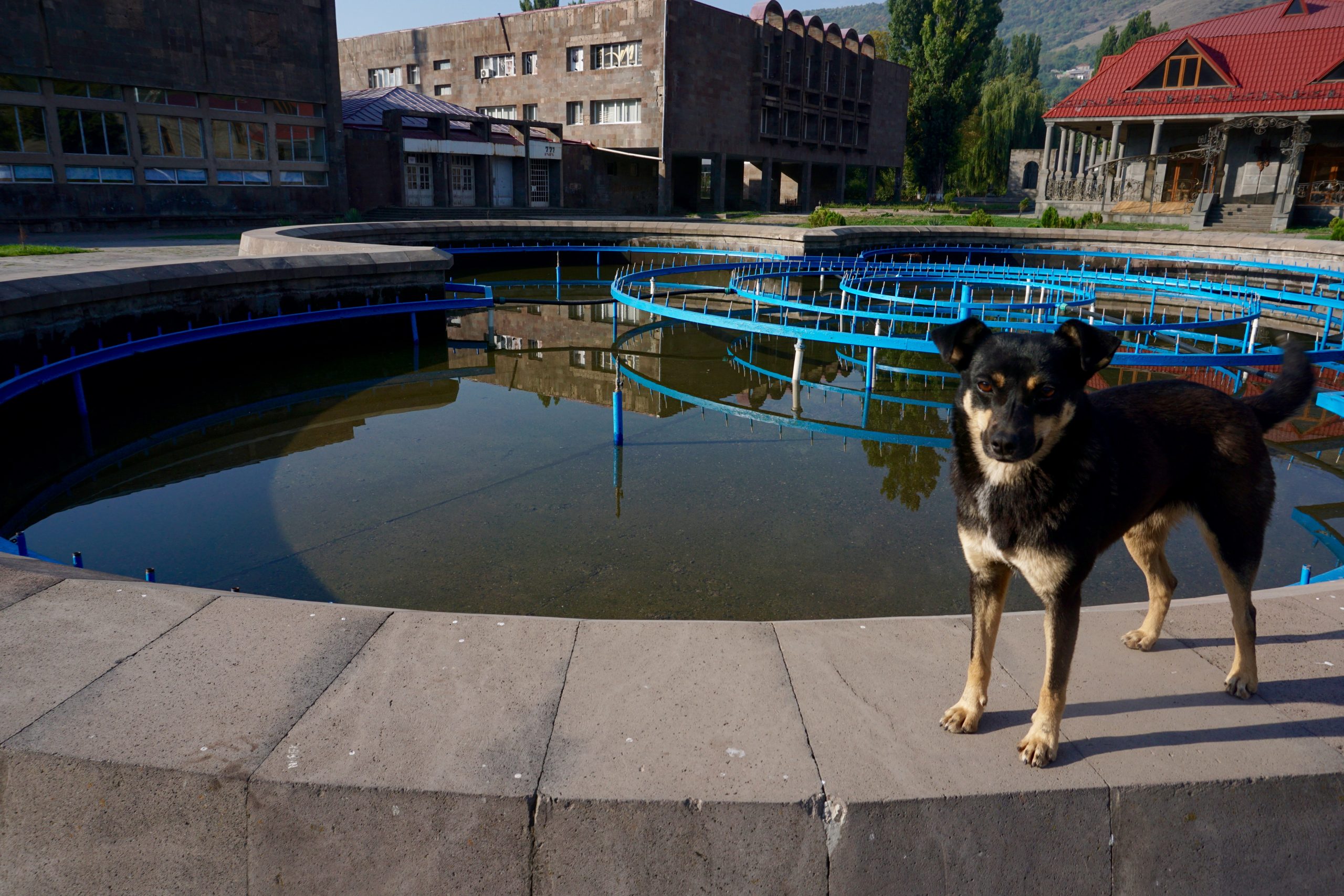 Actually I wanted to take the picture without the dog, but he just jumped in front of the lens

I don’t mind being photographed, but I’m not at all inclined to take selfies. And because I was always on my own, I almost didn’t have a photo of myself. But then there is one, namely with this reflecting glass: 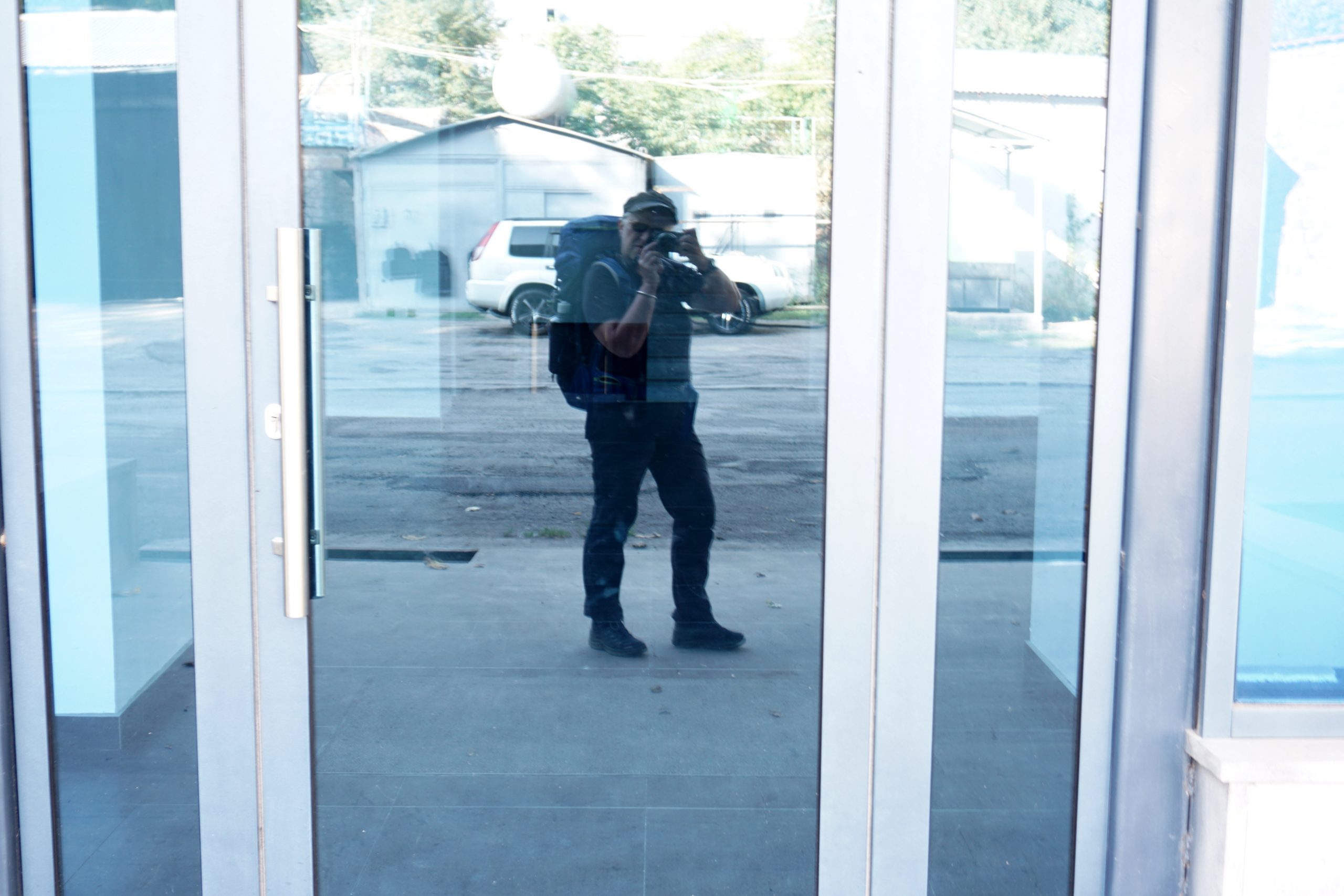 The backpack was not very heavy, I didn’t weigh it, but I didn’t sigh when I put it down. For those of you who still know me with the usual larger SLR camera, I’ve more or less traded it in for a new second-hand system camera. Not everything about it is great, but in principle I’m satisfied – and it’s a huge weight saving. 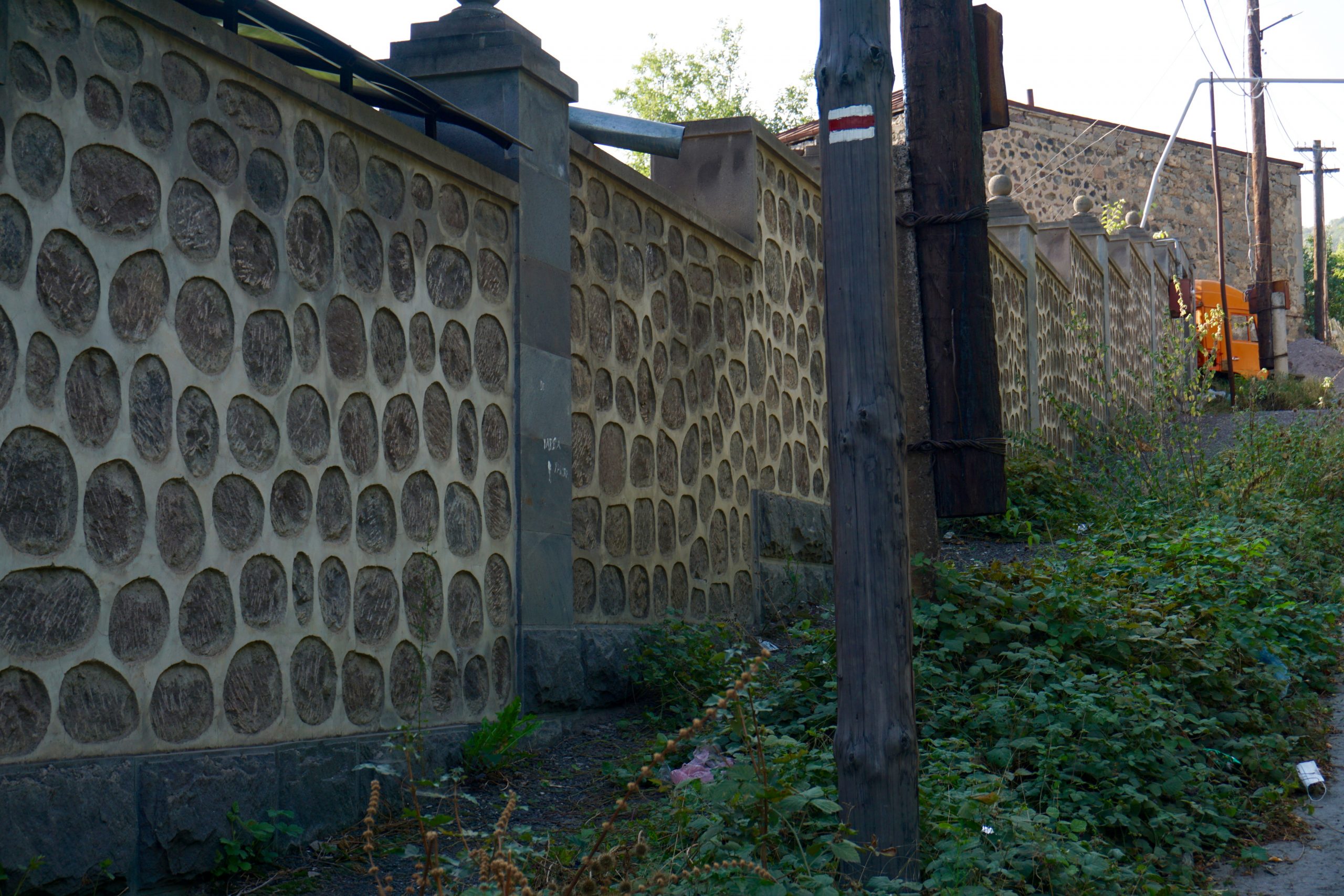 However, right at the last house, an obstacle stood in the way: a wildly yapping dog. No owners were around. Behind me, two women came out of their houses and looked and assessed the situation in such a way that it was not a good idea to try to get past the dog. I should definitely retreat. But how should I then continue my hike? I consulted Maps.me: there is a diversion via the big road and then I could climb back up a bit later and meet the path. That way I still had the pleasure of seeing this petrol station: 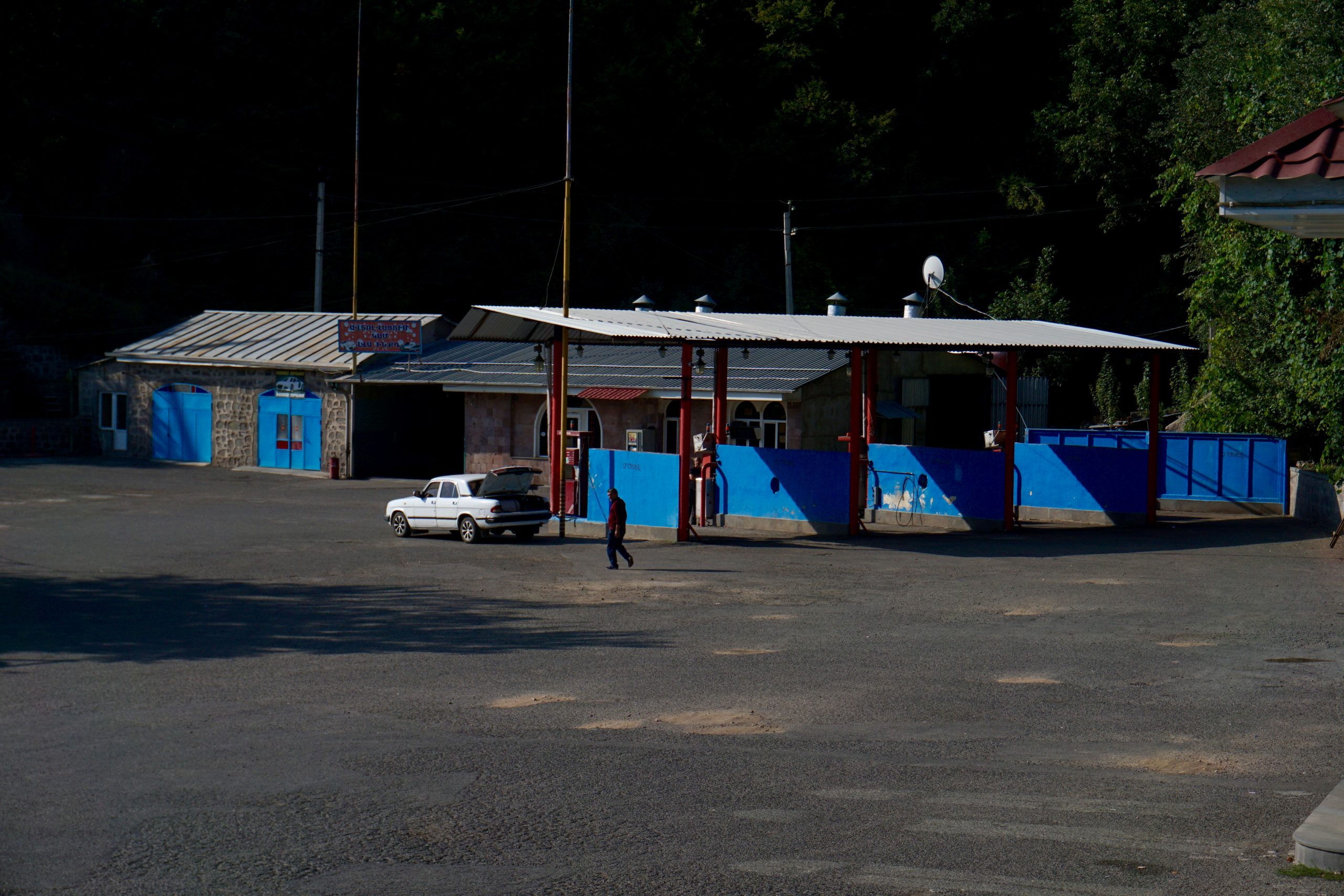 Soon I was in the forest, pleasantly shaded, no grazing animals, no dogs – and I was happy to be hiking – until there were too many small paths and too few markings and I often made the wrong decision. The mobile phone couldn’t help me that much either, I just had to walk back and forth and search around more often. 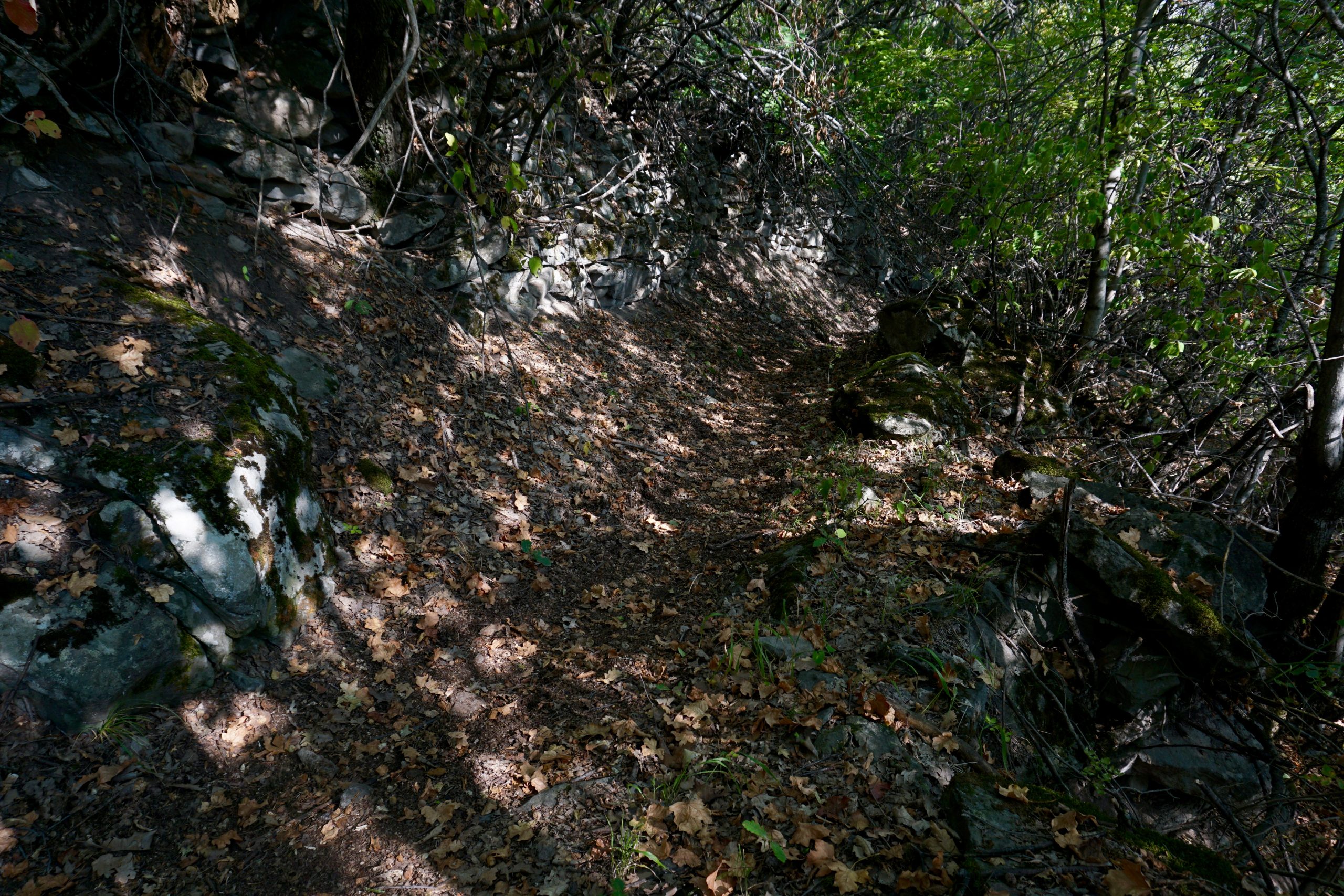 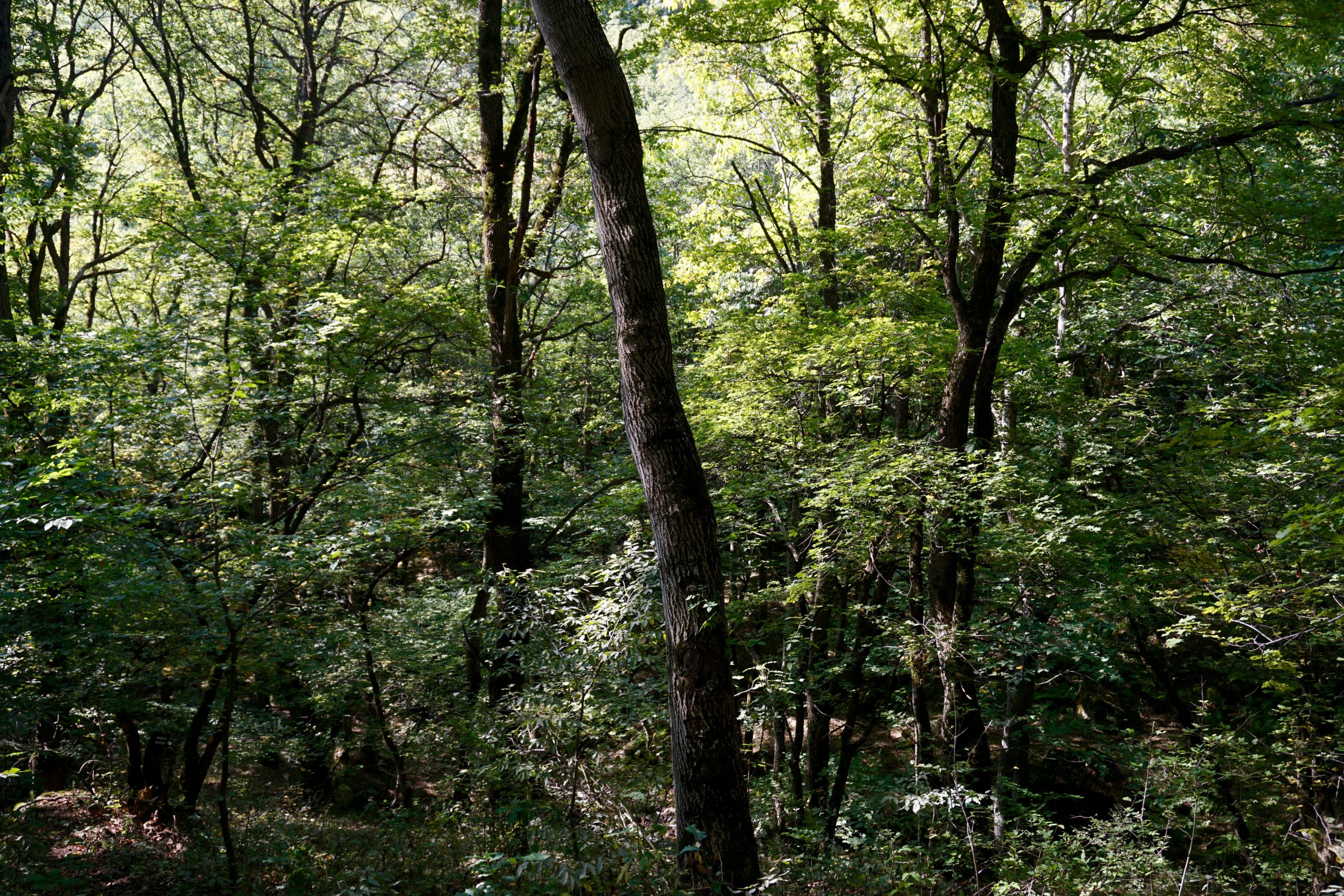 searching for the path

But I persisted and succeeded and then behind the forest was a beautiful view and a large cross. 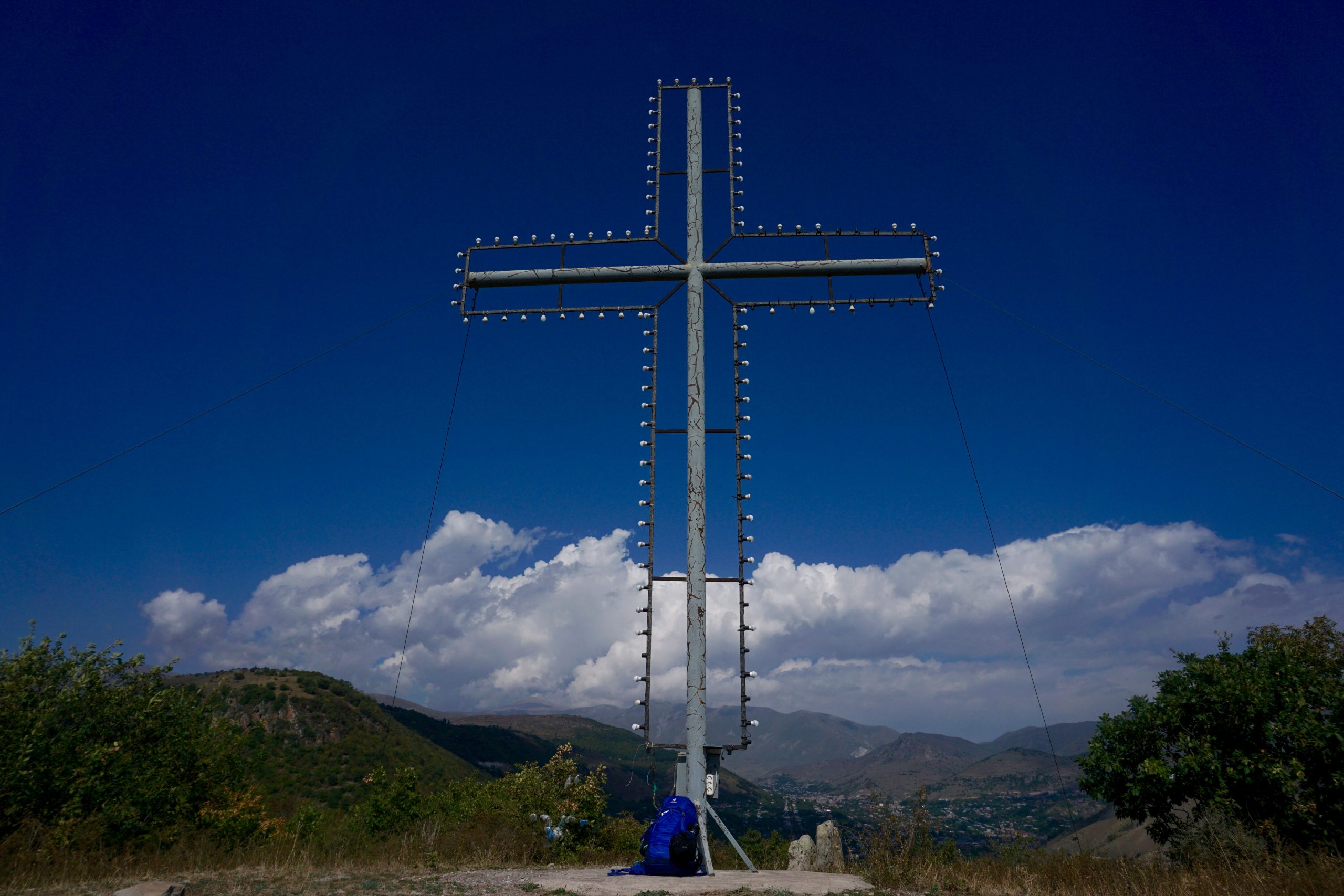 I continued and reached a village: Karahunj. This I crossed 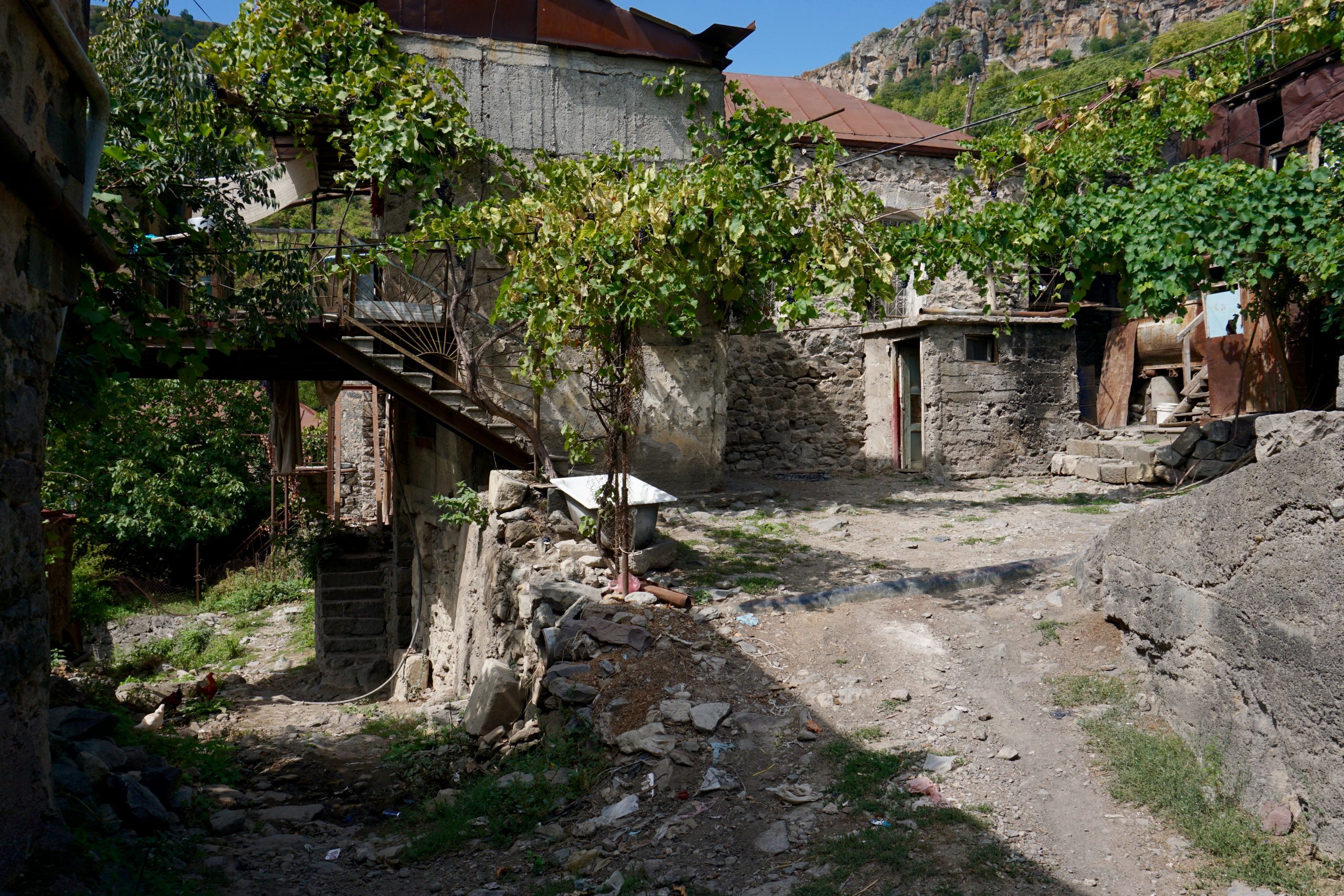 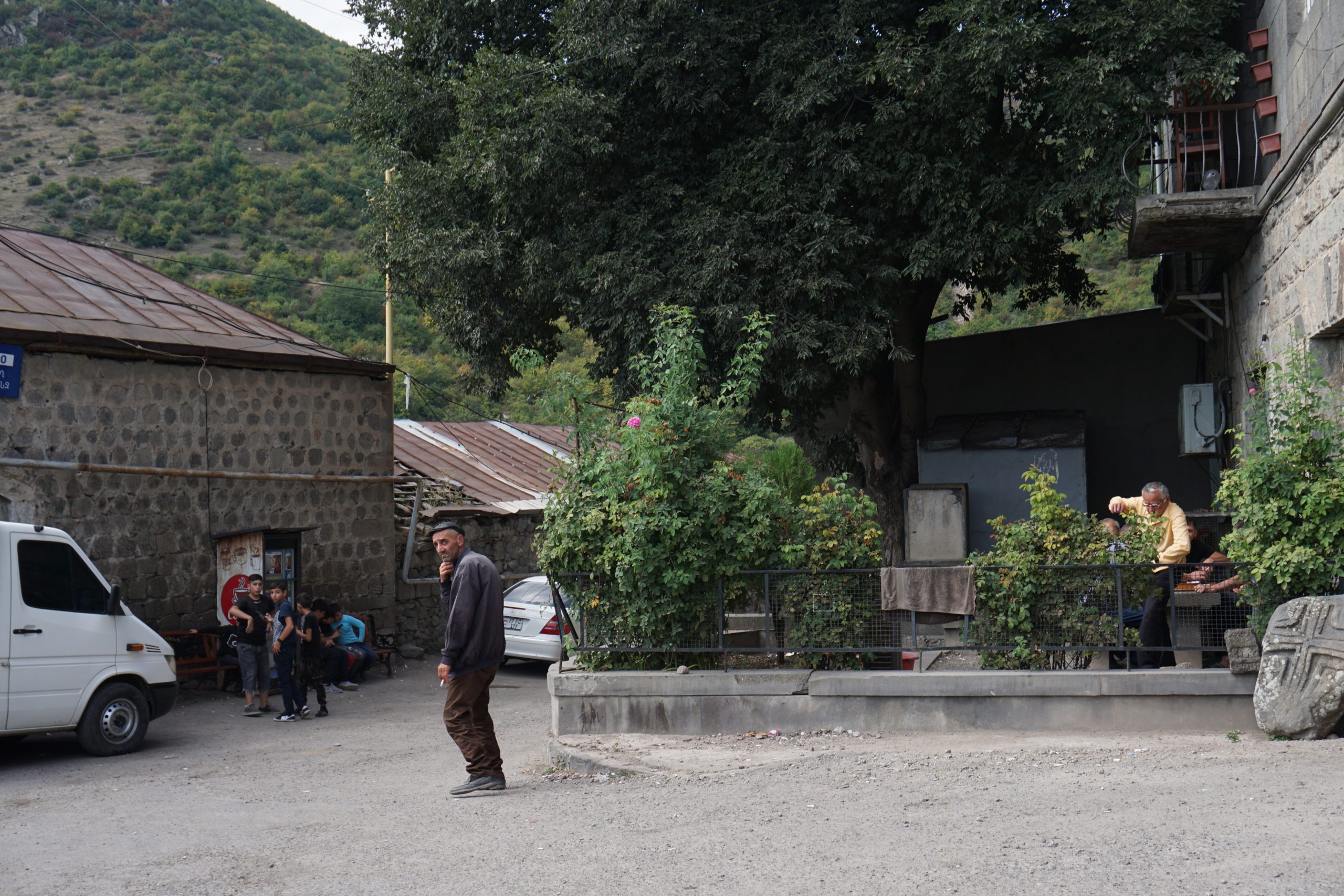 Is anyone surprised that so few people are really in my pictures? They don’t like to be photographed – almost always when I asked, they shook their heads. Only once, a group of women in this village came up to me and wanted a selfie. Of course I took it – and in return I wanted a photo of them. They couldn’t very well say no. Here it is: 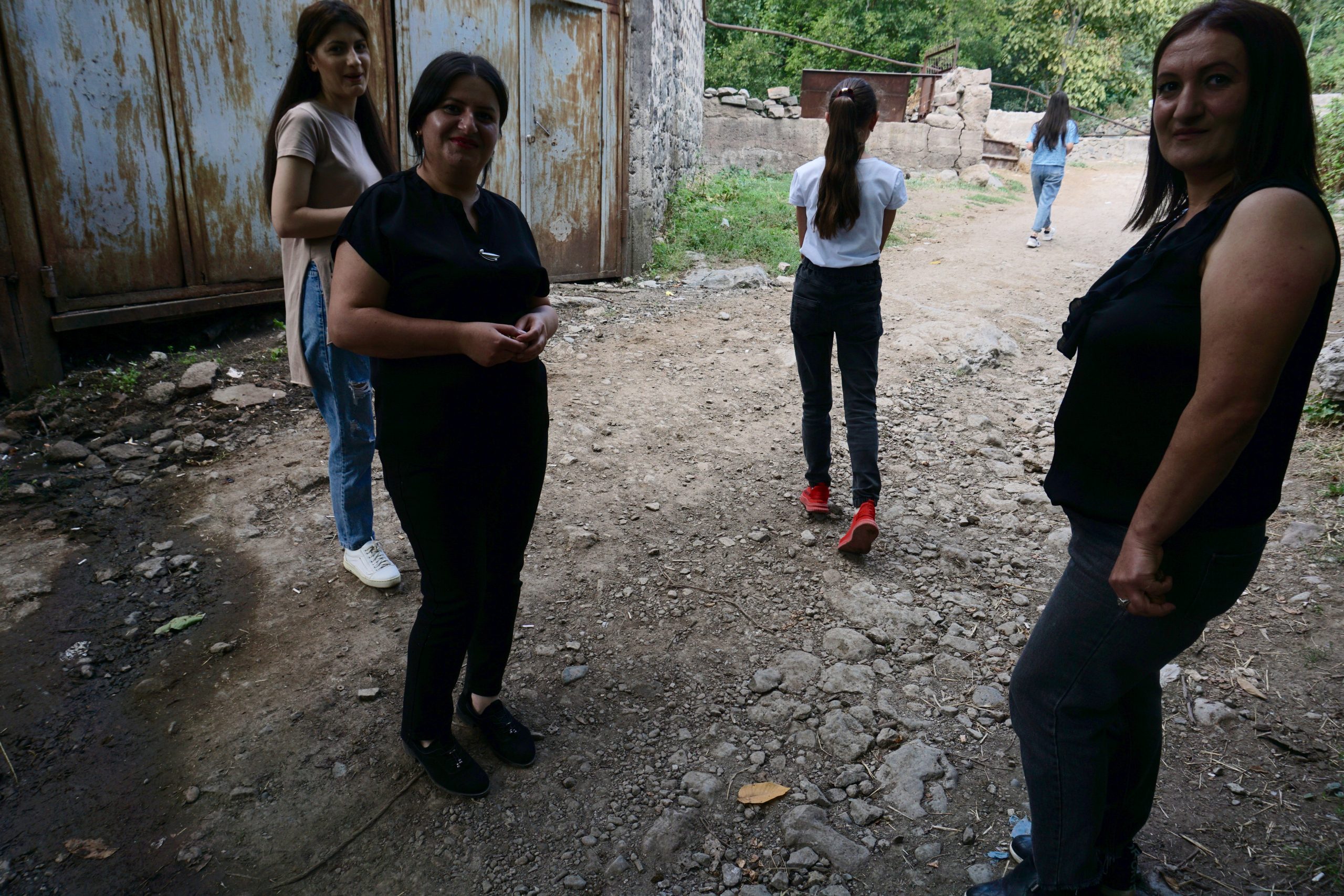 Many people were out harvesting their walnuts. I got many as gifts. Very nice. Then I left the village behind and took a photo look back: 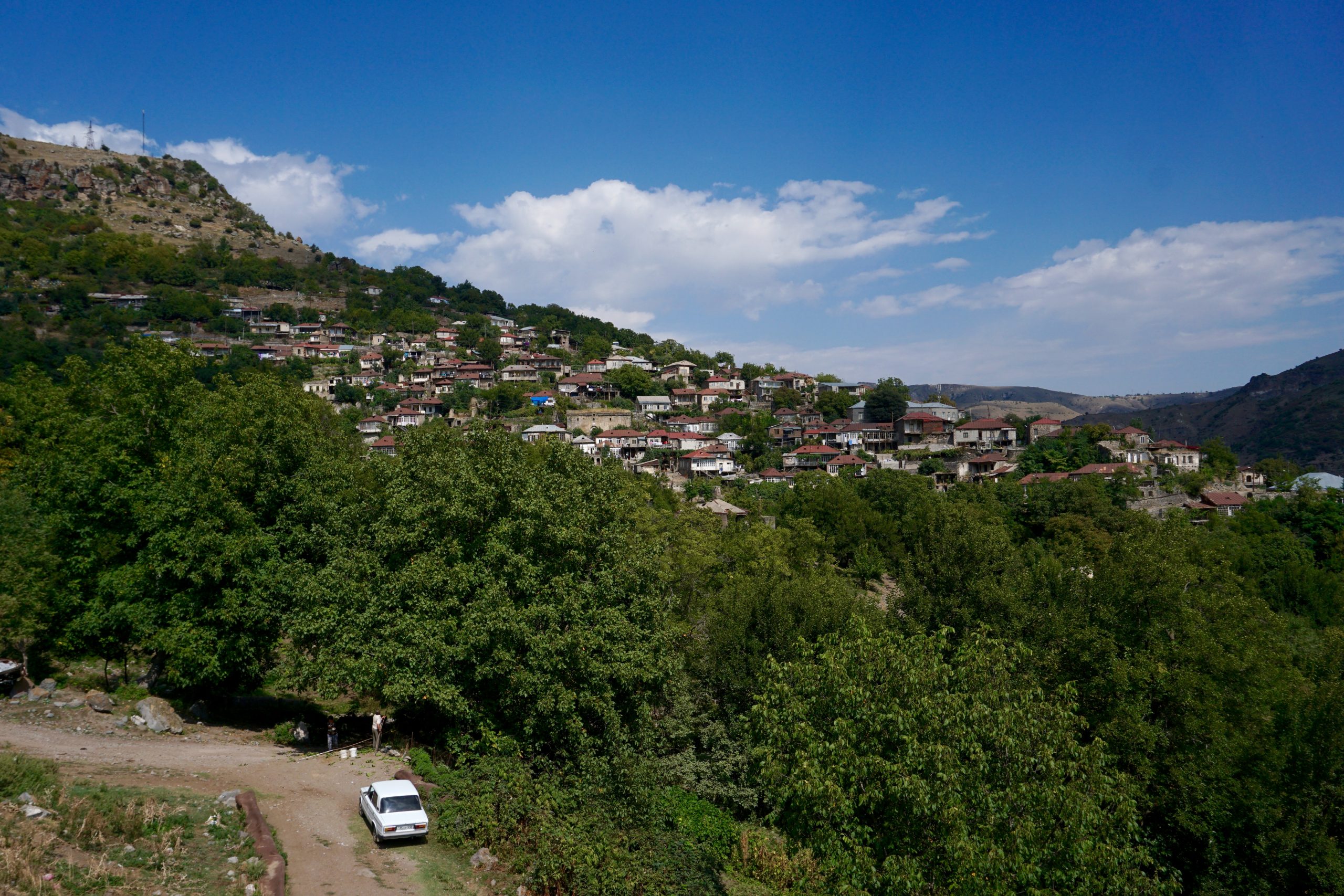 I split this trekking day into 2 blogposts – there was still a lot to see and tell. Curious? Thank you 😀