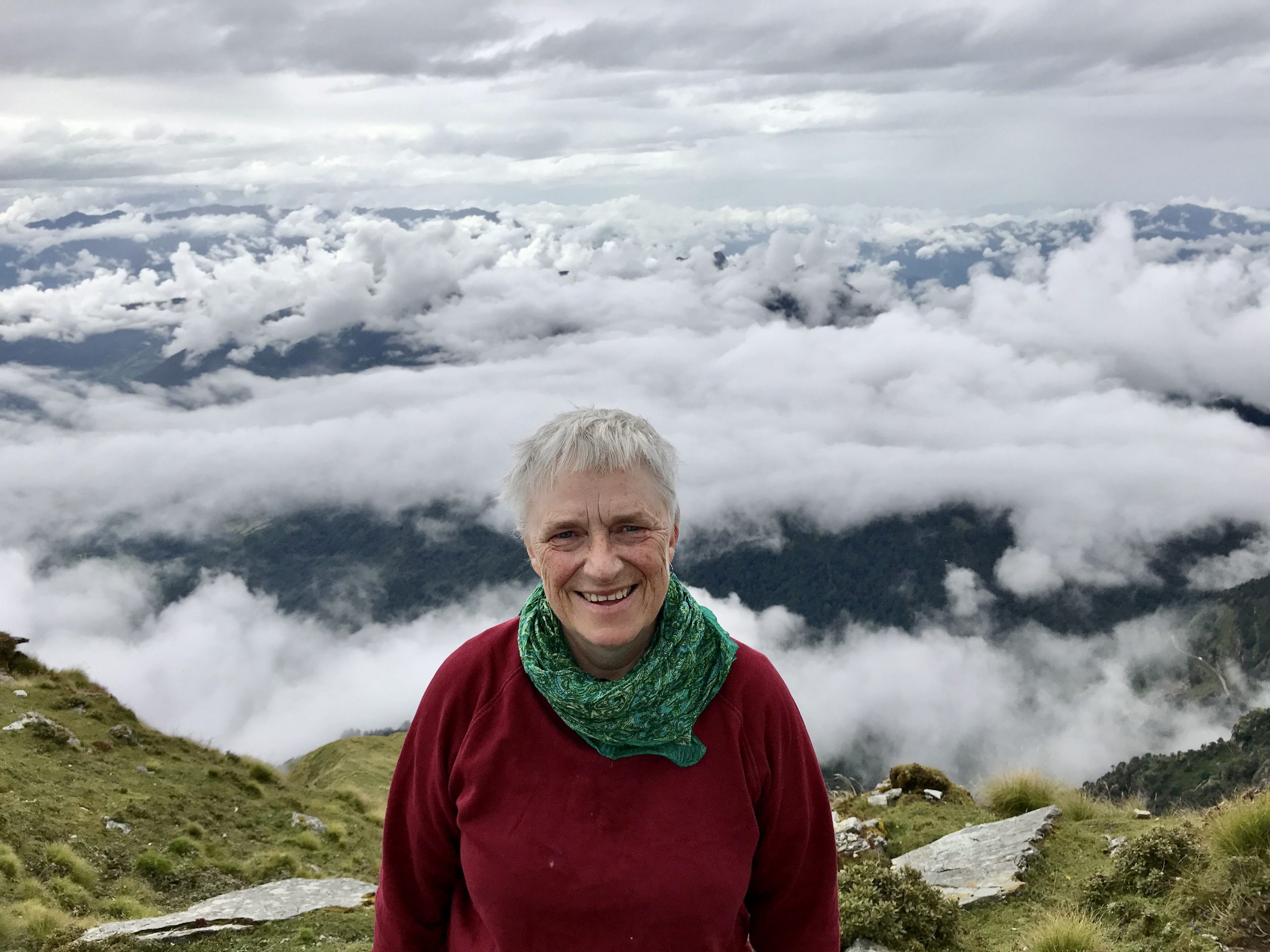 When I was in Uttarakhand 27 years ago, it seemed full of wandering saddhus and blessing priests. This time – although approached many more temples – they seemed much fewer in proportion. If only one knew if it was/is actually like that or if one’s perception has changed so much that it is changing too?

What completely confused me at the time – the Hindu behaviour – I was now used to. And yet I still have very very little idea about Hinduism. It was just never as attractive to me as Buddhist philosophy. But what started to interest me were these stories from the Mahabharata. I had somehow assumed that they were to be read like the Bible stories, so somehow not so easy. But they are edited (like the Bible stories) and then they are also quite entertaining. So that was a good suggestion, which I wouldn’t have had without the trip. 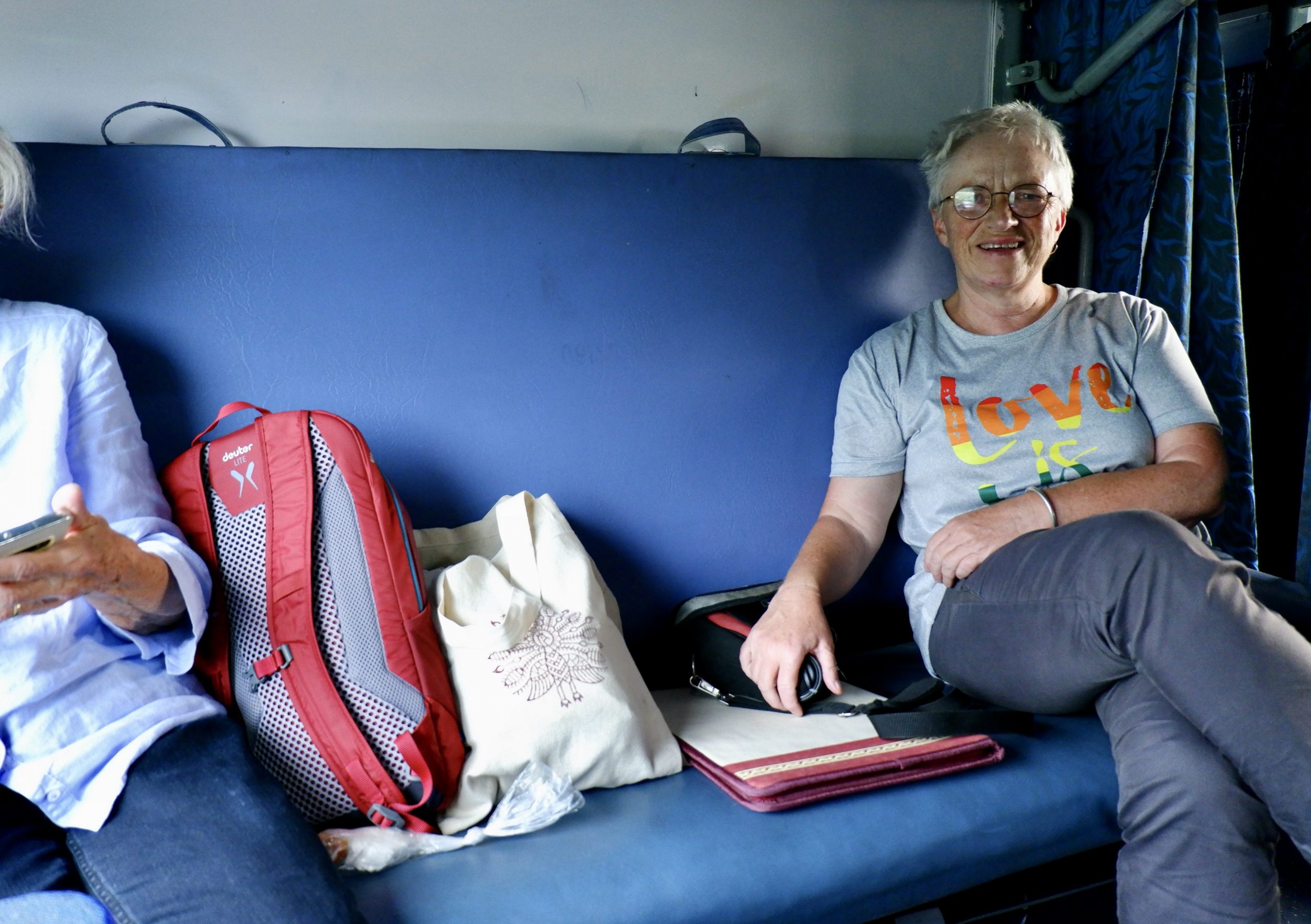 I actually quite like travelling by train – but that’s only available for getting there. Otherwise, the region is full of mountain roads, sometimes better developed, sometimes terribly bumpy, sometimes almost empty, sometimes packed – and always with dangers of landslides – either due to the summer monsoon or the melting snow or something else. My clients had a day’s delay because of a landslide that blocked the whole road and was not cleared away until the following day. But it has always been like that in these mountains of India. Only these major catastrophes have happened in the last few years. Climate change probably also has a hand in that. In any case, it’s not easy and you always have to allow plenty of time. 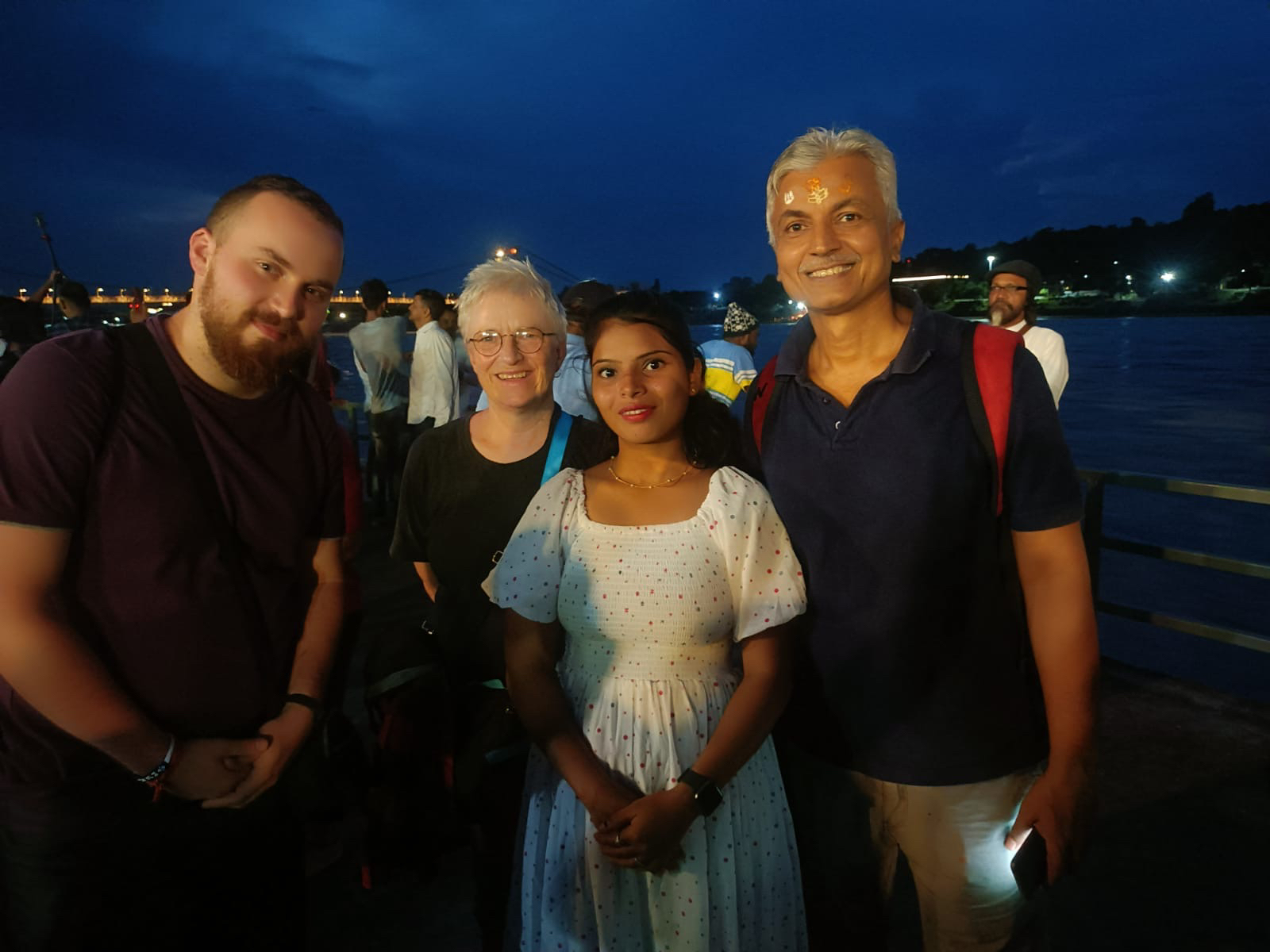 What struck me even more after Kyrgyzstan and Armenia: this great joy in approaching someone, asking for a photo and never saying no when you want one yourself. I was no longer used to that. But it’s very pleasant. Above, a spontaneous grouping of an Israeli, me, a lady from I’ve forgotten and Prashant. She had approached us. But it’s not just a photo – people also talk to each other very quickly. That’s what I like about India. 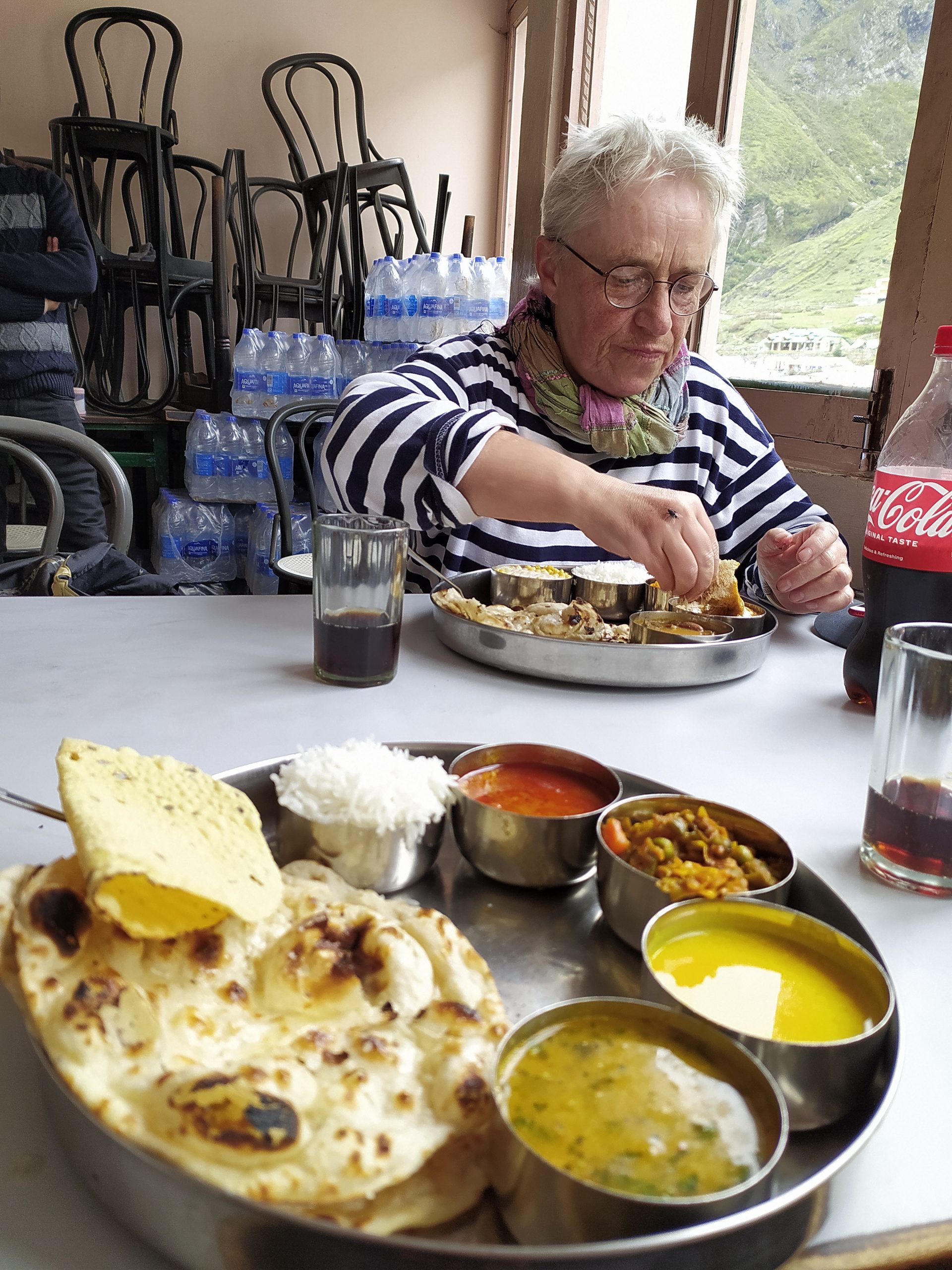 Food was actually consistently good and cheap. Many places were vegetarian, i.e. you couldn’t get anything with meat anywhere. I didn’t have any Western food at all, except in Rishikesh (except for the sometimes unavoidable lunchtime Coke, which I only feel like having when travelling, never at home). However, the breakfast offerings were limited, as were those of the dhabas on the mountain tours: Maggi (the 2 min noodles) or Alu Parantha. I don’t like Maggi that much – and Alu Parantha is delicious, but by the end of the trip I was rather sick of it. 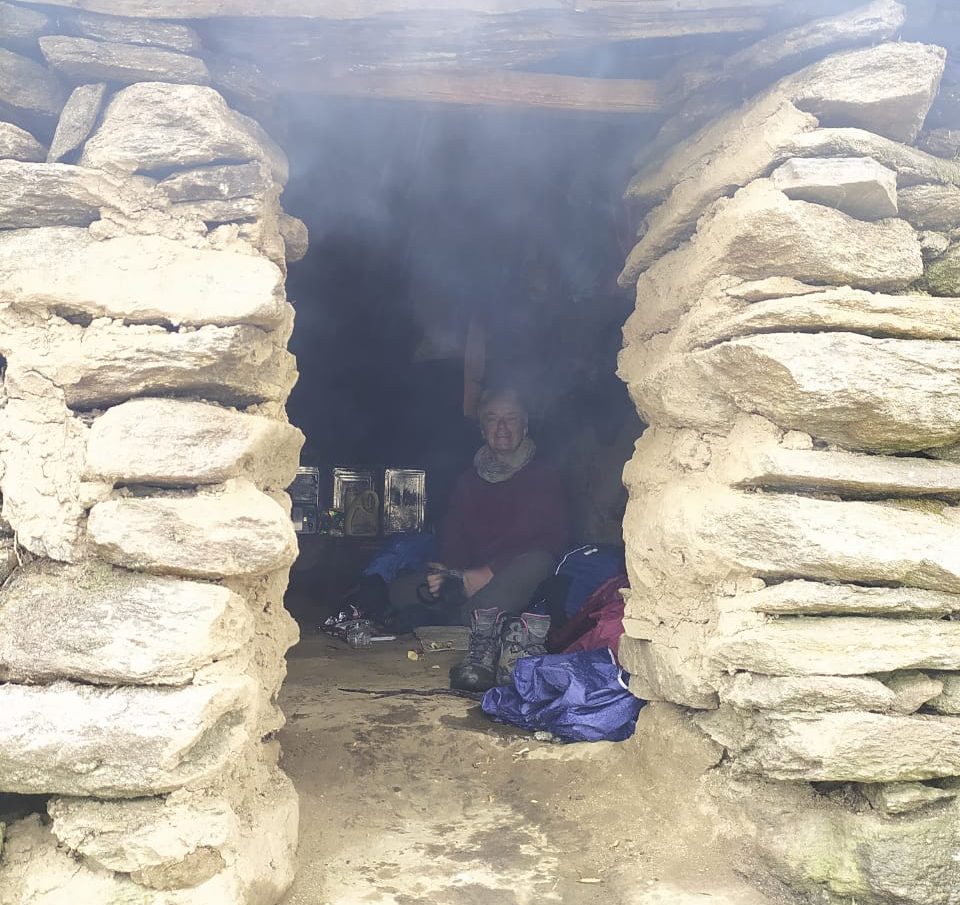 Unfortunately, we were far too seldom directly with people – actually only at the shepherds’ huts and in the one homestay. I think it had several reasons. I don’t think I was very open this time, the time was short, I had to get along with my travel colleague and I had other things on my mind. 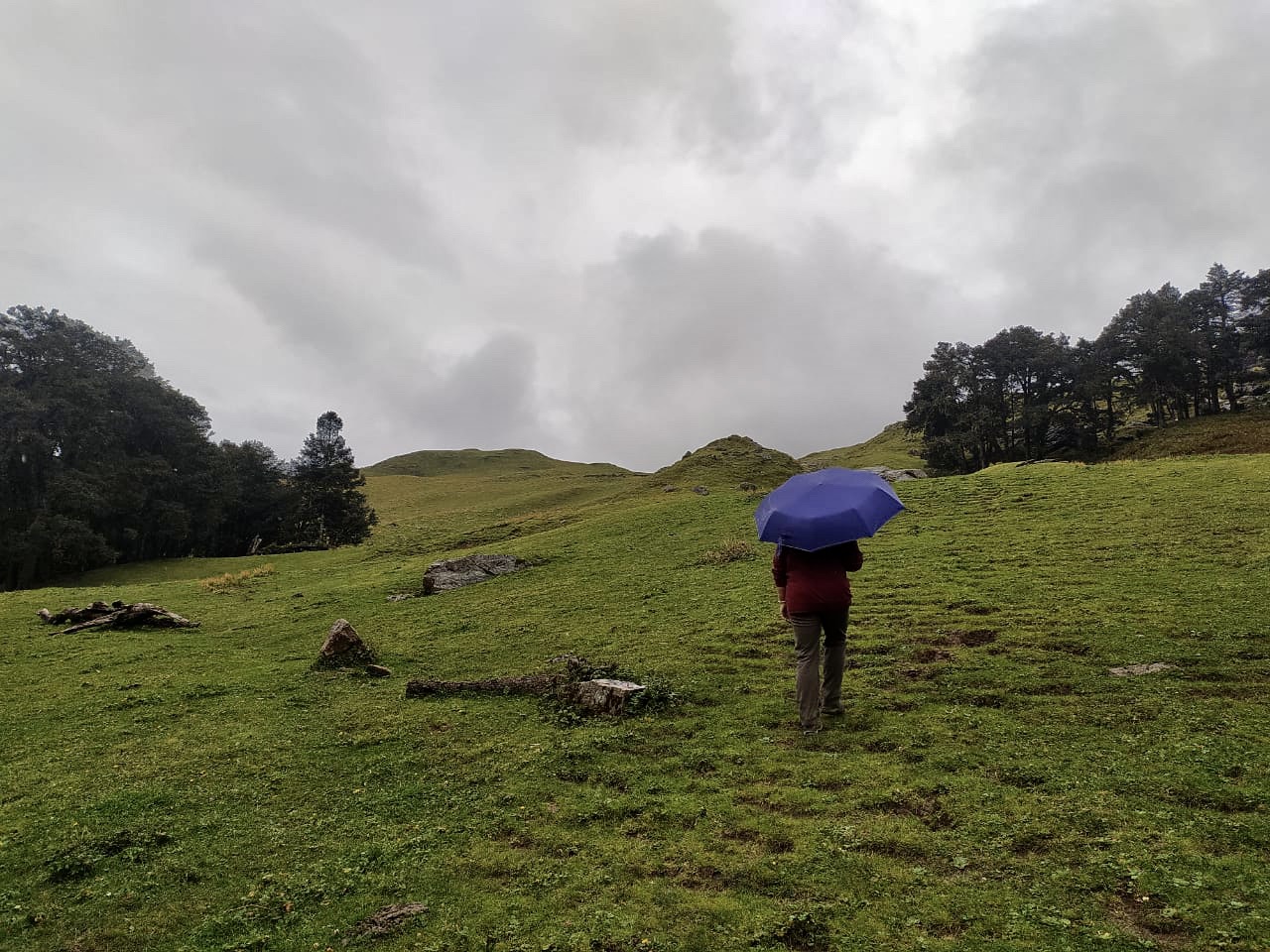 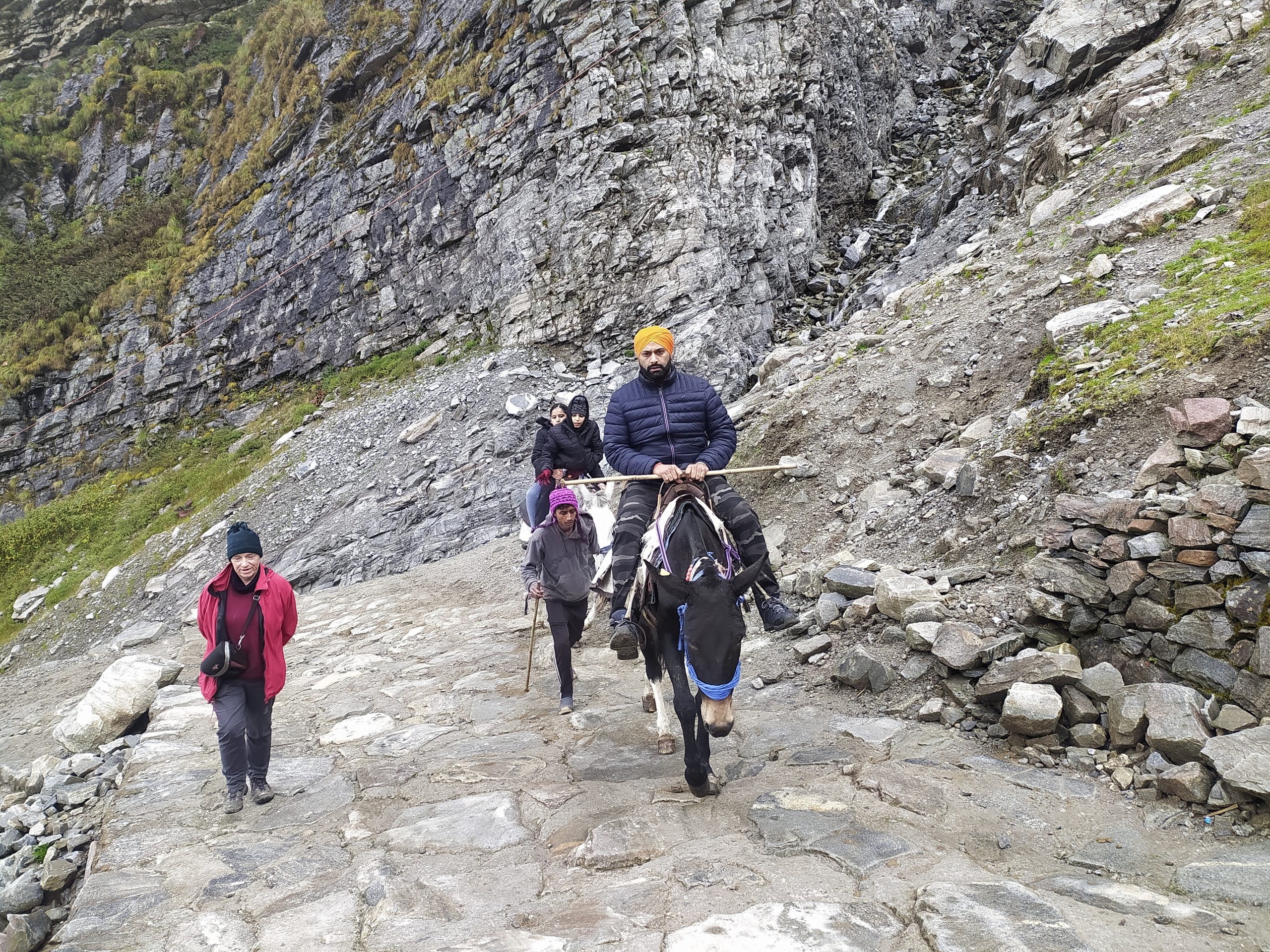 If I were to go there again, I would definitely want to do a tent trek in the mountains without temples. The mountains are really great and offer everything you could want from mountain nature. Pilgrimage walking is interesting and I think you definitely have to do one of these tours. But one might be enough except you’re super enthusiastic. There are a lot of people on the way, the paths are paved and wide and the accommodation is not nice for pilgrims. So to experience India it is a “must”, to experience the mountain world rather suboptimal.

“Travelling with Indians” is always an experience worth having for me! It’s simply a different experience than travelling alone or with a Westerner by your side.

And now the big question: do I offer it to my travel clients? What do I offer them? In terms of accommodation, infrastructure and accessibility, it’s not really that easy. There are also hardly any western travellers here. But: it is perfect to experience “India”. Just without a lot of western preparation. Other Indian friends complained that it was already so commercialised here. That’s true. And it is not – because it is commercialised in an Indian way. And therefore a more special experience for us from a different cultural background. Indian travellers are also a kind of sight in themselves. I think I offer it for my travellers. But not for “first timers”. 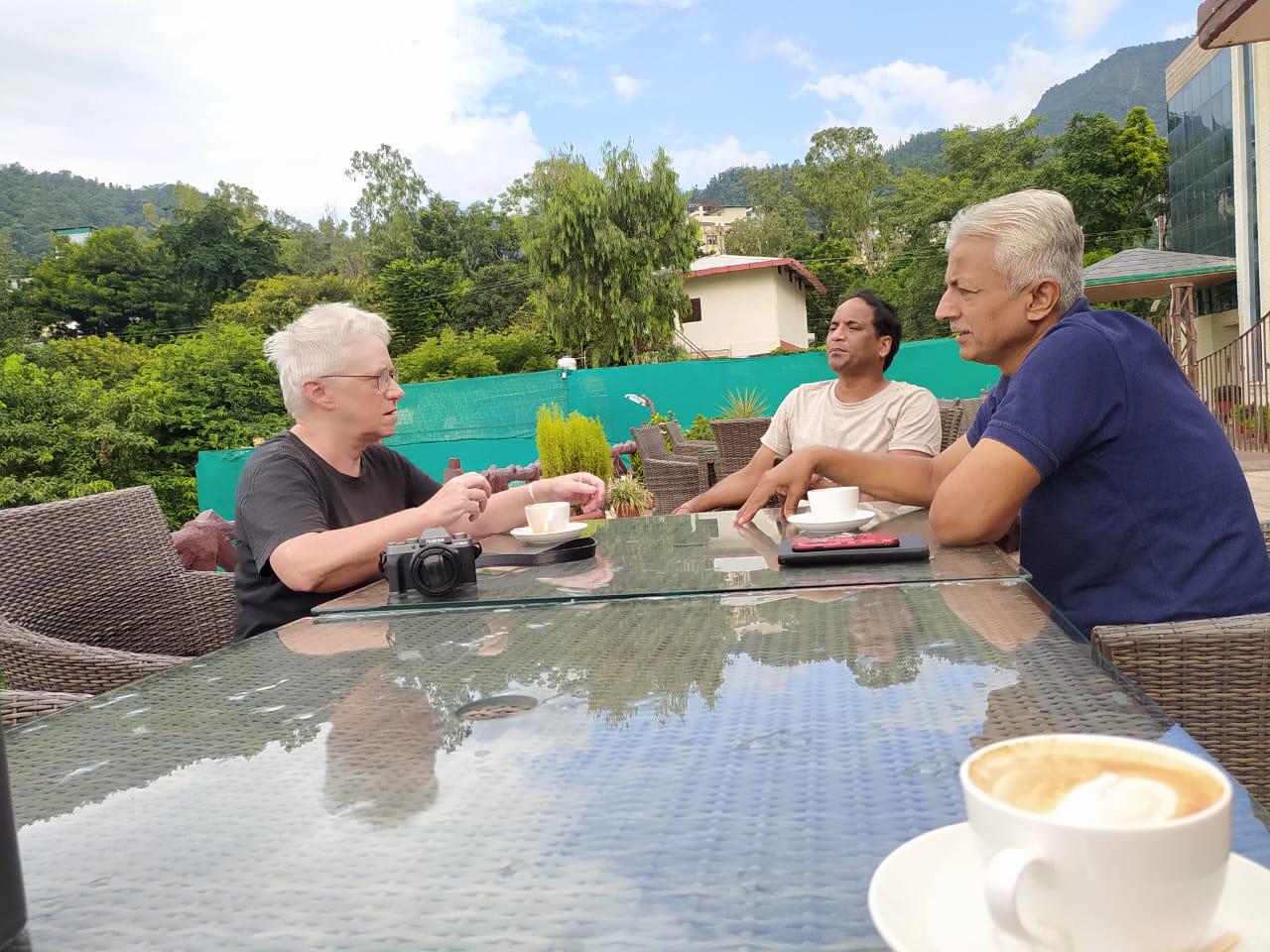 And despite my joyful look: horse doesn’t have to be. Only if it is really necessary. 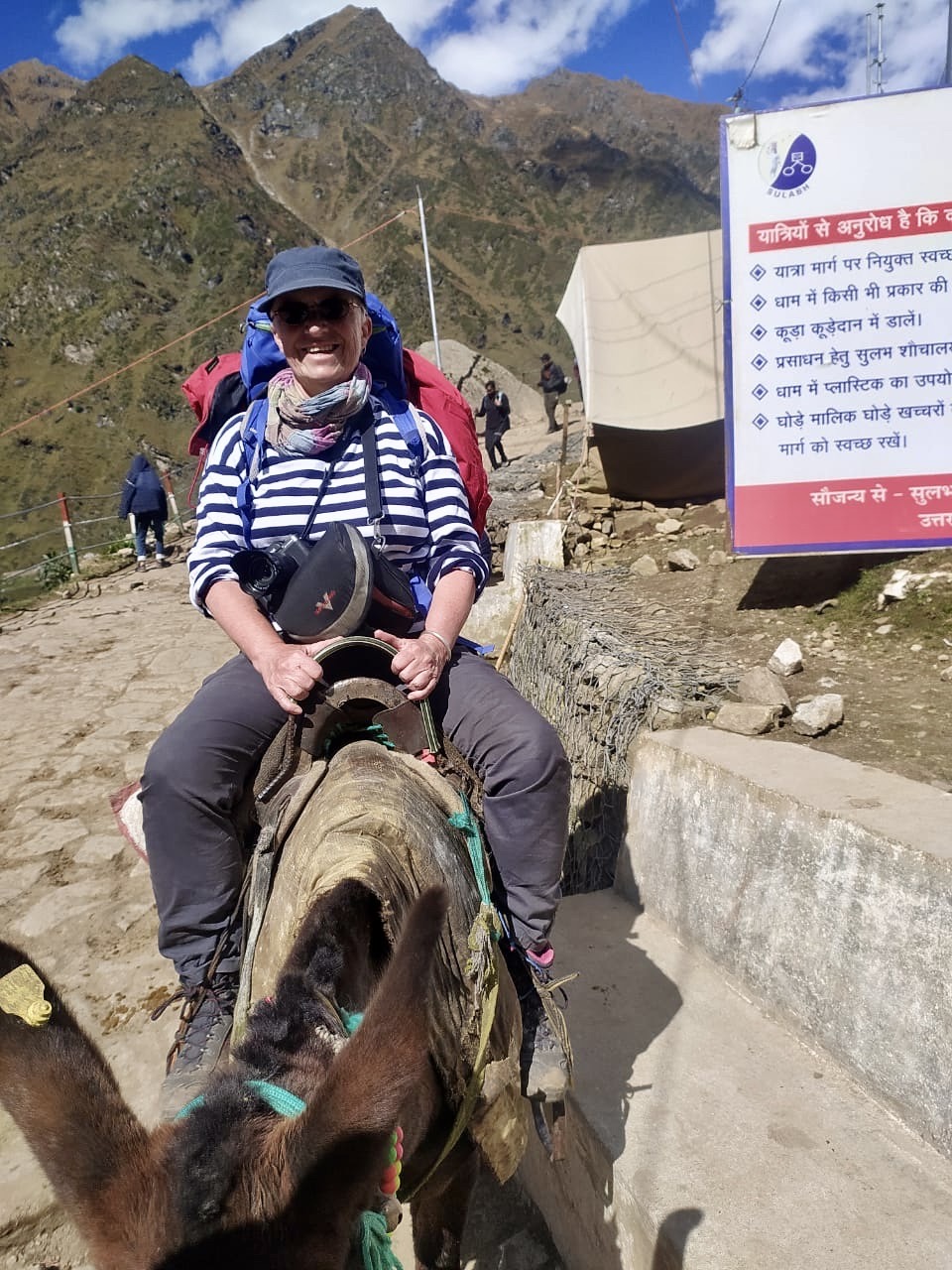 So would I want to go to Uttarakhand again? Yes! With a tent trek and 1-2 more temples and definitely more villages. I haven’t quite figured out what culture is behind or away from the temples.