My great travelling luck came right at the beginning. I wonder if it can still be topped. In any case, it was such an incredible coincidence story. Here it is from the beginning:

I had checked the internet the day before: despite the rail strike, my desired connection to the airport should work. I started punctually at 7:07 a.m. with the rail replacement service to Traunstein. There I also boarded the full Regiobahn to Munich East on time. Everything looked great. But at some point the internet reported that there was an emergency doctor in Munich East. But the times remained the same.

At the station, nothing looked like an emergency – but the S8 to the airport was not on the board. Perhaps a mistake. Time to look for a coffee, which I then denied myself. Loud, creaky loudspeaker announcements. Should something have gone wrong? Some people with larger luggage were buzzing around. Back to the platform, it was almost empty, the loudspeaker continued to creak and crackled something about rail replacement traffic. I was about to go down the stairs to ask someone for advice, when a woman asked me if I wanted to take a taxi to the airport. A second woman was also approached. How much would that cost? Three might do it. No, no, said the first woman, the employer would pay, we were invited. What kind of angel was this woman? And so pretty, too. She reminded me of someone….

That was – look again – yes really! – THE Tatort commissioner from TV! Waaah! And now I sat next to her for a long taxi ride to Munich airport. Next to us was an Austrian flight attendant on her way to Vancouver. The Commissioner was going to Berlin. Me to Georgia/Armenia. All alone with a backpack. That got an appreciative look. Oh how cool! We chatted about travelling by train, travelling during Corona, strike, other Corona stuff, partly also with the taxi driver behind the plexiglass. And inside me, my little heart was cheering and excited and intimidated. And super happy. That I had this travel luck and still reached my plane safely. That a celebrity you think must be great is actually even nicer. That there are people who like to share their own comforts. That it is fine to meet for a short time – and also to part again. To have experienced something together as strangers. And what a lot of coincidences have just come together here.

I’ll summarise the rest of the day: I flew on a full, narrow, small plane to Istanbul, on another full, narrow, small, delayed plane to Tbilisi, found a pleasant taxi driver and was before midnight in the totally nice, pretty, small (looks like only 2 rentable rooms) and run by a very lovely, non-English speaking woman accommodation on the hillside in a small alley. I was in Georgia again!

And for photo material, here are a few pictures from the approach to Istanbul. Big city! 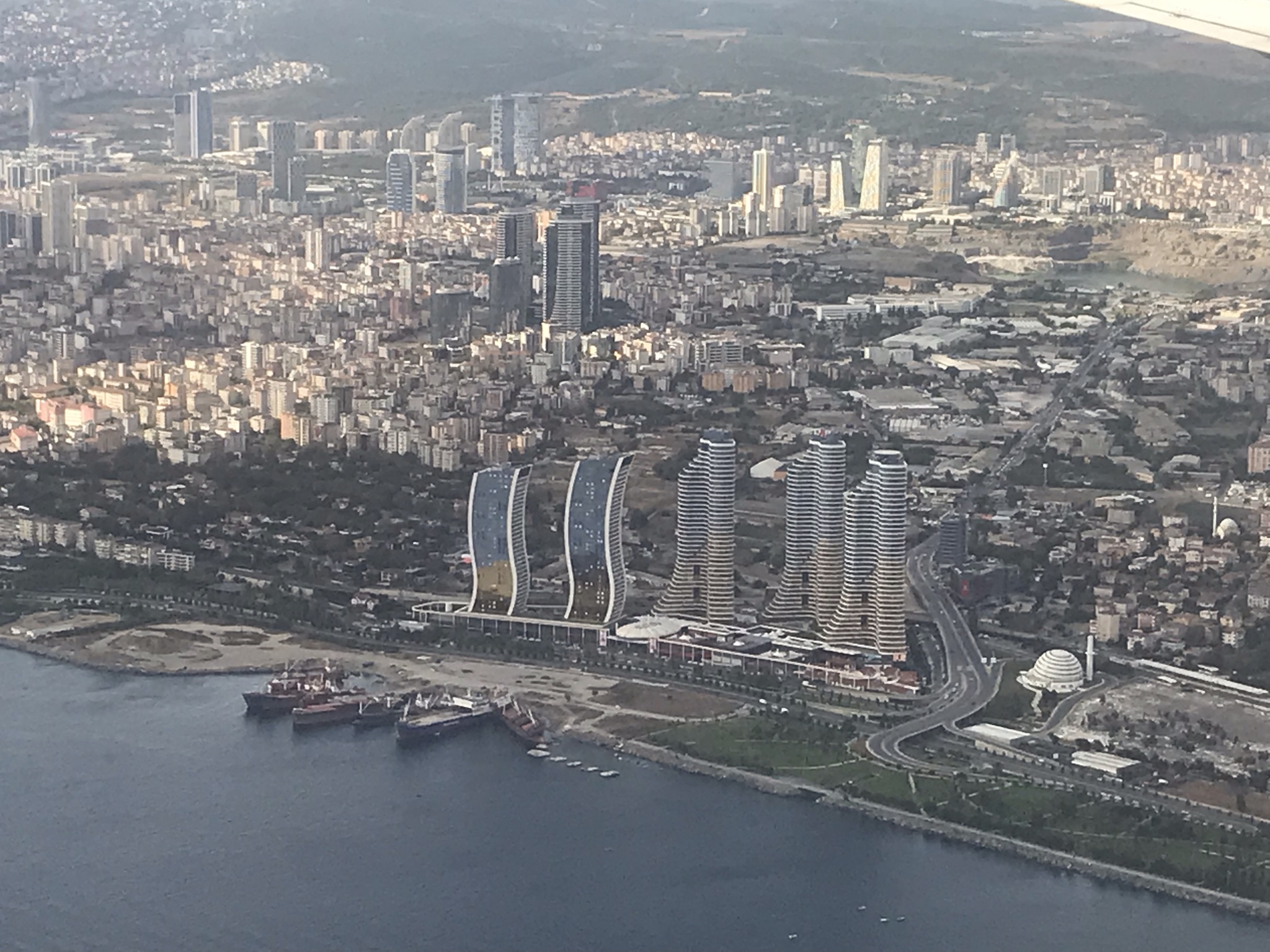 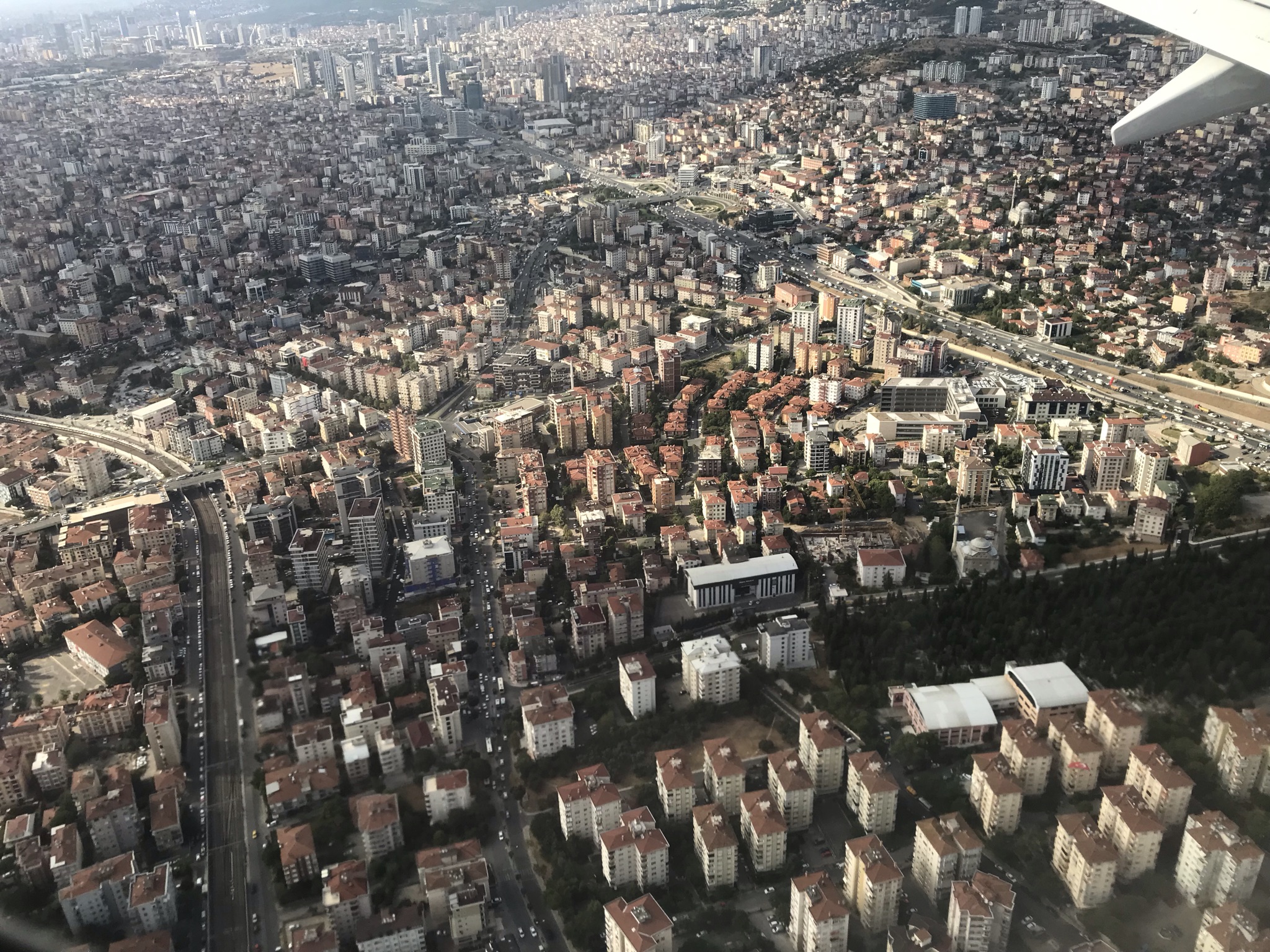 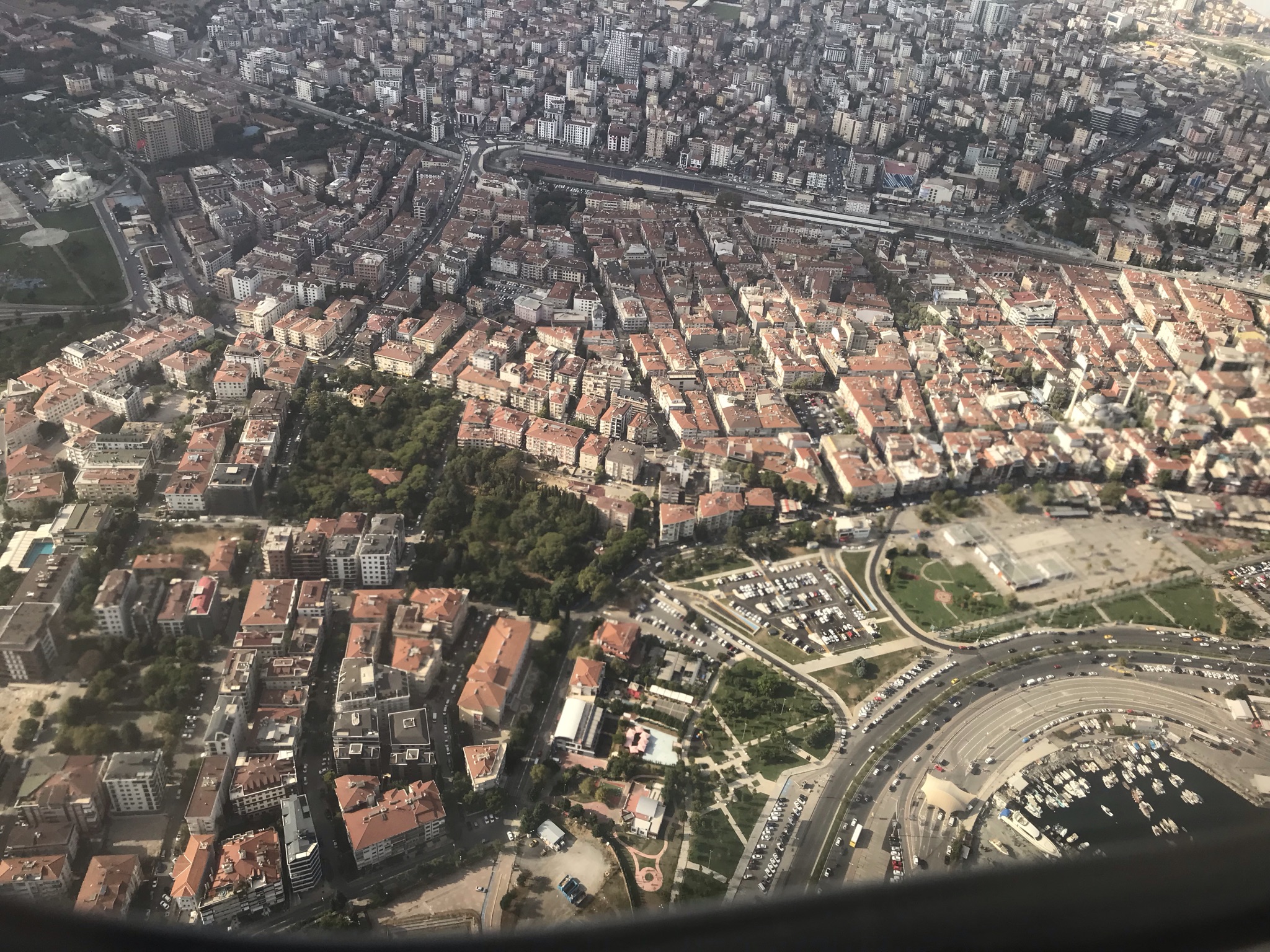