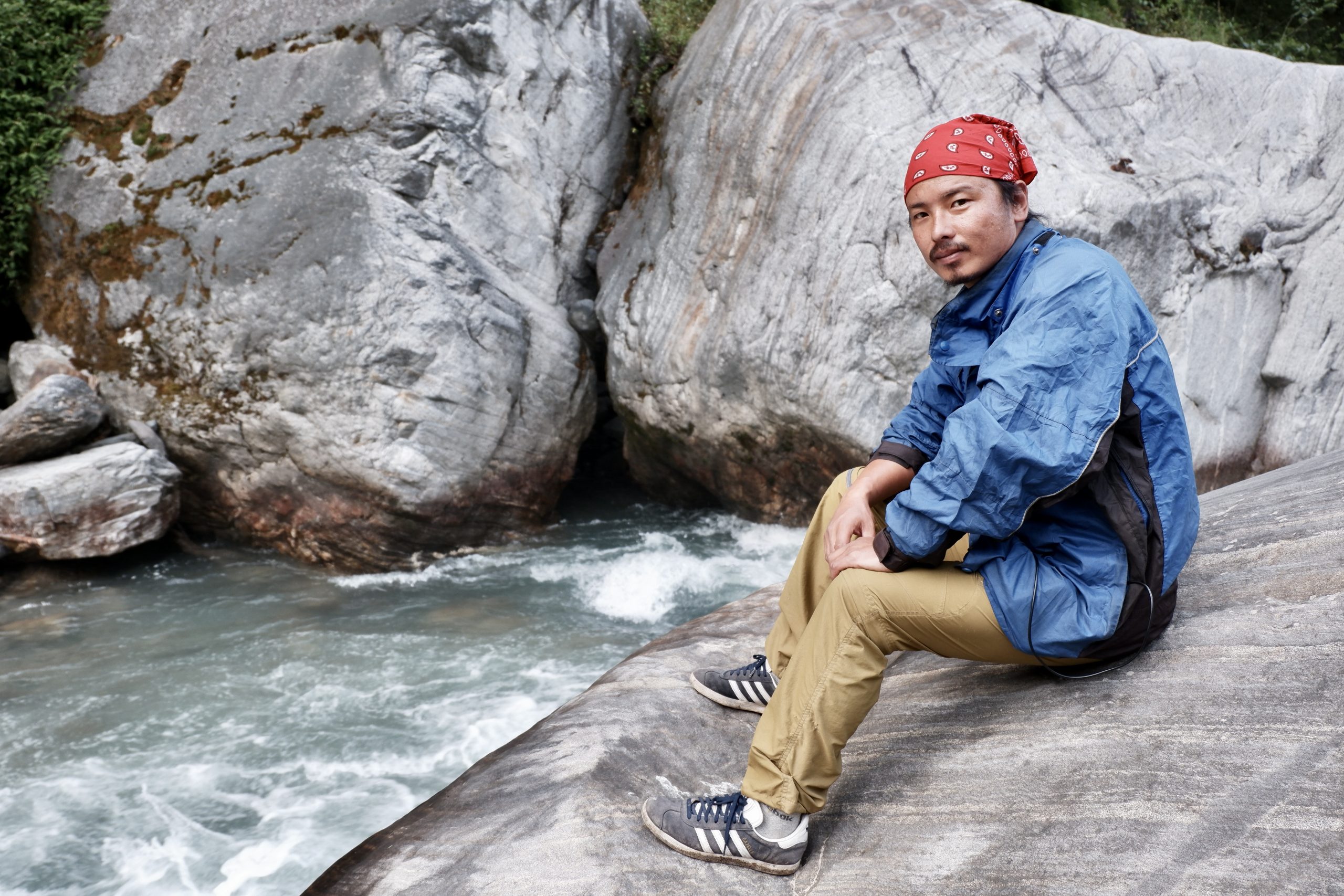 When clients rave so much about a guide you’ve “known” for some time via Messenger, but not in person, it’s time to experience him in person! I thought it was a good idea to just hire him as my guide, being more interested in having a local travel companion than expecting much knowledge from him.

We chatted back and forth and forth and back to see where the trip should go – I had several destinations on wish lists, but most had to be discarded for various reasons. Until it became Uttarakhand – which I knew a little about and he didn’t know at all. Actually, I thought we would travel by local transport and visit places and go hiking – but when his suggestion came if I wanted to sit on the back of his motorbike – I welcomed it. A new experience – yay!

Binodh is 37 years old and from Rinchenpong in Sikkim. He has been a guide for quite a long time – and has worked a lot for Gopal, my agency colleague friend from Sikkim, in the last few years. 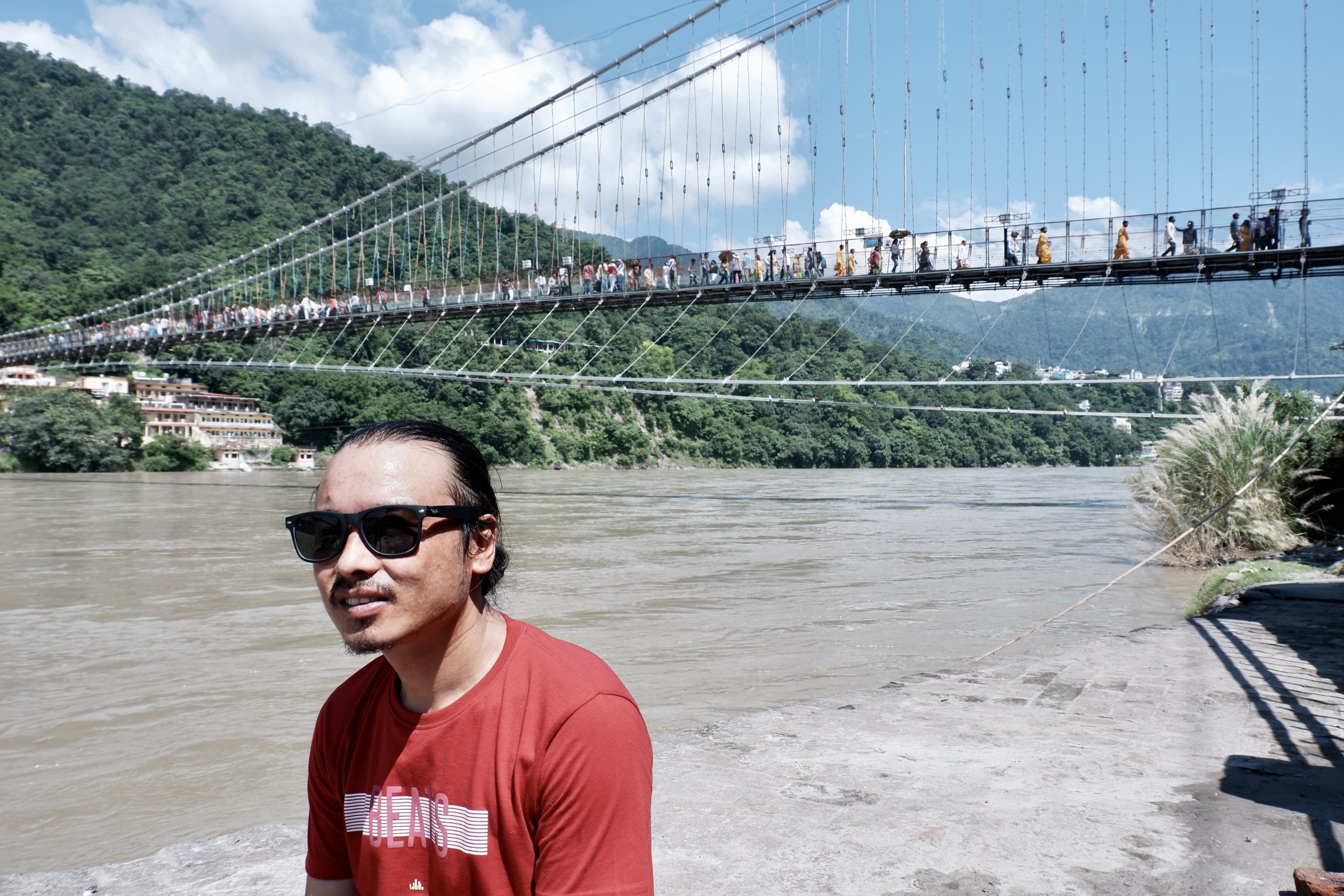 I have to admit: I was unsure whether it would really work or whether something else would seem more suitable to him in between. But then I didn’t know him yet – now I know that he is really very reliable. So we met in Rishikesh. And it was strange because, despite or because of all the communication before, he was different from what I thought. And we actually had a little hard time getting along with each other.

Although the circumstances were actually perfect:

1. He loves to ride a motorbike – I like to sit on the back (and he rides great, I trust him completely). 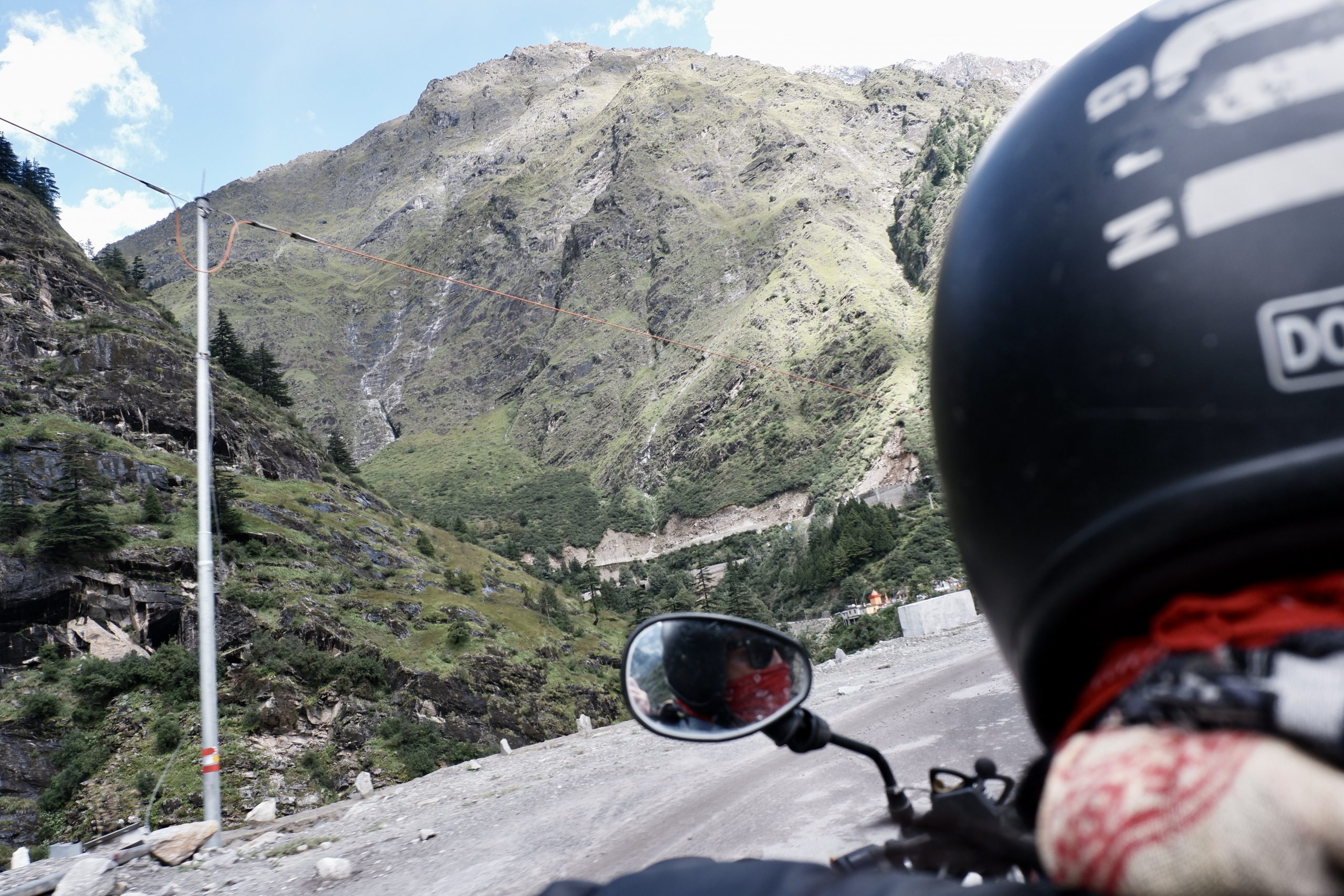 2. He likes to walk around in the mountains – me too 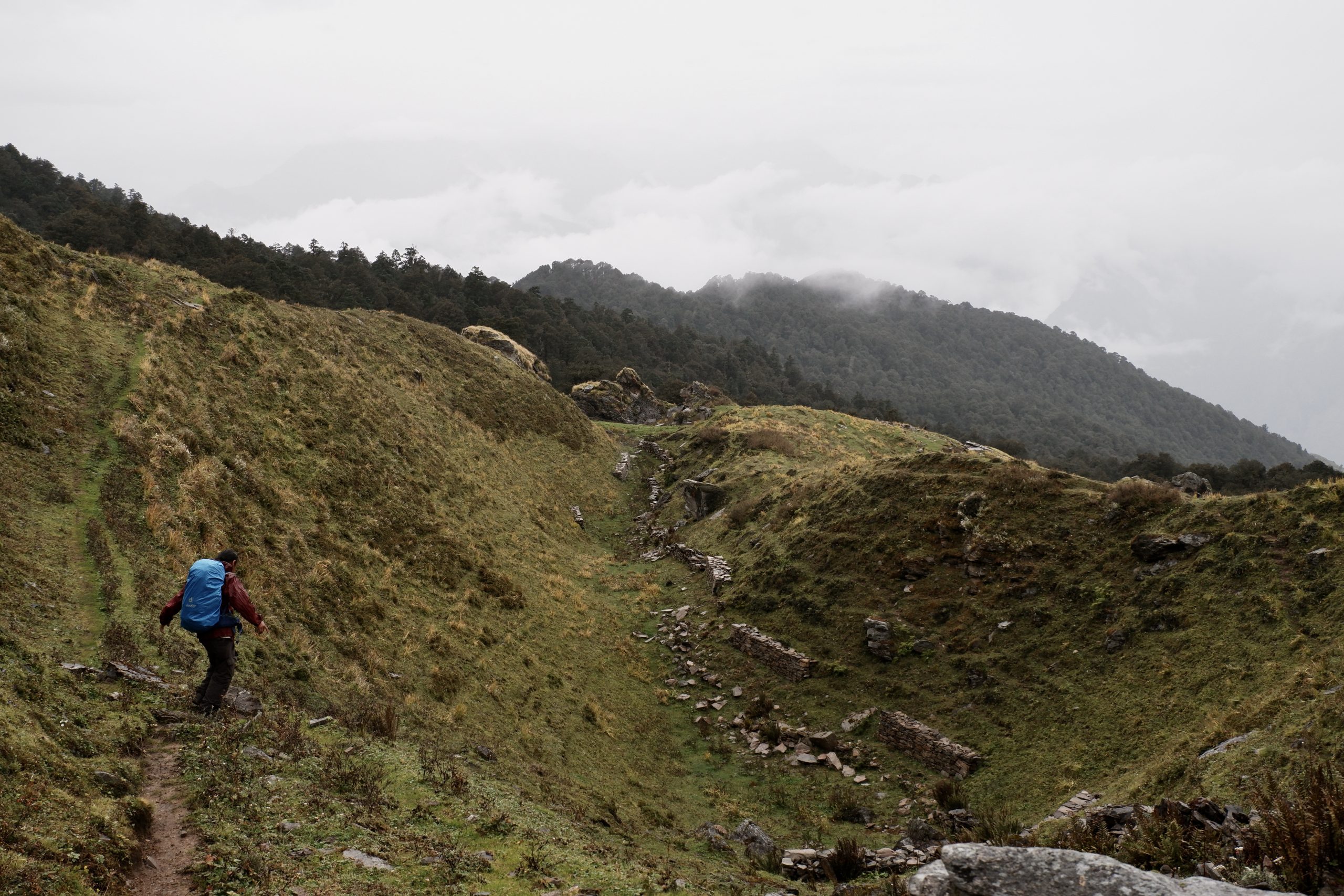 3. He finds villages better than cities – so do I (especially in India when travelling). 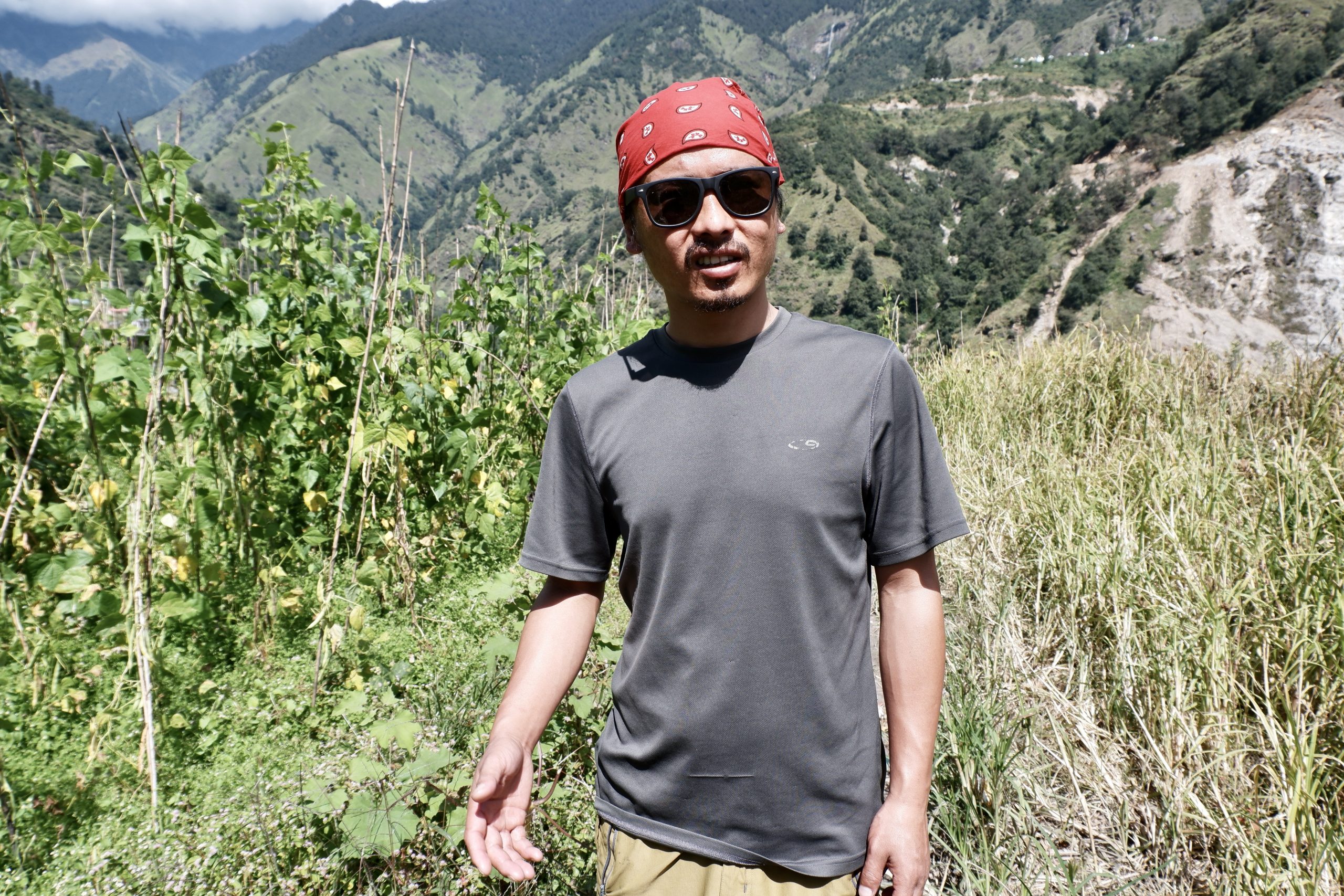 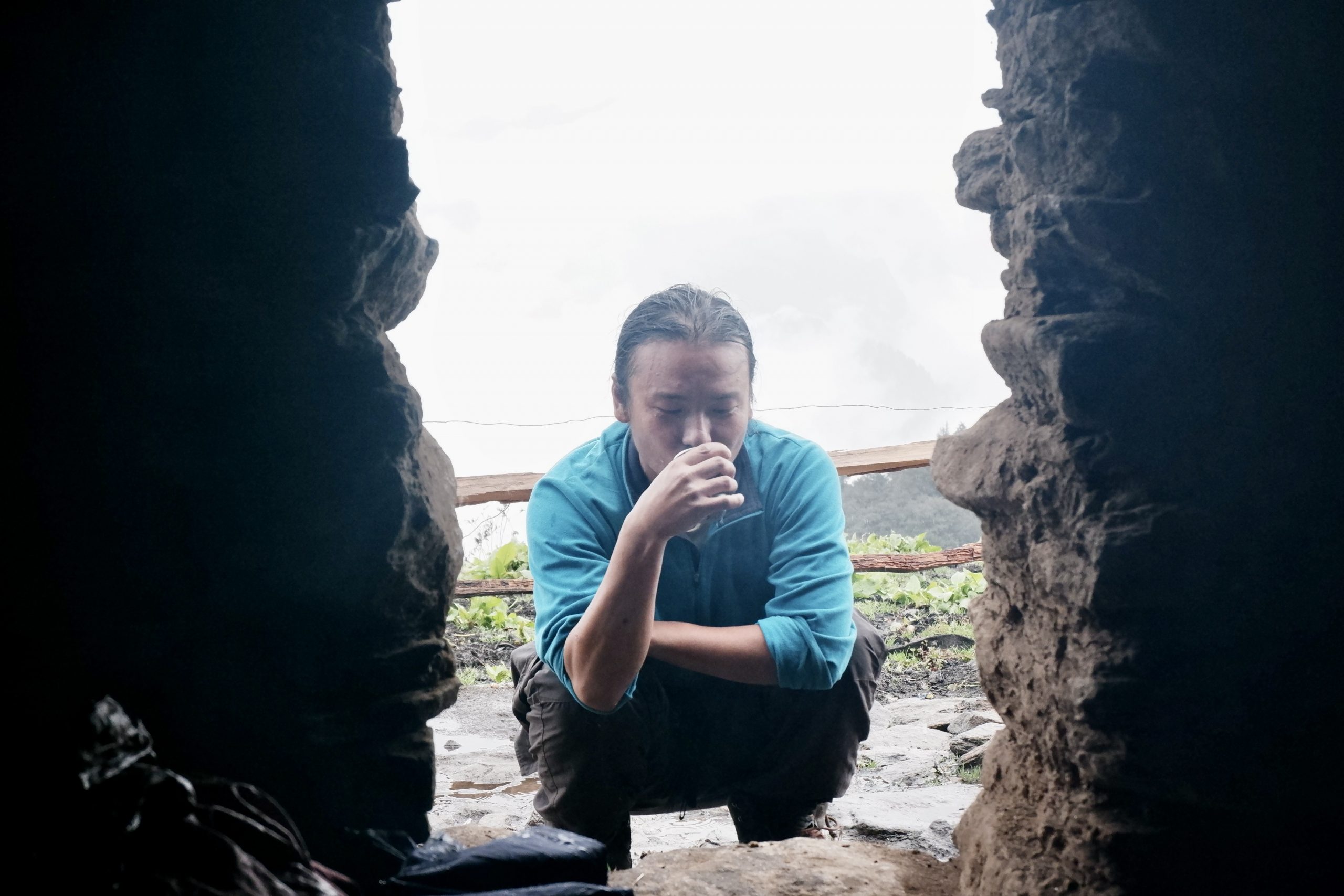 6. and playing around on the mobile too (although his passion is immensely greater than mine). 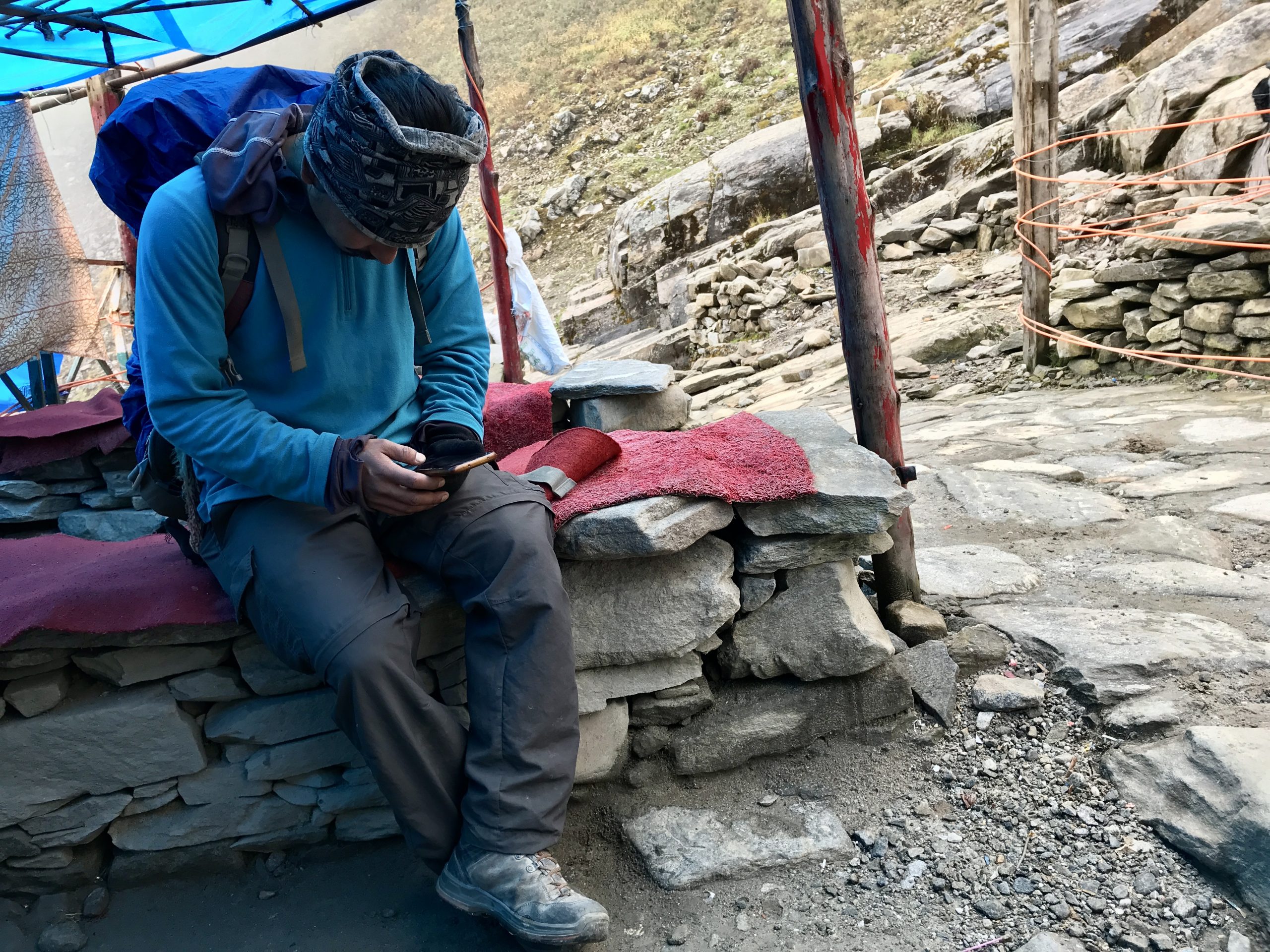 Anyway, it went well with us. But I think this in-between thing of being a guide for an area you don’t really know and just travelling together doesn’t necessarily lead to immediate relaxation. Because no one had any experience with it. We often “argued” about who was “boss” – me, because I had initiated it, or him, because I didn’t know what he could handle, since he was always sitting in front on the motorbike. The 2 weeks were a bit short for that – in any case, in the end it was so that we could have continued travelling like that or we have to repeat it! 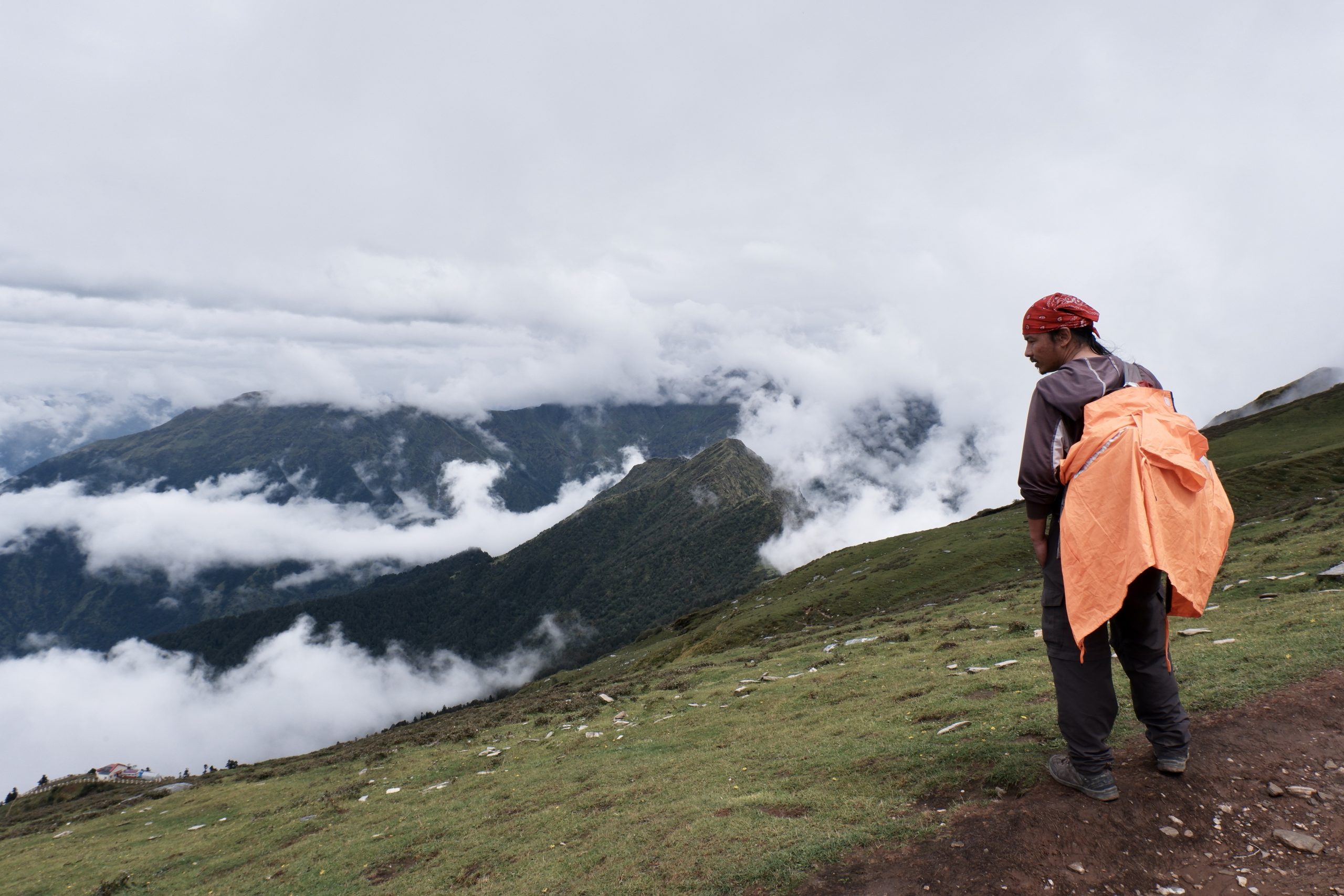 Because – this combination of motorbike – with which you are simply much faster and more flexible than with a car (only rain is more annoying) and running around in the mountains is for me one of the best ways to travel! And Binodh is one of the best guys for it.

What I didn’t really realise before: he looks just as foreign in the area as I do and people often categorised him as anything (the crowning glory: Turkey – but maybe that was a joke after all) and various people didn’t know Sikkim at all. We were a bit conspicuous – me anyway as one of the very few foreigners – whose gender and age is obviously difficult to classify. I have rarely been addressed as “sir” so often.

And what there is to say about travelling in Uttarakhand and whether I would like to go there again etc. – you can read about that in the next blog post.