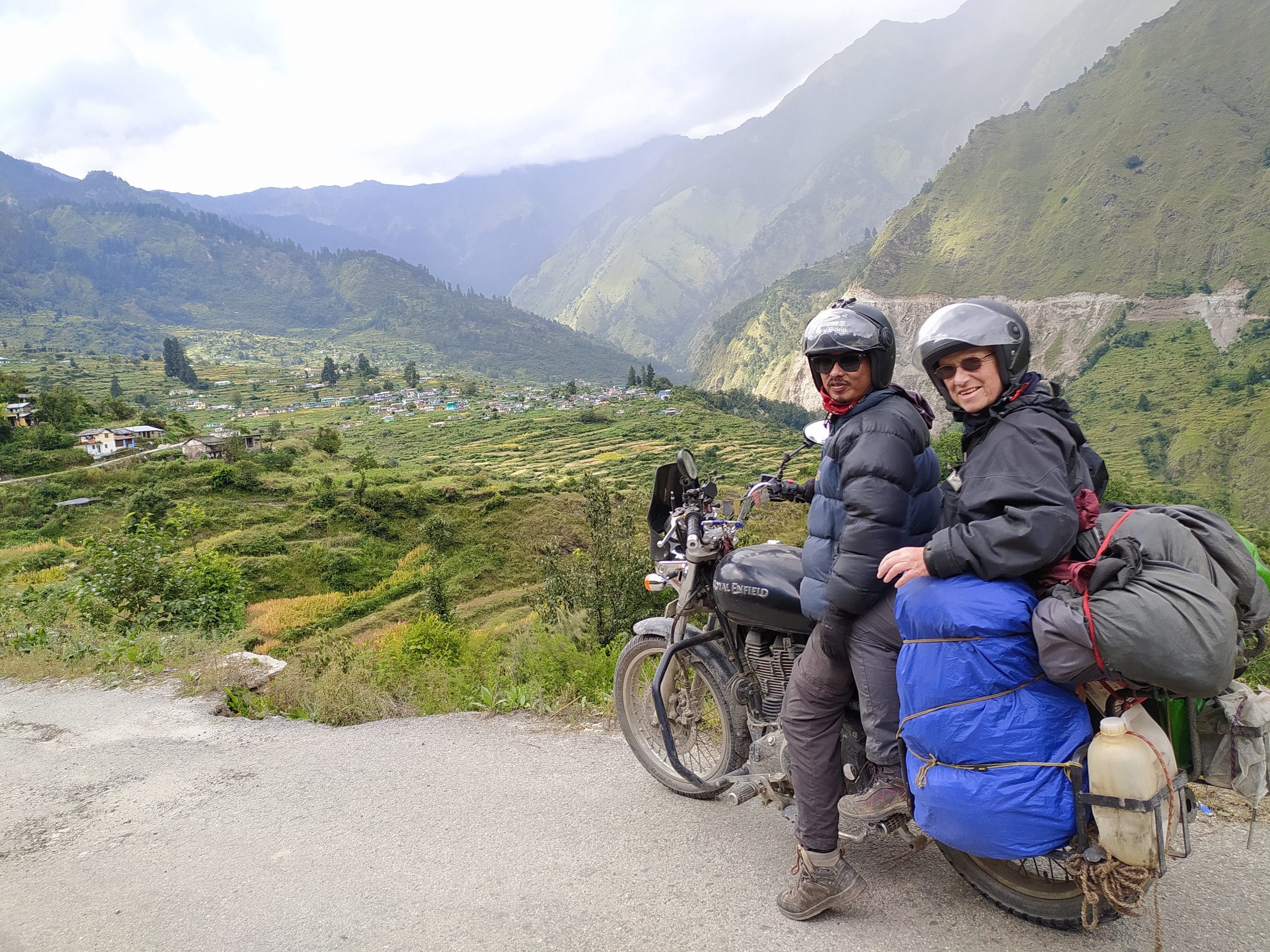 We were down again quite quickly from our hike, packed the motorbike with the temporarily stored luggage and headed for the next village. On the map it looked like Urgam would be the perfect destination for the day, which is south of Joshimat up a 20 km side road up another valley.

However, the side road was not really a road but dirt track and a bit of a challenge. We were rewarded with a sprawling village with beautiful views situated at 2,200 m. And the best thing: we found a real homestay! In the meantime, many faceless accommodations on the road without family connection call themselves “homestay”. And because we had one day left in our vague travel plans, we decided to spend it here!

But first, let’s go to the temple. 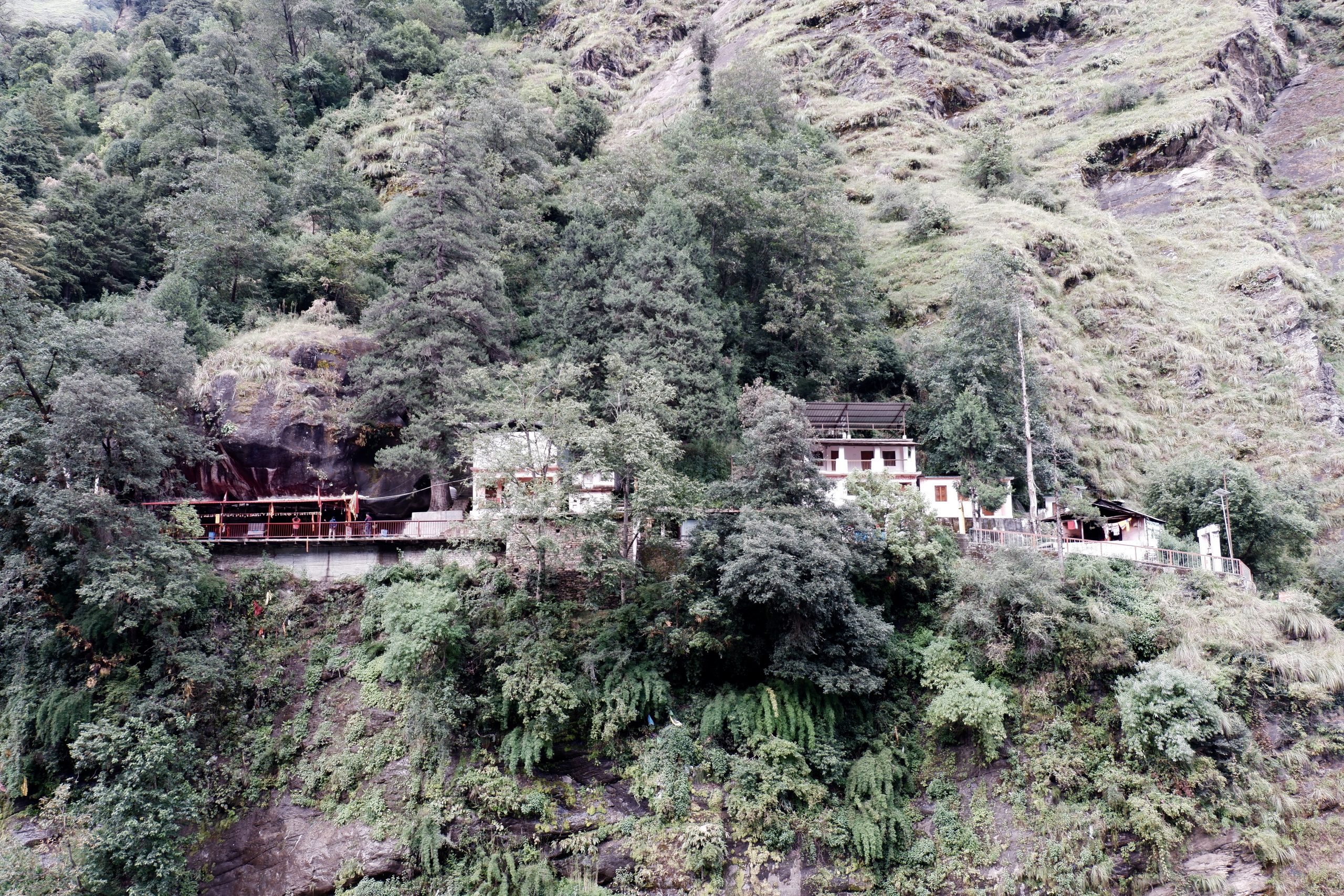 From the end of the road, one crosses a bridge and then comes to the Kalpeshwar temple, one of the Shiva temples belonging to the Panch Kedar. Probably because of the difficult road, it was very little visited. Only a wanderbhaba or so was squatting there. The sacred thing about this temple is Shiva’s hair, which was taken there after the Pandava encounter. It is a kind of cave temple under various rock overhangs. 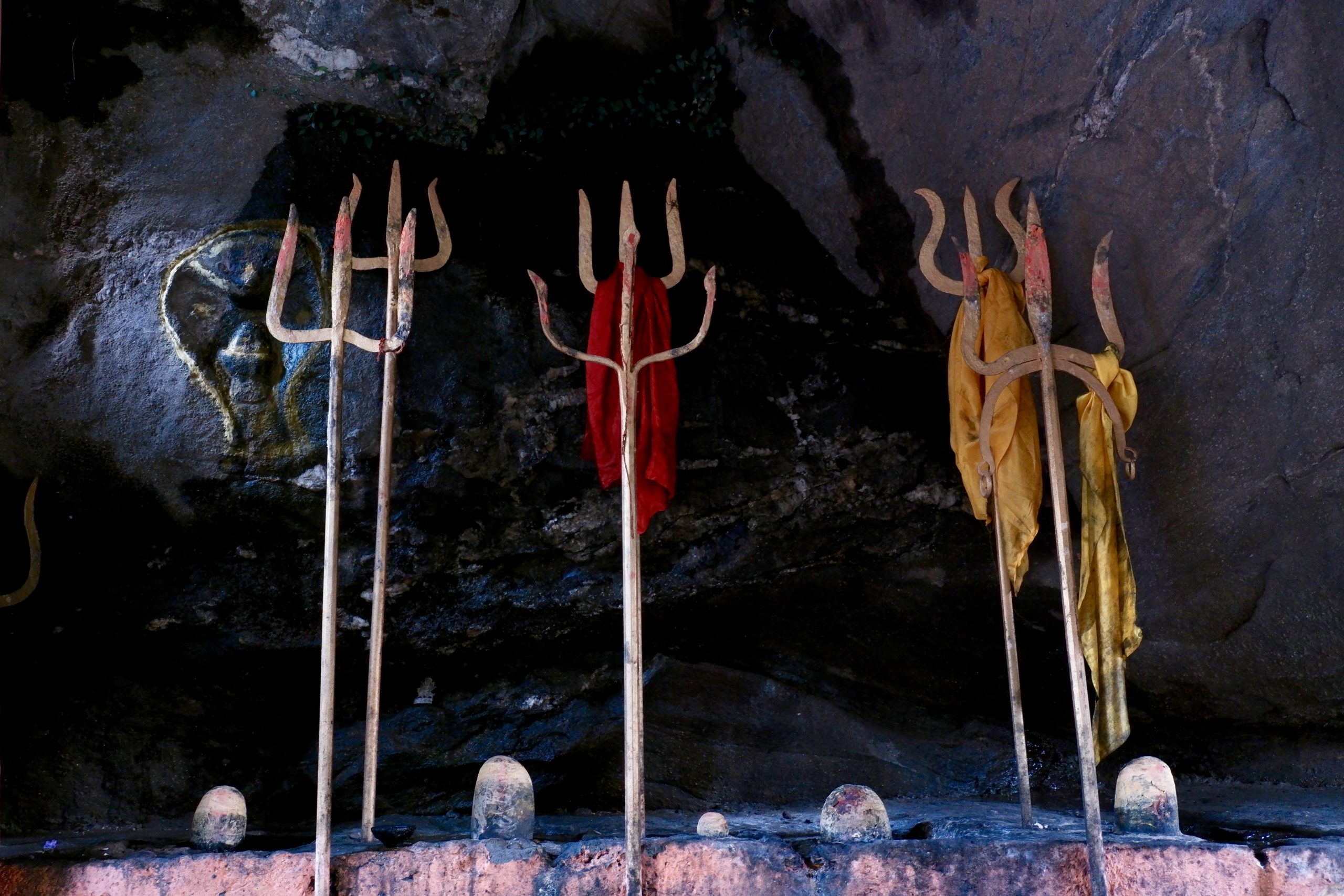 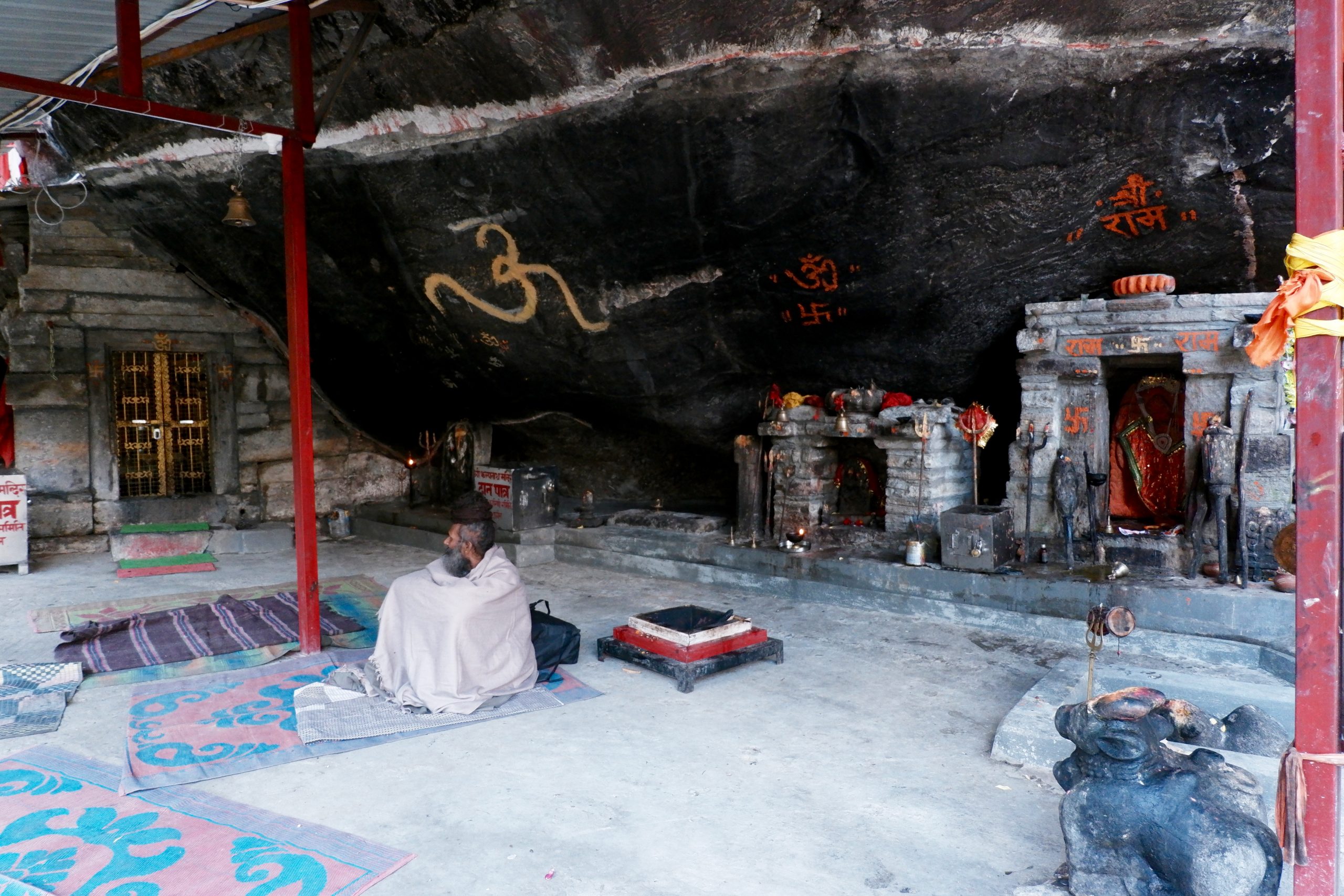 It was puja time in the evening and a minimum of 8 people including us had gathered in the room with the shrine and the priest. (behind the door in the picture above).

The puja went like this: the priest chanted and prayed a lot while cleaning the whole altar with water. Then everything was repainted with coloured powder (chilli + turmeric) and mantled with flower parts and looked just as messy as before. These Hindu rituals are somehow a mystery to me, and I have no sense of sacredness, devotion or anything else. But the singing was quite nice. Everyone present was also doing the rituals – only half of them were too weird for me and I had a lot of headaches anyway, whether it is polite to join in if you don’t believe in it or the other way round. 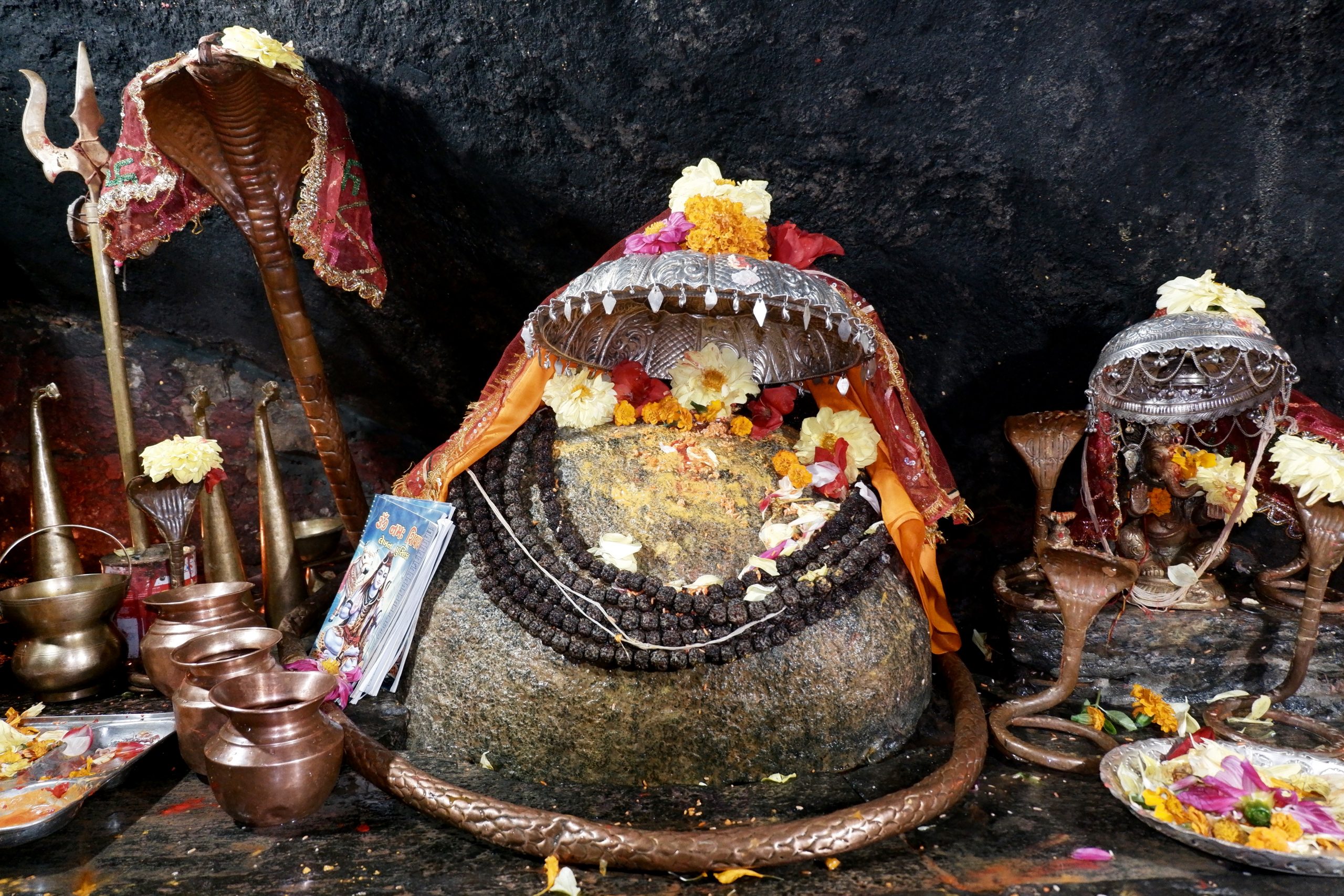 The next day we just walked around the village. There is a lot of agriculture here – I liked the beans best, which we also had for dinner. But there are also all kinds of other plants and Binodh knows them really well – only whether is this an amaranth or not? Anyway, they use it for chapatis. 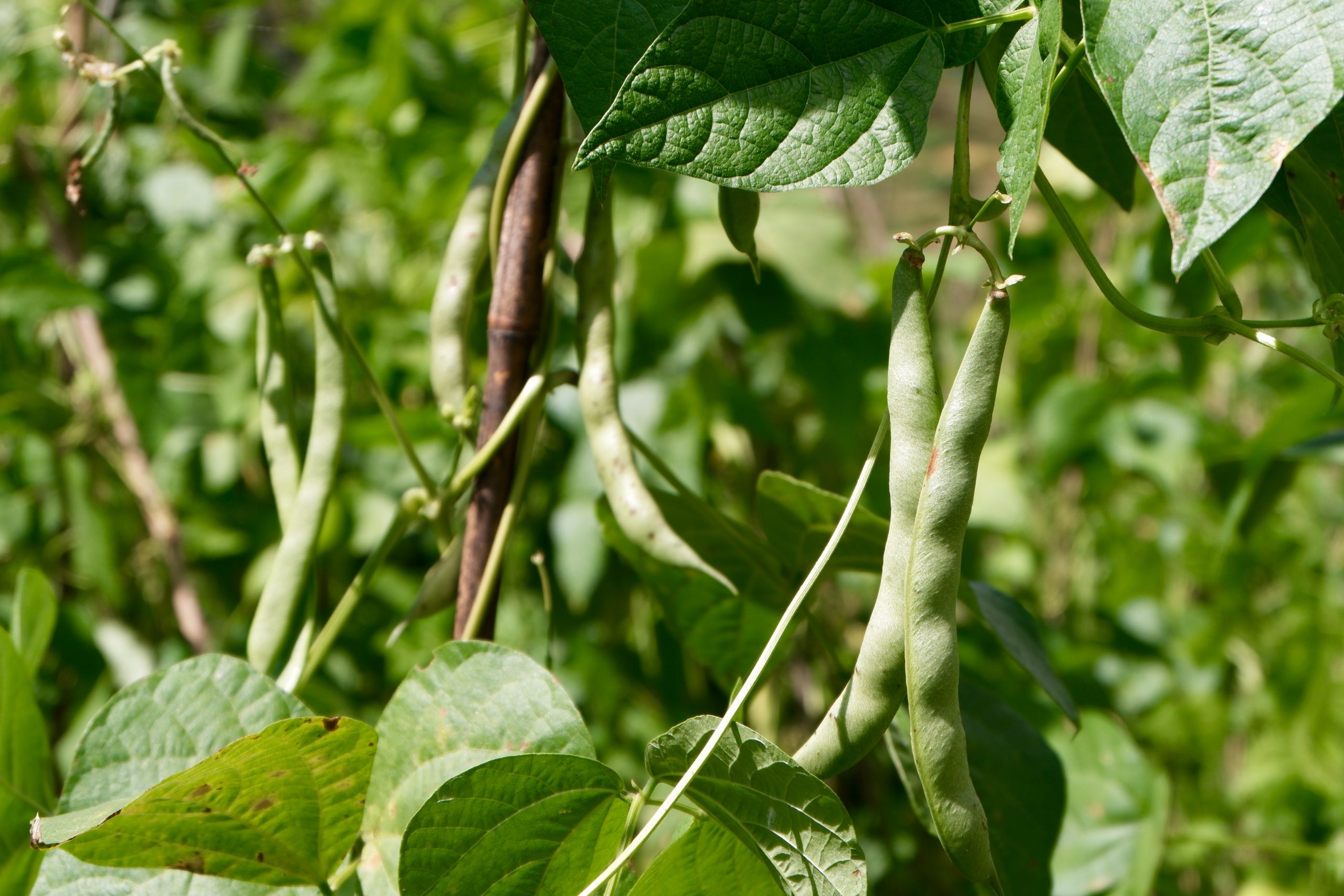 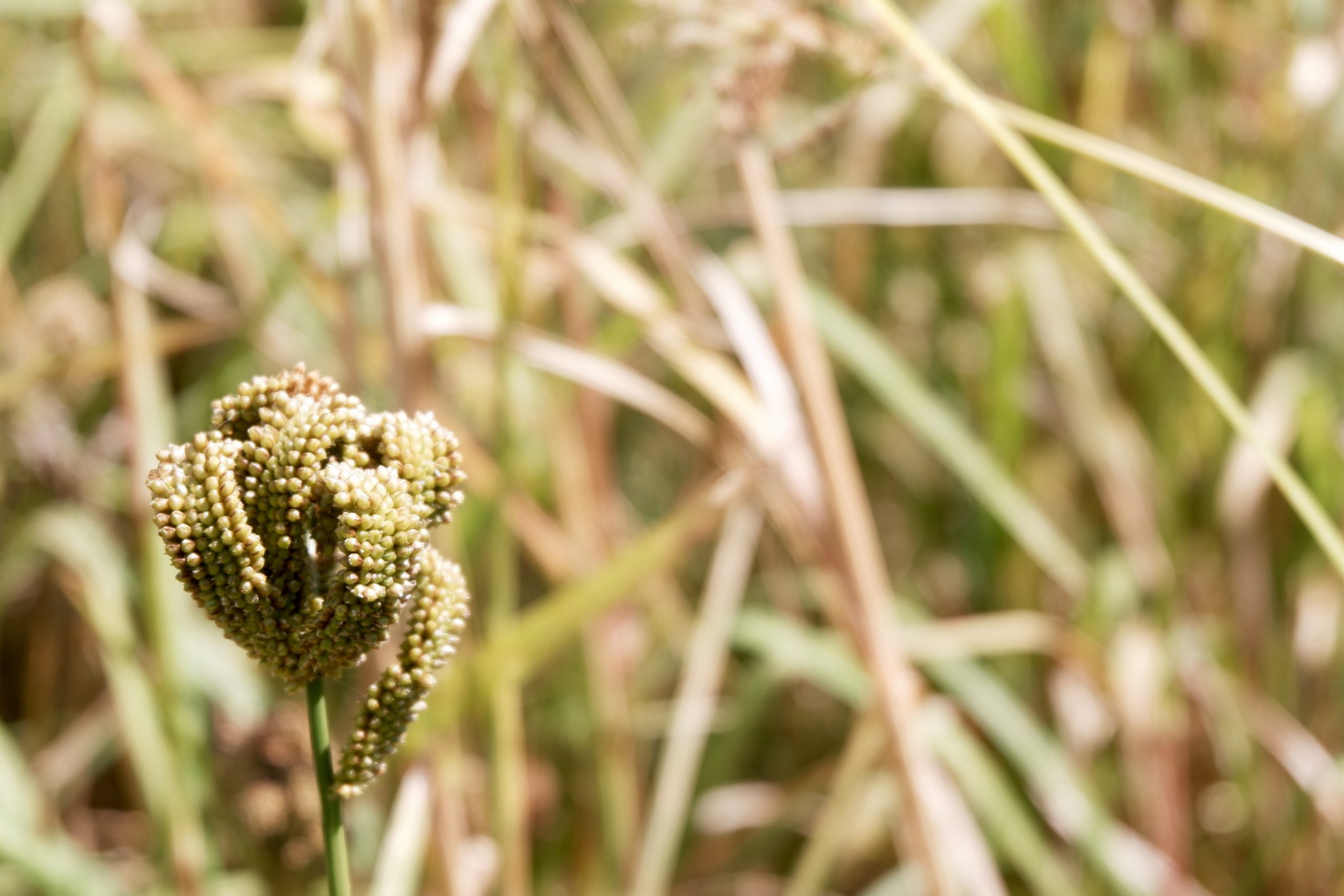 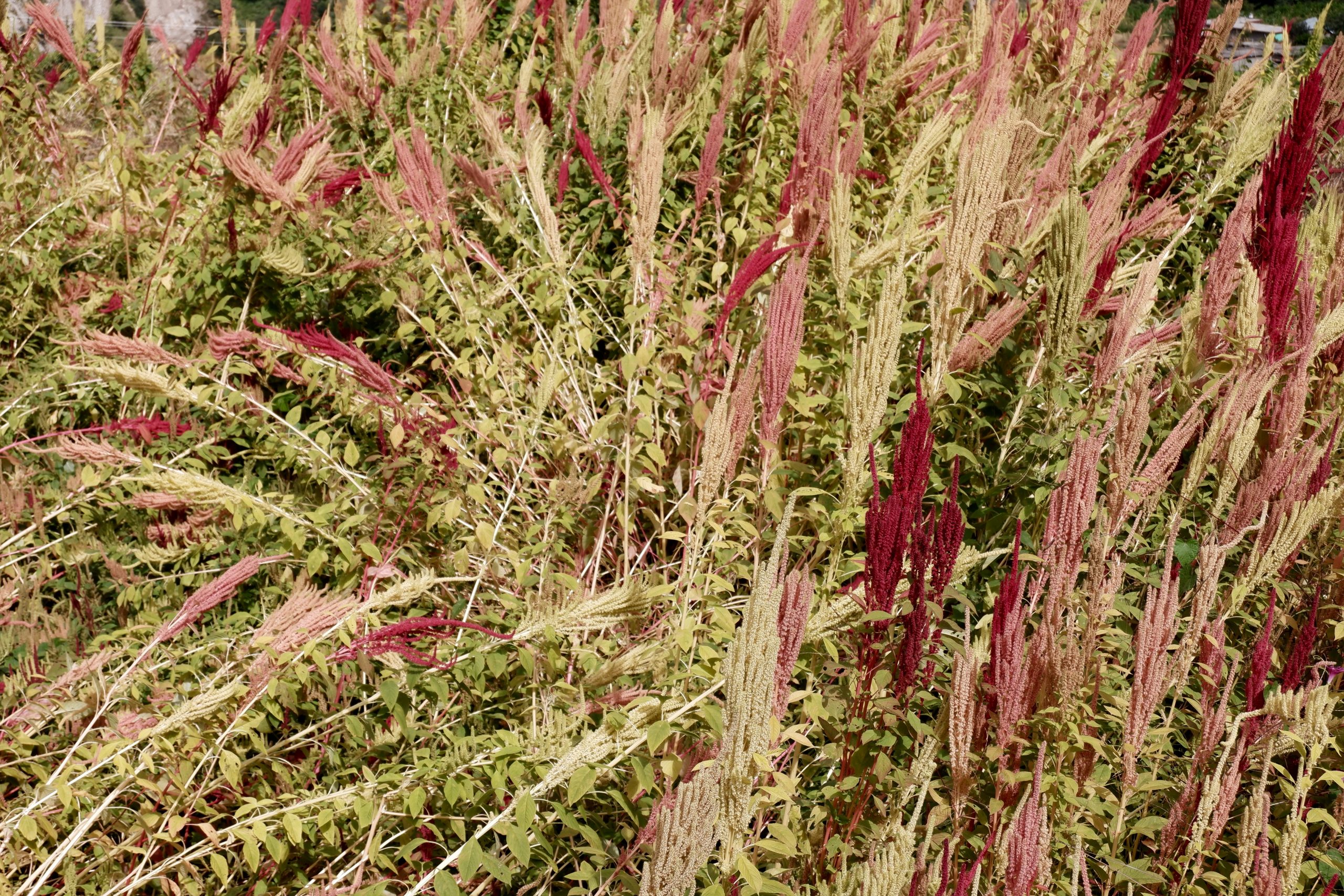 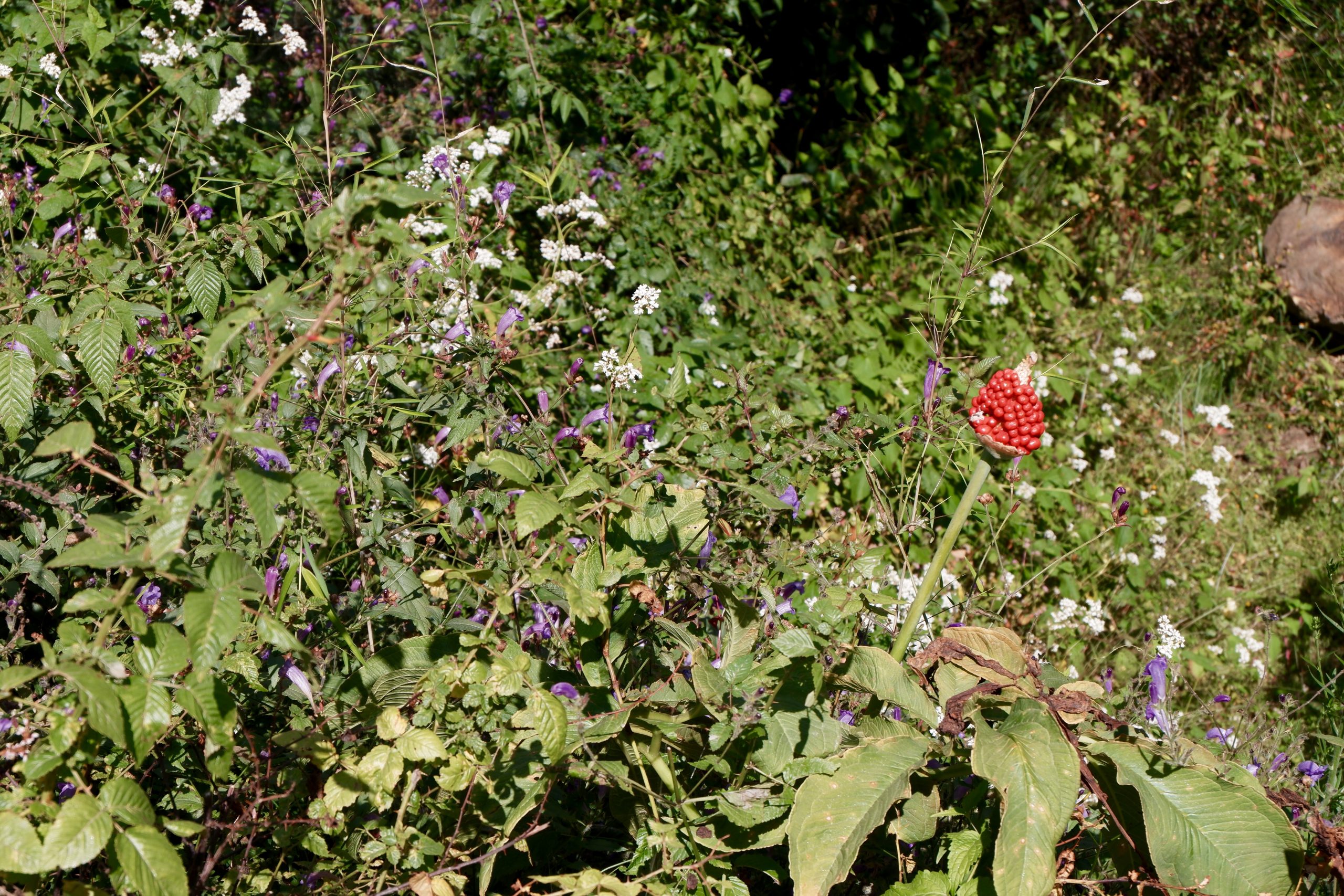 funny red plant and many flowers 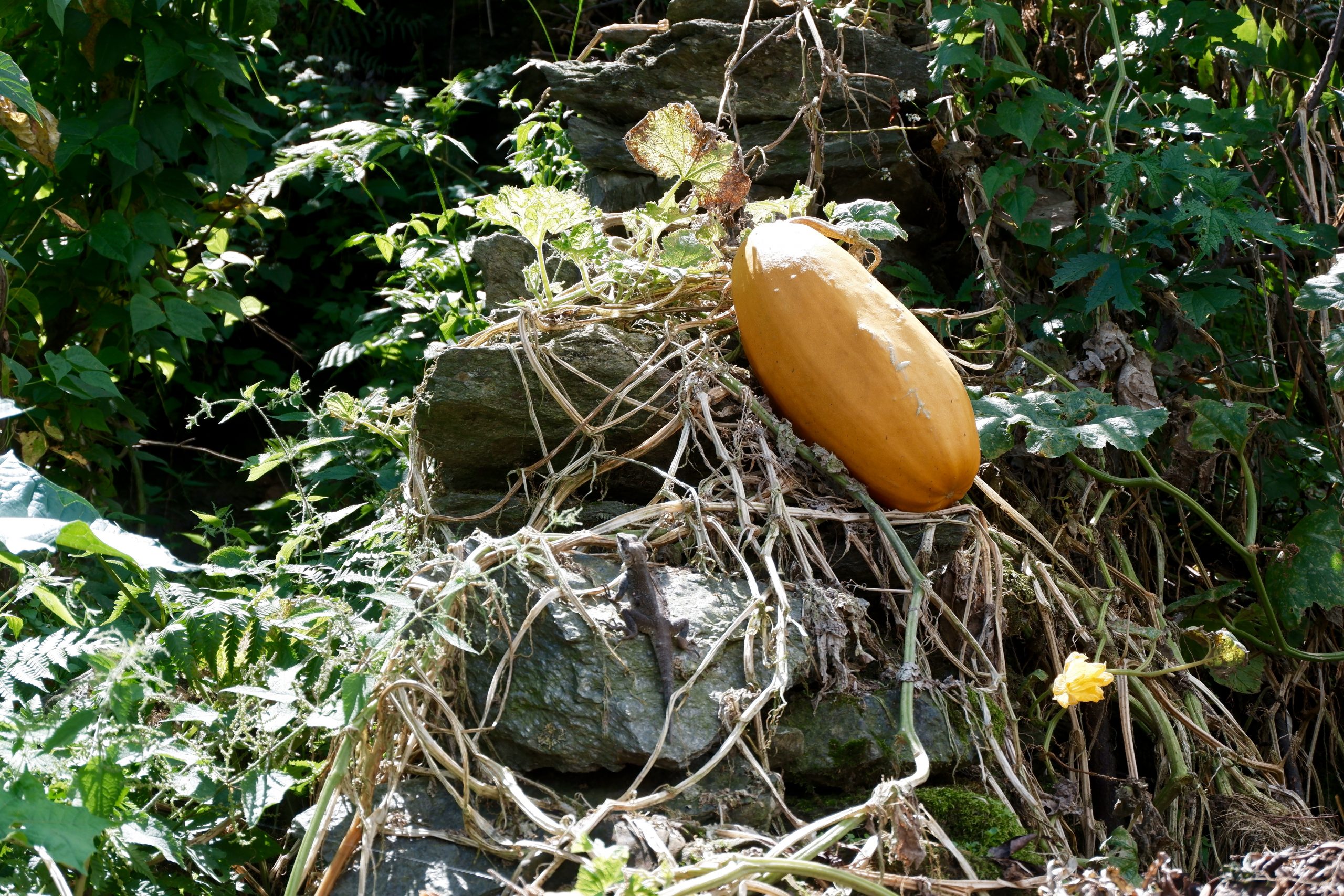 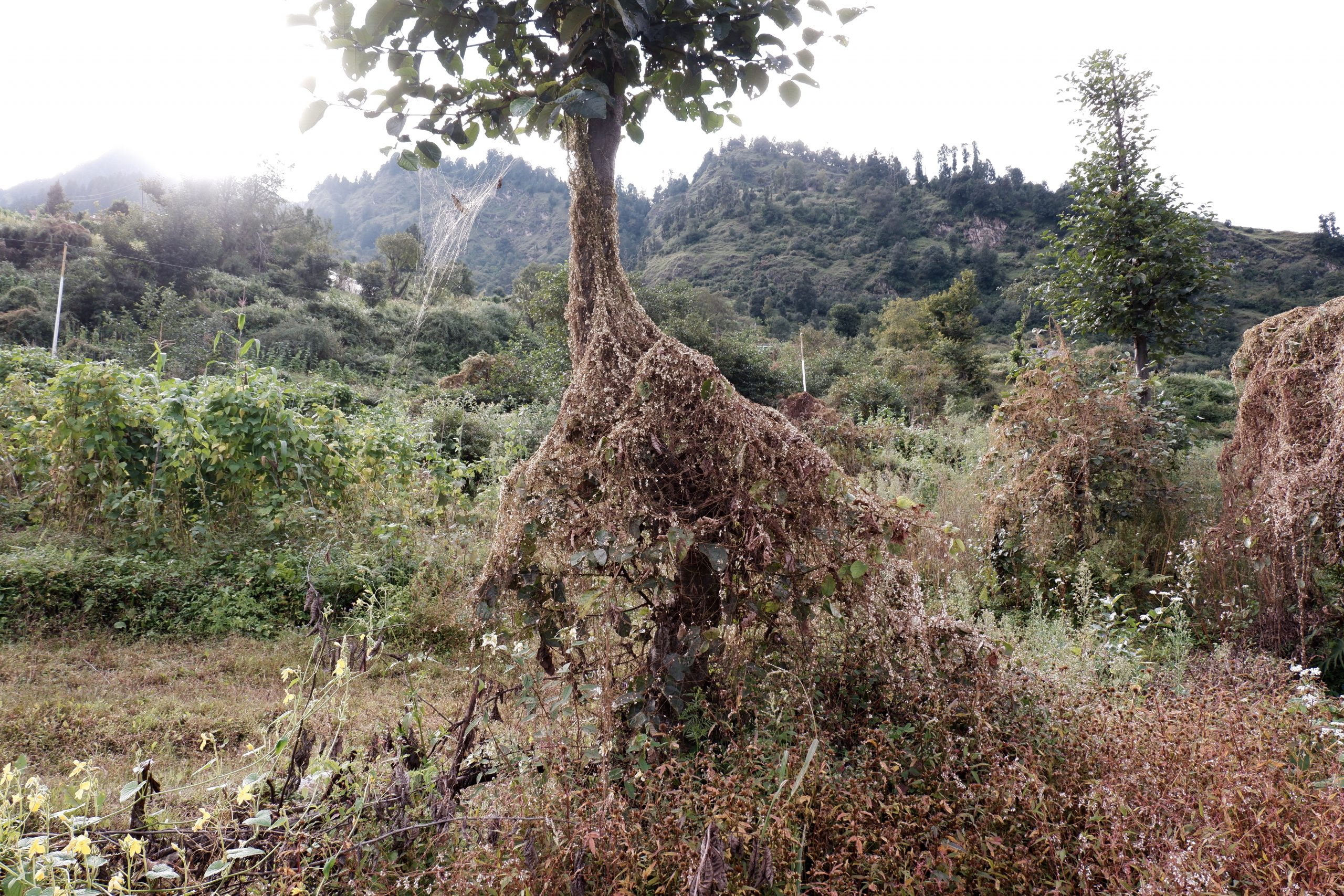 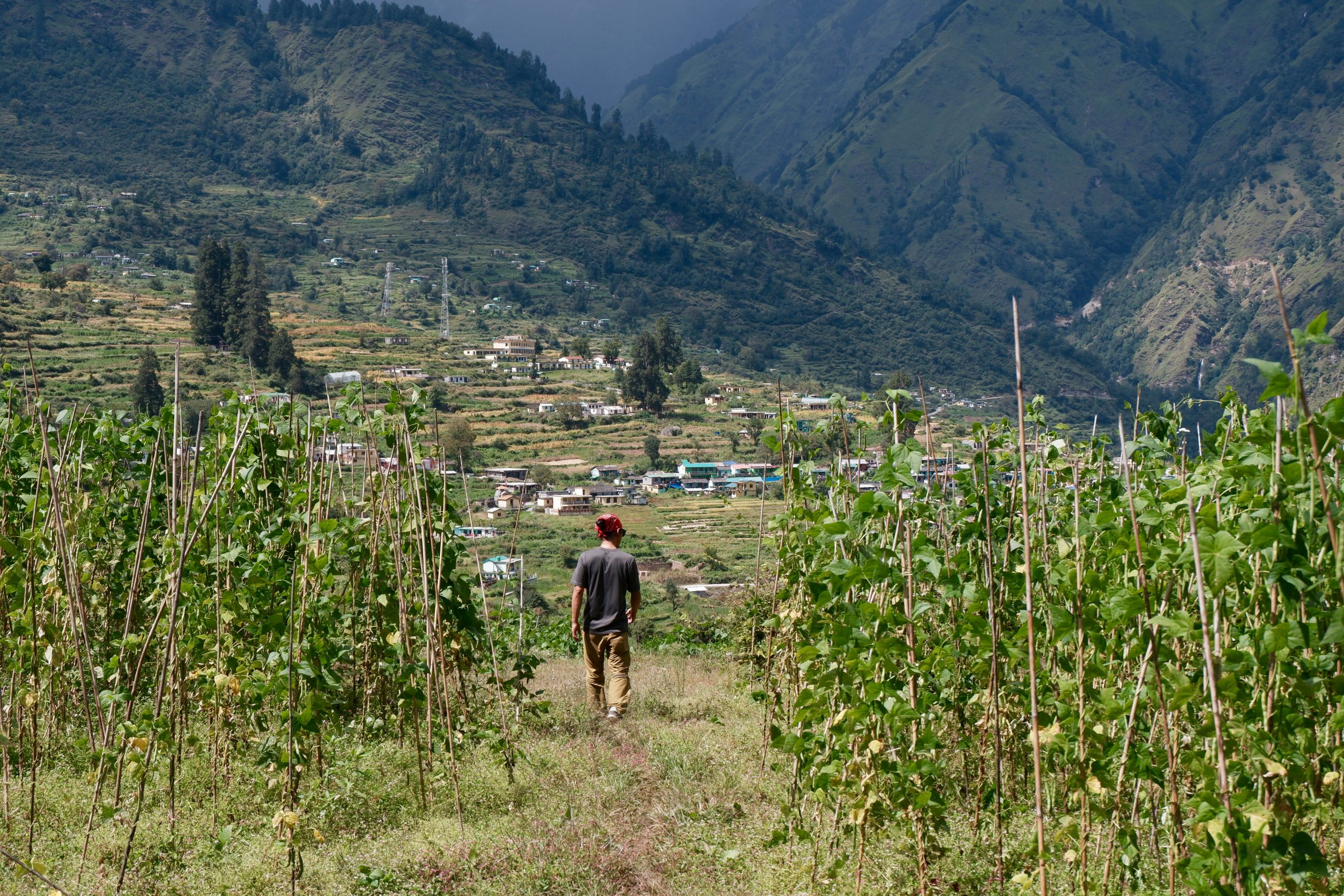 There were also little temples everywhere among the plants. 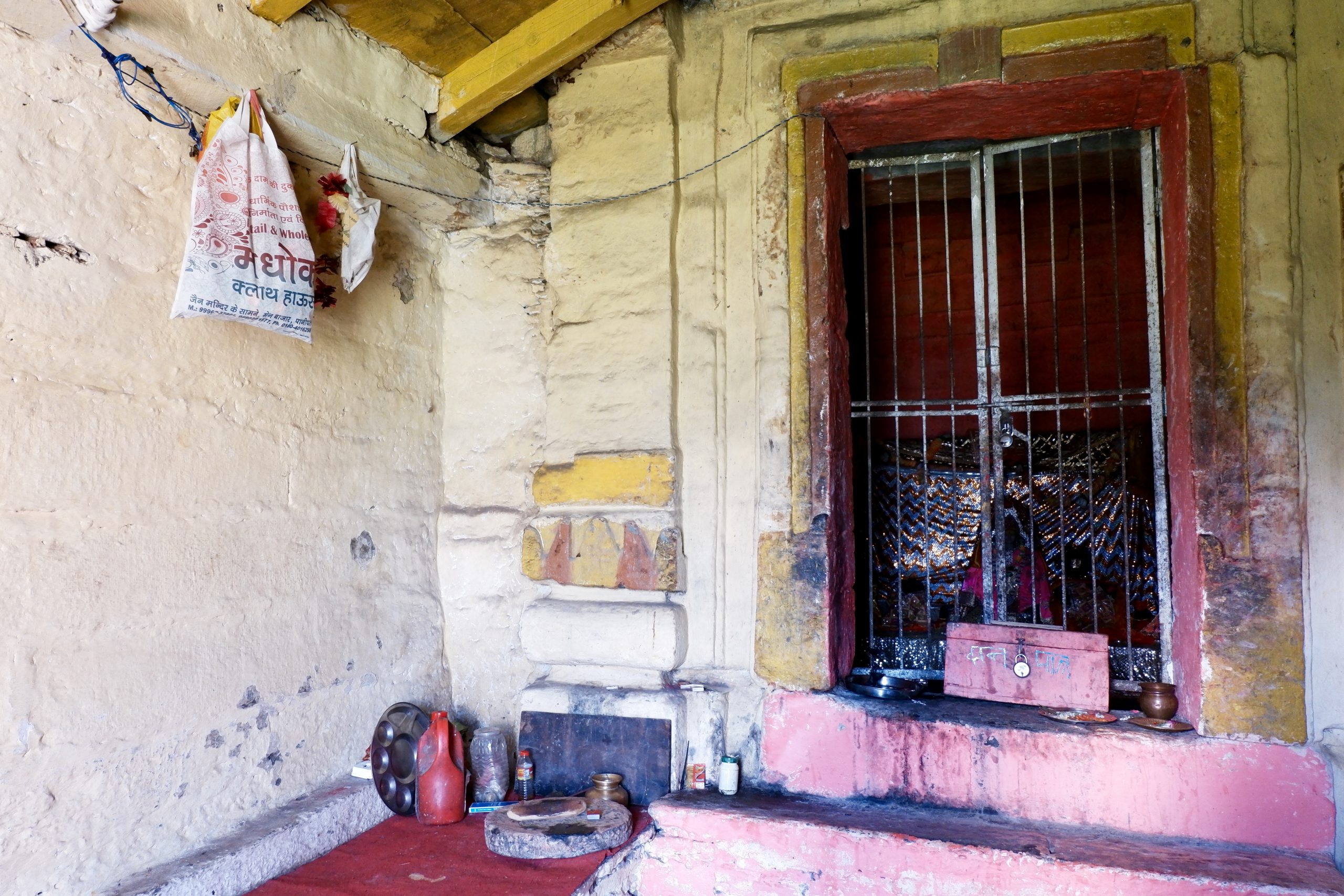 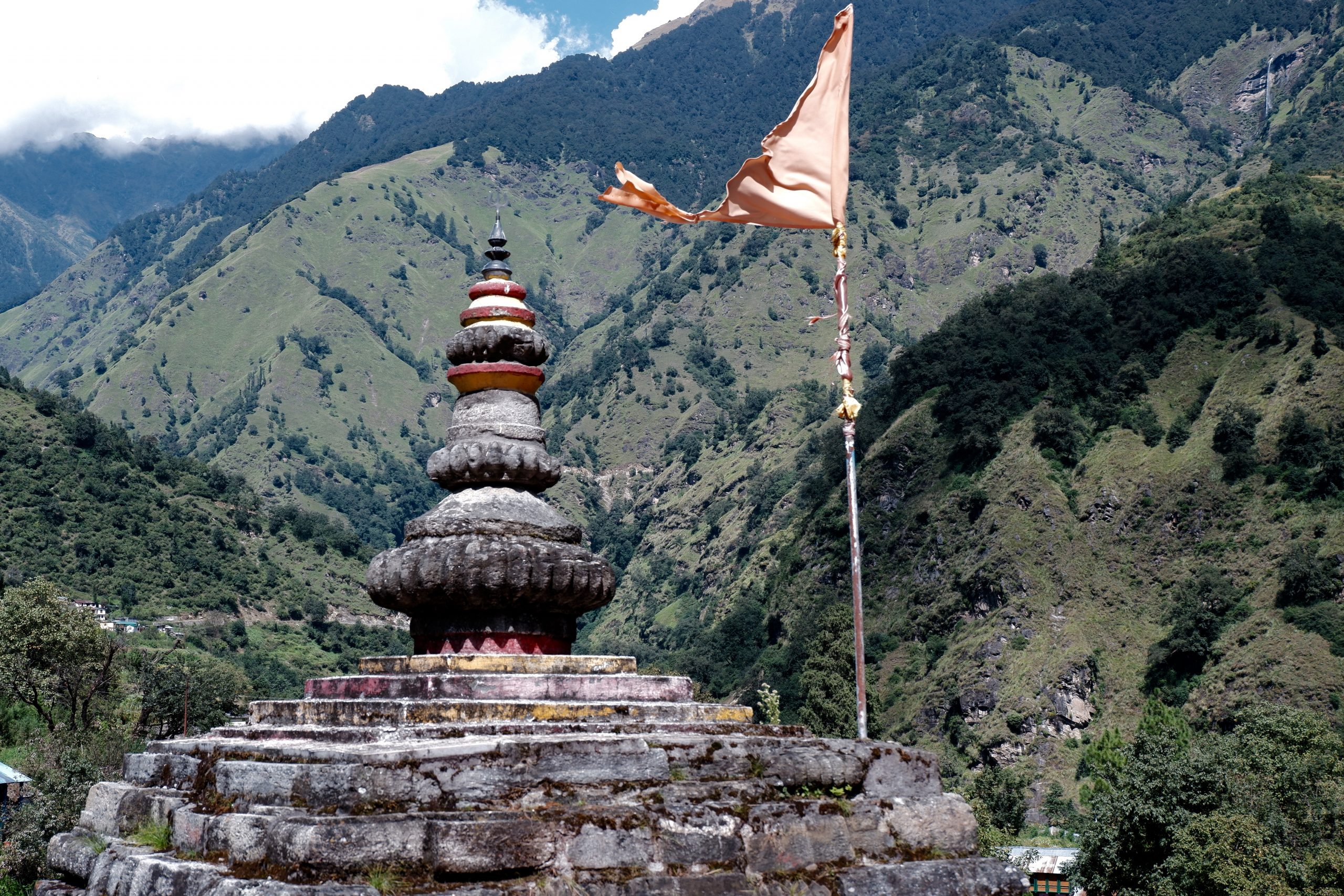 And for sure houses and people 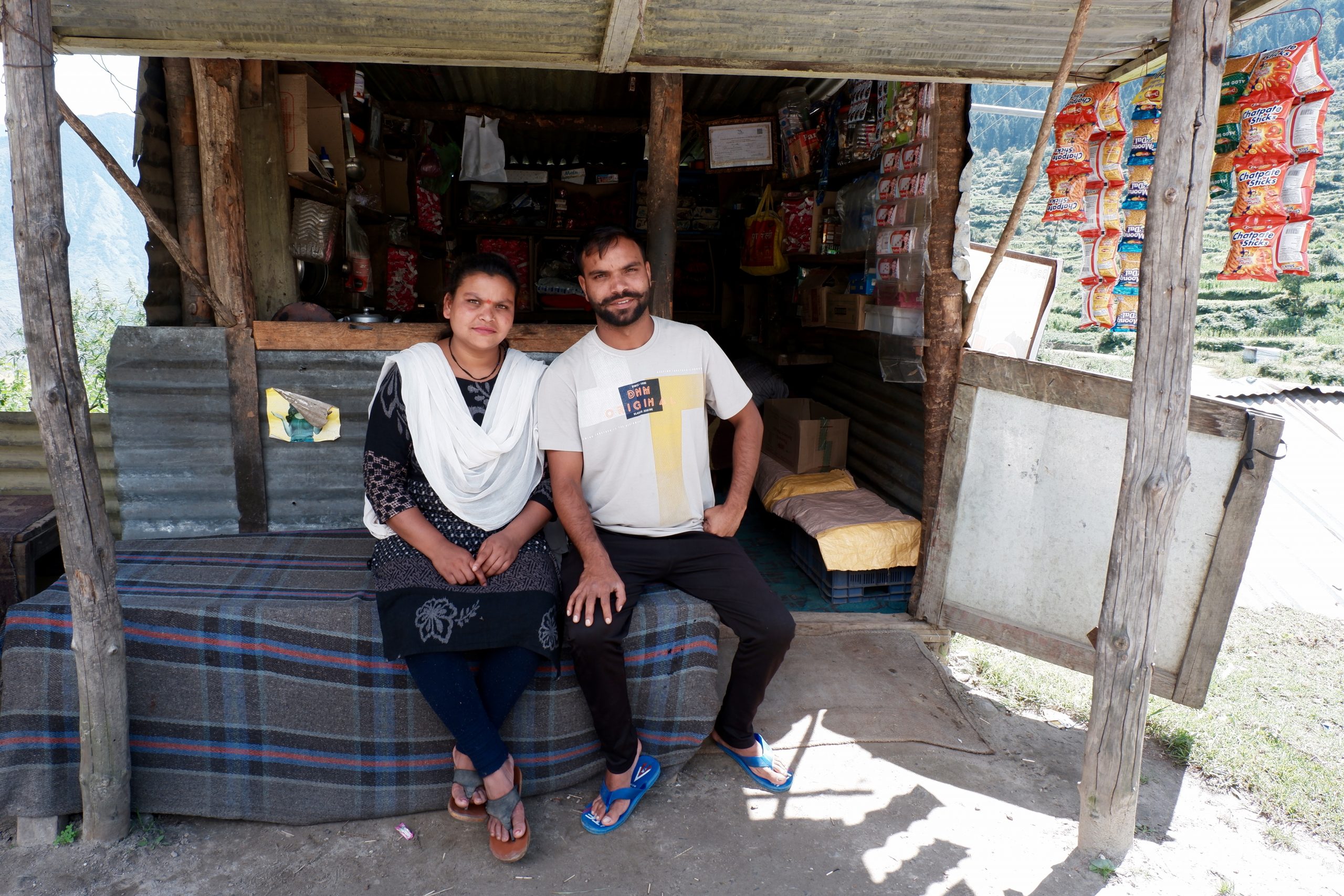 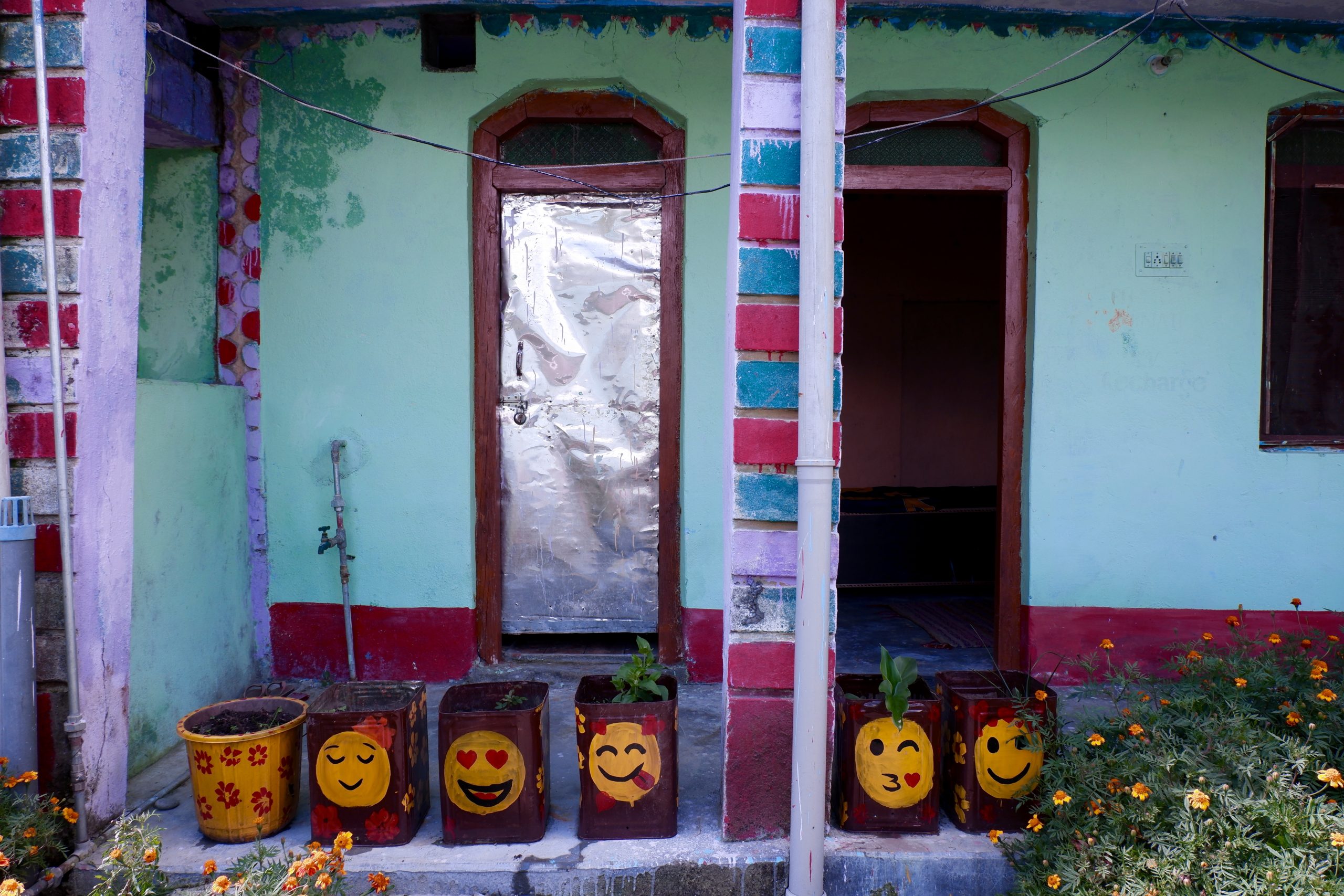 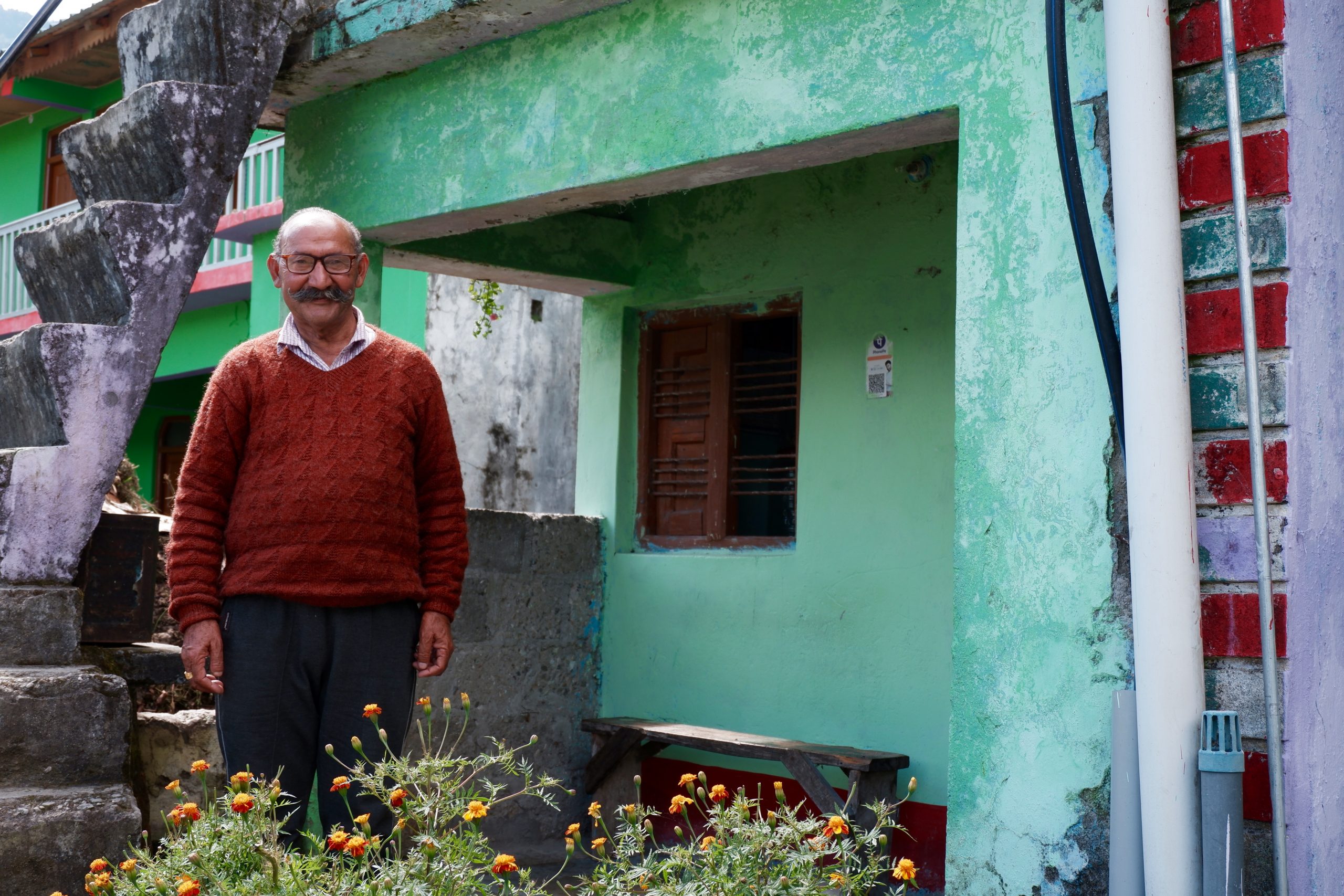 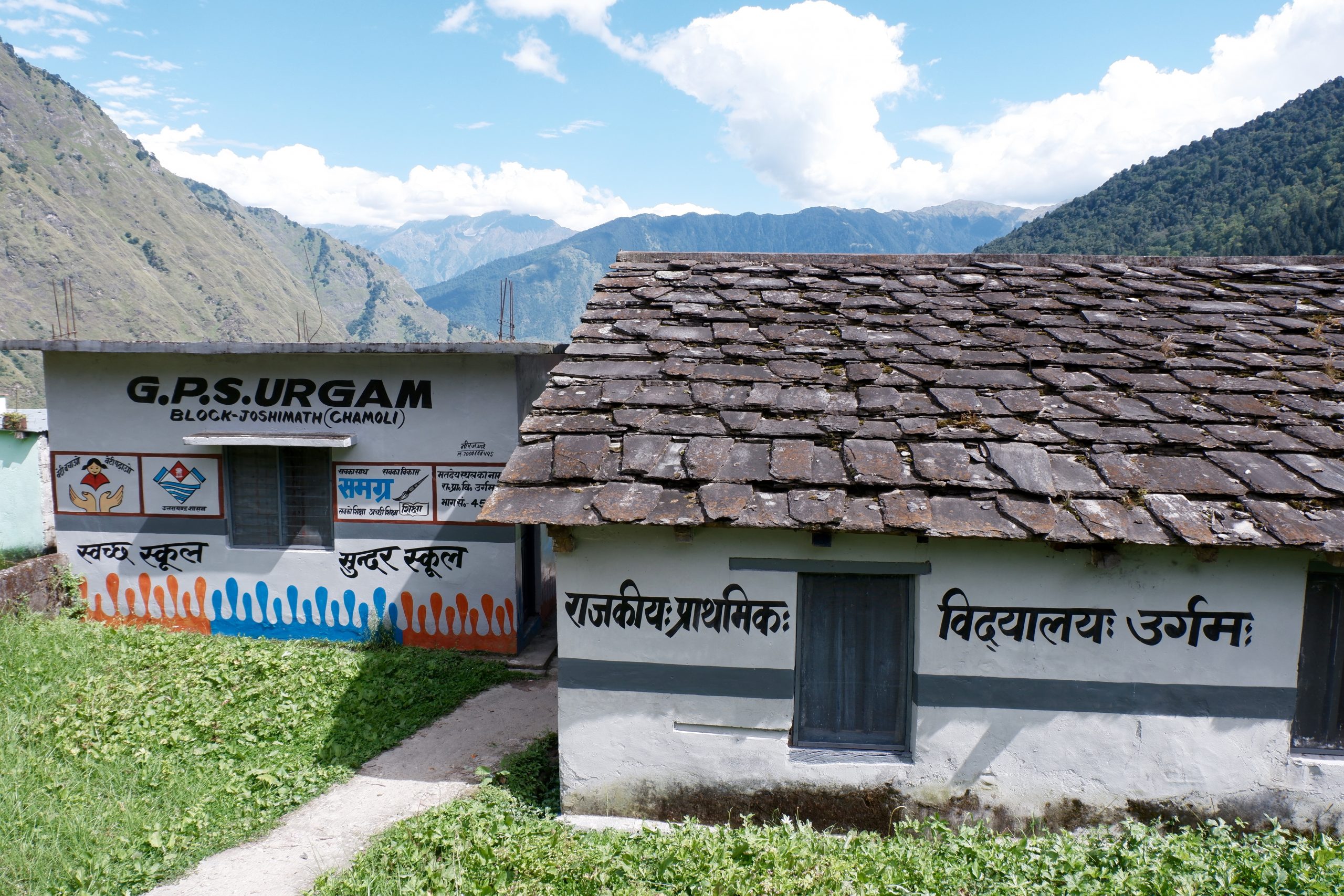 school – unfortunately after finishing of school 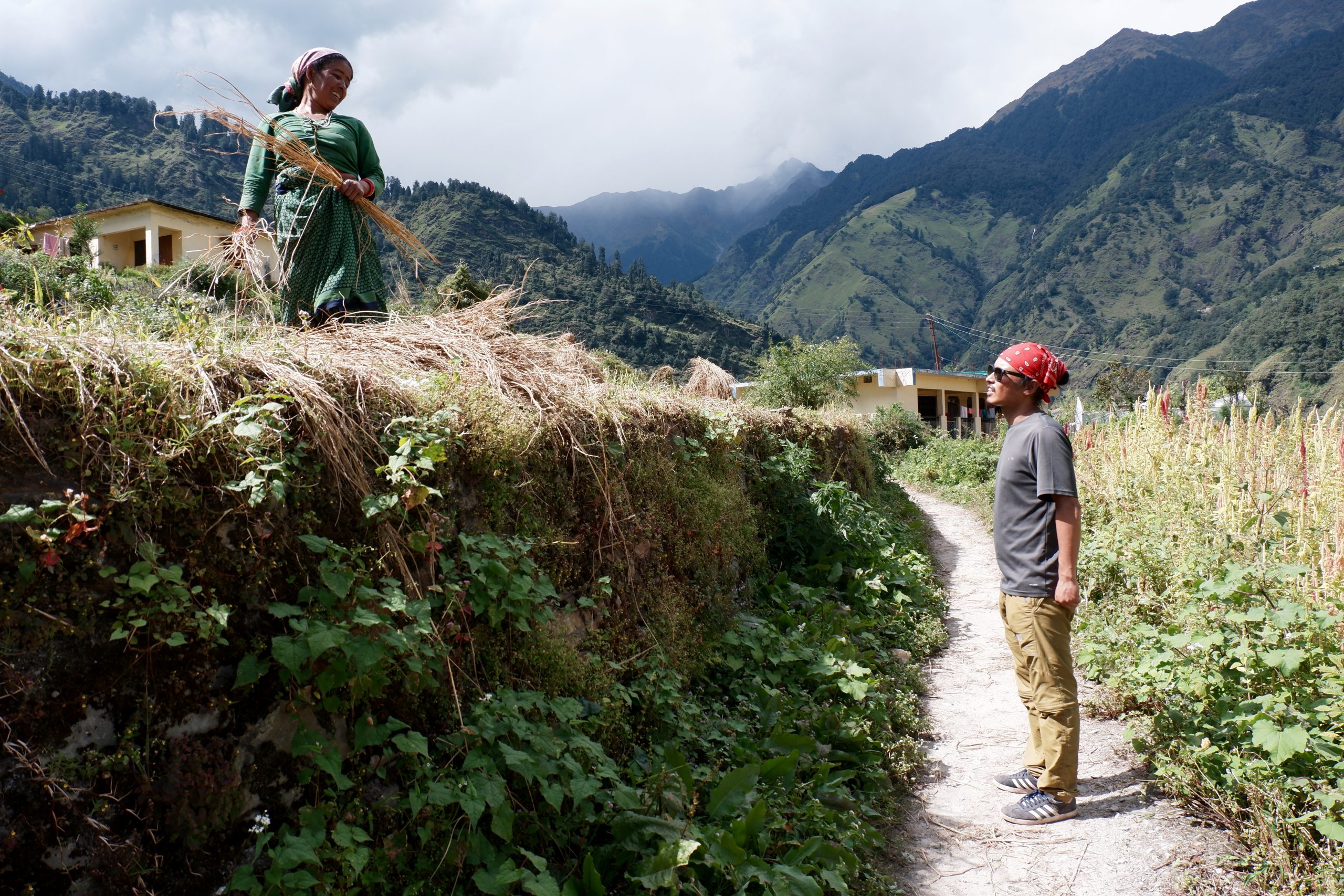 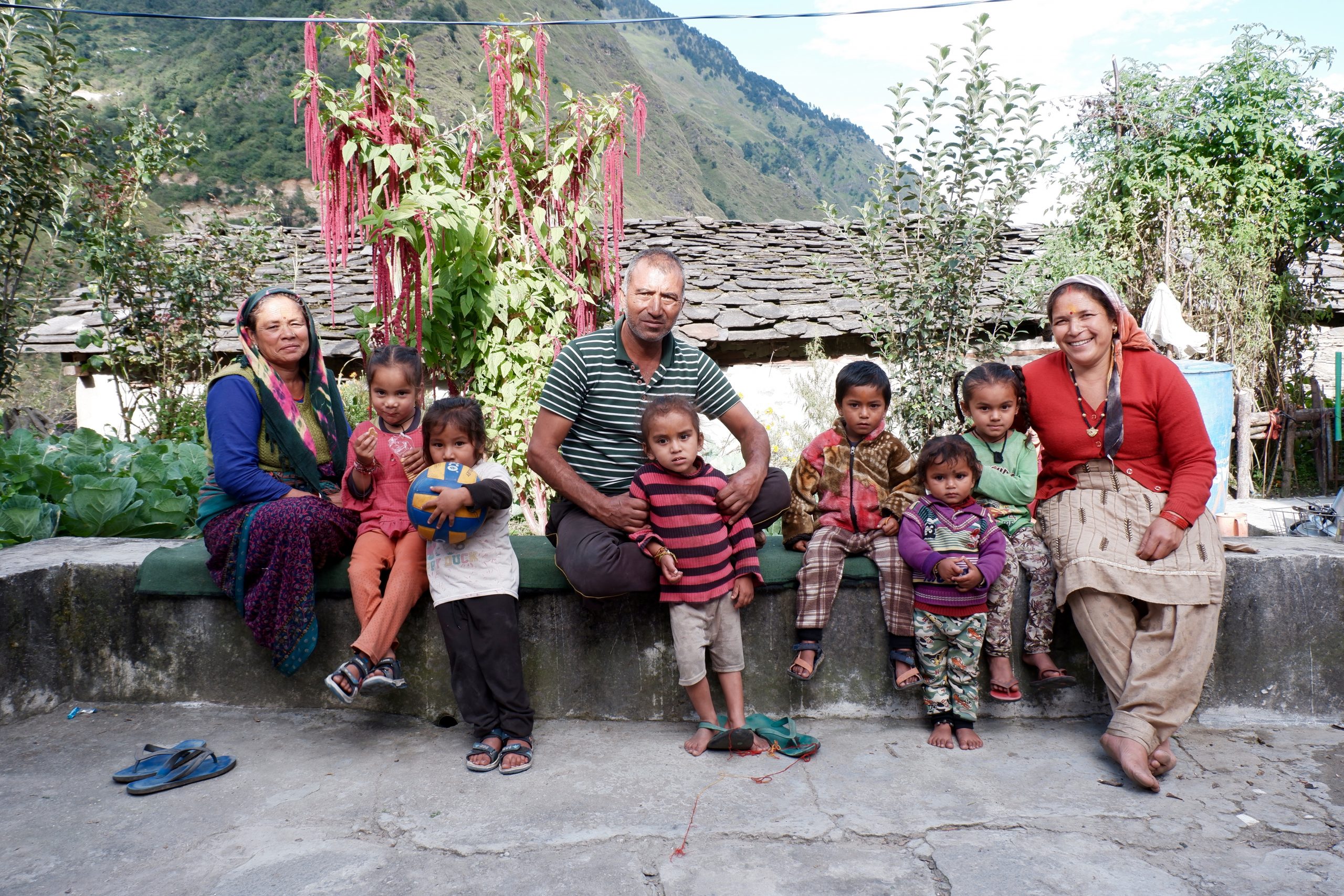 Then we went to the homestay, I played ball with the children and just looked around to see who was there. Their own children are grown up and in Dehra Dun – but one of them was getting married and the neighbours brought wood and got food and a nice time together.

Then we went to the river where construction is underway so that the villages on the slope opposite will also have road access.

Sometimes, however, nature is also quite brutal – and produces earth drops like this one: 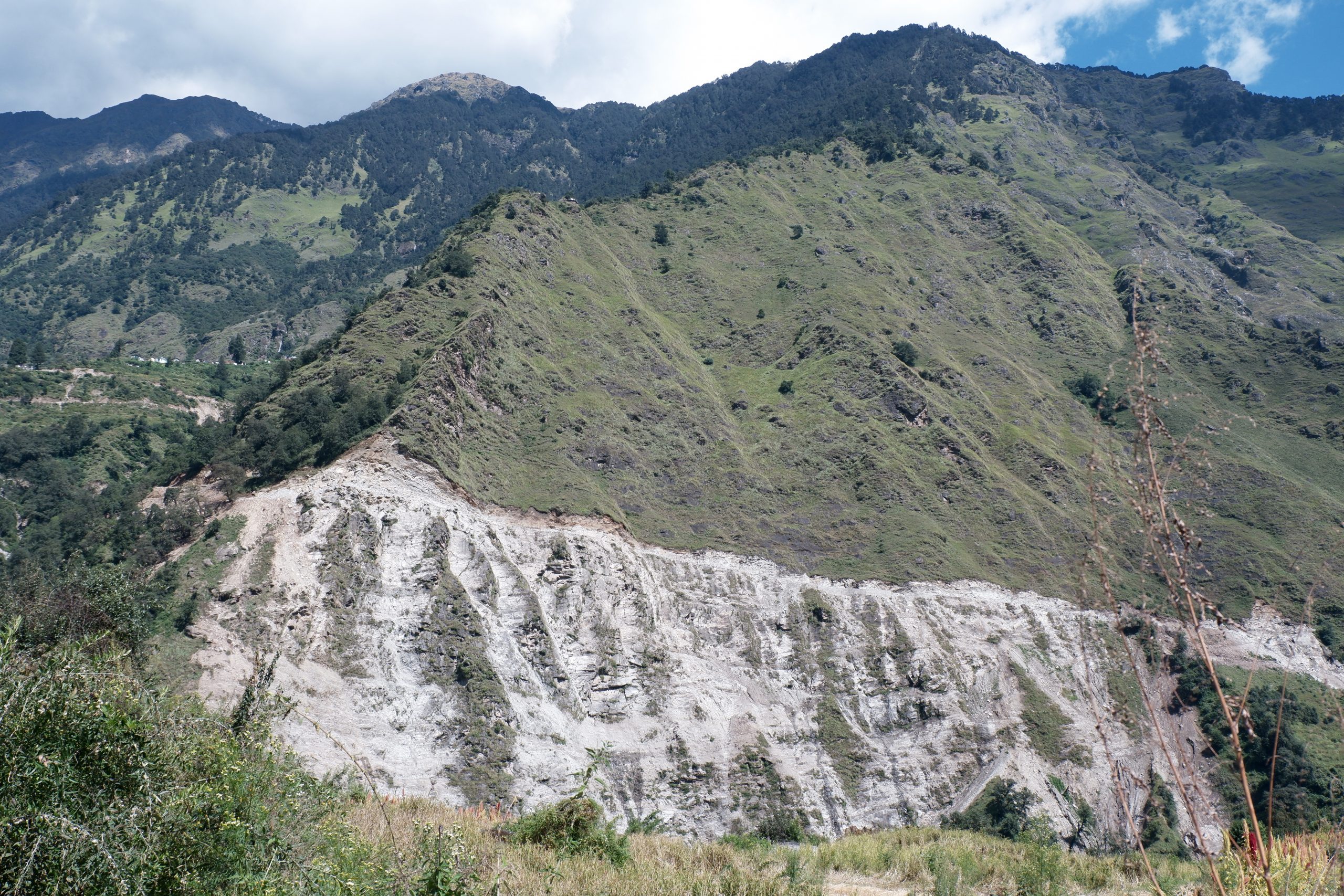 A very pleasant, quiet day, as there could have been more. But the absolute highlight of experience came over the next 3 days. That blew me away. And Binodh almost too.