I stayed in Artavan for 2 nights to do another day tour and experience more village life.

The tour went to a lake (Hayeli lake) and I passed a smaller unnamed lake. They shone so blue and inviting that I would have liked to jump in. But it was too boggy and there were too many shepherds etc. on the road. Earlier in the year everything around the lakes is obviously green, now in autumn it’s ochre. Which I personally like better. 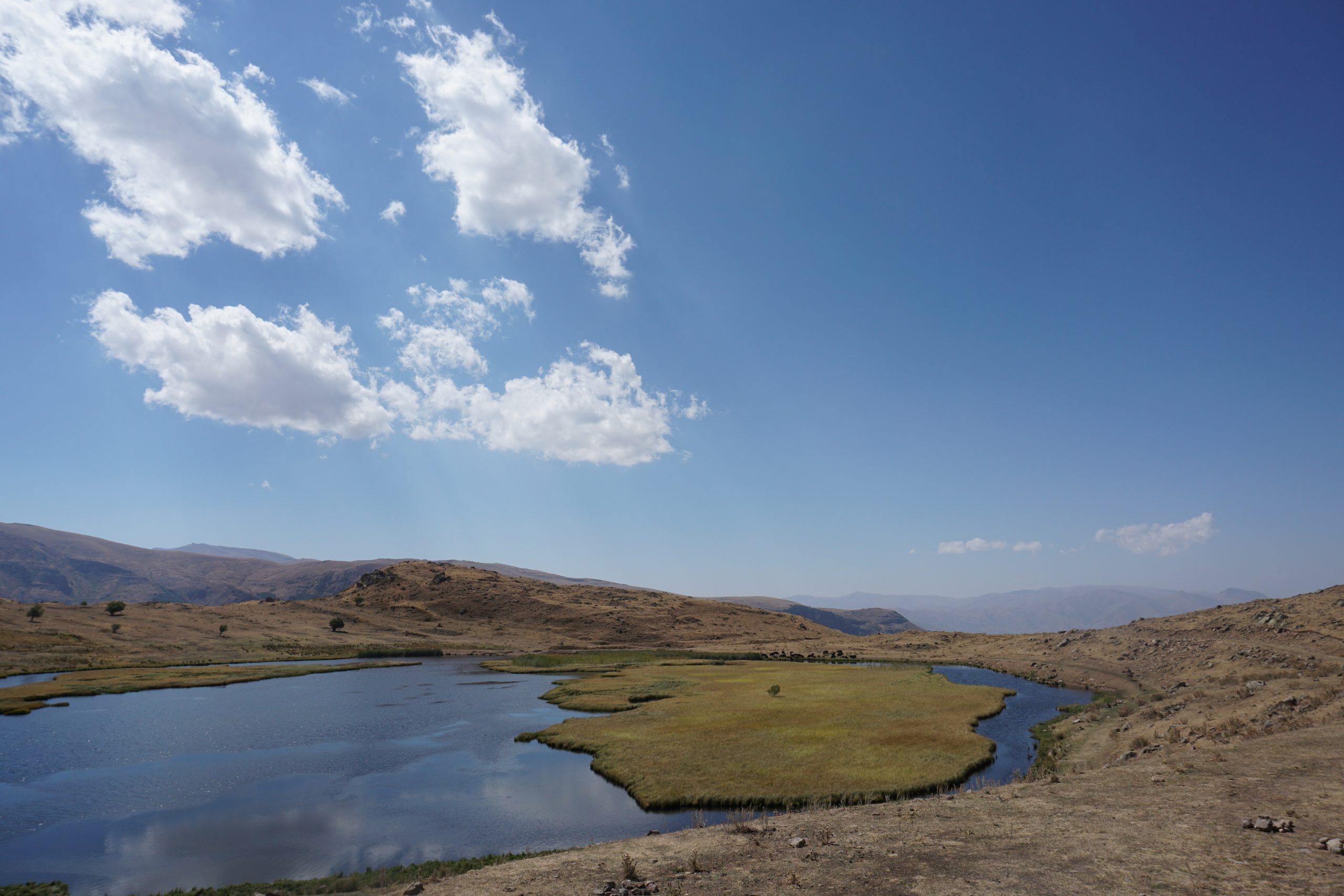 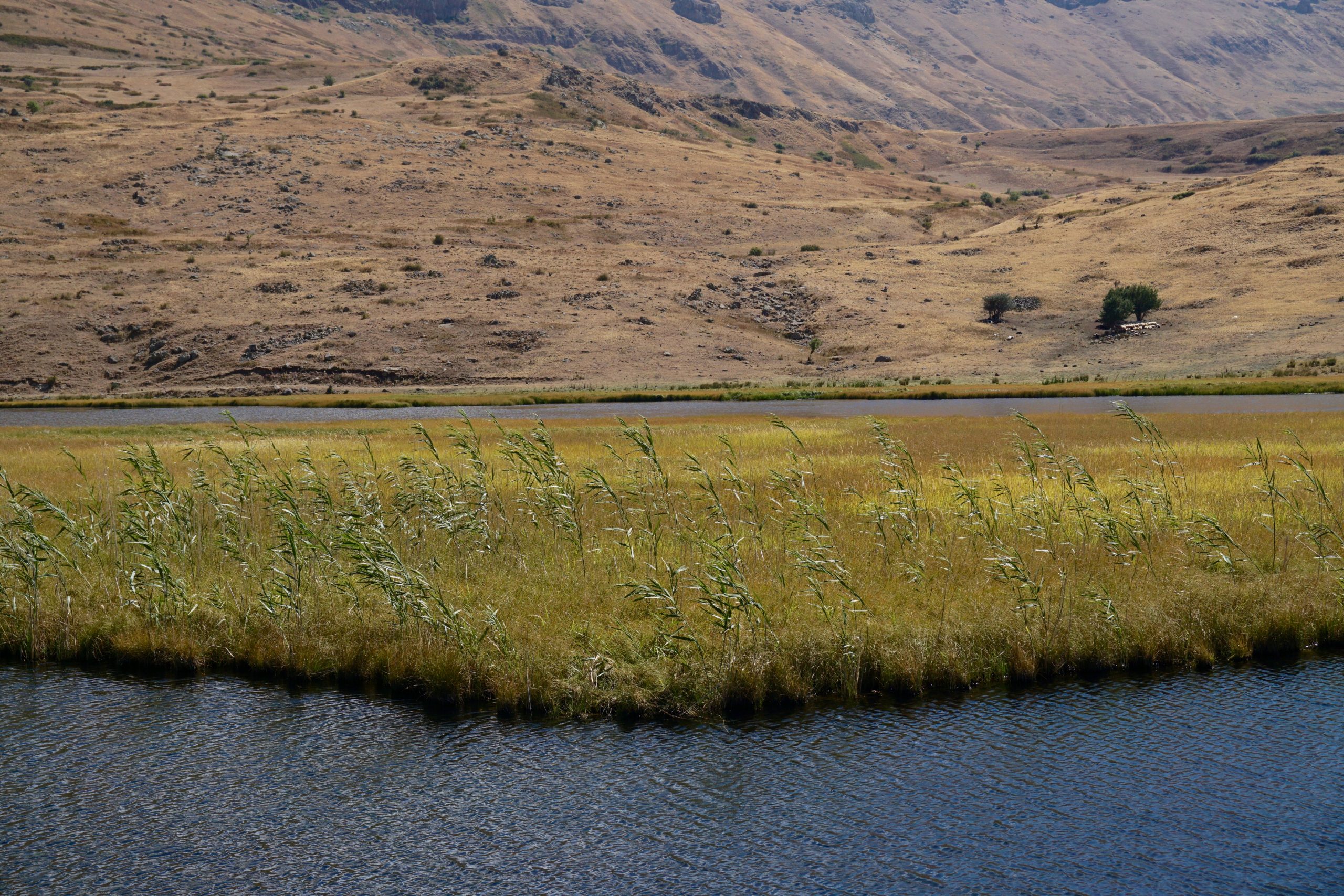 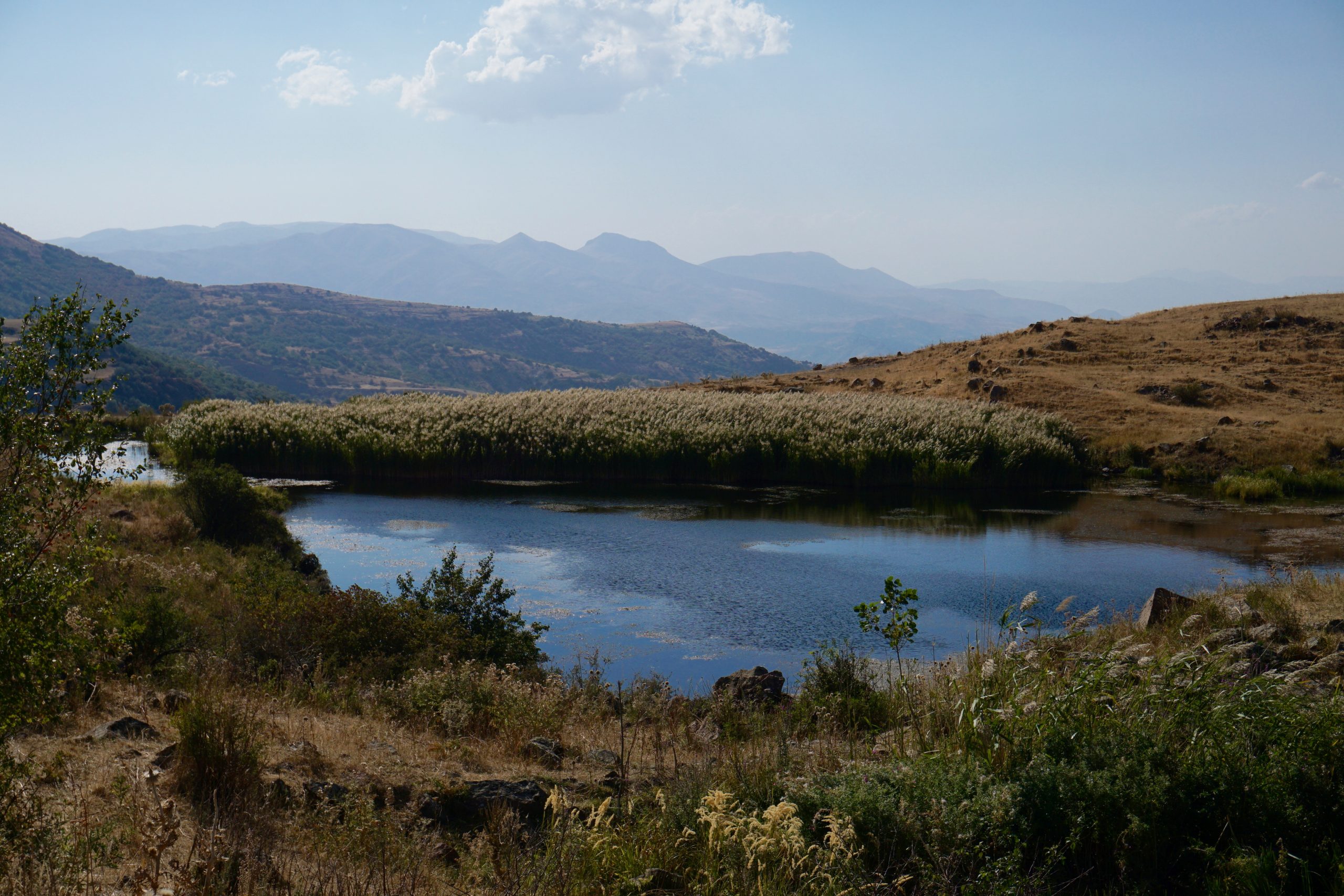 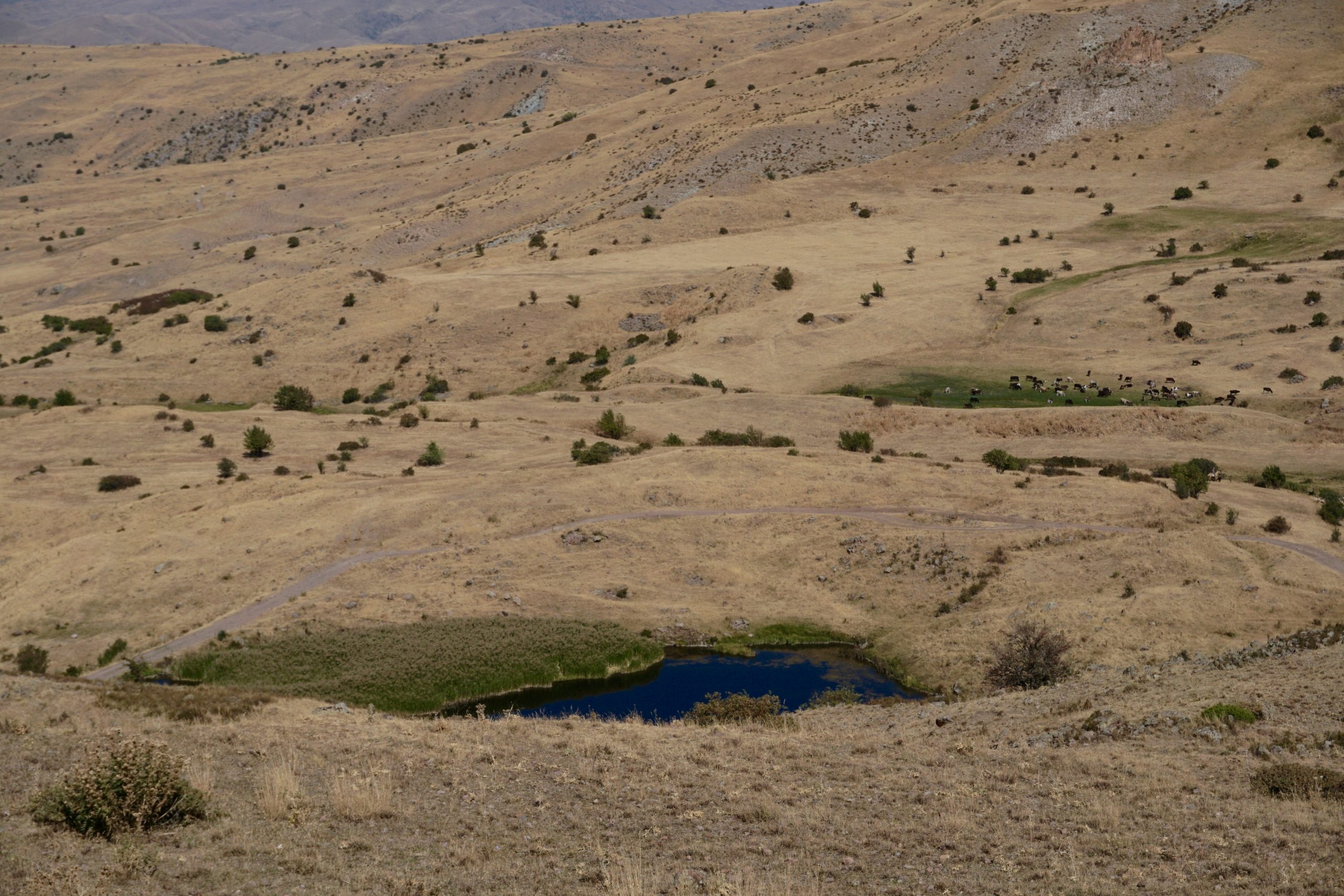 Afterwards I walked through Artavan. According to Wikepdia, 321 people live there. There is a shop 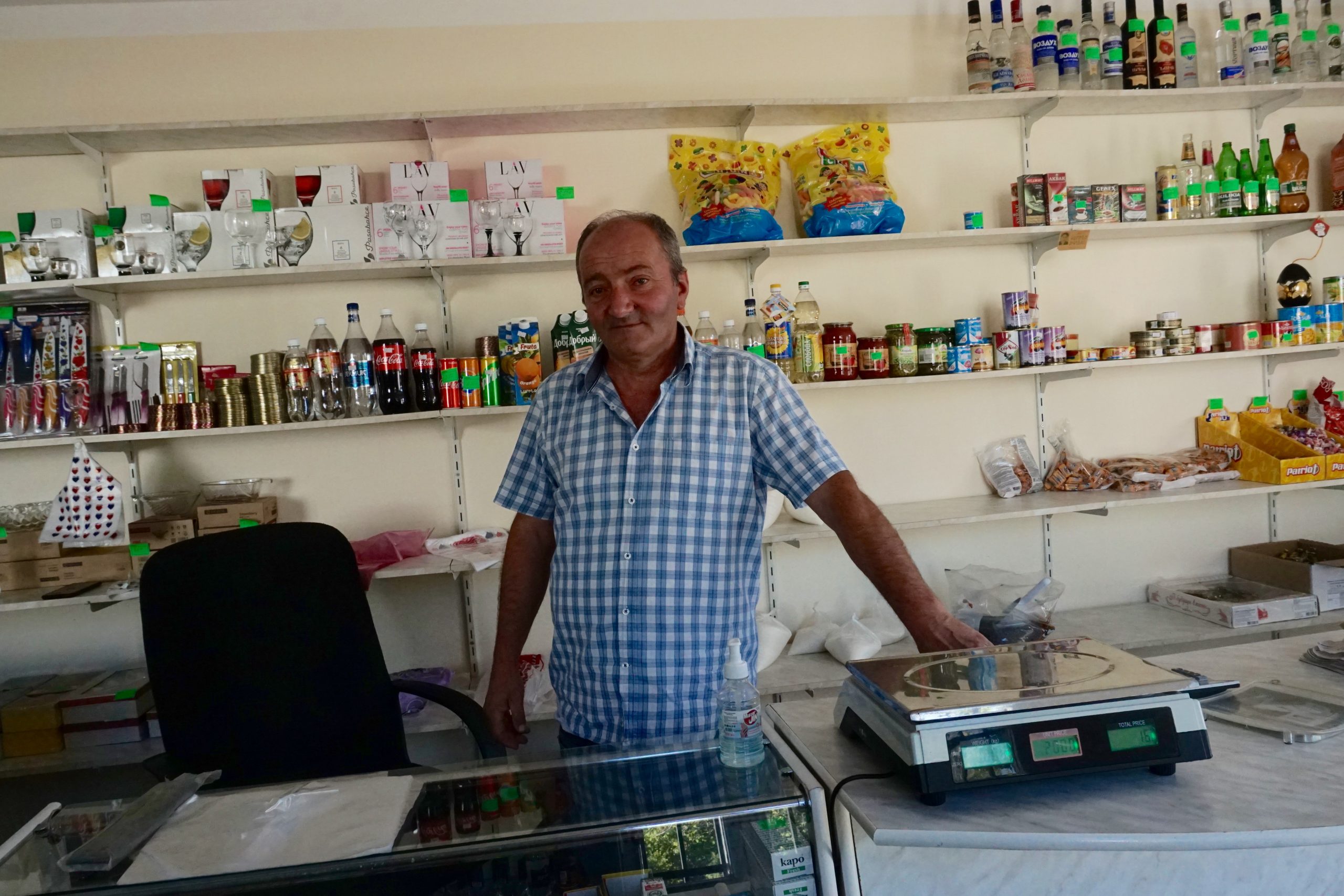 only shop in Artavan with salesman

The houses were mostly at a distance from each other and you hardly saw people together, rather just individuals. 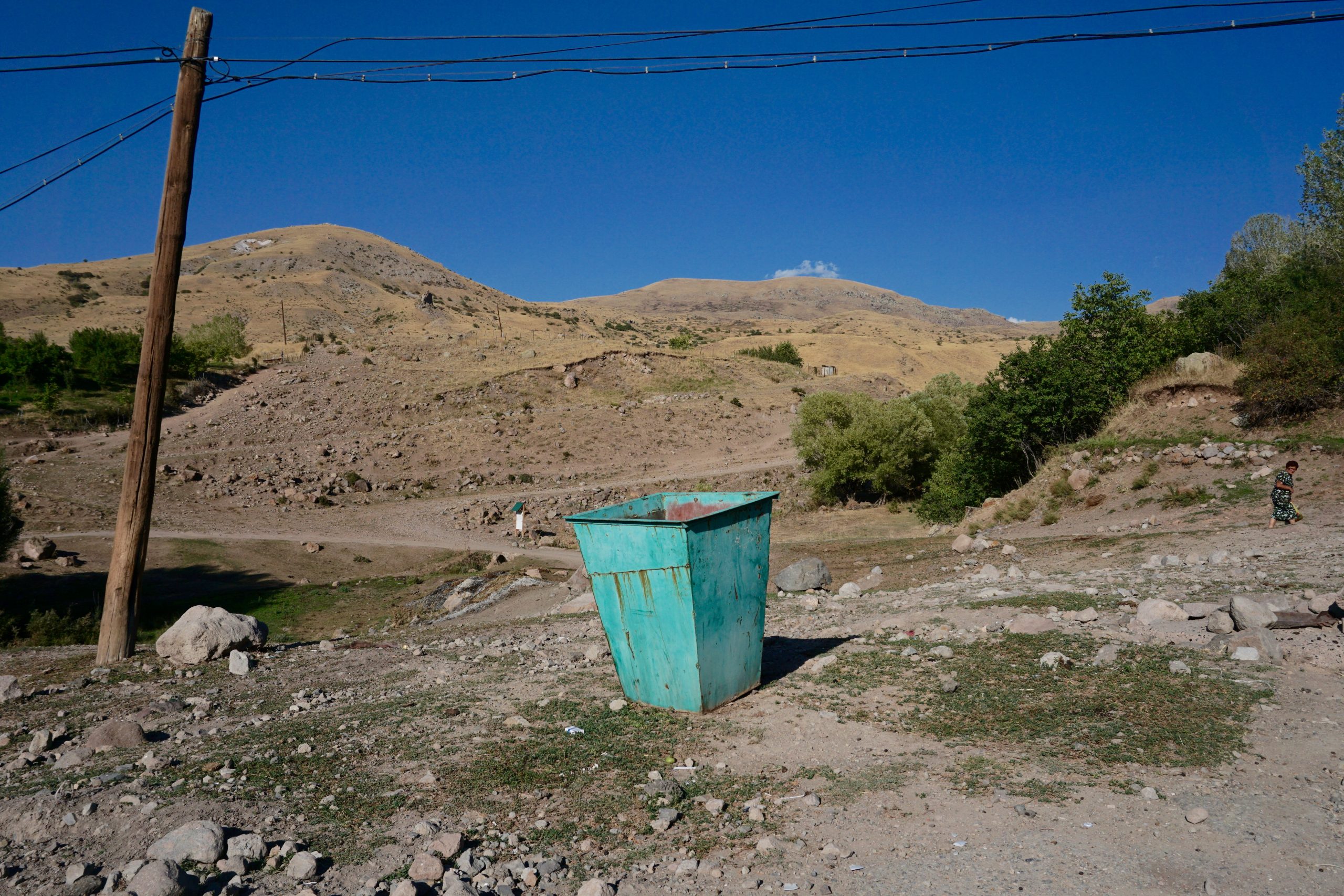 single woman on the right side on the photo

Though I didn’t find the atmosphere unpleasant. Maybe also because of the sunshine. I can’t really imagine what it looks like in the cold season and with lots of rain. I don’t know what exactly the people do, but they obviously have many animals, fields and large orchards and vegetable gardens. The houses and everything on the properties look very patched together. On the one hand, it’s good that everything can still be used somehow, but on the other hand, it depresses me a bit. 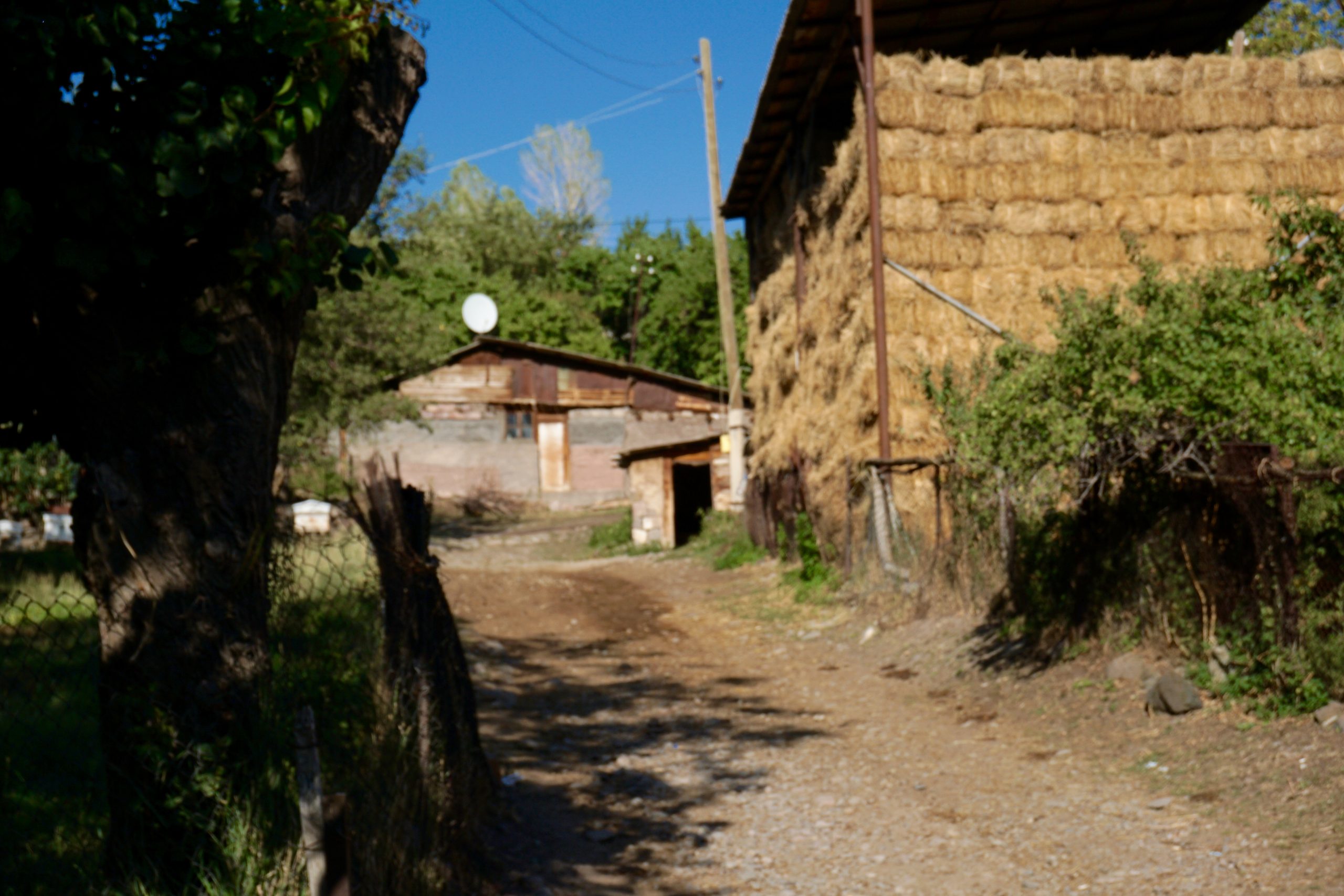 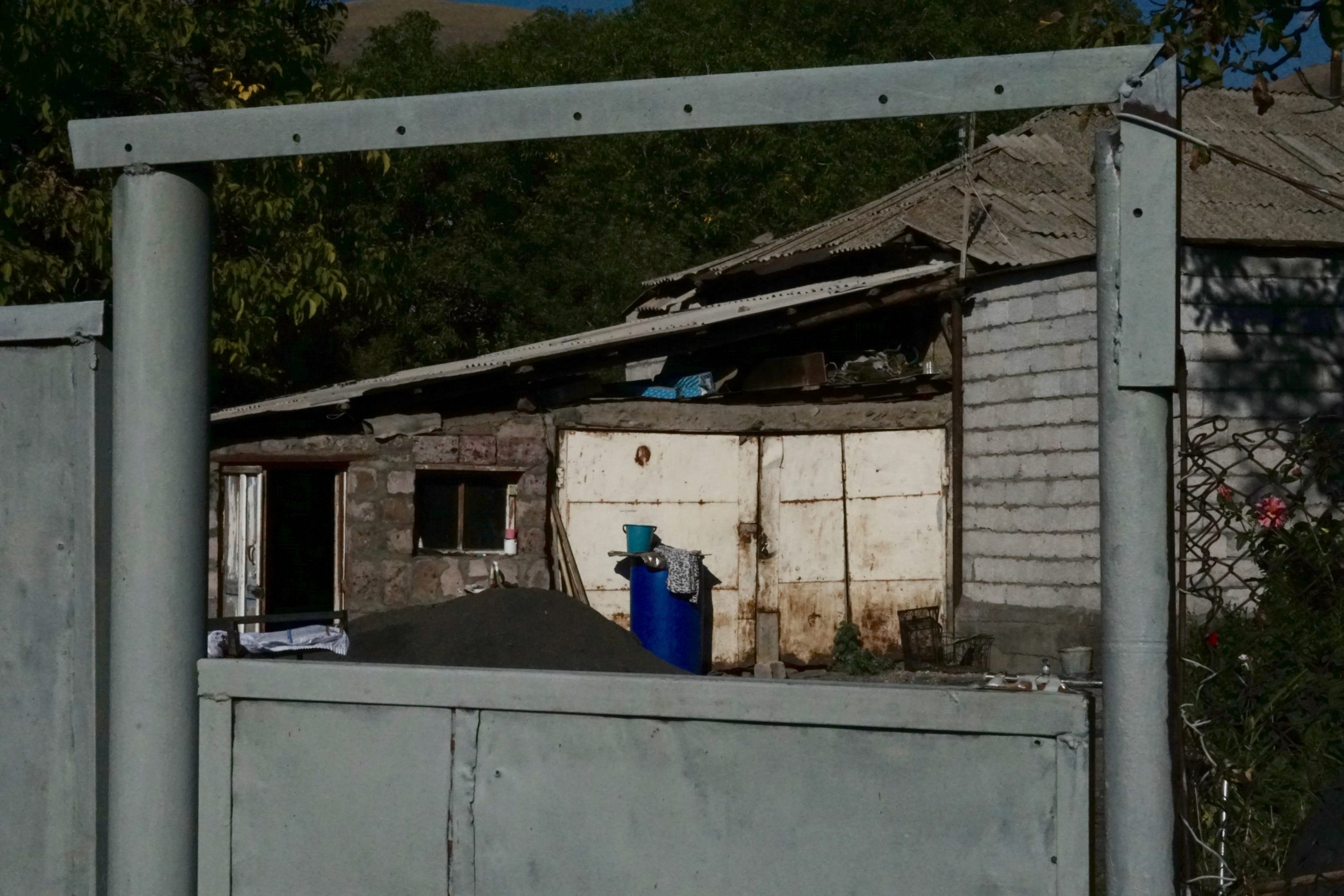 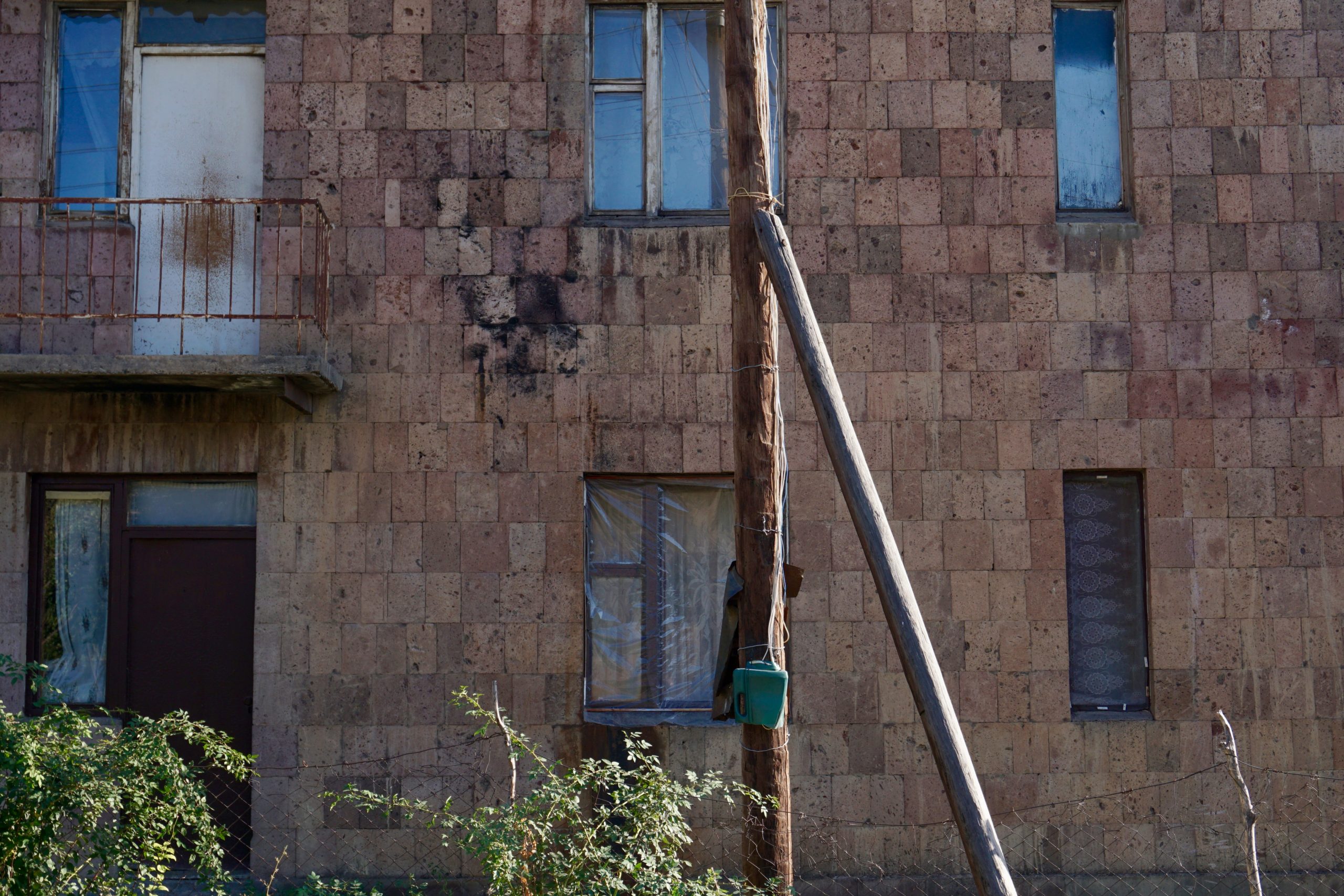 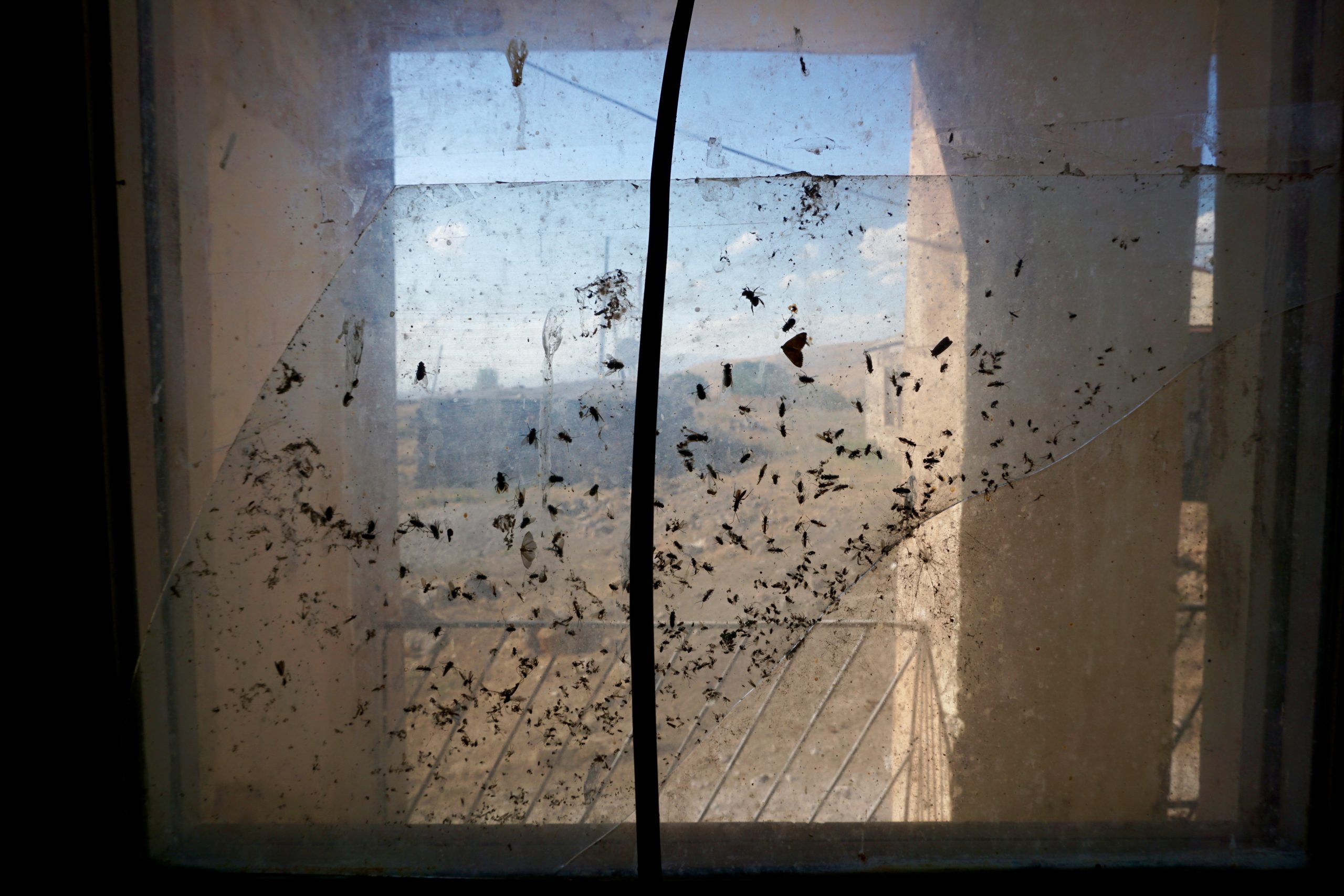 But now to my hosts Asgherik and Sambat. The next day, they take me to the minibus in the next village and have dressed up for it. 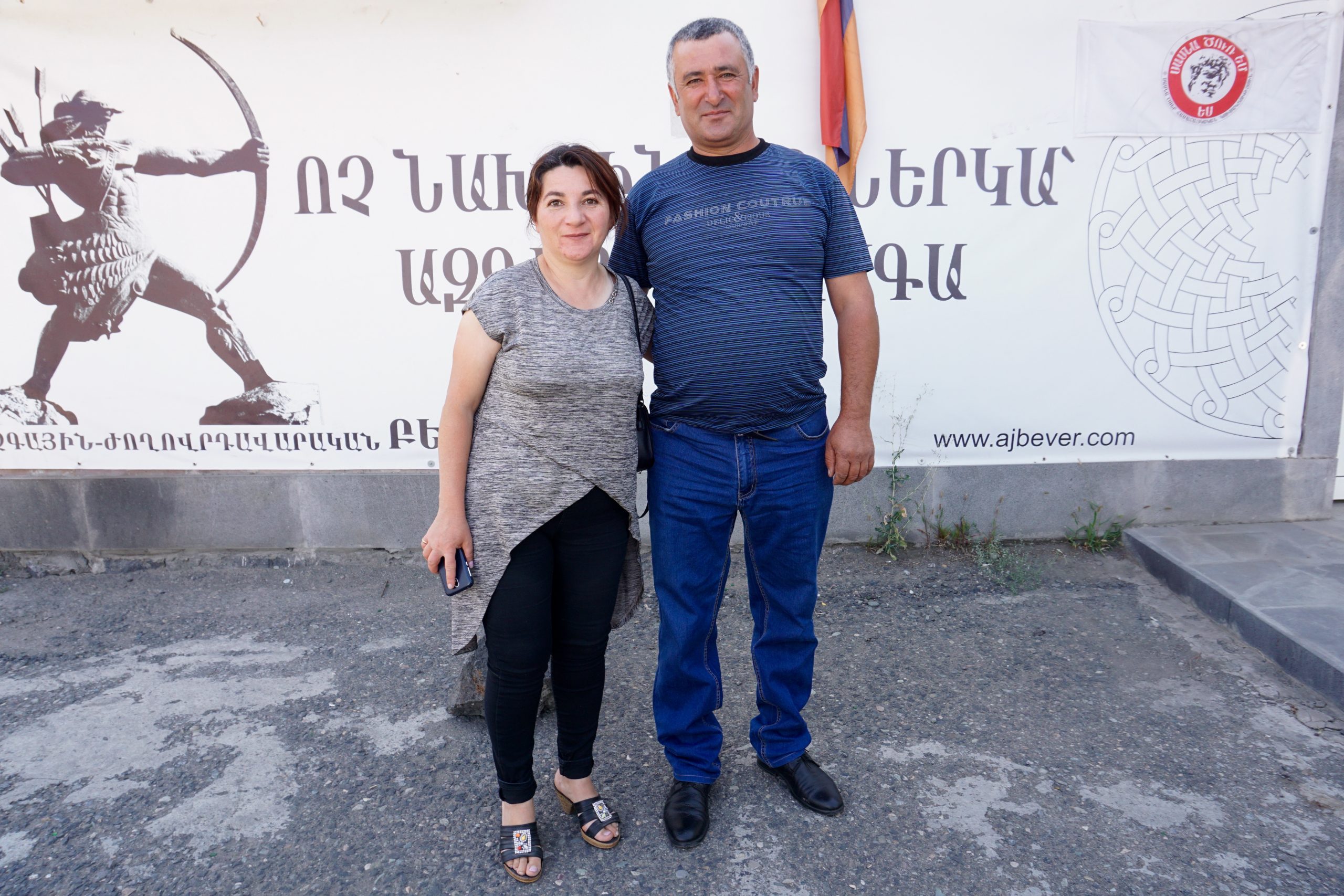 They have a son, I think he’s in the military. And engaged to Nurne.
Asgherik baked fresh flatbread every morning. And all the treasures from her garden she preserves or otherwise preserves. Here she is in front of her pantry shelves

on the right the pita bread oven

I tried to find expressions and words in Armenian, but the translation programme (tried 2) often gives different results than what people really say and then you don’t understand me. However, when I have something said to me, it sticks hard in my head if I haven’t already seen it written. In the morning I tried to learn my breakfast stuff. 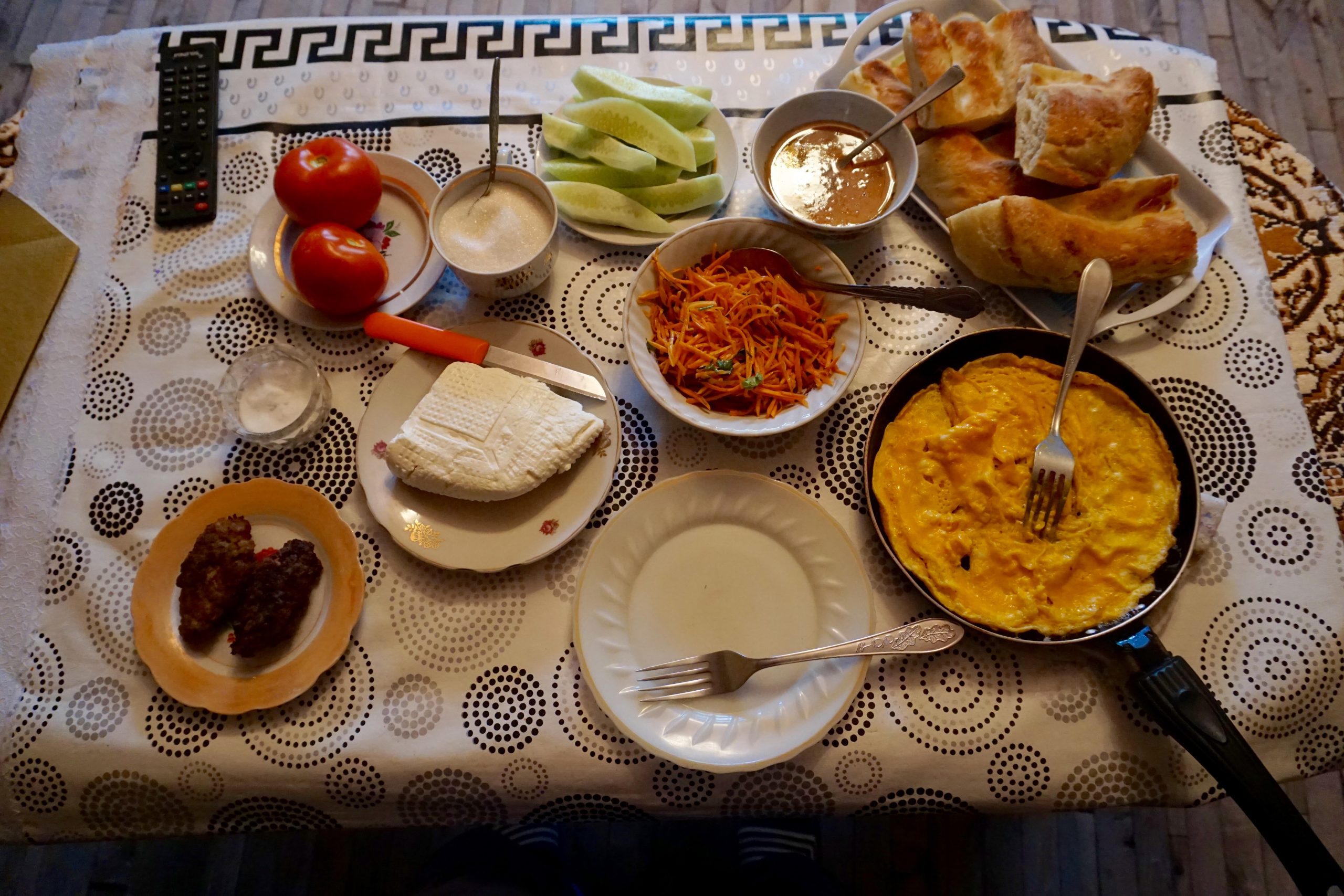 Armenian is an Indo-European language – and so sometimes you find something that you know from somewhere else (Panir, like Indian cheese, and carrots are called Ghajjar in Hindi, so very similar).

Anyway, it doesn’t work very well – and I’m very happy when I find English speakers. With the translation app, the other person often looks too confused and then so do I.