I used my first day in Yerevan for information and travel organisation and first impressions, the second for education. However, I got a bit too stuffed with it and can’t quite get it sorted, so I’ll have to make up for it at home.

Armenia is currently far too small a country in far too interesting a location with far too violent a history.

How much did you know about the genocide? I only knew that one took place and that Turkey interprets it differently, but that’s all. There is a memorial and a museum here, so I went there. When I came back out, I was pretty emotionally drained. Why is “man” so vicious with his fellow species? ????

Here’s a picture of the monument, the museum is underground in the complex and free of charge. 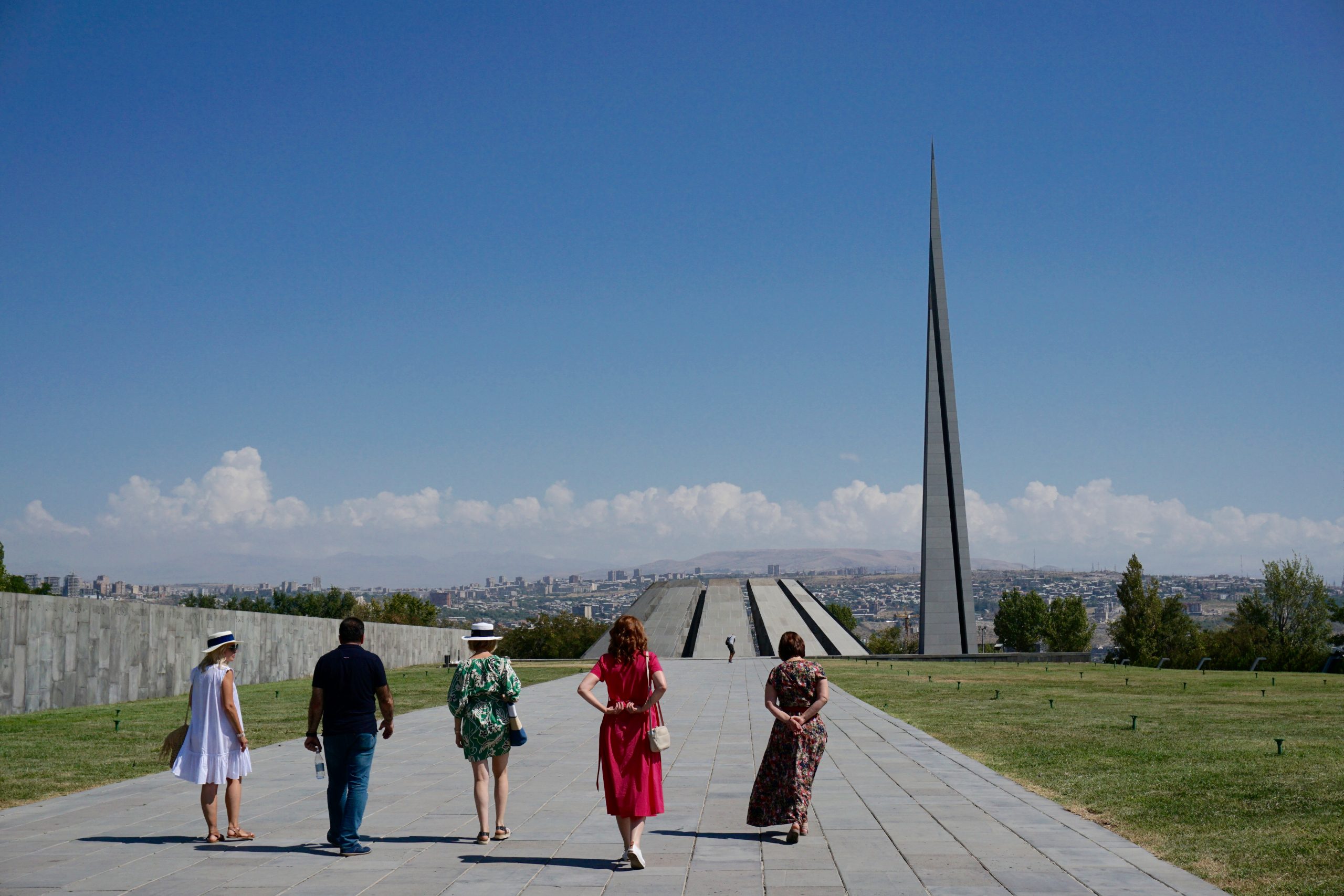 What I learned, among other things:

So this is a very rough summary, in which there may also be errors. There was a lot of visual material and actually good explanations. Only my legs had trouble with all the standing and my head with absorbing all the information. But I will certainly look into it further, so that I can then reproduce it better. 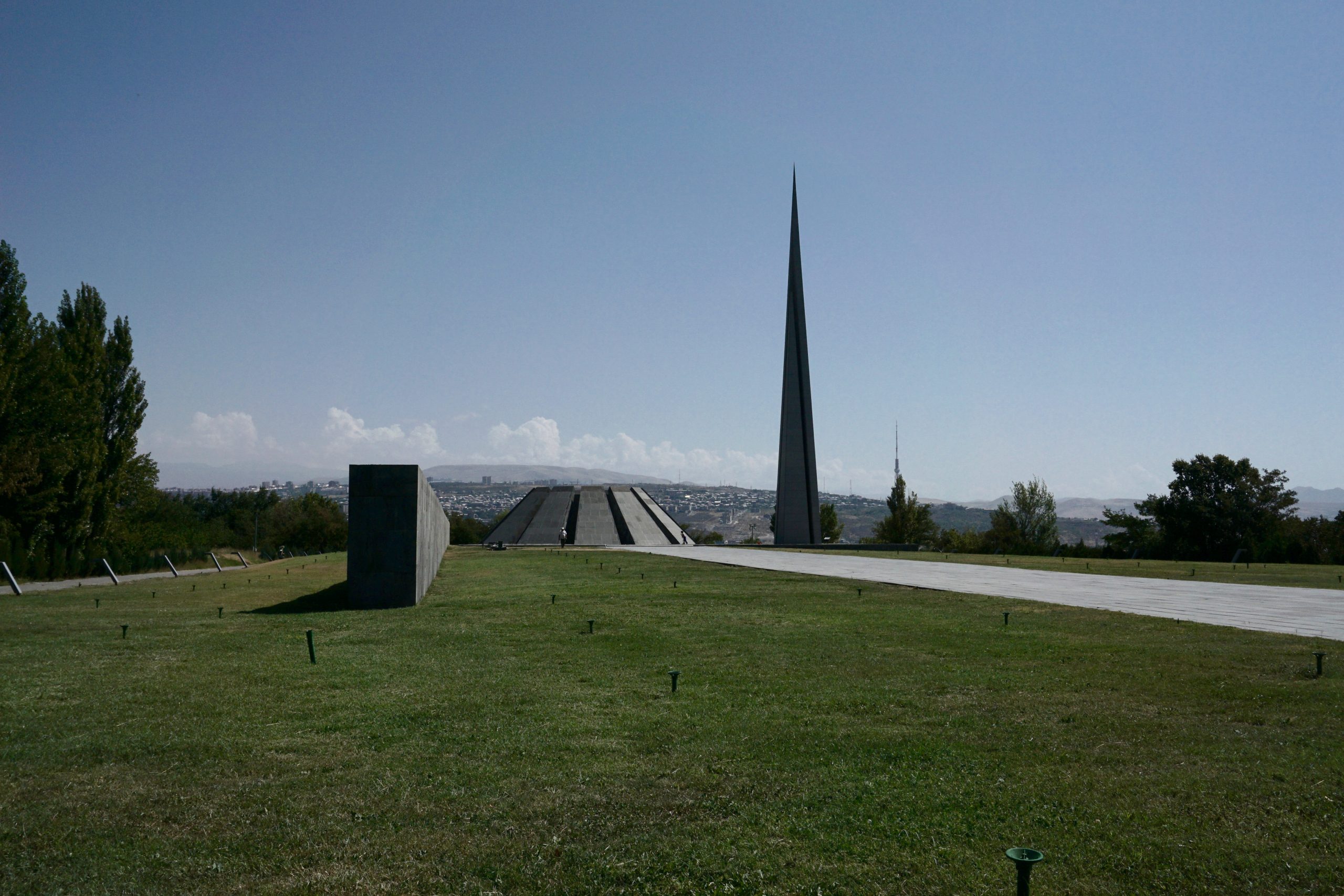 Unfortunately, I had to hurry because I had signed up for a foot tour. It was “free”, i.e. you paid as much tip as you think it was worth.

We were 2 German guys, a Greek woman and me – and our guide Tigran. He told us much more about the history of Armenia before the genocide up to the present situation. But that is too much to repeat now. He also showed us some remnants of the old town. I would never have found them on my own. There seem to have been super nice buildings once, mostly made of wood. Which was considered better for the climate and not – as I suspected – because of the earthquakes. Armenia still suffers from that sometimes. 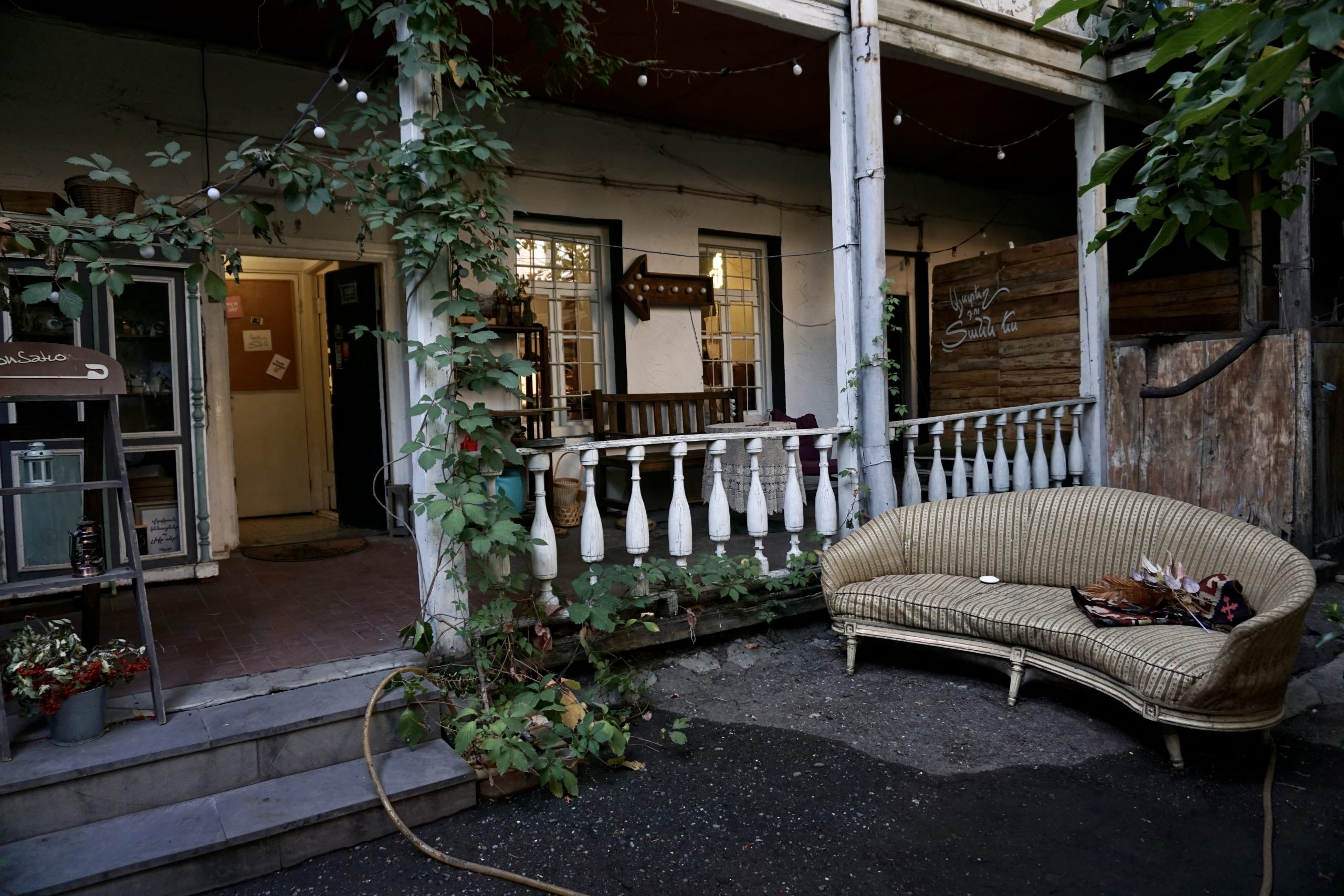 I think I will write about it again in more detail. Today I filled my head even more with the current situation. Armenia is a very small country with enemies on the left and right (Turkey and Azerbaijan) and more neutral states above and below (Georgia and Iran). Nagorno Karabakh has at least a 90% Armenian population, which Azerbaijan once conquered. Now both want it – also to consolidate their position. Azerbaijan and Turkey would also like a direct passage to trade. Now really small Armenia sits in between, is not quite perceived and supported by the rest of the world as much as they would like to be, and is trying to just stick around and live a slightly better life.

It used to belong to the Soviets, who built up a lot, but then disappeared again. A lot of the economy disappeared with it – it’s fascinating how many empty factories there are here. 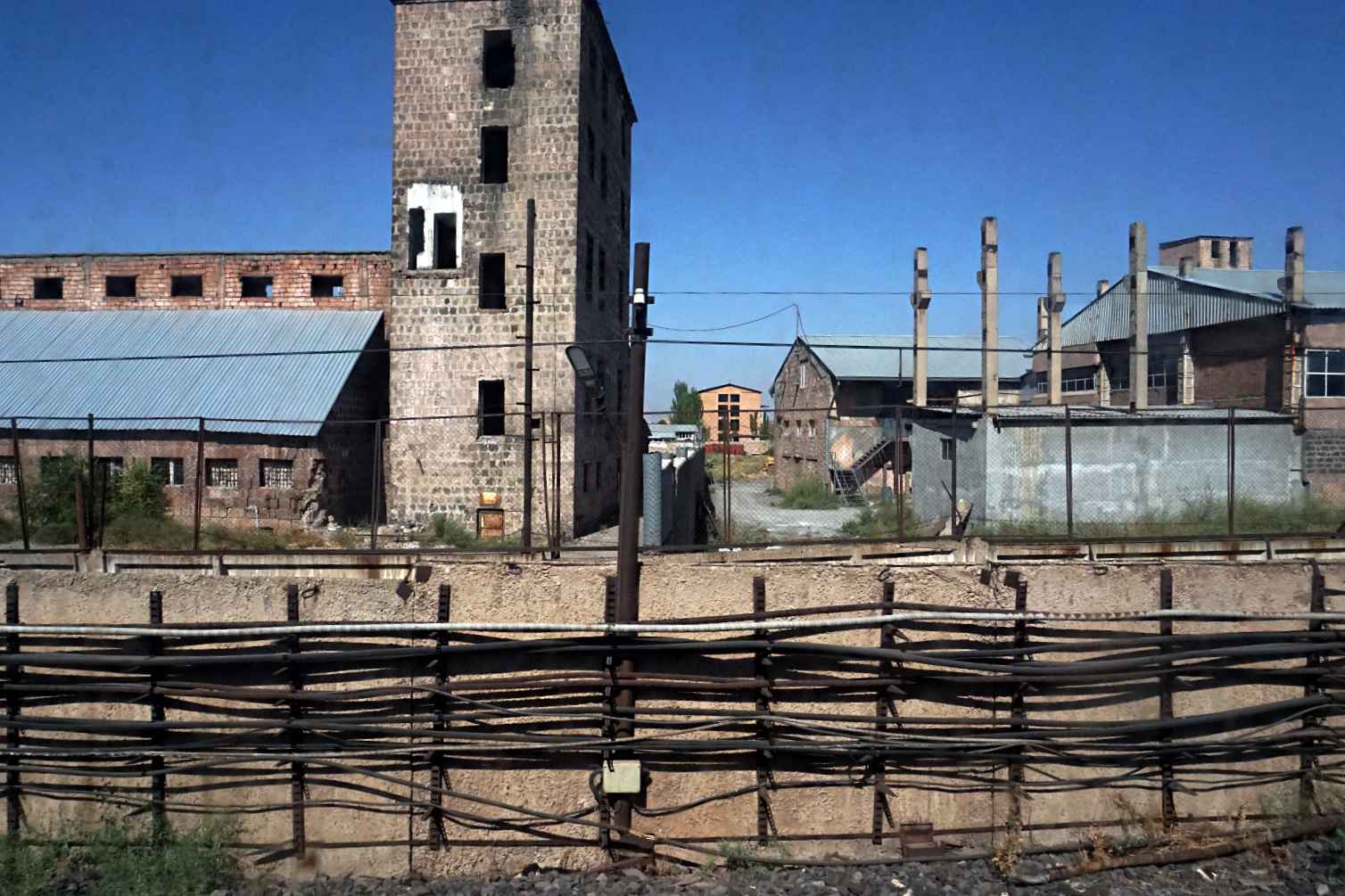 I think I’ll leave it here for now – more will come in my Yerevan posts from the 2nd visit. The next post will be about trekking in the province of Vajots Dzor!