I’m back from a wonderful trekking tour, but for now I’ll continue the blog chronologically.

In the previous post, I took the train to Yerevan. Arrival time was 7:35 a.m. on the dot, which meant it was light beforehand and I was able to gather my first impressions of Armenia. It looked green: 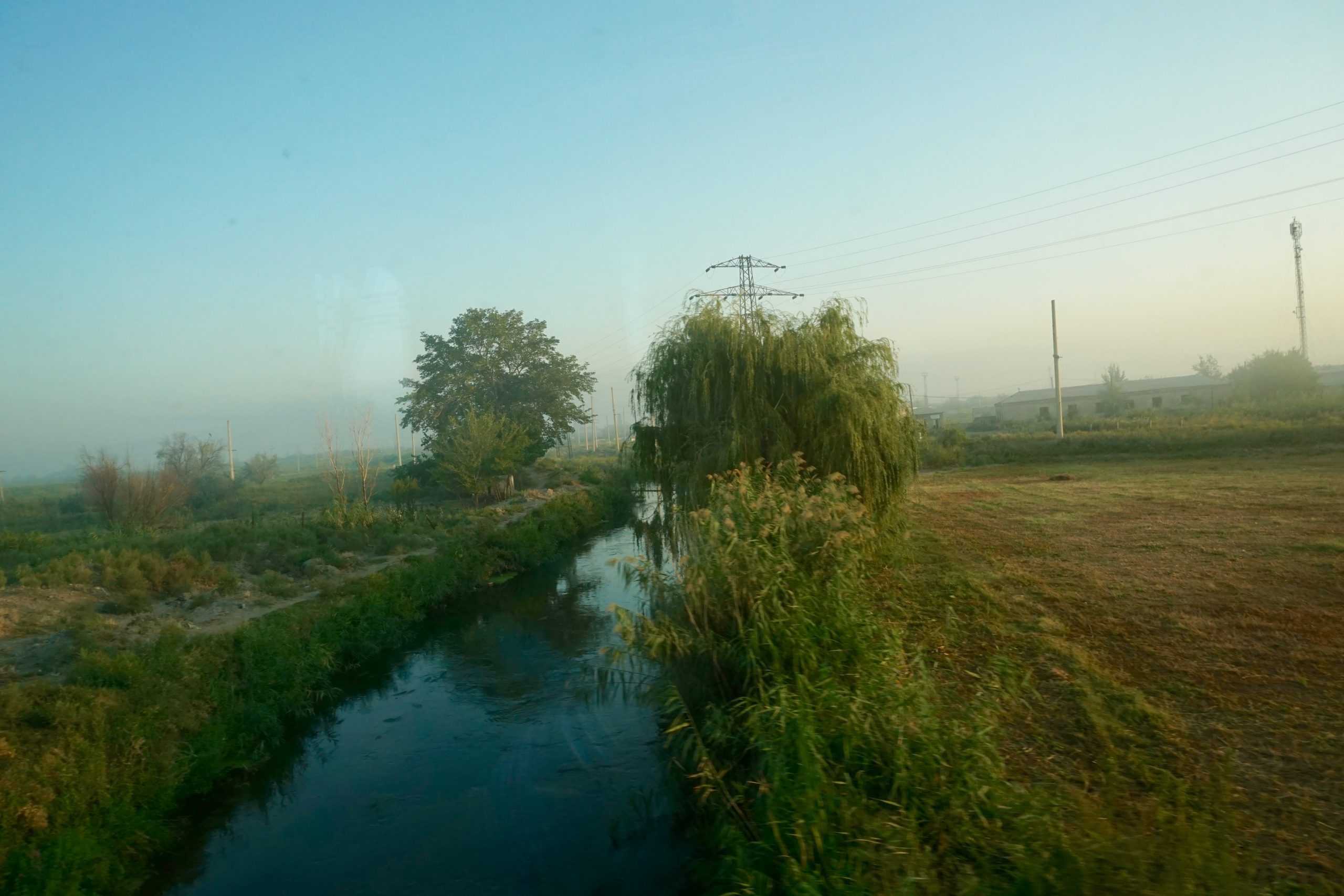 But that was a bit of a deception, I haven’t seen so much green since. There were also many empty factory buildings. It stayed that way. Only one large tobacco factory was busy. And then I was already in Yerevan, got ripped off by a taxi driver (but I didn’t begrudge him that – he was a very old man and looked as if he had to work out of necessity) and in no time at all I was at my accommodation. It was in the middle of a large Soviet bloc area. Armine and her mother live at the top of the 9th floor, rent 2 rooms and you have a great view everywhere. 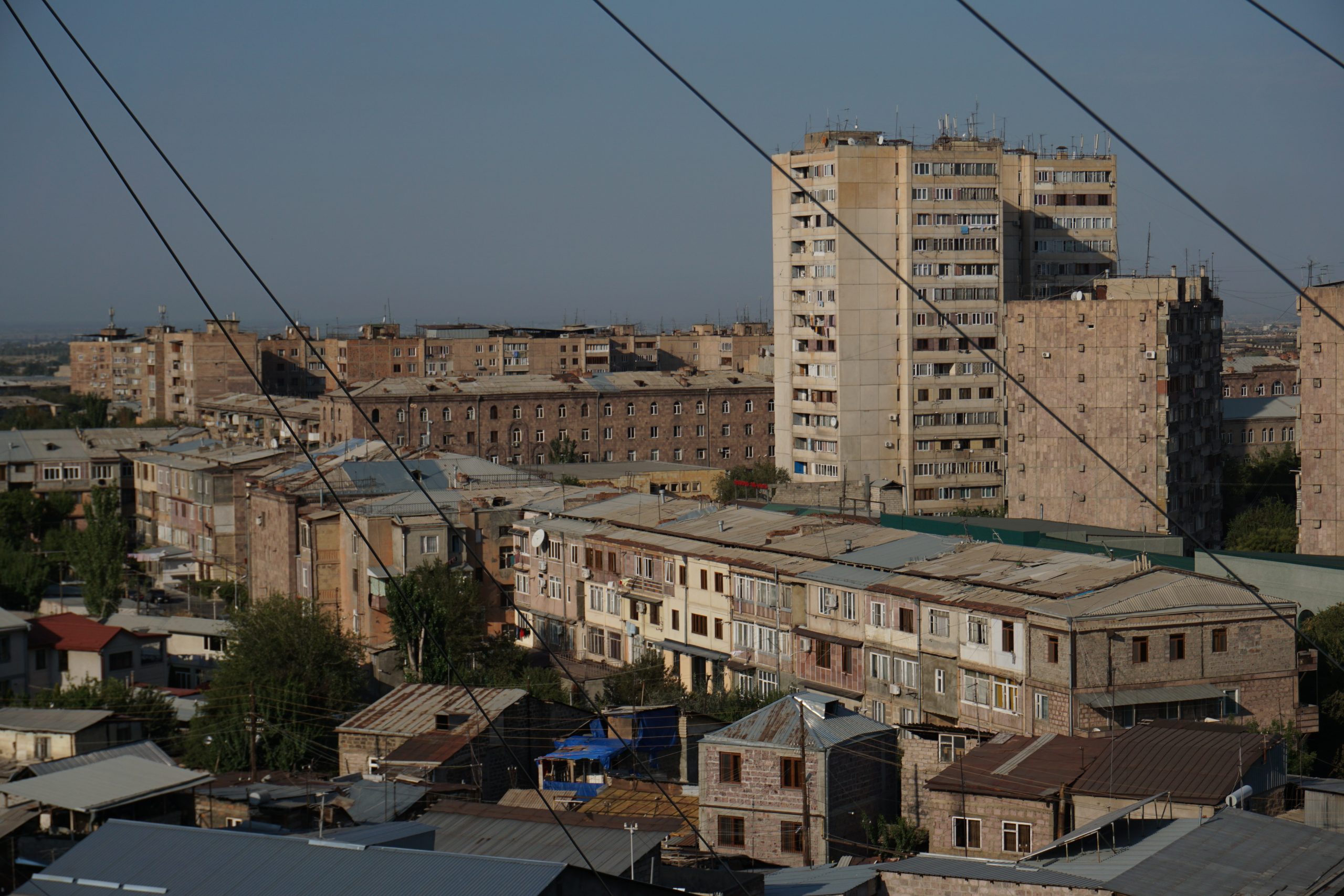 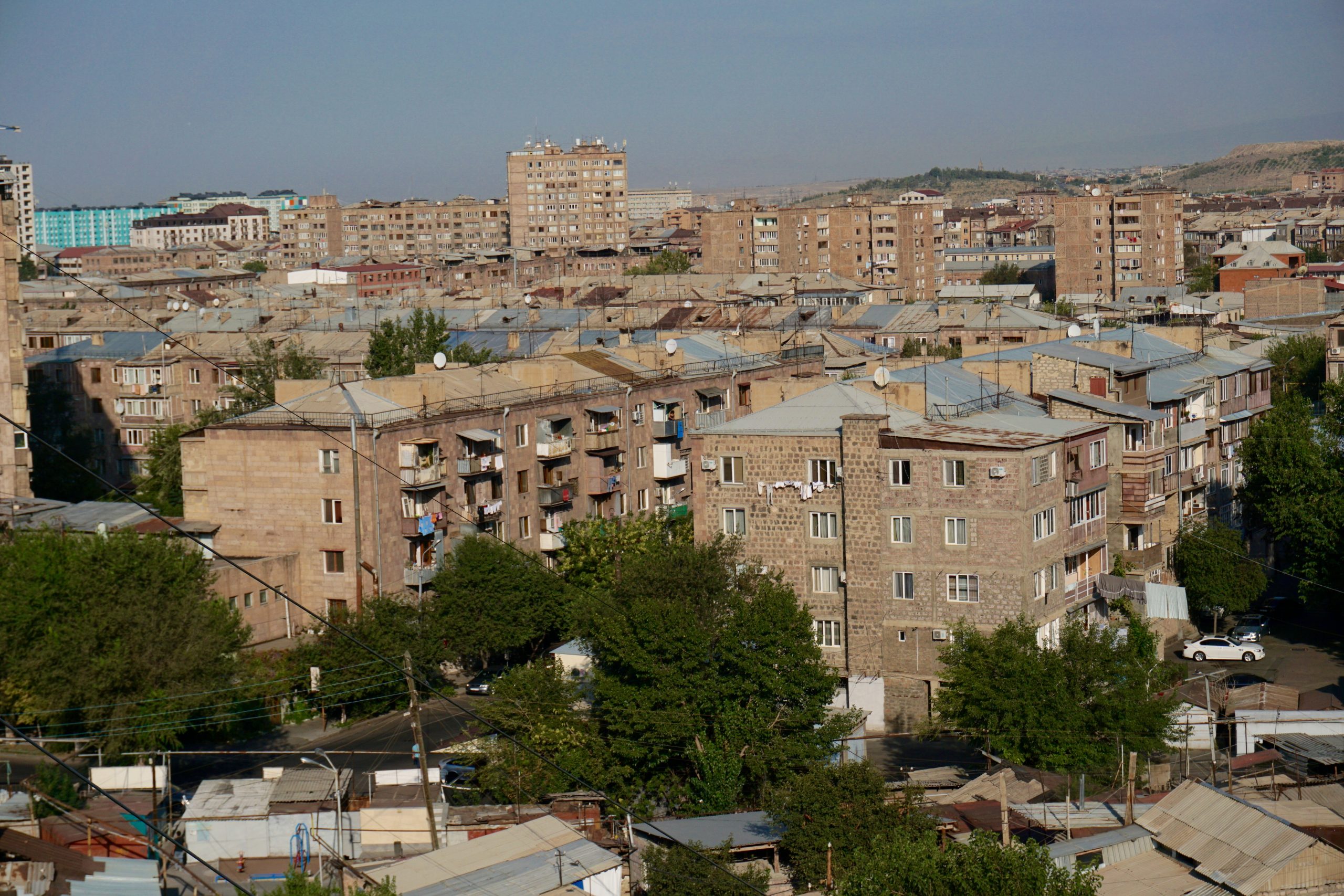 As you can see, the sky is very blue and the temperatures are accordingly, as just before 30 degrees. Whew! Nevertheless, I was too curious and wanted to do things right away and made my way to the metro. On the way I met the first ones and wondered a bit and later I wondered even more: there are coffee machines everywhere! For little money, coffee actually comes out. Some are only labelled in Armenian and Russian and you don’t know which coffee to choose, but some also have English words. 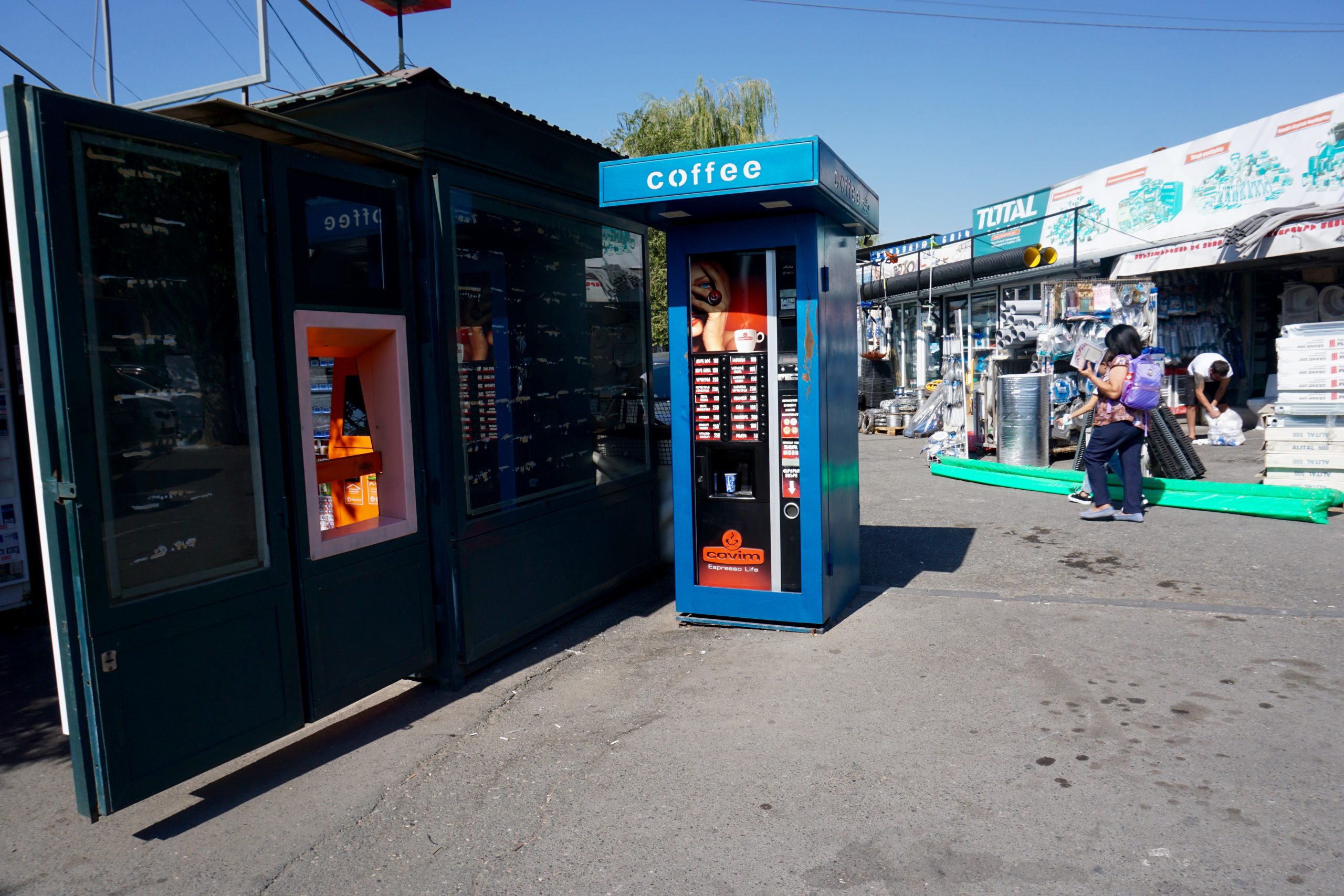 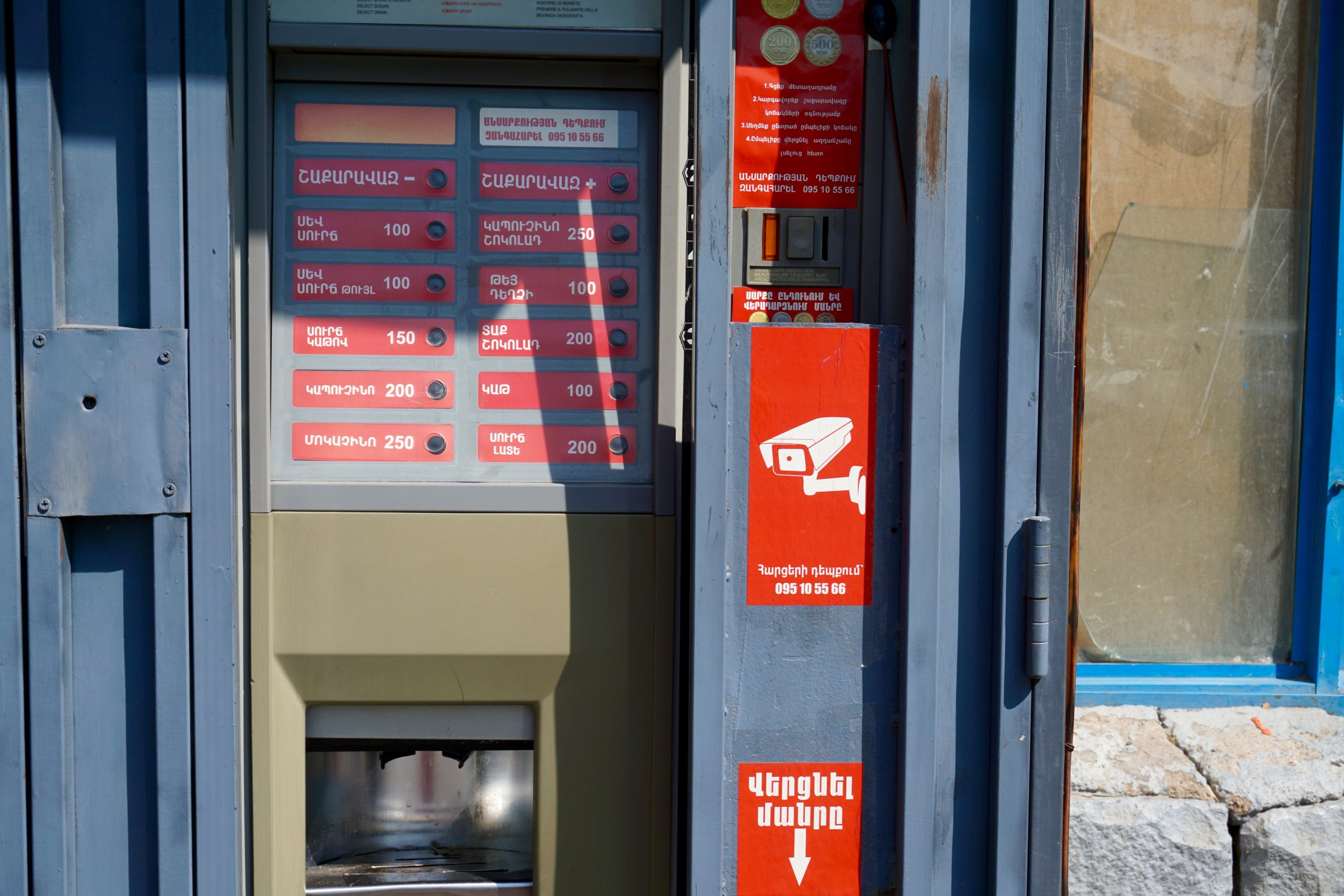 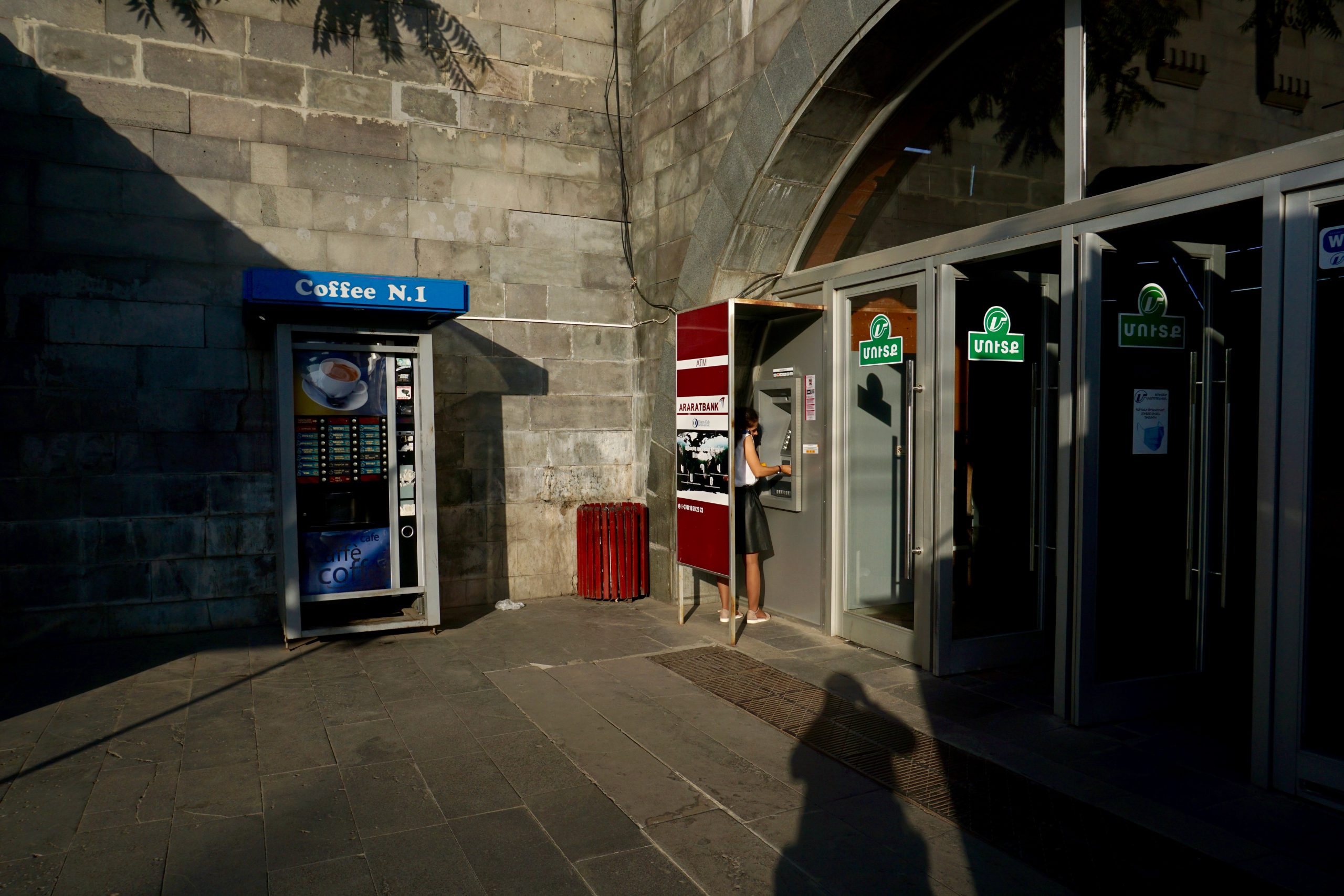 I like that. In addition to all the coffee vending machines, there are also kiosks with more expensive coffee variations with ice cream, etc. I’ve also succumbed to them. Good coffee country here!

The metro is an experience! There is one line with 10 stations. Each ride costs less than 20 cents, you pay for a plastic token, throw it into a barrier, which then opens and you get out just like that. I looked a bit confused overall and poof, a nice lady came to me to help. There was an escalator to the platform – it raced much faster than the escalators in Germany. Almost everything here is labelled in Armenian and Russian, which makes it a bit difficult. But the people are so nice! Like the lady who pointed me in the right direction. The metro was also incredibly fast. It shook and shook and you bounced around on your seat like in an old merry-go-round. Great! By the way, you don’t wear much mask here, the corona numbers are rather low. 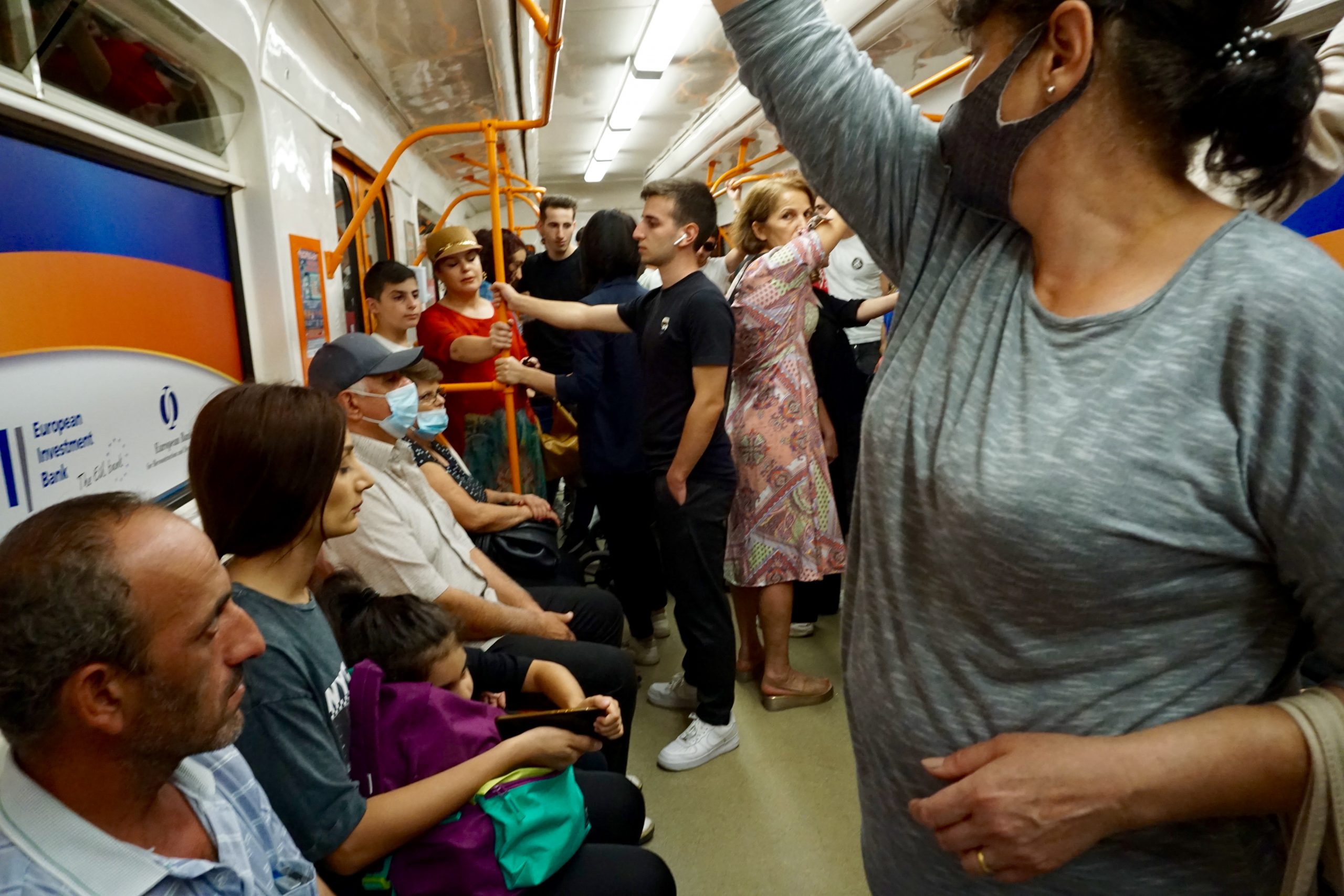 After getting off, I stumbled into the first coffee kiosk, but also became aware of another service provided by the city. They really take great care of their citizens’ liquid intake. There are plenty of these drinking water sprinklers. Or rather, what are they called? These things where water bubbles out and you hold your head over it and drink. There are supposed to be over 1500 of them in Yerevan alone. The water here is of good quality, you can drink it not only from the bubblers but also from the taps. 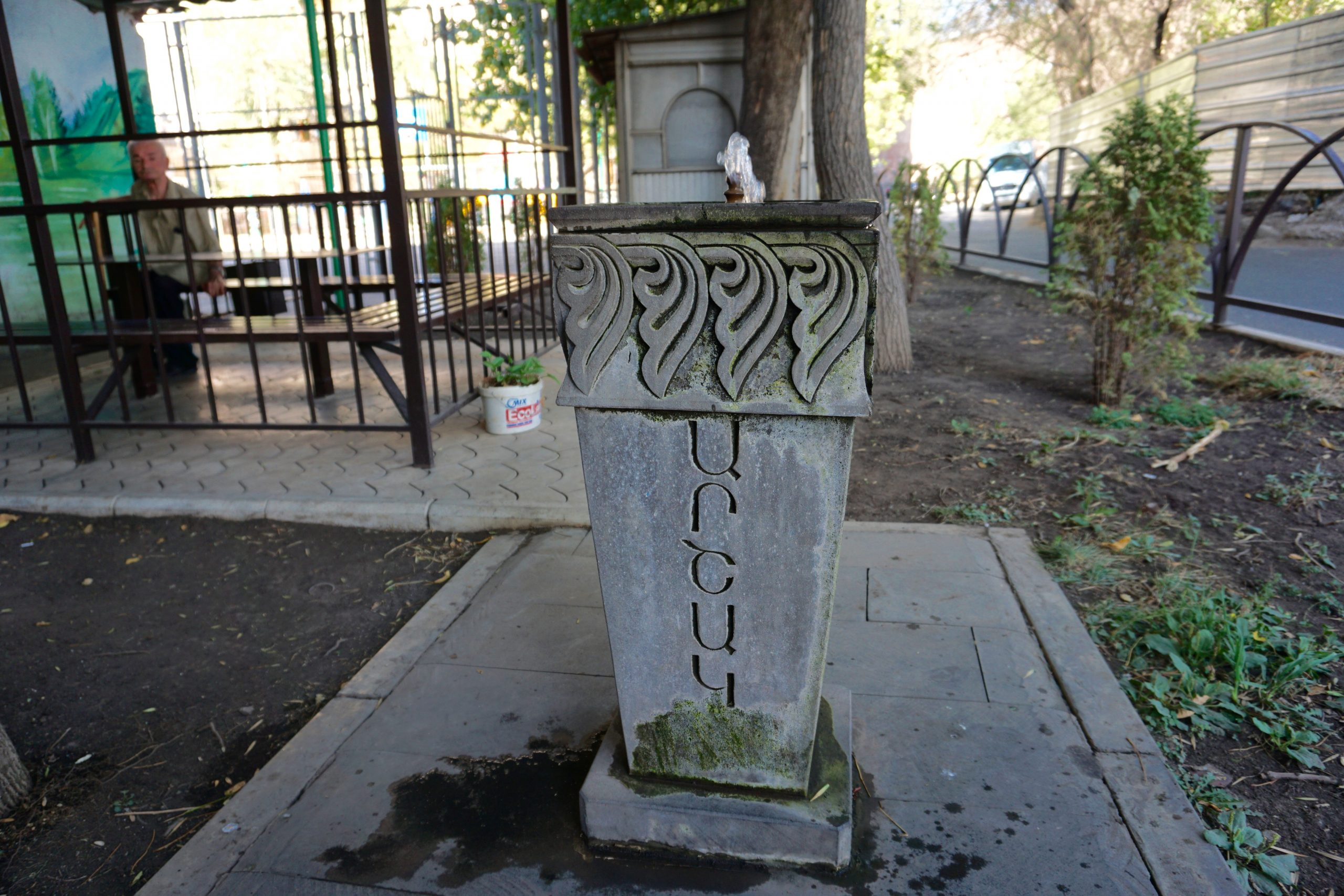 drinking water sprinkler nearby my accommodation