As mentioned in the previous post, I have accommodation in one of the Russian blocks. I don’t know where I got the idea that there was little Soviet influence in Armenia, but I was definitely very wrong.

These Russian blocks fascinate me, probably because I find them so strange and unfamiliar. Despite the fact that there are a lot of people living there, it is quite empty around them, so there are few people on the street. The lift rattles and groans so much that you fear it’s about to give up the ghost. And as run-down as it looks from the outside and in the hallway, the people inside make themselves as comfortable as possible. And you wonder how it all works somehow.

Here are a few pictures from the neighbourhood: 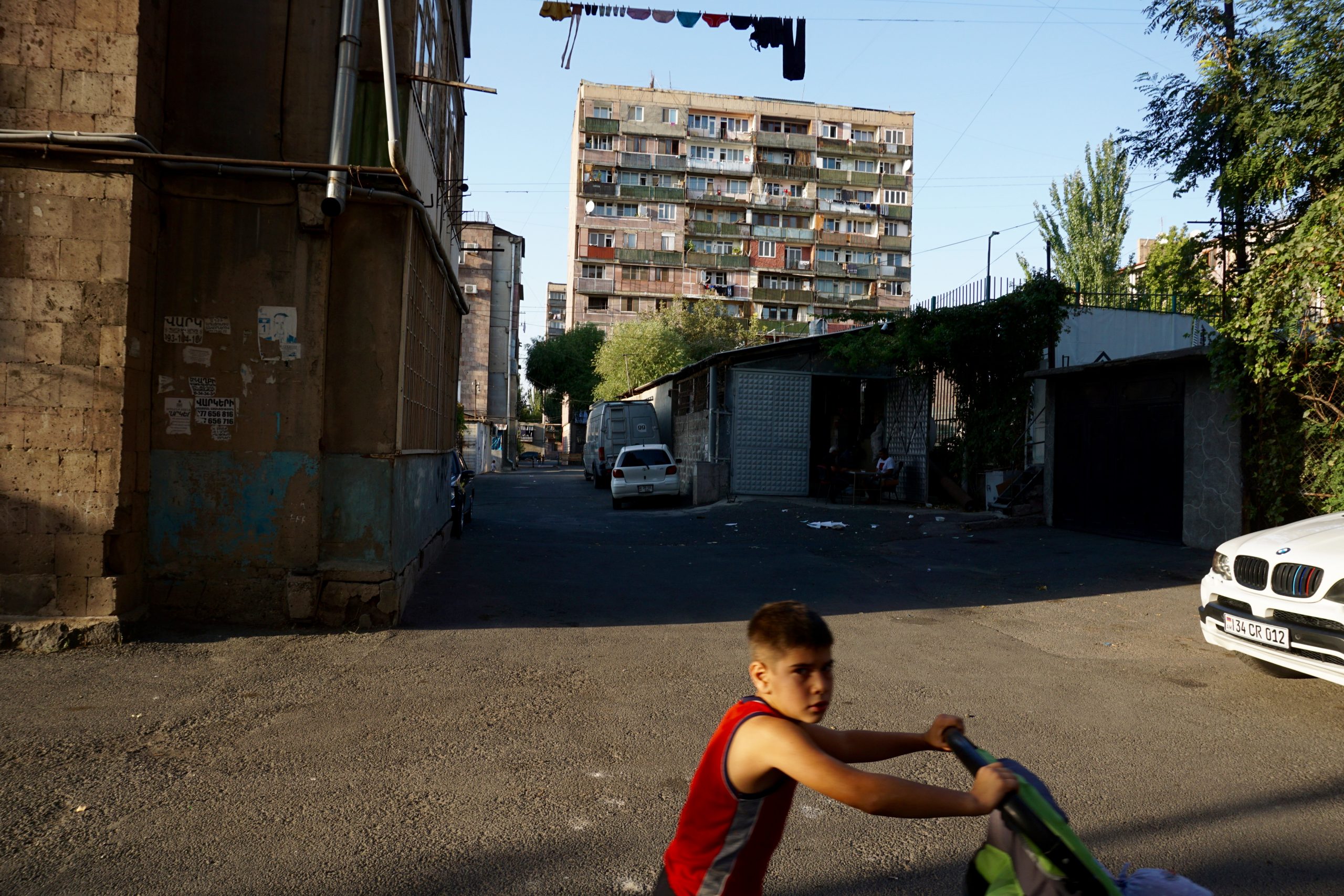 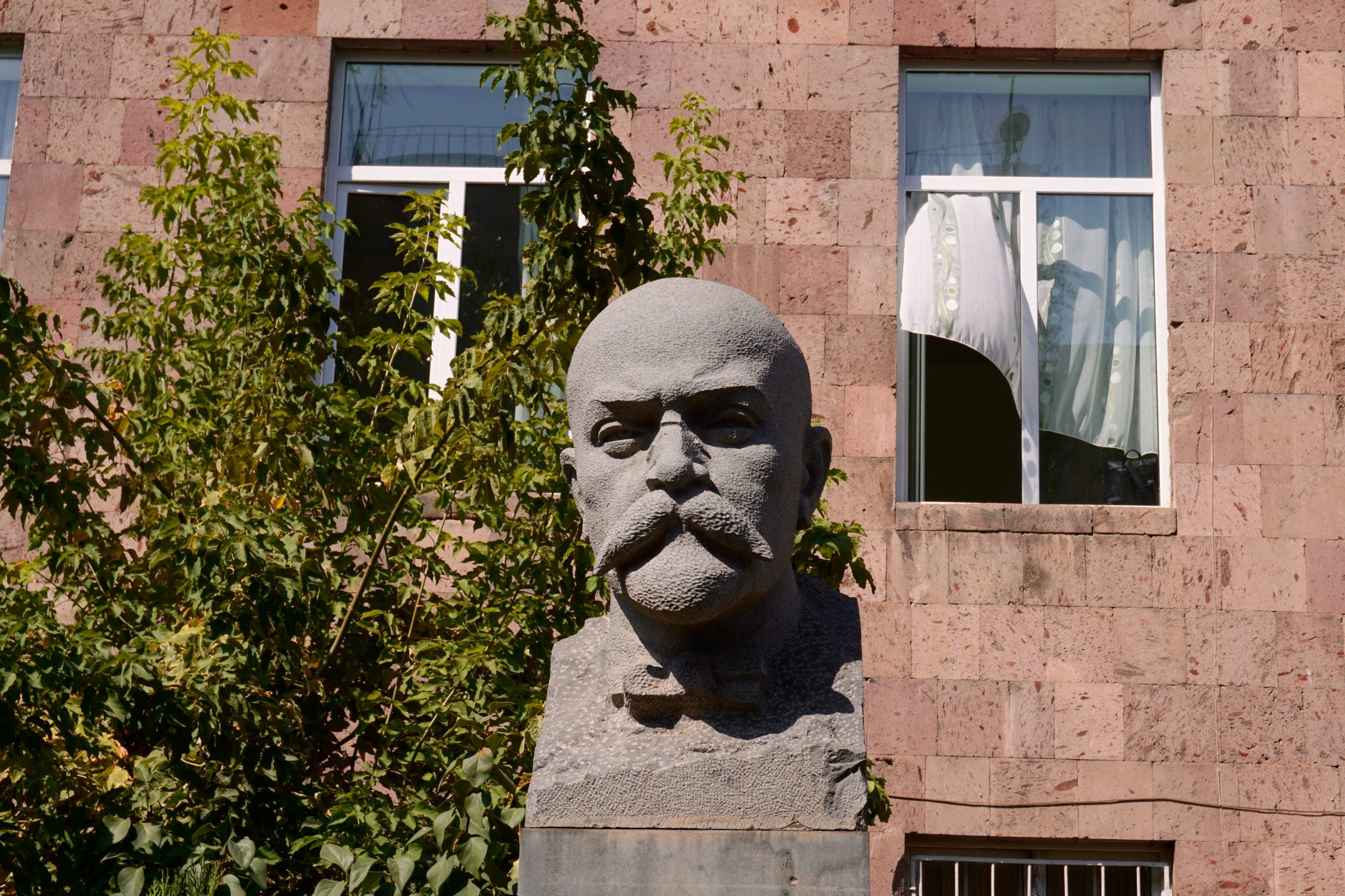 head statue of a for me unknown person 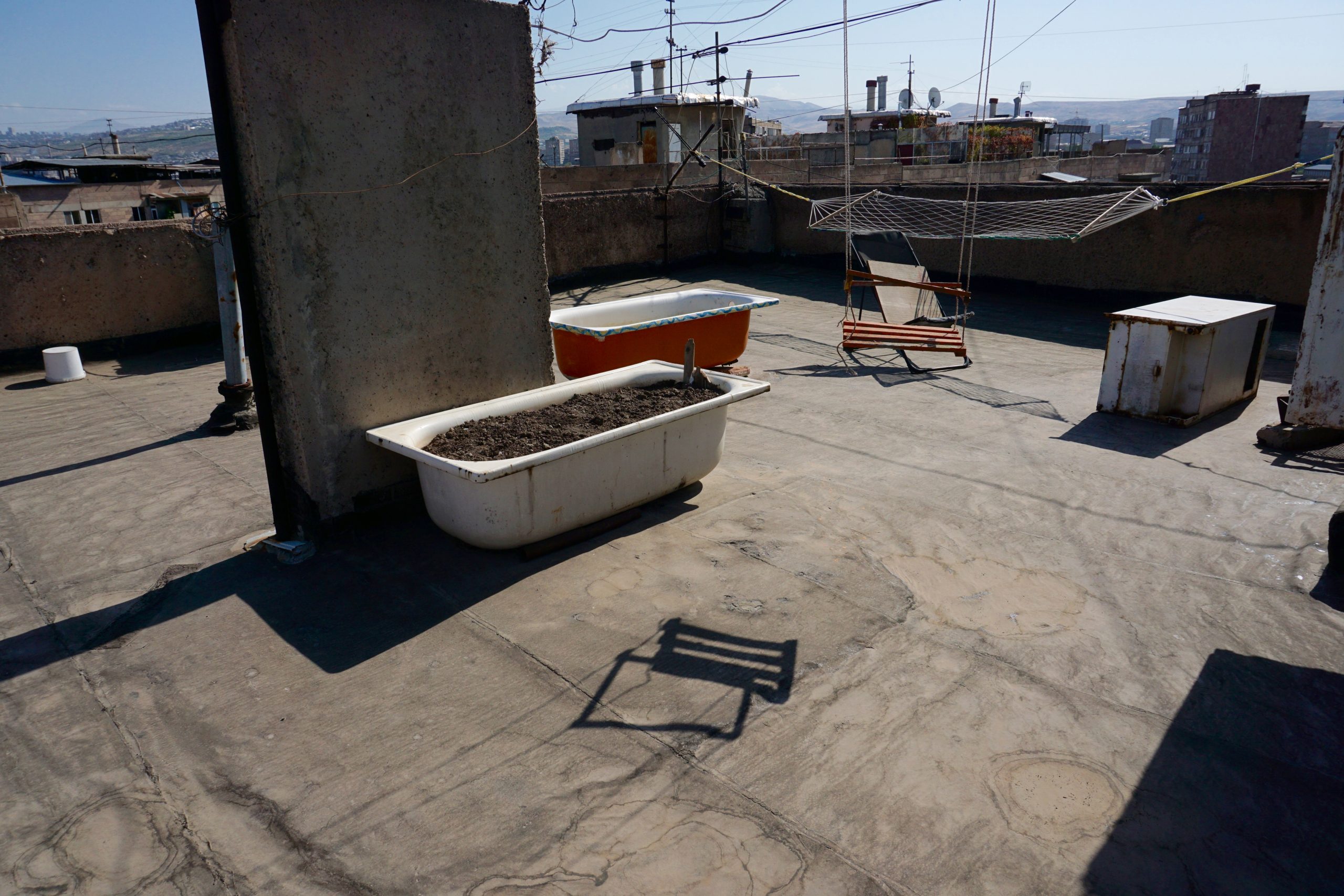 rooftop of a russian block

So I took the metro to the centre. This is first and foremost Republic Square: 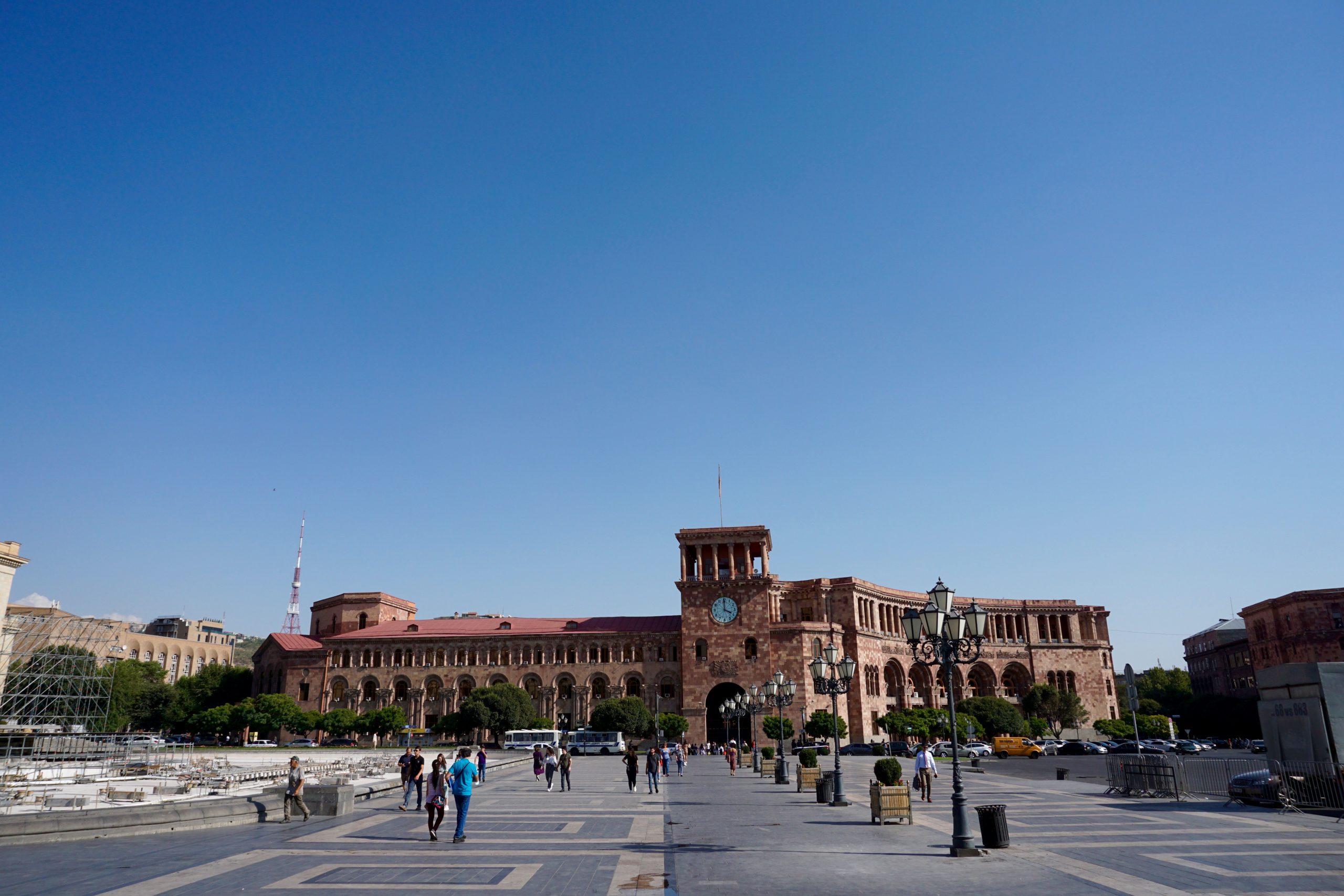 Part of the Republic Square

It is huge with 5 huge tuff buildings around it. The Velvet Revolution also took place here. But what I find amazing is that the old town used to be here and they completely flattened it! There is no real old town here, only hard-to-find remnants.  More about that in another post.

Around the corner is “downtown”, for example in the Northern Avenue pedestrian zone. I was amazed again, everything is modern and chic and has a “world flair”. 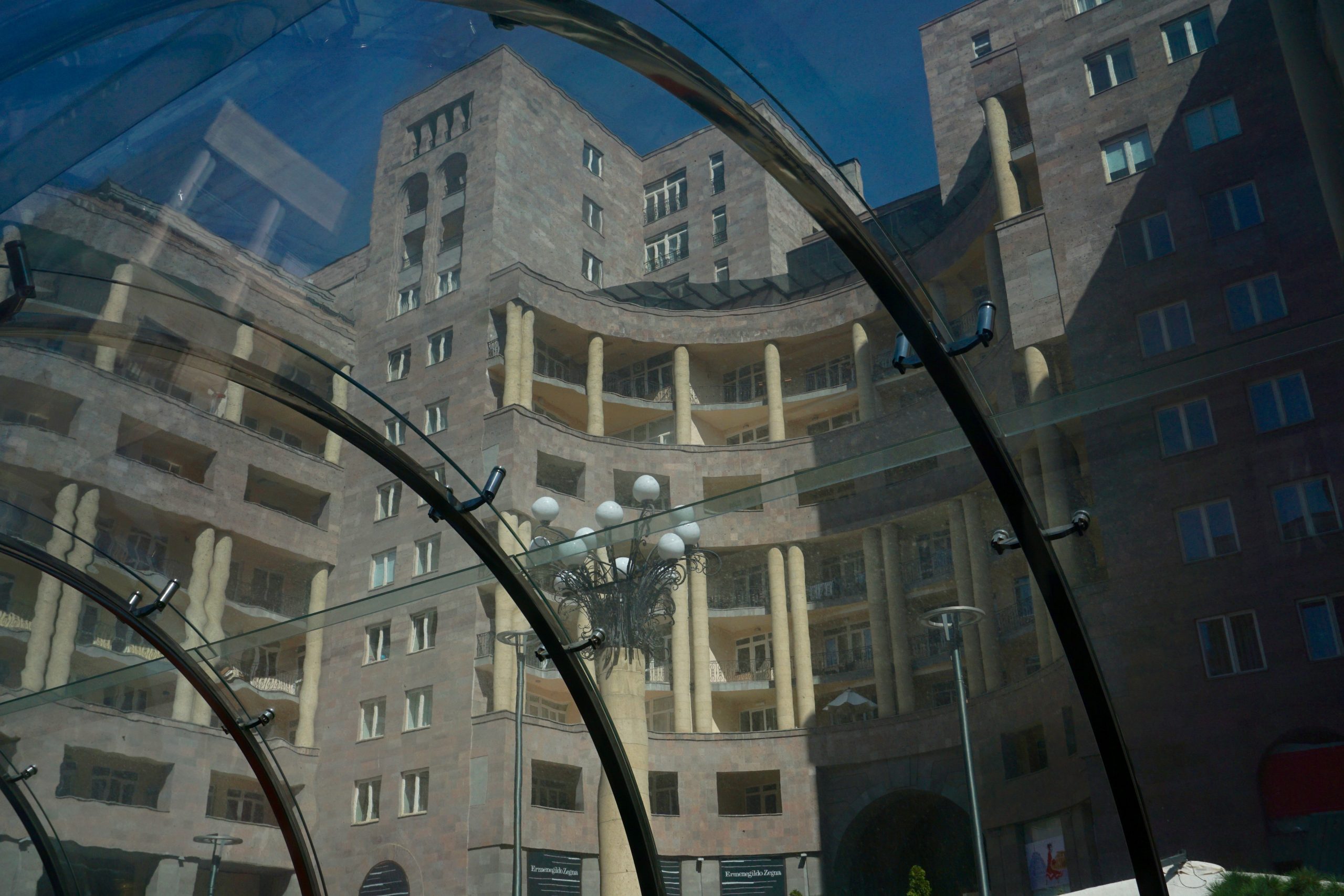 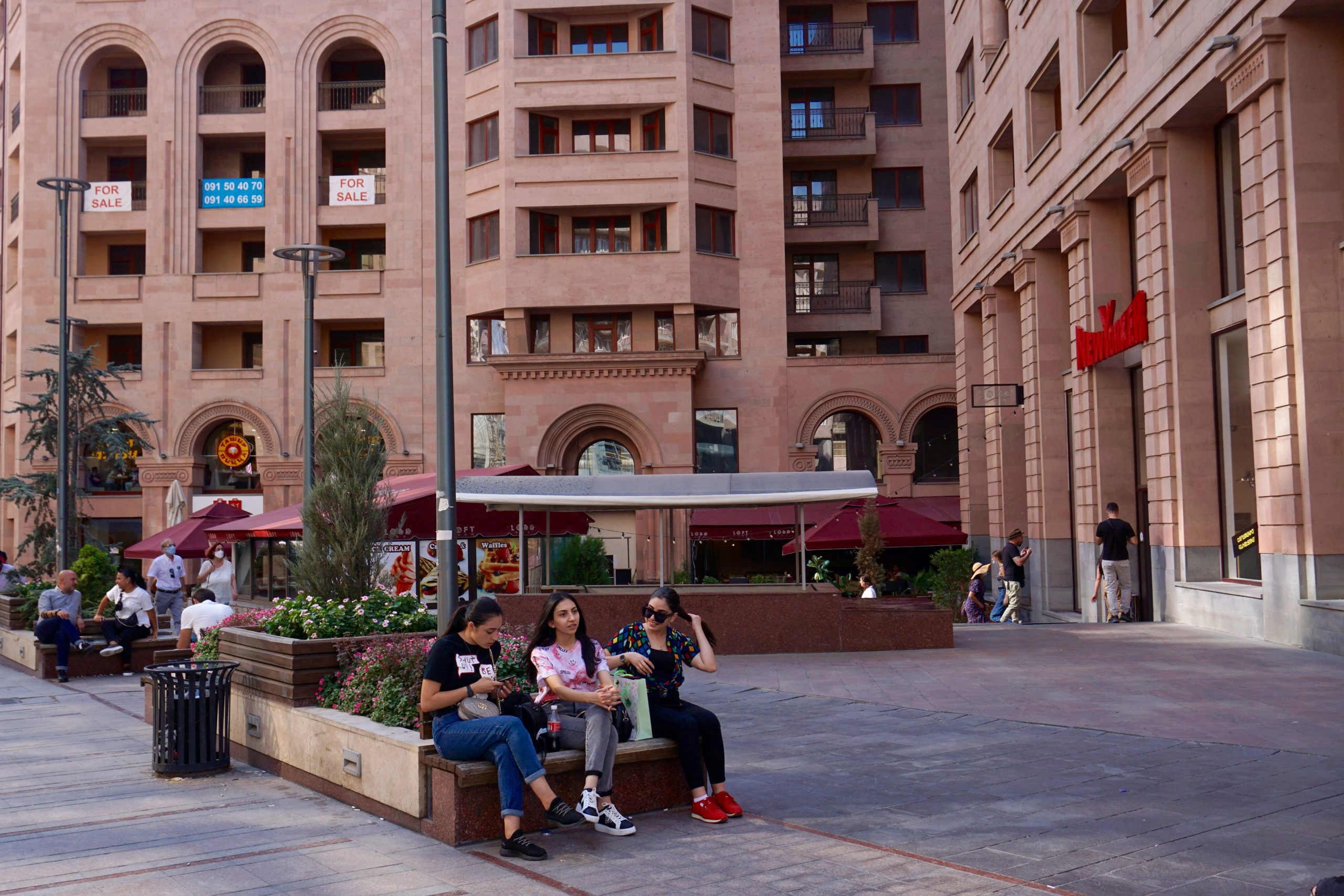 People sitting around in Downtown 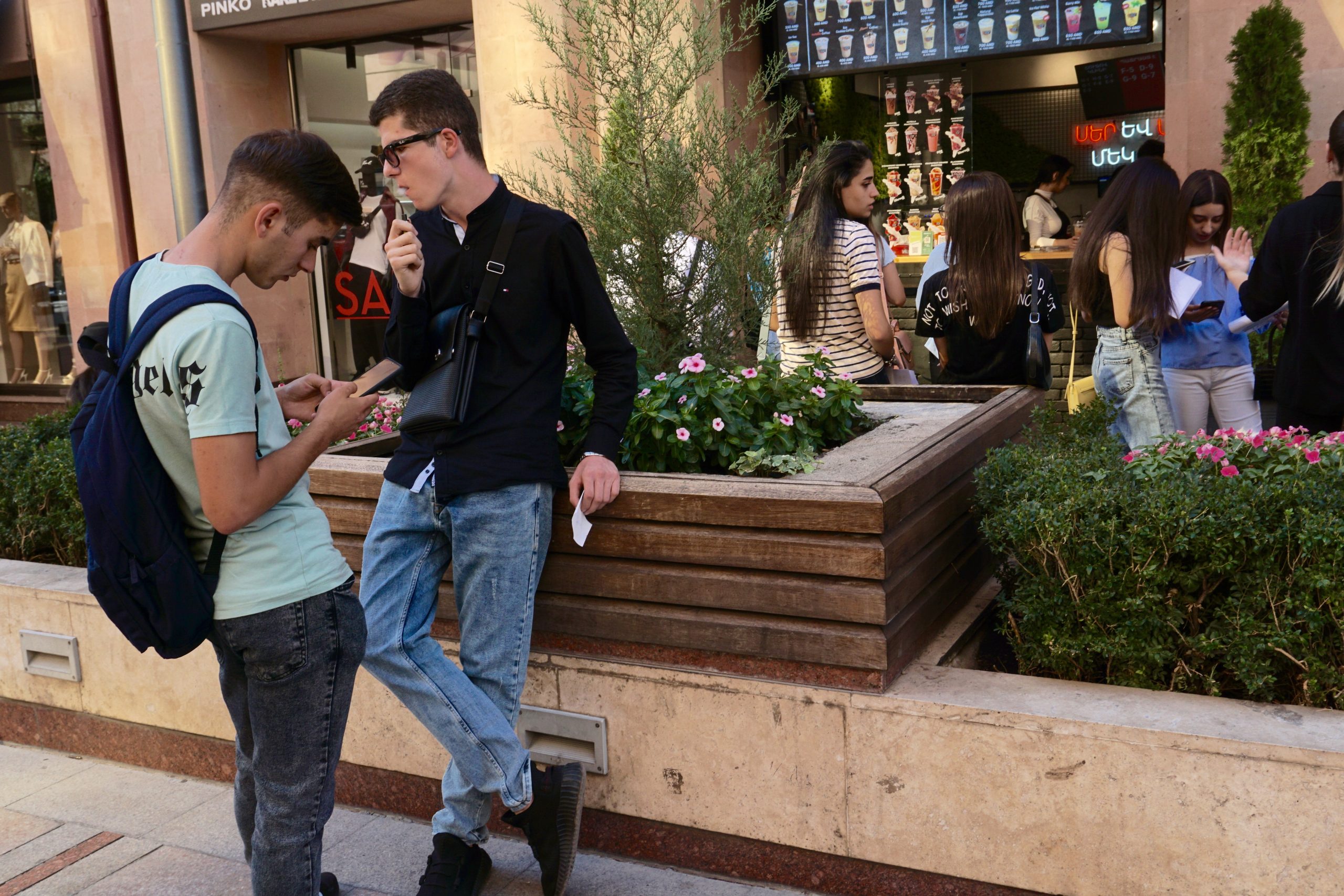 People stopped, people met, people hung out in cafés. I exchanged money at a bank. To do so, I had to pull a number out of a machine with a lot of foreign characters on it. And suddenly a woman jumped up and helped me in English. Very nice people!

I also bought a phone card for less than 10 euros, and now I’m almost always reachable and can even make phone calls myself! And I can stroll around anyway. So I strolled and marvelled and in the evening I was back at the Russian blocks. I sat down in my room and planned the next steps of my journey. The next day, however, I really wanted to know a lot more about Armenia, and that’s in the next post! 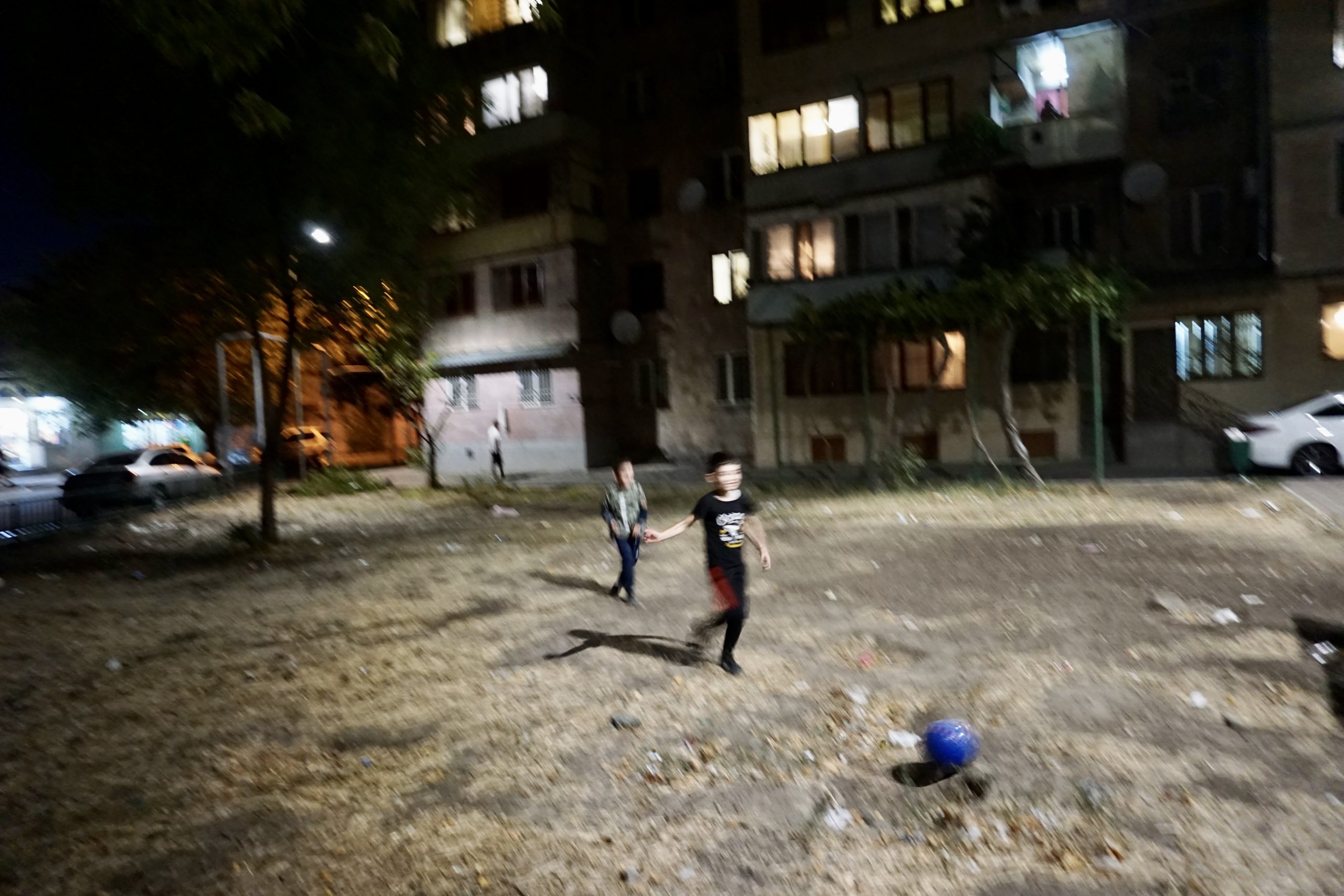 Evening at the russian blocks
Back