Delhi – familiar and yet different 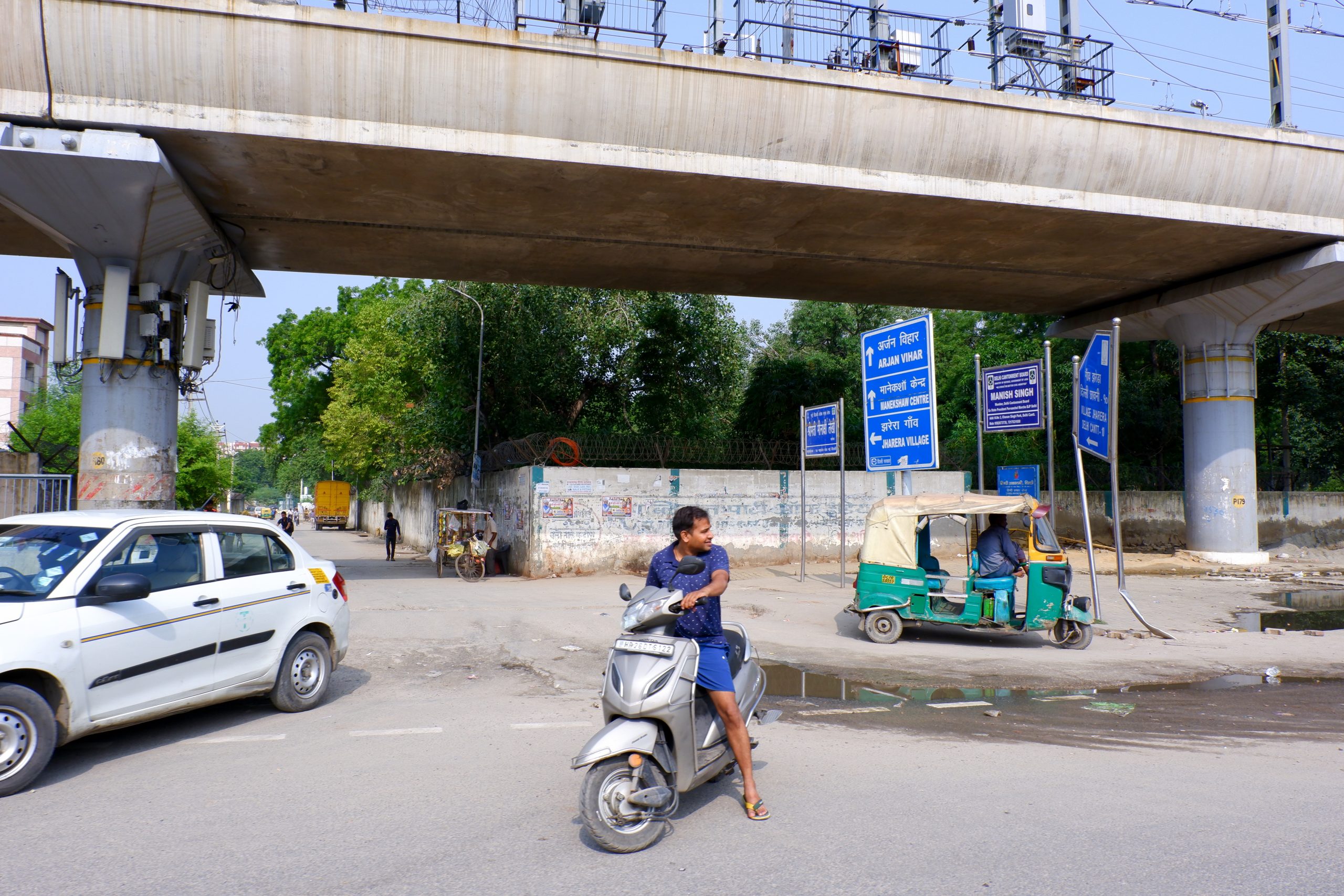 Until 2019, I flew to Delhi 1-2 times a year. I always started with a strange feeling and after the airport trip everything was back to normal. There are 3.5 years between my last time in India and today, so maybe it’s a bit different?

I didn’t like the SIM card man either, but he gave me a SIM card for about 7 euros, which lasts 4 weeks and has virtually unlimited data volume. Cool!

I then went to the domestic airport, where I was again approached by a huge number of gentlemen who wanted something from me that I didn’t want. So I quickly got used to being there! And I also got a fur friend, although I was nasty to him. 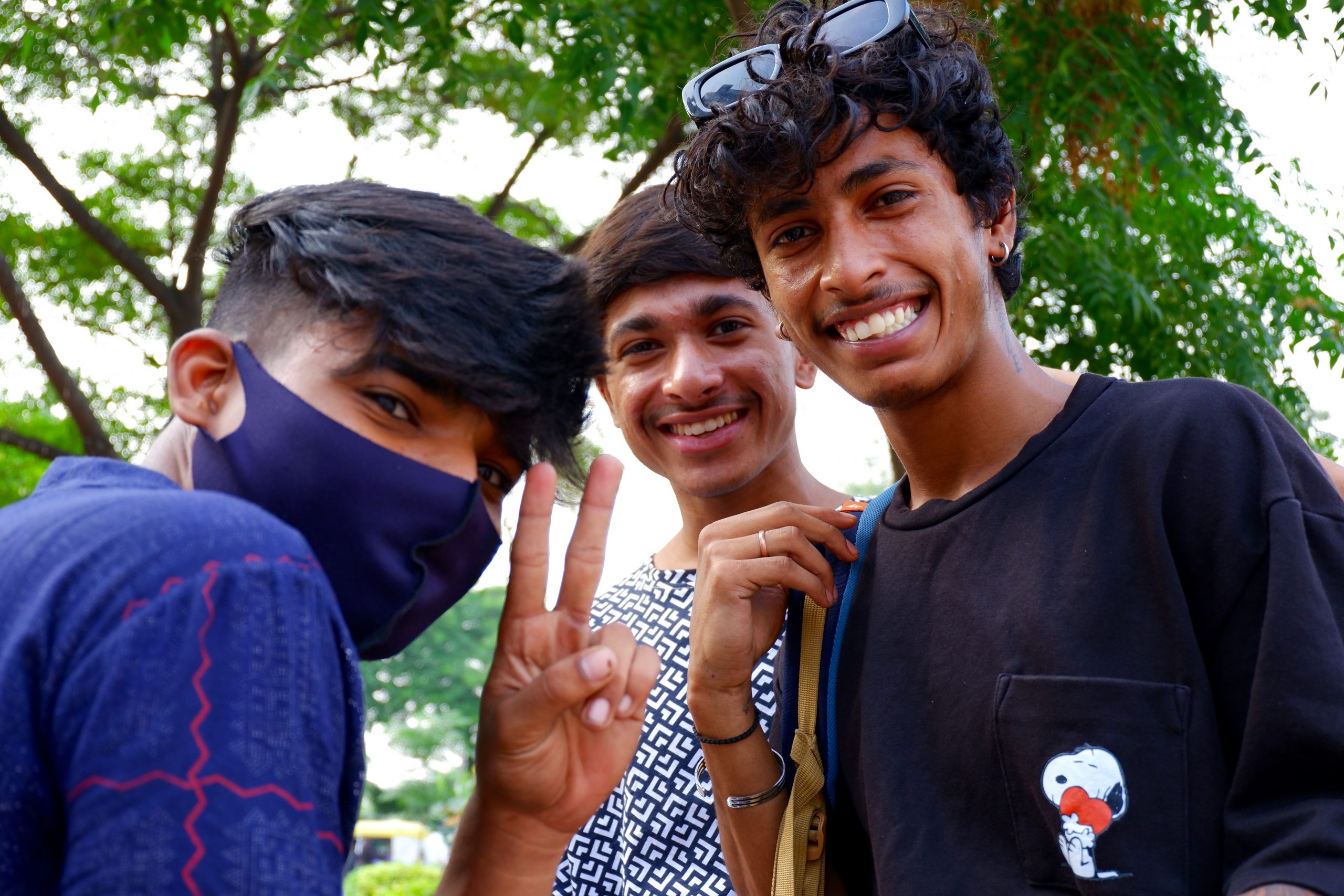 I waited at the airport for time to pass. Then Prashant, my travel colleague from Goa, arrived, then a guide and then my clients directly from Leh. They have been booking with me since 2016 and finally we could look each other in the eye. Then everyone disappeared again and I went to my accommodation, where my room is called “Buddha”. How nice! 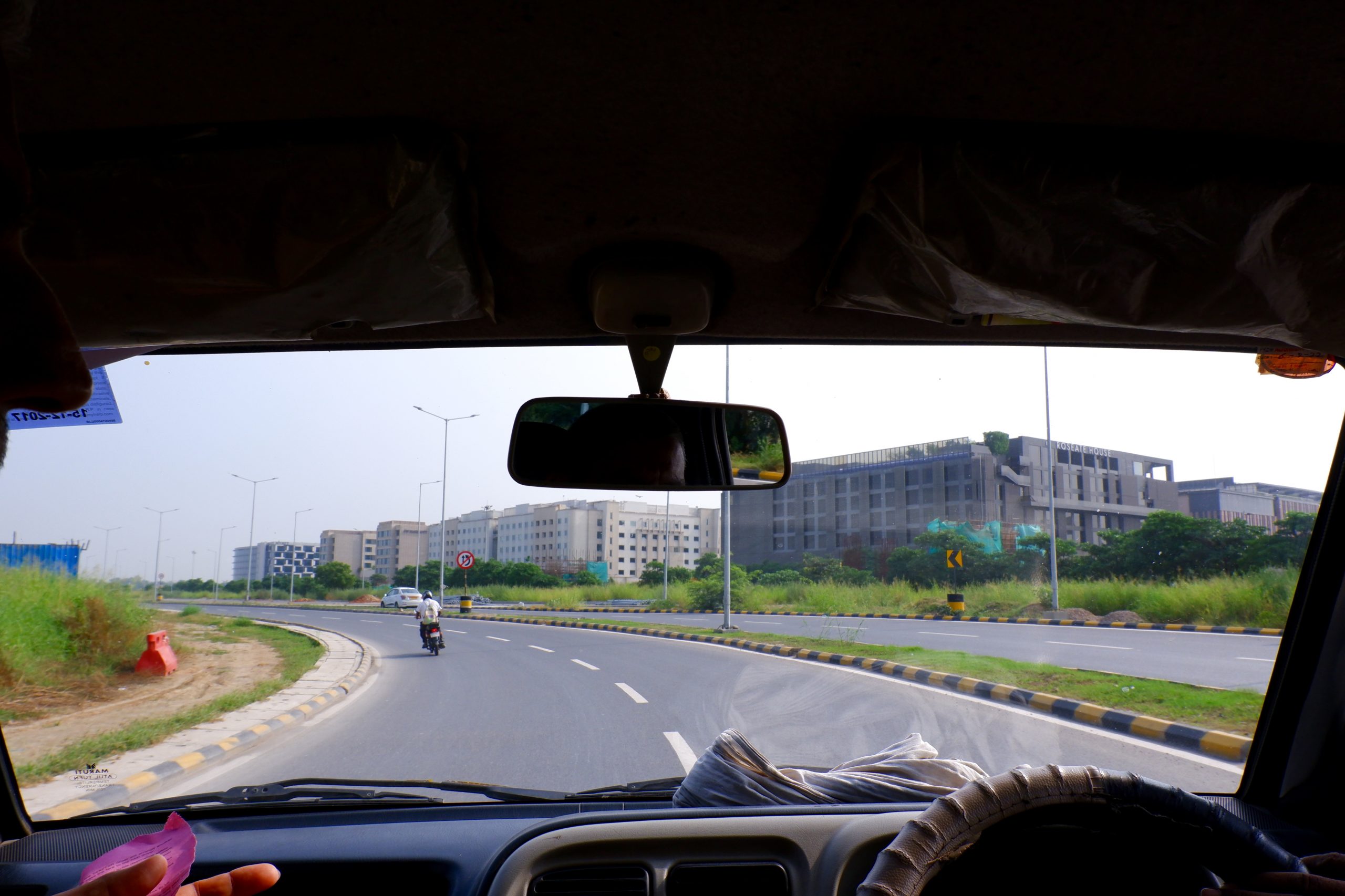 It’s hot and air polluted in Delhi – but still good to be back. After a rest, I set off again to meet buddy Siddharth for lunch.I have known Siddharth since 2010 and it is a quasi normal friendship that actually lasts over time and distance. We had a lot to talk about and when the bill came, I learnt a new change: the service charge was listed on the bill, that used to be normal. Then Siddharth and the waiter discussed because there is a new law that you should not do that anymore. And it was settled again and then there was the original amount with a tip given by the waiter himself – which is better for waiters because they can keep the money directly – if it is in the bill, the restaurant owner usually keeps it. 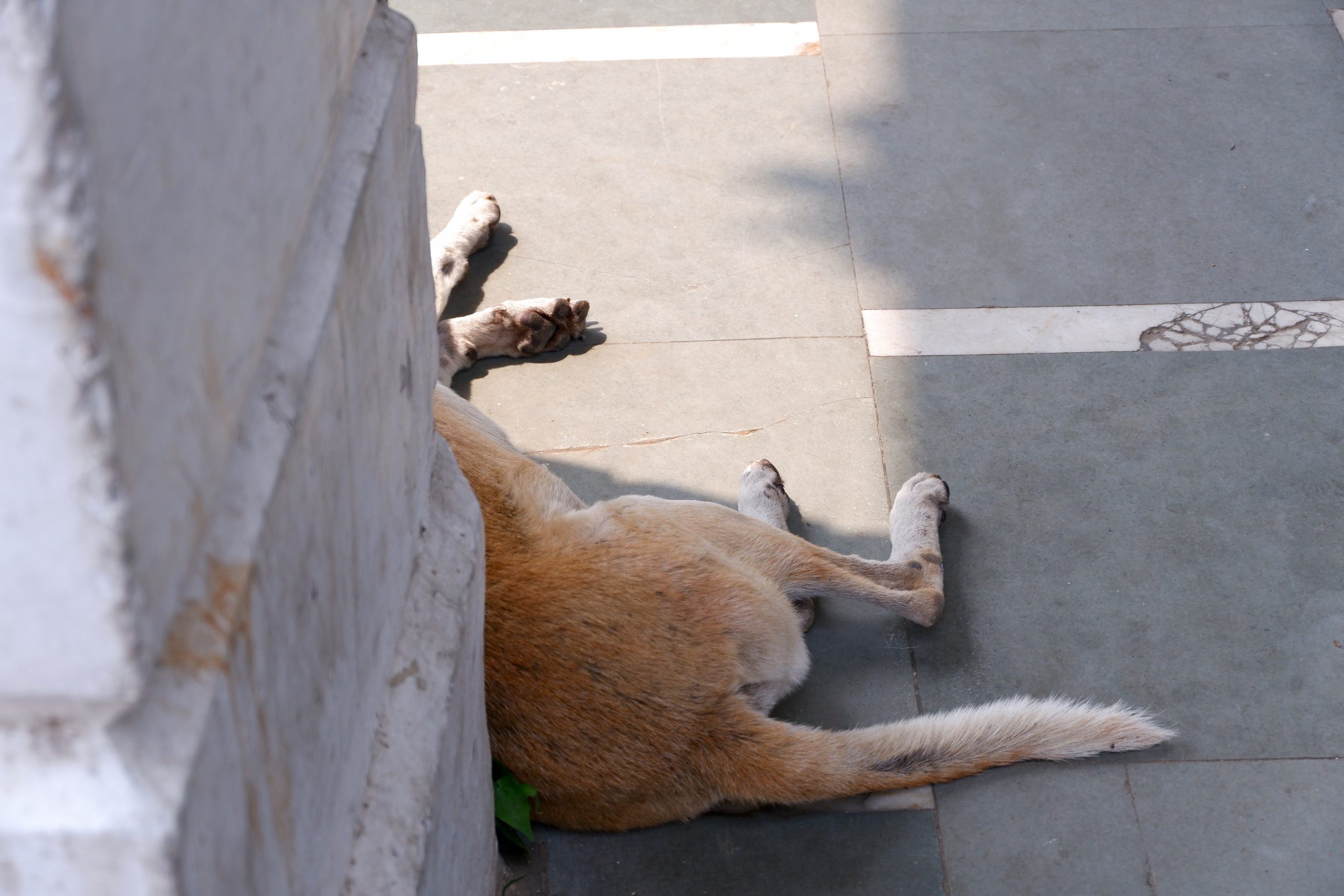 We were at Connaught Place and there were quite a few dogs lying around, looking like they weren’t breathing, but I didn’t get to look at it more closely and ask. Anyway, they seemed more than before.

Then we walked around talking and sweating a bit and it seemed to me that I saw as many people as I usually do in the whole year at home. Wearing masks is still written everywhere, but not many people do it any more (except for air pollution). I still had to wear one on the train in Germany, but not at the airport and on the planes. There are people at Delhi airport who look like they should be doing spot checks, but they prefer to keep themselves busy among themselves. 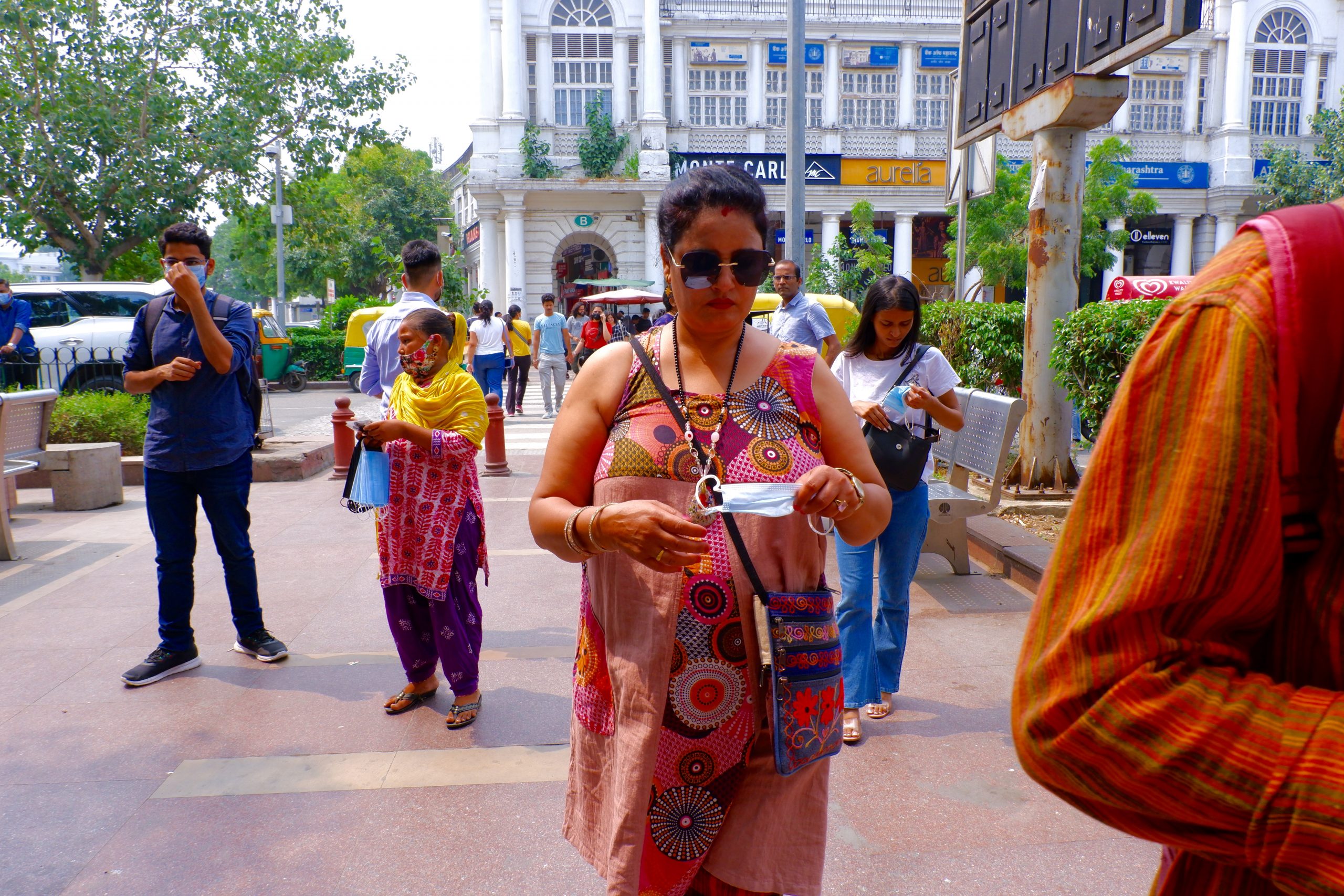 Siddharth then said goodbye, I walked around for about half an hour and then went back to my accommodation, quite tired. While walking around, I noticed again what I like about India: there is a lot to look at and photograph. There is something interesting everywhere. And I noticed that even more with the longer break. Here are a few pictures from the short walk: 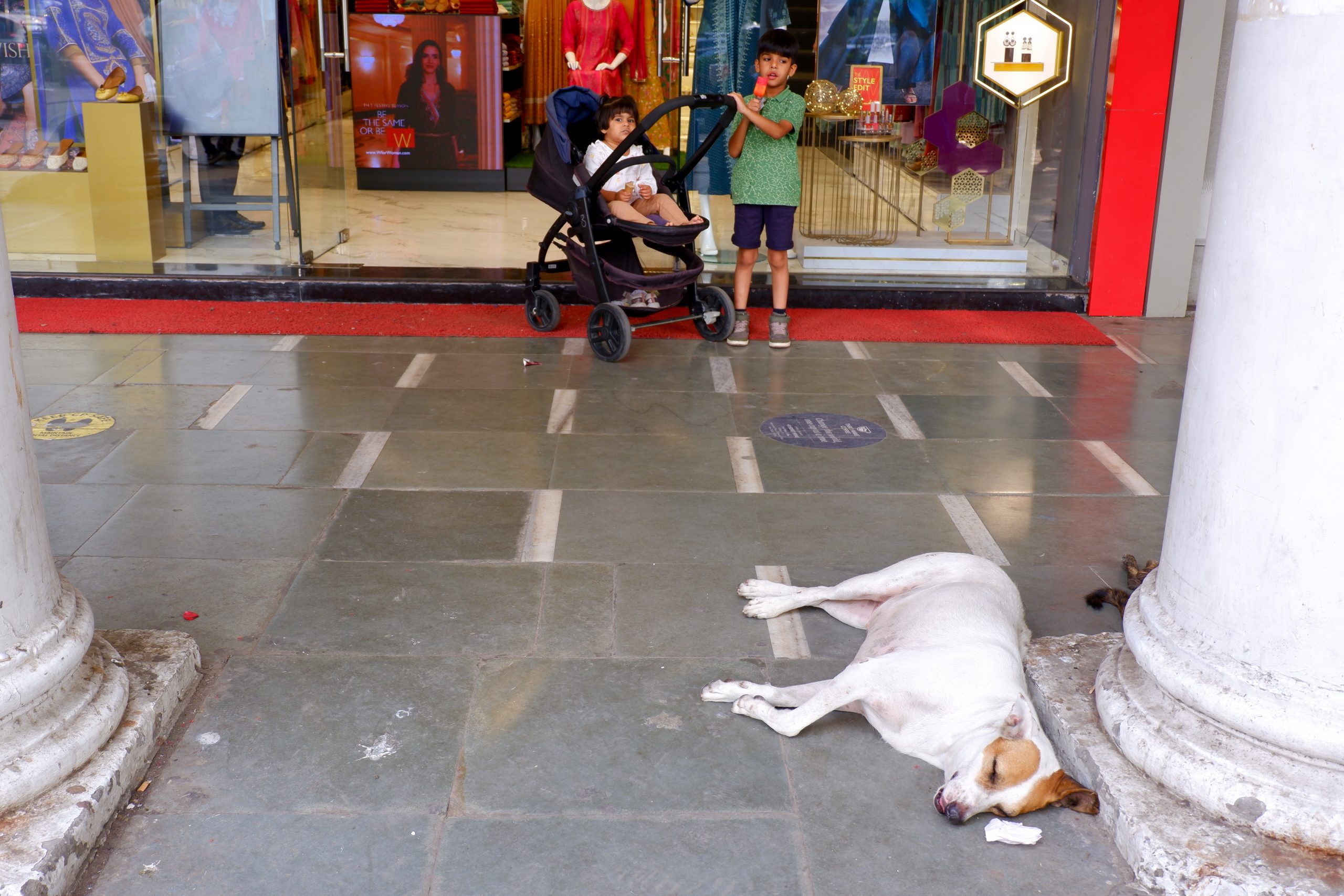 one more dog laying around + children 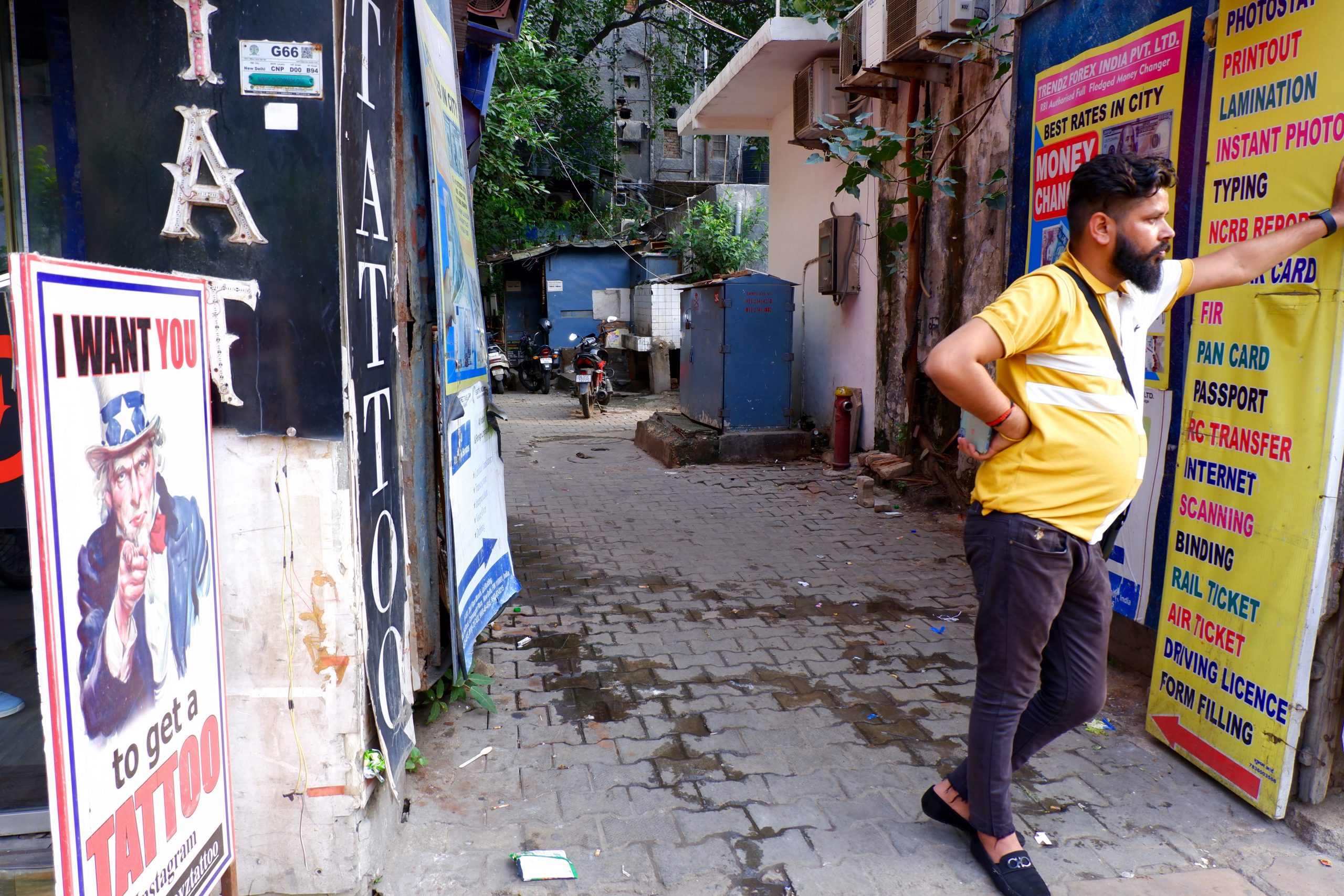 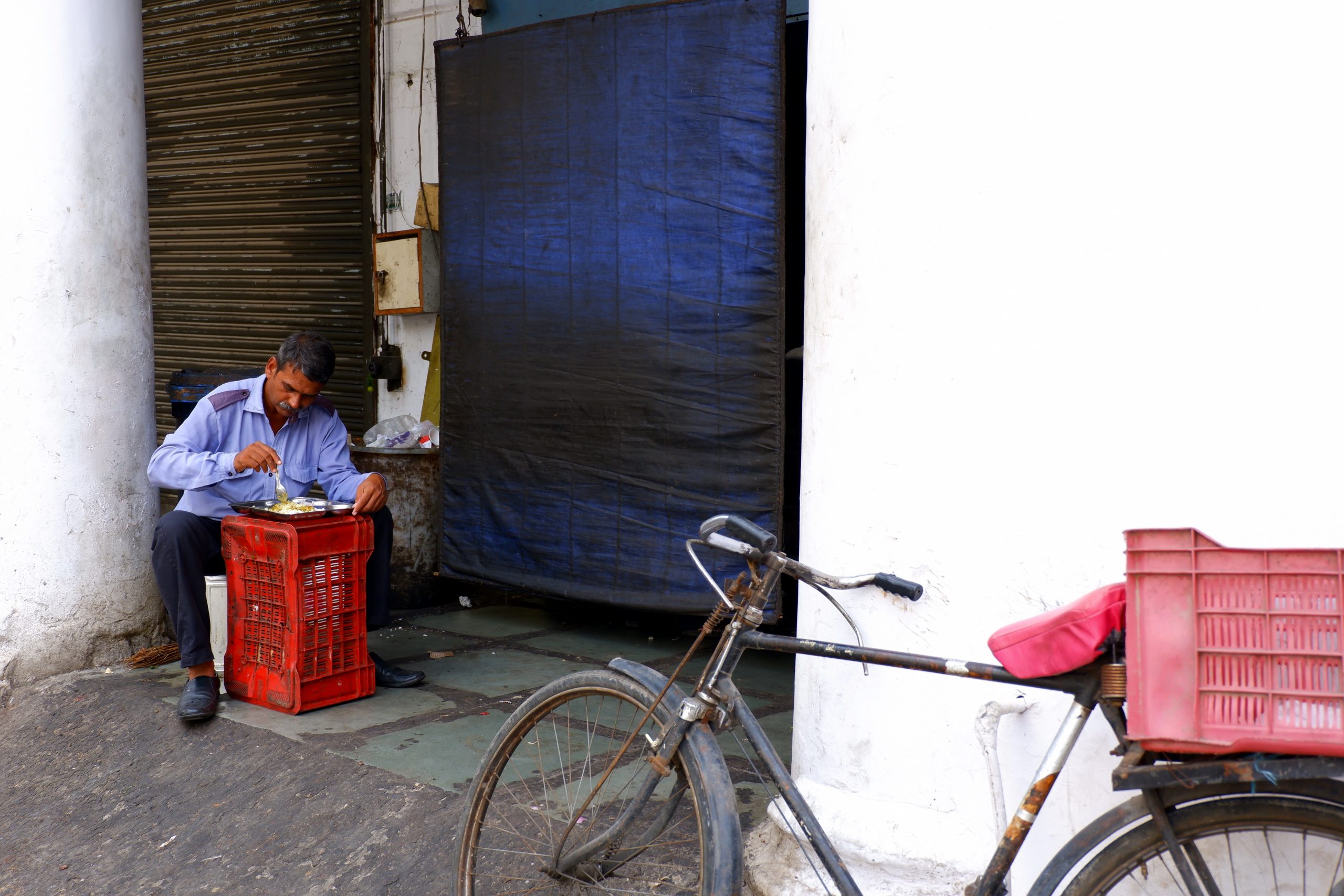 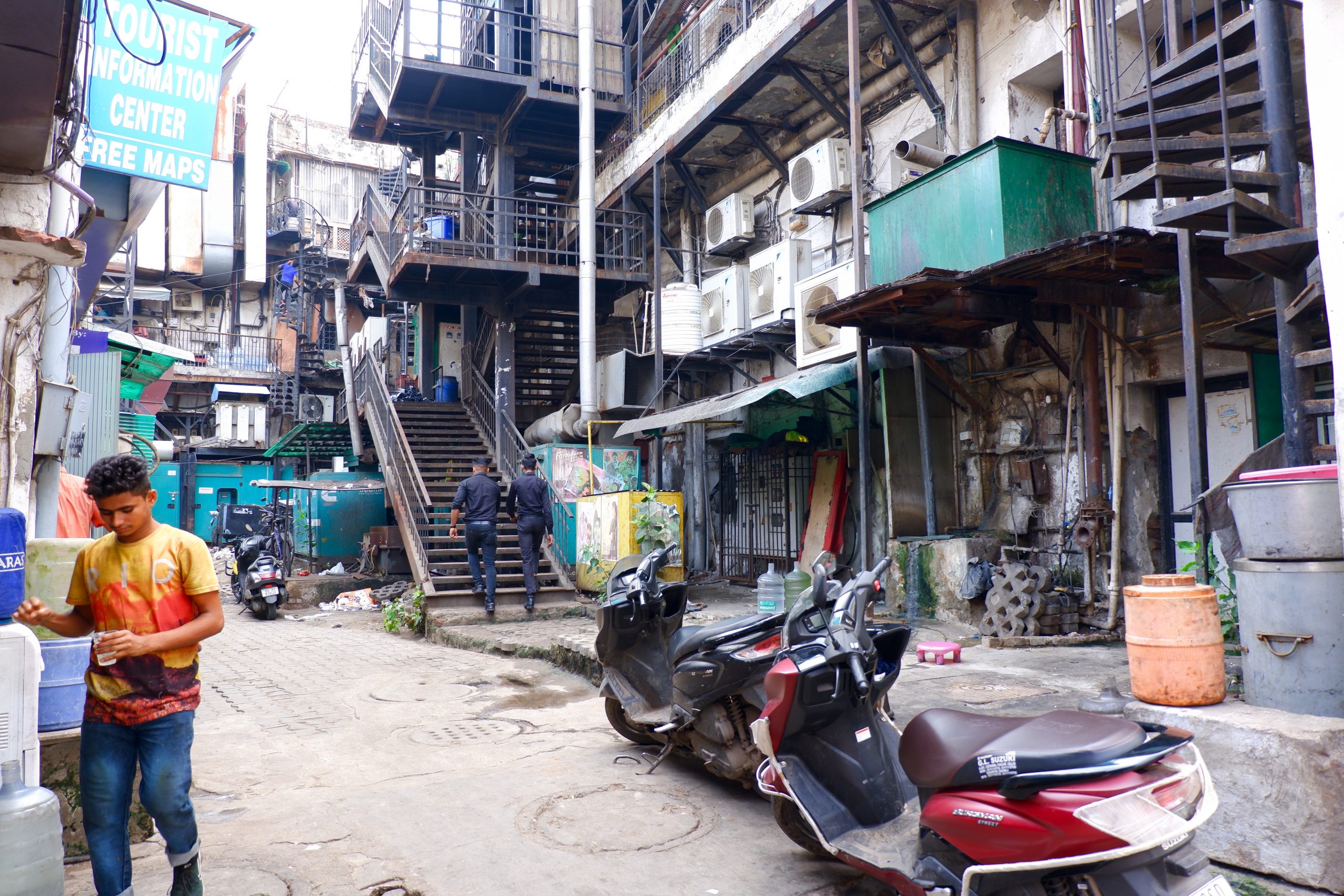 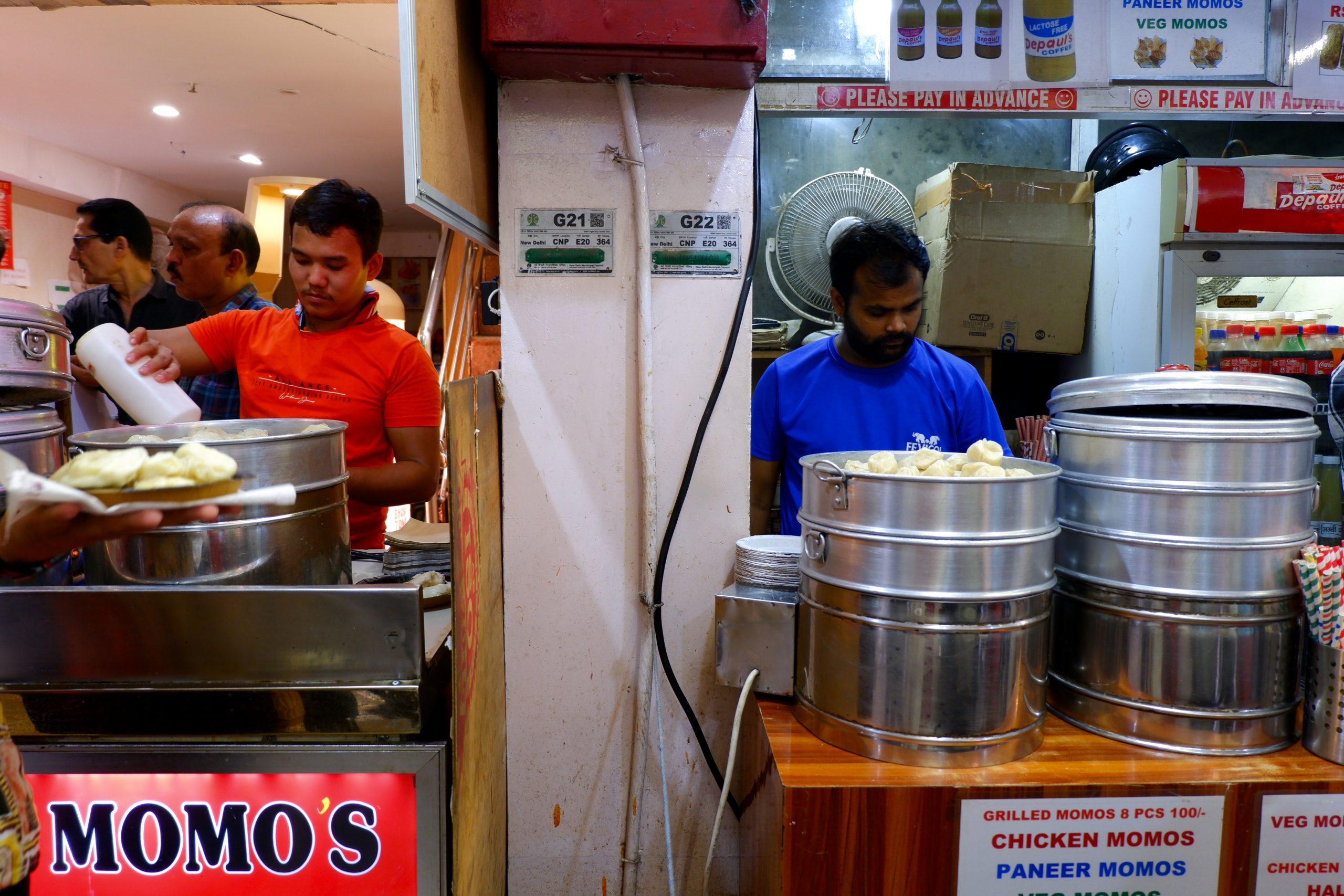 I wanted to do more portrait-size: 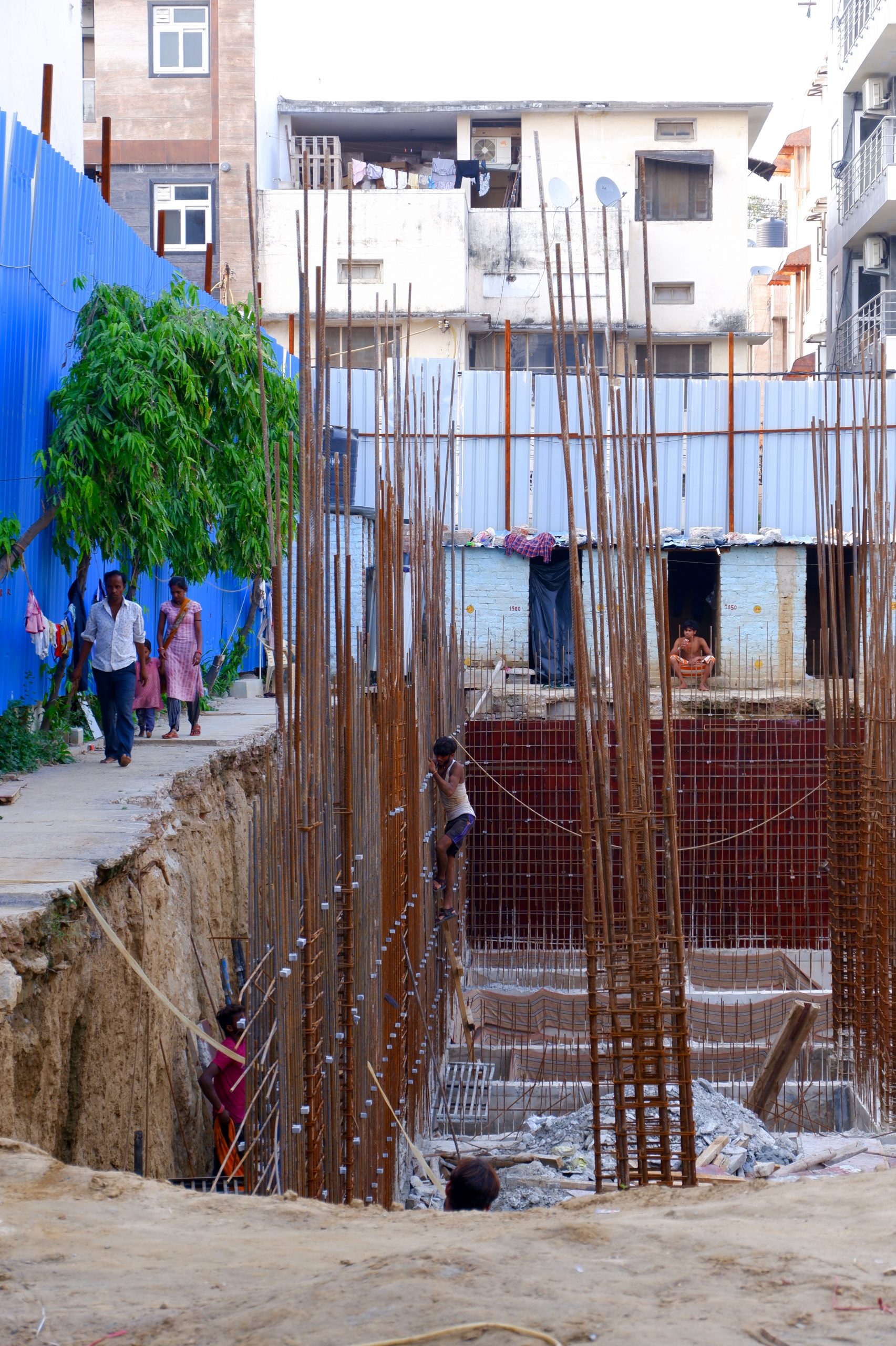 And now it’s time to sleep, there’s a lot to do again tomorrow. Anyway, I’m glad to be back!