During my time in Armenia, I wondered which traditions were covered up by the Soviets and yet where they would still be visible. Especially visually. It seemed to me that I only saw soviet, soviet and soviet – in the architecture, in how people shape their surroundings. I had ideas that it was still visible, that it was being dug up again and spruced up – like the old town of Tbilisi in particular. In Yerevan, there were only these very few little houses left in the ex-old town. I imagined it would be pretty. But I didn’t really find it anywhere (apart from the old churches and monasteries). In Dilijan it was a bit different. I thought I could see something else between all the “Soviets”. Here is a view of Dilijan. It is said that it is one of the places with the biggest growth. 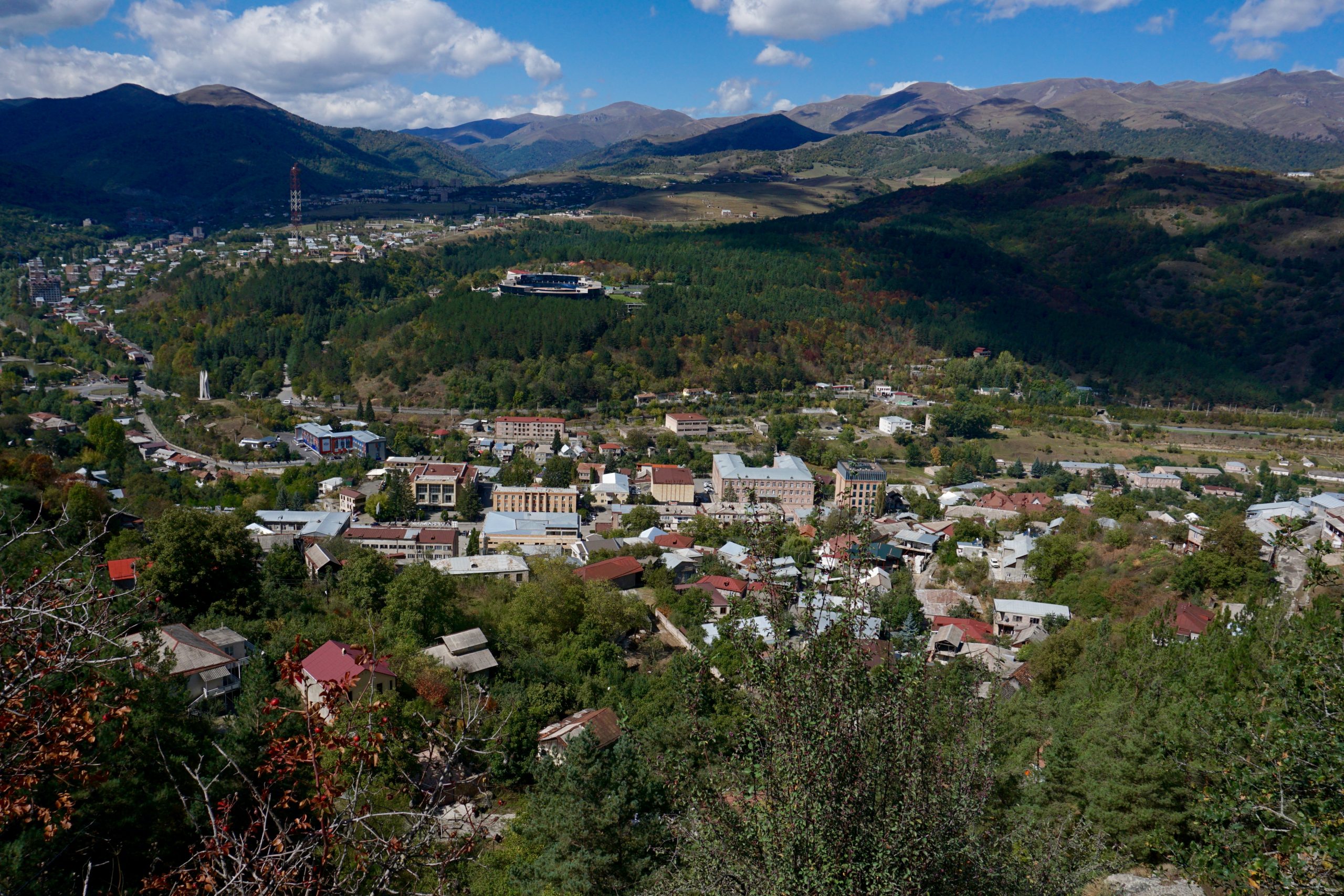 Dilijan view – I find the comparison with Switzerland a bit far-fetched. 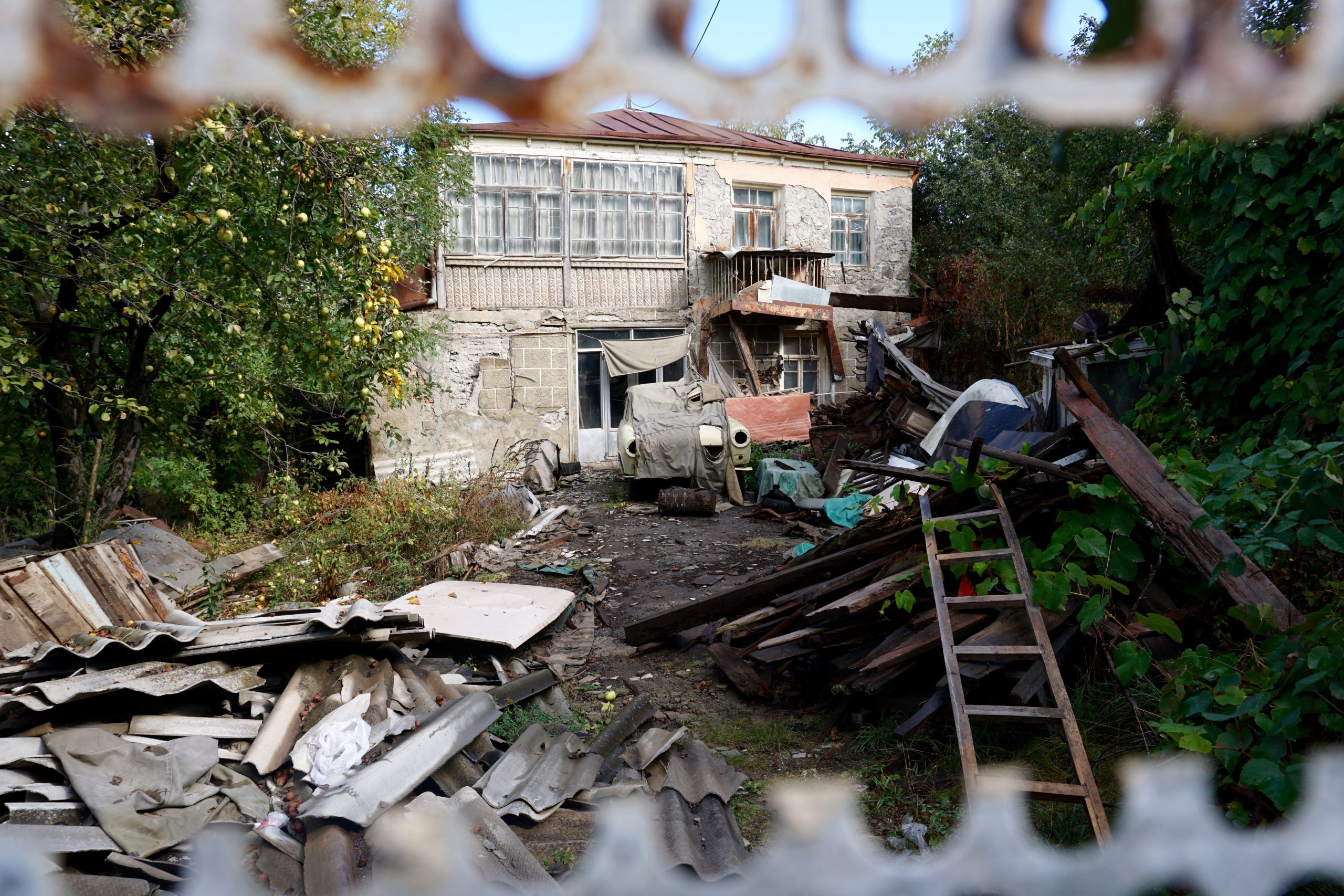 AAt least they had already taken care of a small section of the street and made it pretty again. These carved balconies are something very typical of Armenia. 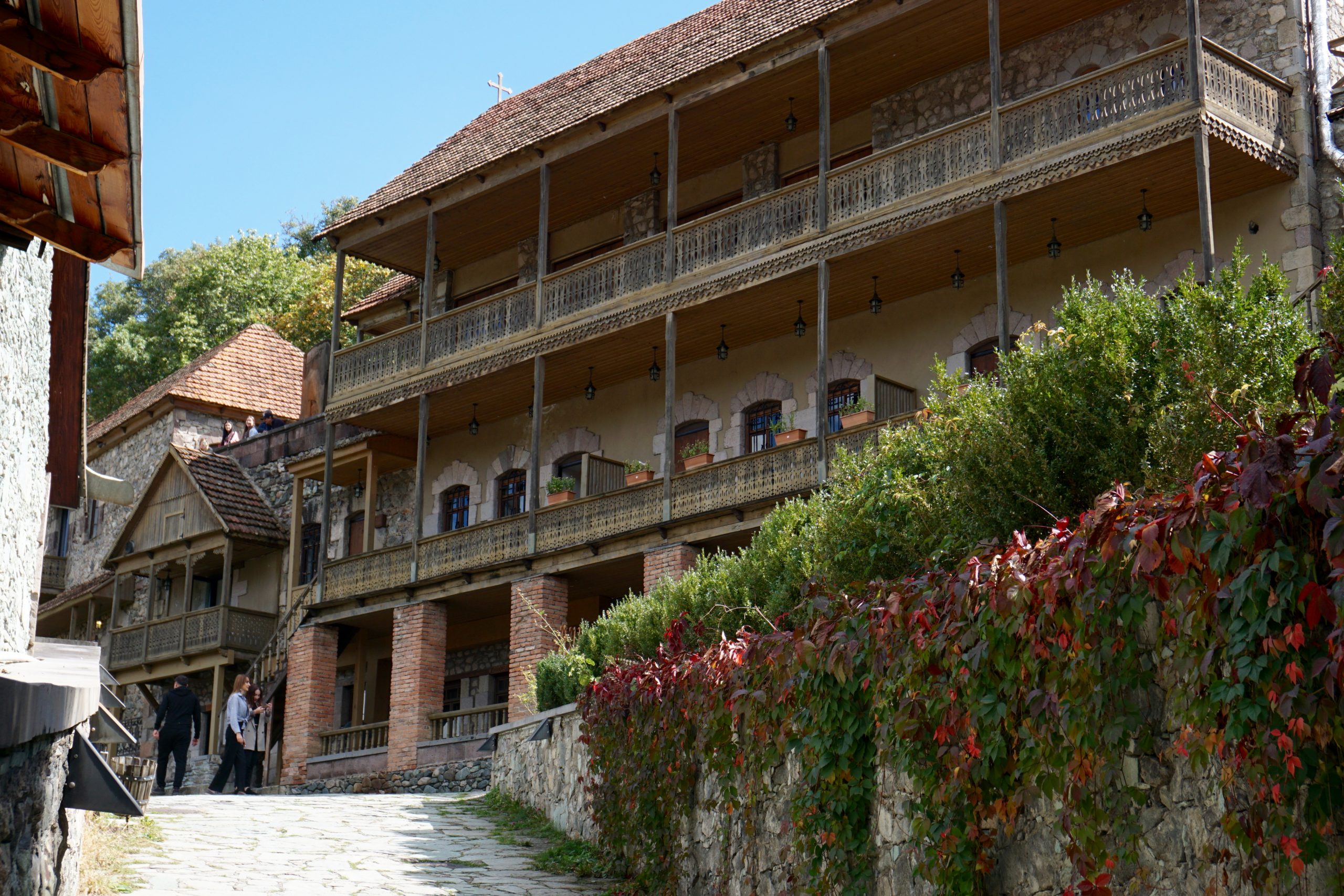 On the first day, I did a short hike down through the upper part of the village and the forest. After noon, I had picked out a slightly further round to get back to my accommodation. And that’s when I was struck by travelling luck again. First I went through a park, where I noticed 2 girls in special dresses. Then I was surprised that quite a lot of people were walking that way. And then I heard the music, saw tent stands set up and shortly afterwards found myself in a kind of festival again, where things were exhibited and sold and in the middle of the square there were dance and music performances. And there I had my sorely missed traditions. Interestingly, I seemed to be almost the only tourist, the other people seemed to know each other. I really enjoy watching dance performances. But first, here’s a potter: 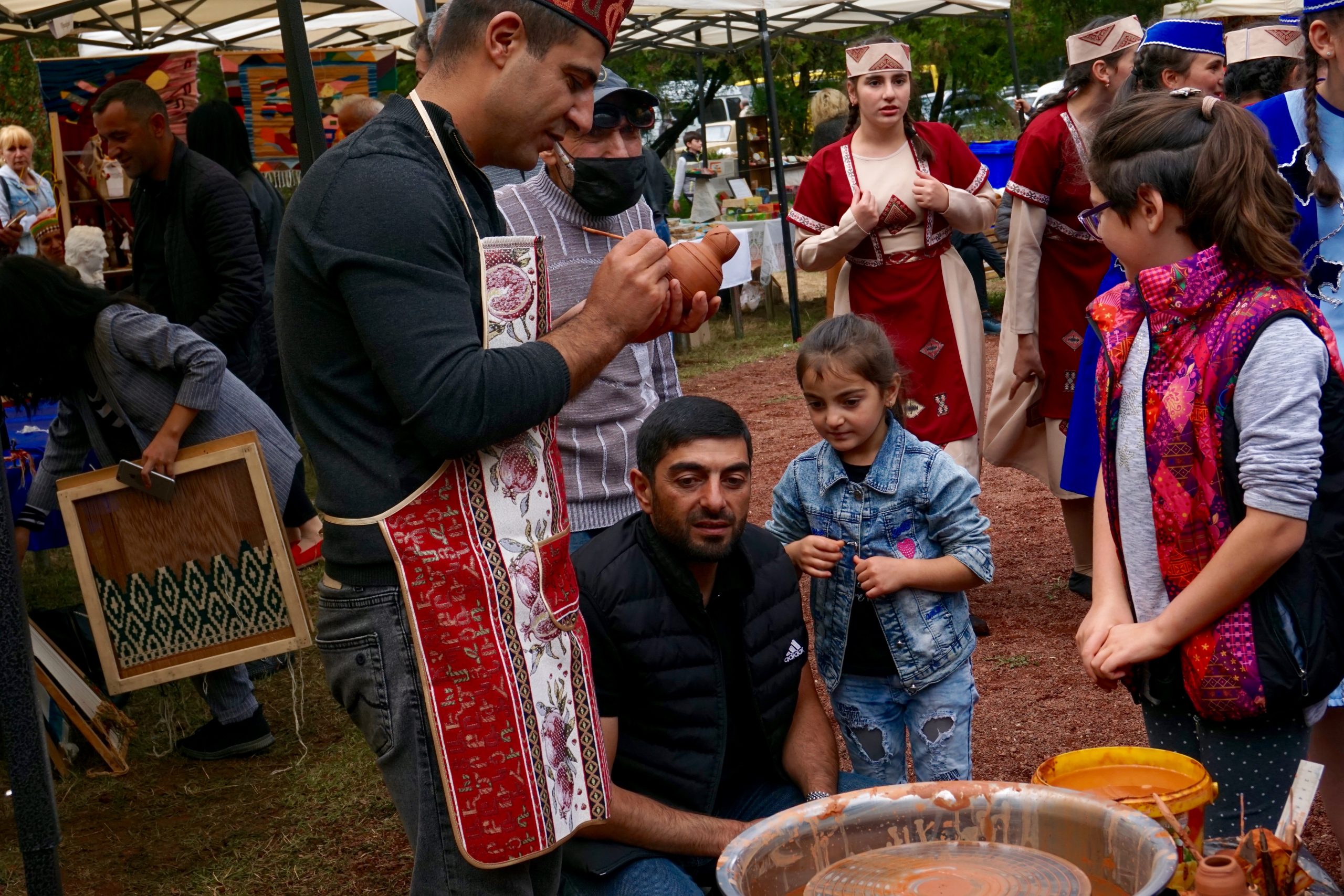 The music for the dance groups came from the tape, but there was also live singing and music. There were mainly drums and a kind of blowpipe that played the melody. 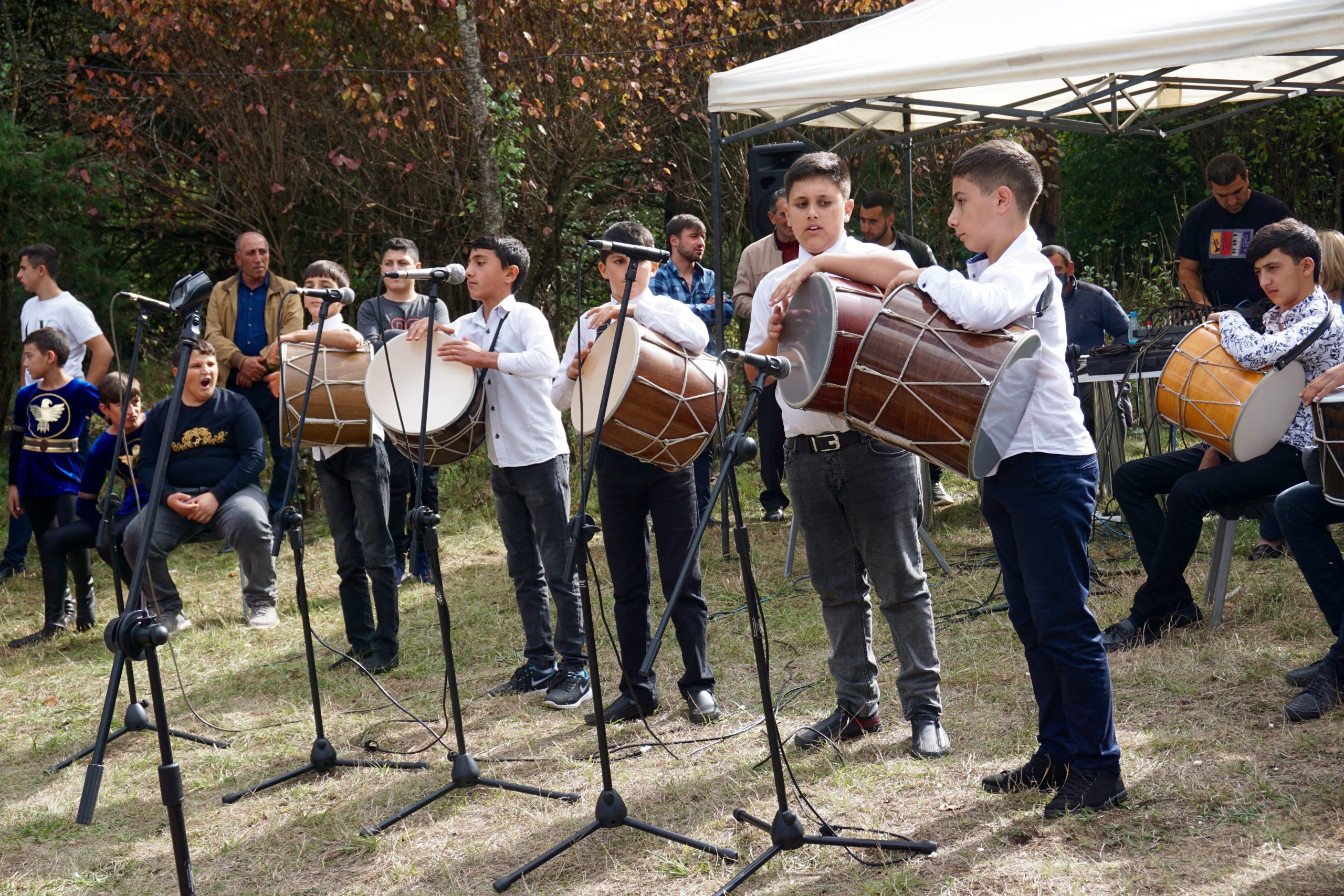 Armenian dancing is done in groups (here almost exclusively female, but it is also otherwise well mixed) and a lot of it is done with touching in rows and changing into many formations. It is not as sad as the music I heard in Garik’s taxi, but quite lively. There are probably also well-known fixed dance steps – when one of them performed something, two other dancing circles formed that weren’t there at all. And then there are dances where one dances a special role – visually emphasised by different clothes. Here are a few pictures of the dancers: 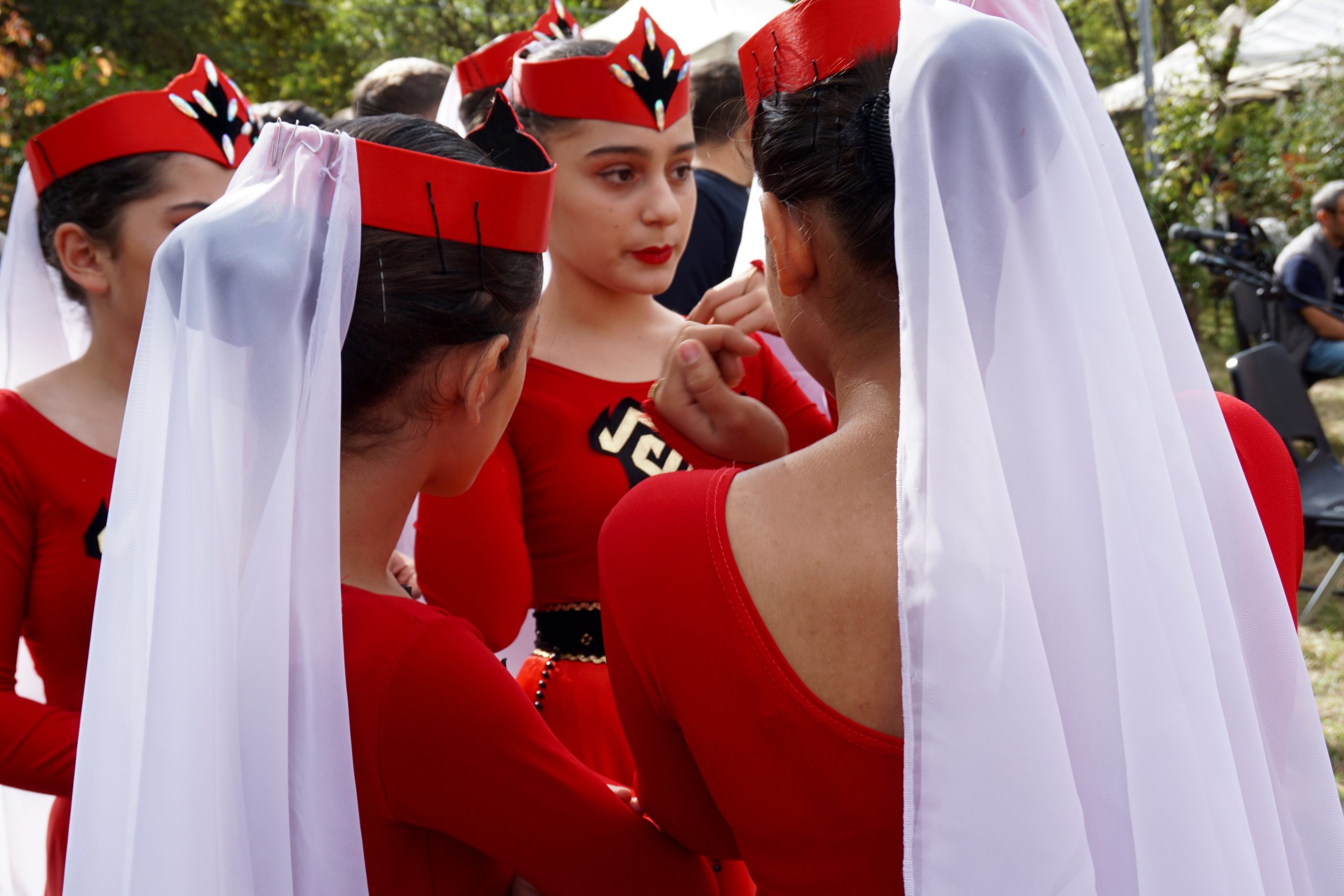 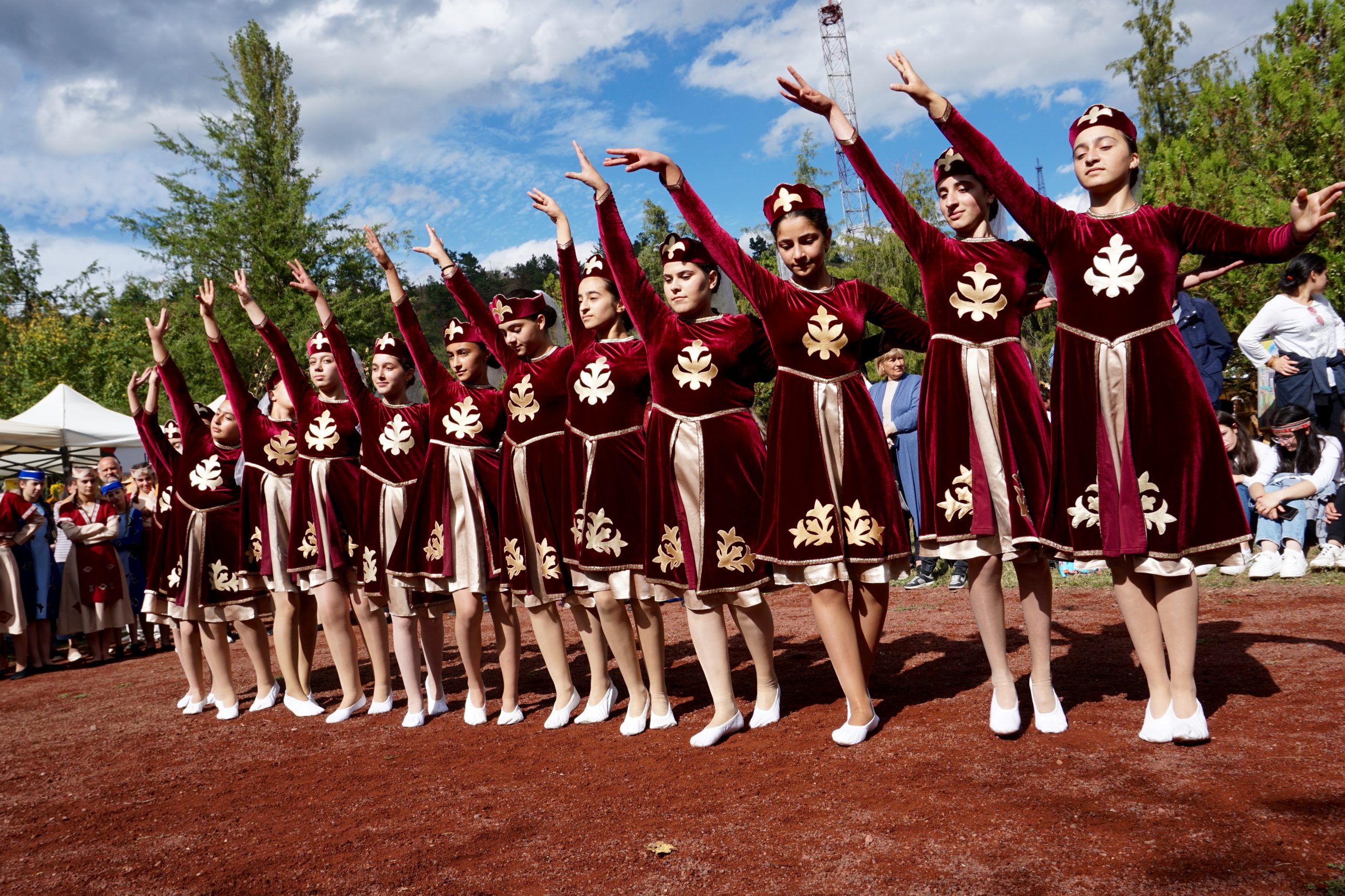 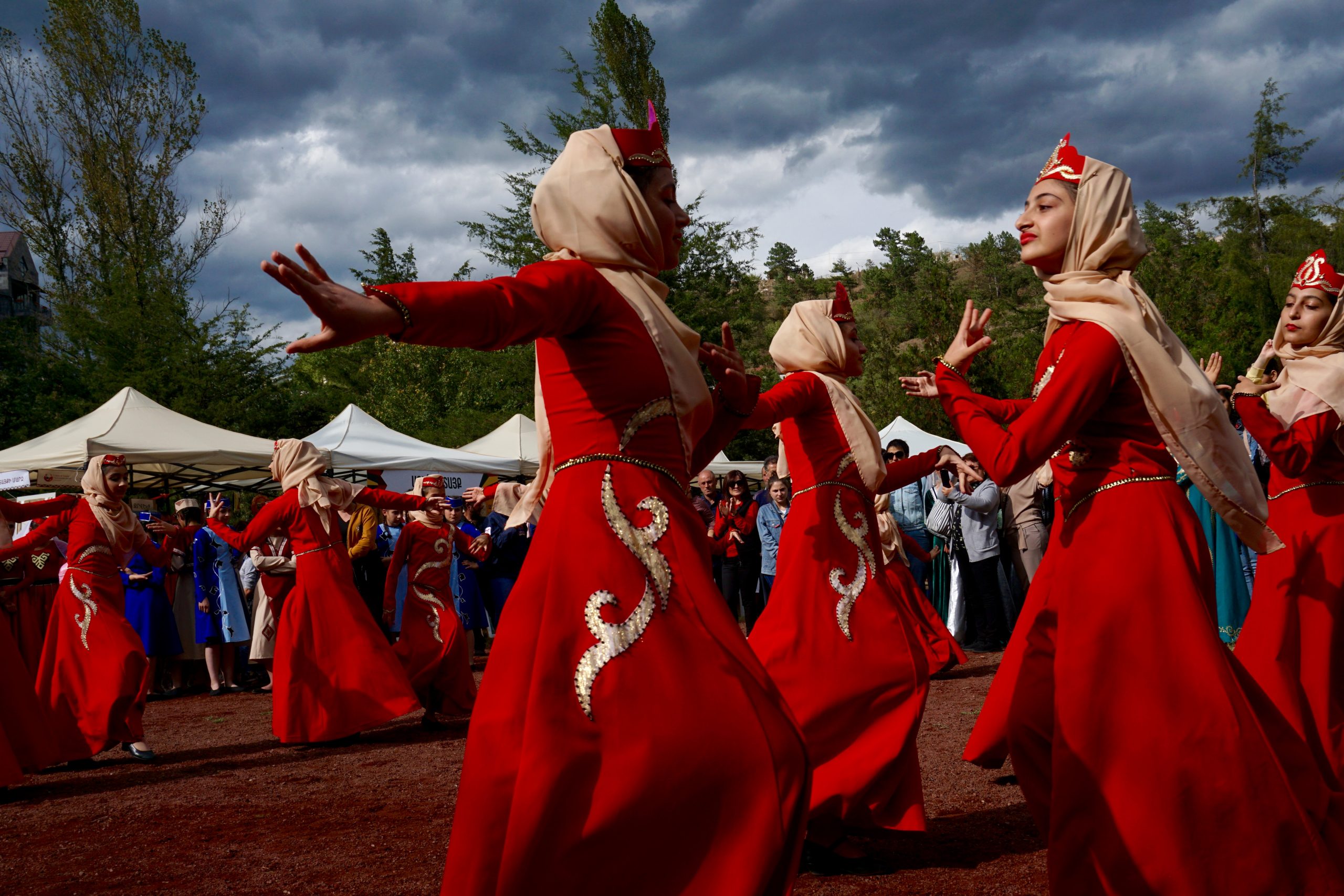 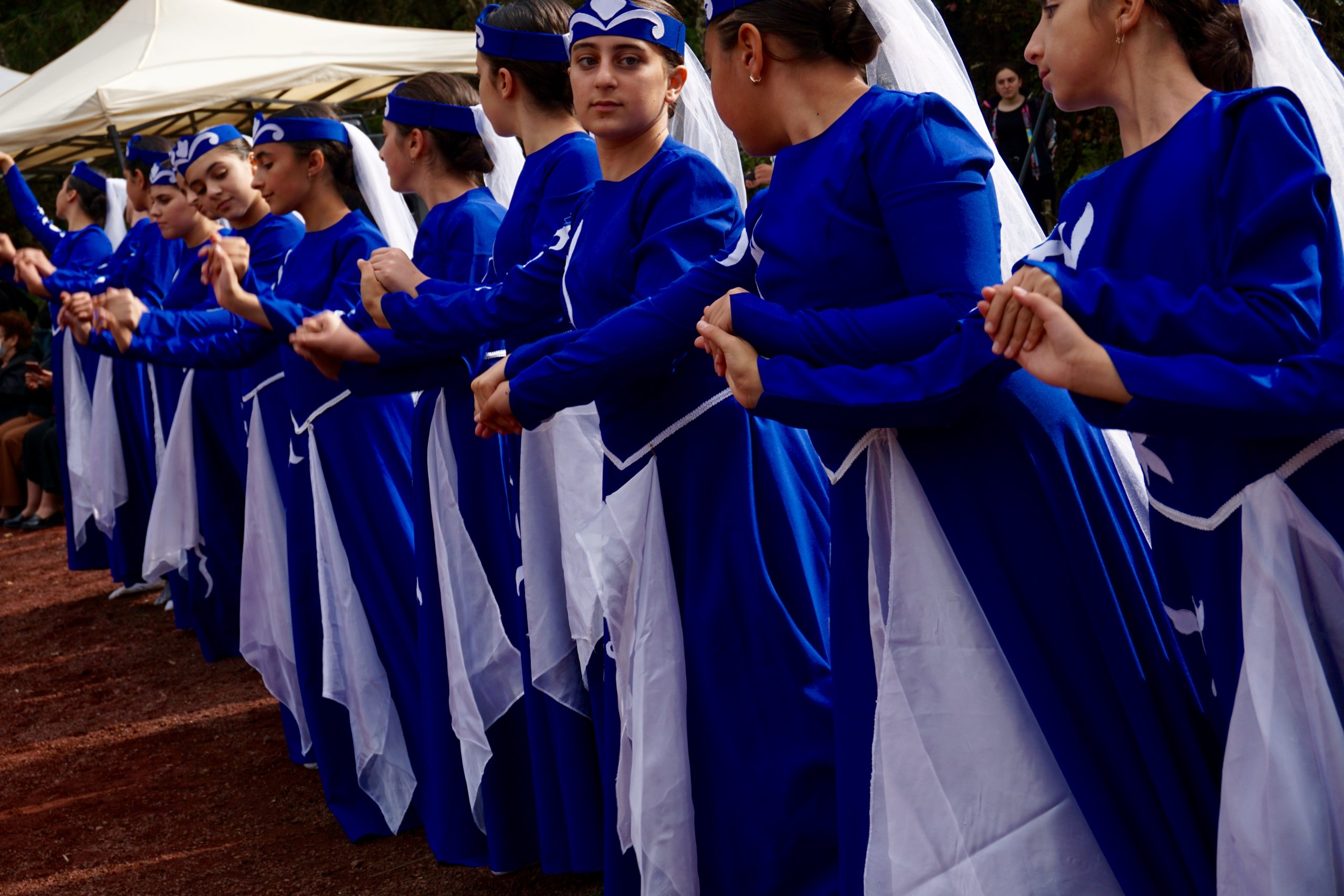 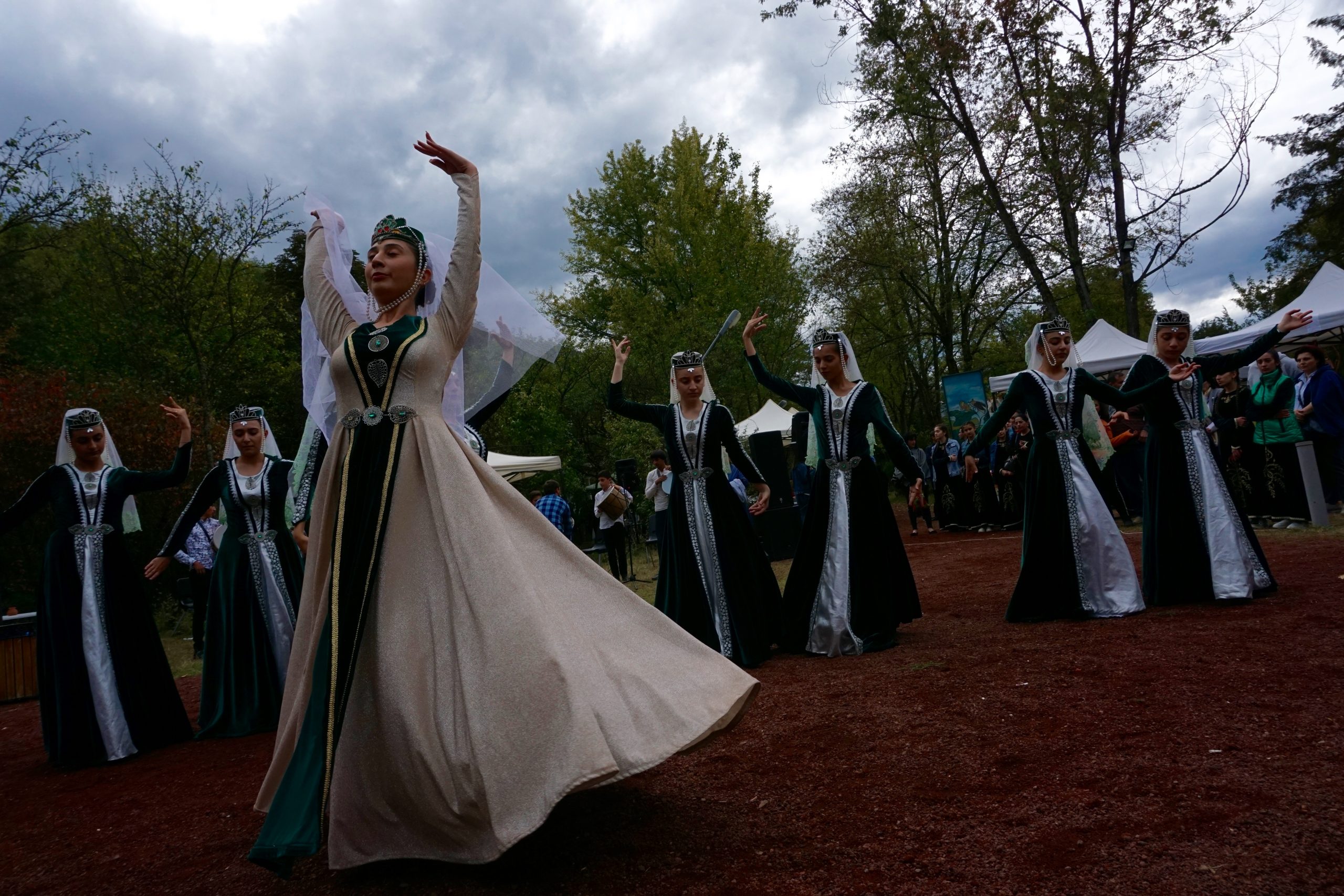 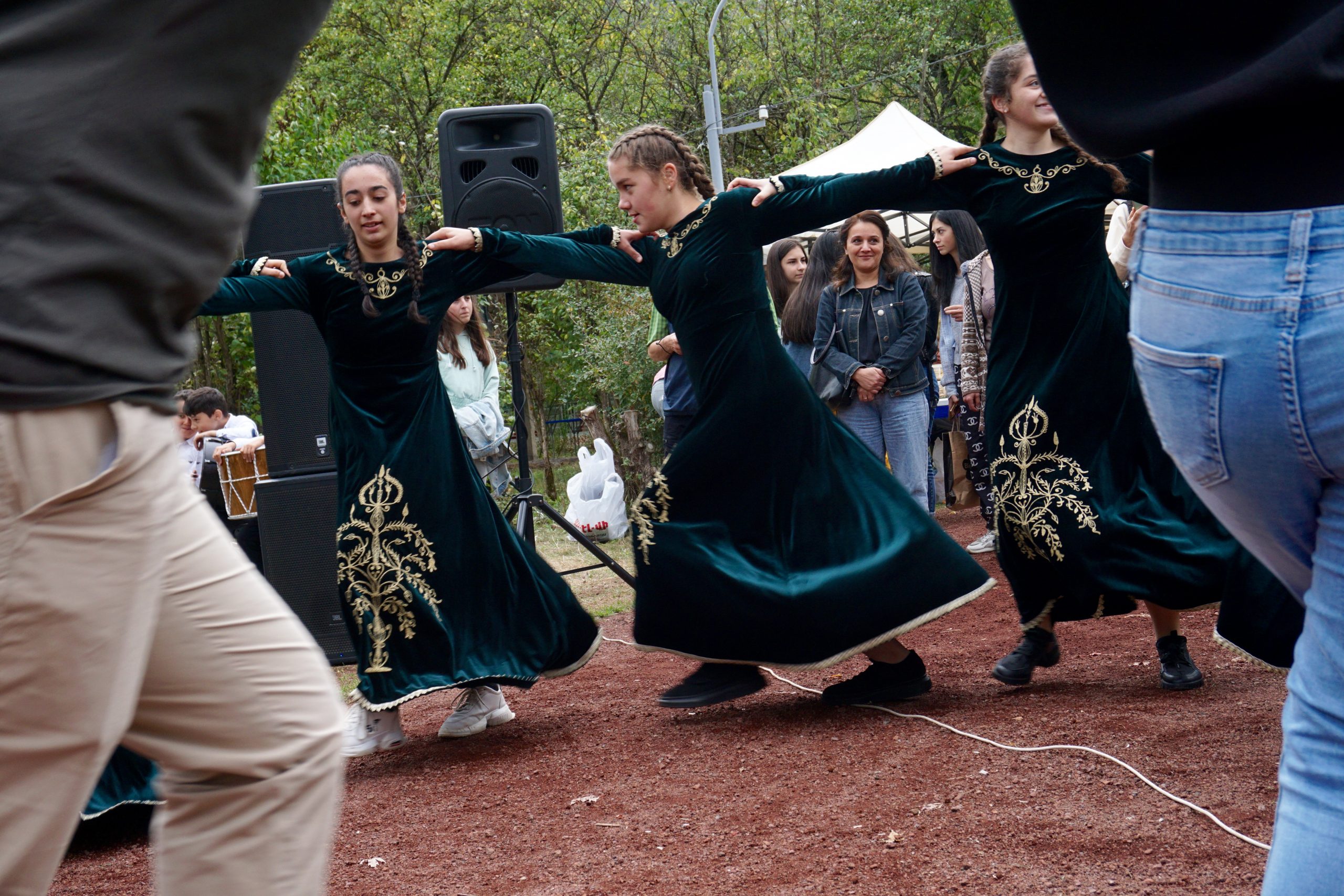 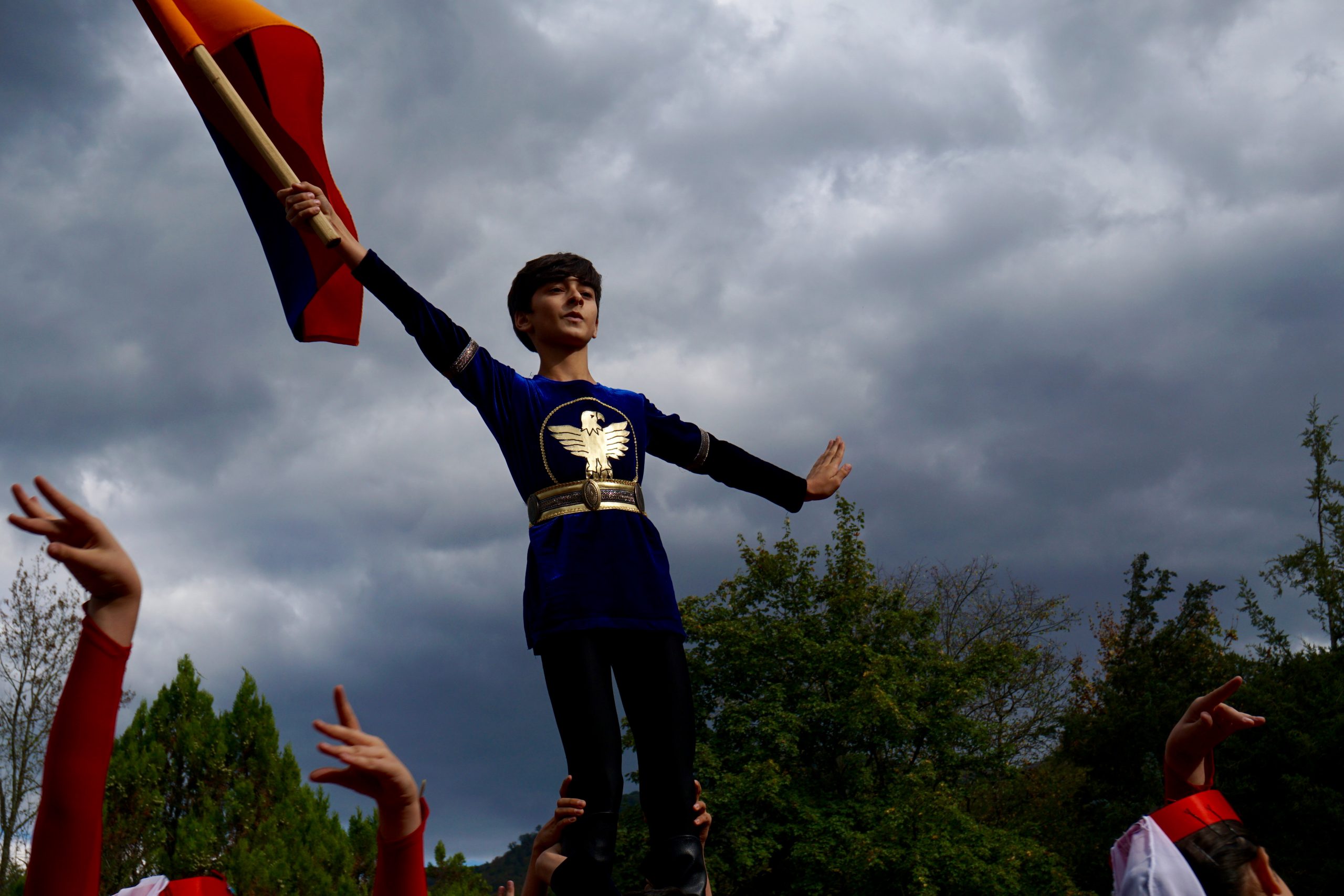 There is another interesting tradition, but I did not experience it. In Armenia, Easter is celebrated much bigger than Christmas. Because being born is nothing special, but being resurrected is. 😀