The morning started early. And with bad news. The plan was to take a bus or something similar to the turnoff to Son Kul, from there another taxi for something closer and then hike over a high pass to the lake. At the bottom, there should already be a yurt set up where we could sleep. About 18 Euros per person. Sounded good. However, at about 4:00 a.m. Rakhat got a new message: the yurt was there but no one was on site, so we would have to take the cook, food etc. with us and that would cost well over 100 Euros…Phew – what now? We also didn’t know how snowy the pass would be, maybe it would be completely difficult. In the meantime it was 5:00, the planned time to get up anyway because of breakfast and Ramadan. First we had a drink and thought about it. 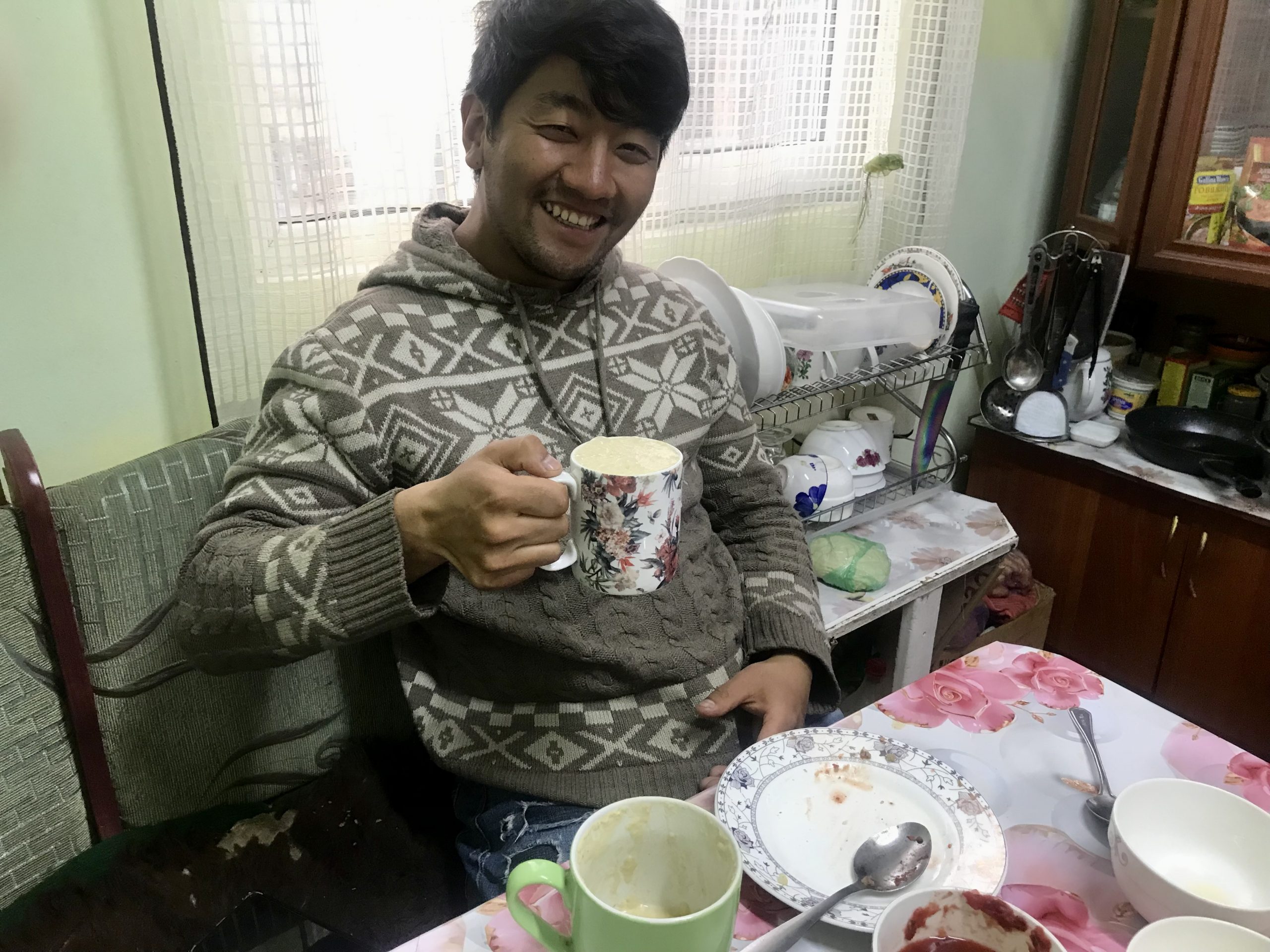 For me, it was too much money for such an undertaking. The uncle had an idea. He would drive us to a place where we could hike and then pick us up later and show us something else. It’s supposed to be quite nice there – but he hasn’t been there himself yet. And then we could stay with them for another night. They loved our visit. So did we. I thought: Discovering the unknown: very nice! And I could go to Son Kul another time.

And so we got into Uncle’s car and drove west along the empty road. Uncle thought that some music would surely put us in a better mood and plugged in his music stick. And what came out of the loudspeaker? A remix of Modern Talking’s greatest hits. I suffered. But it also made me laugh terribly. So absurd! 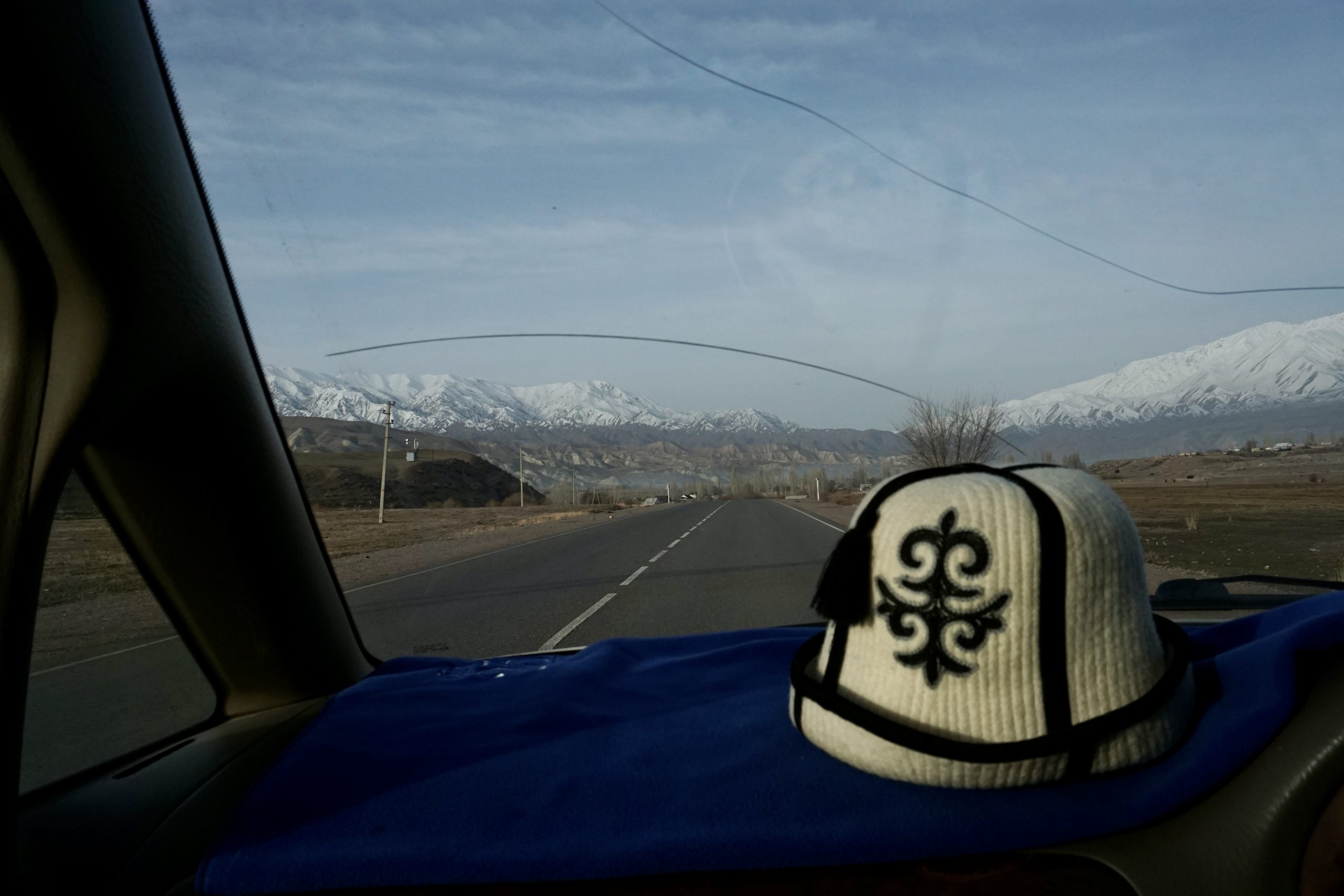 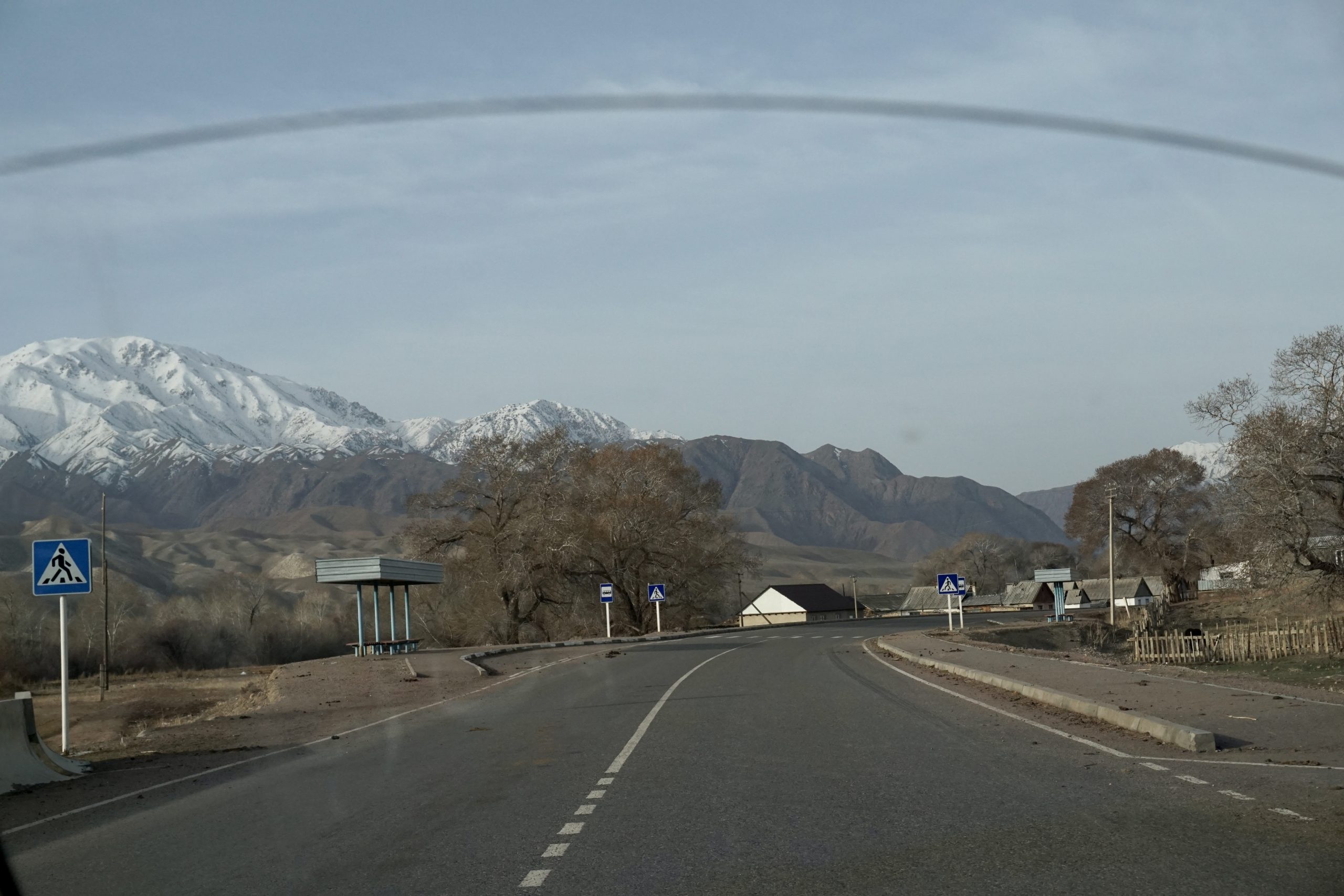 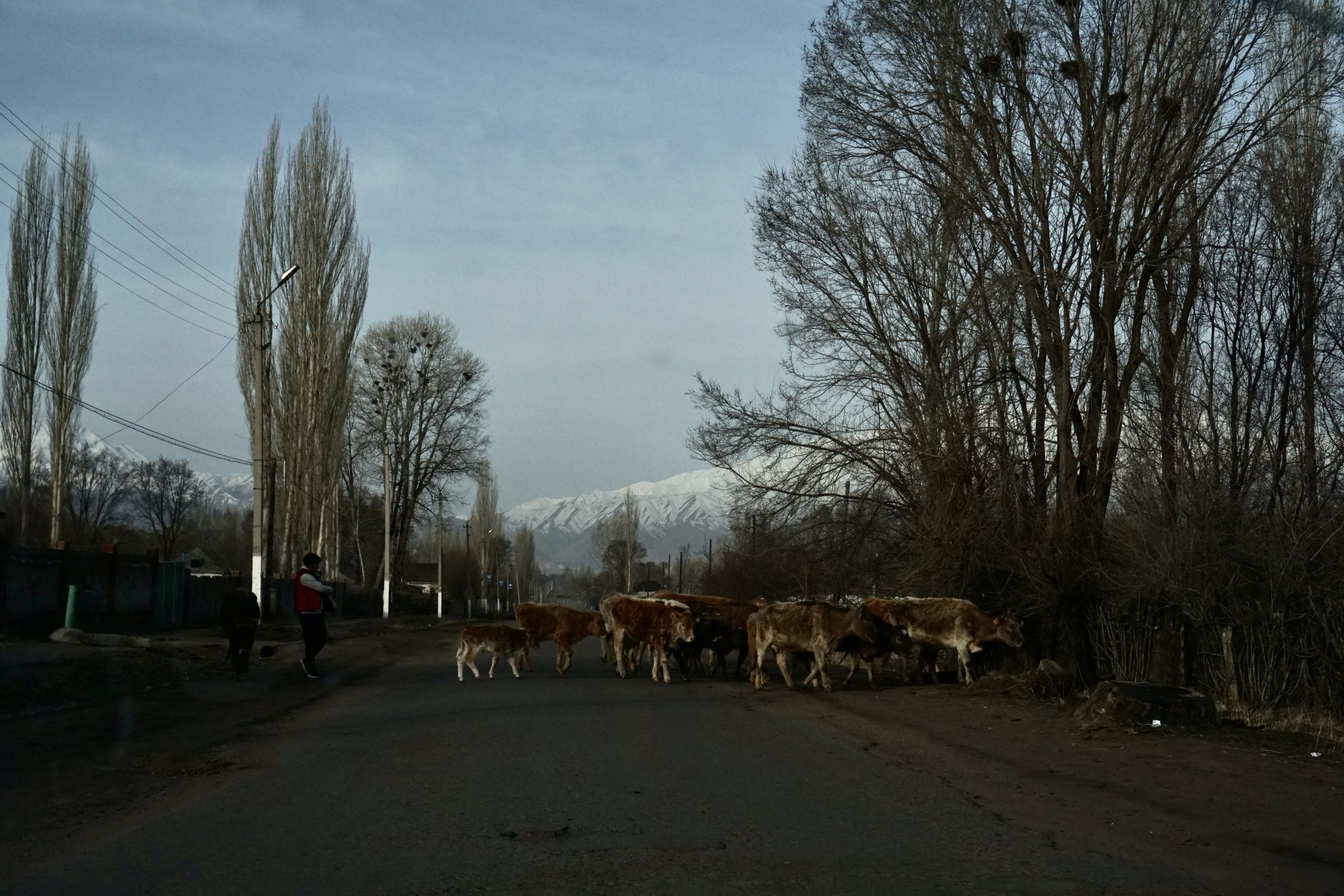 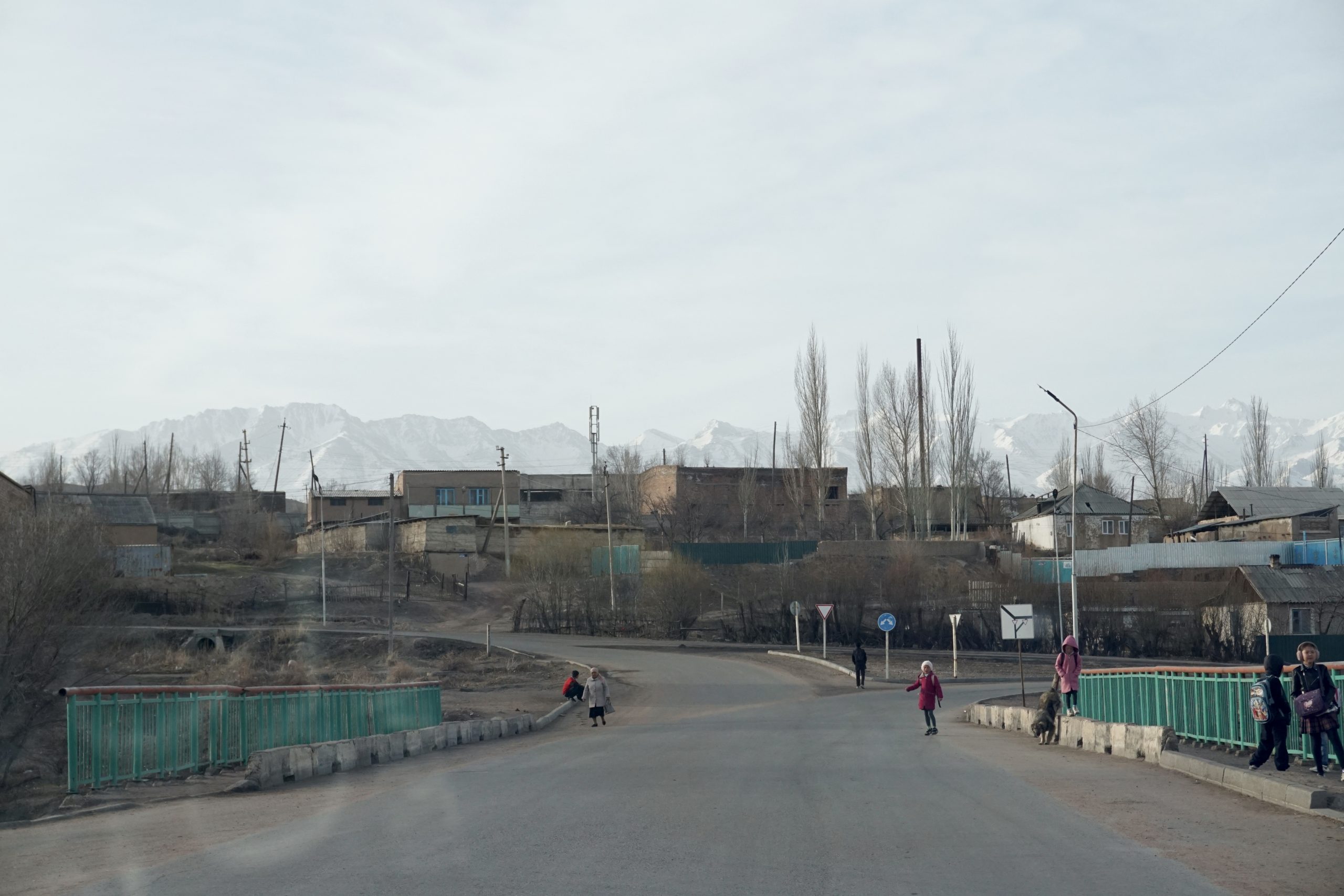 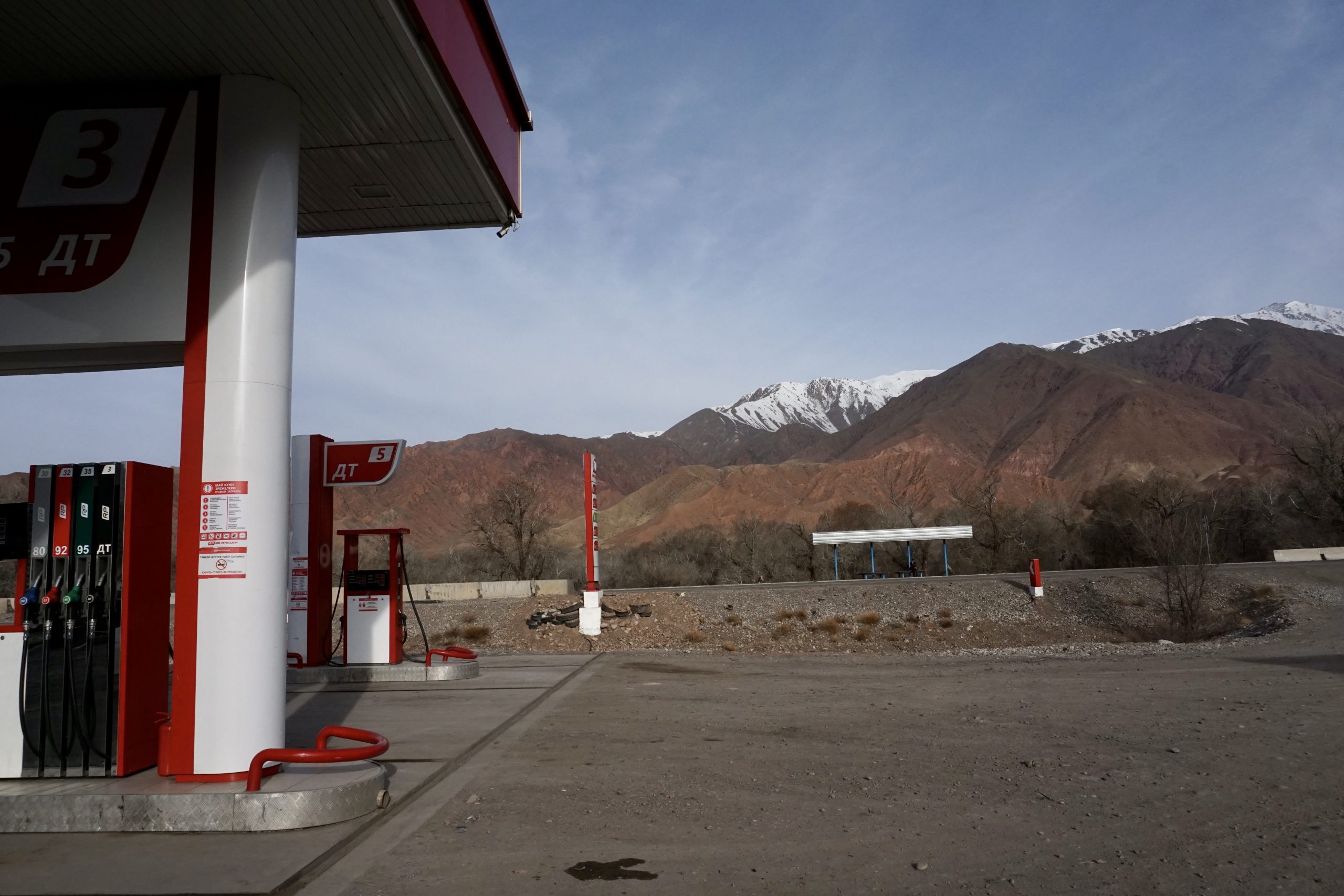 It got lonelier and lonelier, but then a petrol pump with a bus stop appeared, where someone was even sitting waiting. We filled up. Petrol is cheap for us at 60-70 cents – here it has gone up enormously compared to income. By the way: it is right-hand traffic, but there are so many cars with wheel on the right. You always have to look where you get in. 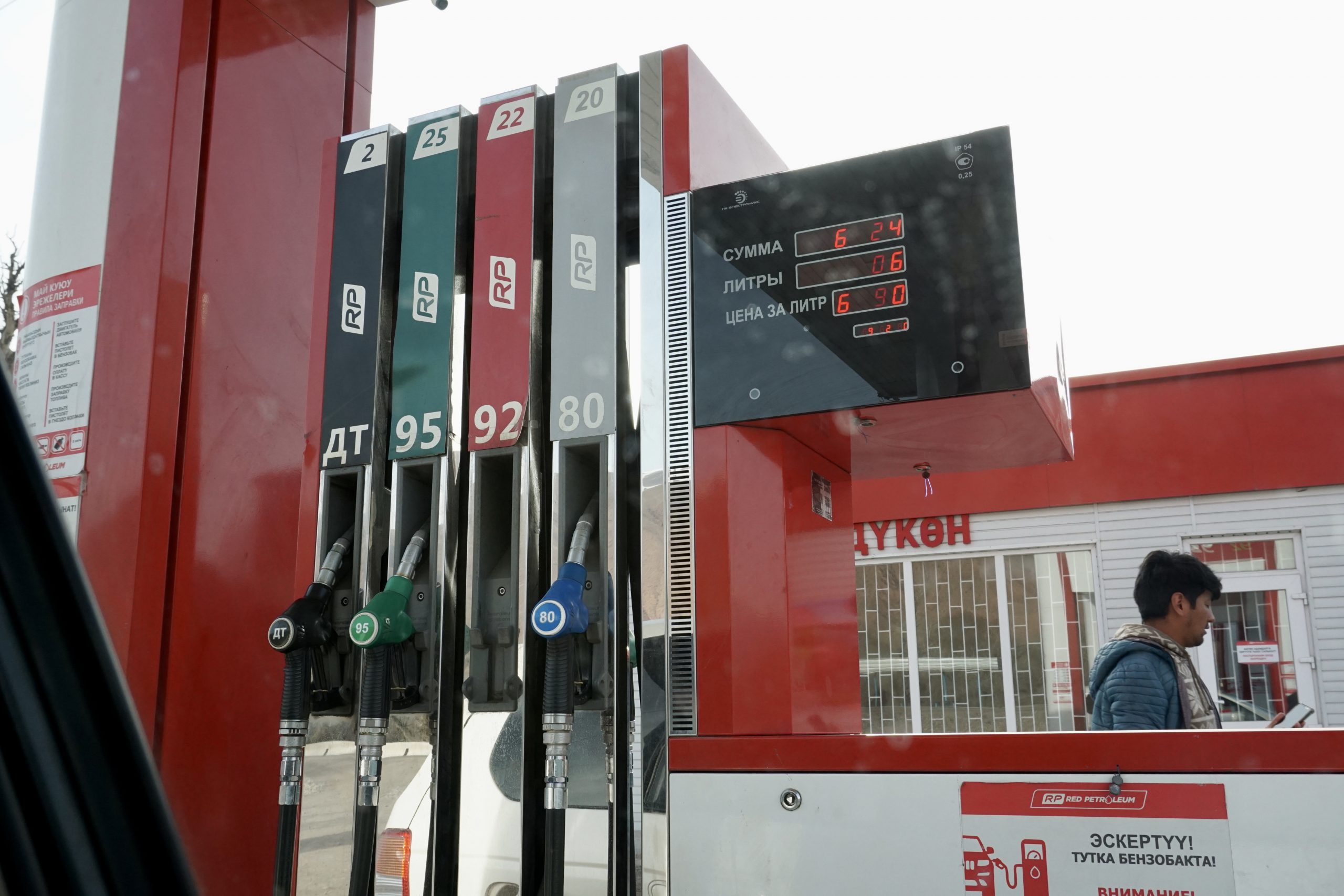 After the petrol pump we took a left turn, a bit of track to the penultimate homestead and there we got out. 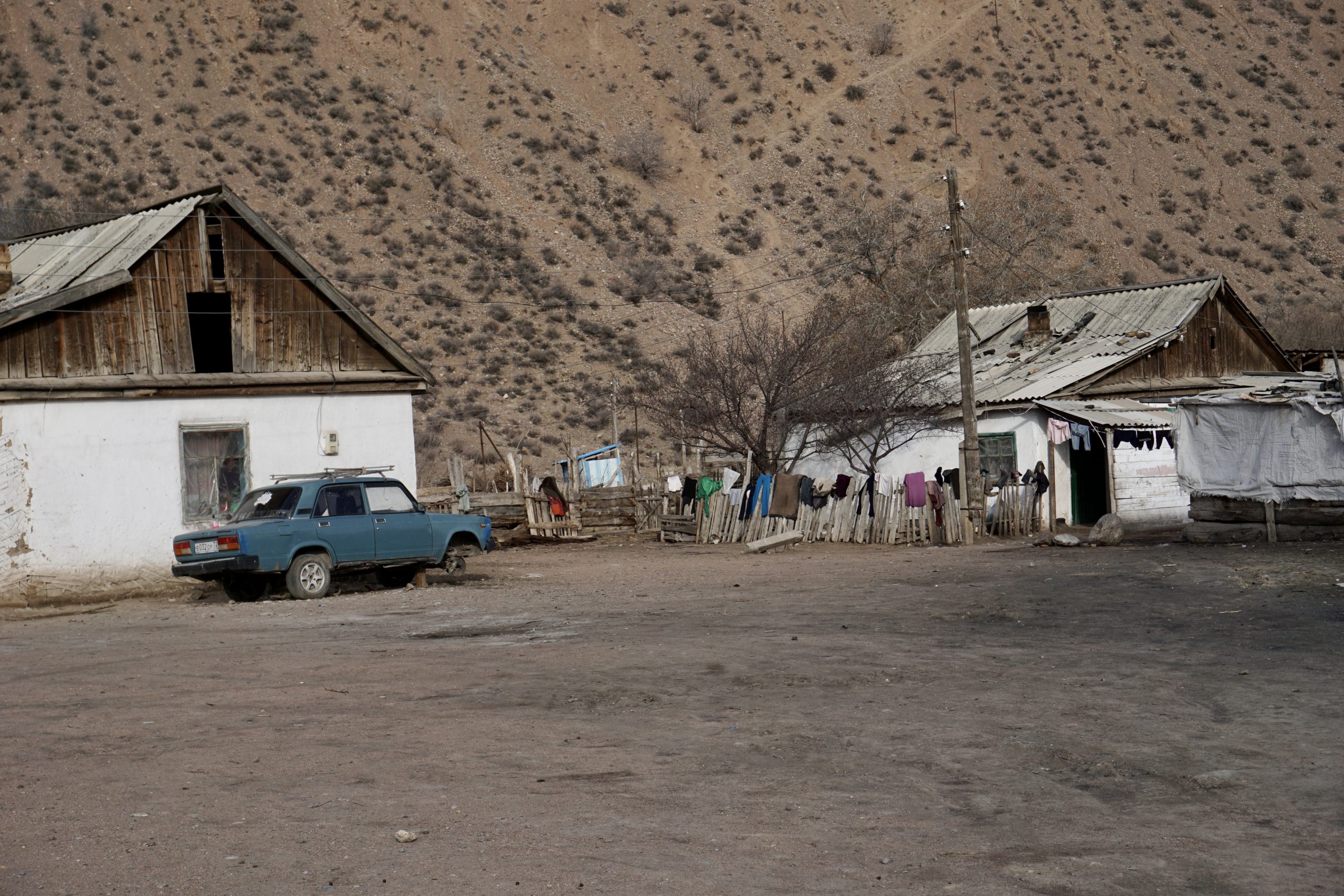 The path was not all that exciting to walk on at first, just a track uphill. 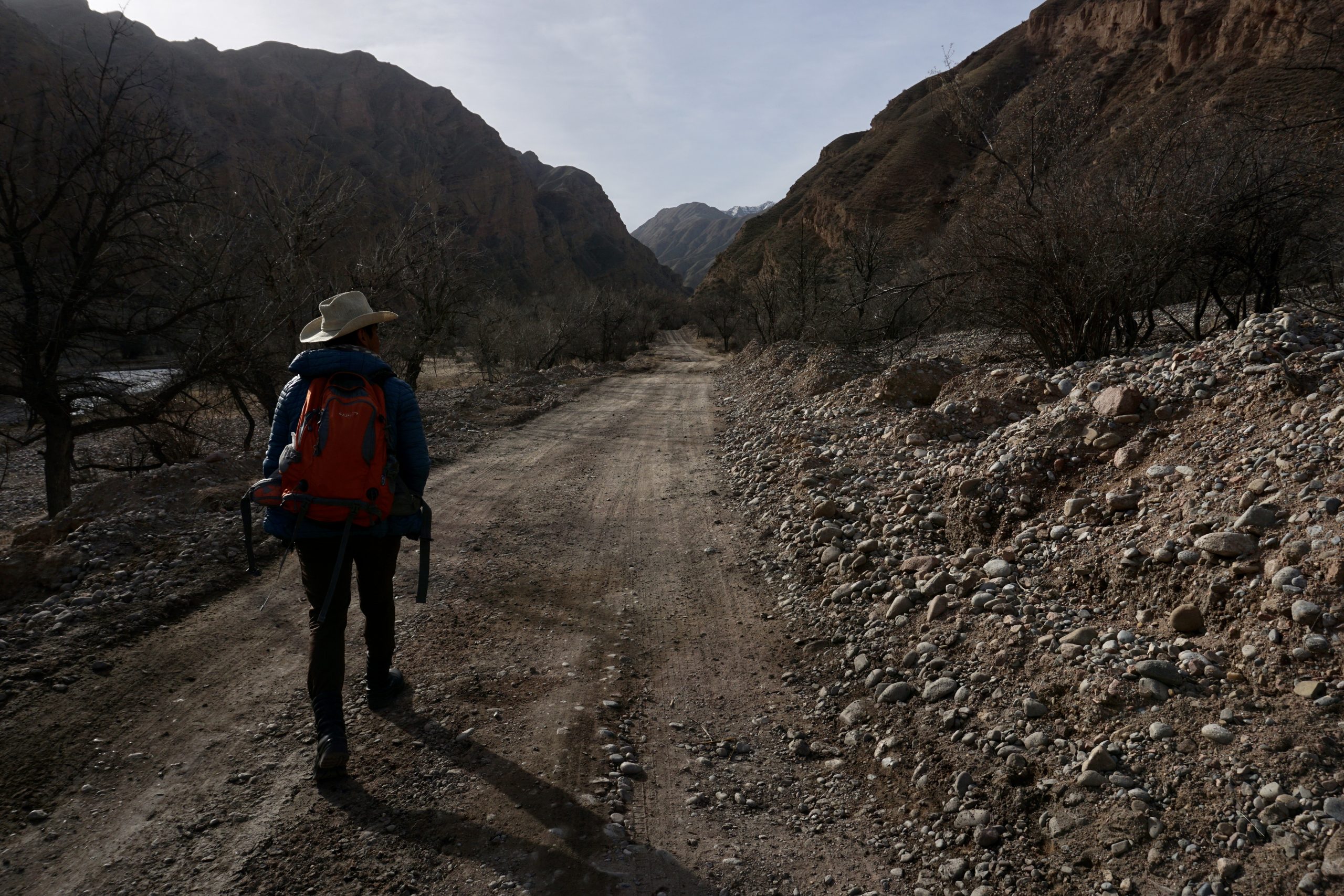 But what we saw there! Nature offered an extraordinary variety. And so we did not trudge laboriously uphill but marvelled left and right and in front and behind – and I took a lot of pictures. I am also fascinated by the shapes of the trees here – such beautiful trunks and branches that you can see wonderfully without the leaves. And there is a lot of that to see now: 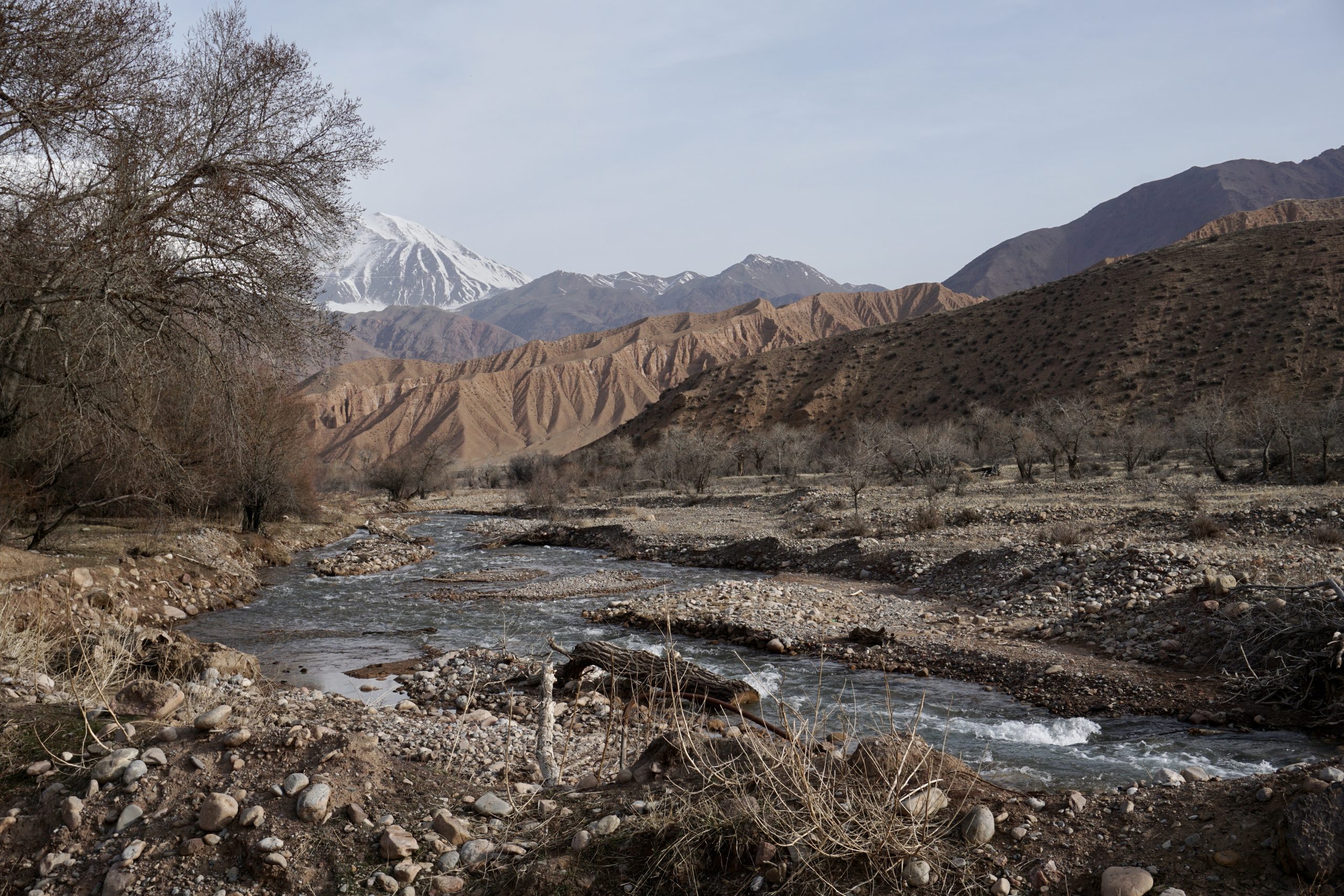 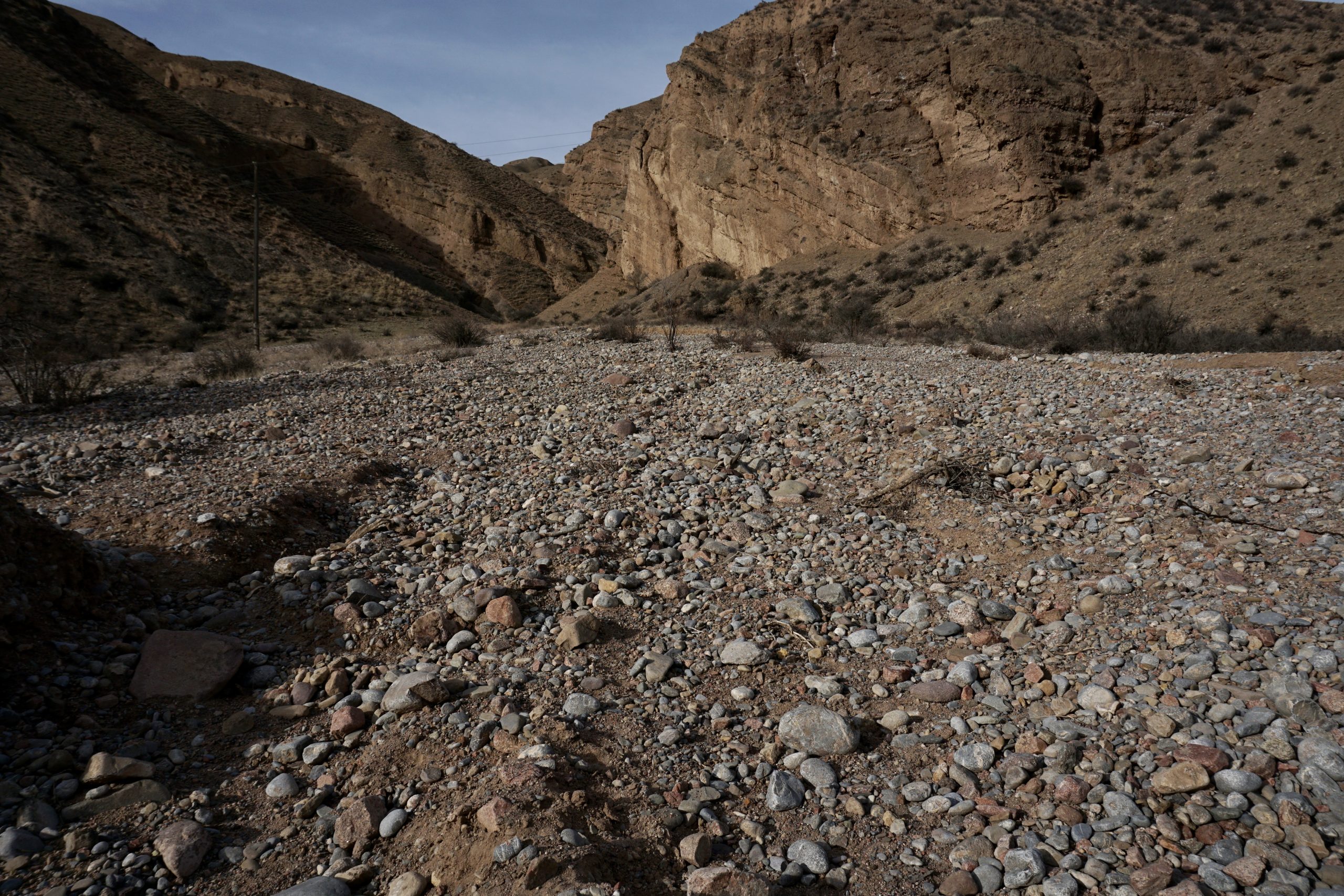 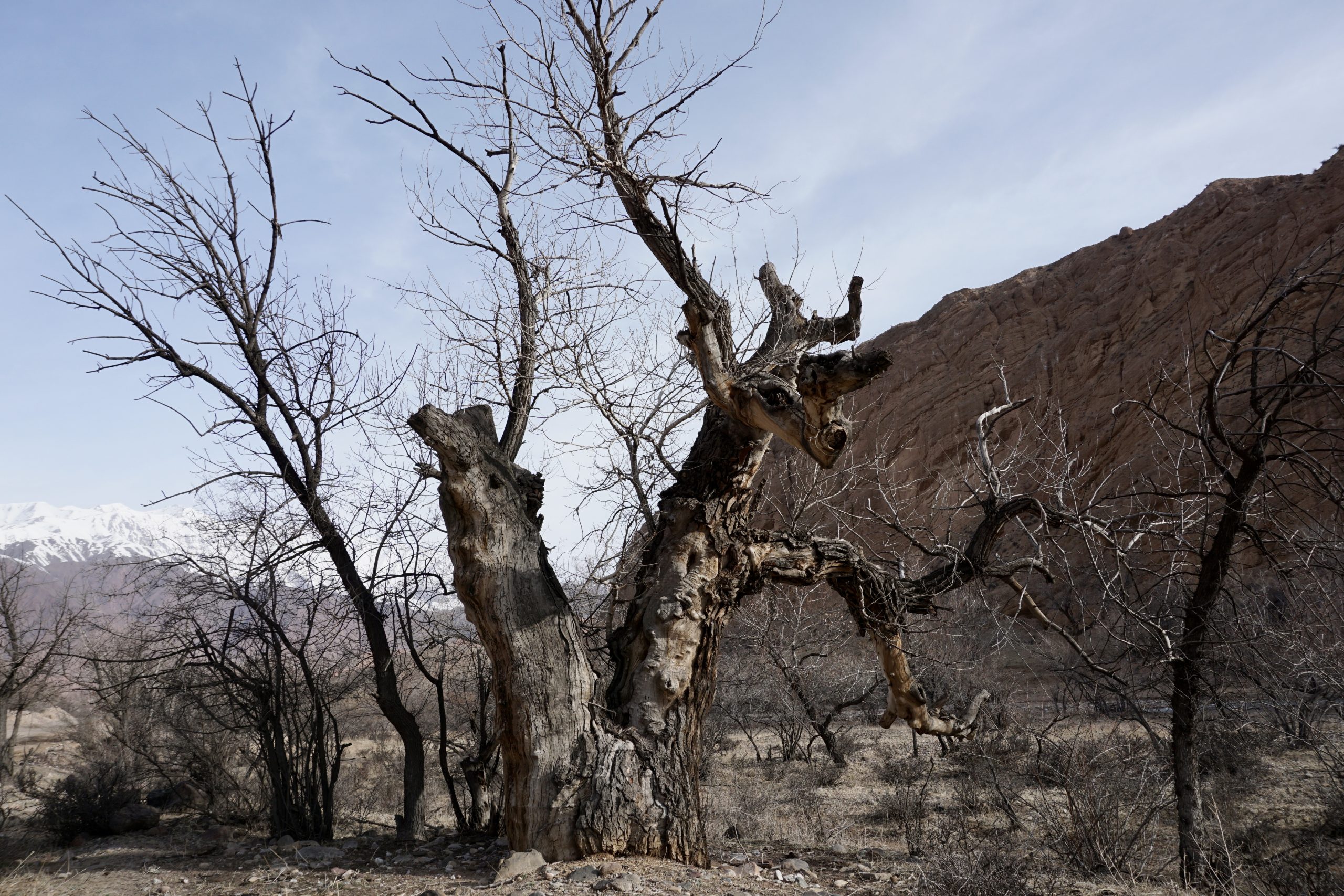 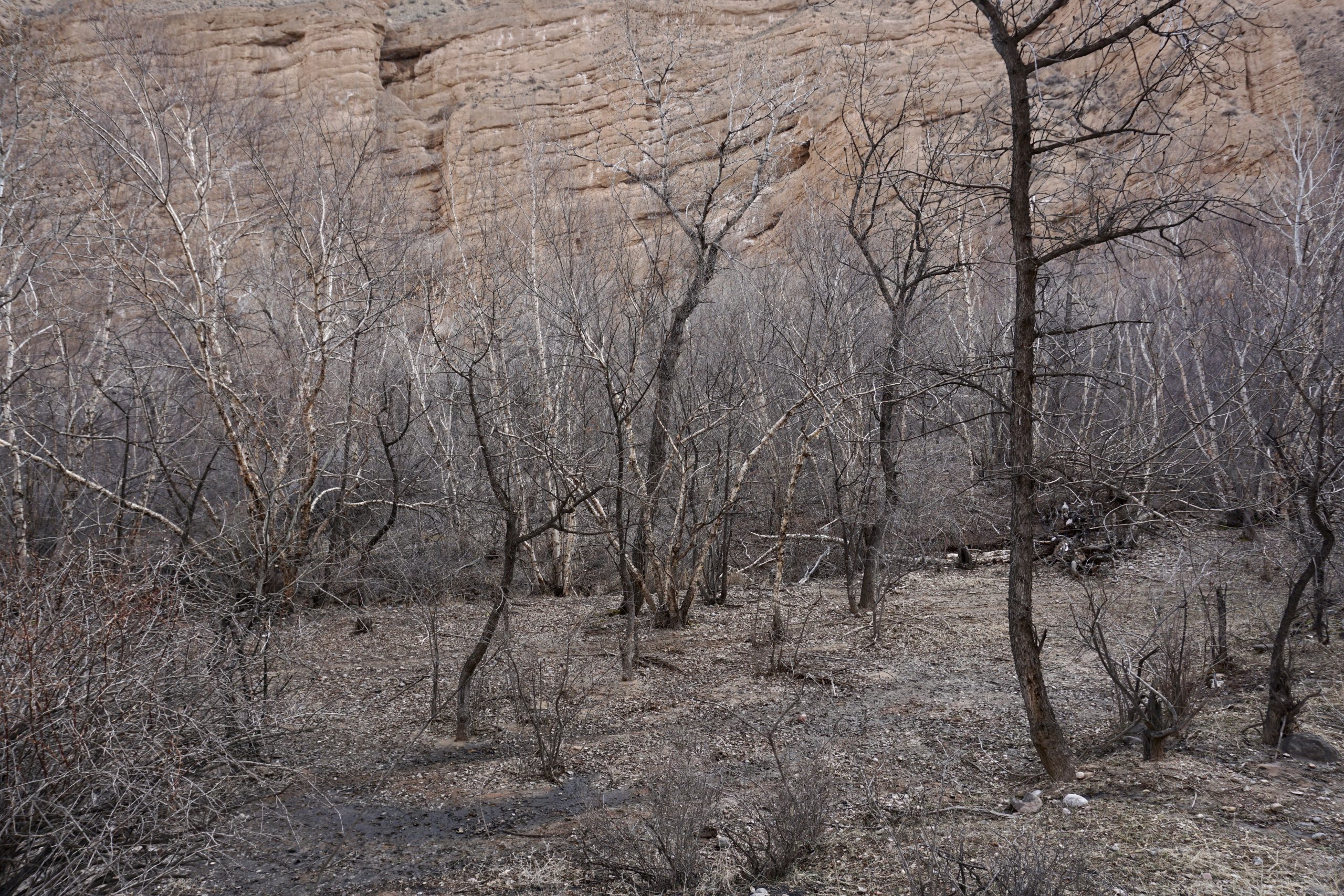 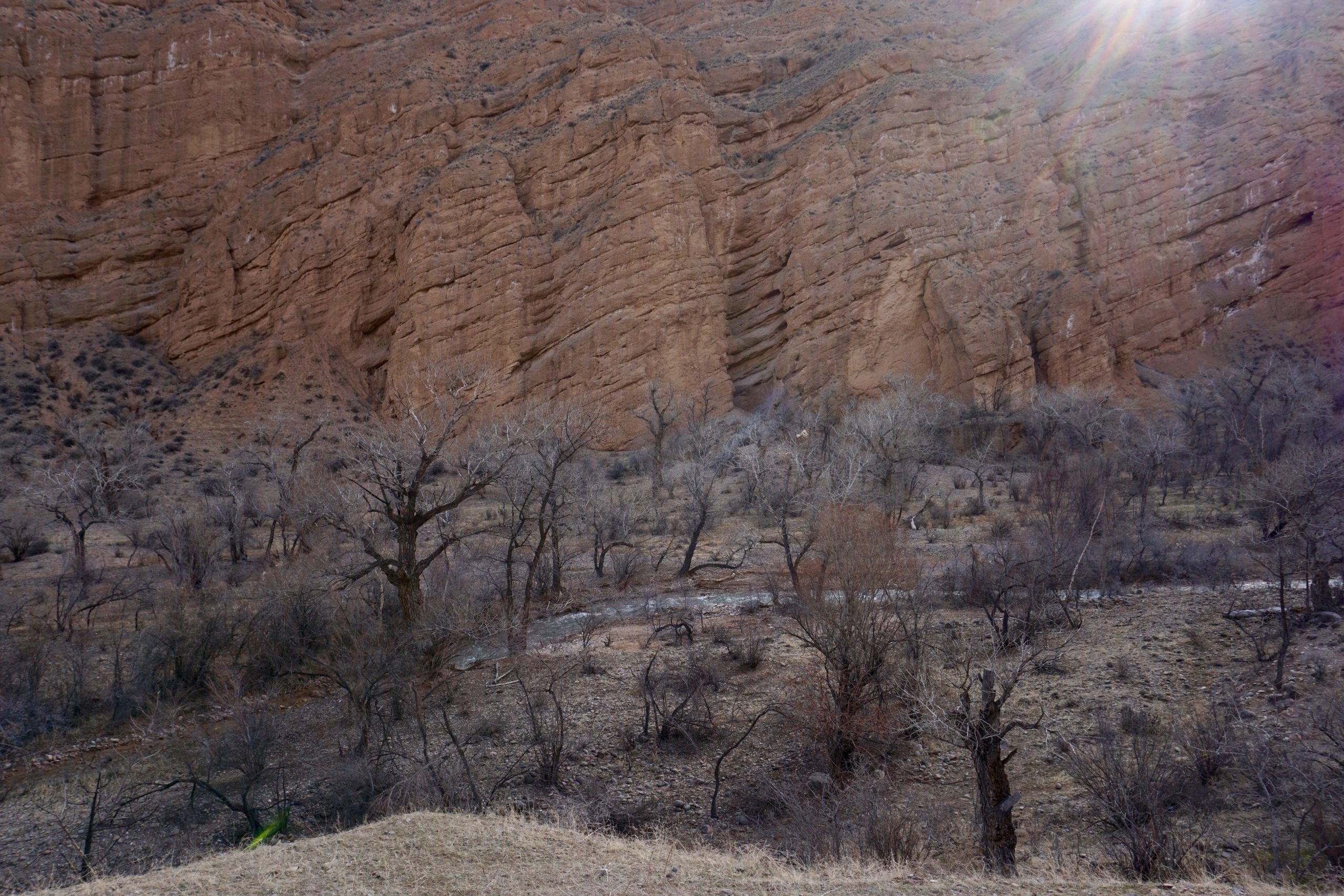 many trees with rock background 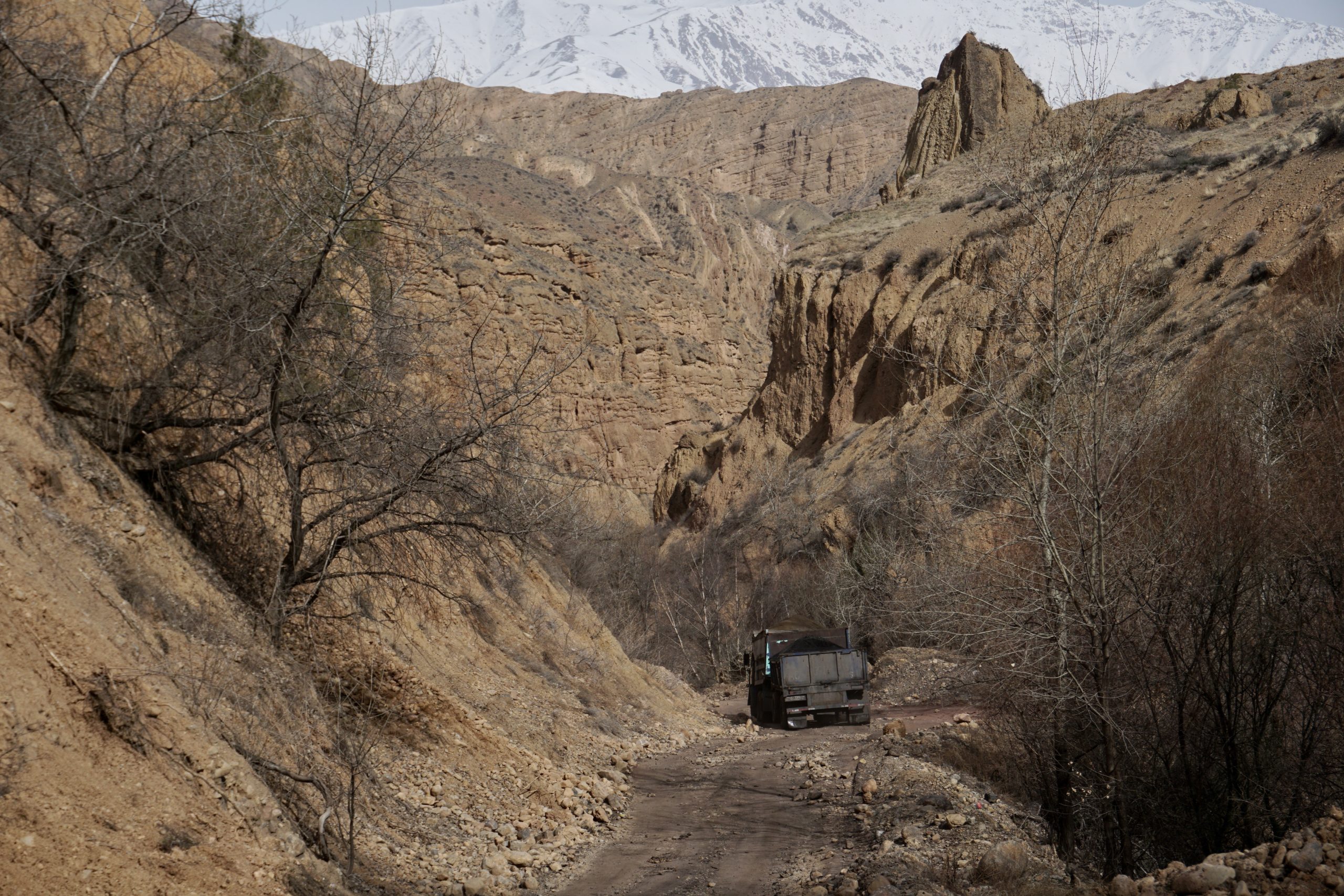 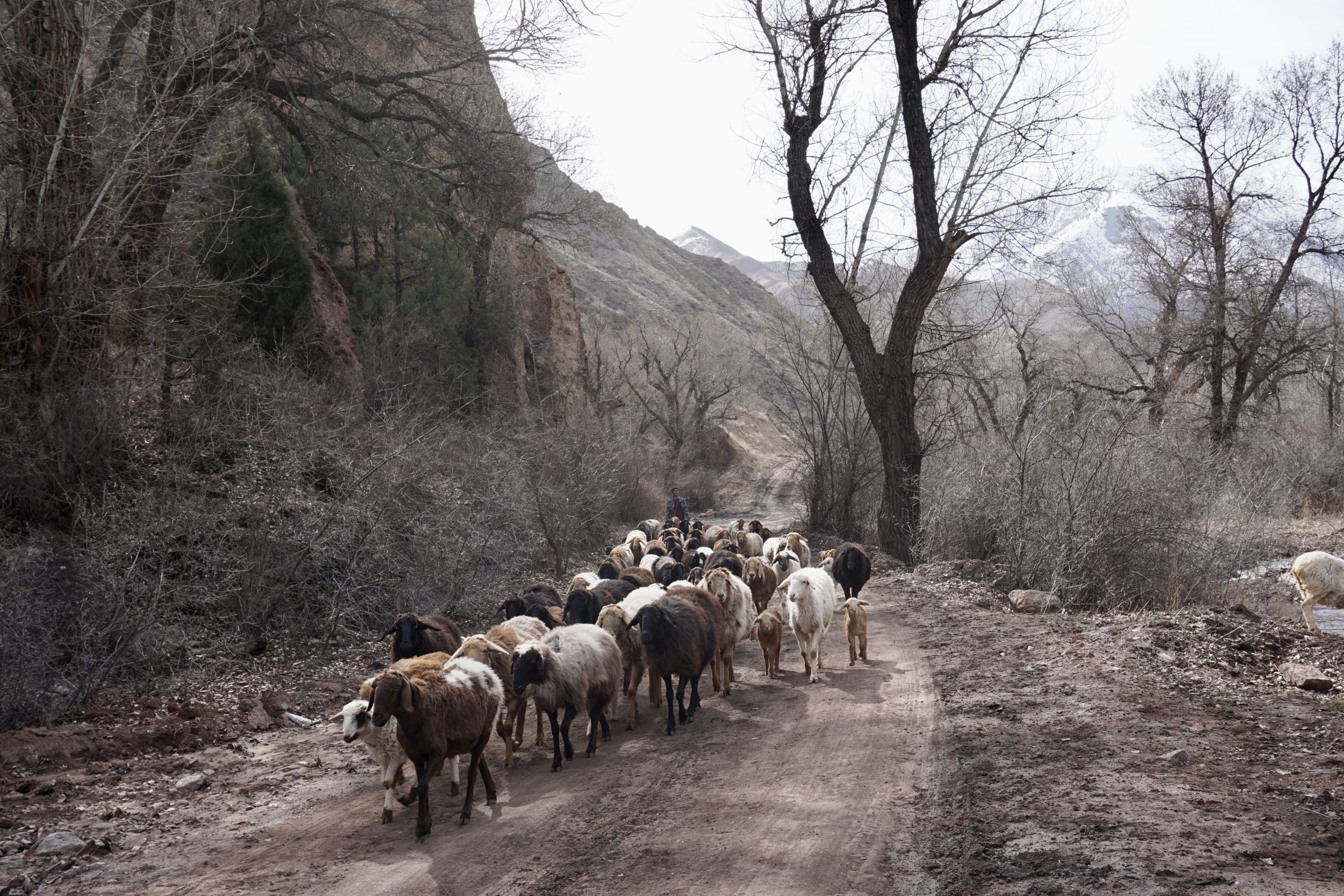 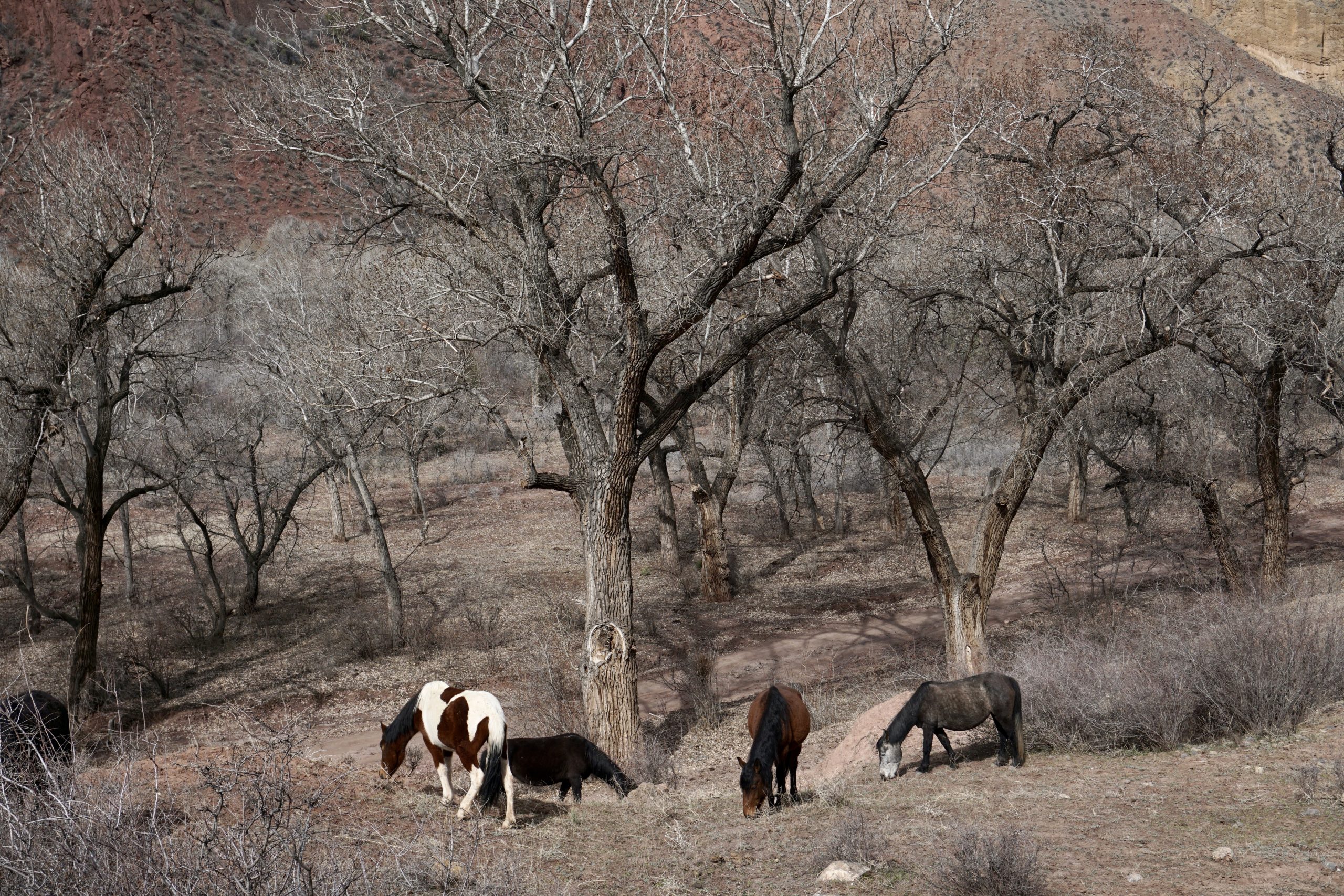 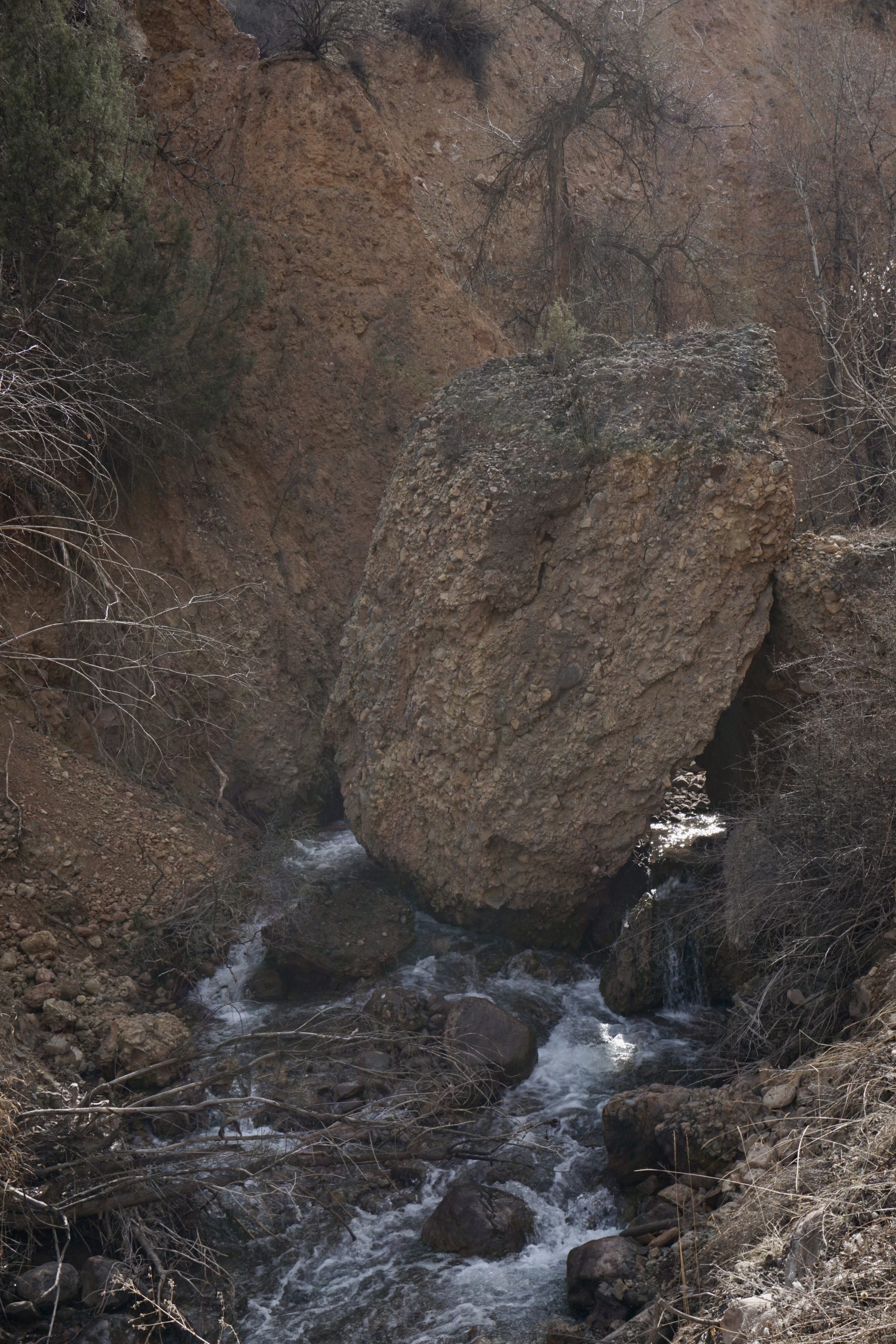 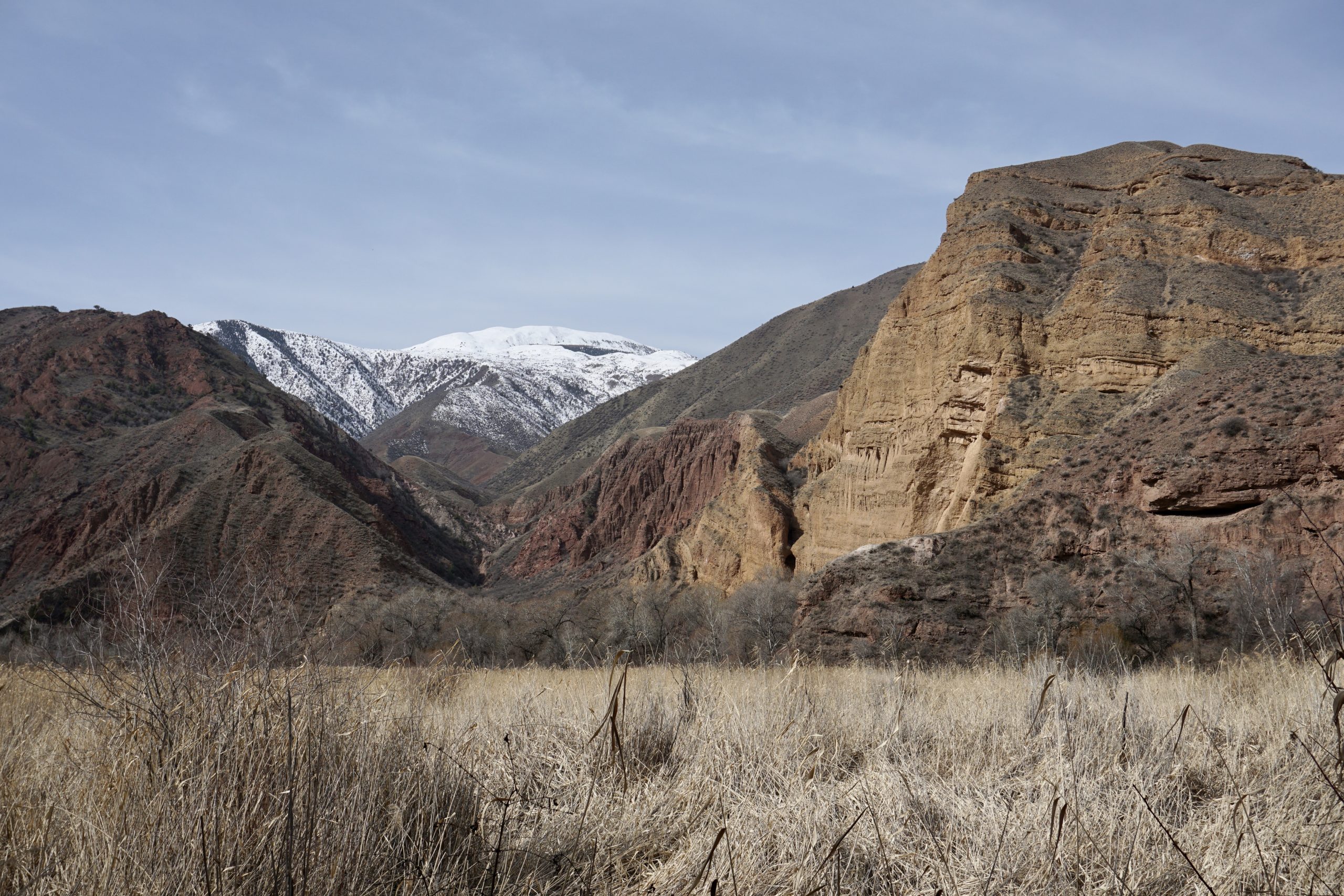 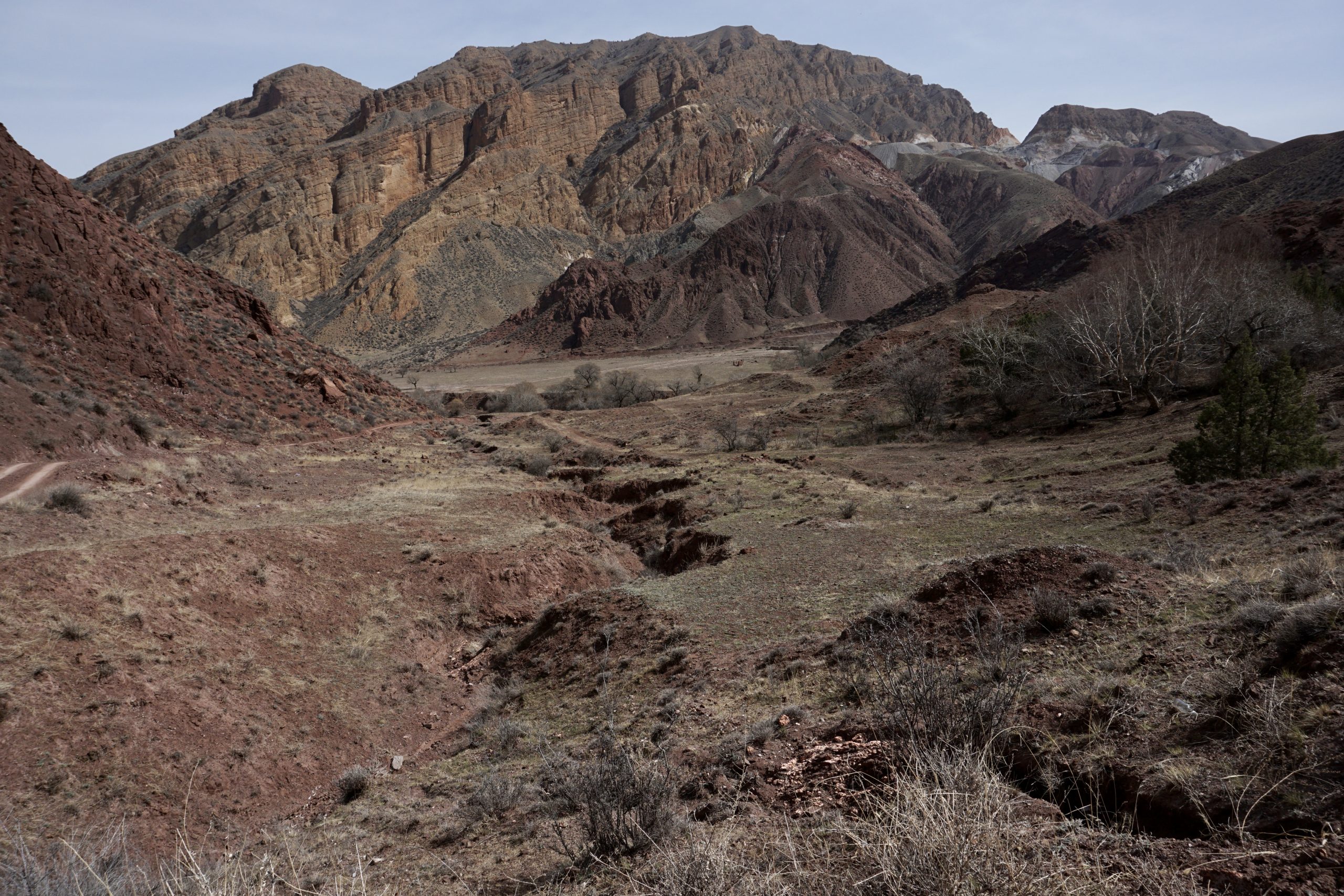 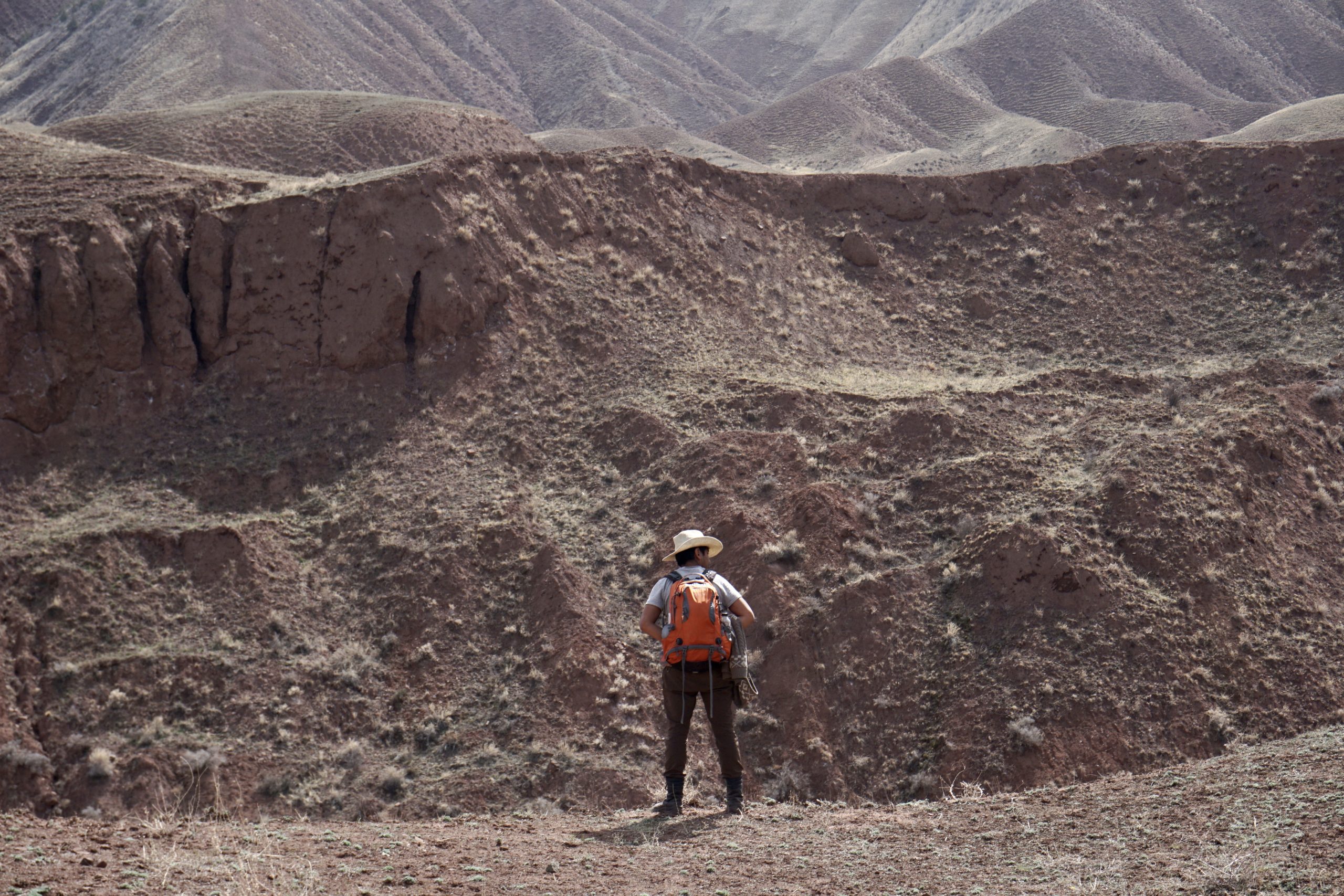 To solve it straight away: there was something! But what? Patiently waiting for the next blog post! There were also a lot of other things on this day – which is why it has to be divided into 2 parts.