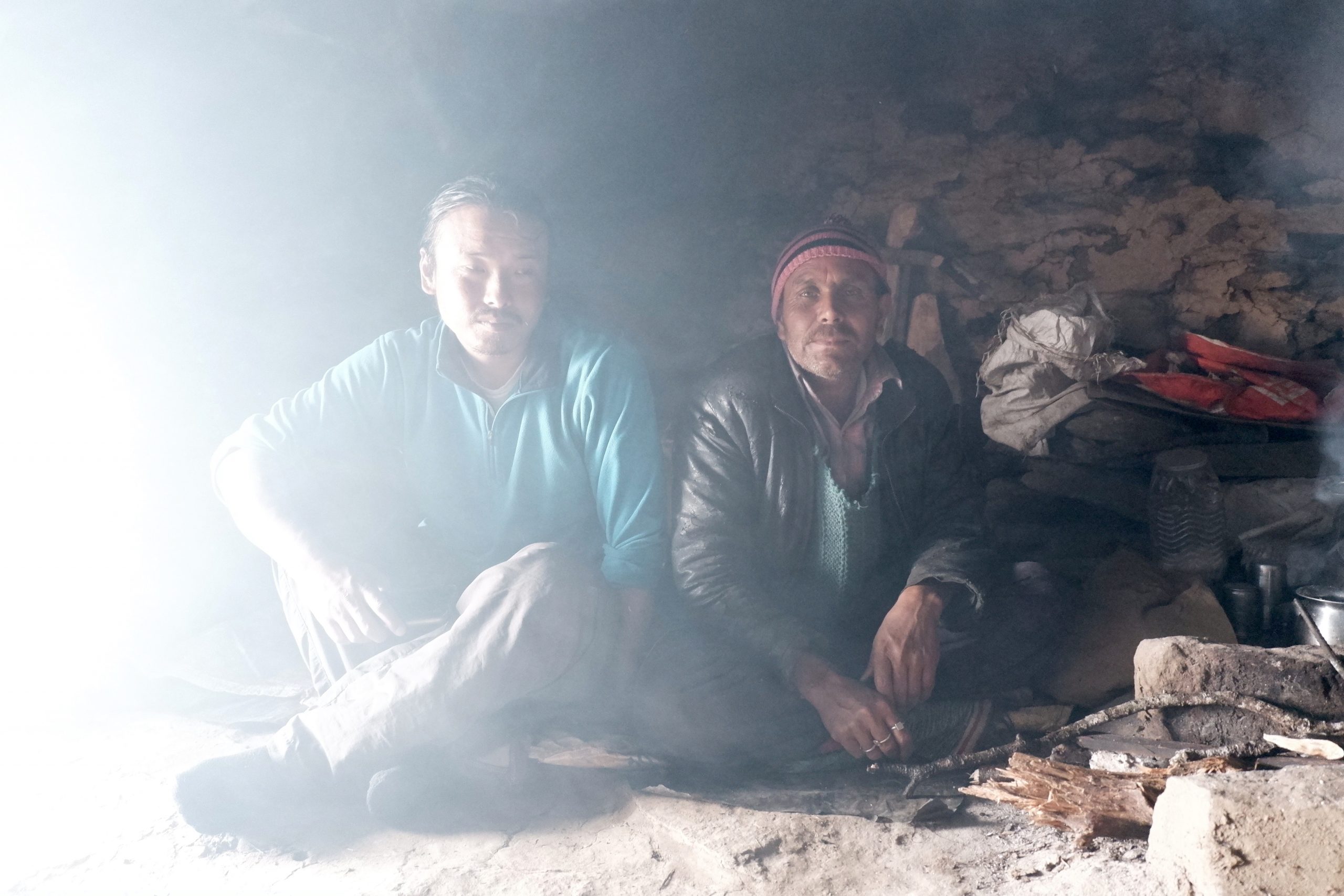 Unfortunately, the sky looked modest the next day. But when you are already there, you have to do something. So we packed our backpacks, went by motorbike to Auli and started there for a hike. 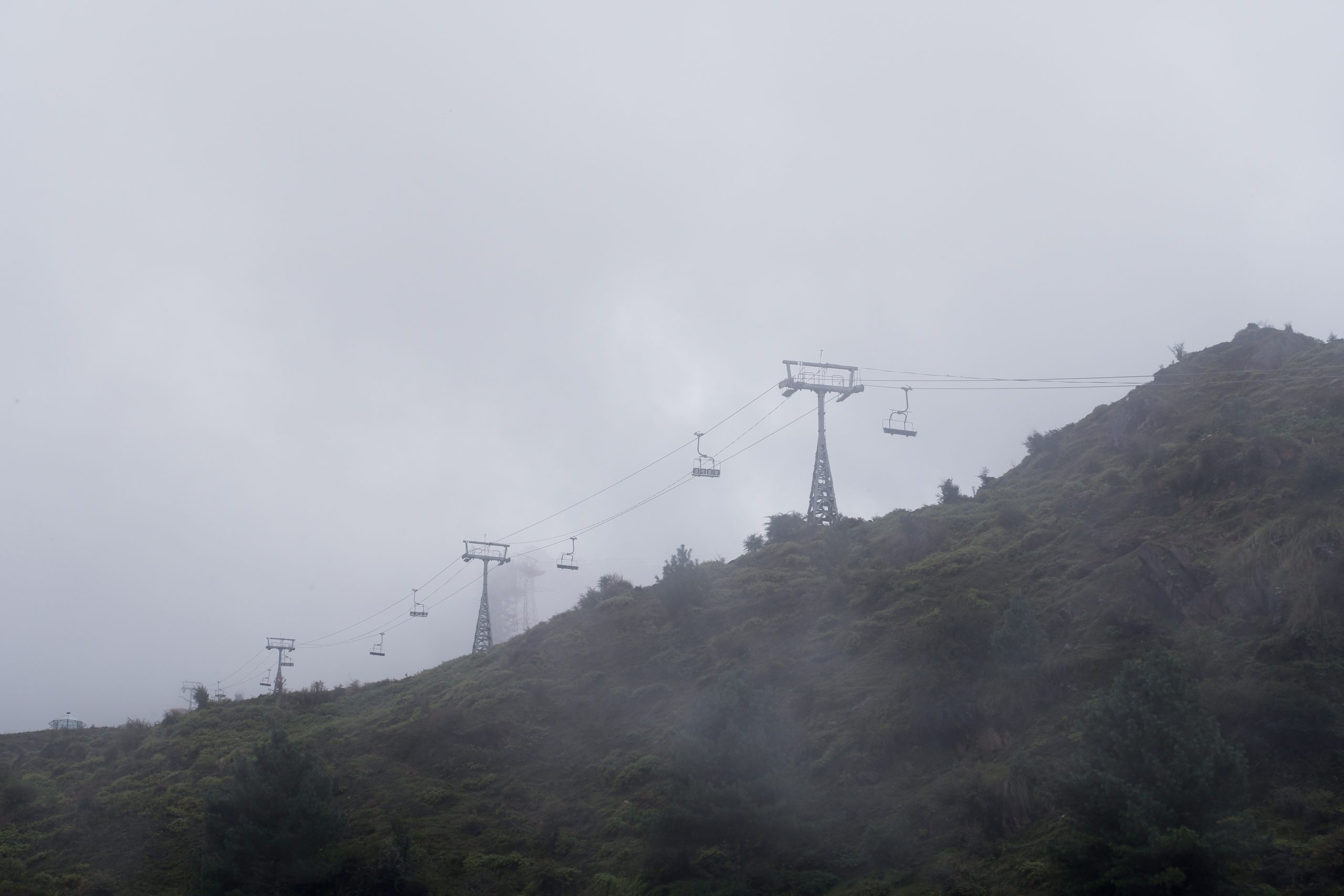 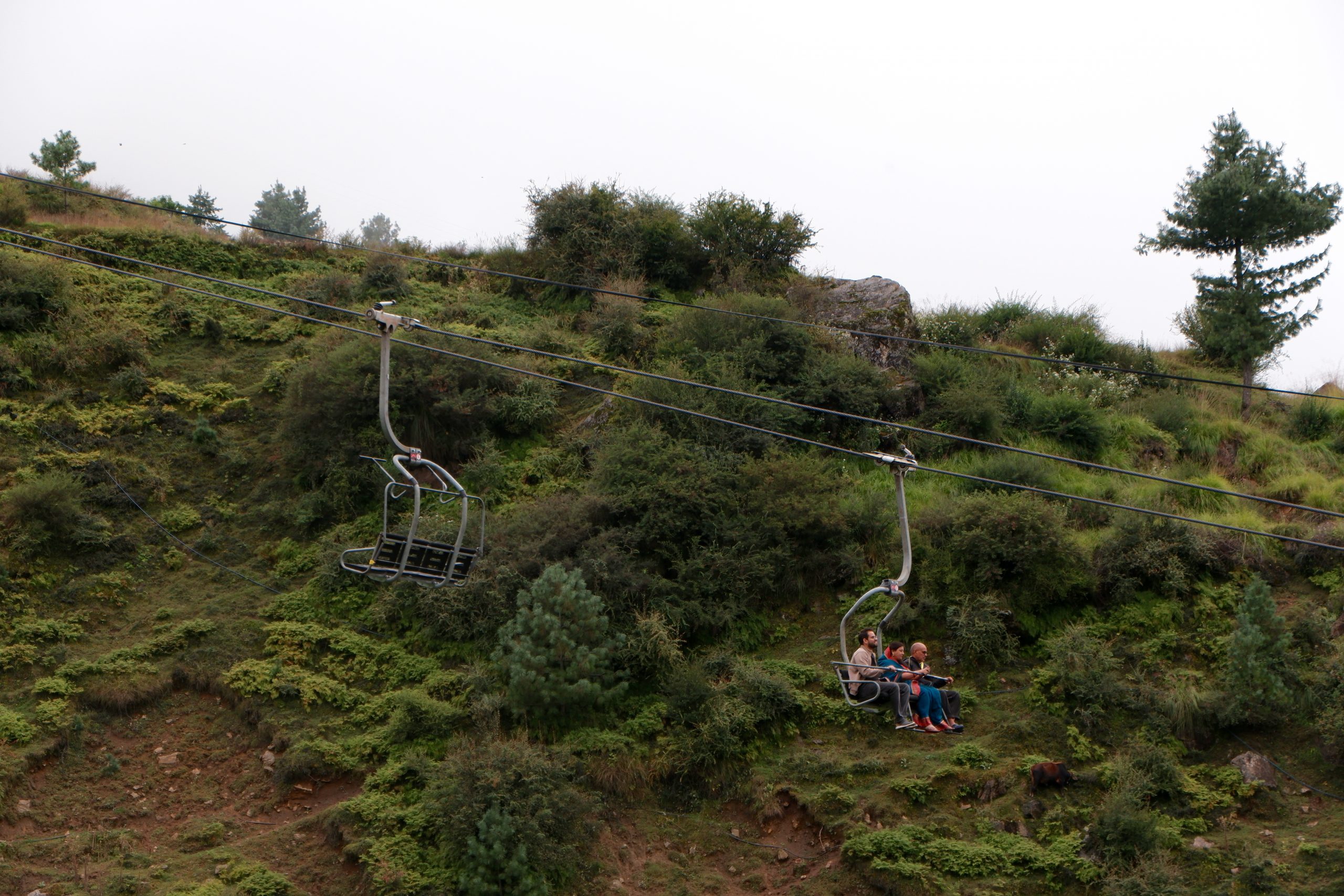 In this area there are also various quarters etc. of the Indo-Tibetan Border Police. Some of them were doing some kind of exercises. 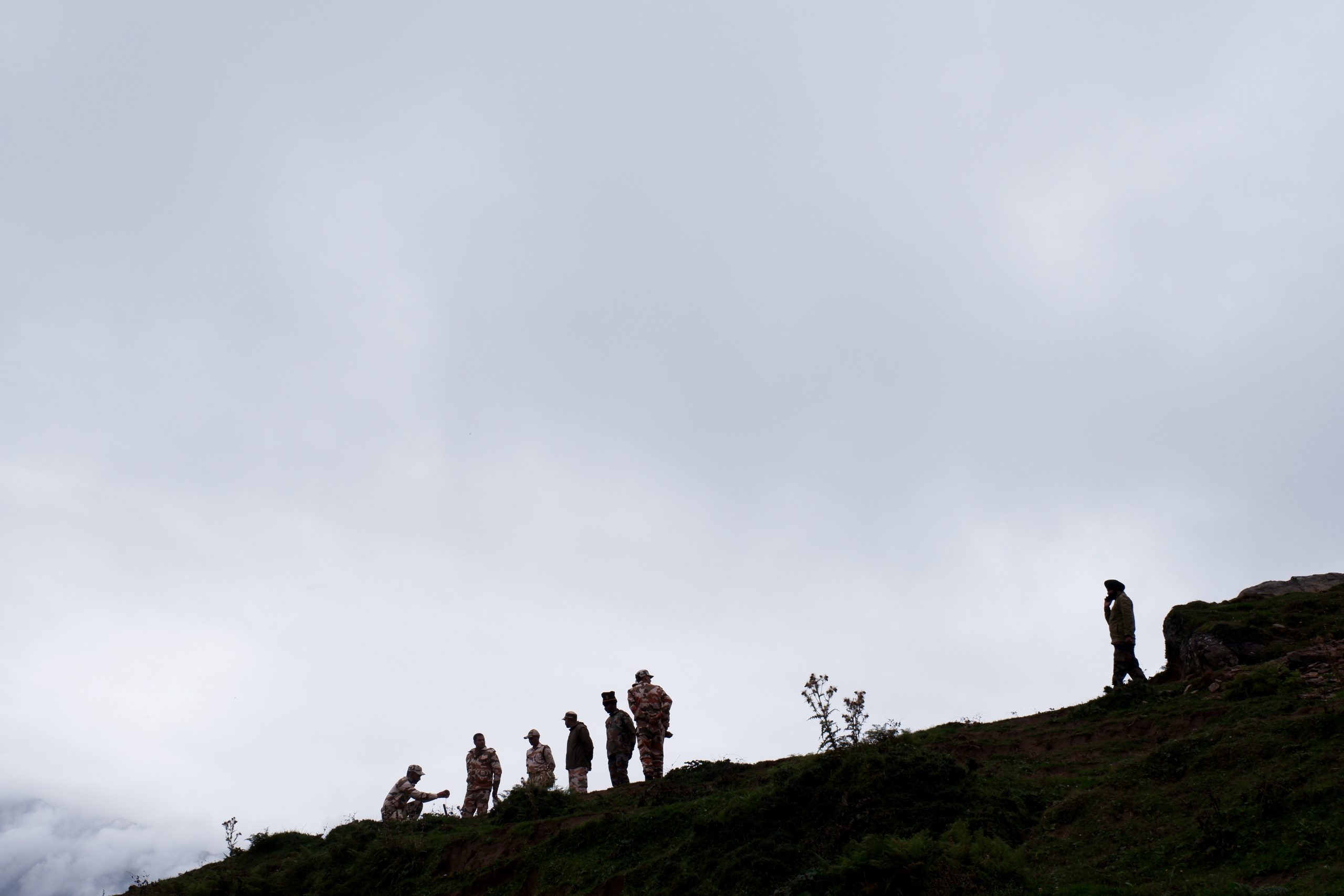 Further up we met the ropeway terminus. There we drank tea and coffee, chatted with the people who run the café there and have a special place to sleep and watched people arriving by cable car. 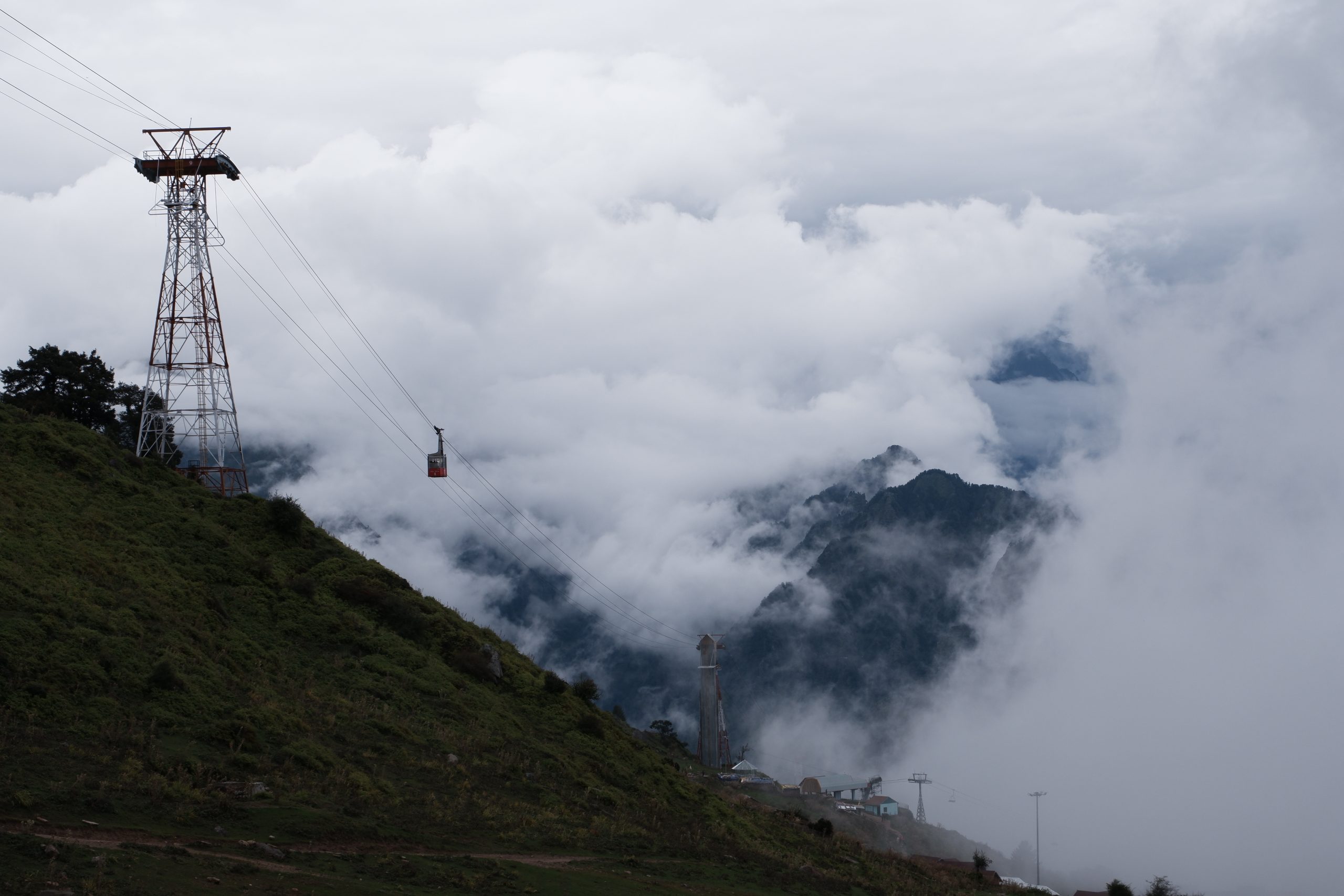 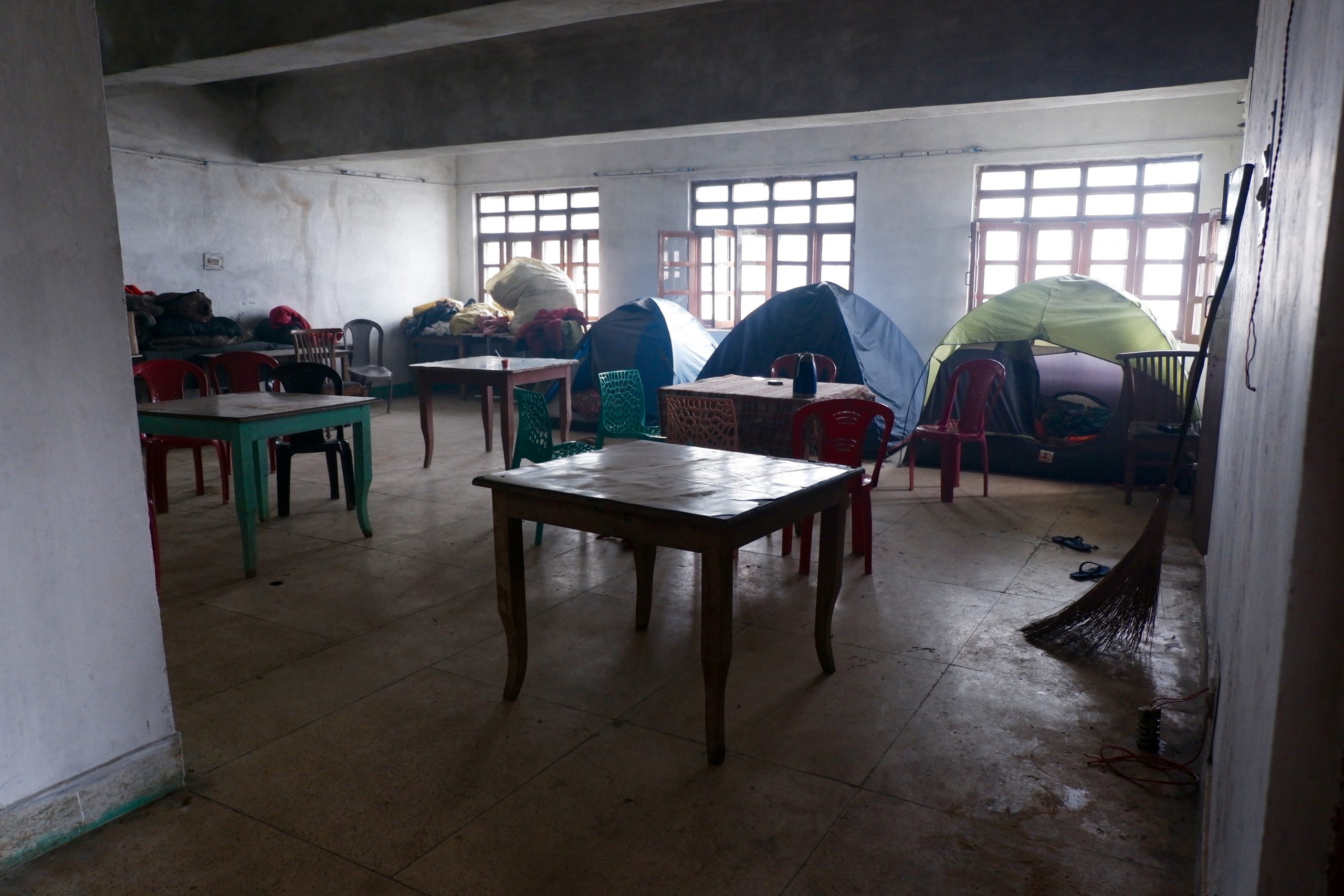 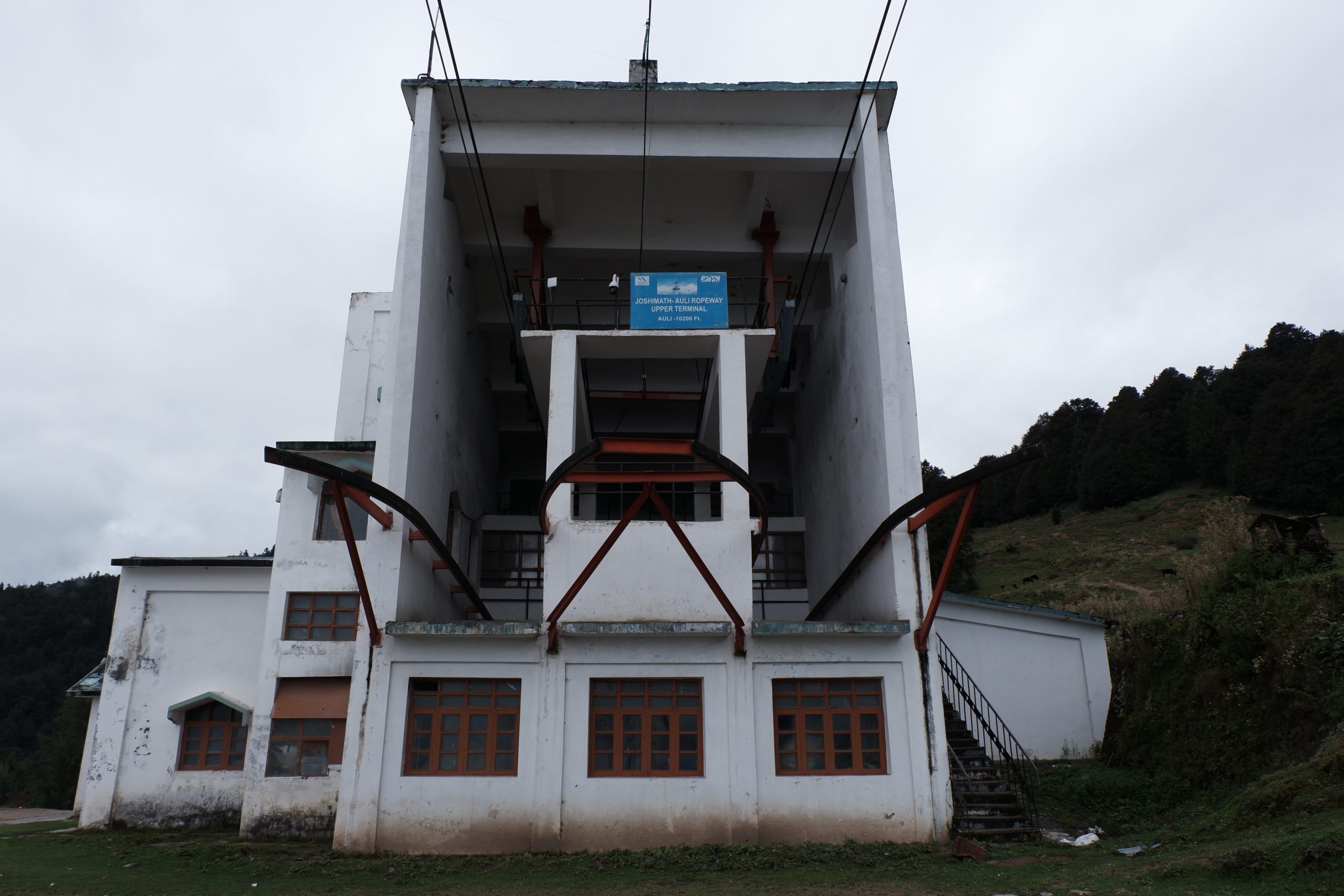 There was also to see: a kind of mud lake with a stinking dead cow and a water reservoir, not stinking. 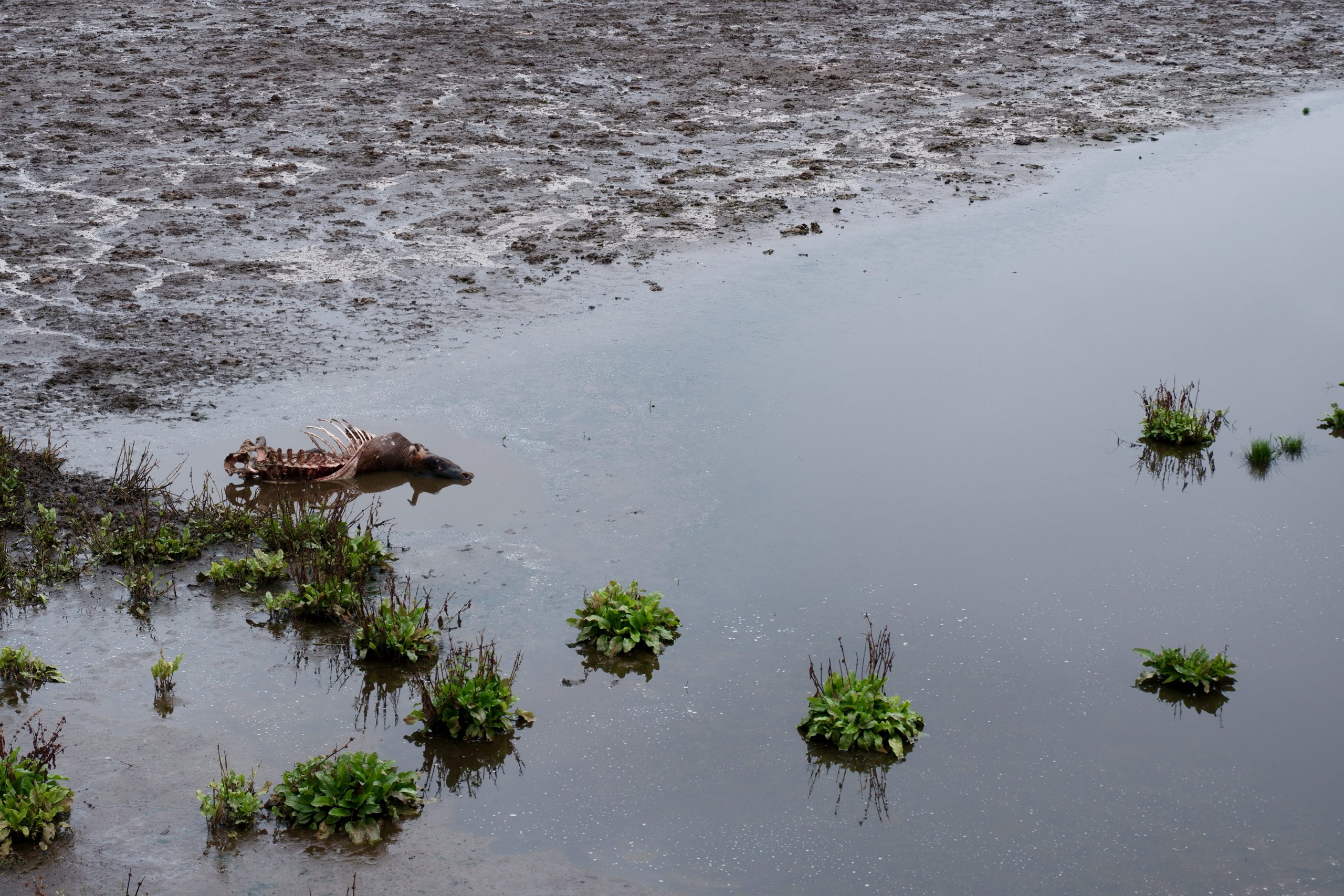 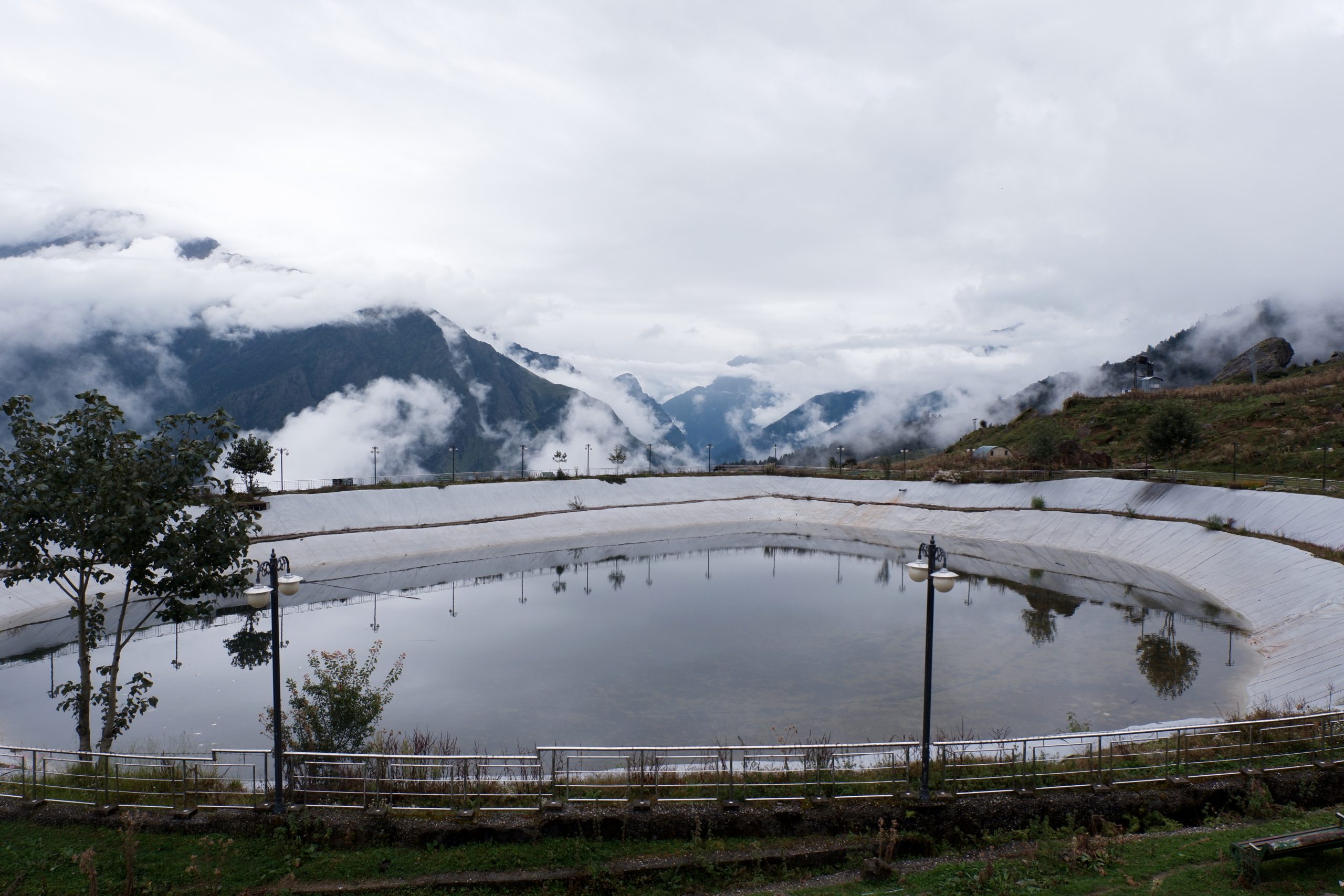 Then we hiked up through a pretty forest. There are the super-pretty Gorsong meadows with a view of Nanda Devi, the second highest mountain in India. However, we did not see Nanda Devi, only the clouds in front of it. 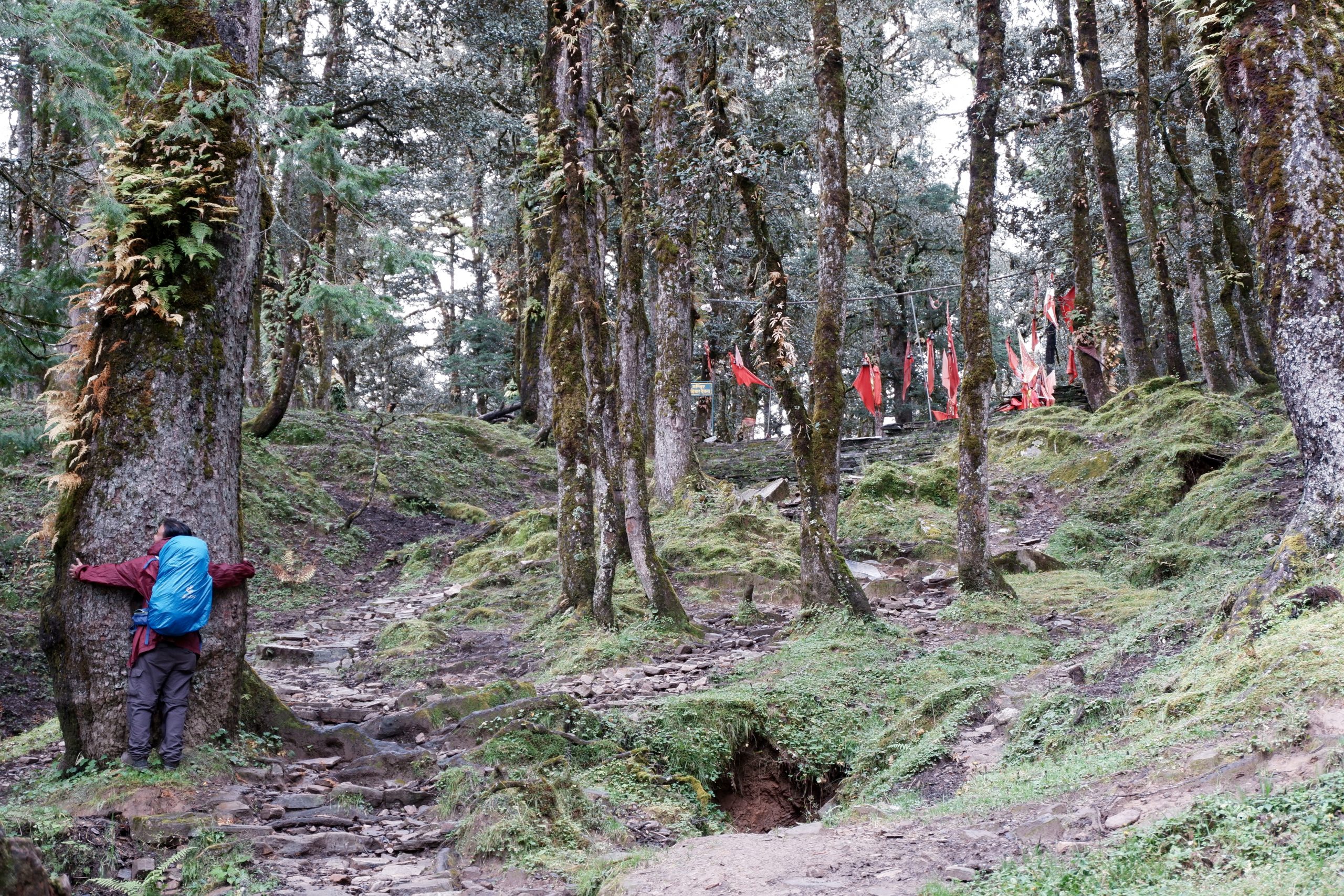 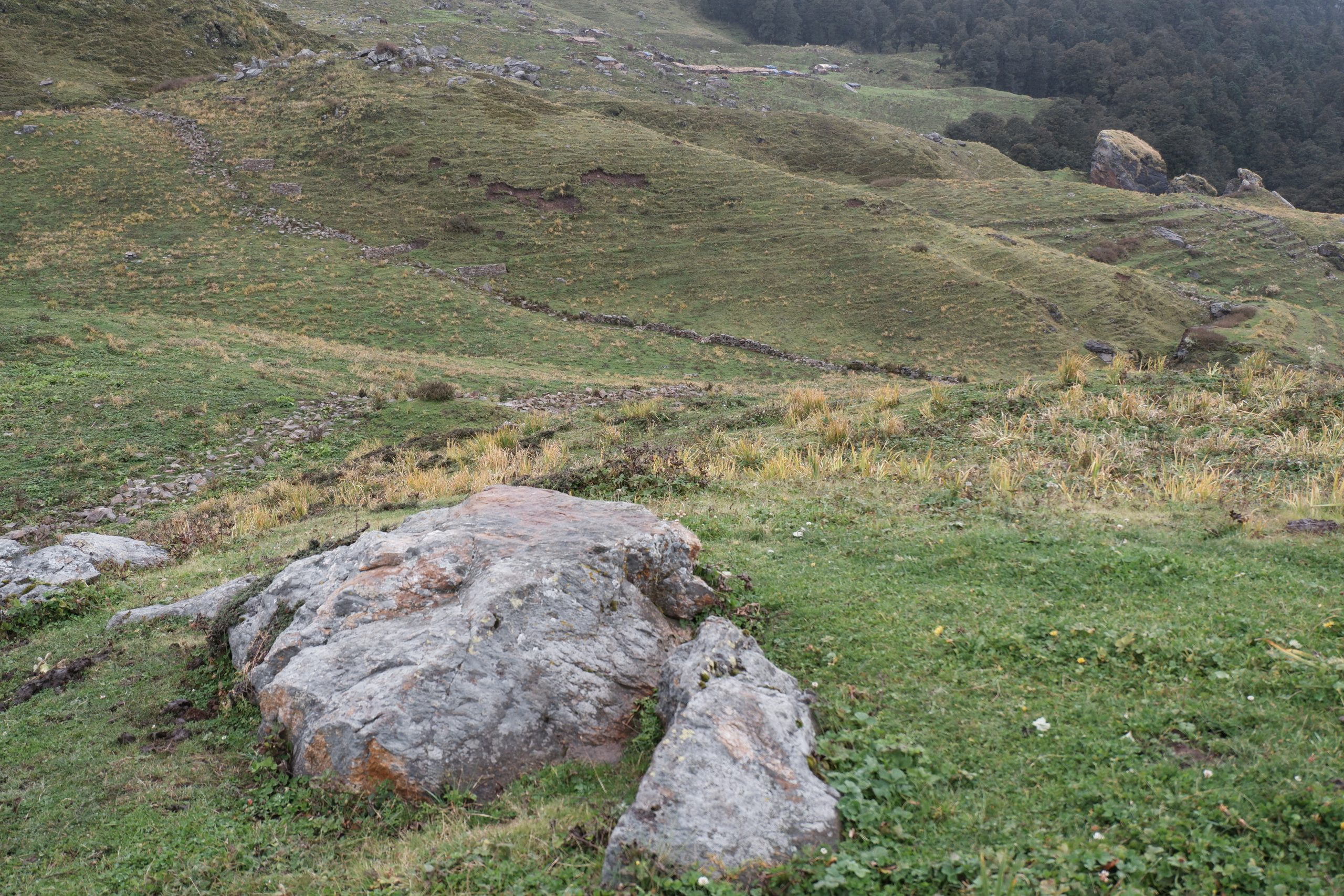 It started to rain and rain and rain and we couldn’t see any mountains. This was sad, as one suspects that this is a super-beautiful place where one would definitely want to linger or romp around or do something else. At least we spotted a small cluster of huts and smoke was coming out of one – so there we went!

In this hut, an elderly man was lying under his blanket, but rose when we arrived and started making tea. He wanted rather less of our biscuits, he had just eaten. He was a little taciturn, but we managed to elicit the following from him:
– he owns three oxen that graze here. He hires them out with him to plough. In return he gets INR 700 per day and food and drink.
– The land where the huts are, is private property, so you don’t have to pay taxes to anyone. Further back, the land belongs to the government, so it is regulated differently.
– he has two children, they don’t want to follow him
– he is only up here in the summer and also looks after the neighbour’s cattle. 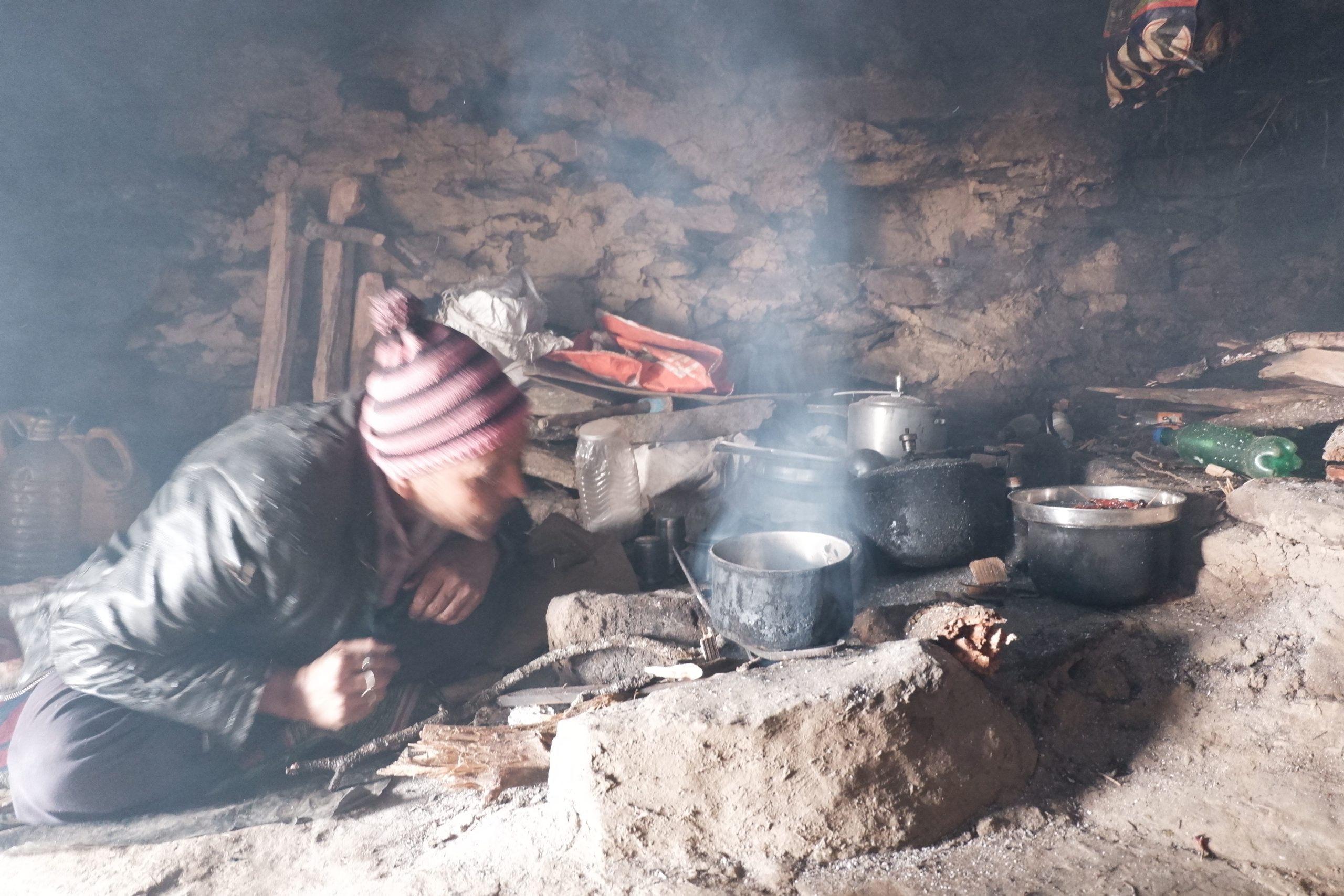 You can’t stand in the hut and you are completely smoked in. There is no pull-out upstairs because of the rain. Therefore we did not stay forever. 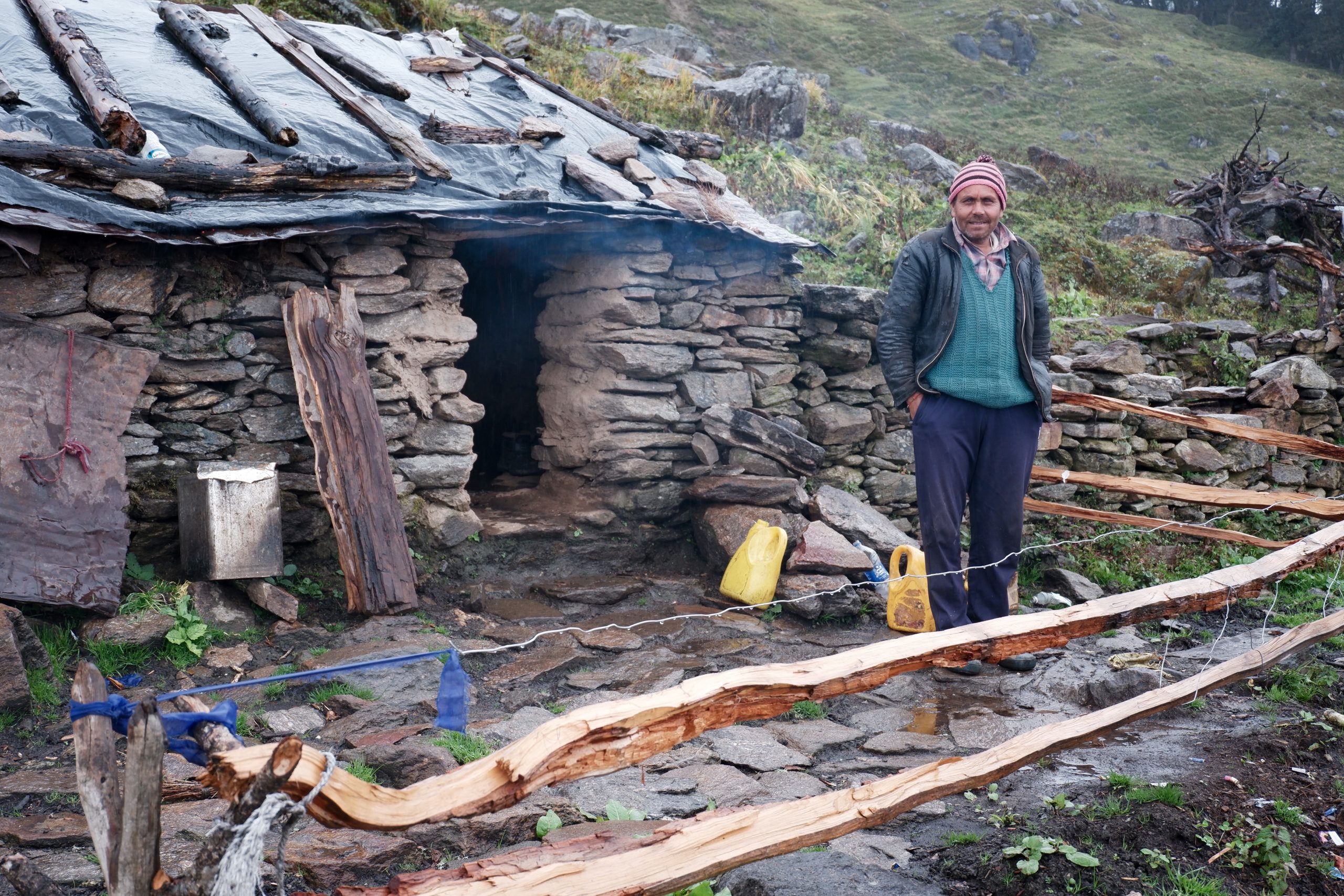 man in front of hut

Our visit was noticed by the neighbour a few huts away. He grabbed his broken yellow umbrella and jumped out at us eloquently, luring us into his hut, which he shared with his 80-plus father, and then there was tea and conversation. It looks similar for the two of them – except that the father has been up here since he was 8 years old and is also responsible for the forest temple, which you can see in one of the photos above. The generation after that, however, is not really interested in continuing it. 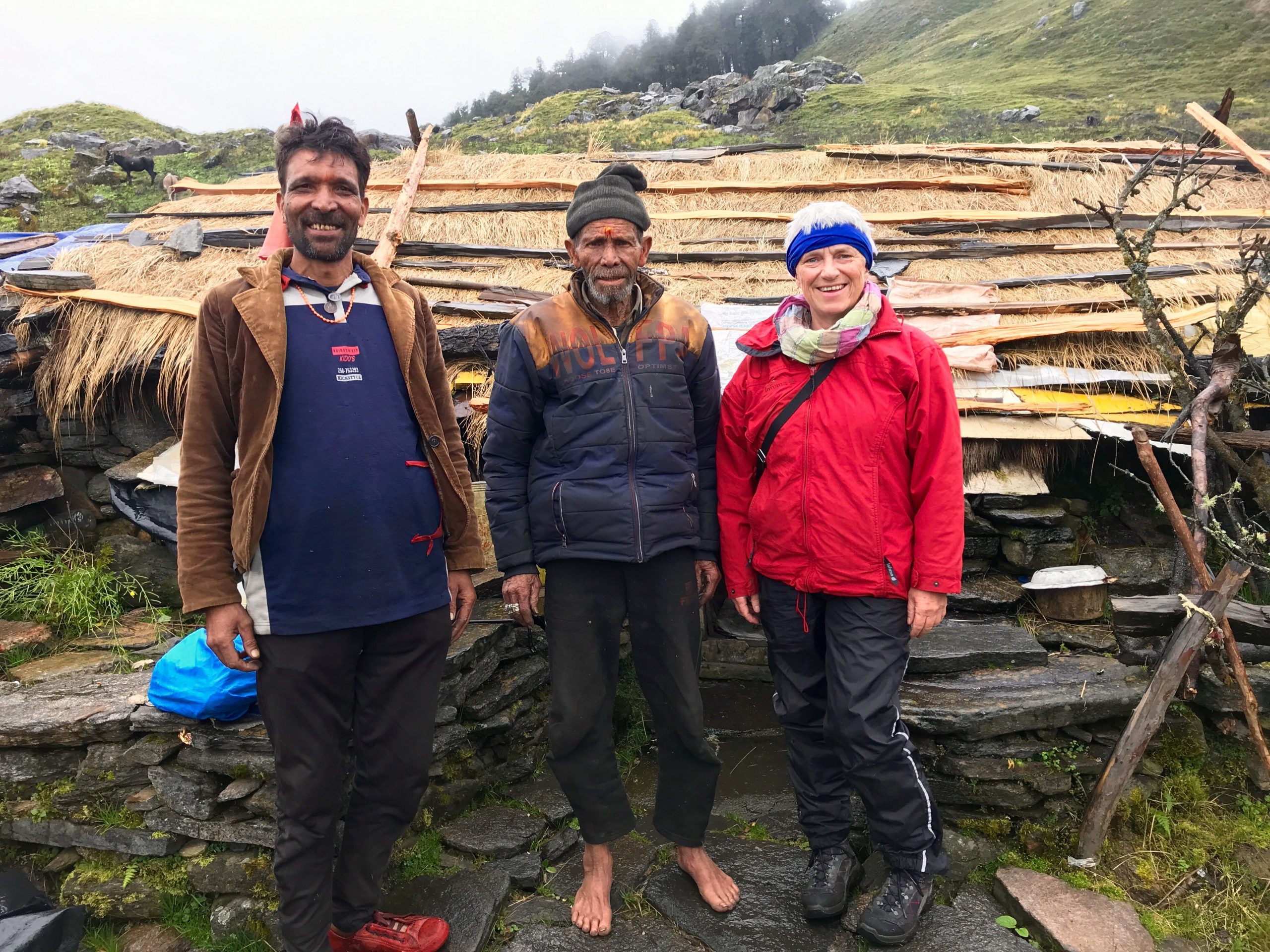 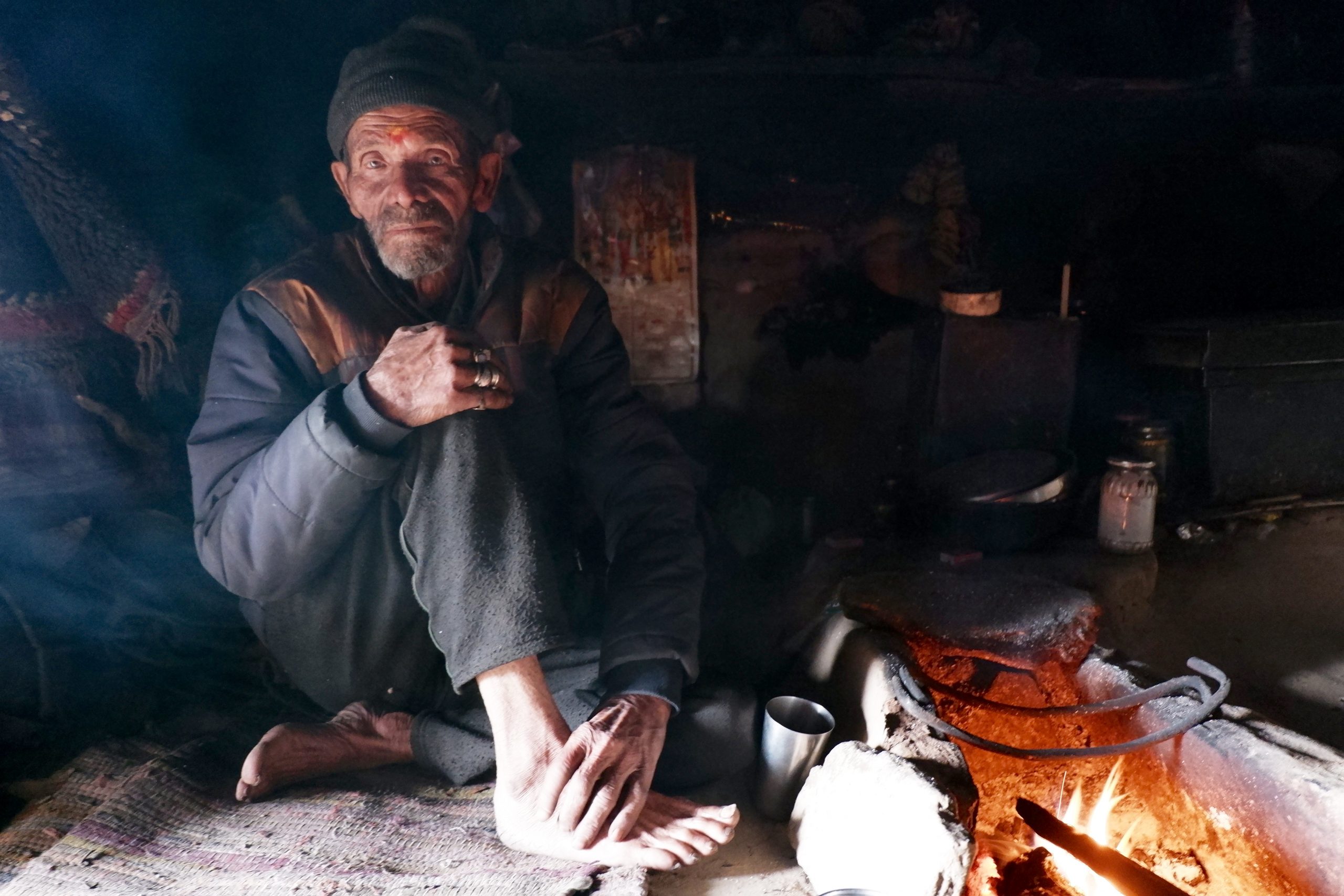 Then we made our way back through the beautiful forest. The rain slowly subsided. 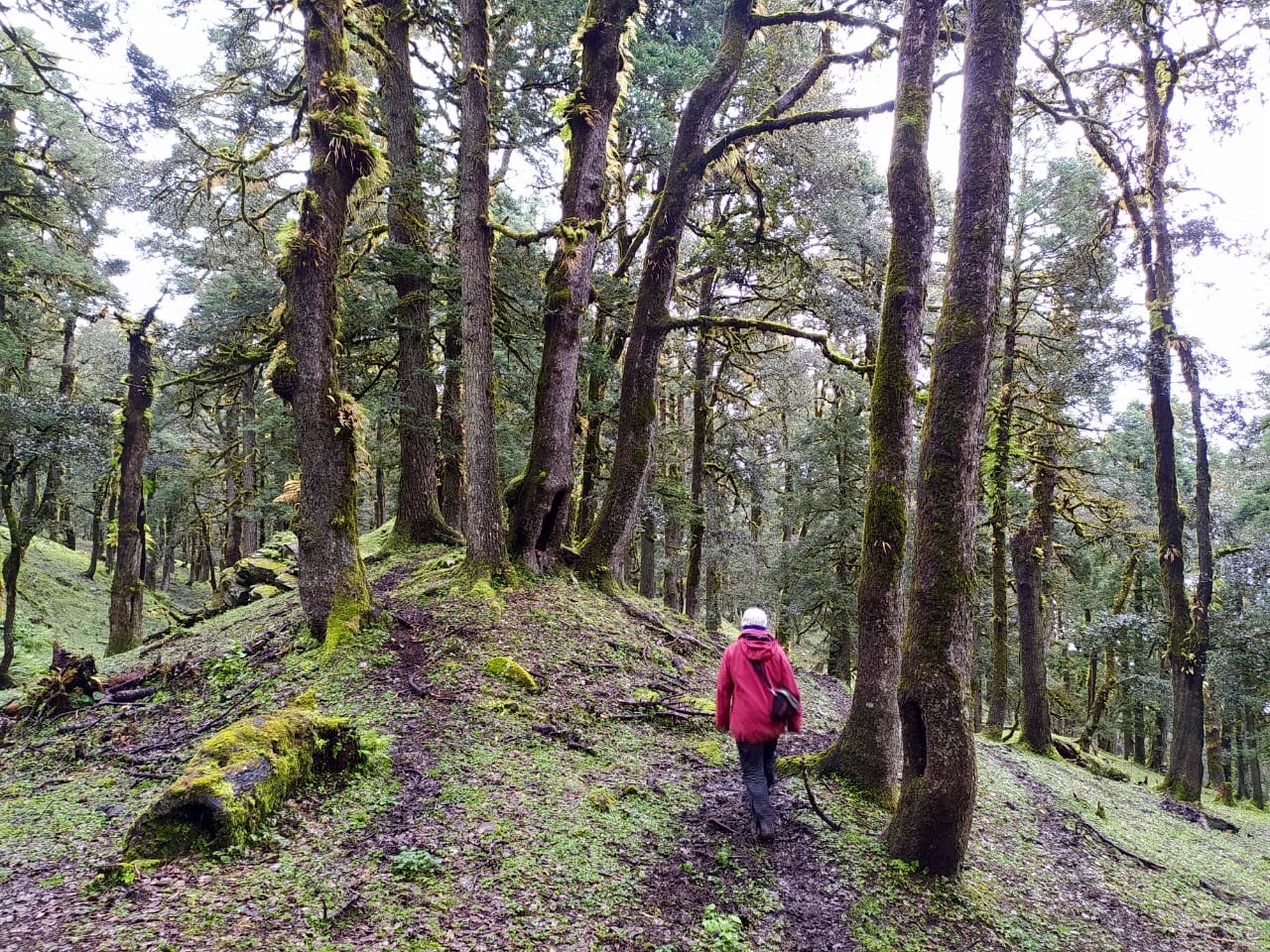 me in forest without rain 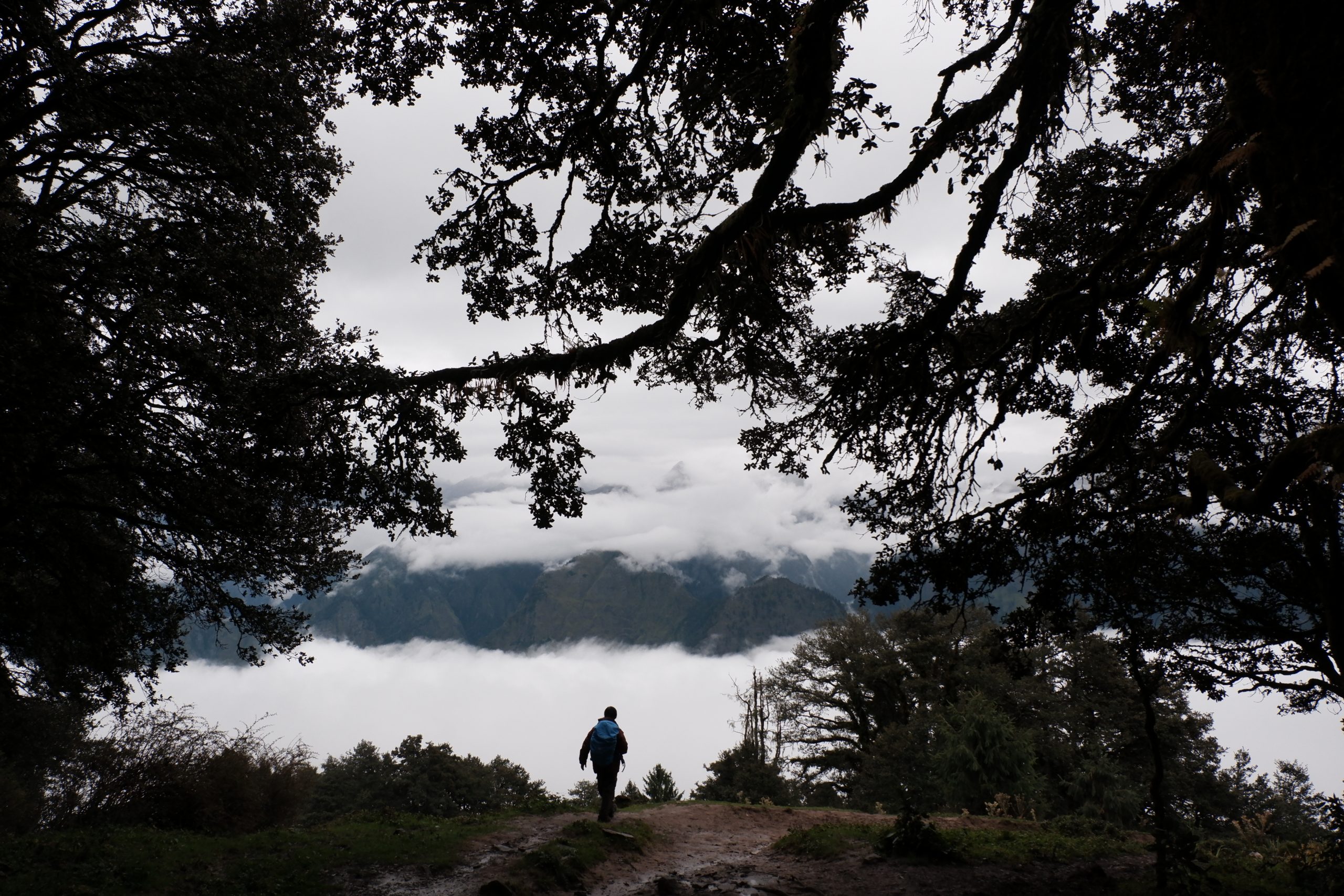 It cleared a little, but gave no real view

And then the idea of riding a chairlift in India was too funny, and Binodh hadn’t done anything like that yet either – so we took it and rode into the fog, which then swallowed us up. Whether it spat us out again – that will be in the next blog post! 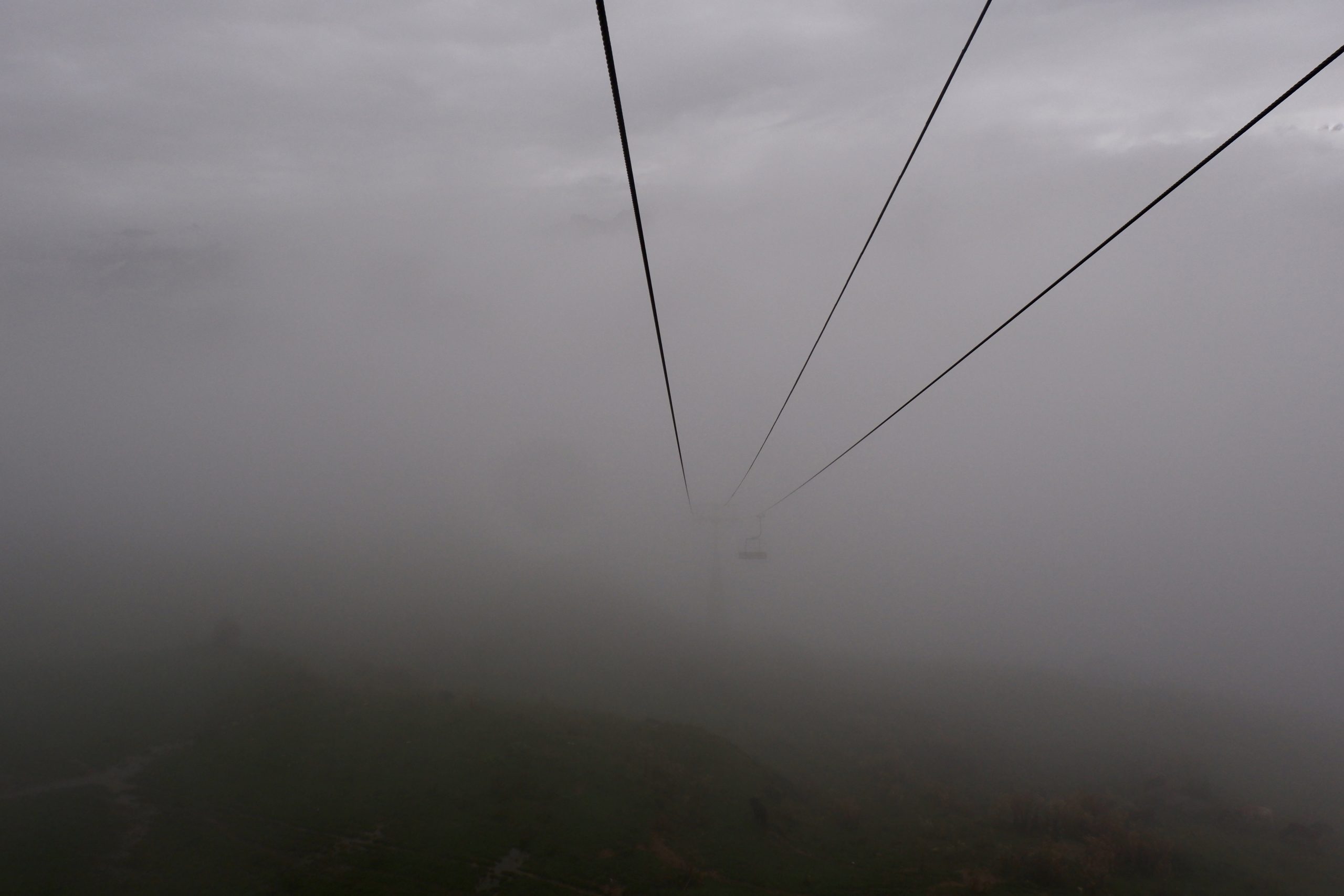