Apart from the day’s activities, there are many other things that I saw, looked at and have to show in Karakol. First of all, Karakol is also known for the fact that Nikolaj Prziwalski was buried next door. Prziwalski – aren’t those wild primitive horses? Yes, they are named after him. I had known about the horses for a long time because there was something funny with my brother and his classmate – but neither of us remembers the joke. Only that there are Prziwalski horses and that something was funny.

Nikolaj Prziwalski (often spelled differently) was a Russian and a great explorer in the 19th century. He explored Asia and gathered a lot of knowledge. On his 5th expedition he only got as far as Karakol, where he died of typhus in 1888 at the age of 49. He was very happy with the place where he ended his life and wanted to be buried there. So that was done and a memorial and museum were set up. 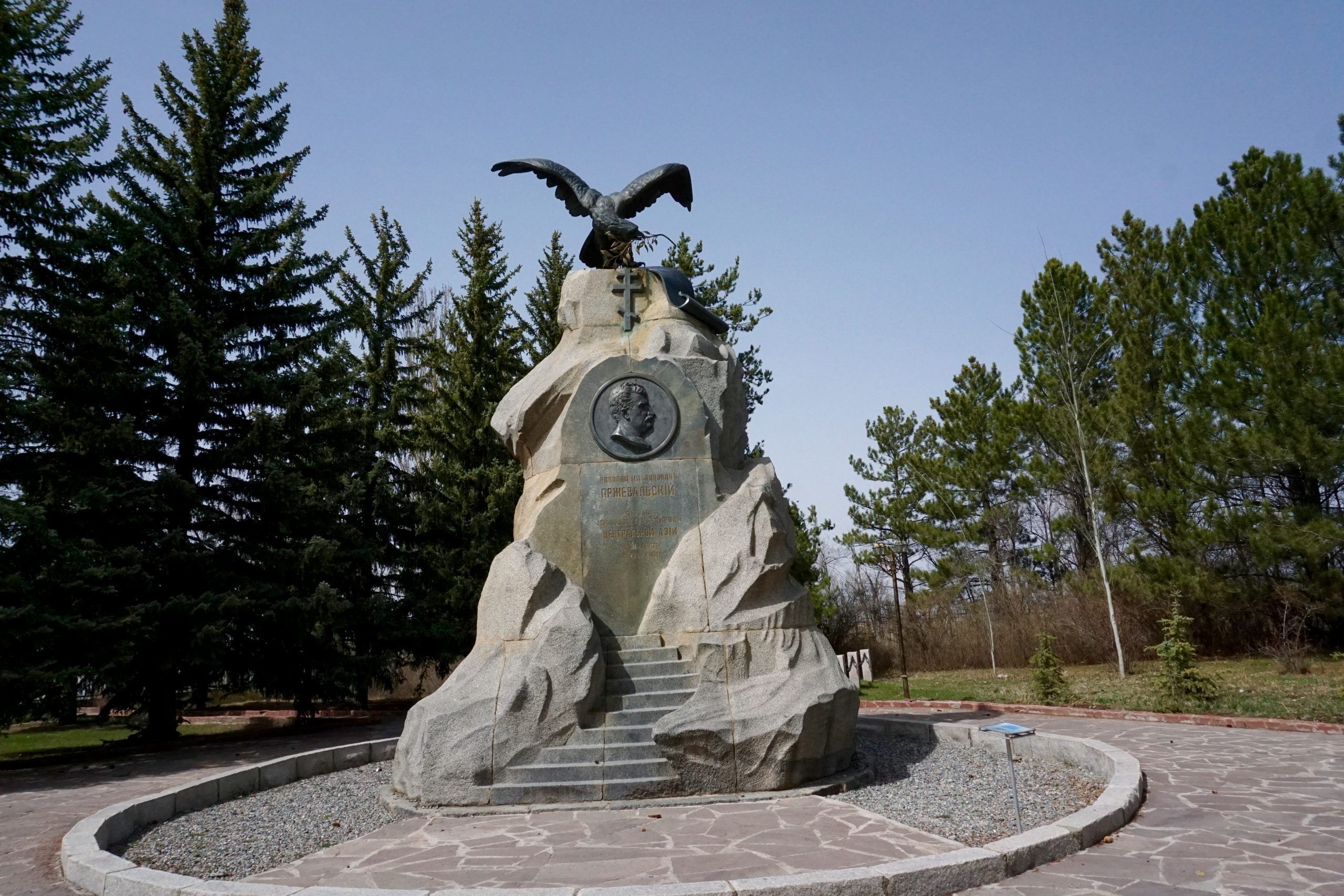 He received an honorary membership from Dresden: 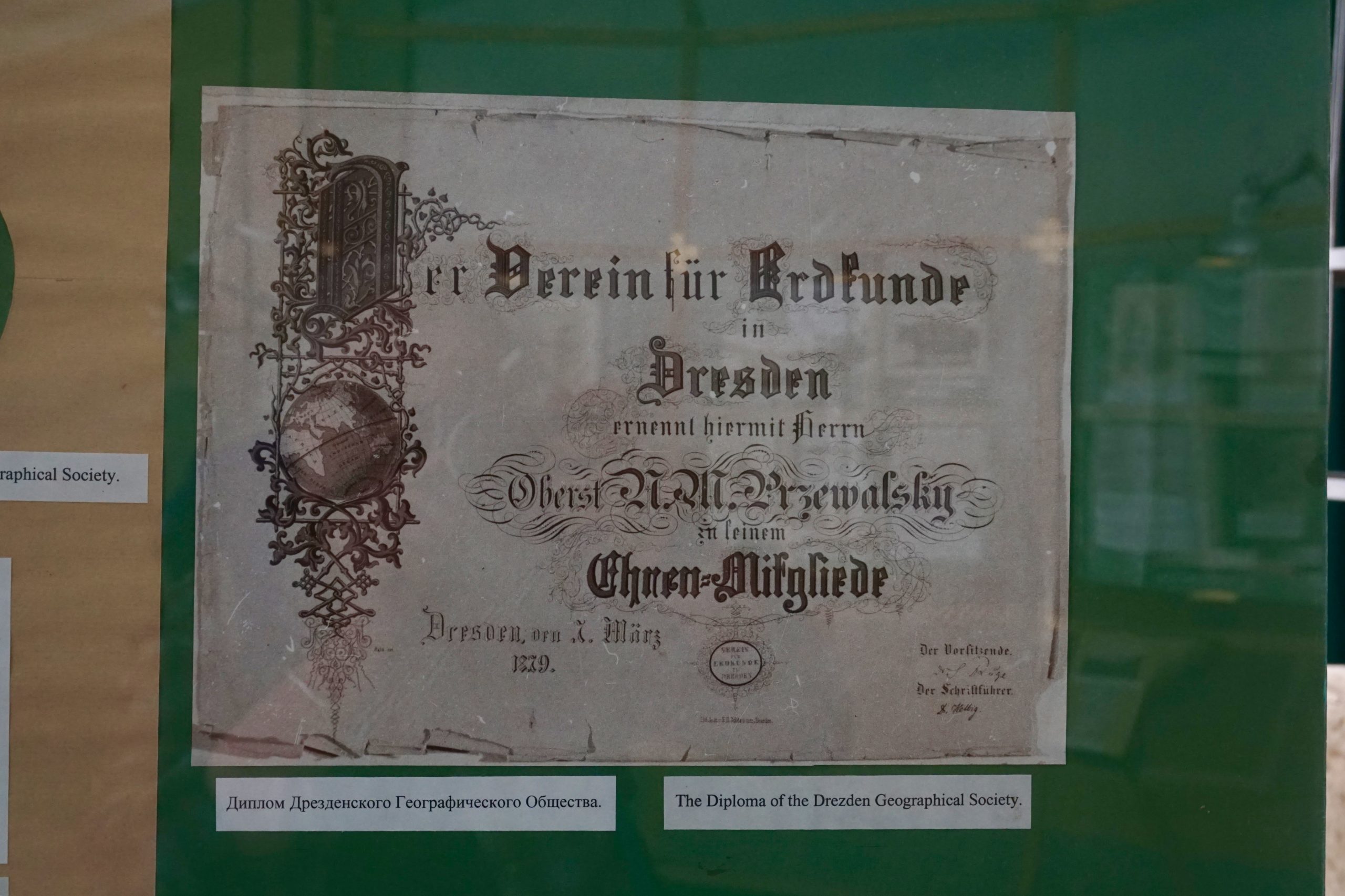 What I found most amazing was that he must have achieved quite a lot – but I didn’t know him at all. Except for this horse.

Then there is also a church to visit in Karakol, the Church of the Holy Trinity. The people are rather Muslim, but there are supposed to be 40 churches in Kyrgyzstan. This is Russian Orthodox and was built in 1869 for the Cossacks who were stationed there. However, it fell victim to an earthquake in 1889 and was rebuilt from wood afterwards. Read more about the church here. 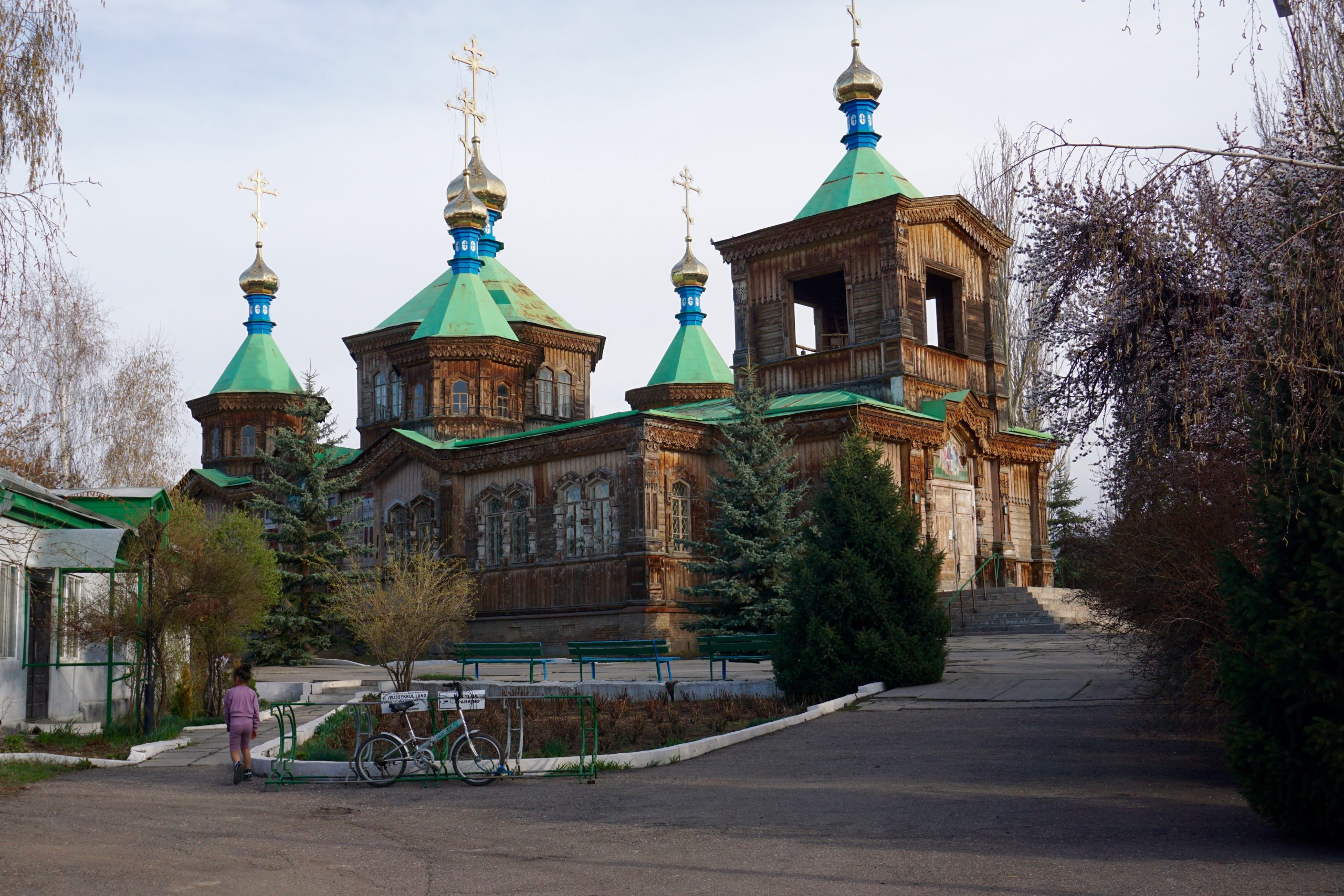 I really liked that there were lots of plants inside. Outside, people were also busy gardening. And then I took a picture of the entrance. 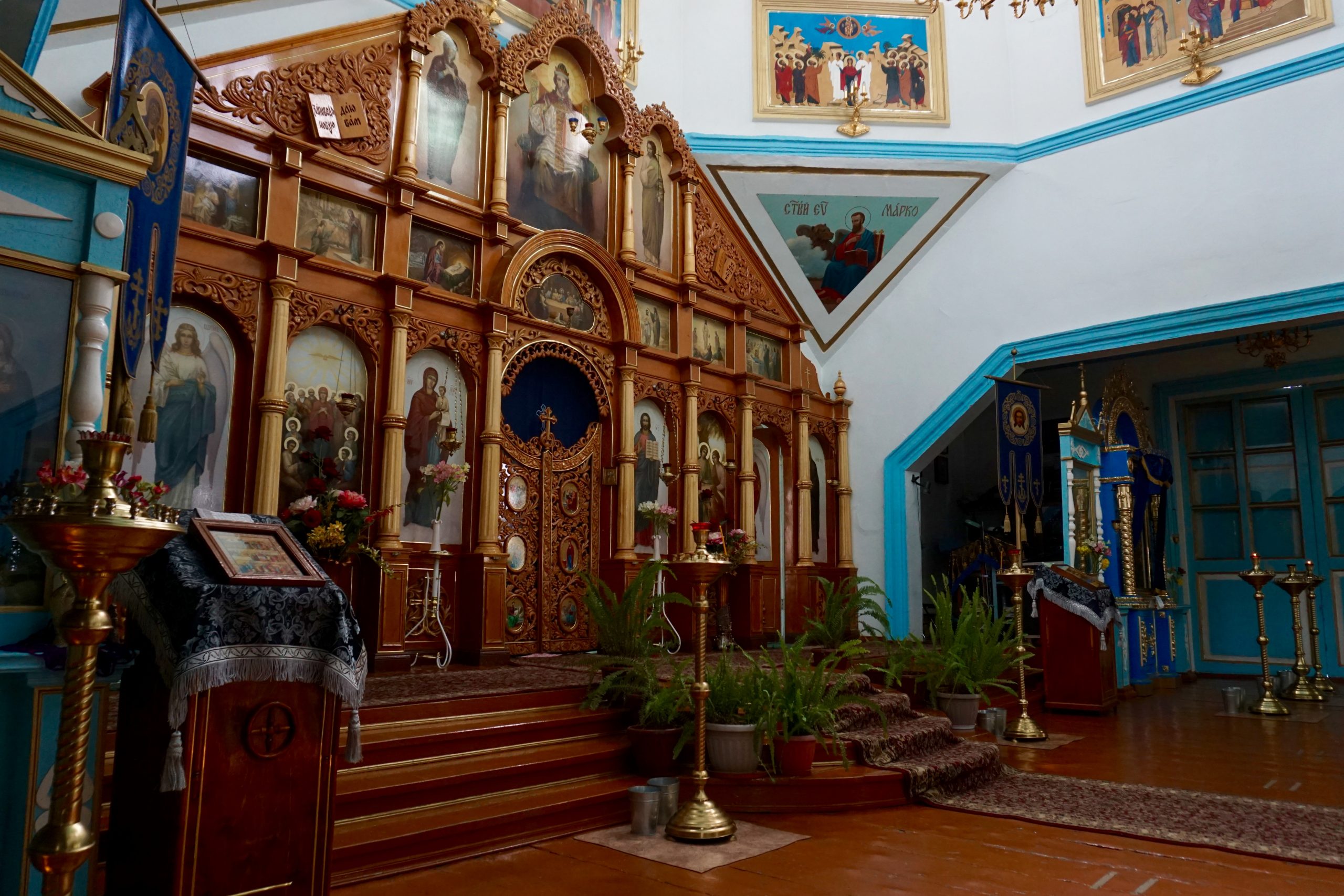 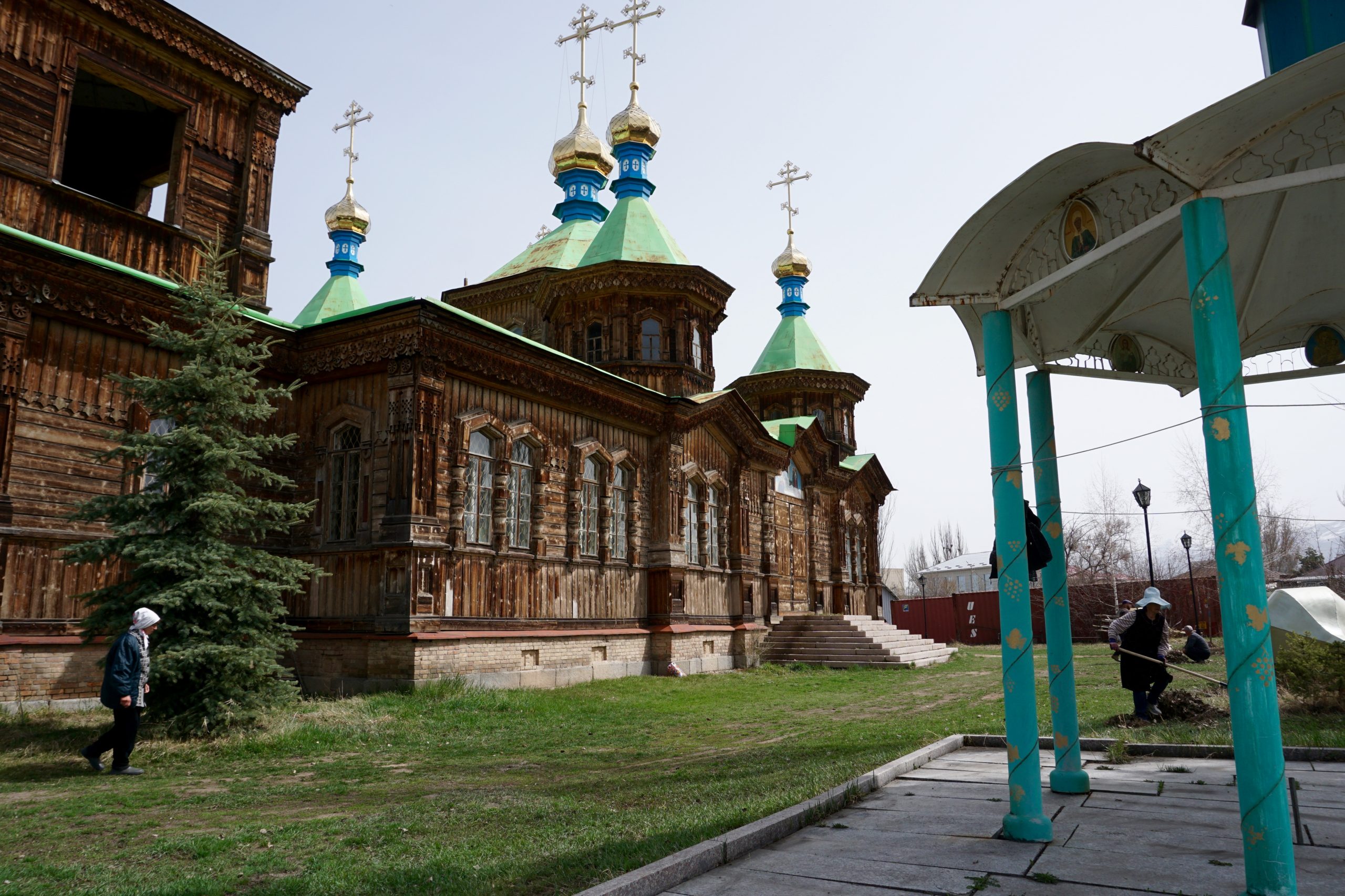 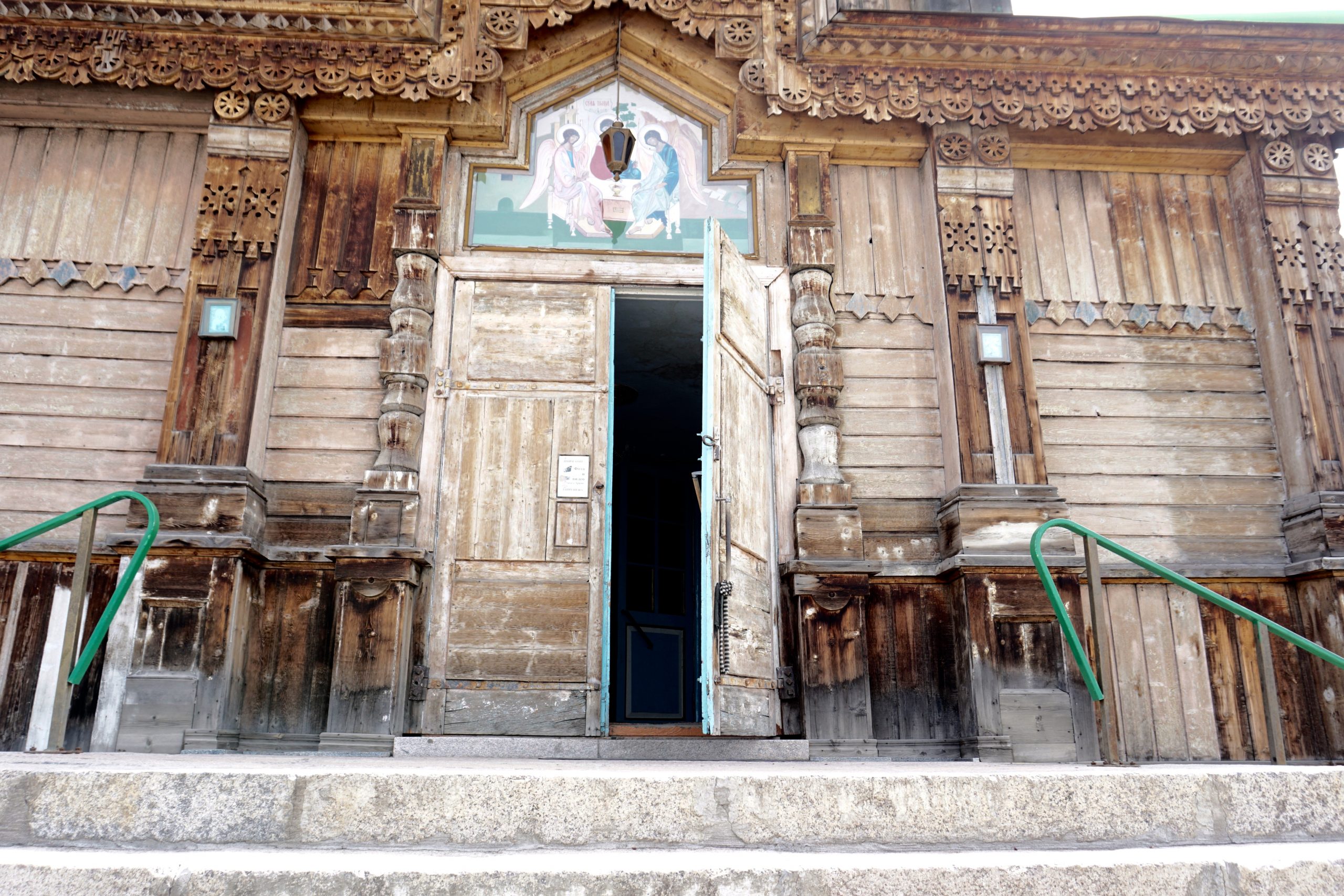 Actually, I had thought at the beginning that I would constantly photograph my fully interesting sleeping arrangements. However, they were all not so interesting after all. Only in Karakol was I surprised to find an absolutely beautiful room. All the others were rather featureless. Not beautiful, but not ugly or funny either. Here is my Karakol room: 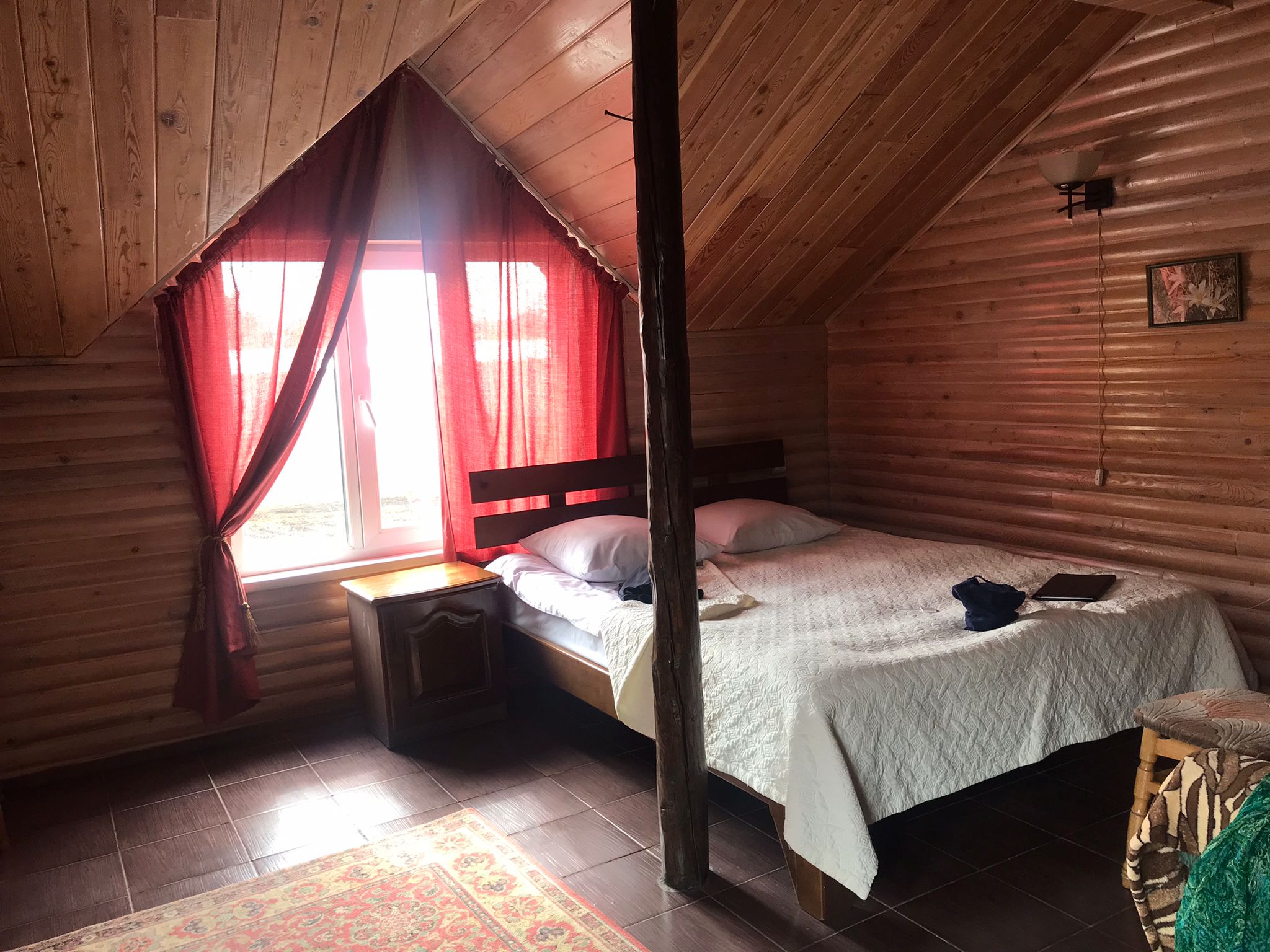 Breakfast was great everywhere, there was always a good selection and different things. Only the coffee was not so good, they drink more tea and only had Nescafe on offer. But it was better than none.

In Karakol there is a kind of bazaar with shops – and small restaurants one next to the other. Unfortunately, I never went there when I was hungry, but I took a few pictures. 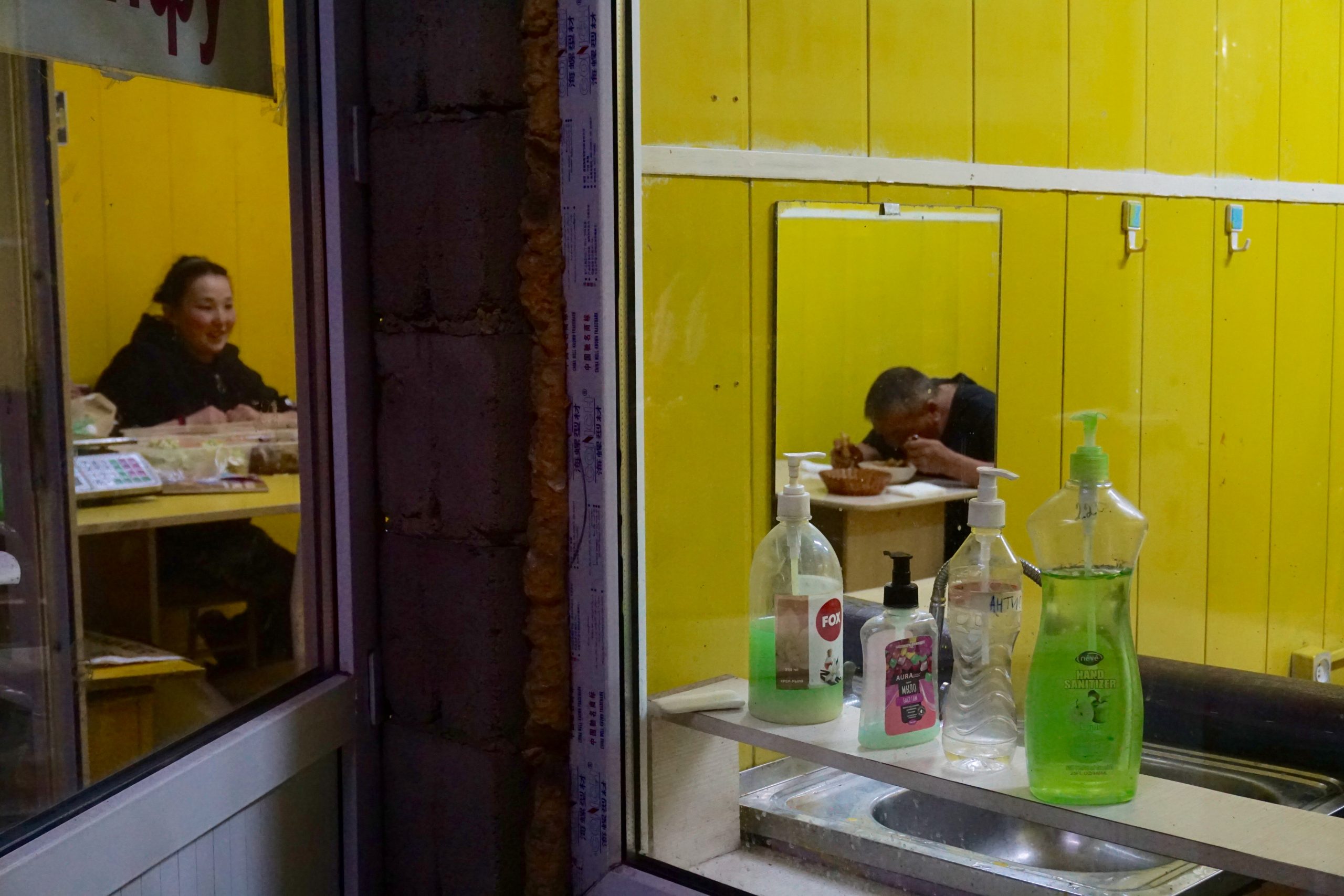 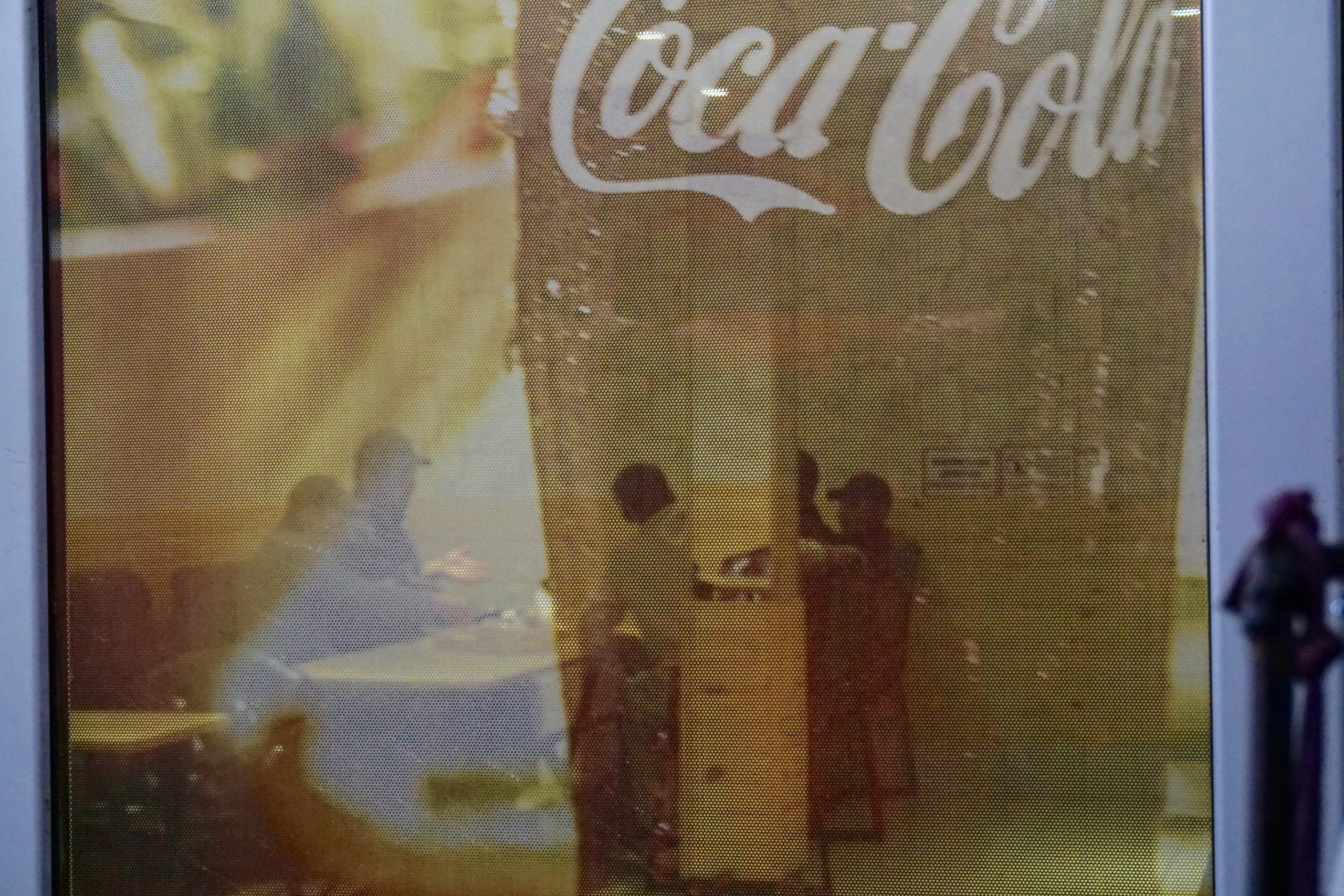 Also you could buy the local men’s headgear: 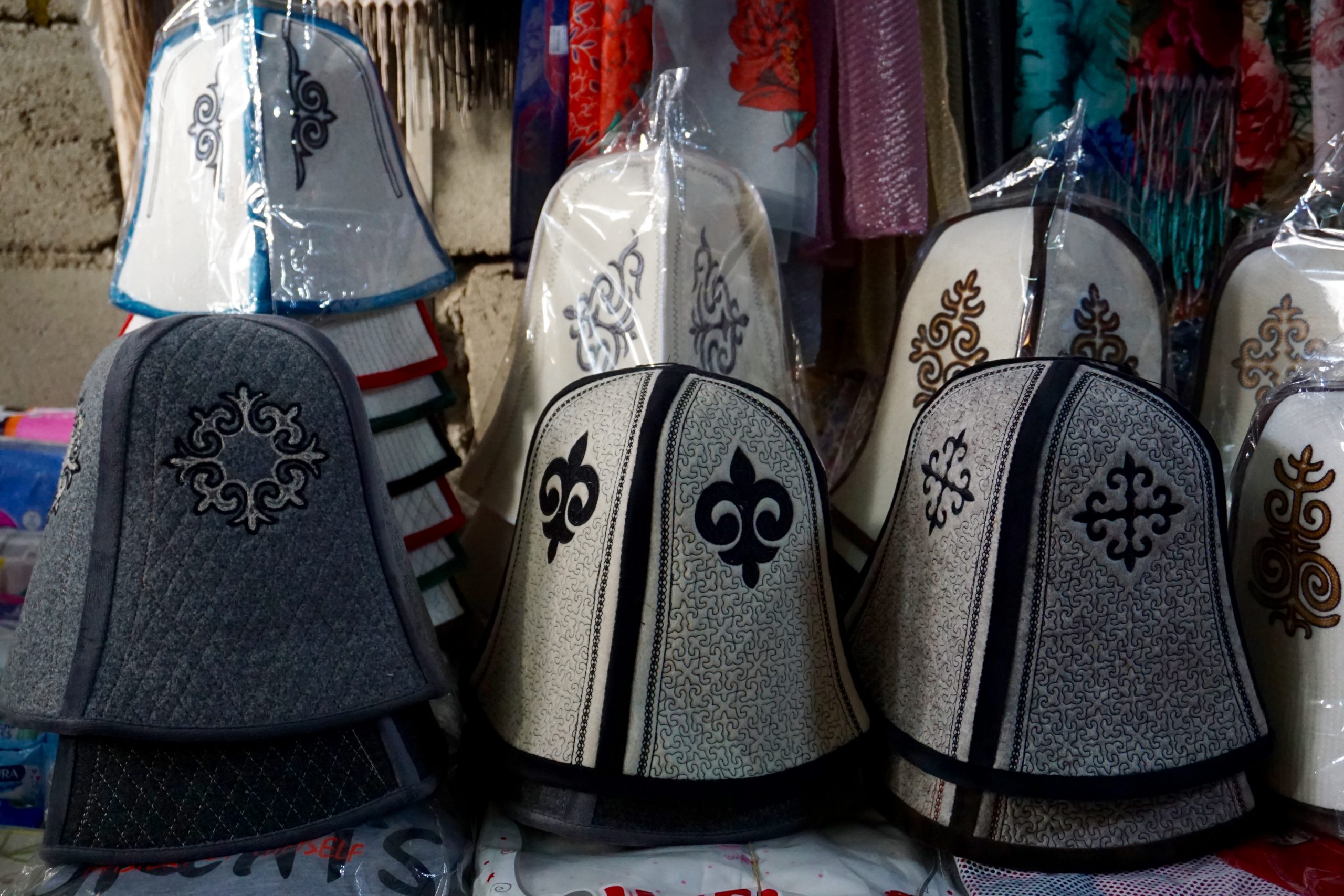 The hat is called Kalpak and has had its holiday on 5 March since 2011. The shape is always very similar, but the ornaments have an enormous variety. In winter it is supposed to keep you warm, in summer it protects you from the sun with its rolled-up brim. It is considered the national costume and has a rich symbolic meaning. And it is actually still worn quite often on a daily basis.

All these statues in Kyrgyzstan could fill books and one would be busy for a long time photographing them all. I was reluctant to do so, but this one I found remarkable, with the skyward gaze, the orderly hairstyle, but a tie blowing strongly in the storm. 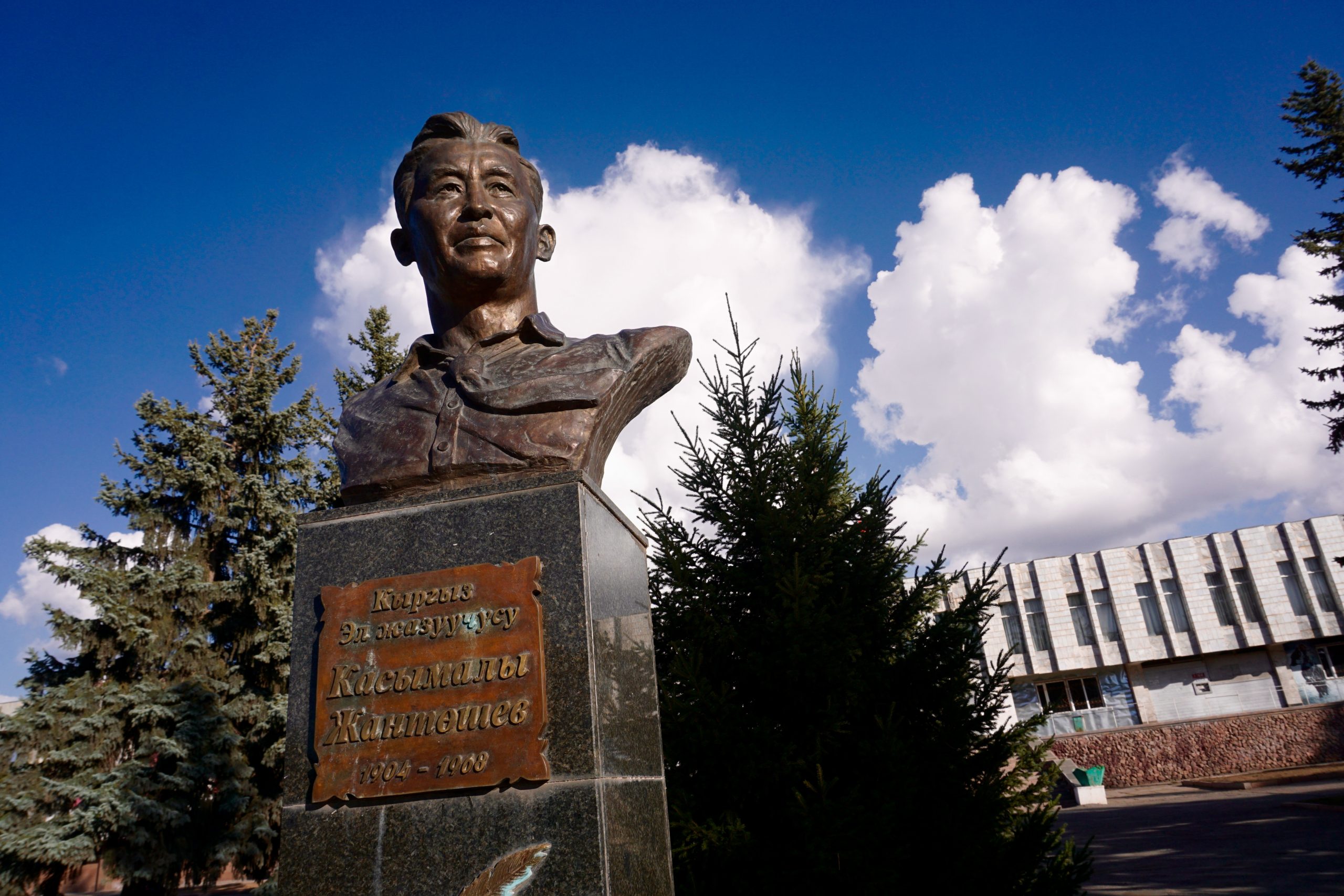 The building behind it is a theatre and looks very Soviet, which always makes me wonder: who thinks up something like that and finds it beautiful? Well, beauty was probably not the ulterior motive behind the design. 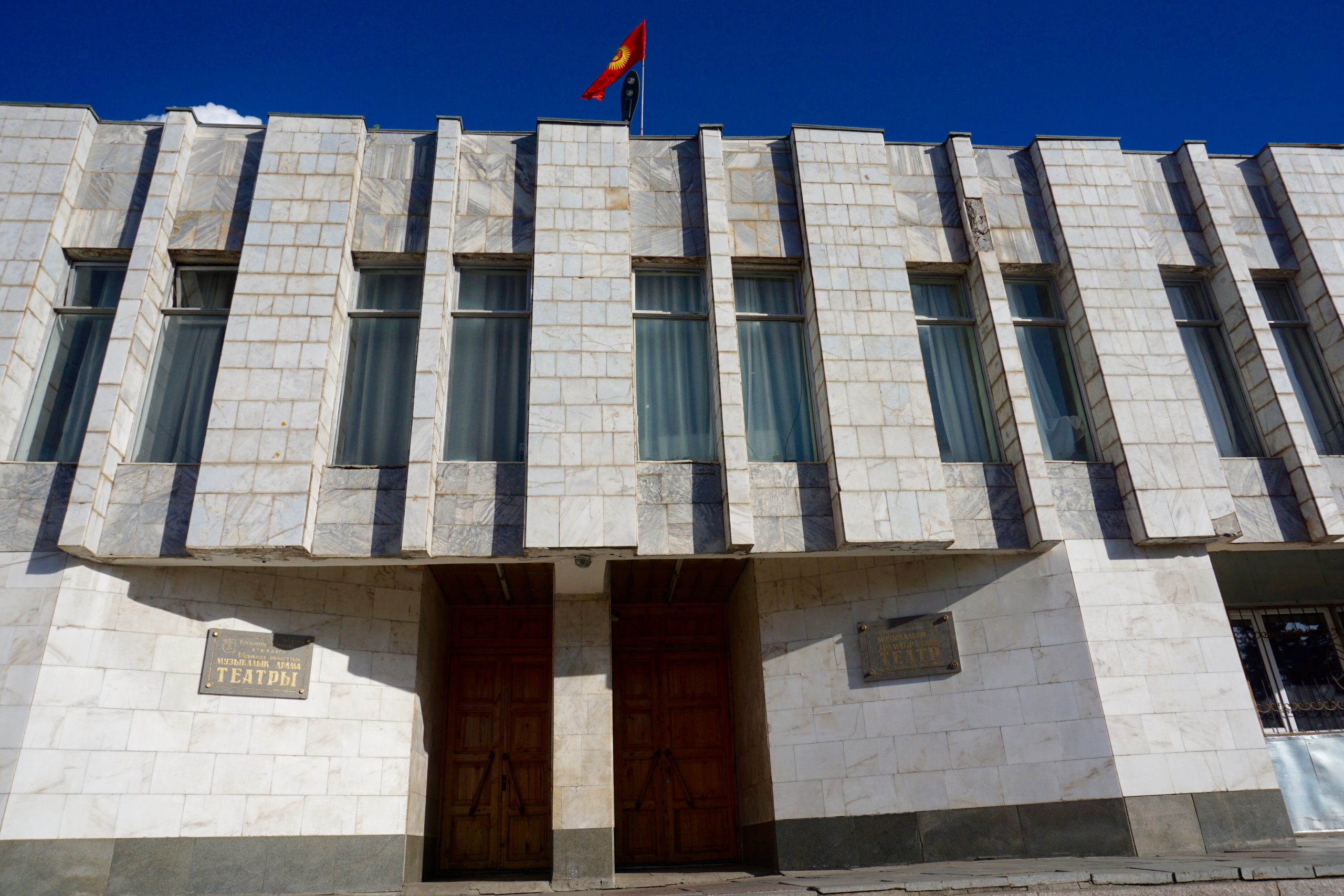 Kyrgyzstan is also clearly and recognisably a post-Soviet country, but I didn’t find it as dominant as Armenia. Although people are not doing so well financially and a lot of money comes from emigrated Kyrgyz abroad, it didn’t depress me. But it was noticeable how many people asked me about work and study opportunities, for example in Germany. 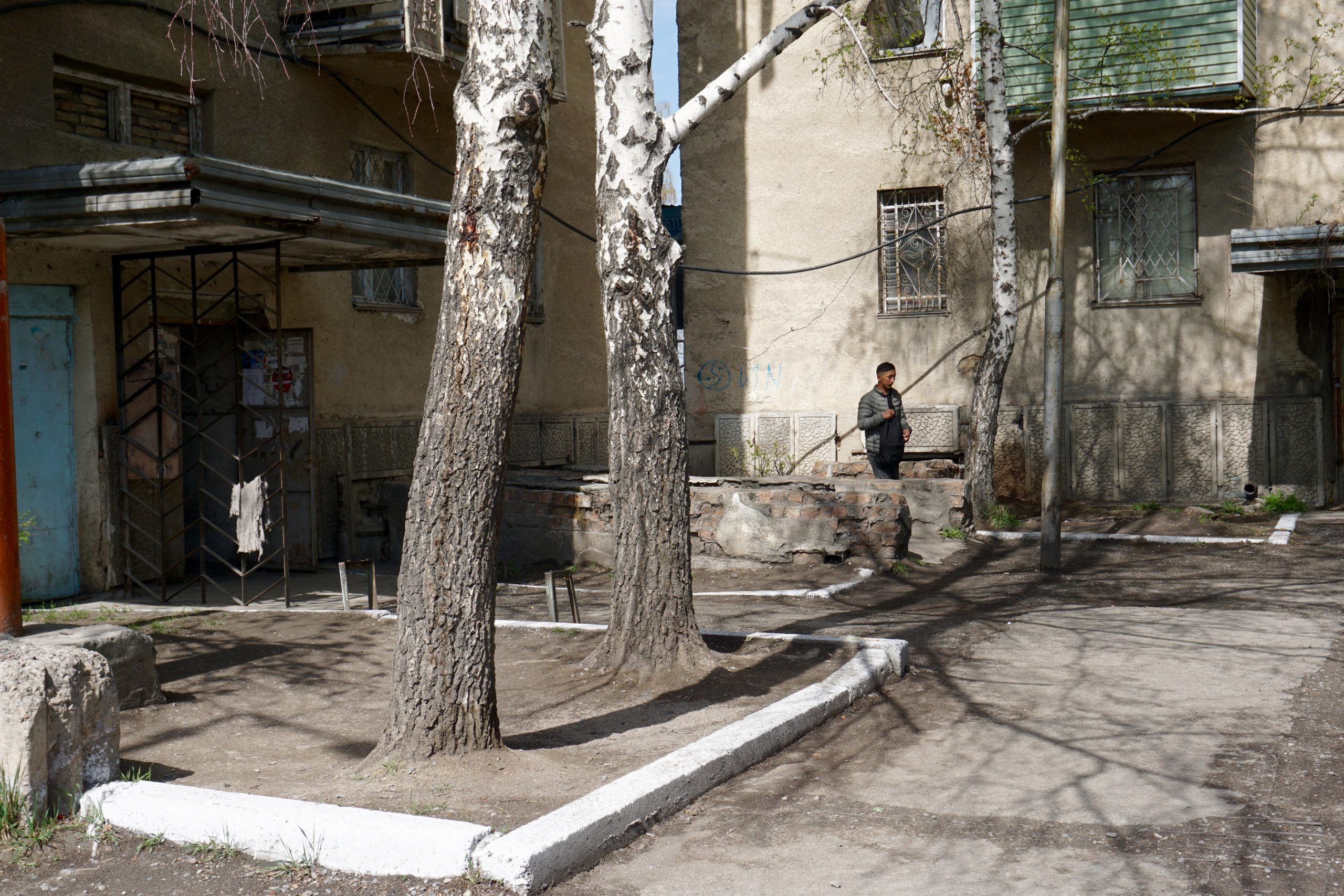 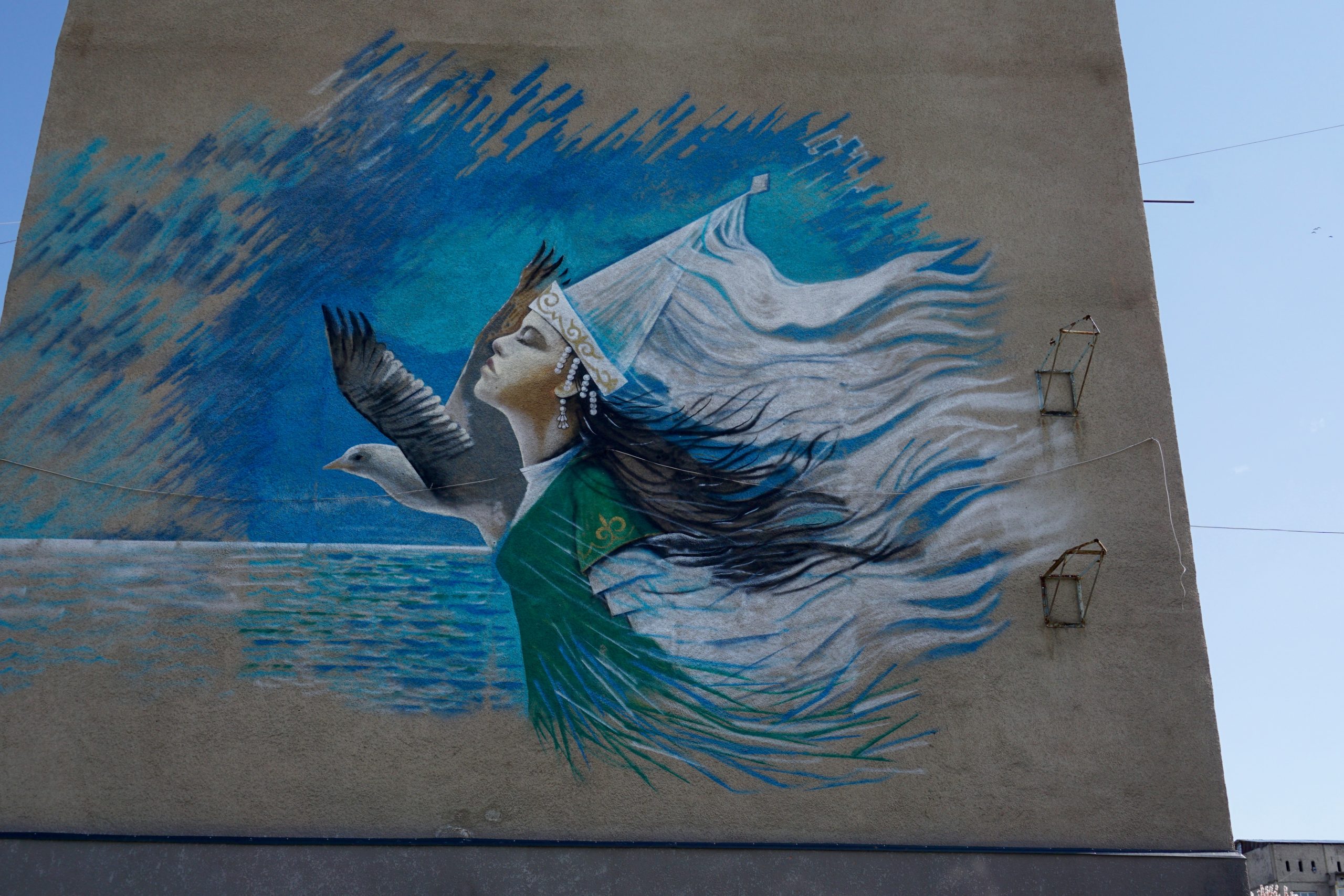 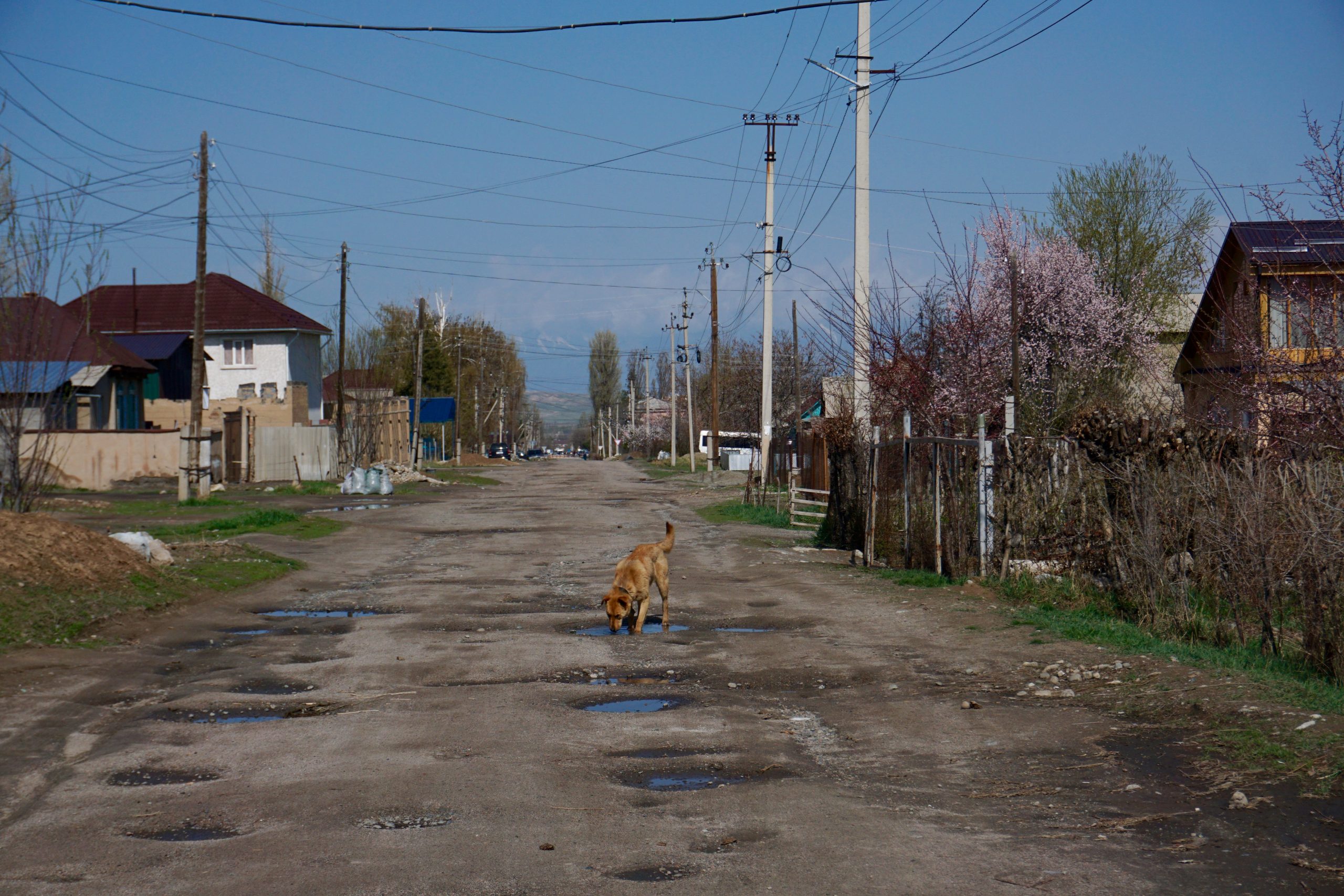 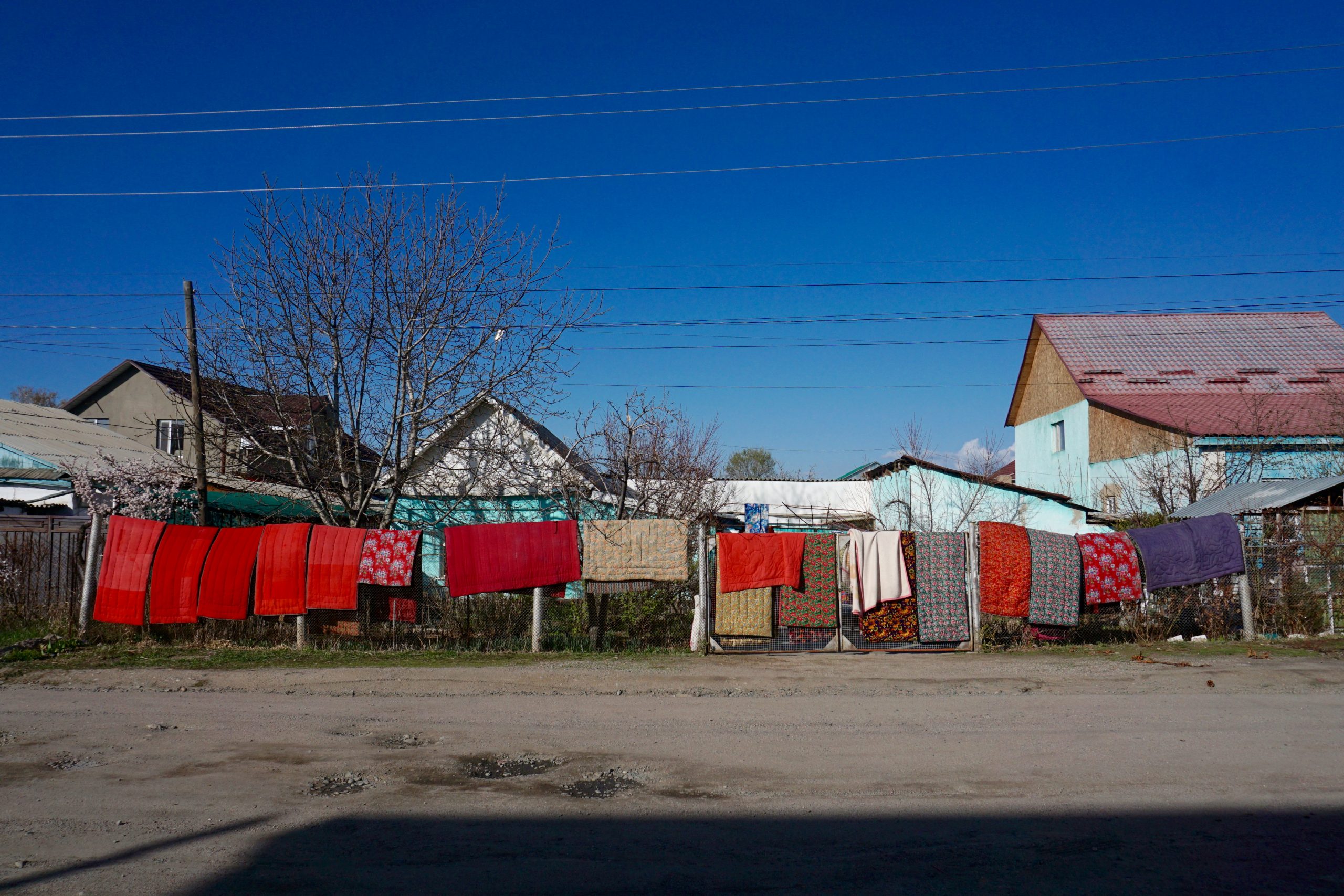 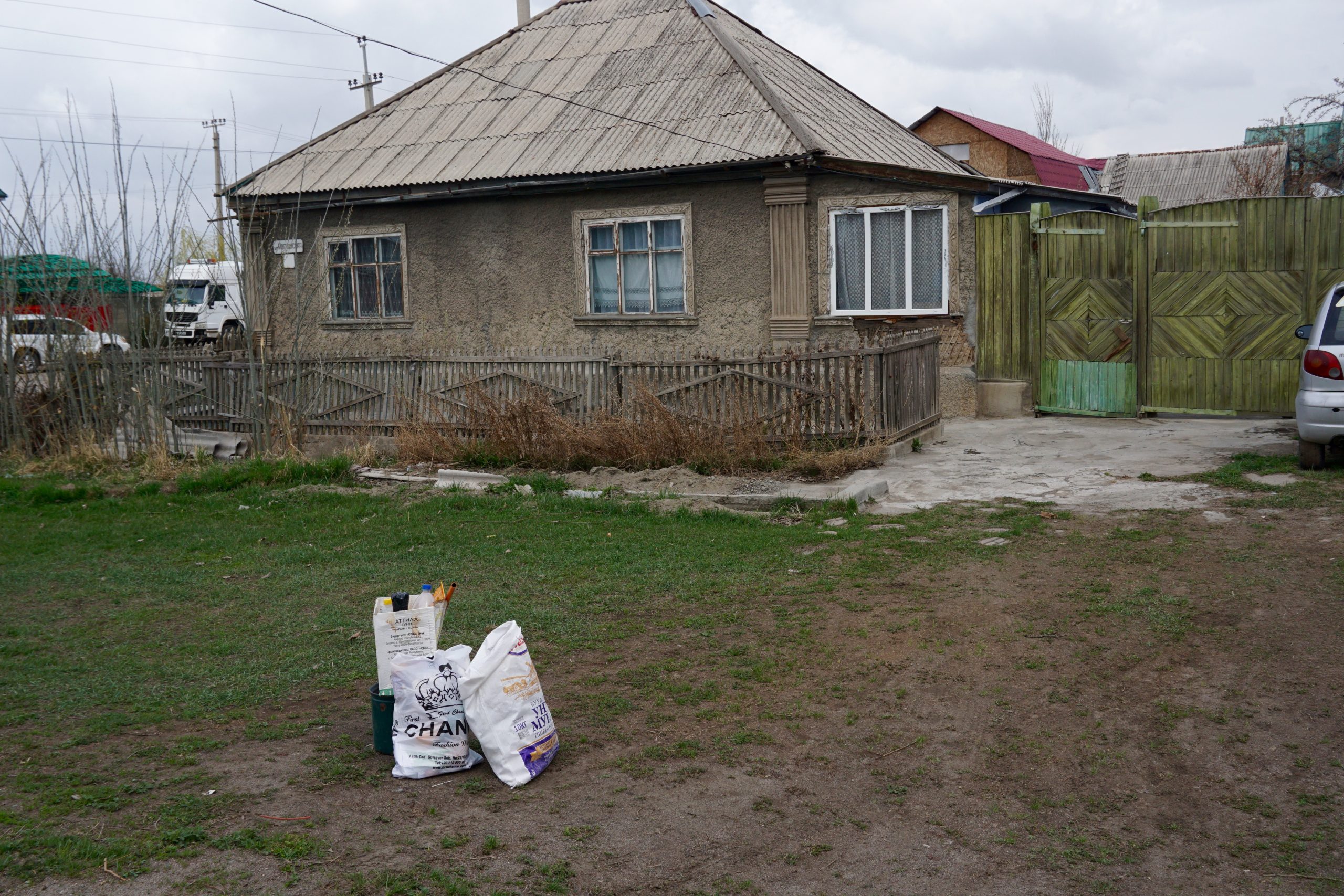 In Karakol, there is something of everything and the routes are manageable on foot, so it is really fun to wander around and discover details.