Besides the sanatorium, I was also recommended the Karakol animal market. It takes place very early on Sundays and is said to be one of the biggest and best in Asia. In the meantime, tourists are supposed to have noticed this and walk around there in large numbers. I trusted that it wasn’t the season – and in fact I didn’t see another foreign face. The market starts at night and is supposed to last until about 10:00 – so get up early. Especially as it was 4 km from my accommodation. But I was highly motivated to get up in the night, as it’s different than usual. So I got up at 4:00, walked 4 km and looked at Karakol at night. 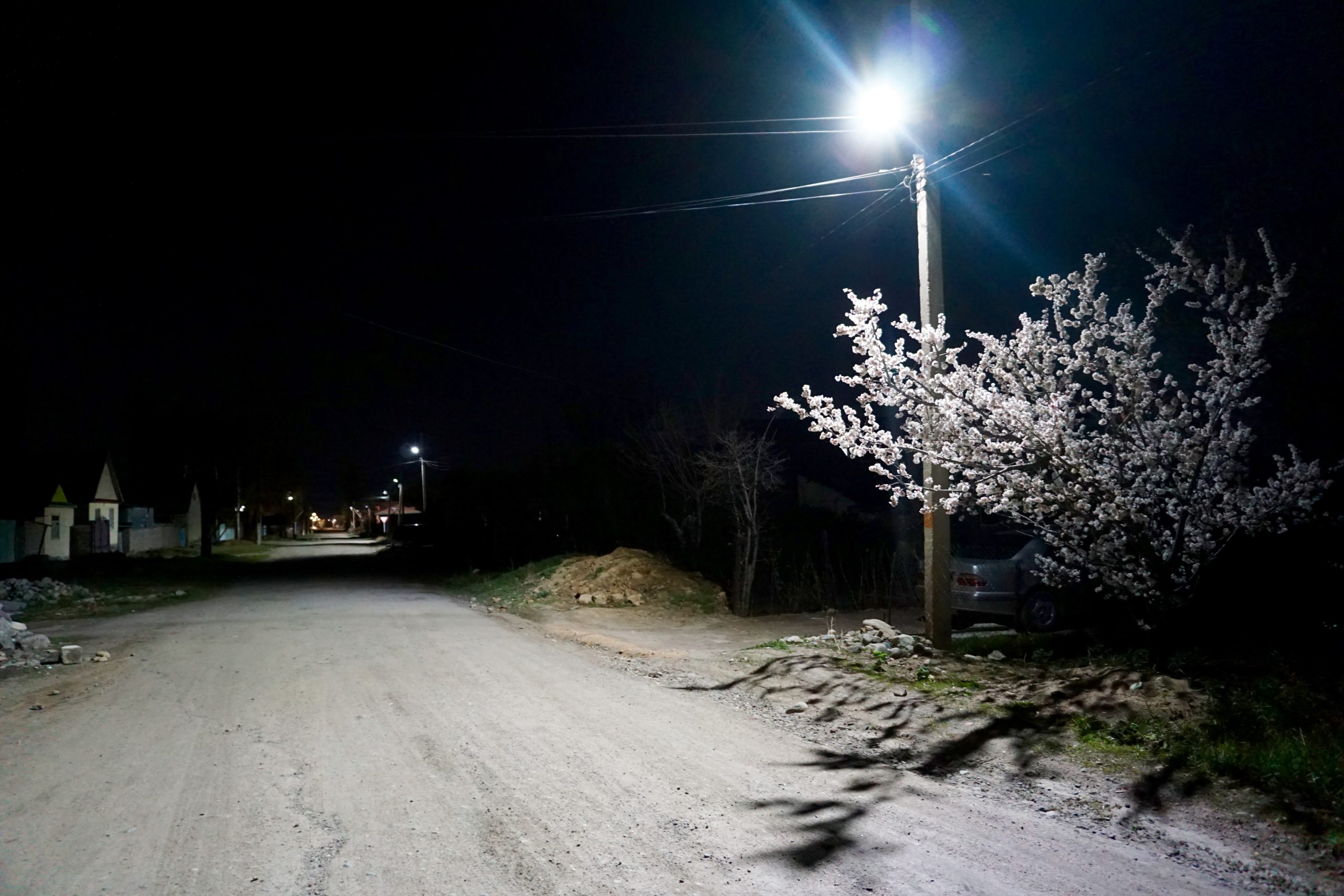 It was very quiet, there were quite a few small animals on the way and I was happy to go. Then I was almost there, still around the corner from a mosque – and the night brightened a little. 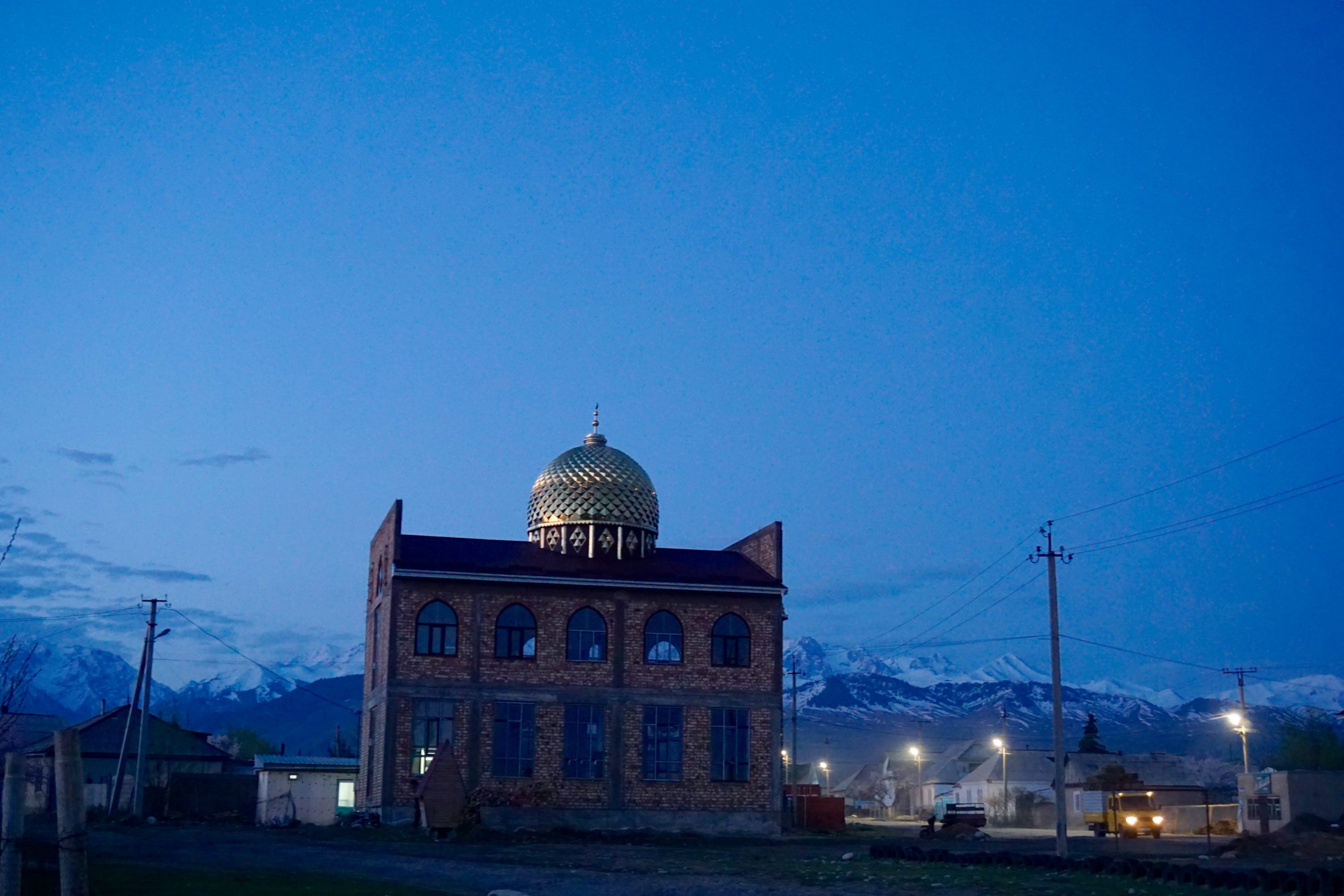 Most of the market people were already there, but some were still arriving. Then I could see how animals are transported if you don’t have a big car. 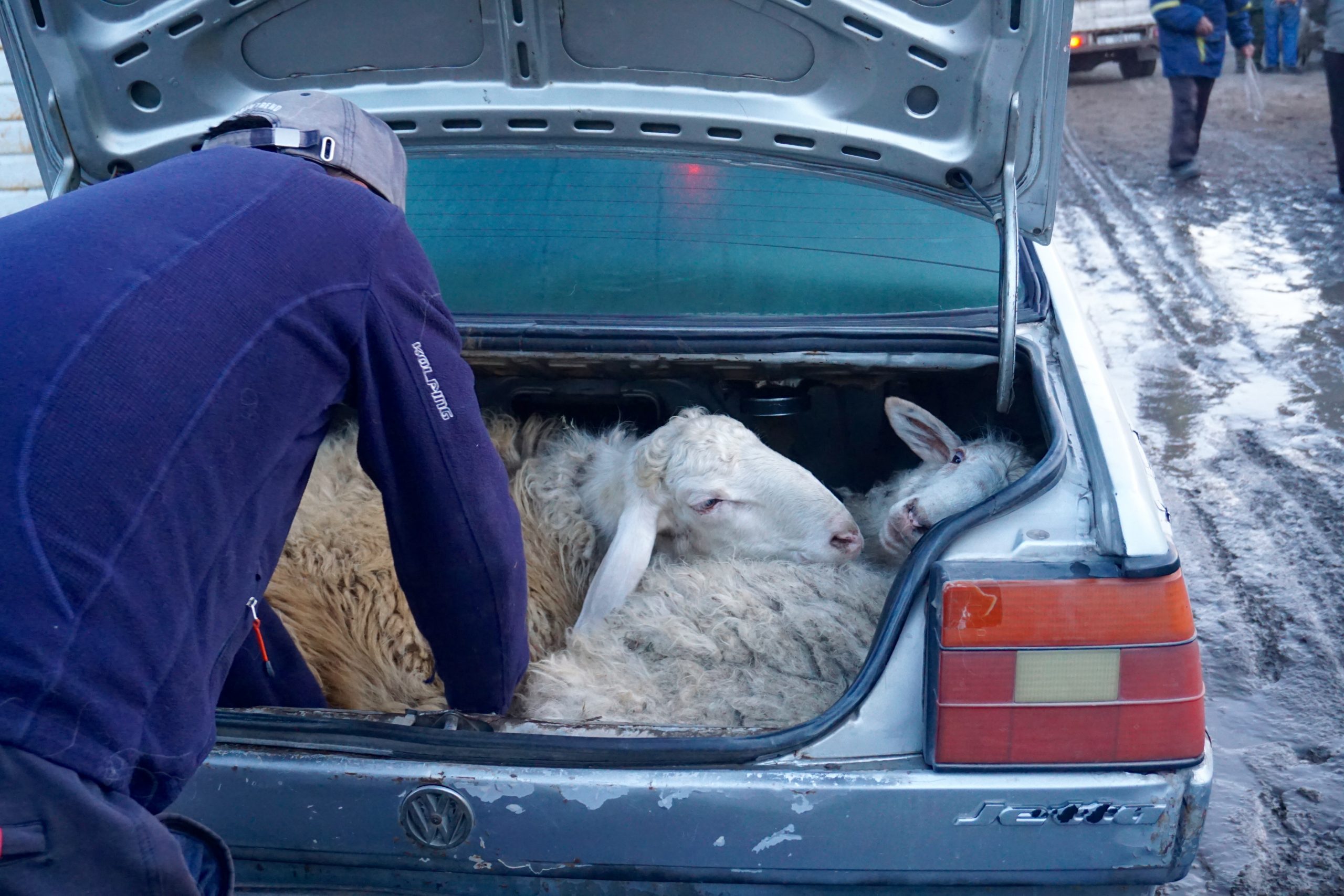 The market is divided according to the animals. The sheep are offered in one street. There, the gentlemen and very few ladies line the edges and hold their animals by the rope and other people walk through and inspect. 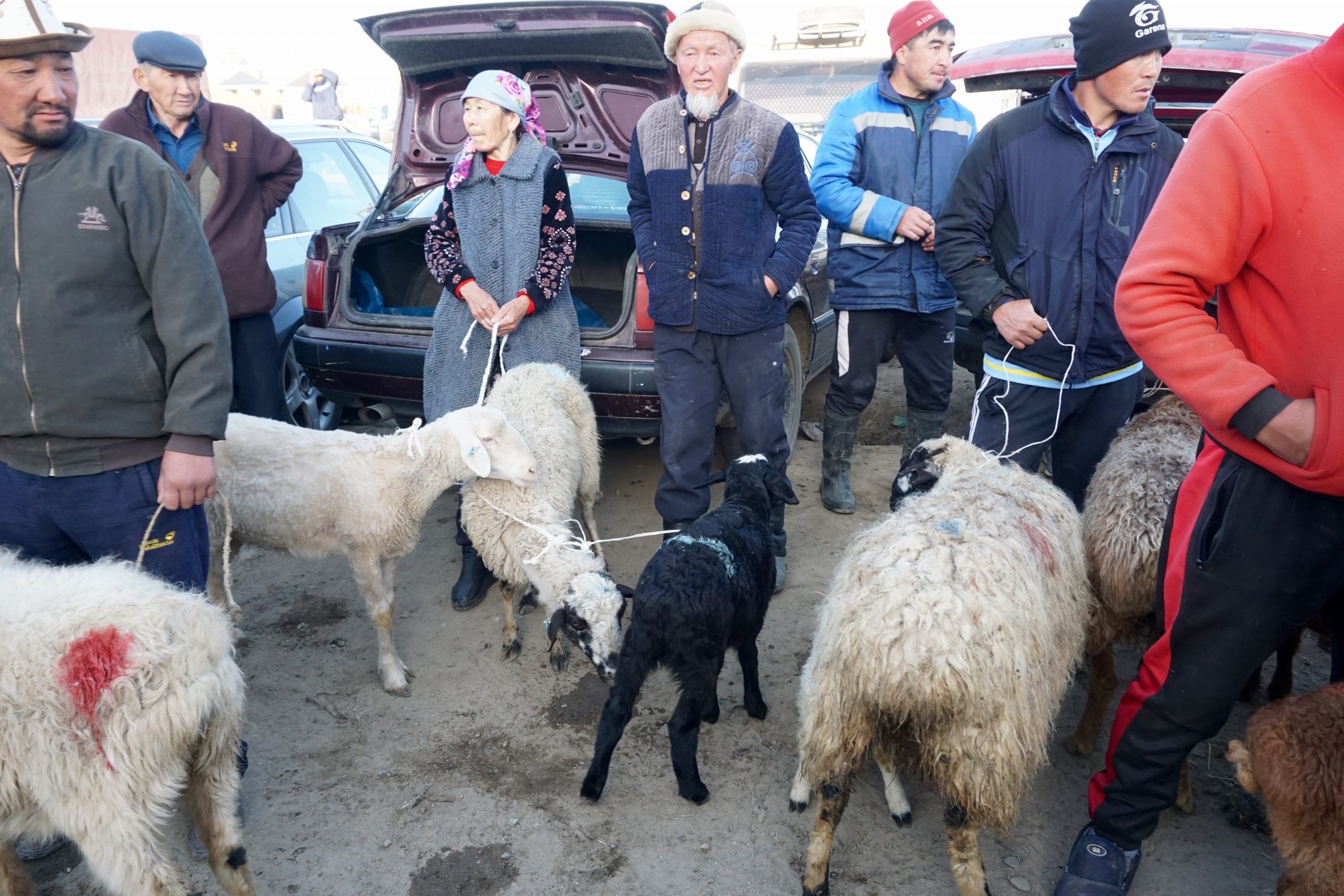 Some have only very few animals to offer, others several. The fat-tailed sheep are particularly popular. Some of them have enormous rumps. Here are a few pictures: 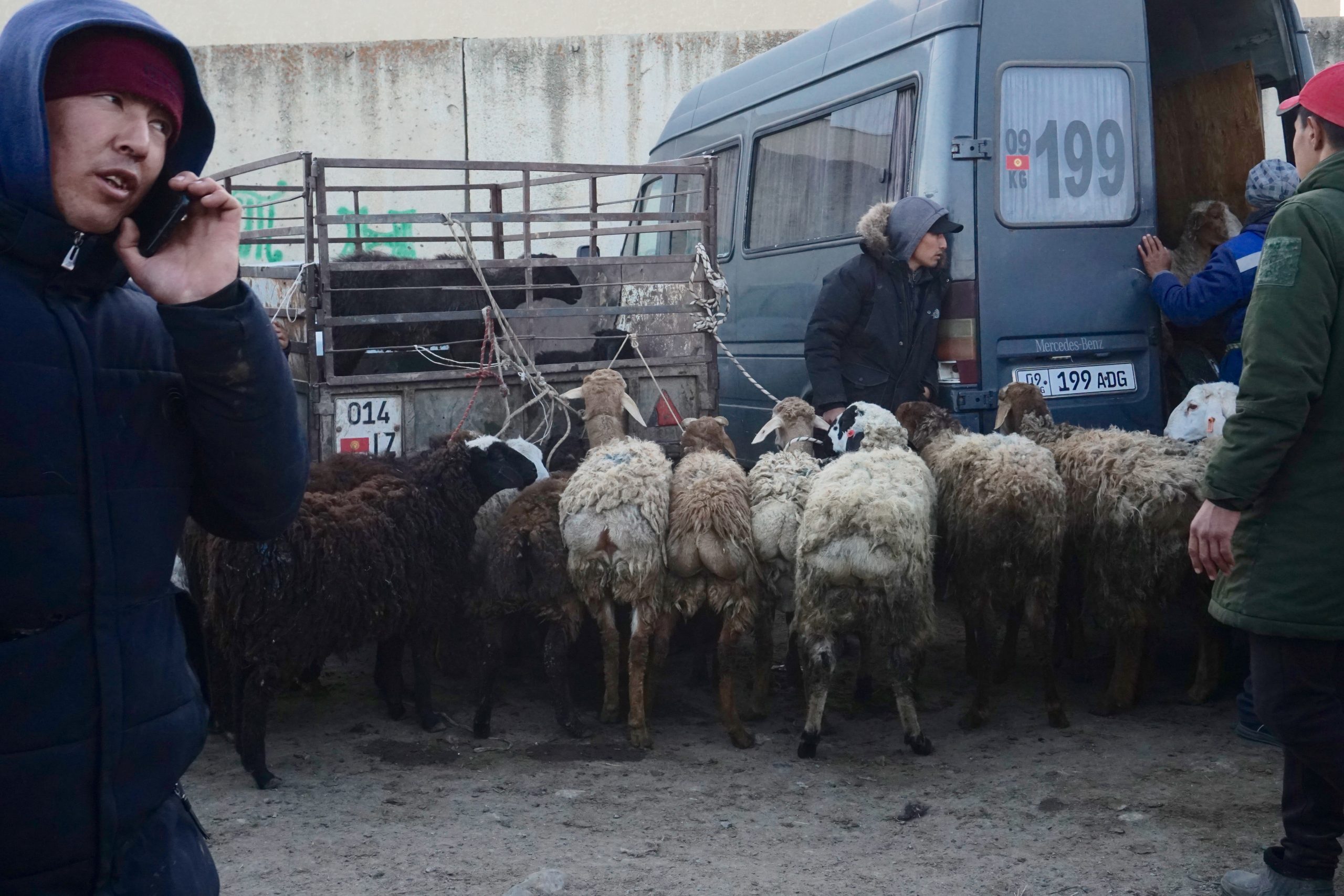 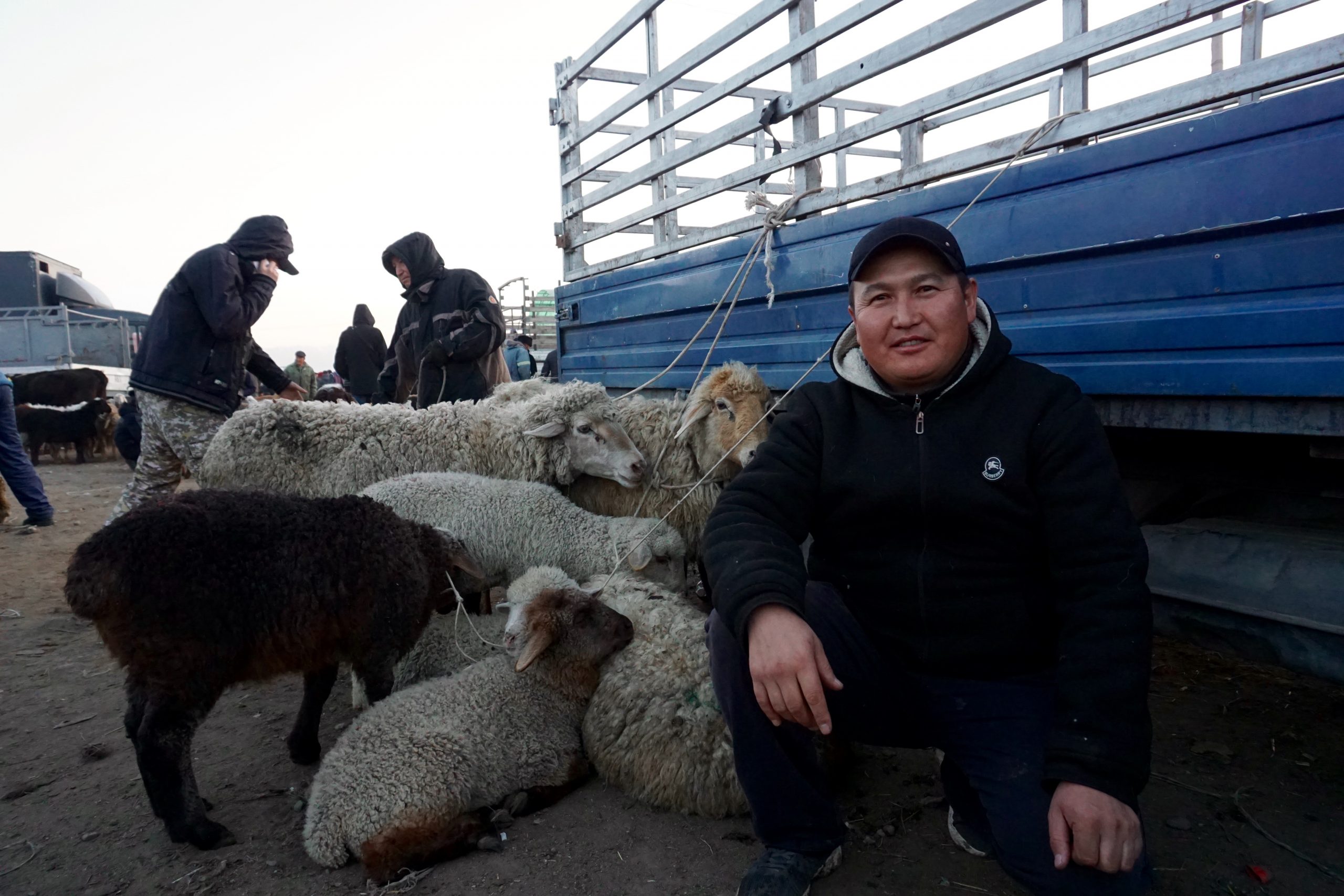 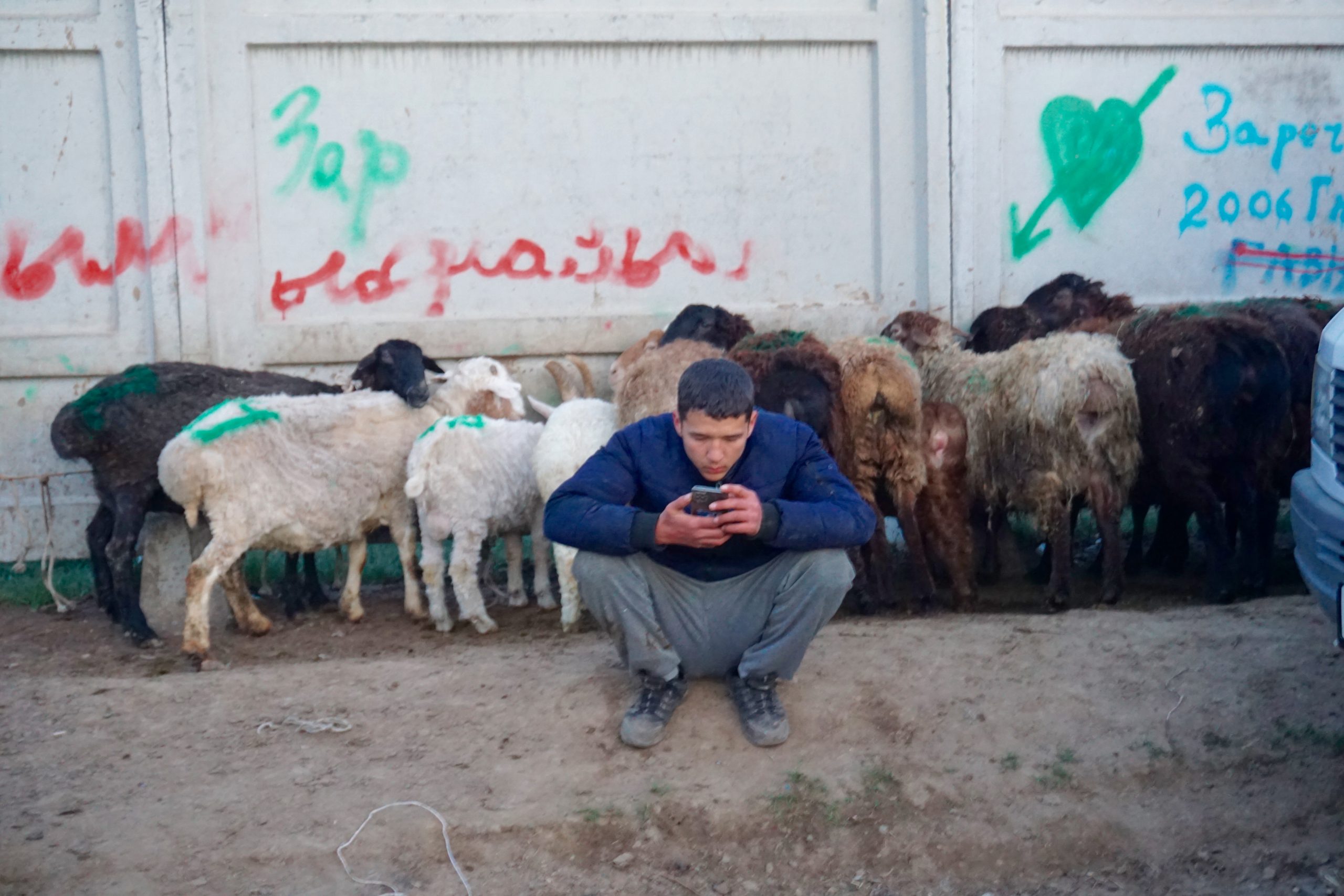 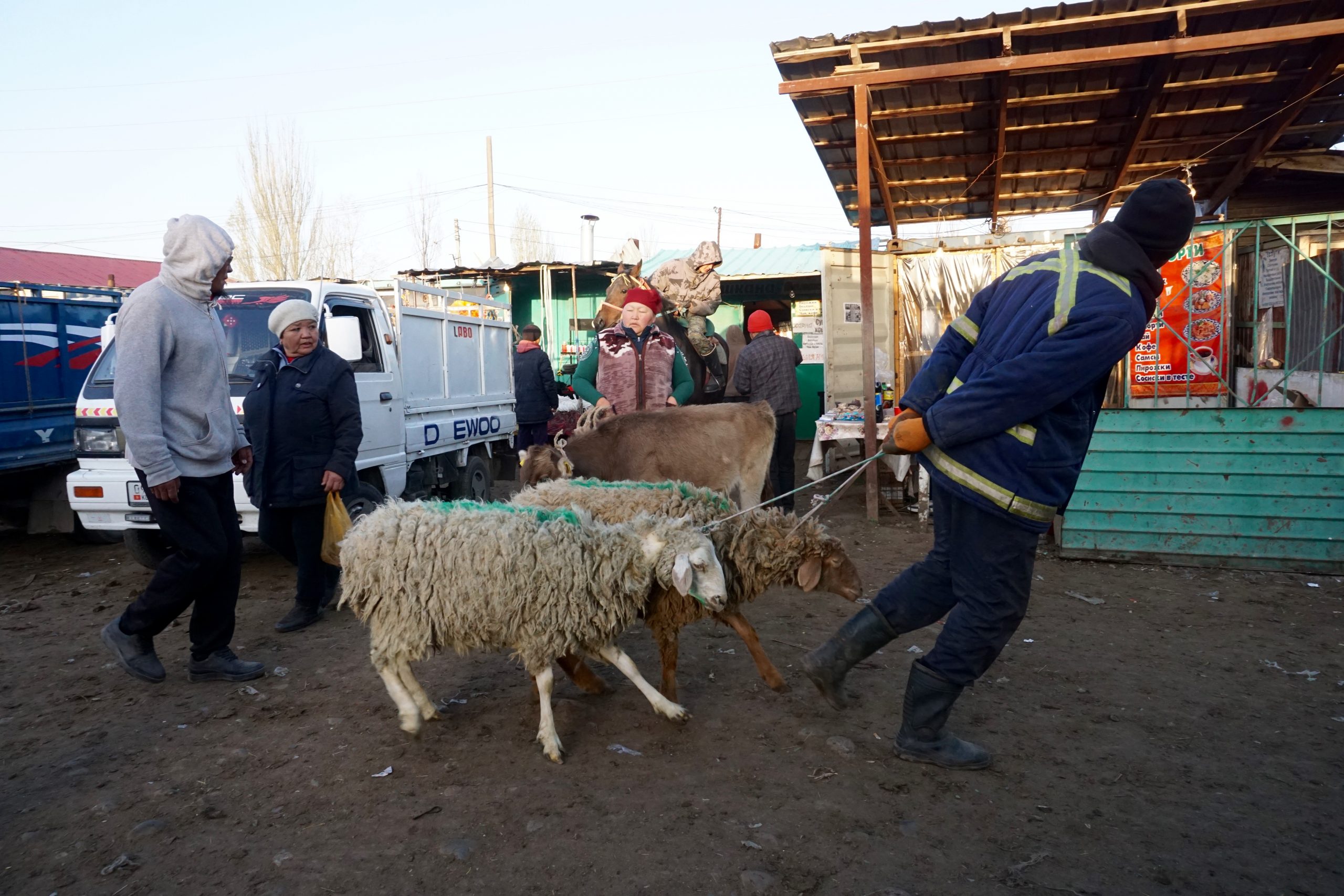 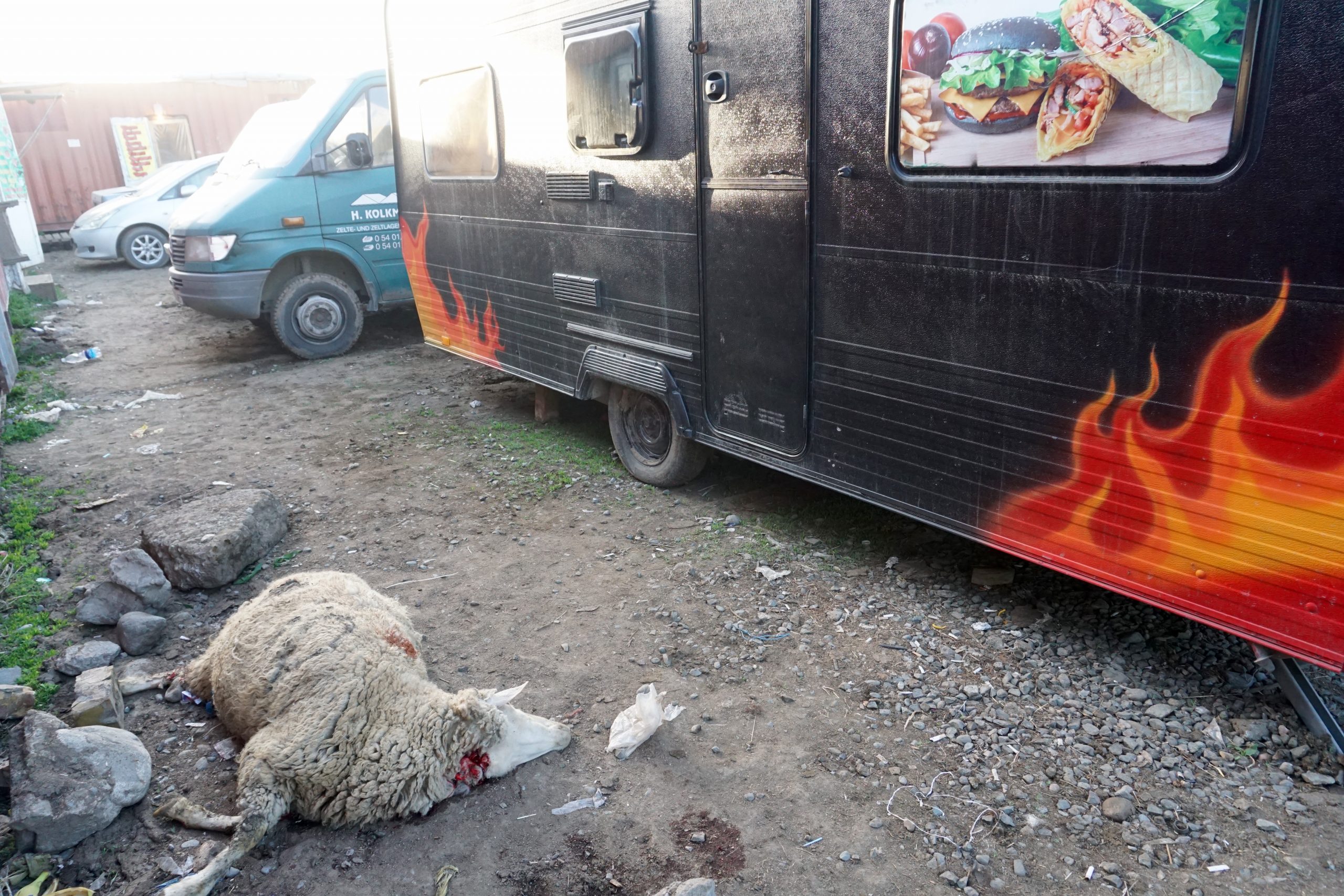 Then there was the cow section, which merged into the horse section. I also read about camels – but didn’t see any. A selection of photos of this as well: 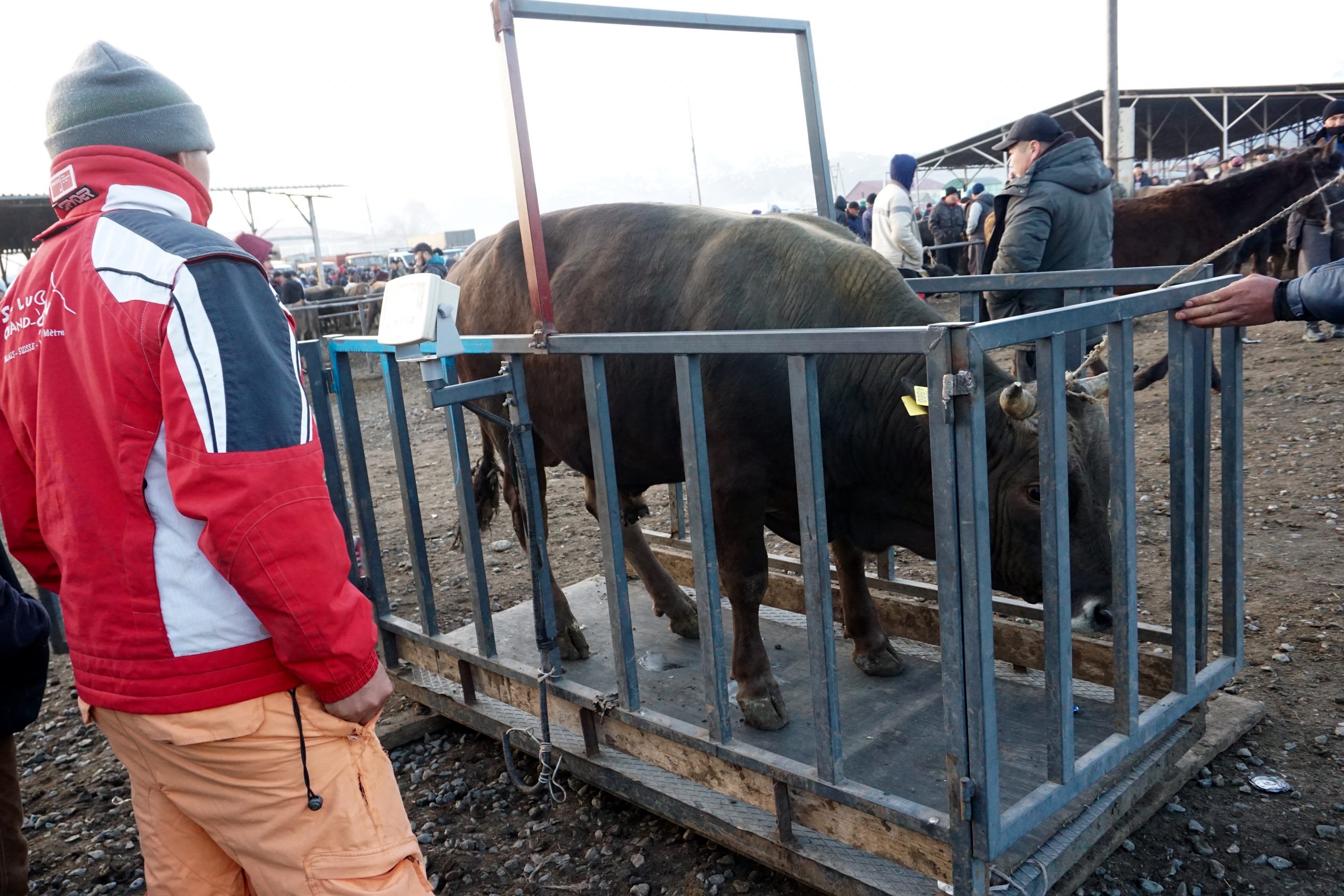 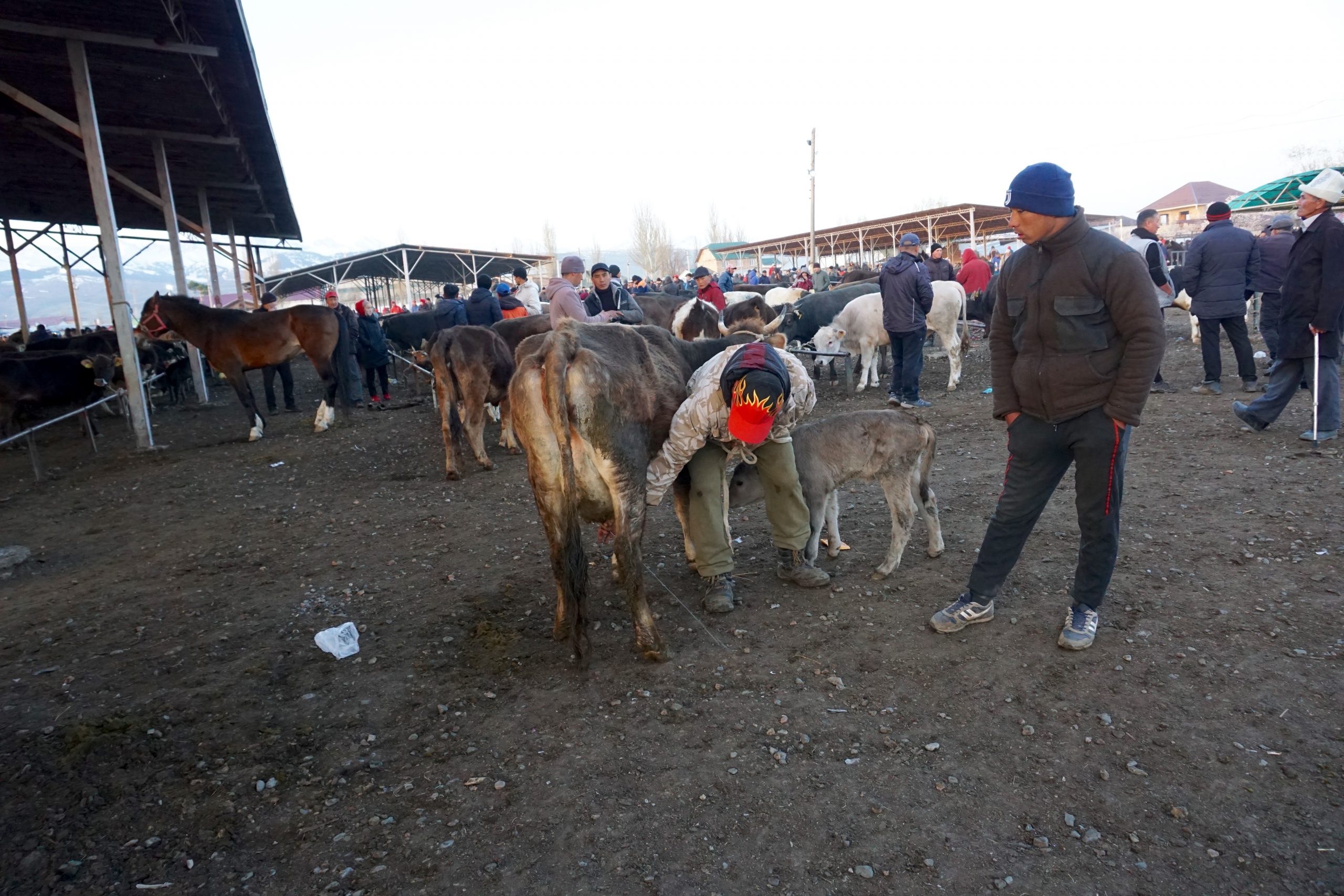 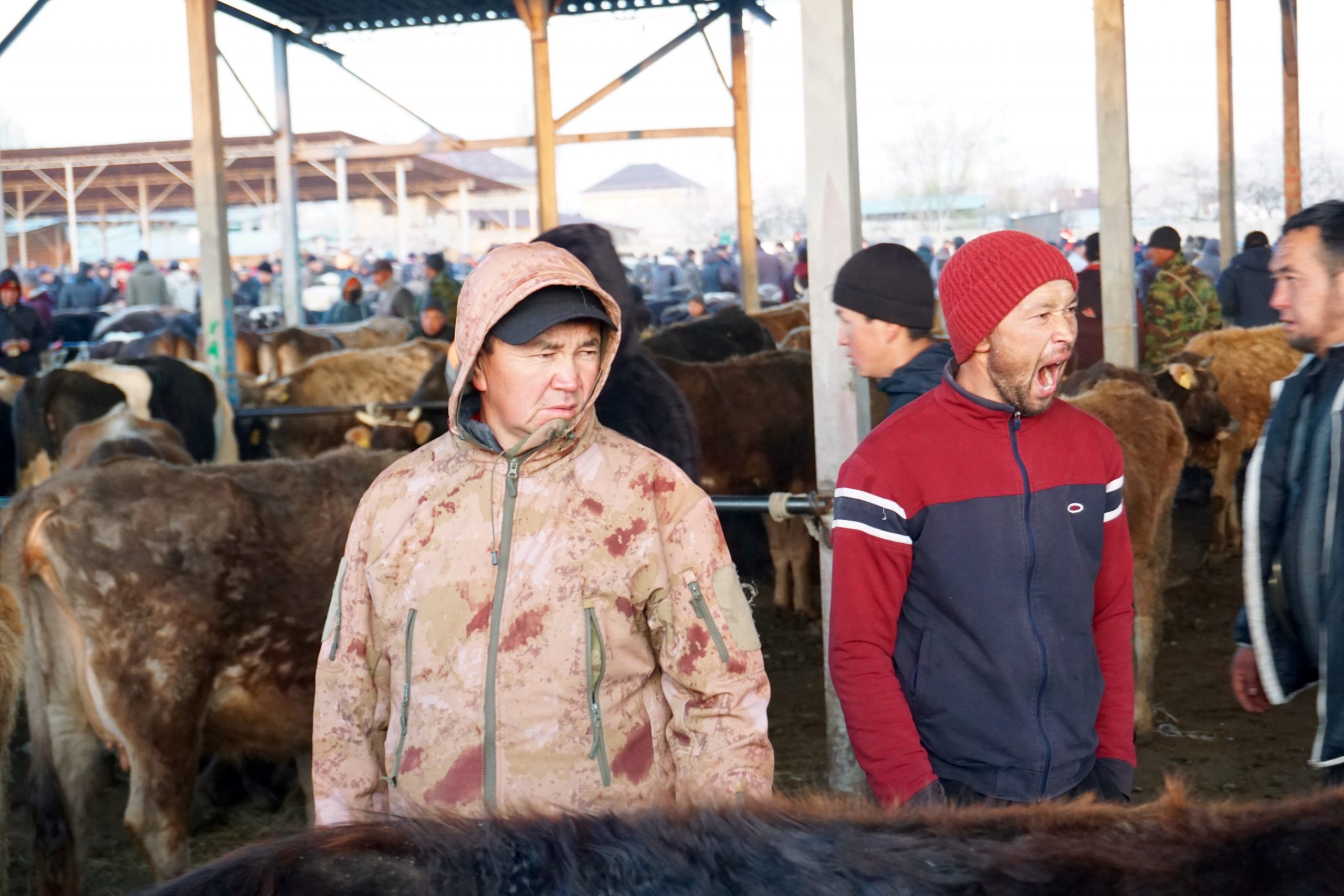 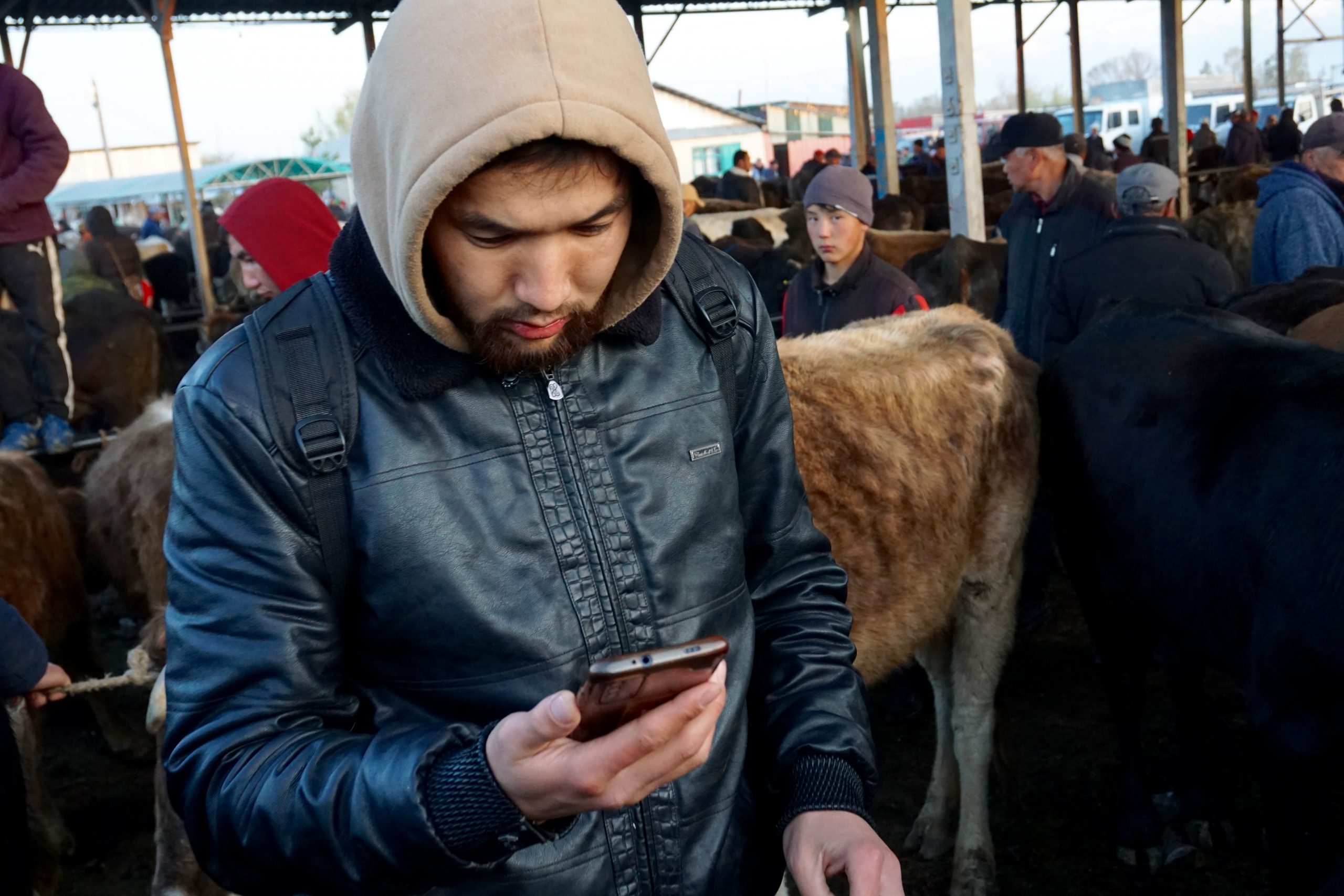 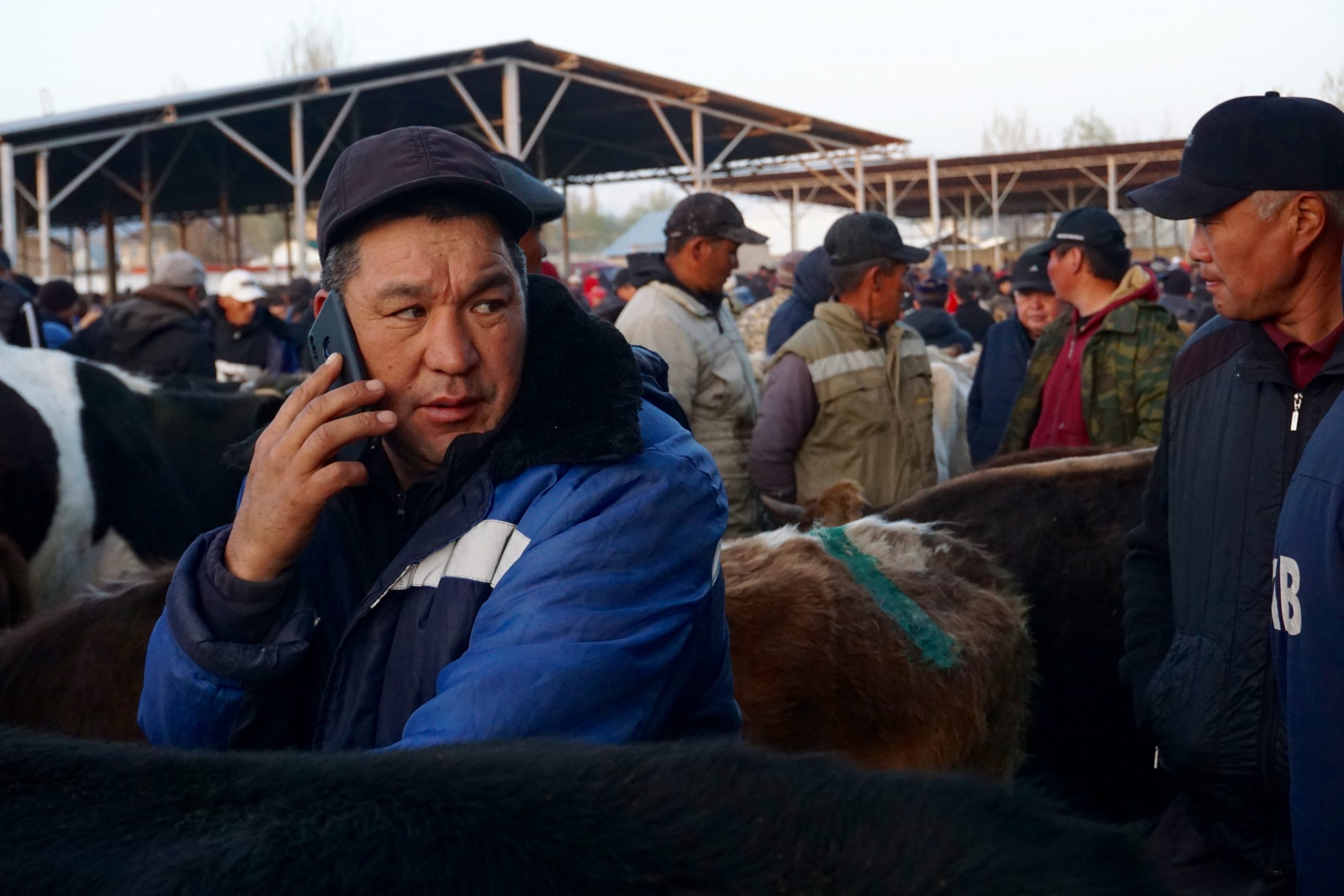 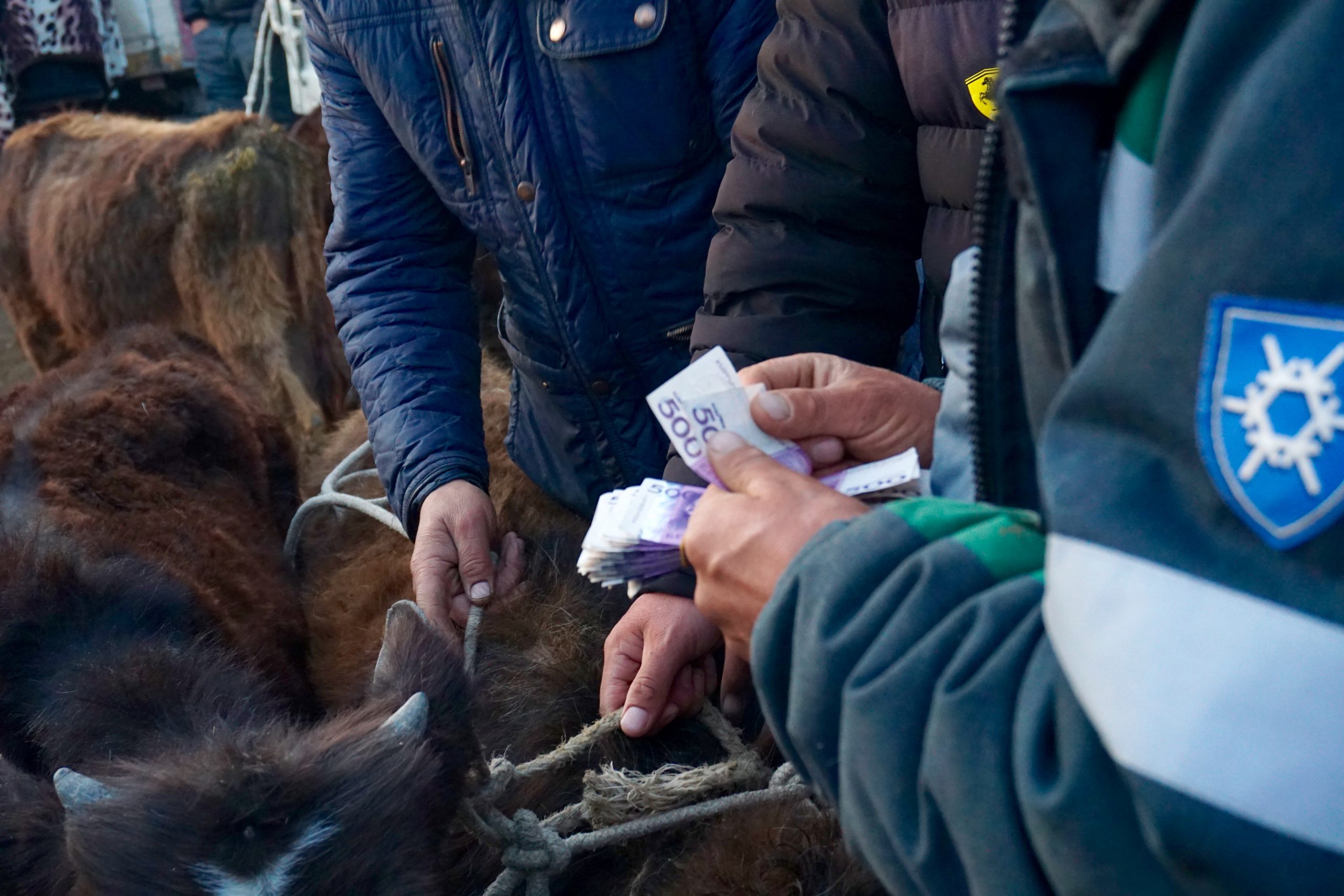 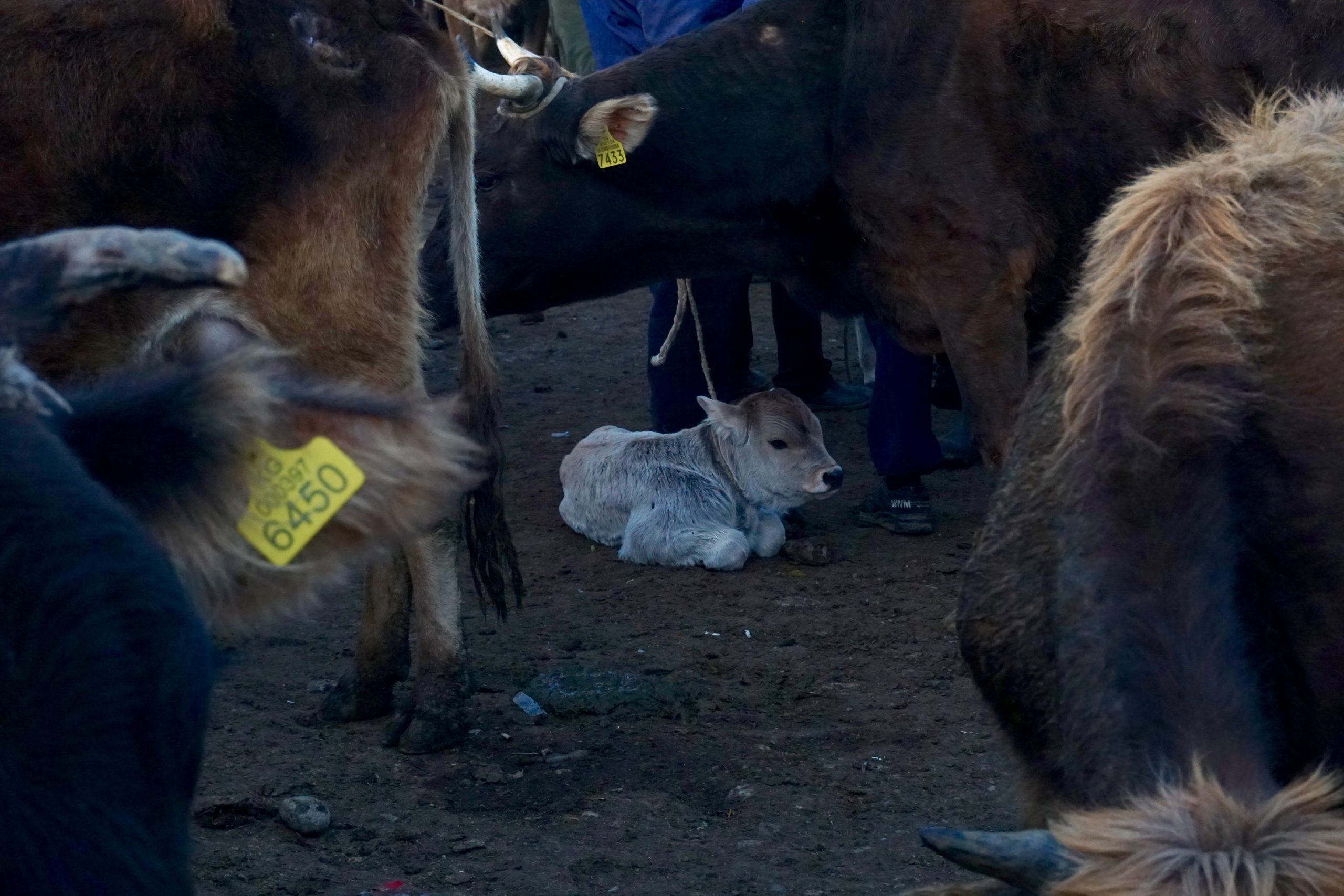 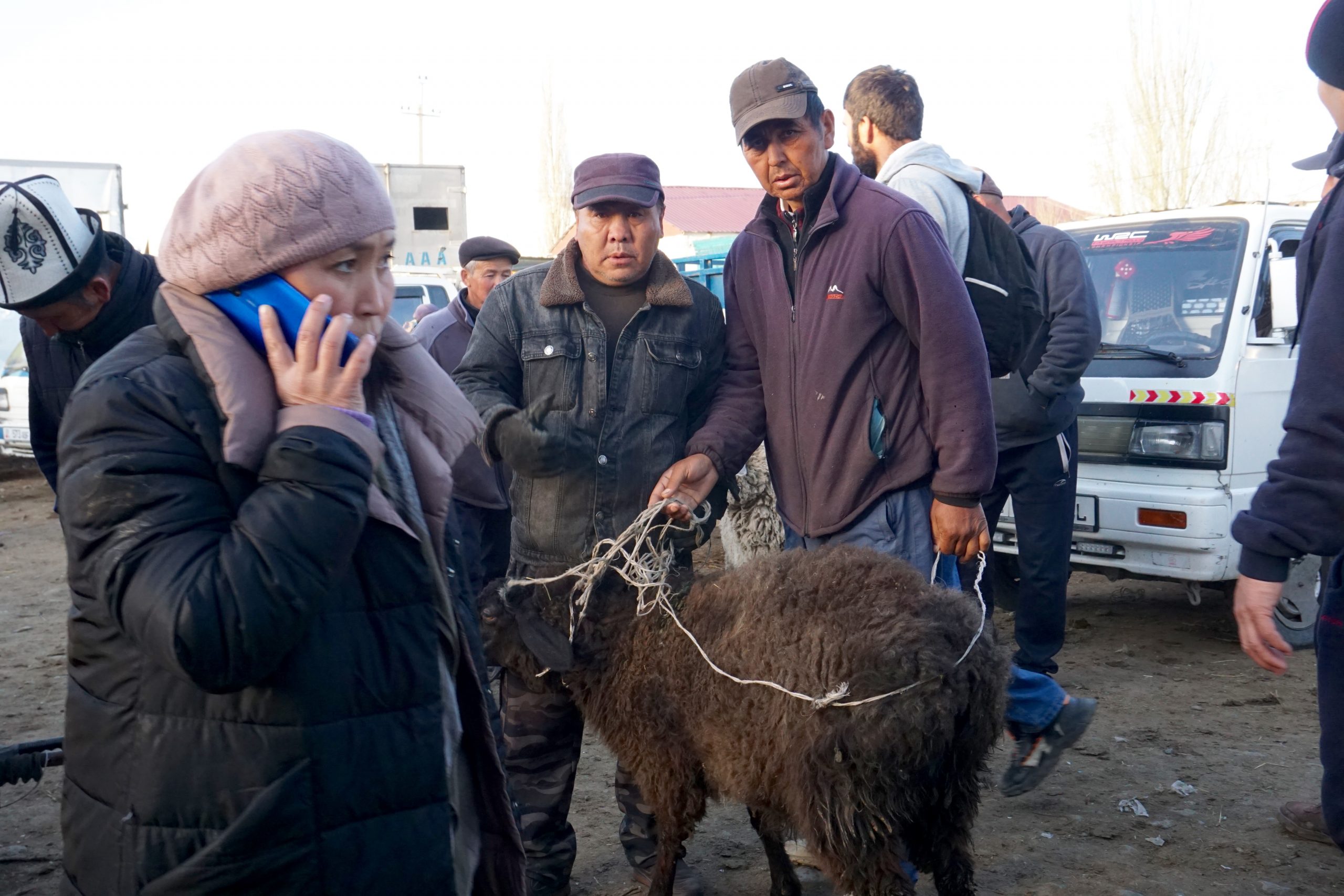 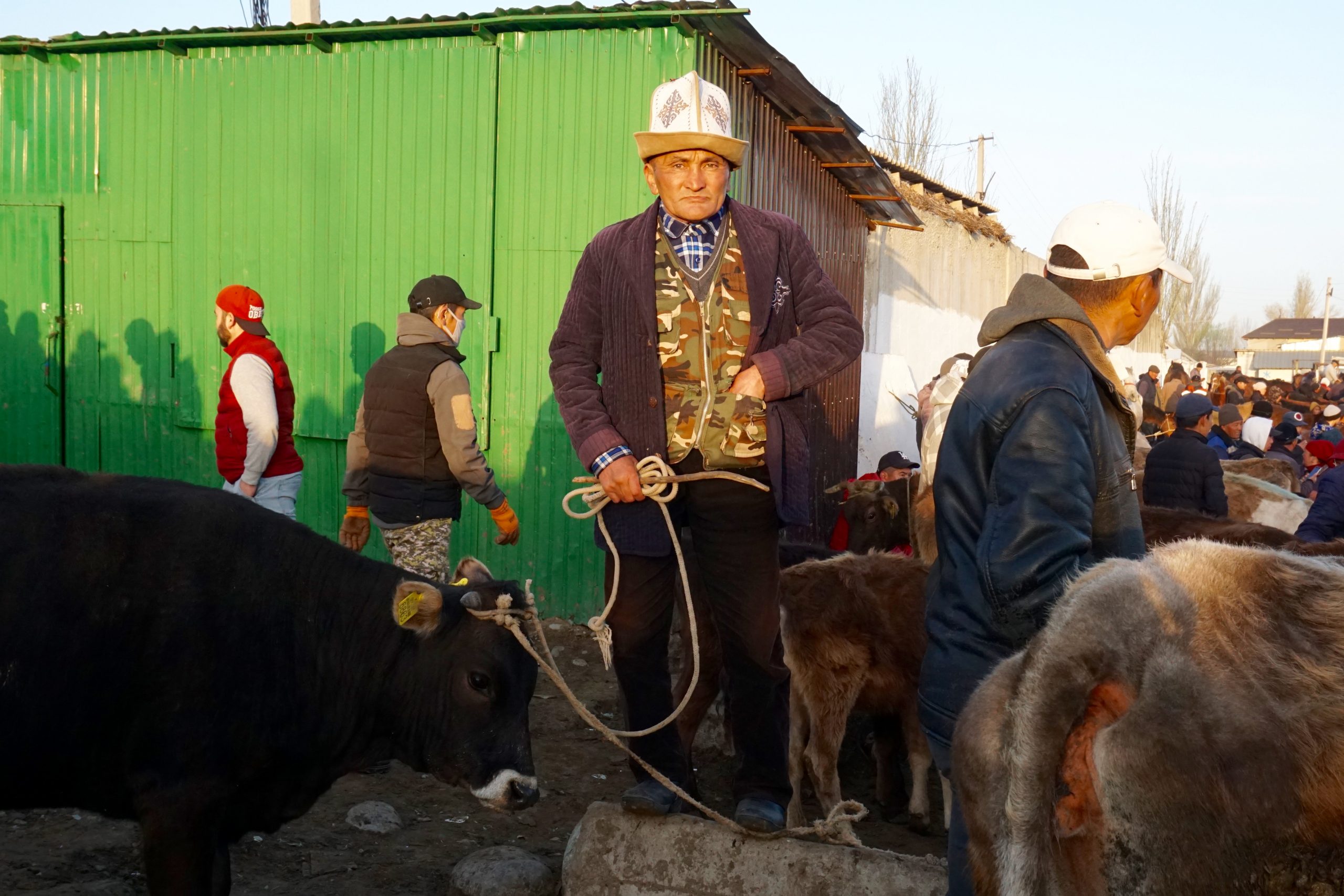 Horses were the most difficult. They were sometimes a bit nervous anyway and moved faster and I had to be careful that they didn’t hurt me. Sometimes people had to rescue me because I didn’t see the danger from the left, right or behind. 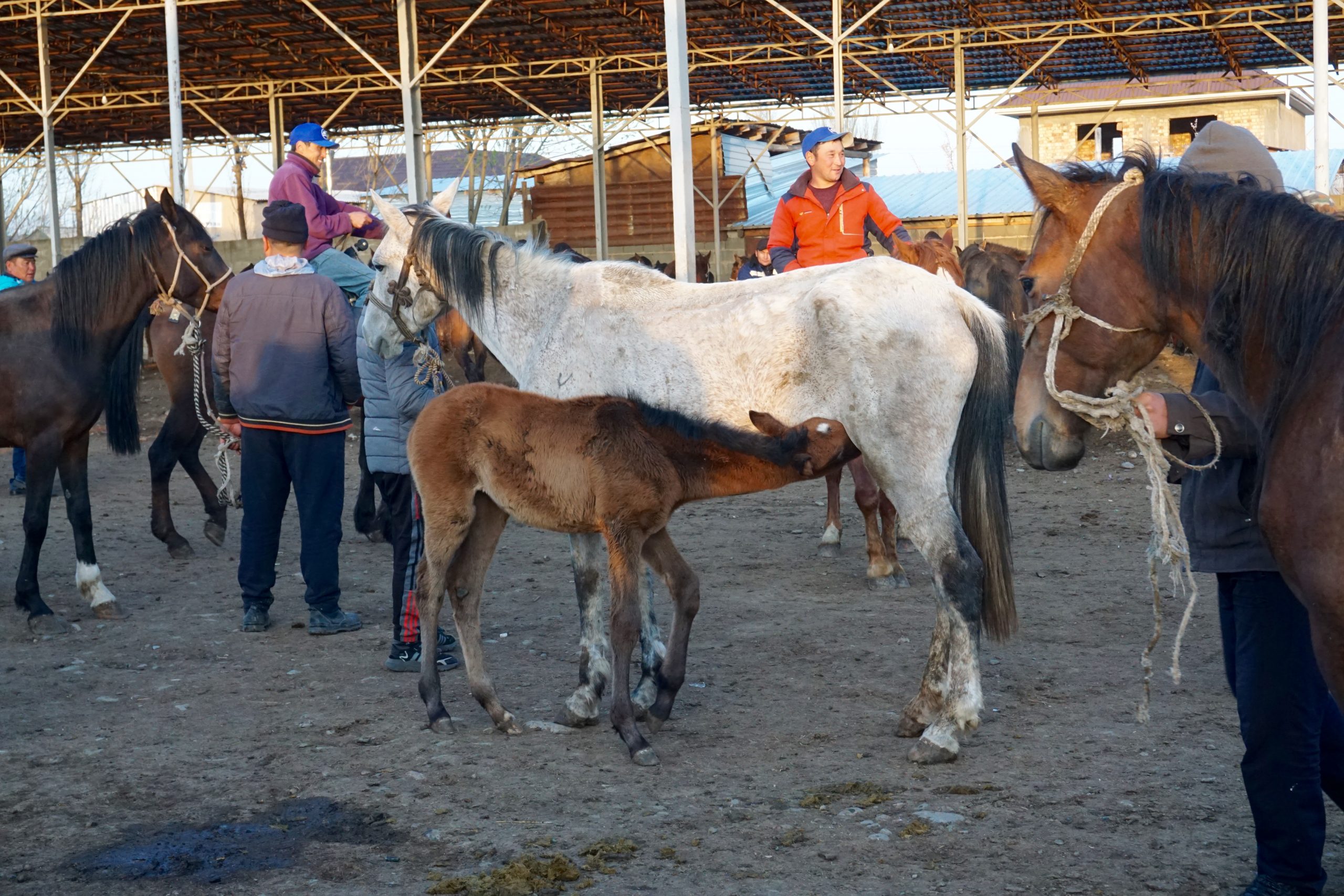 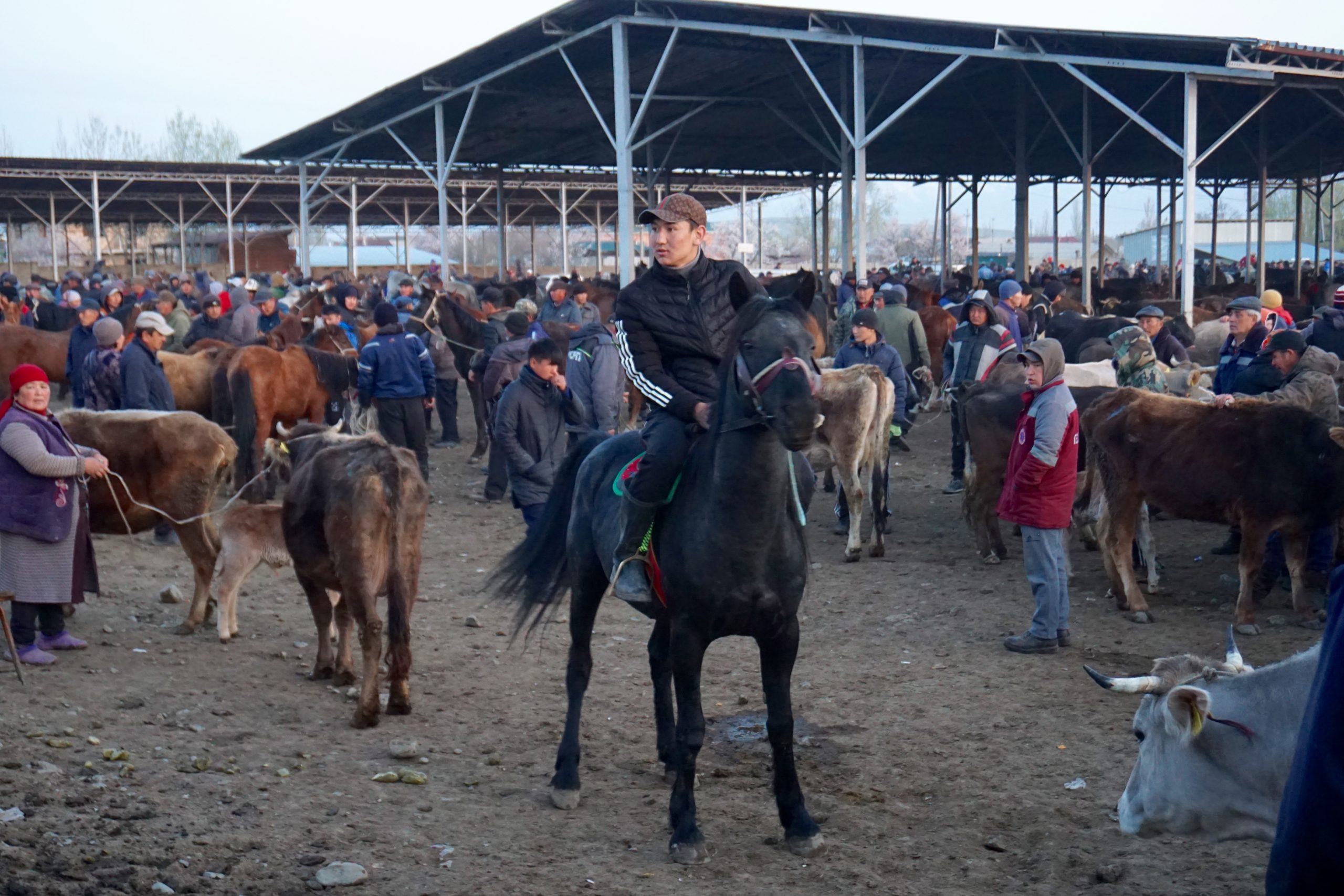 Then I took a taxi back, had breakfast, said goodbye, took another taxi to the bus station and then drove to Bishkek. I was definitely glad I went there.