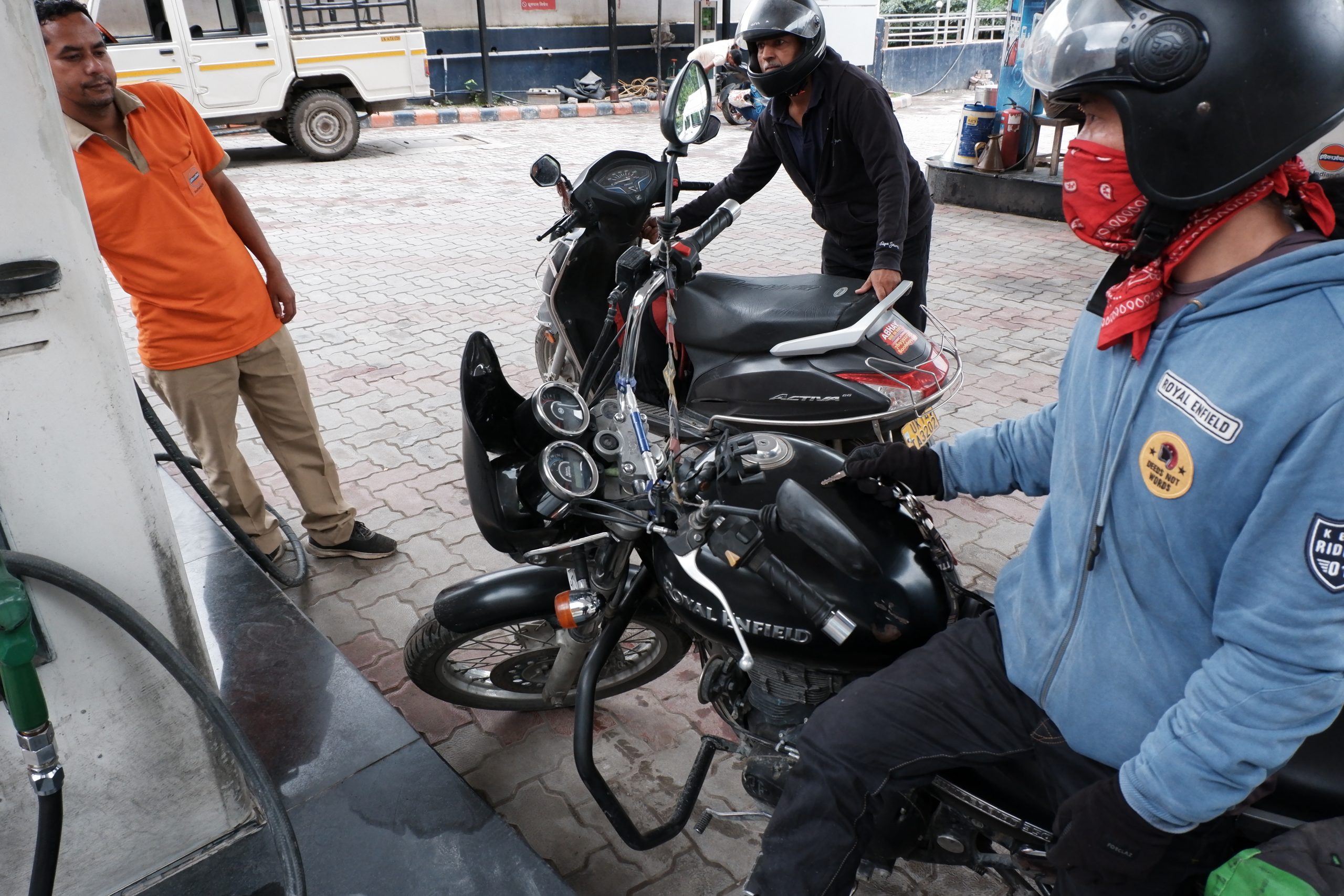 Phew, I was a bit excited about how it would all go with me and the bike and our little temporary tour group and slept very very little. Binodh has a Royal Enfield Thunderbird 350 – that’s a pretty big heavy bike. There’s a lot of rodding in the back, where you can attach a lot of luggage. Binodh himself, on the other hand, is quite small (a bit taller than me) and thin, so it’s not really easy. The first time I went up, I was too jerky and had to find a technique to cope with everything. To say it in advance: we have become quite good at it in the meantime.

It was cloudy, the luggage was loaded, Prashant was late and we started. First we stopped for petrol (see above) and then the first downpour came. 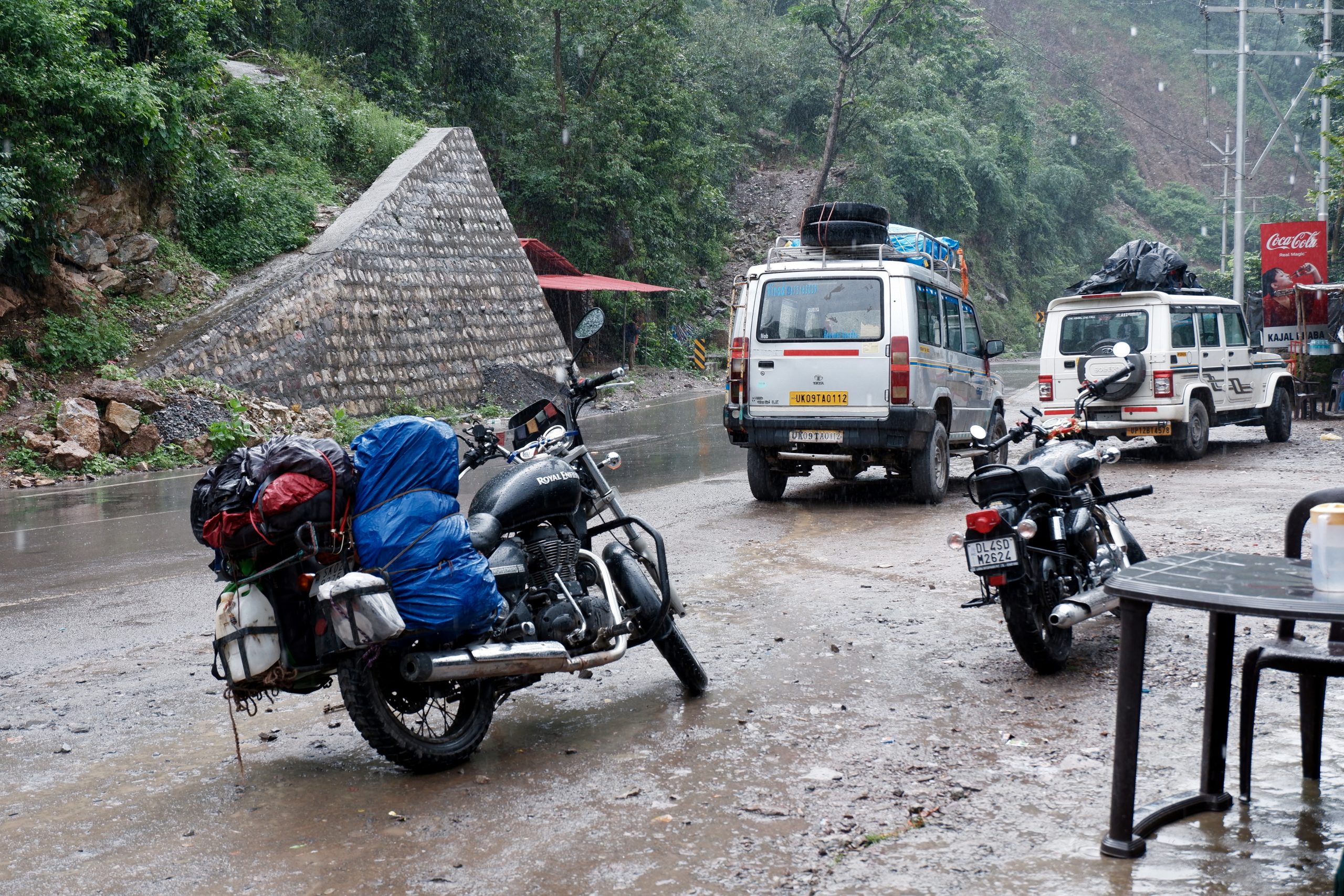 Motorbike in the rain

The rain stopped again, but it remained ugly grey. The mountains became more, but remained very green. There weren’t many towns and villages to be seen, but lots of trees and such on the slopes. The road was often quite good, but there were massive landslides that blocked half the road. I wonder if this is always the case or only after this monsoon. However, there were many vehicles driving up and down or winding their way along the mountainside.

After some driving we reached Devprayag, picturesquely situated at the confluence of 2 rivers (Bhagirathi + Alaknanda) and photographed by many people who stopped there. So did we. 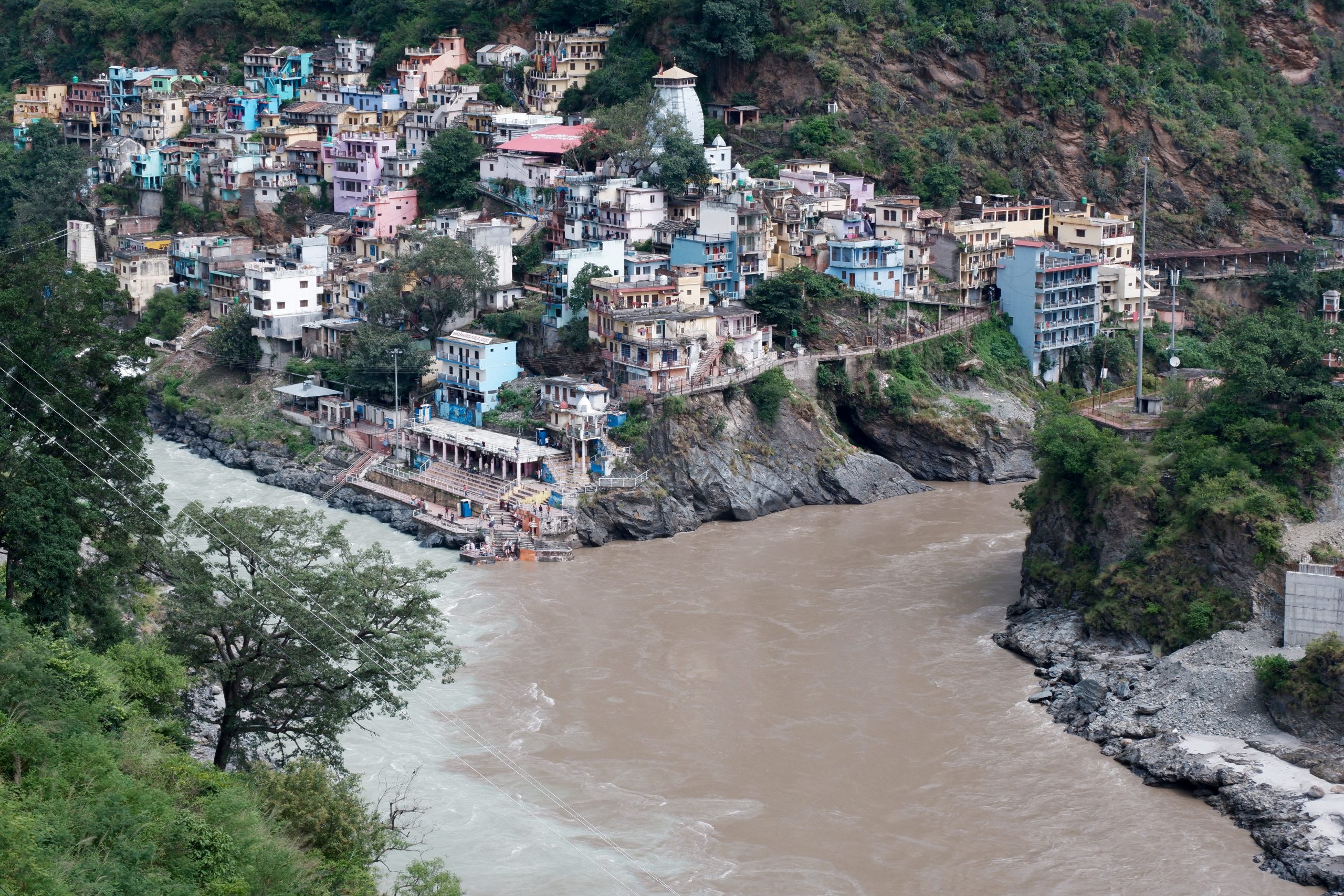 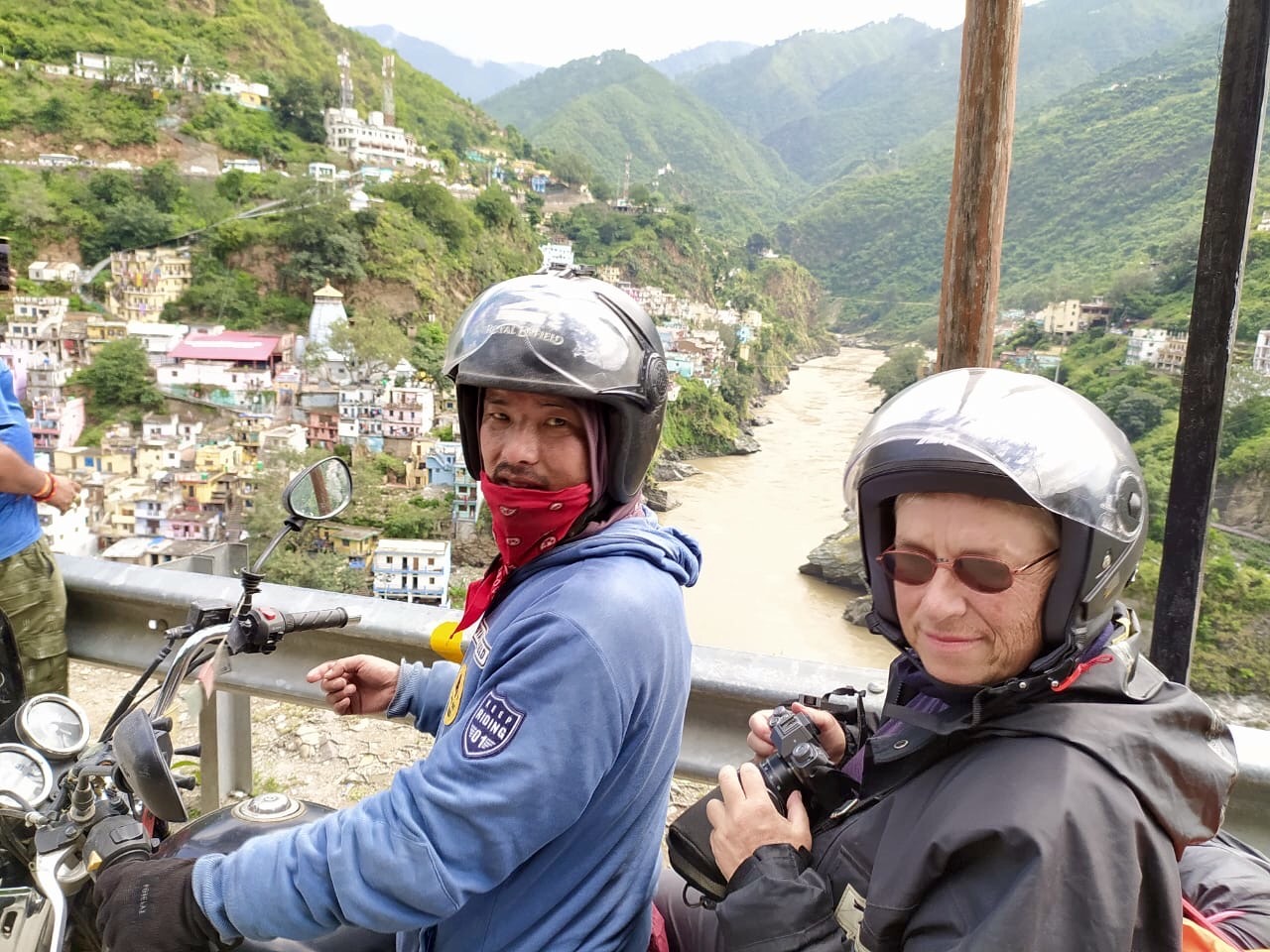 I didn’t take any photos during the journey that day, but I did later. Our destination was Chopta, 200 km northeast of Rishikesh. 200 km is quite a long way when you’re on a motorbike like this. I was really comfortable, but it is exhausting. And then I was also tired. Sometimes we stopped and had a cup of tea. 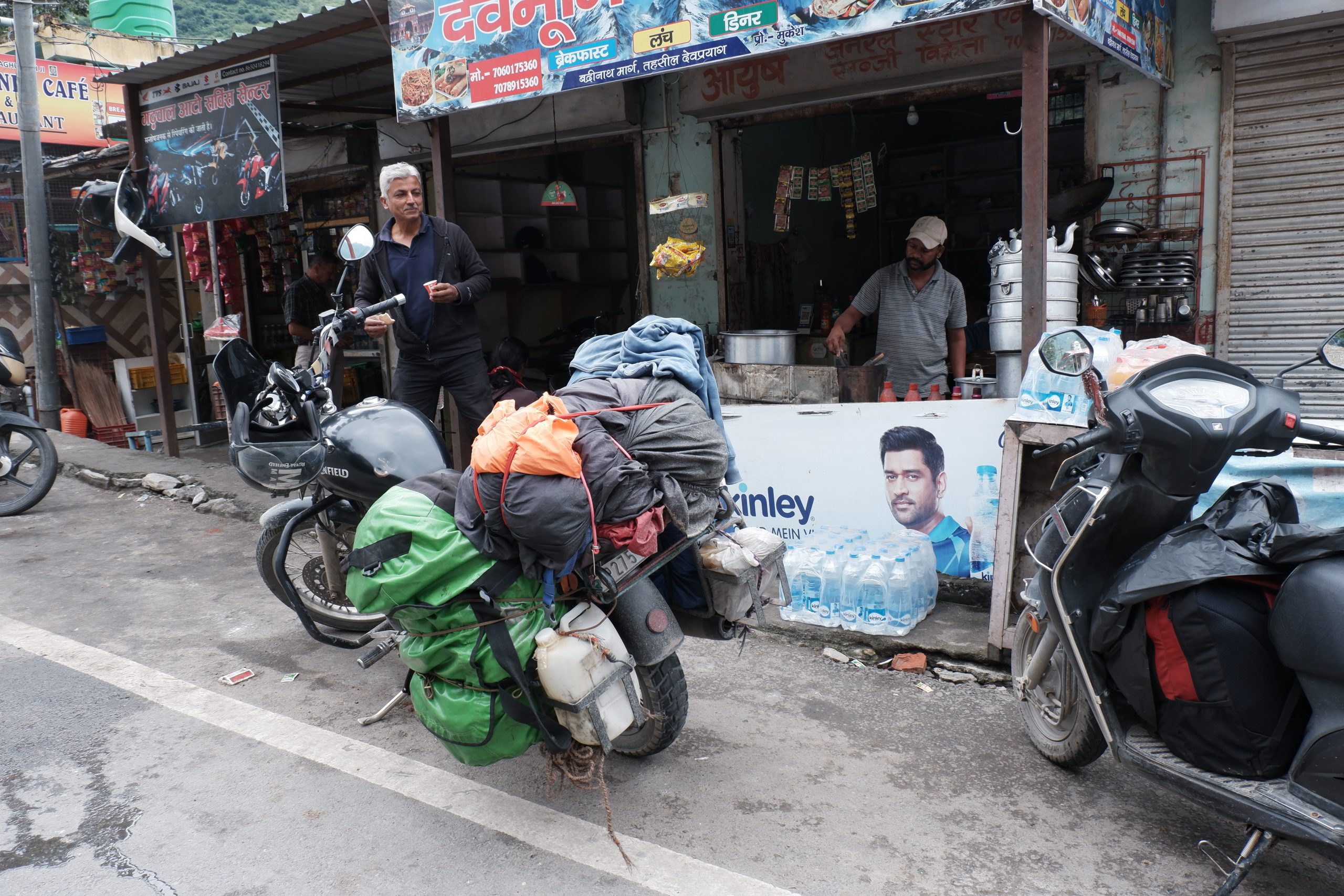 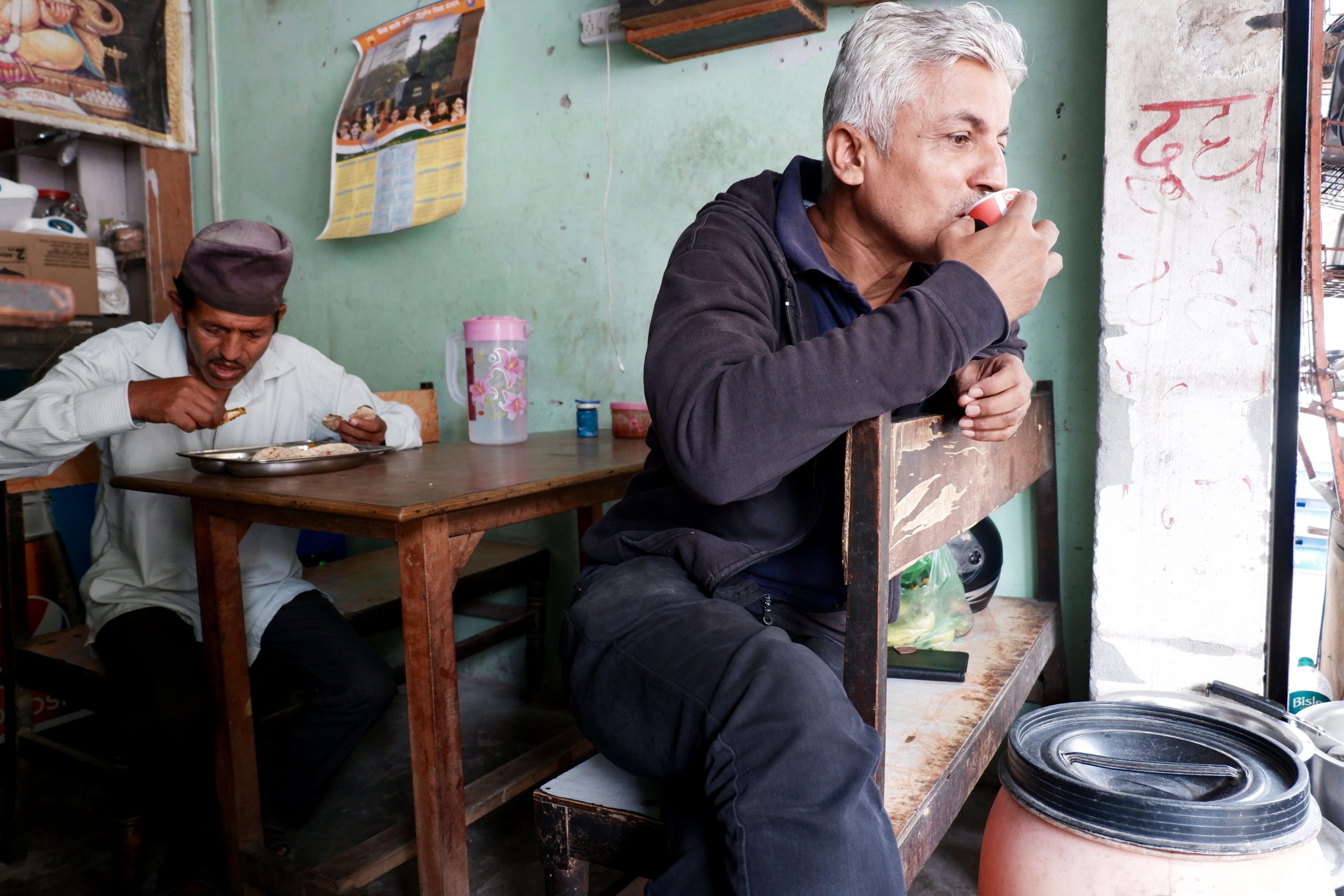 Binodh’s motorbike was a bit faster than Prashant’s Scooty (which was, however, faster than expected) and so it happened that we stopped somewhere and were visibly on the road, but Prashant drove past and then we had a bit of difficulty finding him again, as he had also driven along another road. Lunch was thus separate, for us in a pretty ambience. 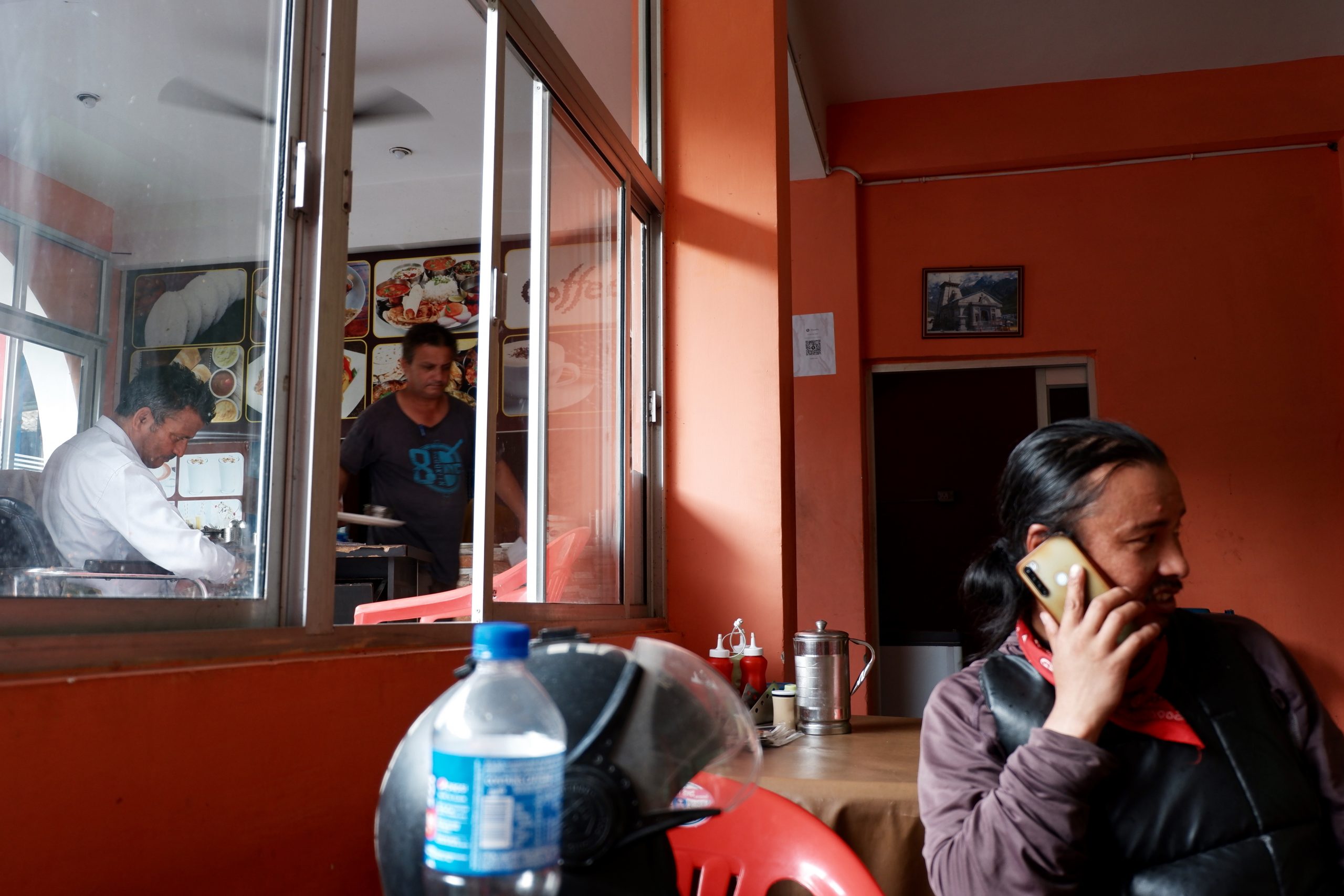 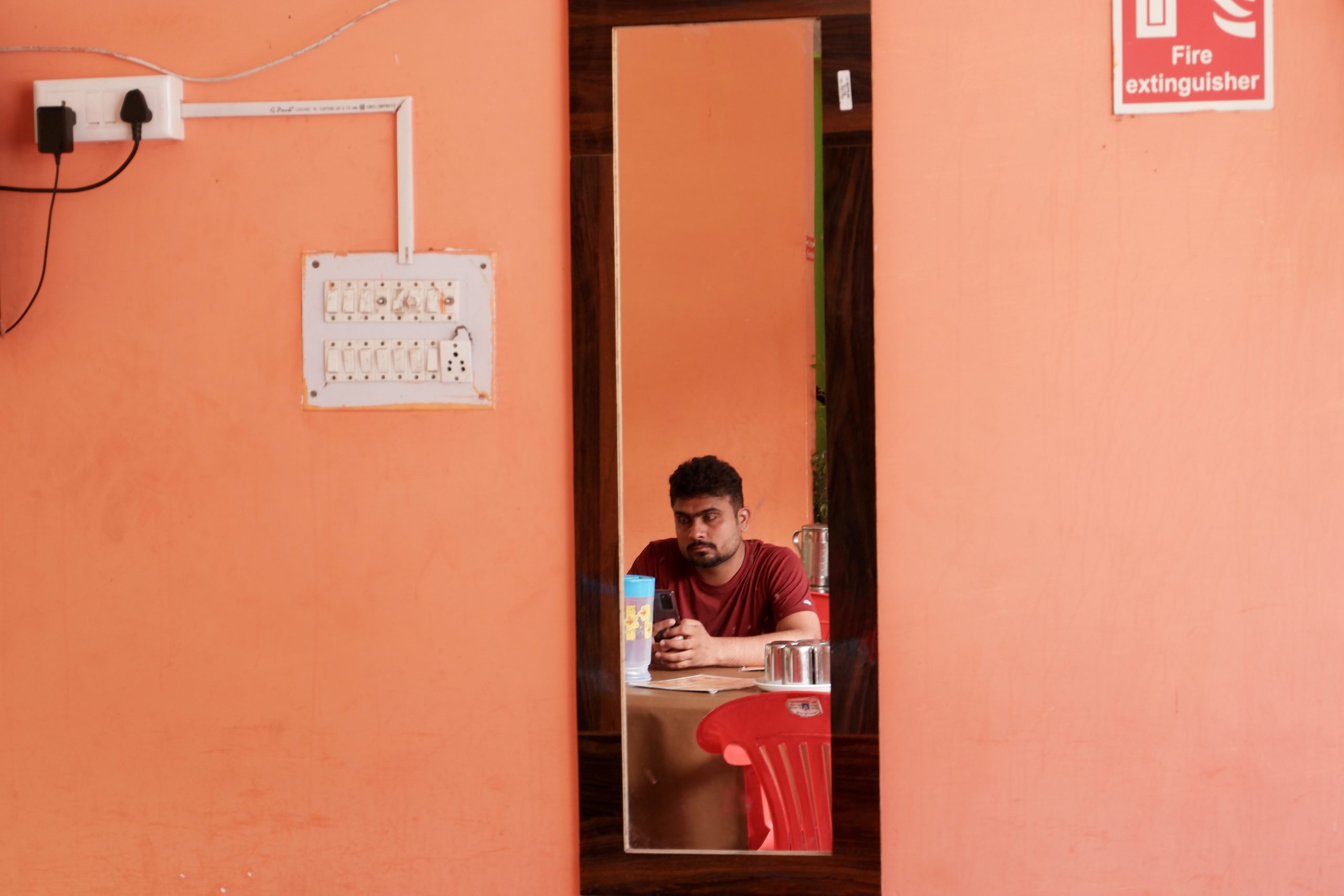 The big road leads to Kedarnath (among others) and we then turned off towards Chopta. Here the mountains became more and more beautiful. Curve after curve we climbed up, the views were fantastic, it was slowly getting dusky and black clouds were piling up. It looked great – but unfortunately we hadn’t reached our destination yet and then got caught in heavier rain. A small dhaba offered us some shelter. It was actually very cosy. 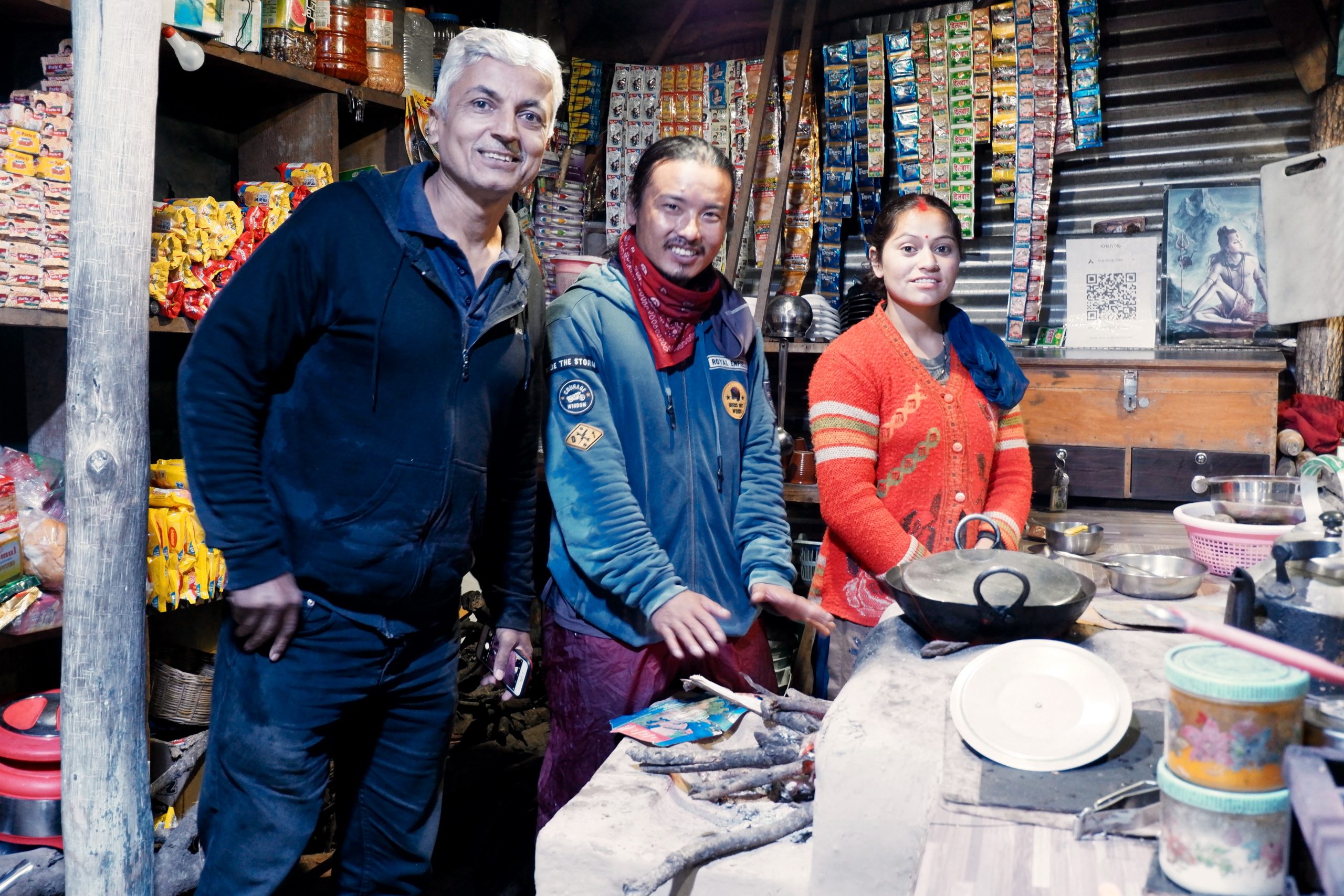 And then we set off after all and drove through the rain the last few kilometres. From Chopta, it was supposed to be a day trek to Tungnath Temple and a mountain peak, i.e. everything is geared towards pilgrims and thus functional, but not beautiful. But the next post will tell about that.

It should be said that it is not easy with a mixed group of travellers, where the characters are quite different. Prashant is more or less the most typical Indian, the one you have to wait for all the time. On the other hand, he is obsessed with his mission to fight the littering of India. He is particularly fond of plastic waste and is constantly lecturing everyone who is doing something wrong. He’s right about that, but in the long run it’s exhausting in social interaction. In addition, he has a whole bunch of rules for life that relate in particular to the body and health. No yoghurt in the evening, hot drinks when it’s cold and I’ve forgotten quite a lot. He tells you what’s on his mind all day long – and that’s a lot and beats me by far! At least I think so….

Binodh, on the other hand, is a bit more quiet and often you don’t know what he’s thinking (except when he sings, then he seems happy and when he really doesn’t like someone, you can tell) and I often felt like I was between the two of them. Or rather, just hoped that they would somehow get along, which they kind of did. It was probably just me who was a bit stressed.

What happened next with us? The answer will be in the next blog post!