No, not a bathing day, the swimming costume remained an unused item in my backpack. Instead, I had chosen a short hike to the monastery that appears in most pictures of Lake Sevan – the Sevanavank Monastery. A little over 7 km seemd to be a track and not to go along the highway, which is located on the lakeshore. I thought it was a path, but it was also road, though not very busy. I had leisure to register the small interesting features. 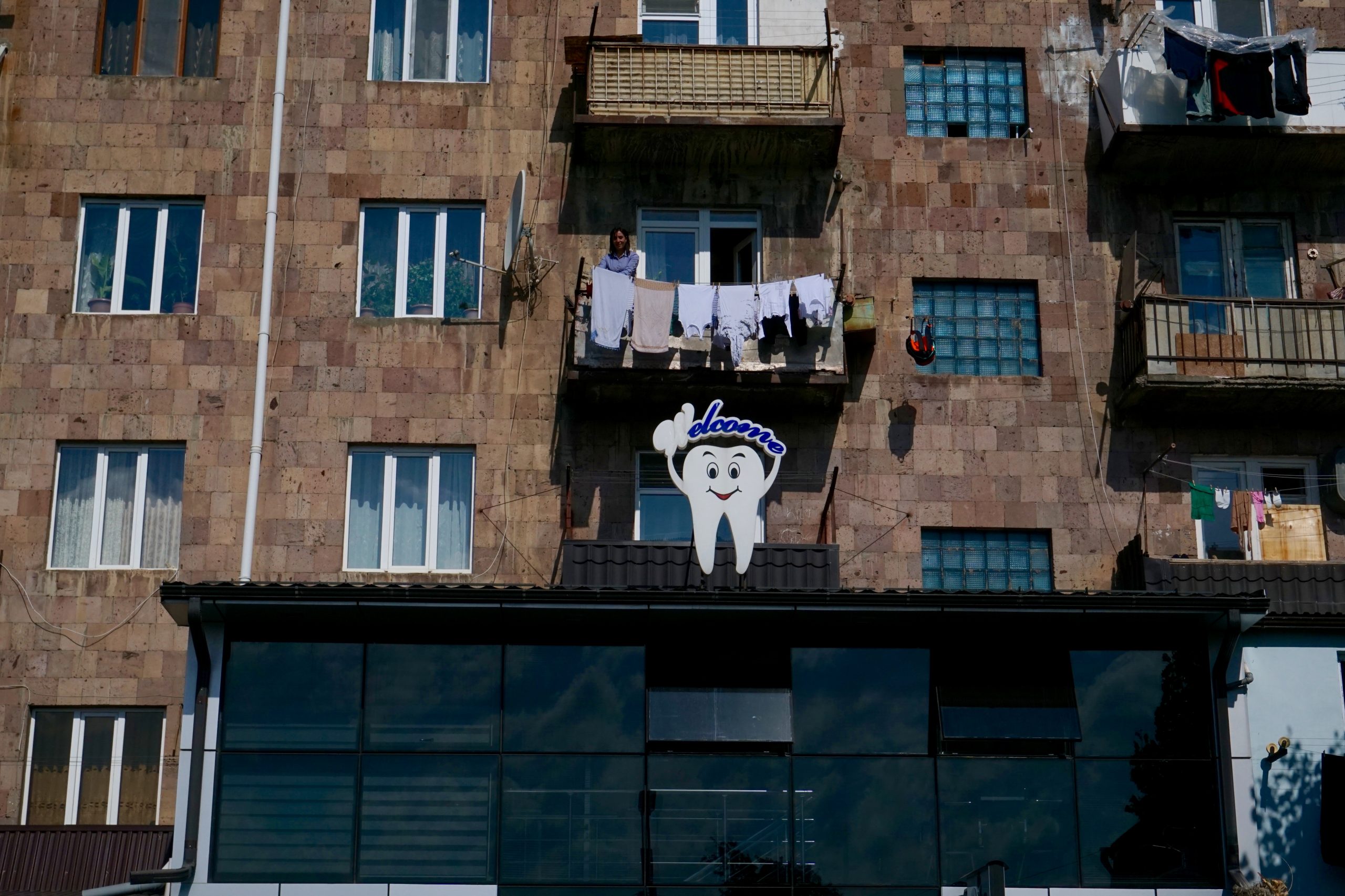 Signboard for dental problems. The tooth looks happy, the person perhaps not. 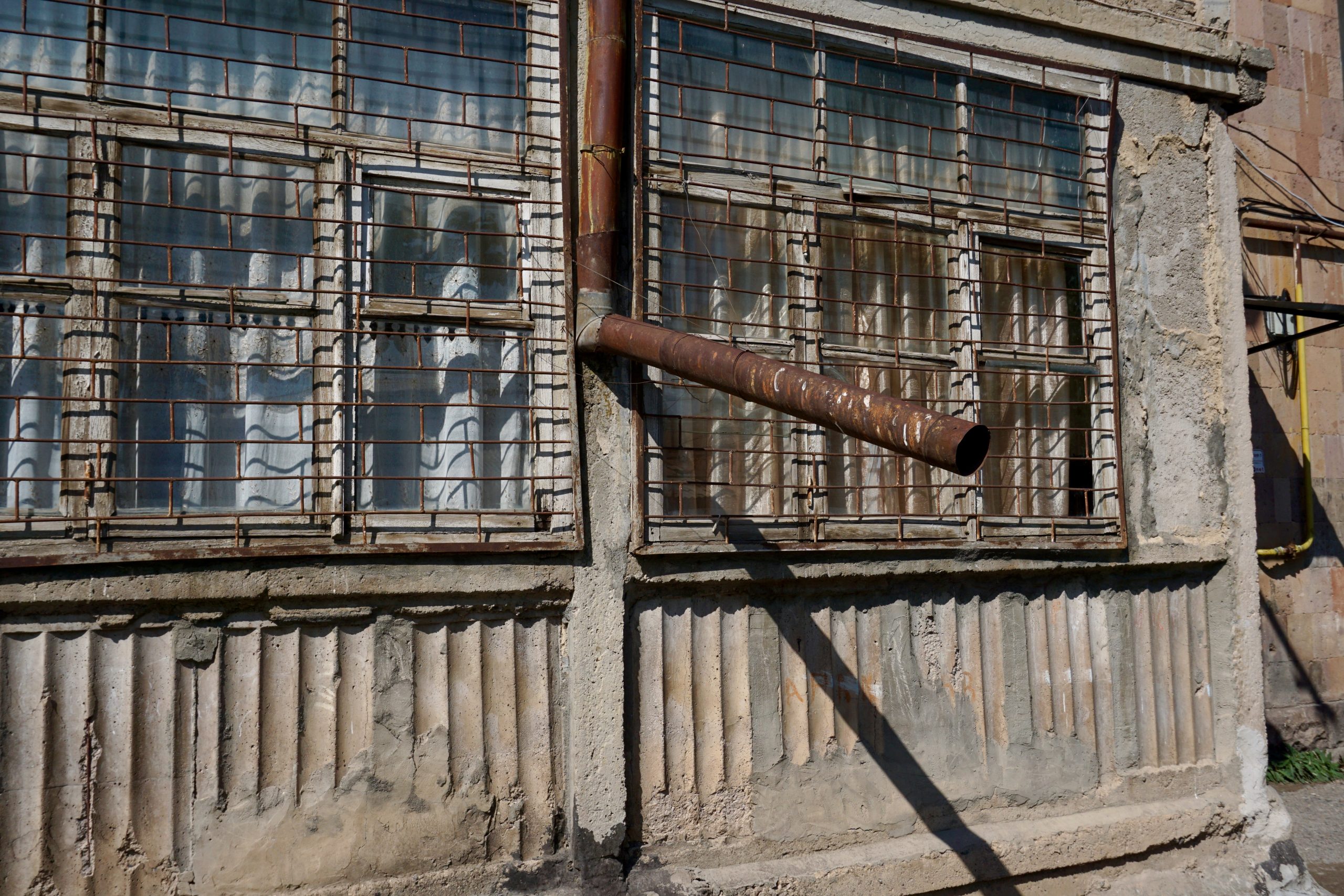 Gutter pipe, you could stand down to take a shower 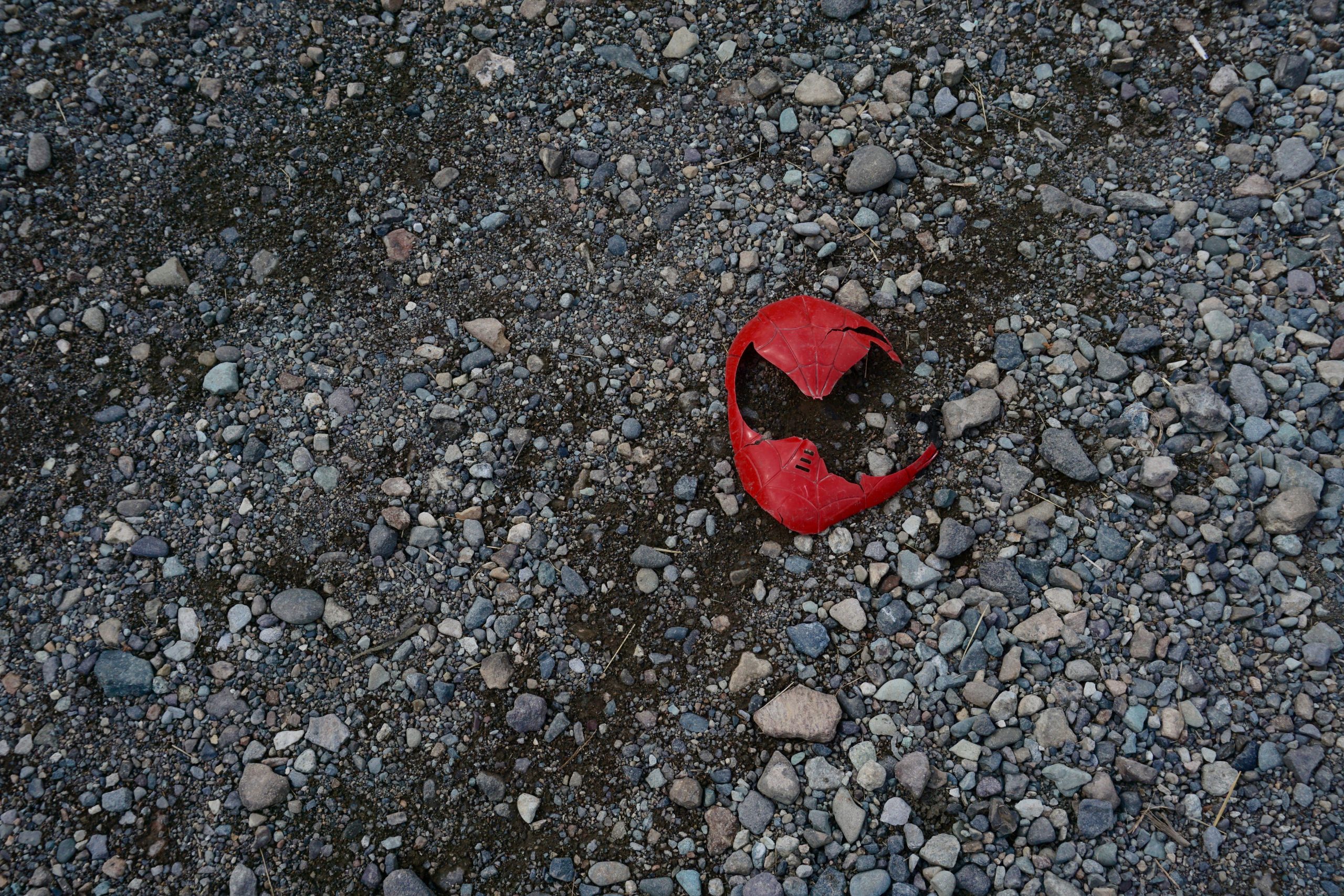 Spiderman dumped his broken mask on the street 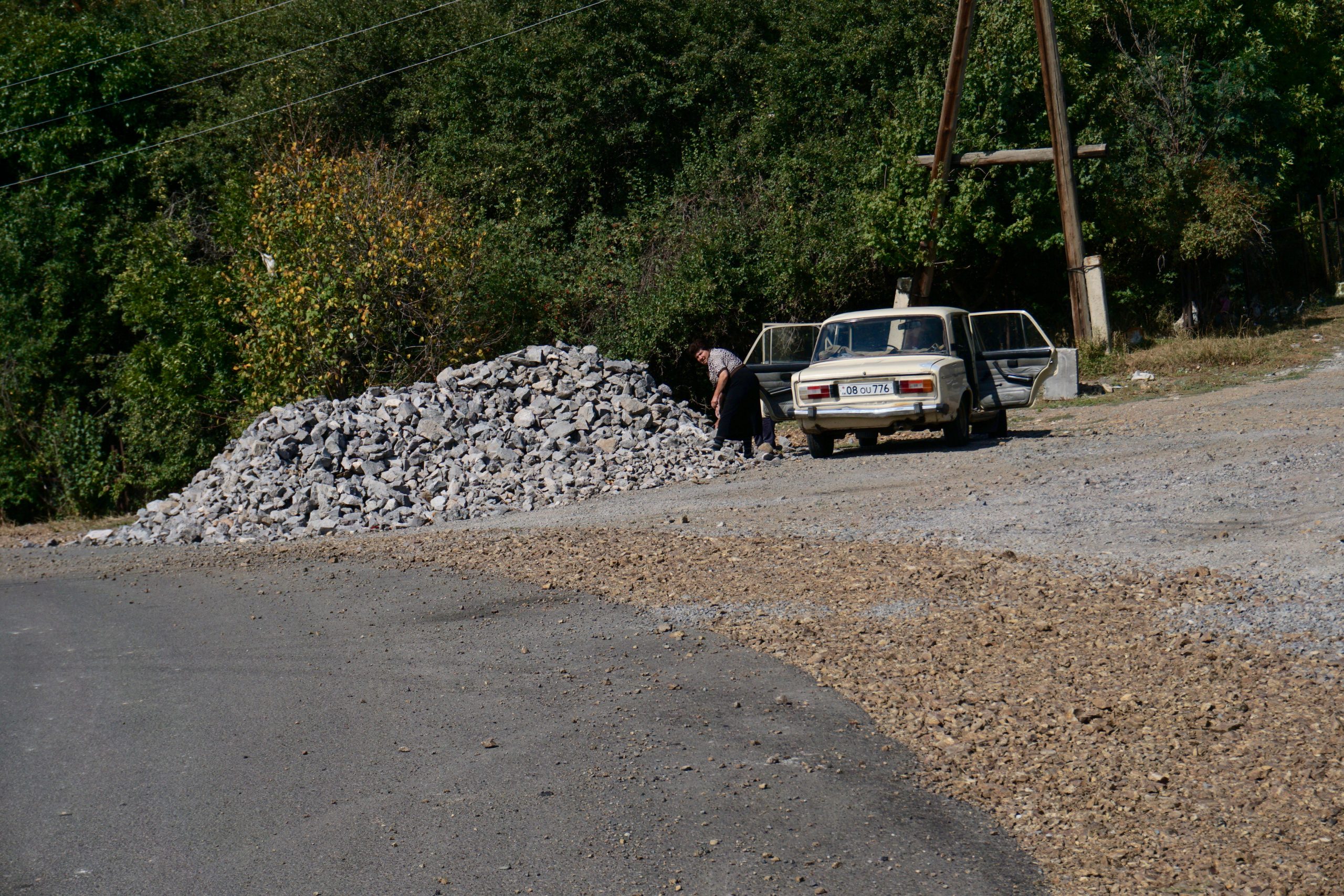 These people have loaded their cars full of stones. You can use a lot of things that are lying around. 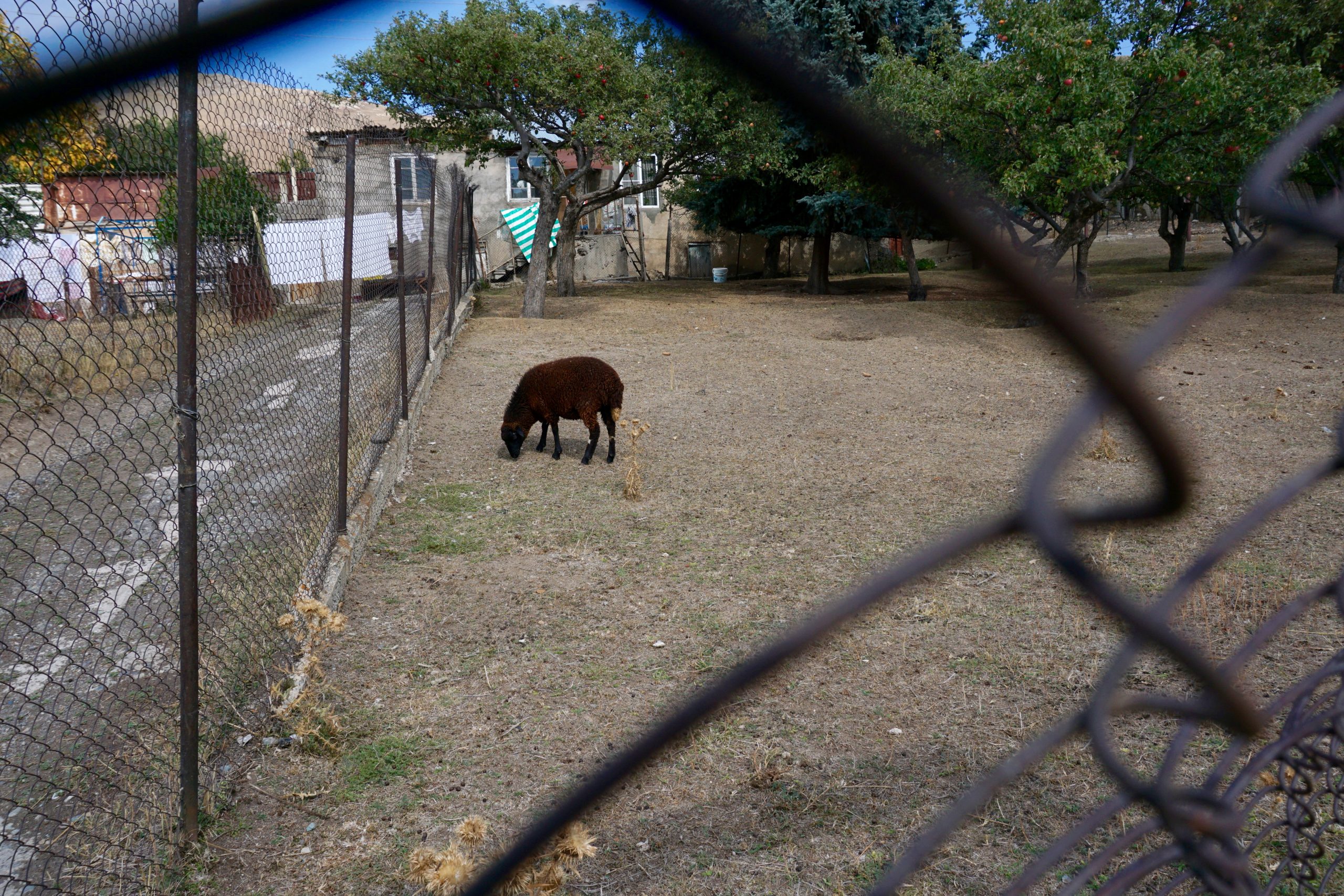 Sheep in the garden instead of in flocks on grass steppe 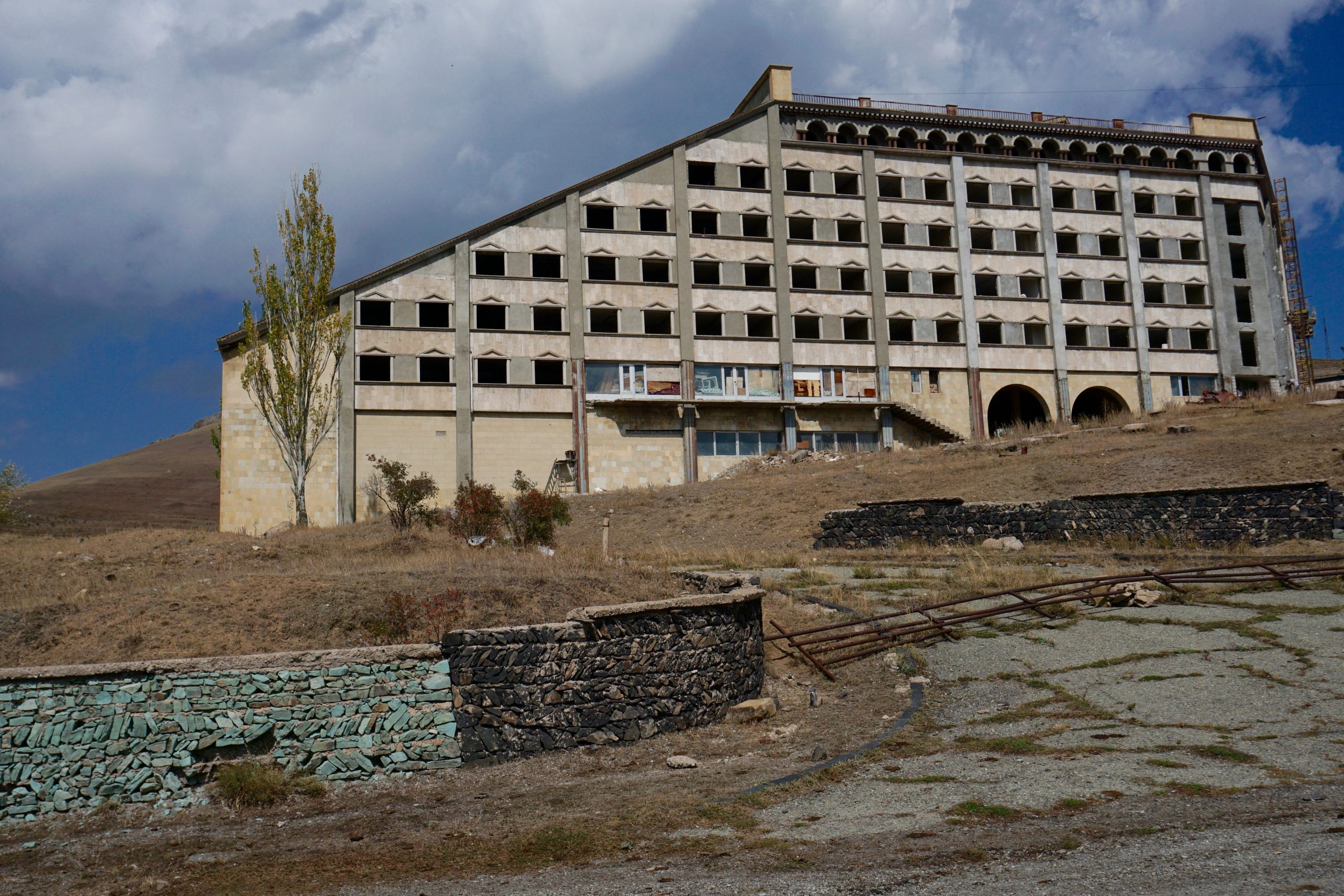 A new hotel under construction. I have spotted 2-3 workers 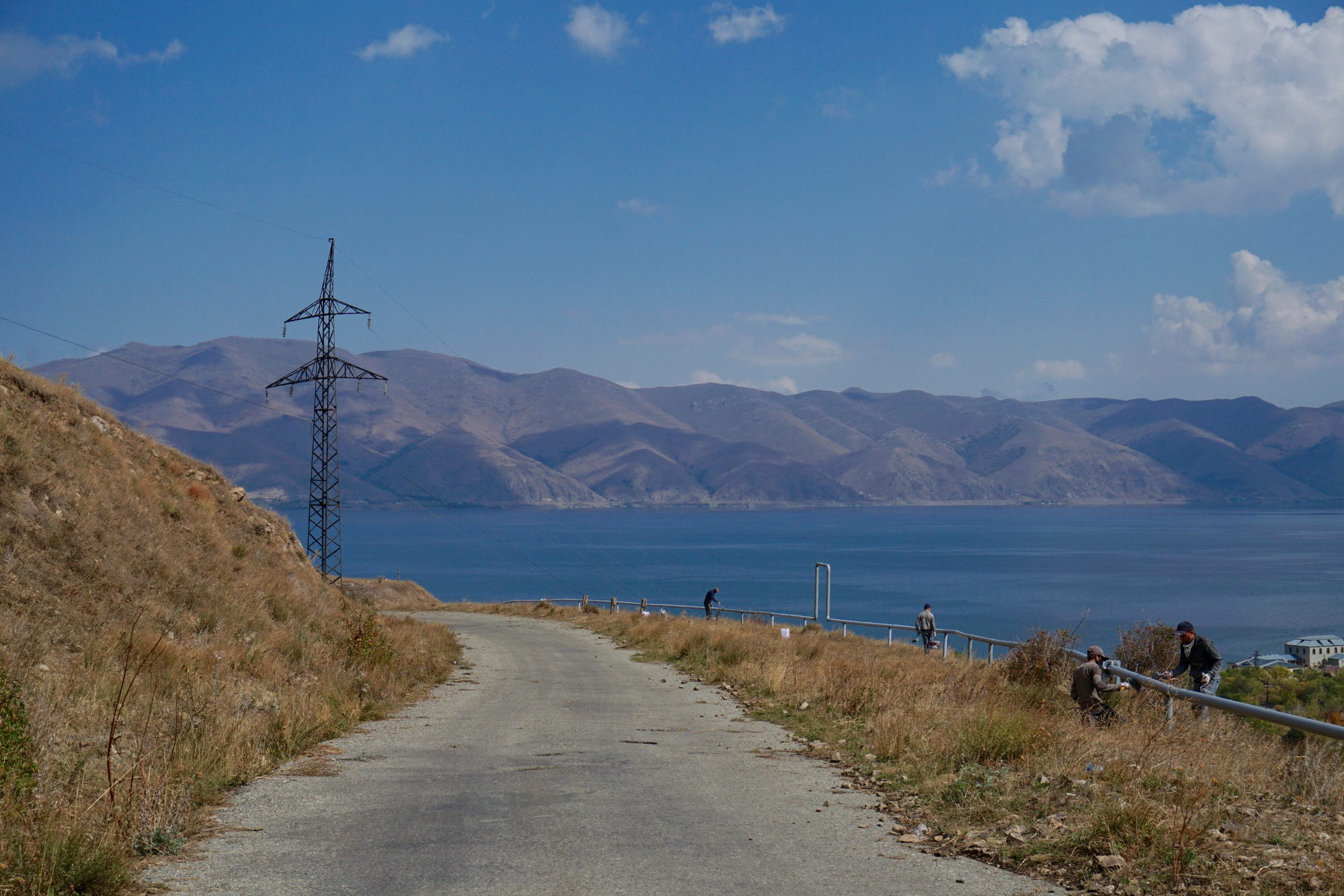 The path was higher up and so I had a good view of the peninsula with the monastery. It used to be a real island, but then the Russians diverted a lot of water for agriculture, the lake level dropped extremely and the island became a peninsula. 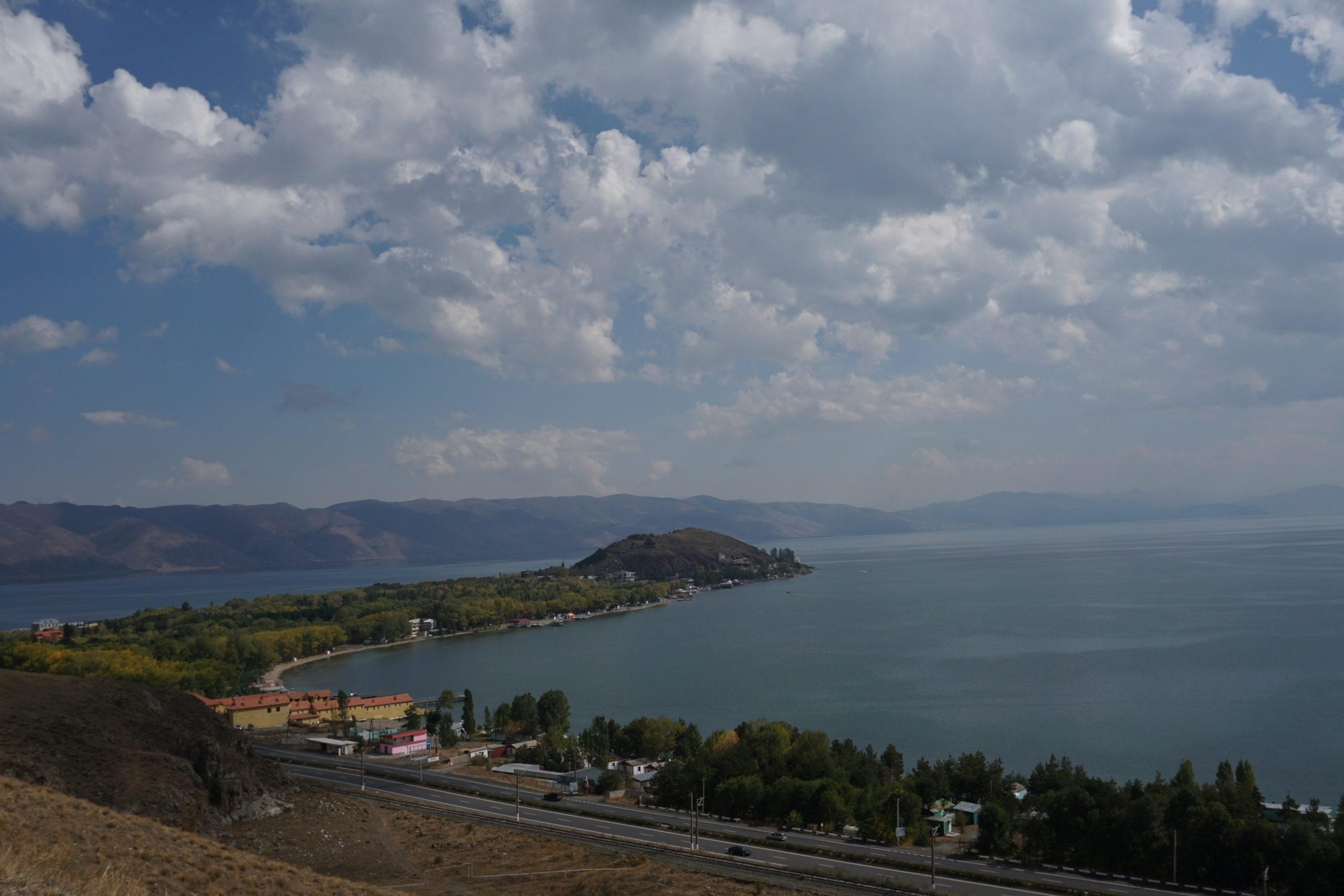 This ex-monastery is probably a “must” in the tourist sightseeing programme, there was a large car park, many stalls, bars and tourists.
Once, life in the monastery was very strict, sinful monks and disgraced Armenian nobles were taken in. They also trained in medicine and the monastery became a popular place of pilgrimage. In 1930, under Stalin, it was the end.

Here are a few pictures from the visit 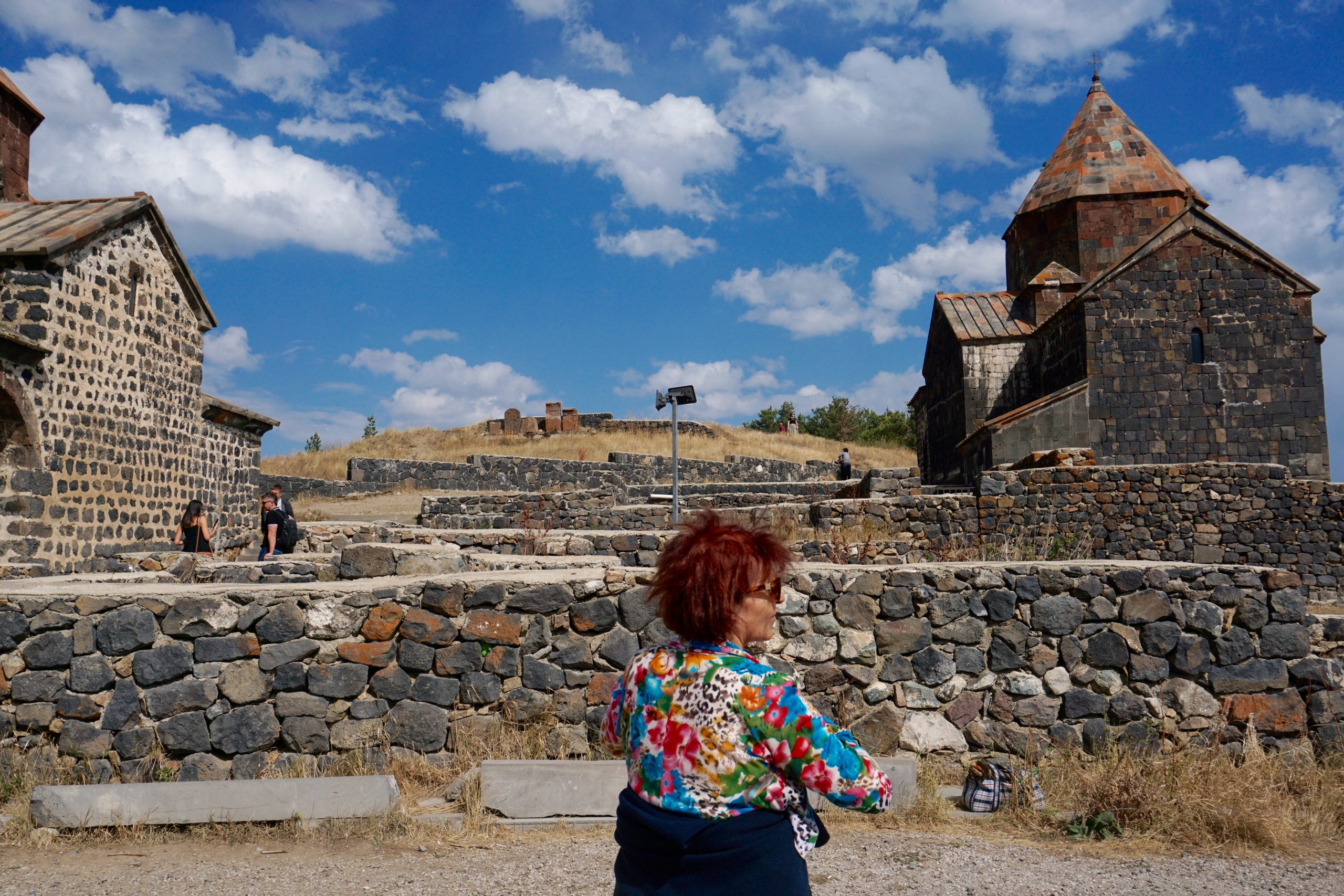 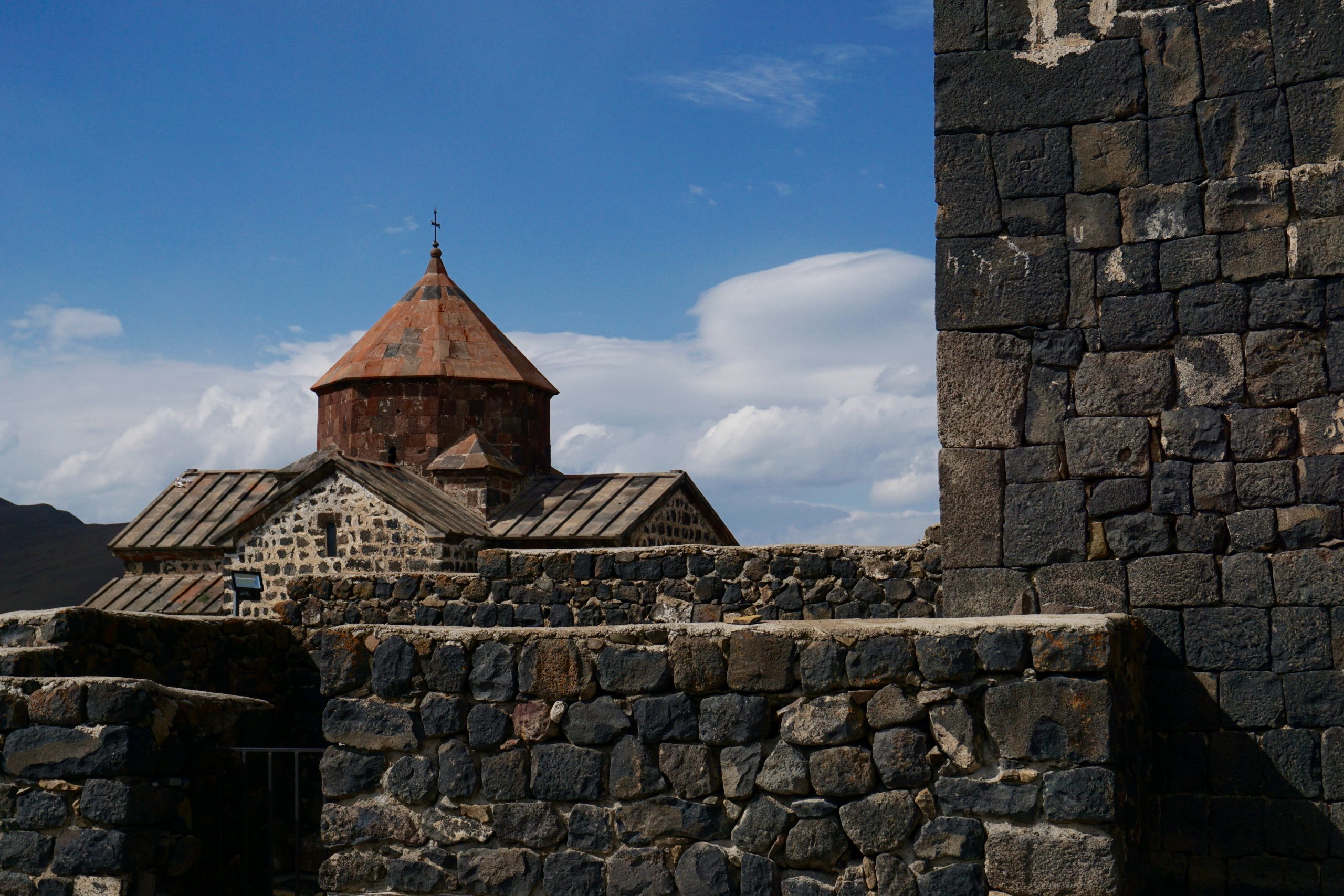 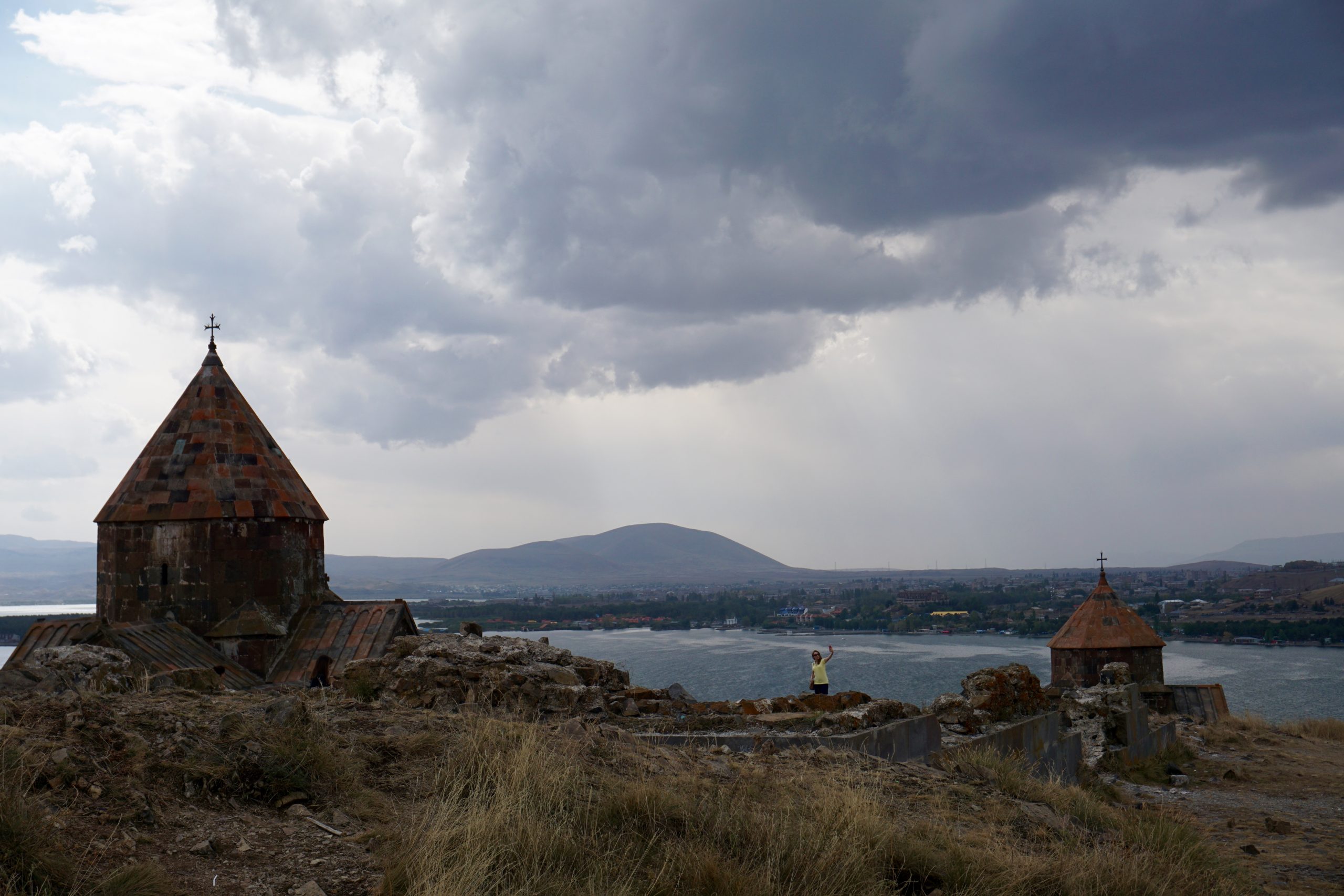 On the way back, I wondered again about the pipe routing. Why are there always these bulges? At first I thought it was only on roads so that trucks could also drive through, but you can also find it in other places like here. 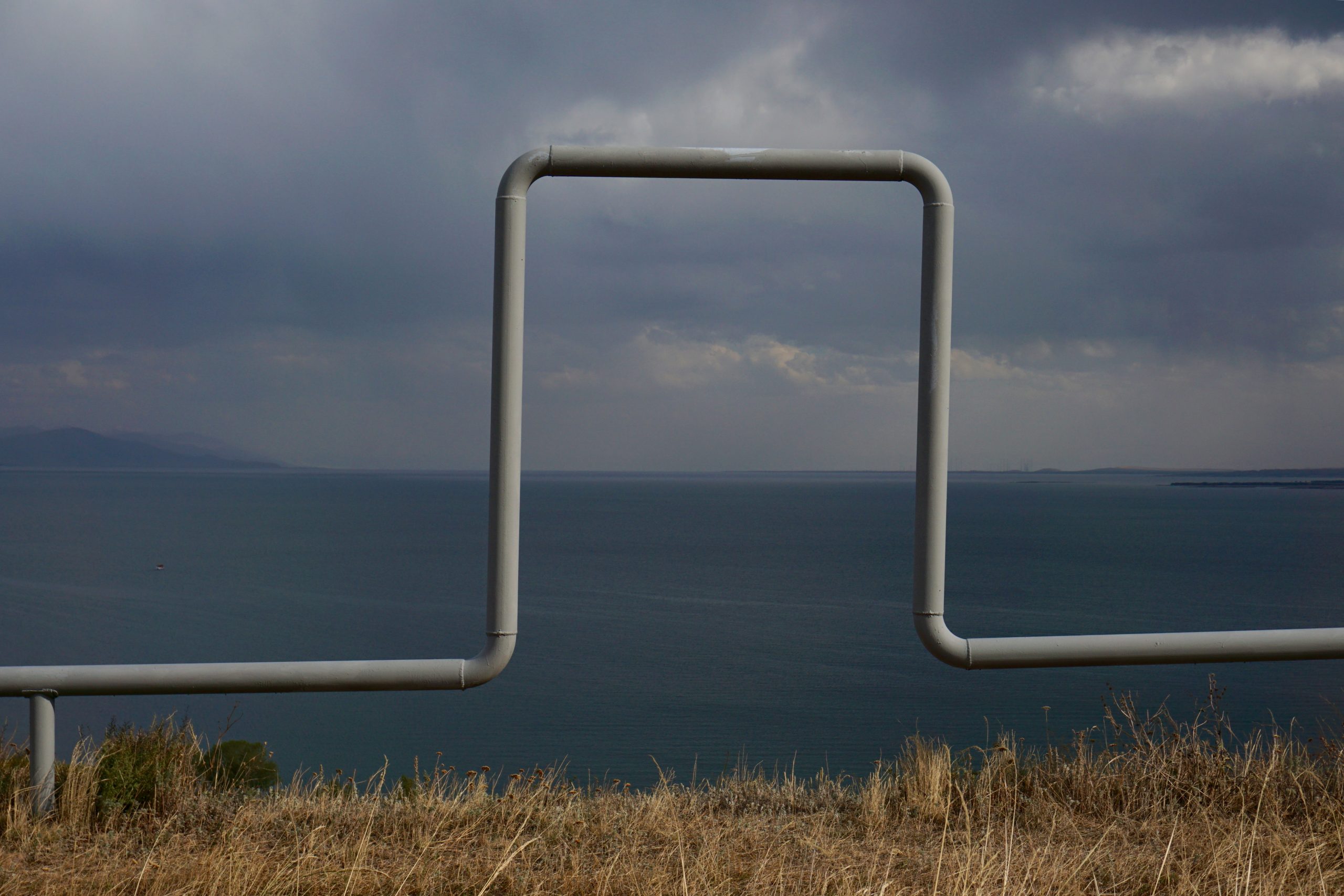 So I trotted back down the road and suddenly a car stopped and a very nice couple invited me for a ride. I accepted. We had to cross the tracks and the driver had to drive very slowly and then he started ranting about the stupid stupid Russians. I don’t know what exactly made him angry – probably everything. Which country was a good one? France! Macron! He beamed. And so I said goodbye in the village with a “Merci” and he was happy and I was also happy about these nice people who even give you a lift when you don’t stick out your thumb.

On the way there, I had already crossed the tracks and thought the line was closed. But I was wrong, goods trains were running and I saw two in a row. 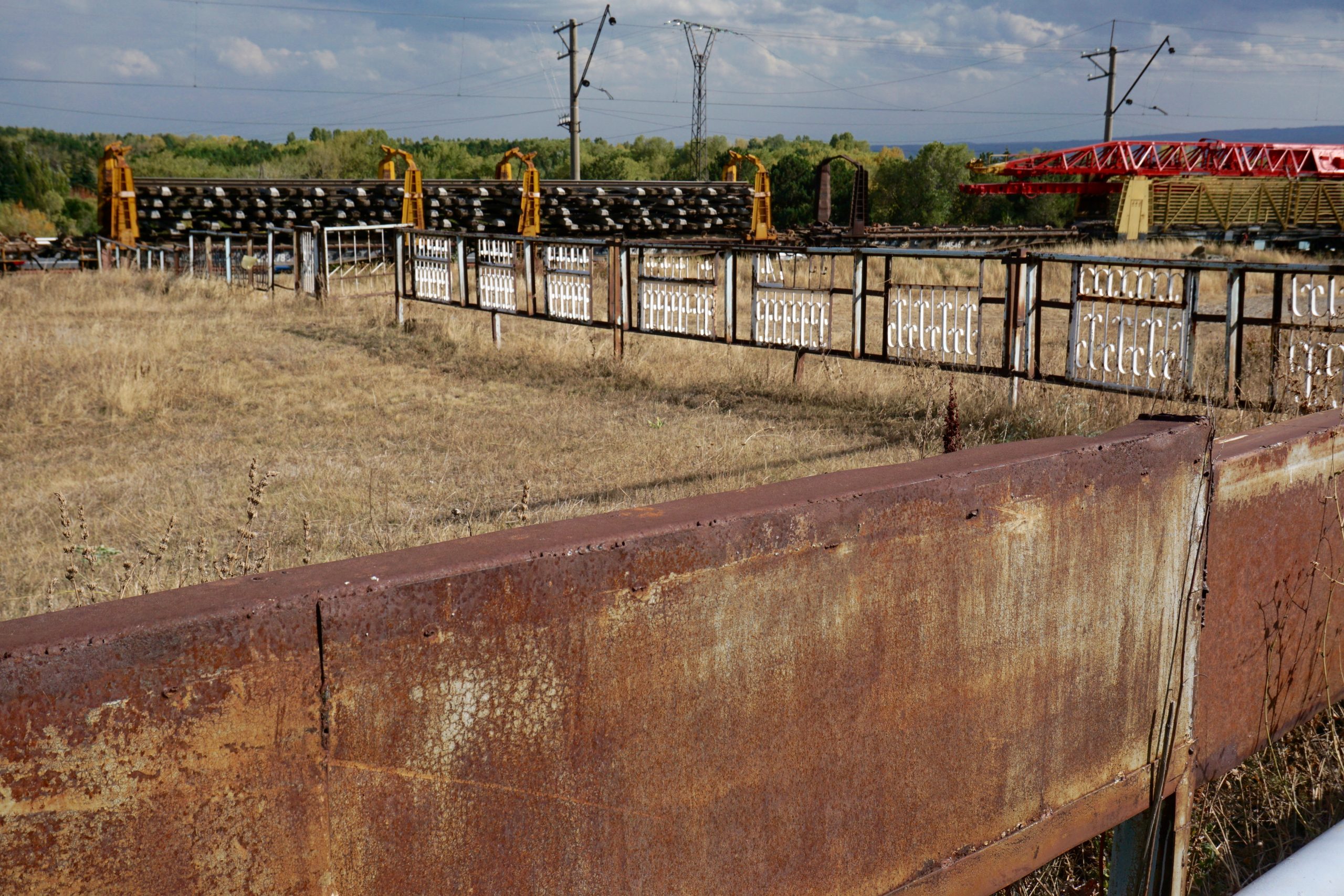 In the above third a goods train 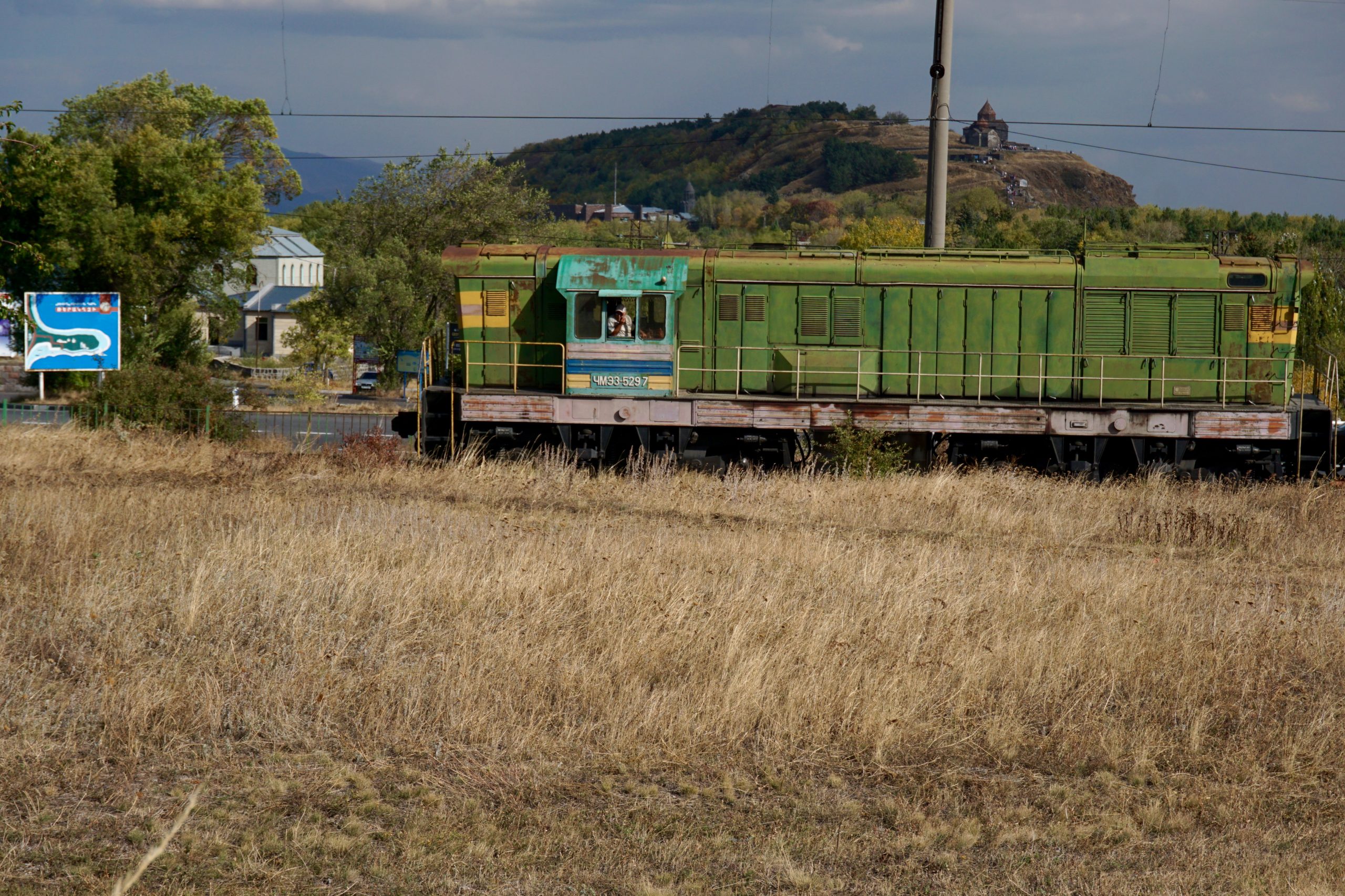 Locomotive pushes from behind

And the next day? 2 surprise were waiting for me!